Brooklyn, NY (February 2, 2017) – 1:54 Contemporary African Art Fair, the leading international art fair dedicated to promoting contemporary art from a diverse set of African perspectives, is pleased to announce the galleries exhibiting in the third edition of the New York fair, which will take place at Brooklyn’s Pioneer Works from May 5-7, 2017, with press preview on Wednesday, May 3 and press and collectors preview on Thursday, May 4.
The 2017 New York edition of 1:54 will welcome 19 galleries from (Angola, Cote d'Ivoire, France, Ghana, Italy, Kenya, Morocco, UK, US, South Africa), collectively exhibiting the work of more than 60 artists. Each year, 1:54 aims to welcome a diverse and global mix of galleries that are dedicated to supporting and promoting African art and artists from across the world. This year, the fair will welcome 9 new galleries, further broadening and diversifying the mix of unique artworks on view to the public.
“We’re very eager and excited to return to New York this May,” notes 1:54 Founding Director Touria El Glaoui. “The fair was a huge success for our many participating galleries and partners last year, so we’re excited to return to Pioneer Works for another edition this year. We have a great mix of new and returning galleries who are planning to bring an exceptional smattering of artists from around the world that demonstrate the importance of African art. In the coming weeks and months, we will be announcing a series of special programs that will run concurrently with the fair, so we look forward to announcing more about this next edition very soon.”
This year, 1:54 New York’s impressive roster of over 60 African and African diaspora artists will include internationally renowned figures such as: Ibrahim El-Salahi, William Kentridge, Malick Sidibé, Billie Zangewa and a roster of young promising artists such as Derrick Adams, Cheikh Ndiaye, Serge Attukwei Clottey, Boris Nzebo, Lebohang Kganye and Mohau Mokadiseng.
Returning exhibitors said:
“1:54 NY continues to be a platform to meet new collectors and engage with curators from important museums across the US. The fair is a core part of our gallery program in building artists' careers.”
Jack Bell Gallery, London, UK
“For us, Brooklyn is a really great place to connect with a diverse audience, which is integral to the contemporary African art narrative.”
TAFETA, London, UK

For the third year in a row, 1:54 New York will be accompanied by FORUM, the fair’s extensive talks and events program, including artists talks, keynote lectures and panel discussions with international curators, artists and art professionals. FORUM is curated by Koyo Kouoh, Artistic Director of RAW Material Company, Dakar. The full FORUM program will be announced in March.
This year’s fair will also include an expanded collateral program of special projects, 1:54 non-profit section, at Pioneer Works, with further details to be announced closer to the fair’s opening this spring.

About 1:54 Contemporary African Art Fair
With semiannual editions in London and New York, 1:54 is the leading international art fair dedicated to contemporary art from Africa and its diaspora. Drawing reference to the fifty-four countries that constitute Africa, 1:54 is a sustainable and dynamic platform that is engaged in broadening contemporary dialogue and exchange in relation to the continent. Initiated by Touria El Glaoui in 2013, October 2016 marked its fourth consecutive edition at Somerset House, having returned from its second New York edition in May 2016. 1:54 New York 2017 will showcase 19 exhibitors and present over 60 African and African diaspora artists at Brooklyn’s Pioneer Works.

About 1:54 FORUM
As an independent section of 1:54 Contemporary African Art Fair, FORUM's discursive program explores convergences across artistic and cultural production, critical thinking and ideas. FORUM is curated by Koyo Kouoh (Artistic Director, RAW Material Company, Dakar).
About Touria El Glaoui, 1:54 Founding Director
Touria El Glaoui is the Founding Director of the leading international art fair, 1:54 Contemporary African Art Fair, which takes place semiannually in London and New York. Born and raised in Morocco, El Glaoui completed her education in New York before beginning a career in the banking industry as a wealth management consultant. After 10 years she relocated to London, where prior to initiating 1:54 in 2013, she occupied various business development positions in the Telecom/IT industry in the Middle East and Africa.
Parallel to her career, Touria has organized and co-curated exhibitions of her father’s work, Moroccan artist Hassan El Glaoui in London and Morocco. She has spoken widely and chaired numerous discussions on contemporary African art and women in leadership at international organizations.
In 2016, Touria El Glaoui was listed amongst the 100 most powerful women in Africa by Forbes; amongst the 50 most powerful women in Africa by Jeune Afrique in 2015; and the 100 most influential Africans in business by NewAfrican in 2013
About Pioneer Works
Through a broad range of educational programs, performances, arts and science residencies, and exhibitions, Pioneer Works seeks to transcend traditional disciplinary boundaries, foster community, and provide a space where alternative modes of thought are supported and activated in tangible ways.
The organization was founded in 2012 by artist Dustin Yellin and is located in a 25,000-square-foot manufacturing warehouse in Red Hook, Brooklyn. After an extensive renovation, the facility now houses artist studios, exhibition and performance spaces, a science lab, a recording studio, and other spaces as needs arise. The floor plan is open and flexible, encouraging a transparent, collaborative environment where international artists, musicians, scientists and educators can co-exist and create together. 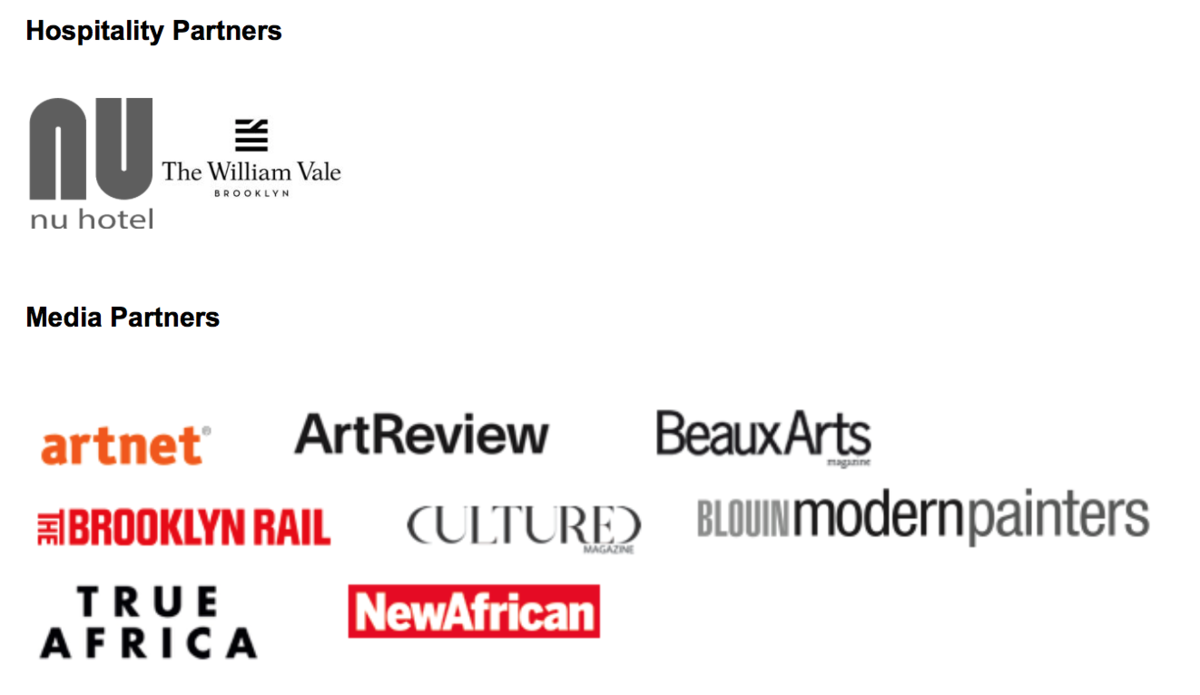