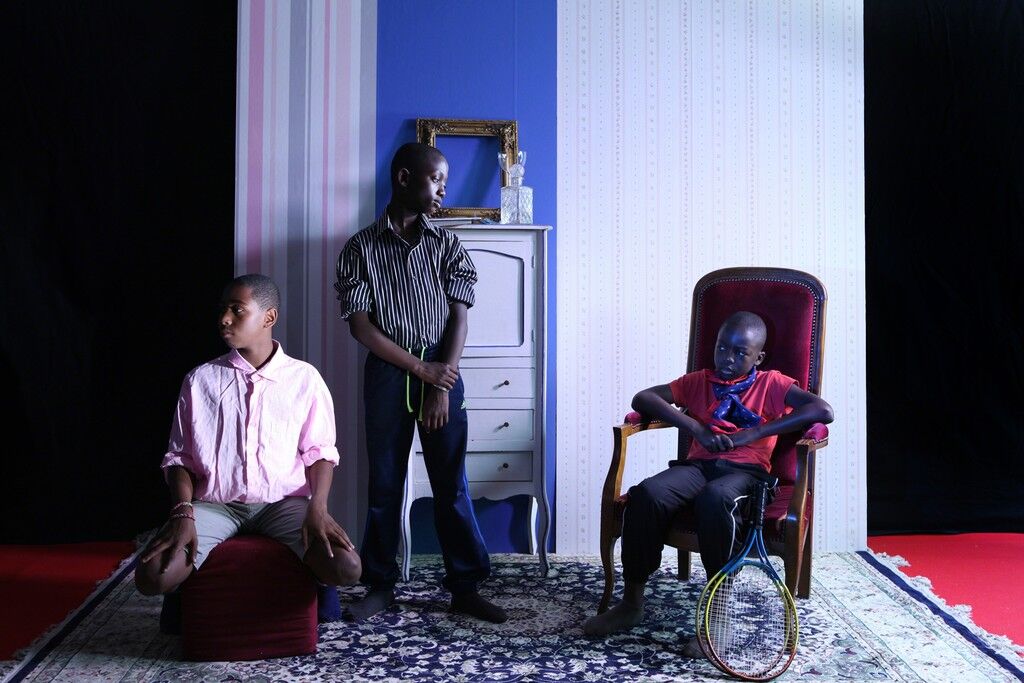 With every edition of 1-54, the fair aims to promote the best talent from all over the world both in the exhibited galleries and in 1-54’s non-profit section of the Special Projects.

This year, the Special Projects encompass a wide variety of media and touch upon extremely timely ideas, social issues and contemporary discourses. Hoping to bring faceted and fresh perspectives on art and culture, the selection of projects will showcase the work of a diverse array of artists from Africa and its diaspora.

New York-based artist Azikiwe Mohammed will be installing the first iteration of an outdoor-themed New Davonhaime space for this year’s 1-54 Lounge. The New Davonhaime project is an imaginary town-cum-safe space named after a linguistic amalgamation of the five American cities with the highest density of African-American residents, and its previous iterations have been exhibited throughout the US. Presented in partnership with Pioneer Works.

Working with figurative and portrait styled imagery, Nate Lewis creates sculpted paper photo works that highlight bodies and the unseen tensions of the past, present and future inflicted upon them. He aims to challenge our lenses and the powers that hold our attention with the intention of creating opportunities to question and alter perspectives in a time where our information feeds are severely controlled by the digital world. Presented in partnership with Pioneer Works.

Phoebe Boswell – I Need to Believe The World is Still Beautiful

I Need to Believe The World is Still Beautiful is part of Boswell’s body of work concerned with celebrating and giving agency to the female nude, de-centering the dominant, white, male gaze and saluting women who use their bodies when they haven’t been permitted to use their voices.

Ralph Ziman has reclaimed a Casspir armored vehicle for his work, SPOEK 1. The Casspir is synonymous with the heavy hand of apartheid oppression in the townships and urban areas of South Africa. For his installation, Ziman has covered the surface of the Casspir with elaborate, brightly-coloured panels of glass beads, arrayed in traditional patterns made by artisans from Zimbabwe and the Mpumalanga province of South Africa.

Lagos at Large is a virtual reality project developed by artist Jumoke Sanwo, relating a simple story of abandonment told in nine diverse ways. Home is a 360-degree anthology documentary-art film in which five people have been asked to explore the theme of ‘HOME’ using 360-degree technology.