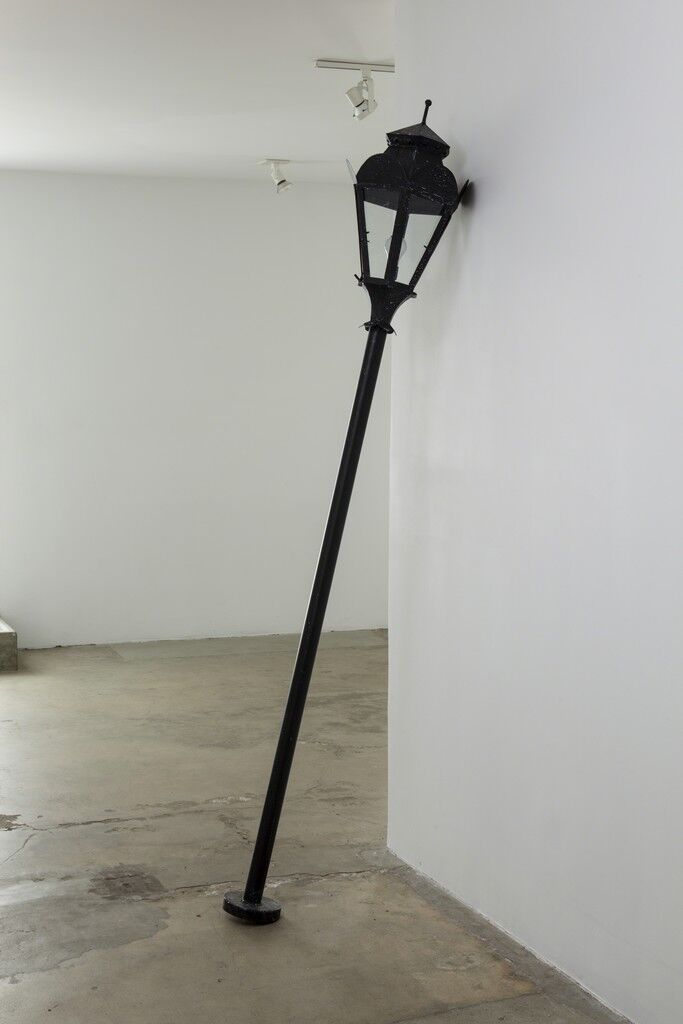 Fittingly, the exhibition was housed in an empty apartment. A few signs leaned against the wall, one stood on a wiry rug, one was so big it had to perch on a diagonal. They were plucked from this very neighborhood. No, their forms were. Remember: these aren’t readymades these are remakes. Just a few just blocks away, they still exist, or would exist again. Same wood, same wear, same paint, same font, same dirt. Why all this labor to hide itself?

Connor’s installations often play with their context, reproducing architectural elements of the site in which they emerge. The Hammer Museum’s marble staircase. A gallery’s floor or façade. Here, her reproductions form a typology: signs that change buildings. In fact, the apartment was Connor’s, the neighborhood hers. This is something like documentary: look. Yet it seems to lack documentary’s motives: look, then know, look, then feel, even, look, then act. In the static enclave of the gallery, the signs are stripped of their function. Use-value becomes exchange-value. Her virtuosity as a fabricator gives us emphasis without affect or opinion. More outsides that ask us: look.

Perhaps I was waiting for the metonymic slide. To see some structure in residence in the surfaces. The housing market in the typeface, Mid-Wilshire in the plywood. Revelation. The word replica once had this meaning. From the Latin “replicare” to fold back. But somewhere in the eighteenth century the Italian “replicare,” to reply, became simply to repeat. Fiona Connor’s replicas of the built environment are not replies. They are repetitions. She leaves the world exactly as it is.

Image courtesy of the artist and 1301PE. Photograph: Andrew Gohlichs.