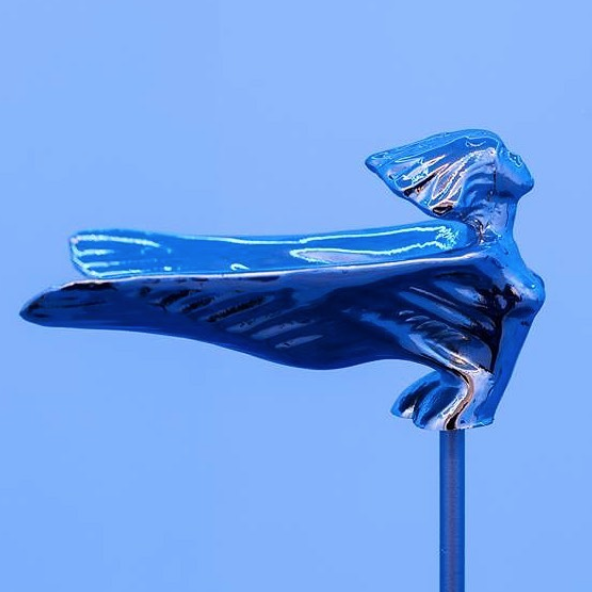 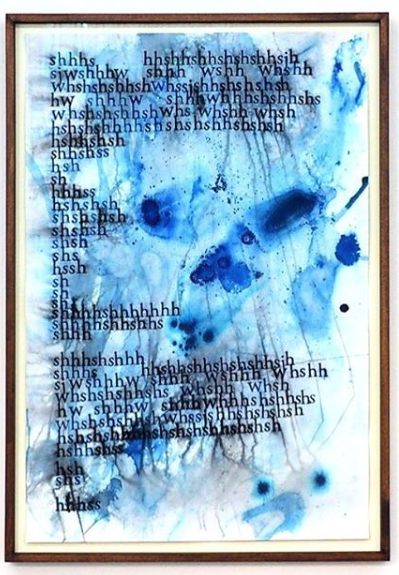 David Horvitz, WHEN THE OCEAN SOUNDS (WAVES), 2018. Courtesy of the artist and Loom Gallery.

Artissima 2018 has eight sections.
Four sections are selected by the fair’s committee:
• Main Section, presenting the most representative galleries on the international scene. This year 94 galleries have been selected, including 44 foreign ones.
• New Entries, section dedicated to emerging international players, with 14 galleries this year, of which 10 from abroad.
• Dialogue, focuses on specific projects in which the works of two or three artists are shown in close dialogue with each other, presenting 19 galleries of which 12 from other countries.
• Art Spaces & Editions, a gathering of galleries specialised in artists’ editions and multiples, project spaces and non-profit initiatives, with 9 exhibitors.
Four of the sections are curated by teams of international curators and directors:
• Present Future
• Back to the Future
• Disegni
• Sound (new!)
Main Section, New Entries, Dialogue, Art Spaces & Editions Selection Committee 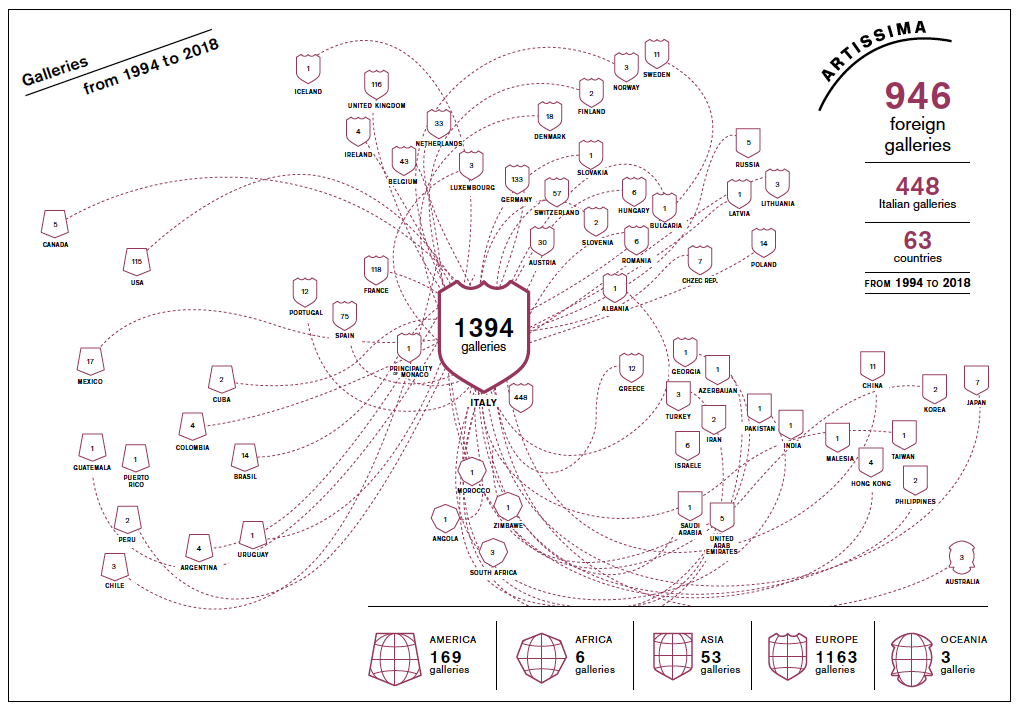 For 18 years now, Present Future is the curated section of Artissima for emerging talents.
The works presented at the centre of the pavilion are the result of in-depth research conducted by the curatorial team composed of Cloé Perrone (coordinator), Myriam Ben Salah and Juan Canela, who for the first time have also evaluated proposals submitted spontaneously by galleries.
In 2018 Present Future features the works of 18 artists presented by 19 galleries (14 foreign, 5 Italian): original projects created specifically for the fair, or being shown for the first time in a European and Italian context.
During Artissima, one of the artists in the section will receive the illy Present Future Prize, sponsored by illycaffè since 2001 and now at its 18th iteration. Assigned by an international jury to the project deemed most innovative, since 2012 the award has granted the winner the exceptional opportunity to have a solo show in the spaces of the Castello di Rivoli Museum of Contemporary Art.
In 2017 the winner was the artist Cally Spooner, presented by the galleries GB Agency (Paris) and Zero… (Milano), with the work Soundtrack for a Troubled Time, 2017. The solo show will open at the museum in parallel with Artissima 2018.
Thanks to the contemporary outlook of illycaffè and the active partnership with Castello di Rivoli, the illy Present Future Prize makes an important contribution to the success of emerging artists, and confirms the vital role of Artissima in the support of international talents.

Winners of the previous editions

BACK TO THE FUTURE

Back to the Future is the curated section of Artissima for the rediscovery of the pioneers of contemporary art, underlining the importance of artists who have played a central role in the transformation of formal languages, and whose works are actively influencing contemporary practices.
Now at its ninth edition, in 2018 the section concentrates on the period 1980-1994, the 15 years prior to the birth of the fair: a unique opportunity to rediscover the art trends in progress on the international scene when Artissima made its debut, and to assess their impact on today’s creative experimentation.
Presented in an assigned area of the pavilion with a museum-quality display, Back to the Future has been coordinated for the second consecutive year by Anna Daneri with the curatorial team of Cristiano Raimondi, Gabriela Rangel and Pietro Rigolo.
In 2018 Back to the Future focuses on 21 artists, presented by 23 galleries (17 foreign, 6 Italian).
During Artissima an international jury will select the gallery with the most interesting project in terms of historical importance and presentation to receive the Sardi per l’Arte Back to the Future Prize, created in 2014 thanks to the partnership with Fondazione Sardi per l’Arte, a private Torino-based institution founded by Pinuccia Sardi to support modern and contemporary art.

Back to the Future Committee Jury

Sardi per l’Arte Back to the Future Prize

In its second year, Disegni is the curated section of Artissima focused on drawing, an artistic practice capable of capturing the immediacy of the creative process, the force of artistic gesture, in a space suspended between the nascent idea and the finished work. This medium is going through a period of renewed popularity, gradually reflected on the market, especially among new collectors.
The section provides a high-level showcase curated for the second year in a row by an exceptional duo: João Mourão and Luís Silva, directors of the Kunsthalle Lissabon, Lisbon.
Disegni will focus on the works of 23 artists represented by 24 galleries (16 foreign, 8 Italian), in a central area of the fair, to grant greater visibility to the booths and the works they display.
In 2018 Artissima continues its partnership with Irinox, a leading company in the production of blast chillers, which for the second year sponsors the Refresh Irinox Prize for the Disegni section. In 2017 the prize was assigned to David Haines.
This year the prize has grown and will include – besides the award assigned by an international jury to the artist who most vividly conveys the expressive immediacy of drawing in a contemporary way – an acquisition on the part of Irinox selected from the stands participating in the Disegni section.

Winner of the past edition

An important new development at the 25th edition of Artissima is Sound, the new curated section of the fair dedicated to artists working with sound. Located outside the institutional spaces of the fair, the section will be set up in a location of excellence: the OGR – Officine Grandi Riparazioni of Torino, in the dramatic exhibition areas of the Duomo and Binario 2.
To reinforce the experimental character of Artissima, and in tune with the versatile research conducted by OGR on music, performance and art, Sound presents 16 individual sound projects selected by two curators who focus on contemporary interdisciplinary practices: Yann Chateigné Tytelman, a curator and art critic based in Berlin and associate professor of art history and theory at HEAD Geneva, and Nicola Ricciardi, artistic director of OGR – Officine Grandi Riparazioni, Torino.
The section has been created in response to the recent developments of international artistic projects that has seen artists of various generations, challenging many aspects of the logic of visual art through interactive works. Sound, with its intimate and performative manifestations, is used to transform space and its perception, to reactivate memories, to free the imagination, and today it is a major part of many lines of research in a variety of contexts, precisely due to its capacity to evoke and reveal an intangible, always mutable reality.
Starting this year, the OGR Award – the second edition of the prize created for Artissima by the Fondazione per l’Arte Moderna e Contemporanea CRT – has been earmarked for the acquisition for OGR – Officine Grandi Riparazioni of a selected work from the new Sound section.
The architectural concept of the SOUND section is by the architecture firm Vudafieri Saverino Partners. Special thanks to Driade and XO Next Office for their cooperation.

Yann Chateigné Tytelman, curator and art critic based in Berlin, associate professor of art history and theory at HEAD Geneva

Winner of the past edition 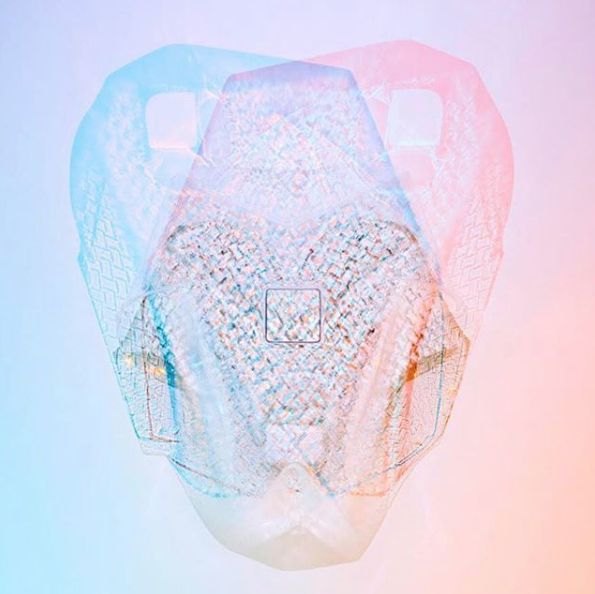 Michael Fliri, The light never sees a shadow, 2018. Courtesy of the artist. 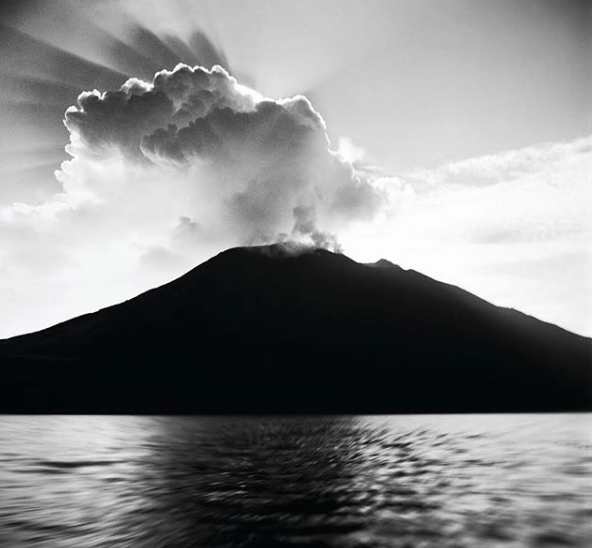