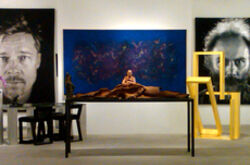 A Corsican Artist Transforms the Ocean Refuse of His Homeland

It’s a romantic idea, an artist born on a Mediterranean island who makes his work with found objects from the sea. Gilles Cenazandotti is such an artist. Shells are not his interest, however, and while his sculptures and collages are certainly easy on the eye, his latest works, available through Contessa Gallery, carry a powerful and useful message.

Cenazandotti is, in short, an artist who cares about the sea, and about the environment in general. He was born on Corsica, and still divides his time between Cap Corse and Paris. In the decades that he’s been traveling between the island and the mainland, he’s become keenly aware of the human damage inflicted on the sea—and the devastation of the wildlife living on and around the coastline. Perhaps it’s not surprising that Cenazandotti works with trash. Among his “found objects” are bottle caps, discarded tubes of sunscreen, and a comb—the flotsam and jetsam of an ordinary day at the beach.  As Cenazandotti writes, “impressed by everything that the Sea, in turn, rejects and transforms on the beaches, I harvest the products derived from petroleum and its industry.” 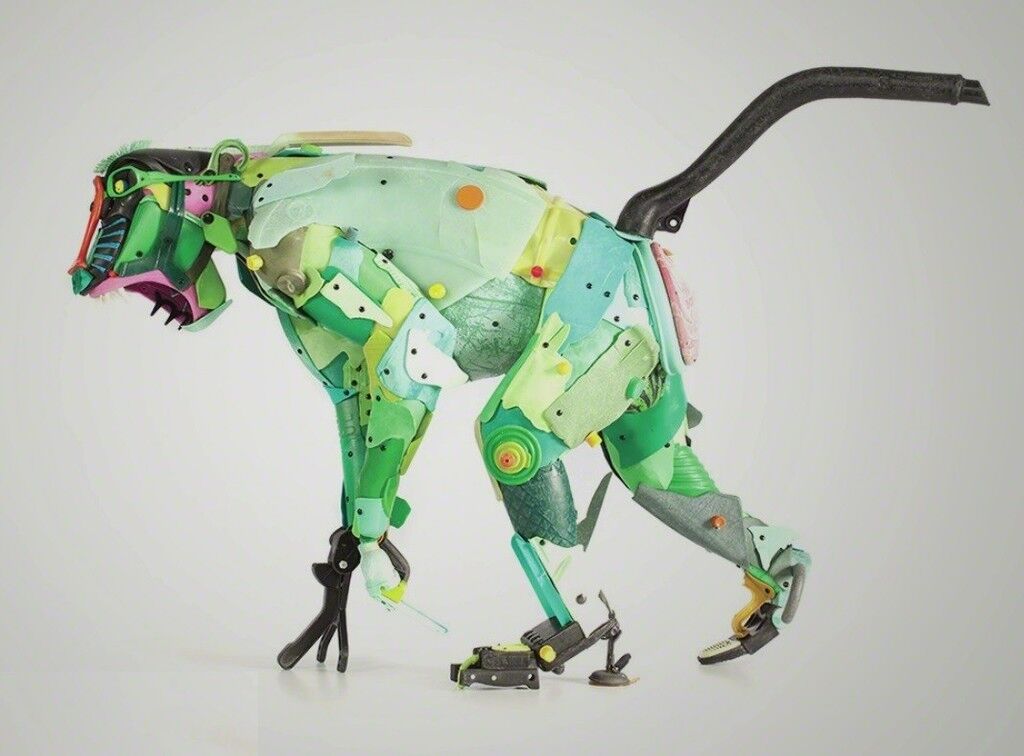 It’s a fact that’s easy to miss when you’re viewing Cenazandotti’s latest works: you’d have to look closely to spot anything resembling garbage amid the tidbits that make up his works, which fall into two camps: animal sculpture and collage. The animals in question are often endangered species, as in Polar Bear (2015) and Baboon (2015). “We force animals to adapt to our conditions and lifestyle,” Cenazandotti has said. “We make them suffer the craziness of our acts, and we make them consume our industrial production. But our survival also depends on them…” 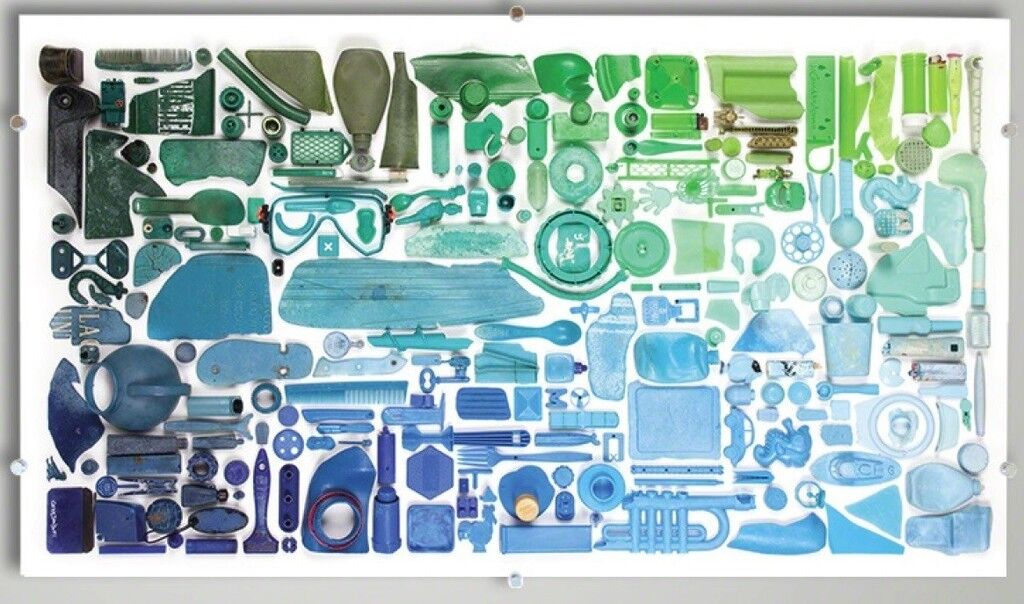 The collages are similar in concept. Like the animal sculptures, they’re vibrantly hued and aesthetically pleasing—and they’re made of trash Cenazandotti found on the beach. Briquets White (2015) is made of cigarette lighters, while Pinces a Linges Hot (2015) of old clothespins. The gorgeous Collage Cold (2015) exemplifies the artist’s trash-to-treasure philosophy: the work includes dozens of found objects, artfully arranged in a continuum of greens and blues that evoke the sea.

In these bodies of work, Cenazandotti blows the lid off any romantic ideas about the ocean. It’s not just a beautiful body of water where fish swim, the artist suggests, but one that churns with human refuse. His impressive sculptures are as much a cautionary tale as an artistic feat.