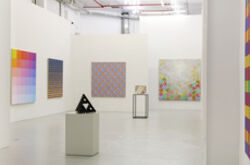 A Santa Fe Group Show Reveals the Abstractions Within Figuration

A new exhibition of figurative paintings in Santa Fe marks a departure for David Richard Gallery, a venue that previously focused exclusively on abstract art. The movement to start featuring figurative works mirrors the relatively recent trajectory of the genre itself. 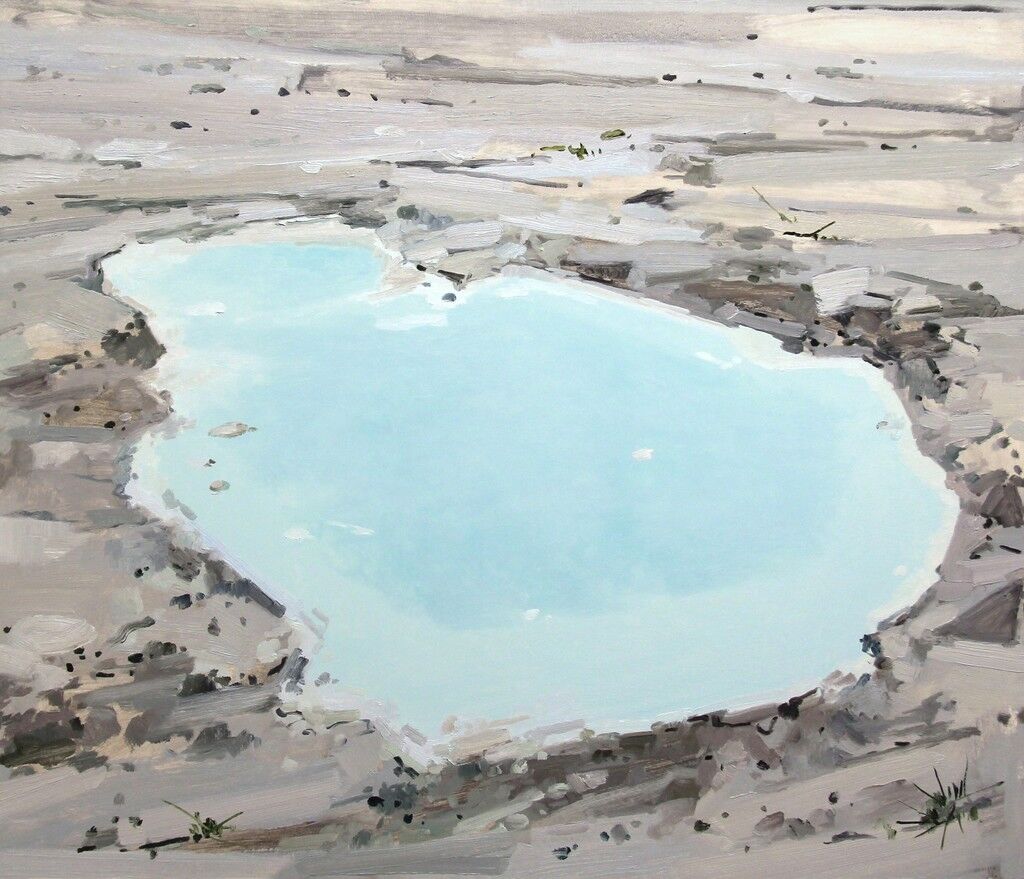 Claire ShermanPool, 2015. David Richard Gallery
“Un(Real),” a group show curated by Mary Dinaburg and Howard Rutkowski, is the debut of the gallery’s figuration program. Considering that David Richard is a gallery that defines itself by its concentration on post-war abstract art, from Abstract Expressionism to Minimalism, it’s a noteworthy step to widen the focus to include figurative painting. And yet it’s a familiar story, if you happen to know something about the history of modern painting.
For much of the 20th century, figurative artwork was relegated to the sidelines. For critics and consumers alike, abstraction was all the rage: there was significantly more interest around avant-garde movements like Cubism. At least, that is, until the 1980s, when a wave of Neo-Expressionist painters (Jean-Michel Basquiat, anyone?)  burst onto the scene and into the spotlight, heralding the revival of figurative painting in the contemporary art world. The widening of scope at David Richard Gallery looks, in retrospect, like an almost inevitable development. 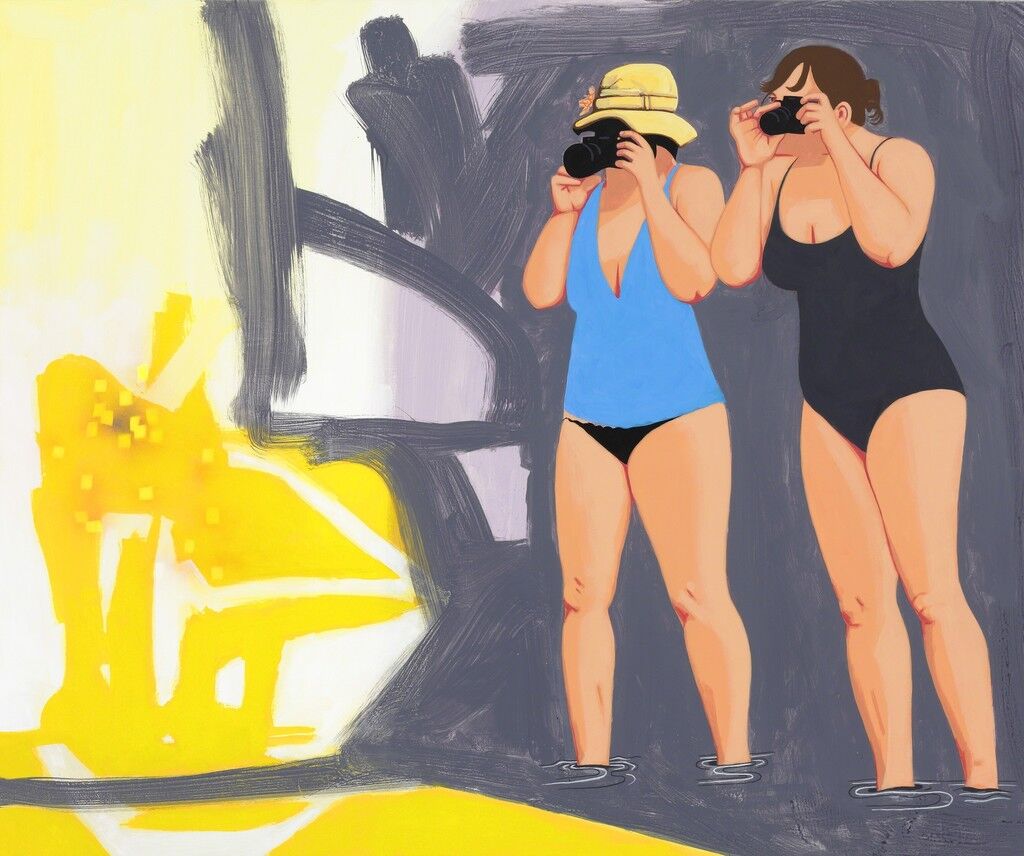 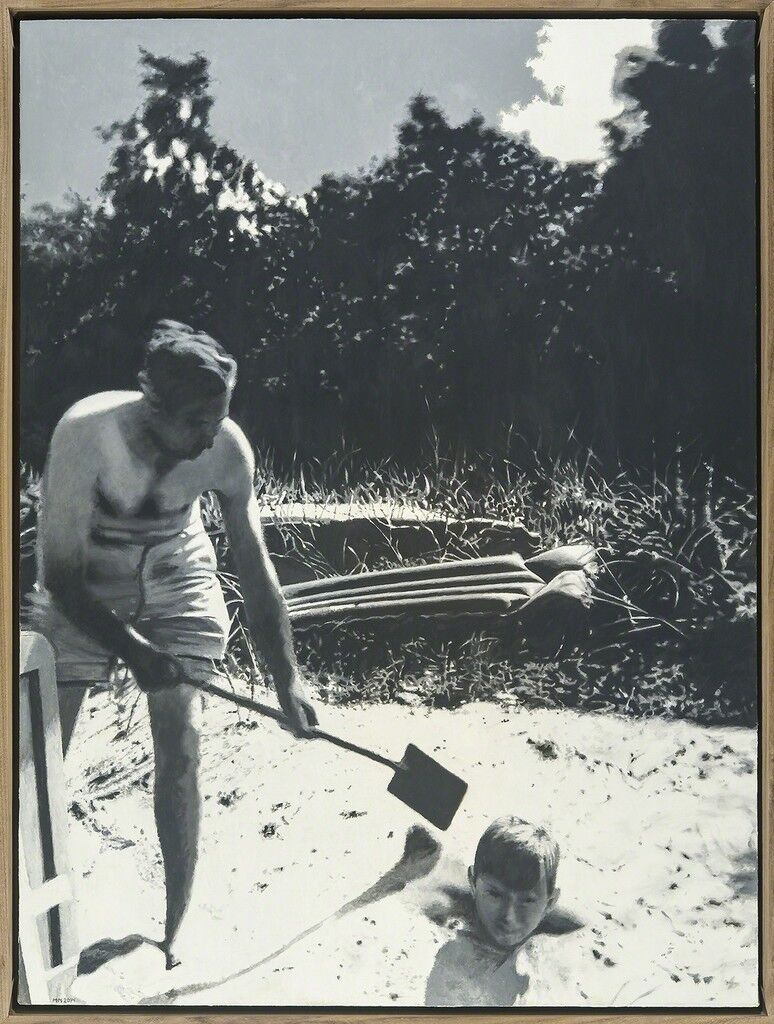 Martin MullFatherly Advice, 2014. David Richard Gallery
And a welcome one, too. “Un(Real)” highlights the work of five talented artists: Michele Bubacco, Angela Fraleigh, David Humphrey, Martin Mull, and Claire Sherman. Though they start with similar subjects, in many instances, the artists approach them with contrasting styles and perspectives. Consider Humphrey’s Shutterbugs (2014) and Mull’s Fatherly Advice (2014): both are beach scenes, seemingly depictions of the all-American family vacation. But the former has a cartoonish quality, an air of Pop Art, while the latter is photorealistic, like an old black and white snapshot—and is vaguely foreboding, the high-contrast tones suggesting an oncoming storm, the expression of the boy, buried in sand, more than a little uncomfortable.
Similarly, elsewhere in the show, seated or supine subjects form the focal points of Angela Fraleigh’s Saturn’s Moon (2015) and Michele Bubacco’s Il Ballo (2014). While Fraleigh’s piece is evocative of a Renaissance painting, with plump, rosy women looking like the grown-up versions of cherubim on an Italian ceiling fresco, Bubacco’s painting is dark and vaguely disturbing, the subject’s face hidden, the figure partly under the table—passed out, perhaps, after an excess of drink. 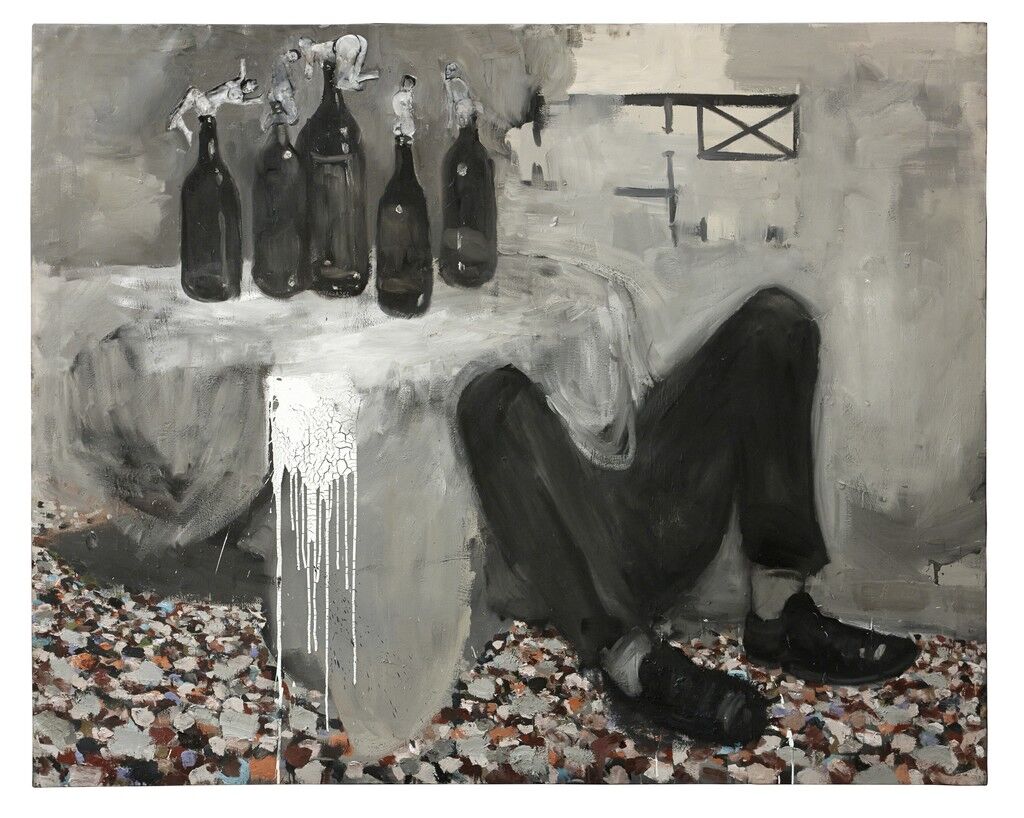 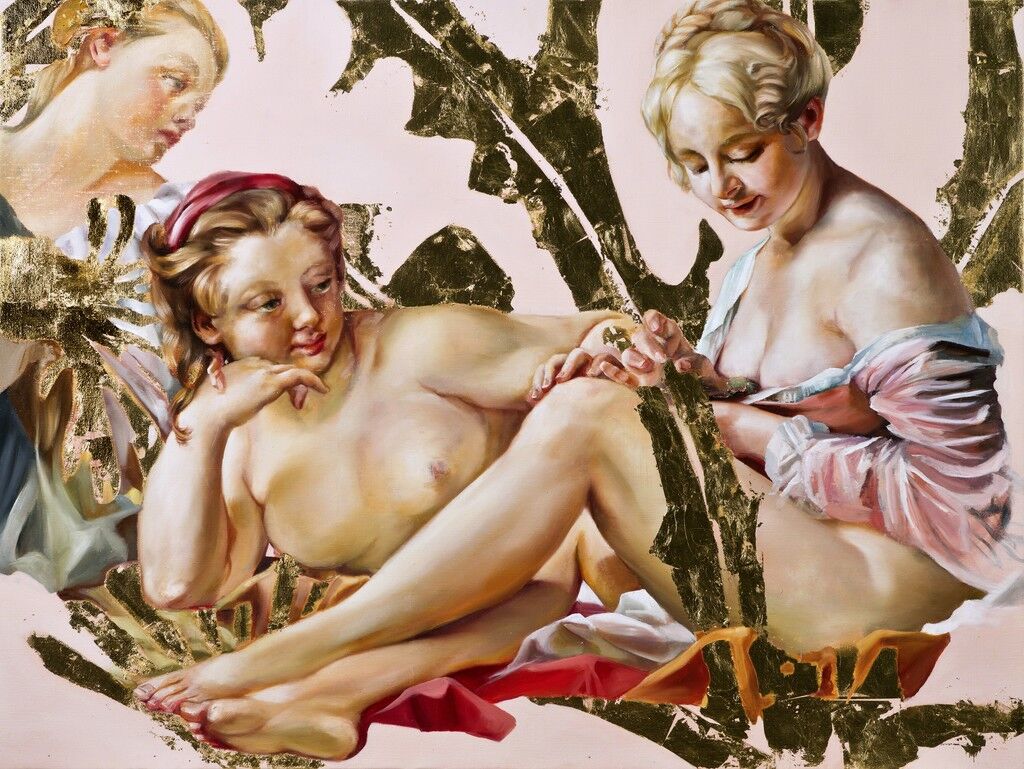 Angela FraleighSaturn's Moon, 2015. David Richard Gallery
Viewing these pieces side by side, the mysterious along with the cheerful, the cartoon beside the photograph, only lends weight to the idea that figurative painting can contain its own strange dimensions and abstractions. “(Un)Real,” as it turns out, is a fitting name, and the show an appropriate and intriguing entrée into the genre for David Richard Gallery.
—Bridget Gleeson
“(Un)Real” is on view at David Richard Gallery, Santa Fe, Jul. 31st – Sept. 26th, 2015.
Follow David Richard Gallery on Artsy.
Share
../../../components/articles_grid/view.coffee