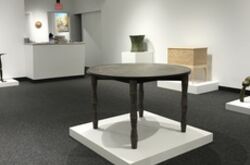 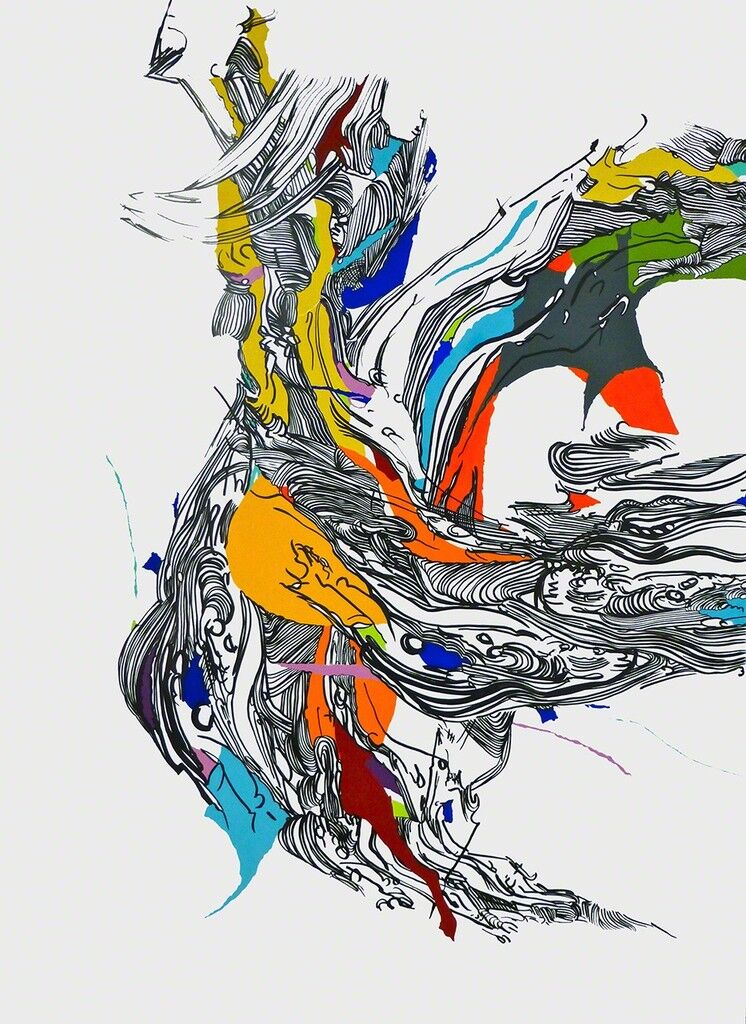 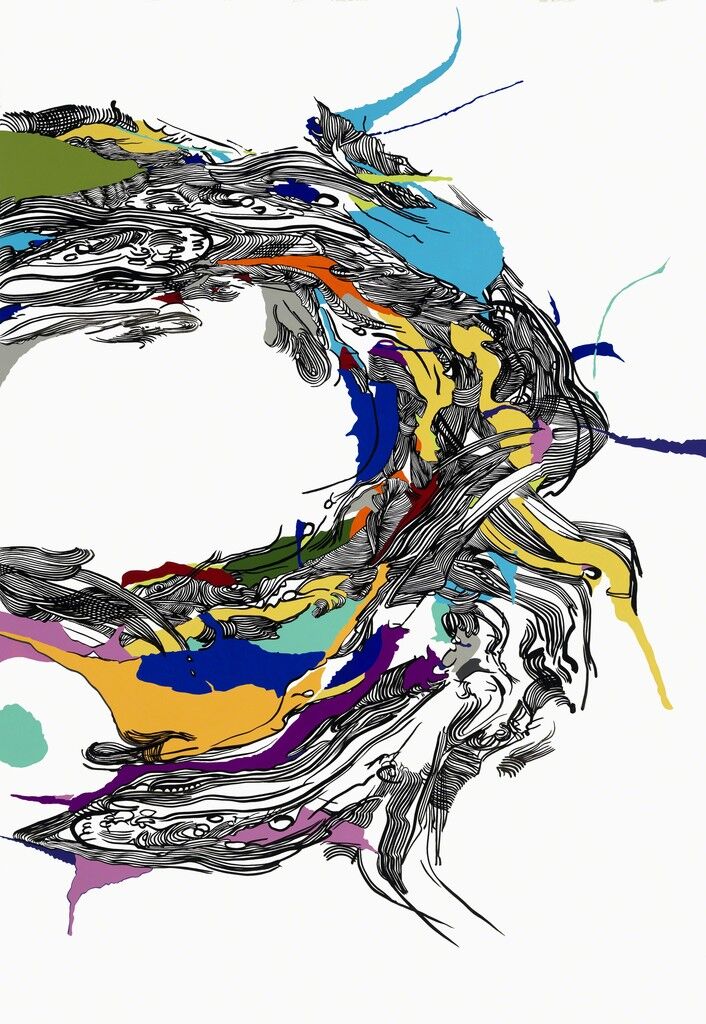 Sophia AinslieIn Person - Monserrat, 2014. Gallery NAGA
In her first exhibition at NAGA, Ainslie brings an international viewpoint to her drawings, paintings, and sculptures. For a recent series, “Consumerism,” she created sculptures and installations from trash, commenting on consumption and the pervasiveness of waste. In contrast, her new show, titled “Pata Pata,” explores a more personal subject. Taking its title (which means “touch touch”) from a song of the South African Xhosa people, the exhibition was inspired by a single X-ray taken of her mother while she was dying of cancer.
After digitizing the X-ray, she rearranged its forms and lines into a new composition, then projected it onto her substrate, filling it with India ink, acrylic, and flashe paint. The resulting works are intricate networks of sinewy black lines and flat fields of color; they appear both fluid and explosive. Works from the “In-Person” series, such as In Person - Highrise and In Person - Montserrat (both 2014), juxtapose loose-handed organic textures resembling tree trunks or crashing waves with the uncanny, cut-and-paste shapes she achieves through digital drawing. 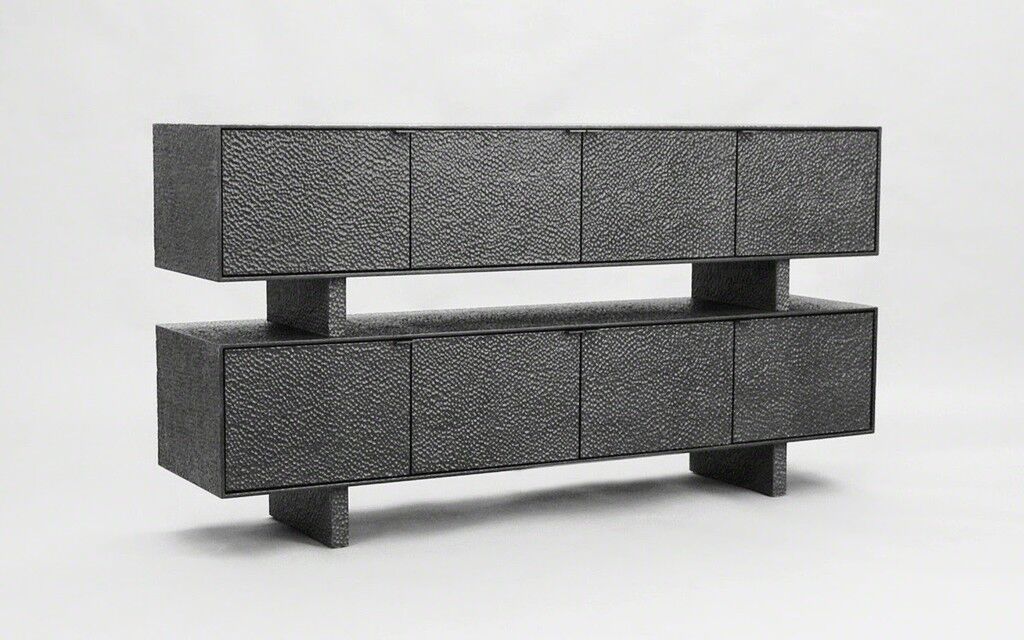 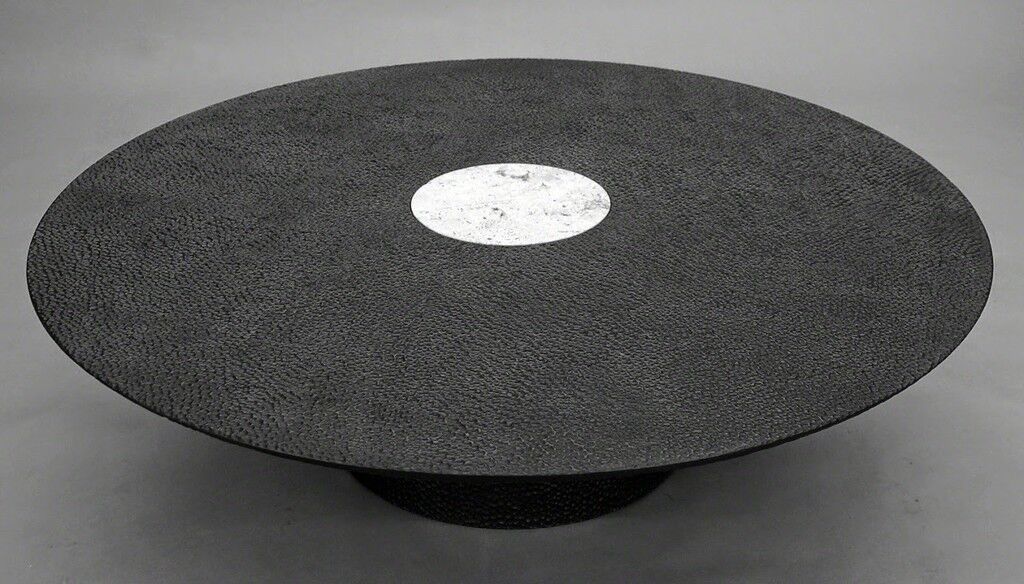 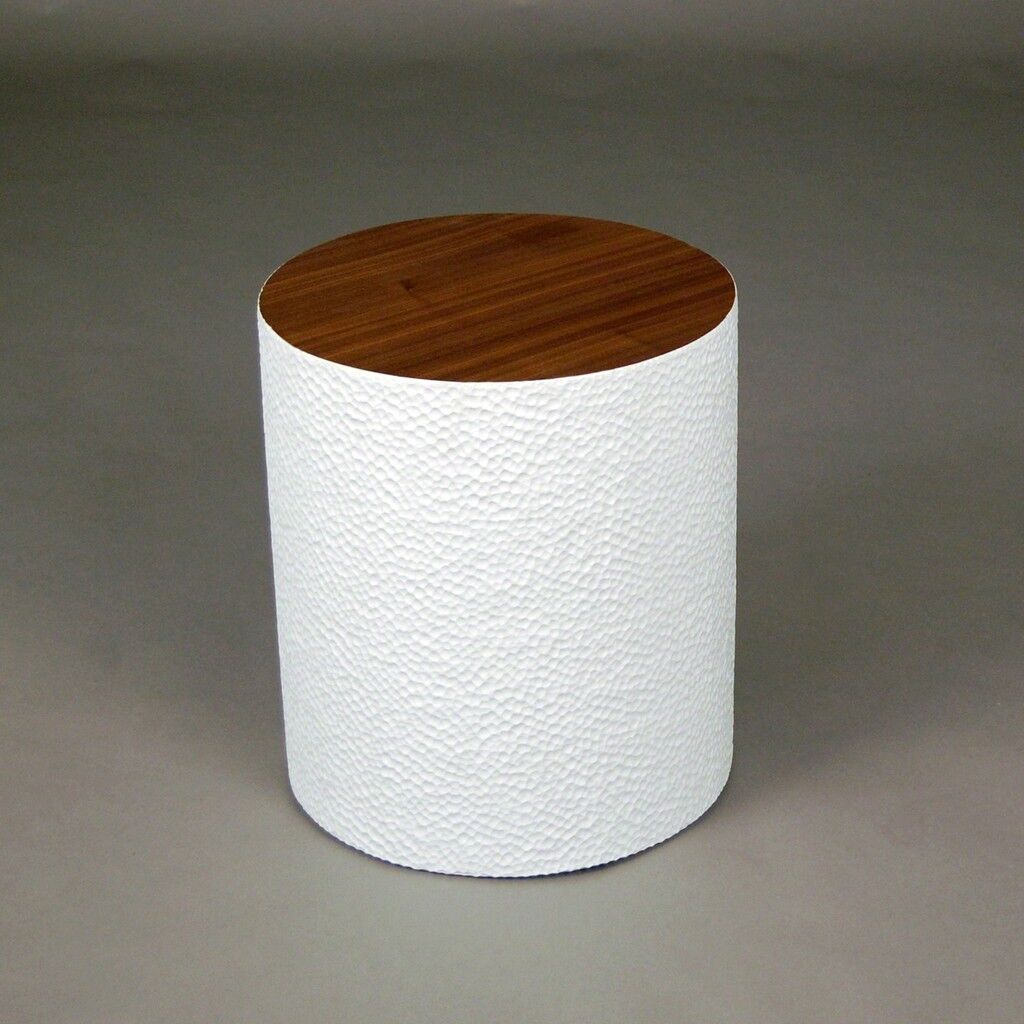 John Eric ByersWalnut Drum Table, 2015. Gallery NAGA
Conversely, designer John Eric Byers, a student of Wendell Castle and the grandson of a carpenter, employs  clean geometry and fine craftsmanship in his widely admired wood furniture pieces, which have been collected by the Museum of Arts and Design in New York and the The Smithsonian American Art Museum in Washington, D.C., among others. Working out of a studio in upstate New York, Byers take simple forms—cylinders, long rectangular boxes, circles—then covers their surfaces with subtle but intricate textures, lacquer, and milk paint with such mastery that his chosen material, primarily solid maple or walnut, becomes unrecognizable. Tall cabinets, benches cut with curved seats, and simple cylindrical tables all exemplify his sleek, timeless aesthetic.
—K. Sundberg
“Pata Pata” and “Form is Function” are on view at Gallery NAGA, Boston, Sep. 8–Oct. 3, 2015.
Follow Gallery NAGA on Artsy.
Share
../../../components/articles_grid/view.coffee