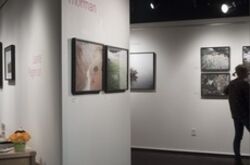 Pioneering architect Le Corbusier’s famous statement that “the house is a machine for living” resonates in the works of Kai Caemmerer and Noah Addis—two photographers currently showing at Pictura Gallery. Through images of modernist apartment complexes and sprawling shanty towns, the two artists question how architecture shapes society, paying special attention to the ways in which domestic buildings impact our everyday lives. 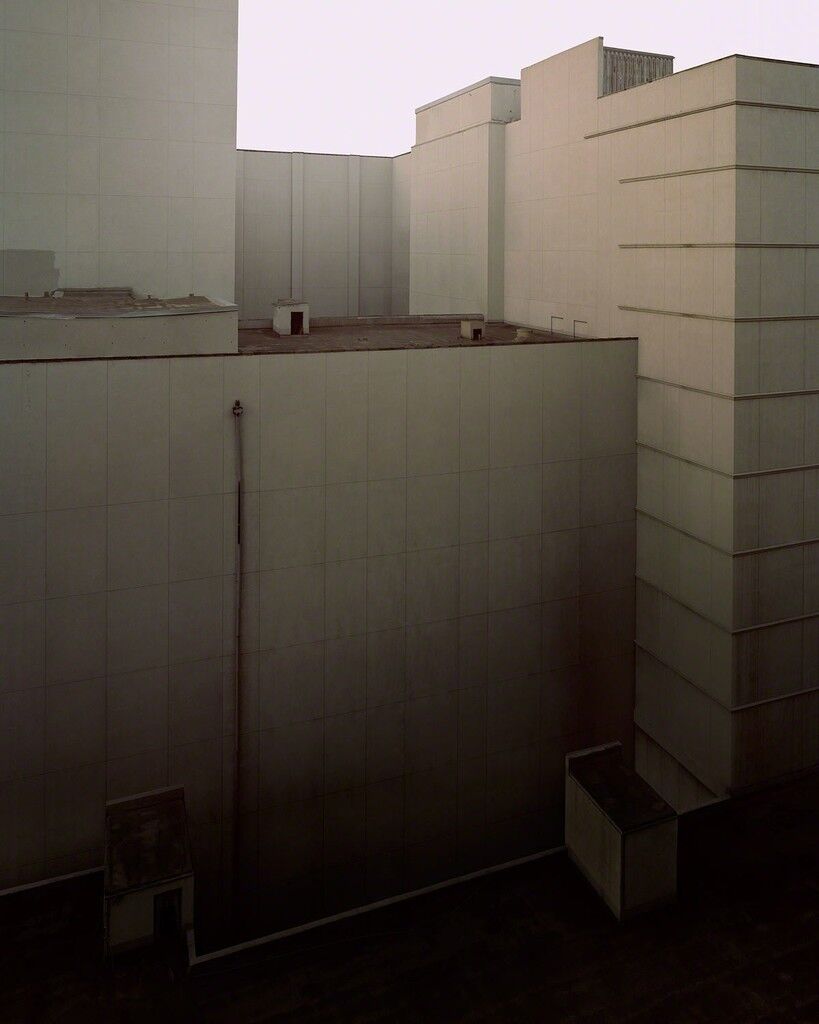 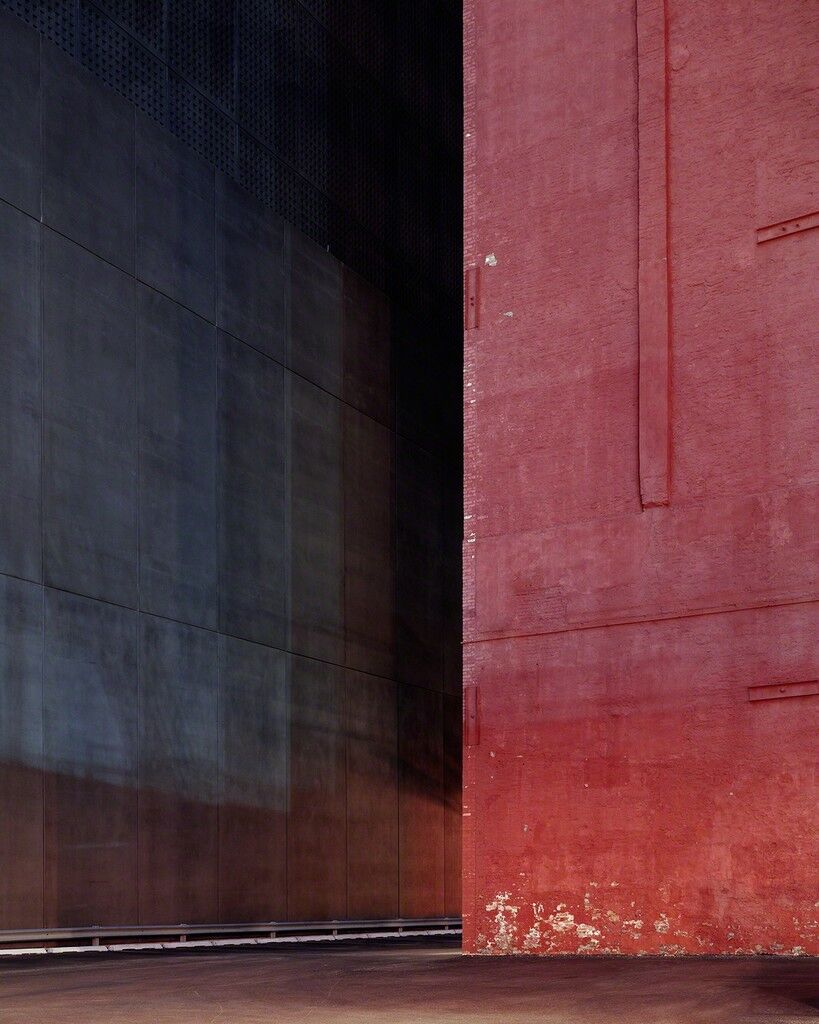 Kai CaemmererSites, No. 120, 2015. Pictura Gallery
In Kai Caemmerer’s atmospheric images, imposing buildings become imbued with expressive qualities. Caemmerer never photographs a whole structure, instead favoring close-ups. The effect is to magnify the sense of scale, making it seem as though these edifices reach impossible heights. Caemmerer has noted that he aims to locate the sublime within contemporary architecture. He succeeds through a careful attention to dramatic lighting, like in Sites, No. 120 (2015), where a mysterious light emanates from behind a red wall. Some images verge on the futuristic. Unborn Cities, No. 02 (2015), for instance, shows a building of unknown purpose in stark contrast with the rows of older homes behind it. And the glowing blue lights of Unborn Cities, No. 09 (2015) look like they could be borrowed from a science-fiction film set. 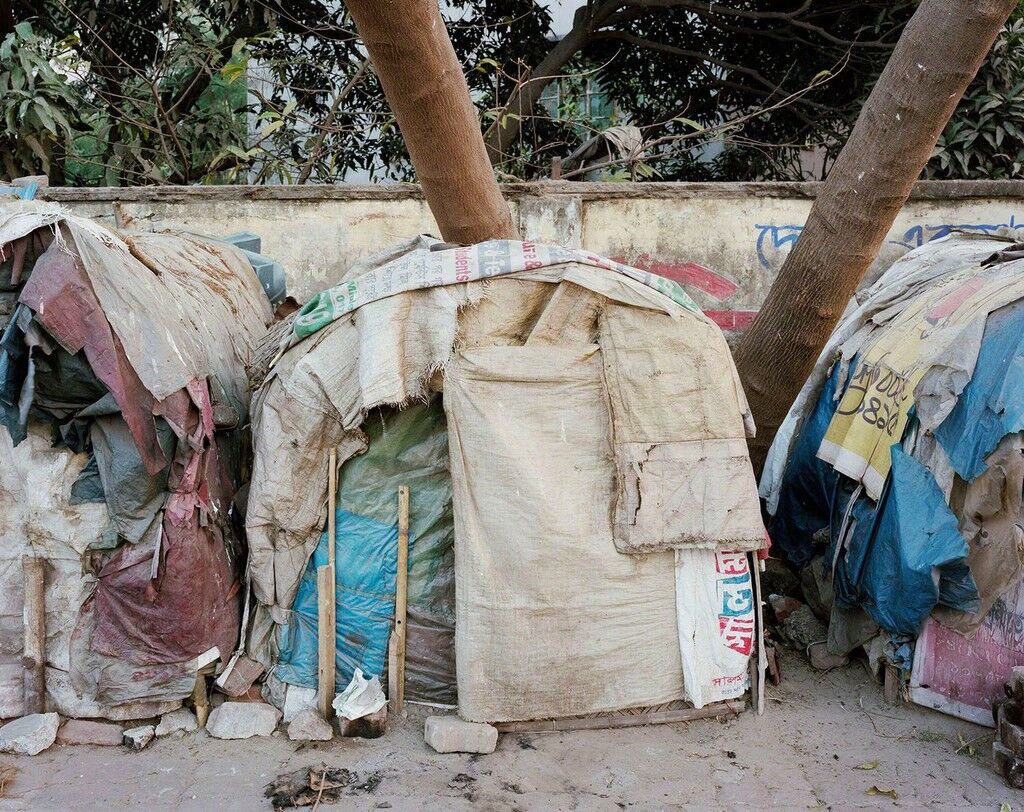 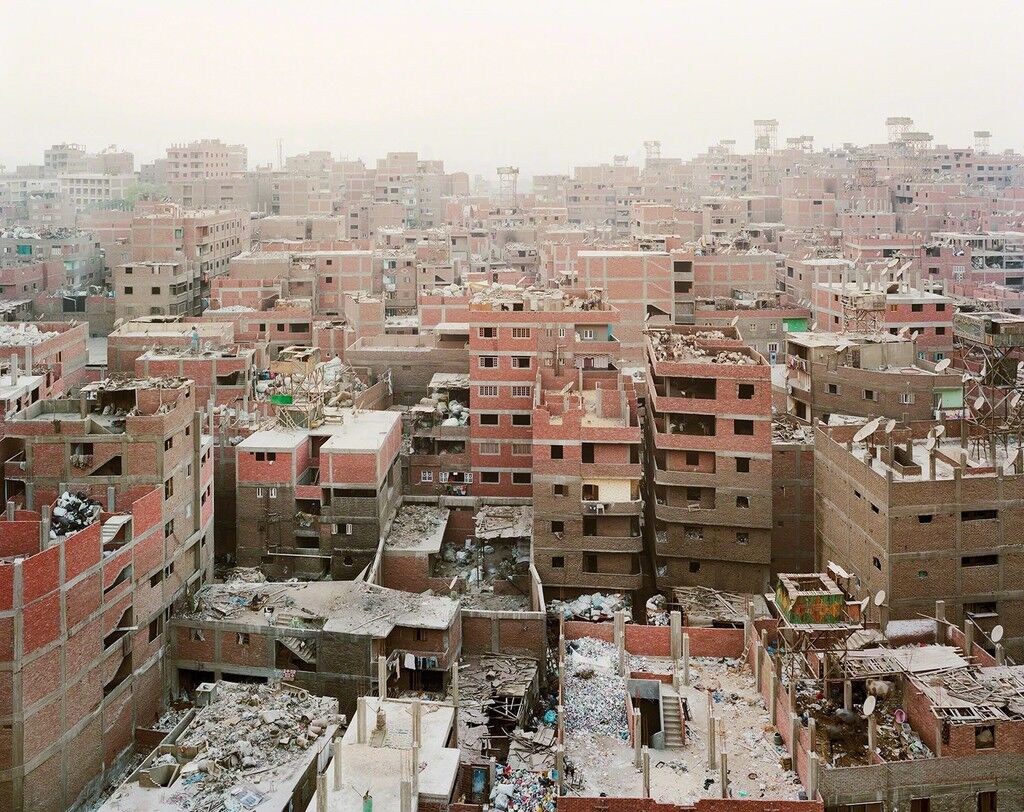 Noah AddisManshiet Nasser #1; Cairo, 2012. Pictura Gallery
While Caemmerer trains his lens on monumental urban structures, Noah Addis photographs architecture that’s more ad-hoc in nature: the informal settlements and otherwise improvised dwellings (often referred to as slums) found in countless cities across the globe. In contrast to Caemmerer’s minimalist compositions, Addis’ prints overflow with pictorial information. Nakhalpara #1; Dhaka (2012), for instance, shows a string of homes stretched along the edges of railways. Though a less-than-ideal site to build a home, the image is full of life, depicting people meandering through the market and joining together to eat. Bawnia Badh Block C, Mirpur; Dhaka (2013) highlights the sense of calm offered by a lake in the midst of an otherwise crowded sprawl of homes. And Lallubhai Compound Eviction #1; Mankhurd, Mumbai (2011) shows a debris-covered stand of makeshift homes, through which a small field of untouched grass peeks. Across the series, Addis balances the difficulties these environments pose with the humanity of the people who occupy them. Taken together, the series expose two ends of our globe’s domestic spectrum, each shedding light on how the homes we build reflect contemporary culture and the human condition alike.
—Andrew Wagner
“Kai Caemmerer + Noah Addis” is on view at Pictura Gallery, Bloomington, Indiana, Feb. 5–Mar. 26, 2016.
Follow Pictura Gallery on Artsy.
Share
../../../components/articles_grid/view.coffee