This Month in Design: Drawings from the Development of NYC in the 1960s + a Colorful Exhibition Sure to Cure Your Winter Blues 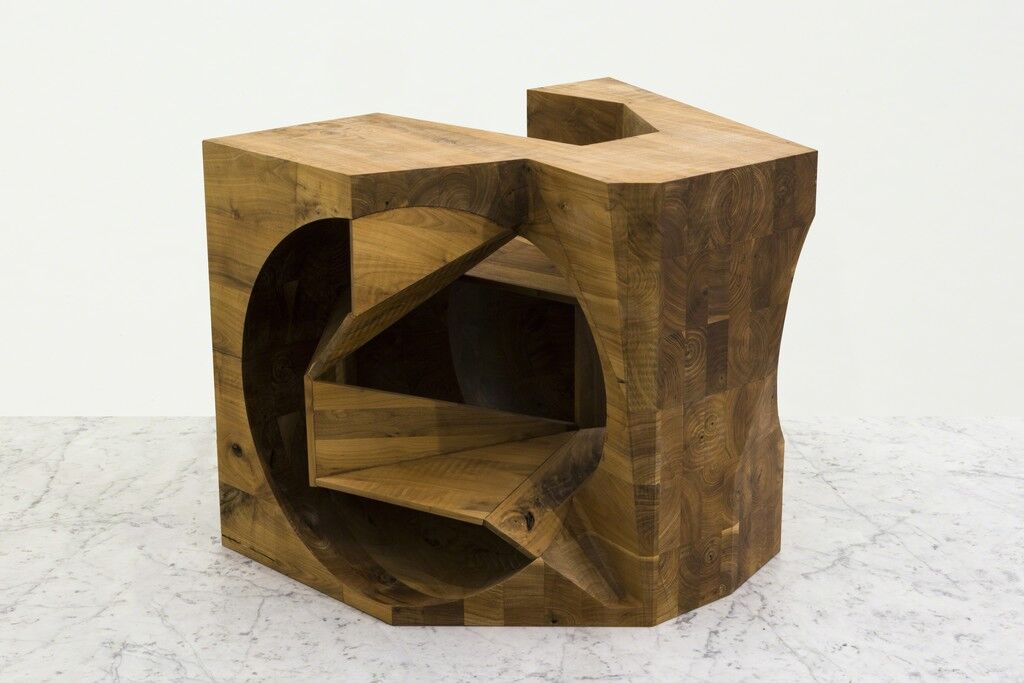 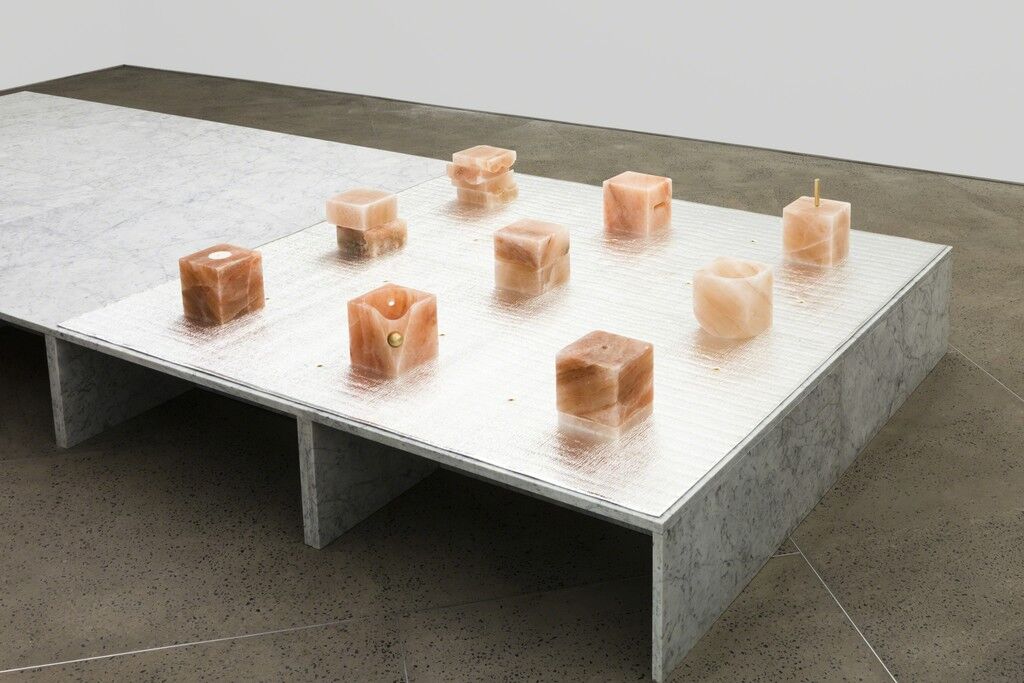 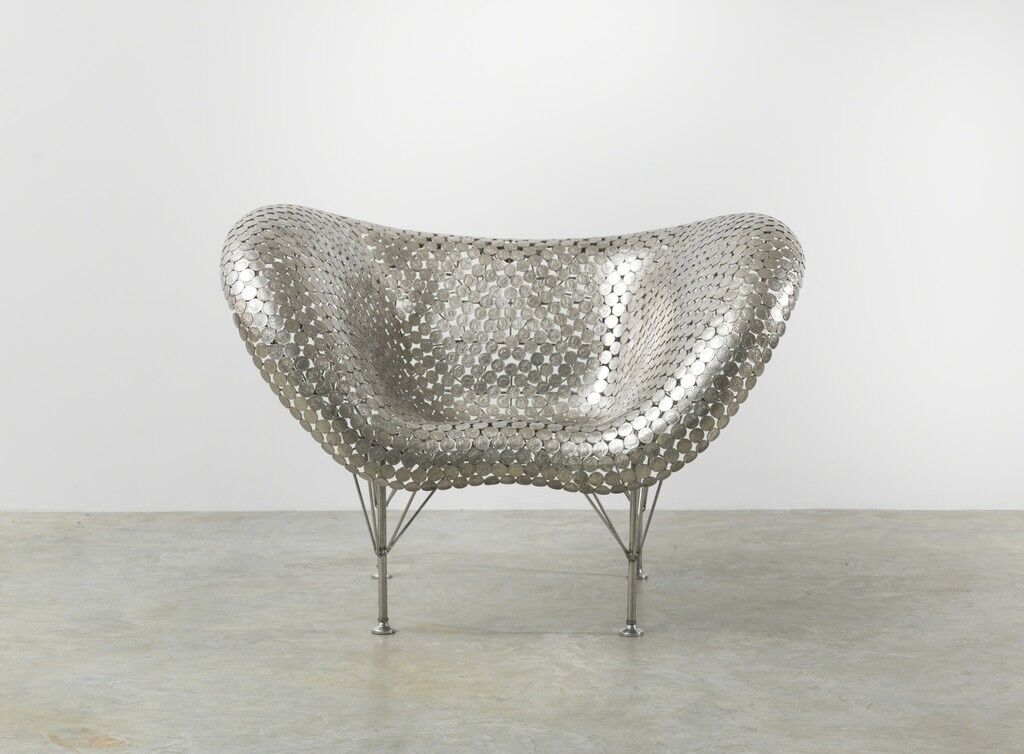 Jonny Swing
Half Dollar Chair, 2003
Friedman Benda
Advertisement
Be sure to catch “The Garden in the Machine: Organic Design 1930 to the Present” at Friedman Benda before it closes on February 13th. The exhibition juxtaposes modernism and craft— mid-century schools long considered to be in conflict. Also opening February 25th are “Marcel Wanders: Portraits” and a solo showing of up-and-coming designer
Misha Kahn
. 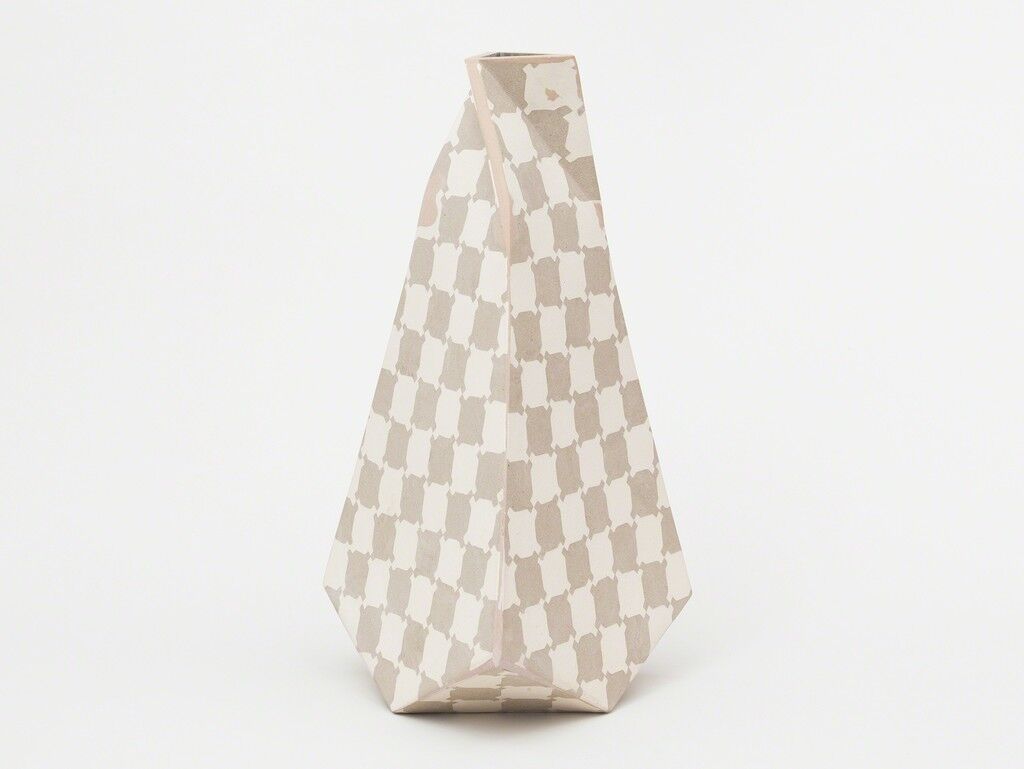 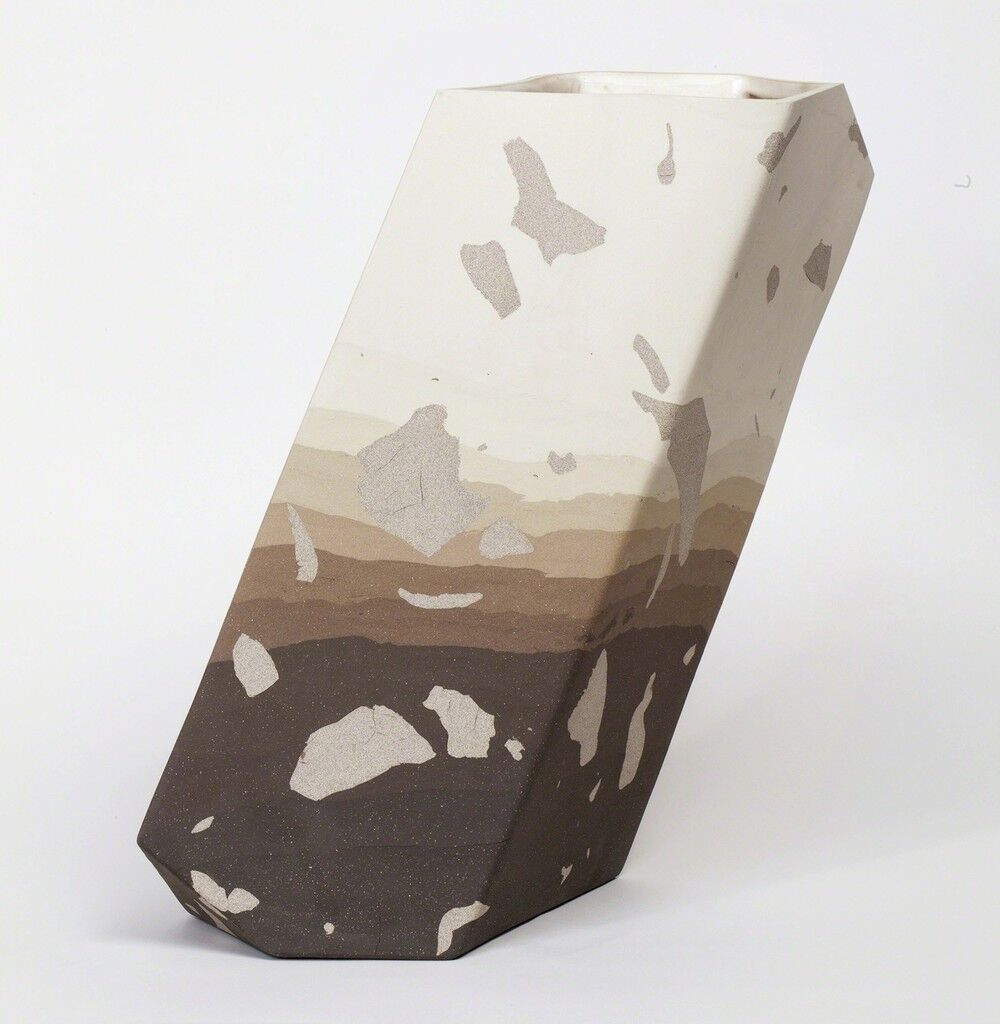 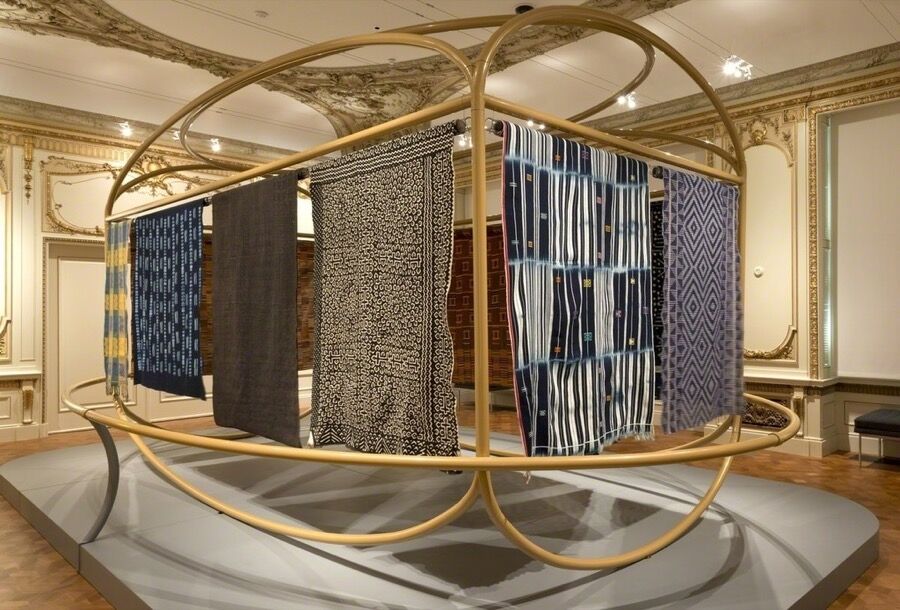 This installment of the Cooper Hewitt Selects series features 14 West and Central African textiles from the permanent collection chosen by Architect David Adjaye. “David Adjaye Selects” will be on view at the Upper East Side museum through February 14th.
After much anticipation, the fifth installation of the Cooper Hewitt Design Triennial will be unveiled on February 12th. “Beauty” divides the work of 63 designers and more than 250 works into 7 sections: extravagant, intricate, ethereal, transgressive, emergent, elemental and transformative. 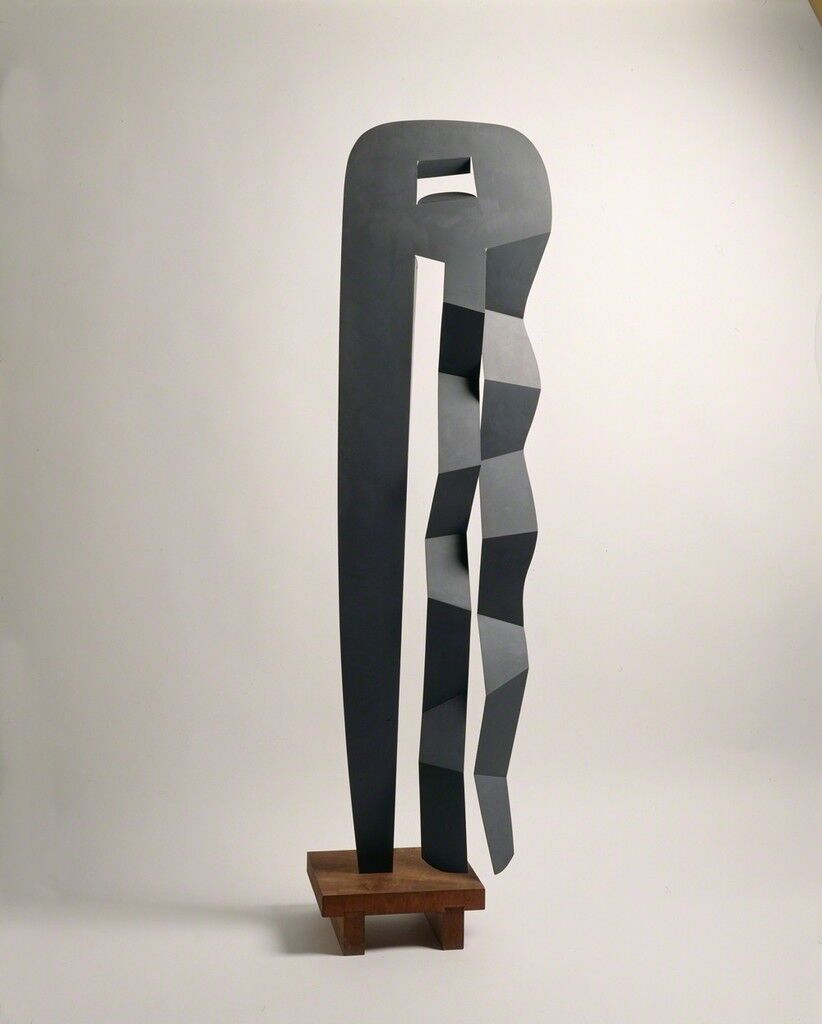 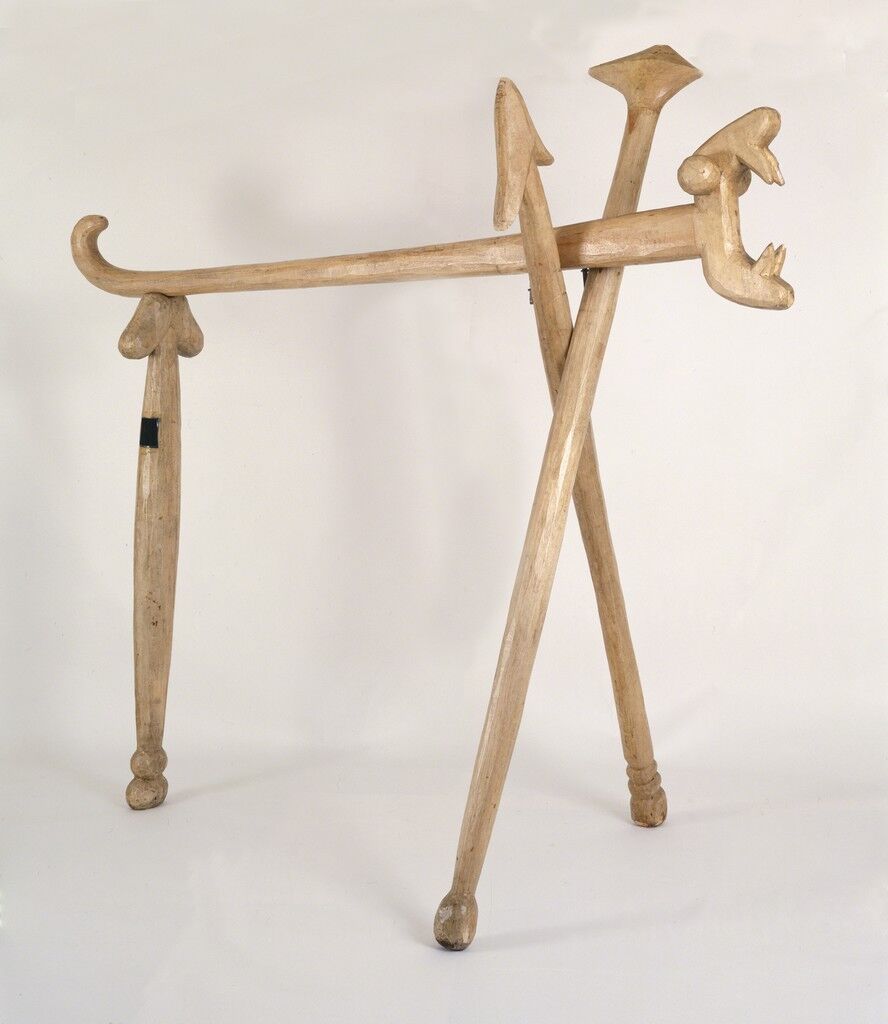 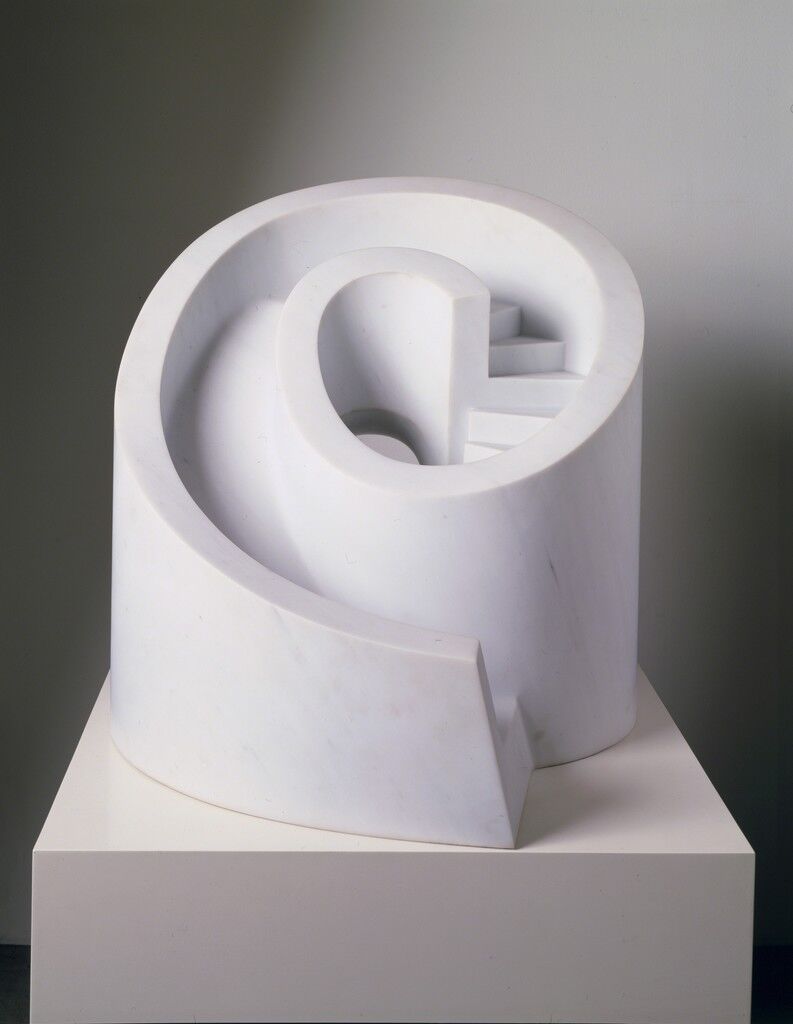 Isamu Noguchi
Slide Mantra Maquette, ca. 1985
Noguchi Museum
Two new exhibitions are now open at the Noguchi Museum. “Isamu Noguchi: Functional Ceramics” shows a selection of his tableware pieces, among other objects, while “Design into Art: Highlights from the Collection” examines the nuanced relationship between design and art in Noguchi’s practice. 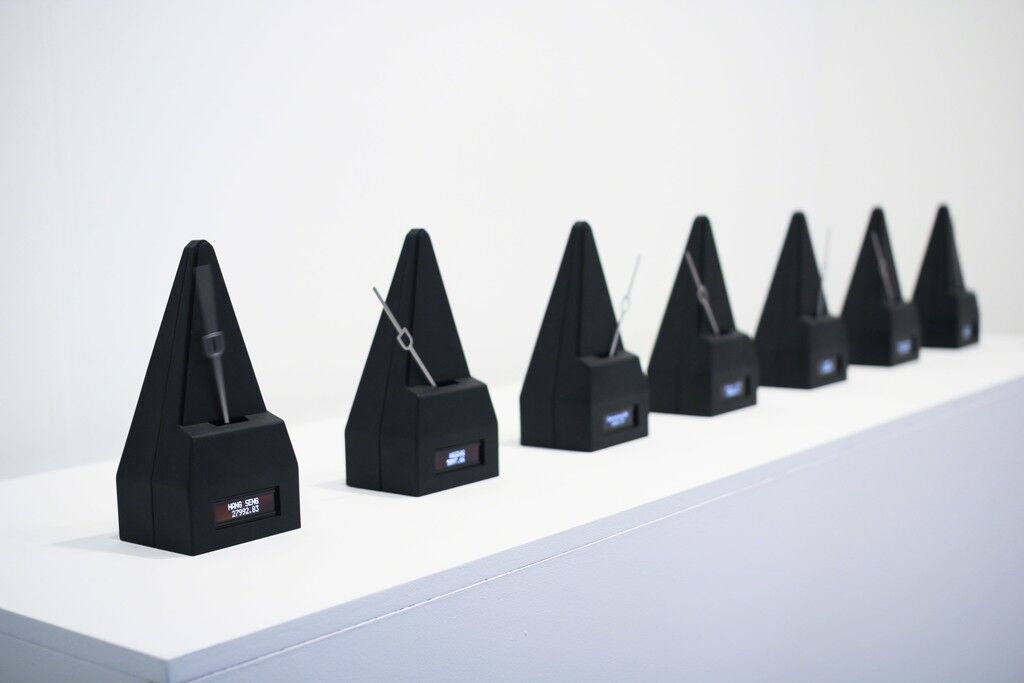 Varvara Guljajeva & Mar Canet
The Speed of Markets, 2014
“In Time (The Rhythm of the Workshop): Andreas Bunte, Denis Côté, Daniel Eisenberg and Varvara & Mar” at Museum of Arts and Design
While “Japanese Kogei | Future Forward” closes at the Museum of Arts and Design on February 7th, the next exhibition, “In Time (The Rhythm of the Workshop),” which explores the effects of industrial manufacturing on materials and bodies through three films, opens February 23rd.
At the Museum of the City of New York through February 7th is “Affordable New York: A Housing Legacy,” which includes 15 works from Avery Architectural & Fine Arts Library. Of particular note are Philip Johnson’s preliminary drawings for development on Roosevelt Island. 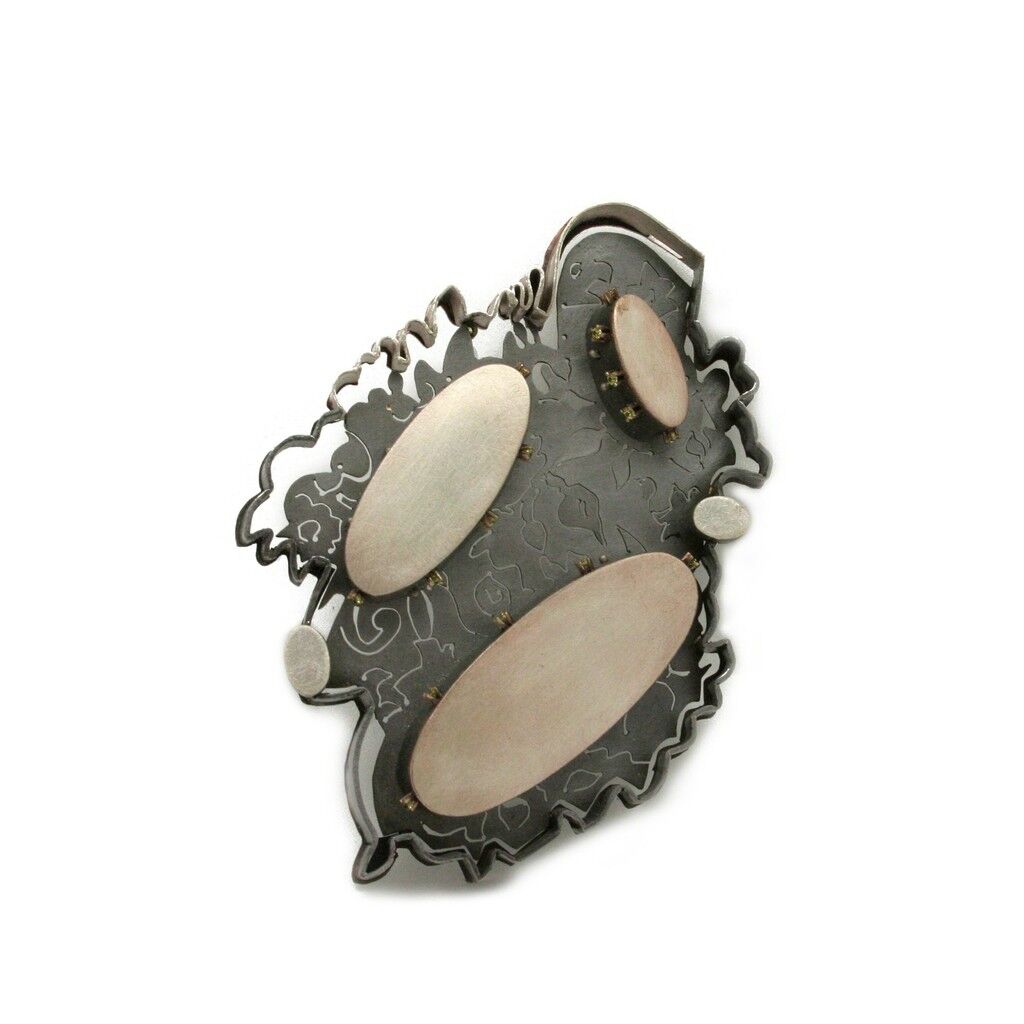 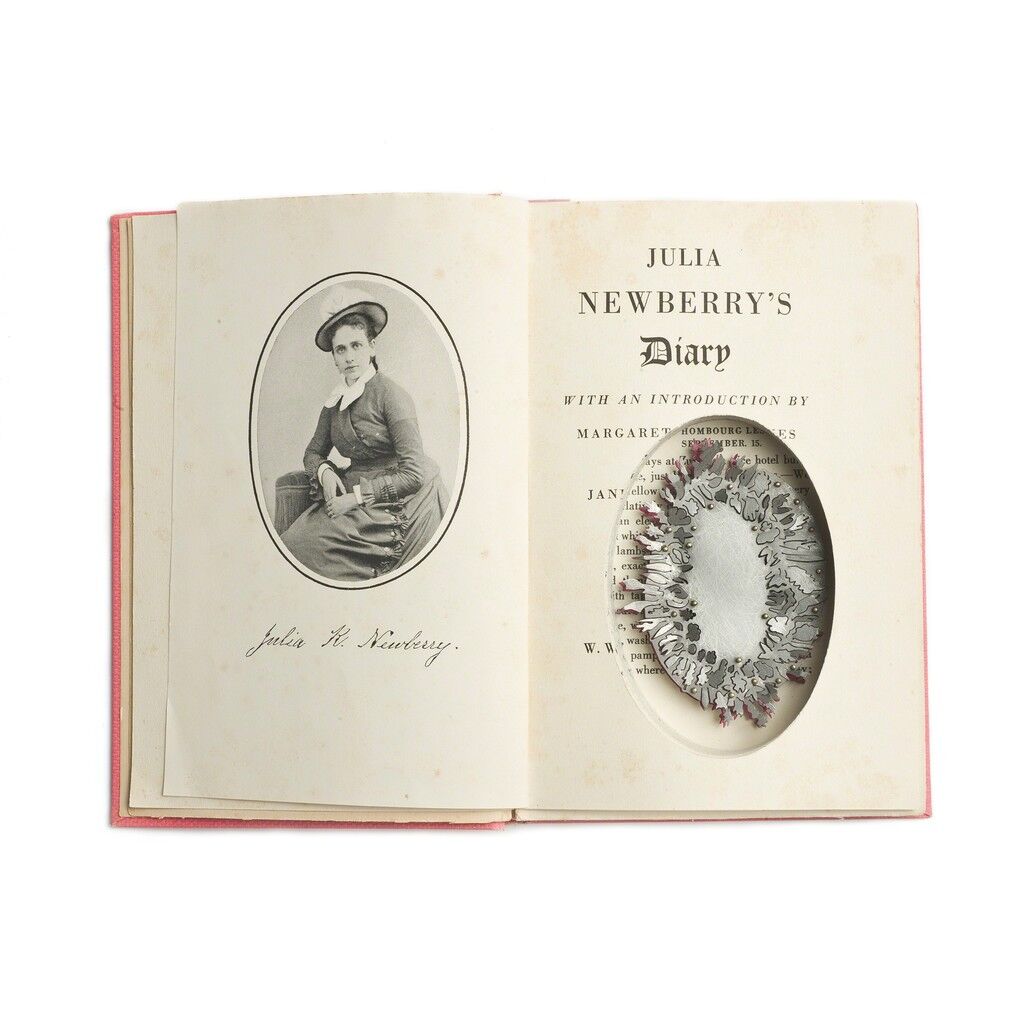 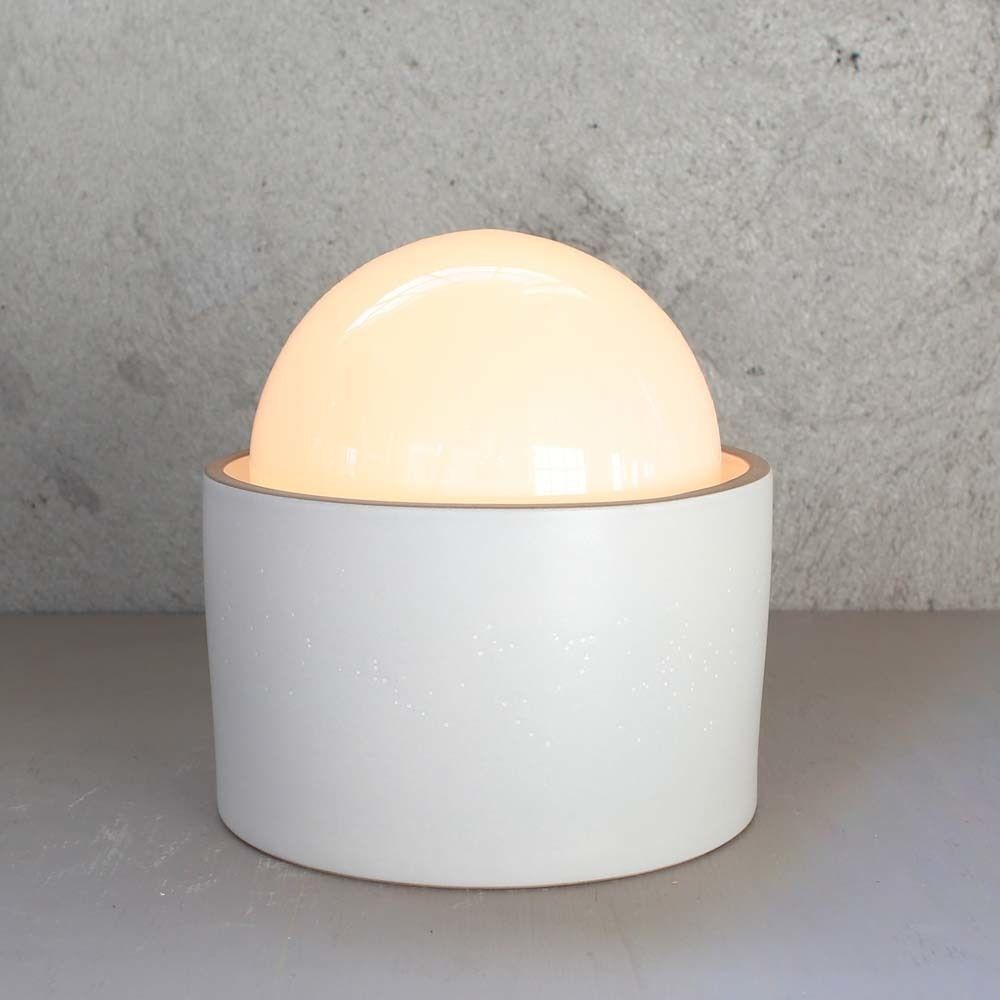 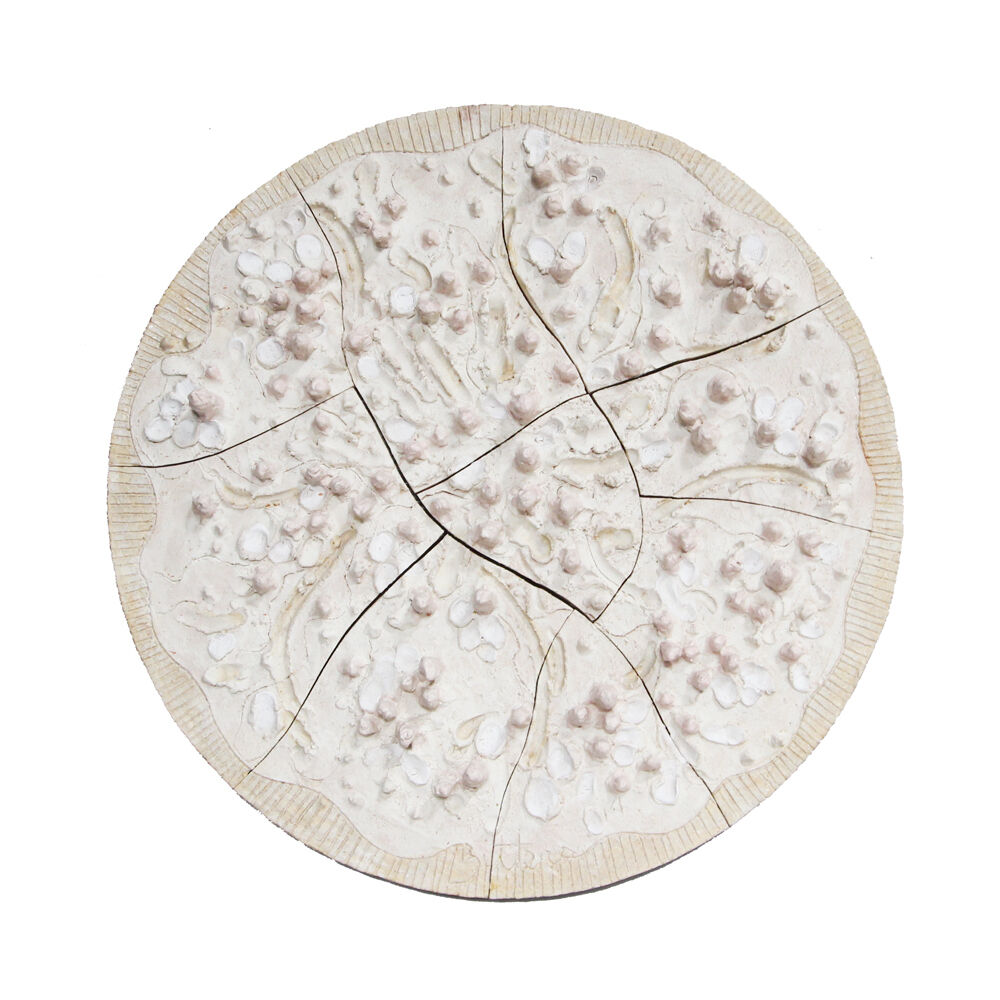 Stan Bitters
Medallion (White) , 2014
Boiler Room at Heath Ceramics
If you haven’t made it to the Boiler Room at Heath Ceramics yet, now is the perfect time. Currently on view in the gallery is “Selected Works,” an exhibition featuring highlights from collaborations over the past year, including a monumental medallion by American ceramicist
Stan Bitters
and the endearingly bizarre ceramic blobs by
Brendan Monroe
. 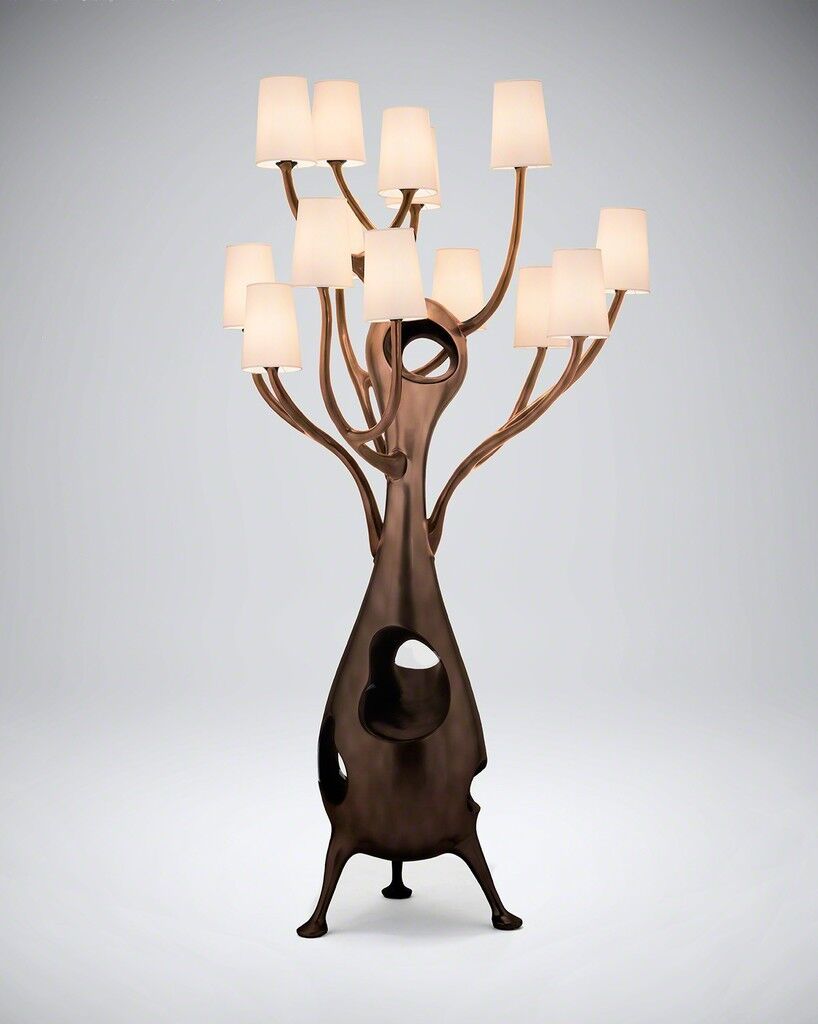 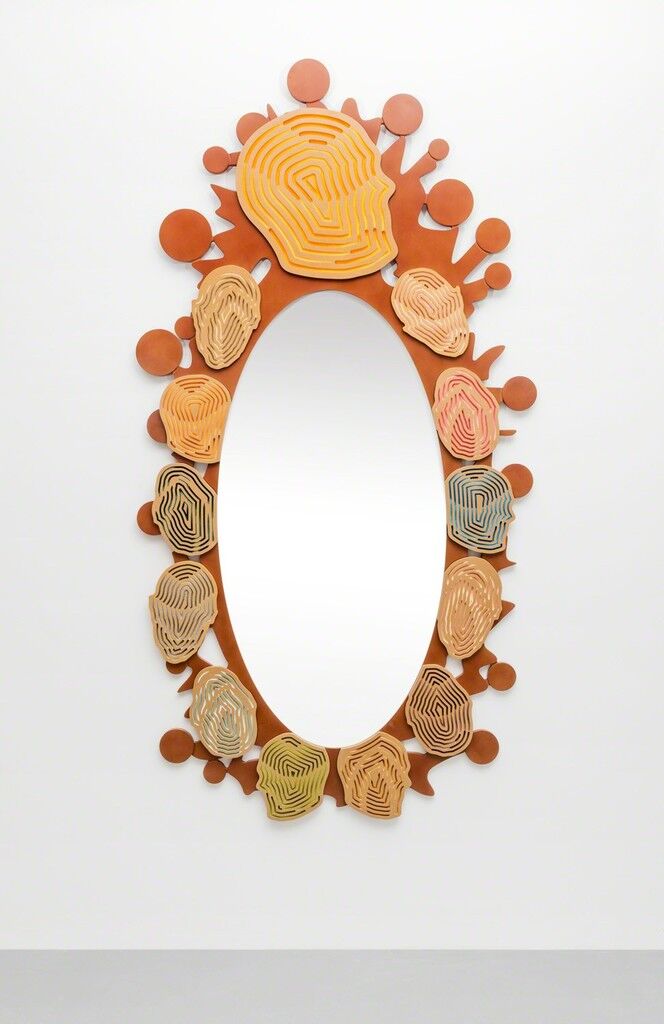 At Zurich’s Museum für Gestaltung, “Thingness,” an exhibition that examines
Jasper Morrison
’s contributions to the field of design, opens on February 11th.

At Vitra Design Museum, both “Forum for an Attitude” and “The Bauhaus #itsalldesign” close this month. The former features works by 24 contemporary designers exploring the motivations of design practice today, while the latter is dedicated to The Bauhaus, the
renowned 20th century institution and architectural movement
.

At the Daelim Museum in Seoul, “Color Your Life” opens February 25th. Be sure to catch
Anton Alvarez
’s newest colorful works which are part of the group exhibition.

If you didn’t catch the V&A’s exhibition “Disobedient Objects” while it was in London, the show is now on view at the Powerhouse Museum. Also on view at that institution are more than 200 toy trains, part of the exhibition “Recollect: Toy Trains,” and devices of modern technology in “interface.”

The George Sturges house in Brentwood, California, designed by
Frank Lloyd Wright
, goes up for auction by Los Angeles Modern Auctions on February 21st as part of the Modern Art & Design Auction. Also in the sale are works by
George Nakashima
,
Harry Bertoia
and
Eero Saarinen
.
Wright auction house will host an American Design sale and an Art + Design sale on February 11th and February 25th respectively. At Christie’s, bidding begins on February 4th for Jewels Online with a Lalique sale following on February 9th. Christie’s Interiors in London is slated for February 17th. Bonhams launches two Home & Interiors sales, one in London and the other in Edinburgh on February 23rd and 24th, as well as a Watches and Wristwatches sale in London and an Oriental Rugs and Carpets Sale in San Francisco. There are 5 auctions at Rago this February, including the sales of two private collections. 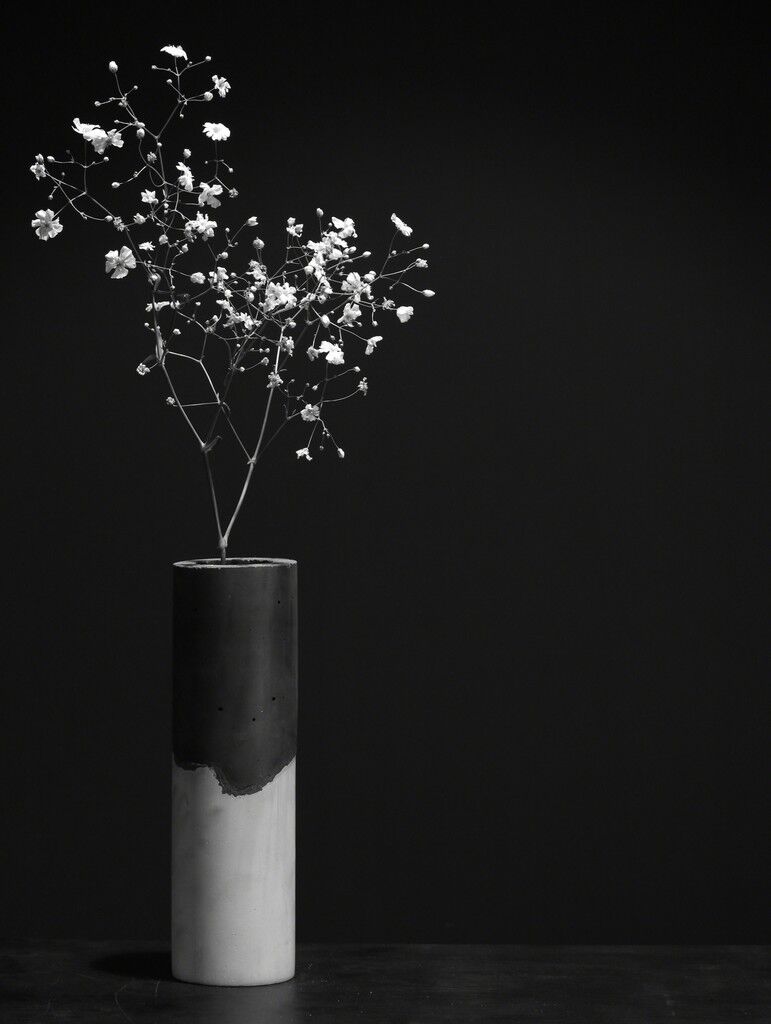 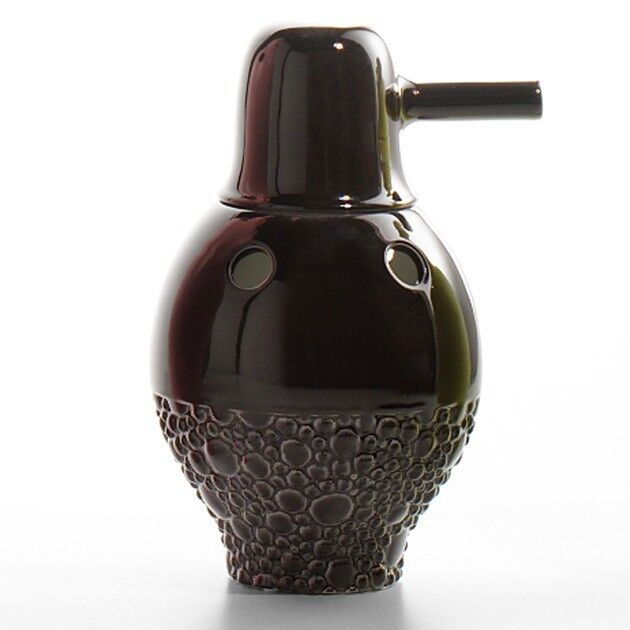 B.D Barcelona
Showtime Vases , 2006
Addrede
ZsONA MACO kicked off in Mexico City on February 3rd. Notable for for those interested in design is the ZsONA MACO Design section, curated by Cecilia León de la Barra, which brings together design dealers from Mexico and beyond.
From February 8-14th, Stockholm Design Week gathers the best in contemporary Scandinavian design. Just before that kicks off though, catch the Swedish design auction, Örnsbergsauktionen, on February 6th, which this year has chosen to focus on 30 designers with self-produced work who in many cases are innovating design’s materials and processes.
_____________________

In case you missed it, last month we wrote about a Case Study House illuminated by contemporary design as well as Jeff Zimmerman’s sculptural lights, along with a few highlights from FOG Design+Art including the works from Maison Gerard and Todd Merrill Studio—not to mention the future of the New York City Skyline.