A piece of red ochre found near near Scarborough and fashioned into a Stone Age crayon. Courtesy of Paul Shields, University of York.

Long before Crayola invented its signature crayons—some 10,000 years, in fact—Stone Age hunter-gatherers fashioned a very early prototype.
A sharpened stick of red ochre, measuring less than an inch in length, was recently discovered by archaeologists from the University of York at a dig site along England’s eastern coastline. The area, near Scarborough, North Yorkshire, once bordered an ancient lake and is today rich with the remnants of ancient peoples. (The earliest known example of Mesolithic art in Britain, a carved stone pendant, was uncovered there in 2015.)
But is “crayon” really an accurate term for this particular object?
“If I was a gambling man and had to put money on it, I would say ‘crayon’ is a fair bet,” says Dr. Andy Needham, a member of York’s department of archeology and lead author on a study that examines the discovery. The pigment stick was likely used to make red marks on a surface, although the exact purpose of those marks remains unclear. “Art is a possibility, but by no means the only one,” Needham says.

Ancient cultures have used ochre, a naturally occurring clay mineral, in a variety of ways. It was used decoratively, to adorn the body or as a base pigment for many famous Paleolithic cave paintings. It was also used more pragmatically, as a sort of sunscreen, a way to disinfect wounds, and an ingredient in glue. Ochre was even used ritualistically, as a part of burial ceremonies.
We know this because ochre appears fairly often in the archaeological record, for several reasons. Firstly, homo sapiens have long been fascinated by color. “Almost as soon as [modern] humans start to emerge,” some 200,000 to 300,000 years ago in Africa, says Needham, “you start to see evidence of their manipulation of color.” Sites like Pinnacle Point in South Africa, for example, reveal humans using crayon-like objects as early as 160,000 years ago.
Secondly, ochre is a very stable substance. “If you made pigments from plants, like berries, it would be much more short lived,” he notes. “Of the whole sea of [substances] you might use to produce color, ochre is one material that preserves particularly well.” 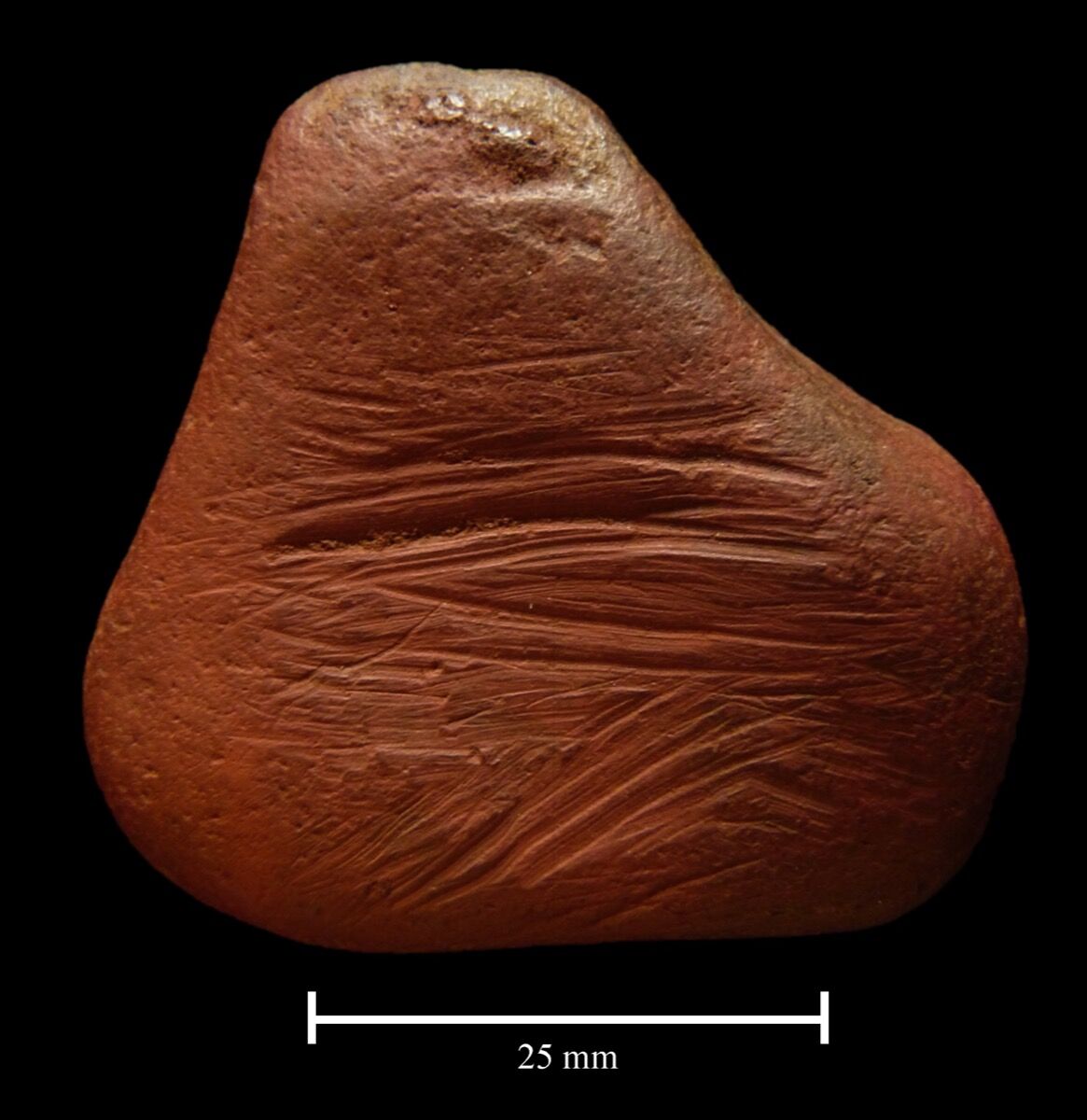 An ochre pebble found at the same site. Courtesy of Paul Shields, University of York. 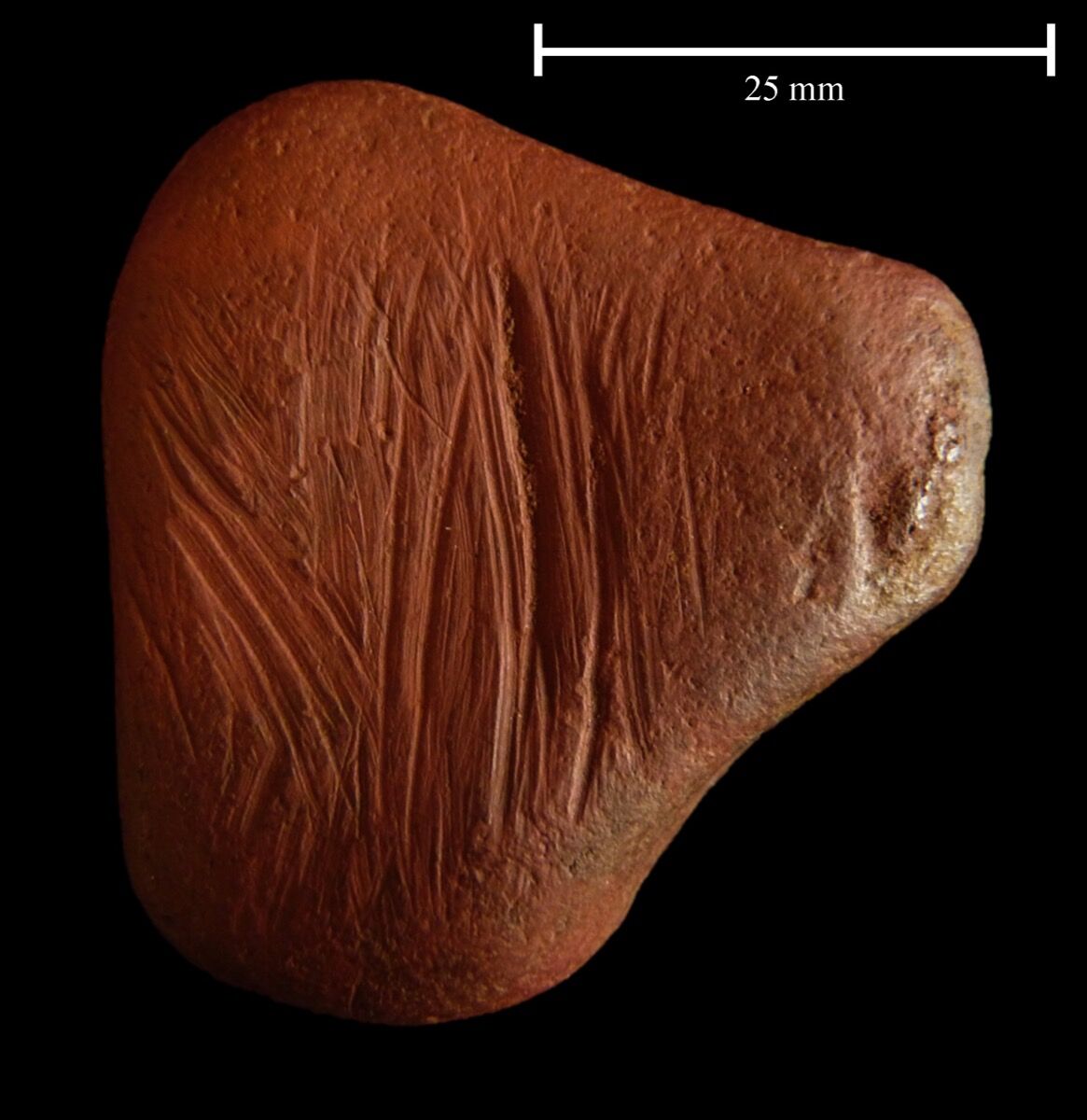 The surface may have been scratched to produce red powder. Courtesy of Paul Shields, University of York.

Advertisement
Along with the 10,000-year-old crayon, archaeologists working at the site uncovered a second object made of red ochre. This rounded pebble features a series of man-made grooves along its side, suggesting that it may have been scraped by a sharper tool to produce powdered pigments.
Both objects, Needham explained in a press release, allow researchers to “build a bigger picture of what life was like in the area; it suggests it would have been a very colorful place.”
Abigail Cain
Correction
A previous version of this article incorrectly identified North Yorkshire as New Yorkshire.
Related Stories

Inside the Library That Holds the World’s Rarest Colors

9 Inventions That Changed the Way We Make Art

Some People Can See Sound, or Taste Color. Does It Make Them More Creative?
Advertisement
Further reading in Creativity 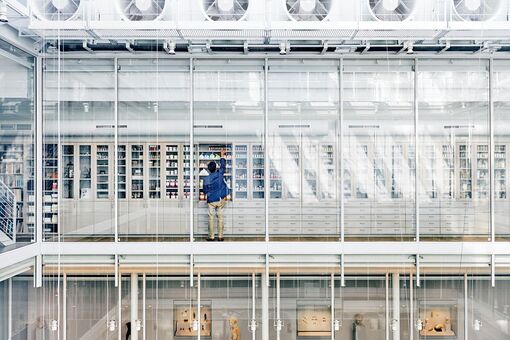 Inside the Library That Holds the World’s Rarest Colors
Abigail Cain
Nov 2, 2017 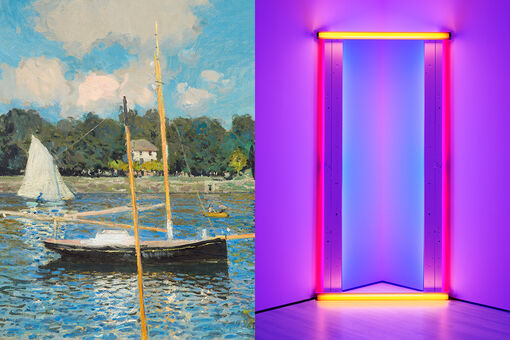 Some People Can See Sound, or Taste Color. Does It Make Them More Creative?
Ilana Herzig
Jan 22, 2018 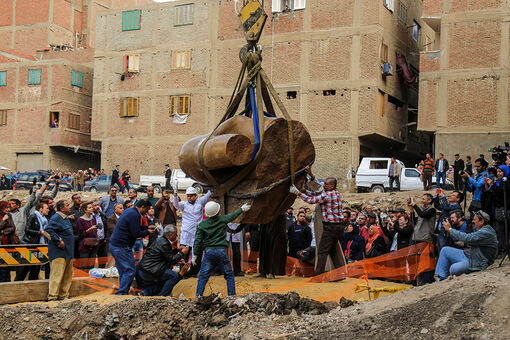 The Most Remarkable Art-Historical Discoveries of 2017
Abigail Cain
Dec 19, 2017