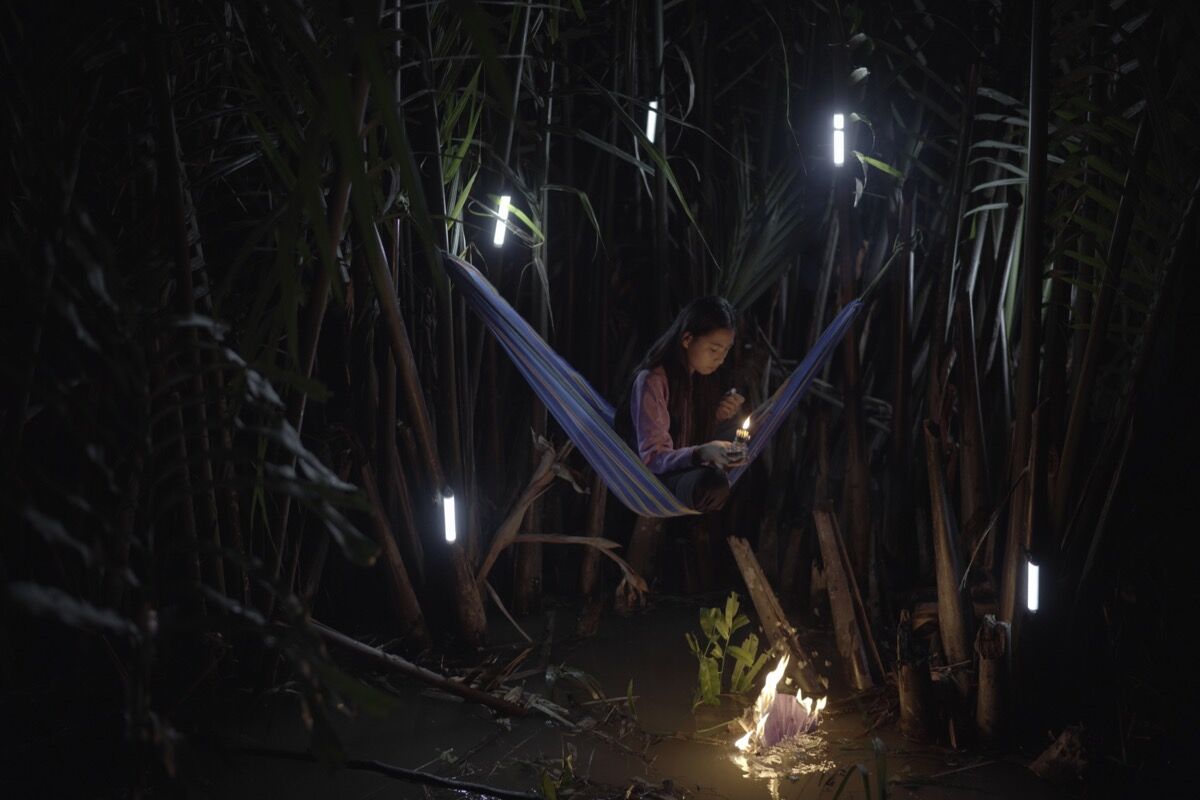 The year ahead promises to be full of groundbreaking museum shows, from the first retrospective of acclaimed interdisciplinary artist Nick Cave to a major exhibition showcasing over six decades of work by multimedia artist and activist Faith Ringgold. Below, we share 10 exciting solo shows from around the world that are slated to open in 2022. Engaging with personal narratives and larger histories, many of these artists transcend traditional artistic boundaries, moving fluidly between painting, installation, video, and more. 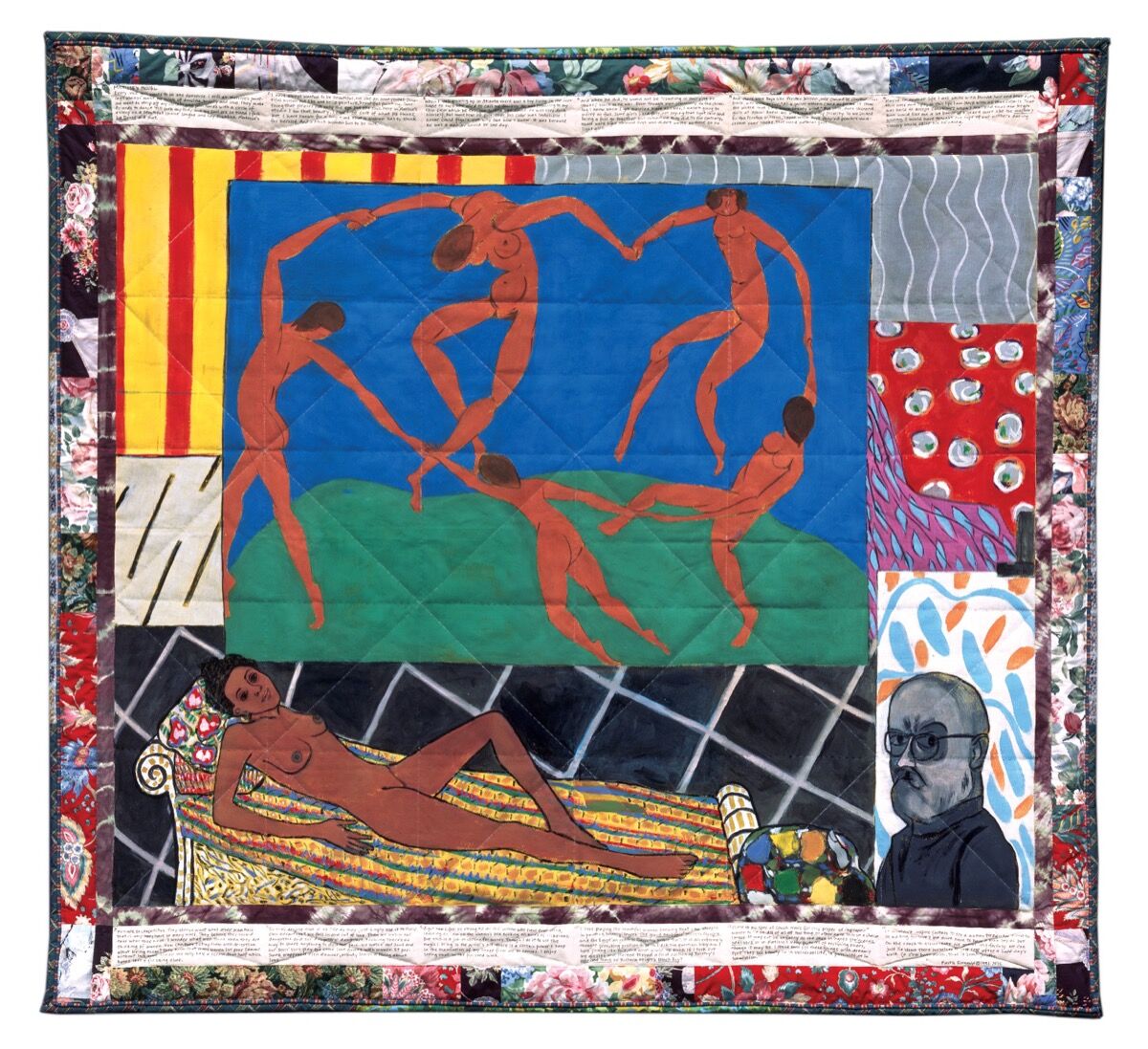 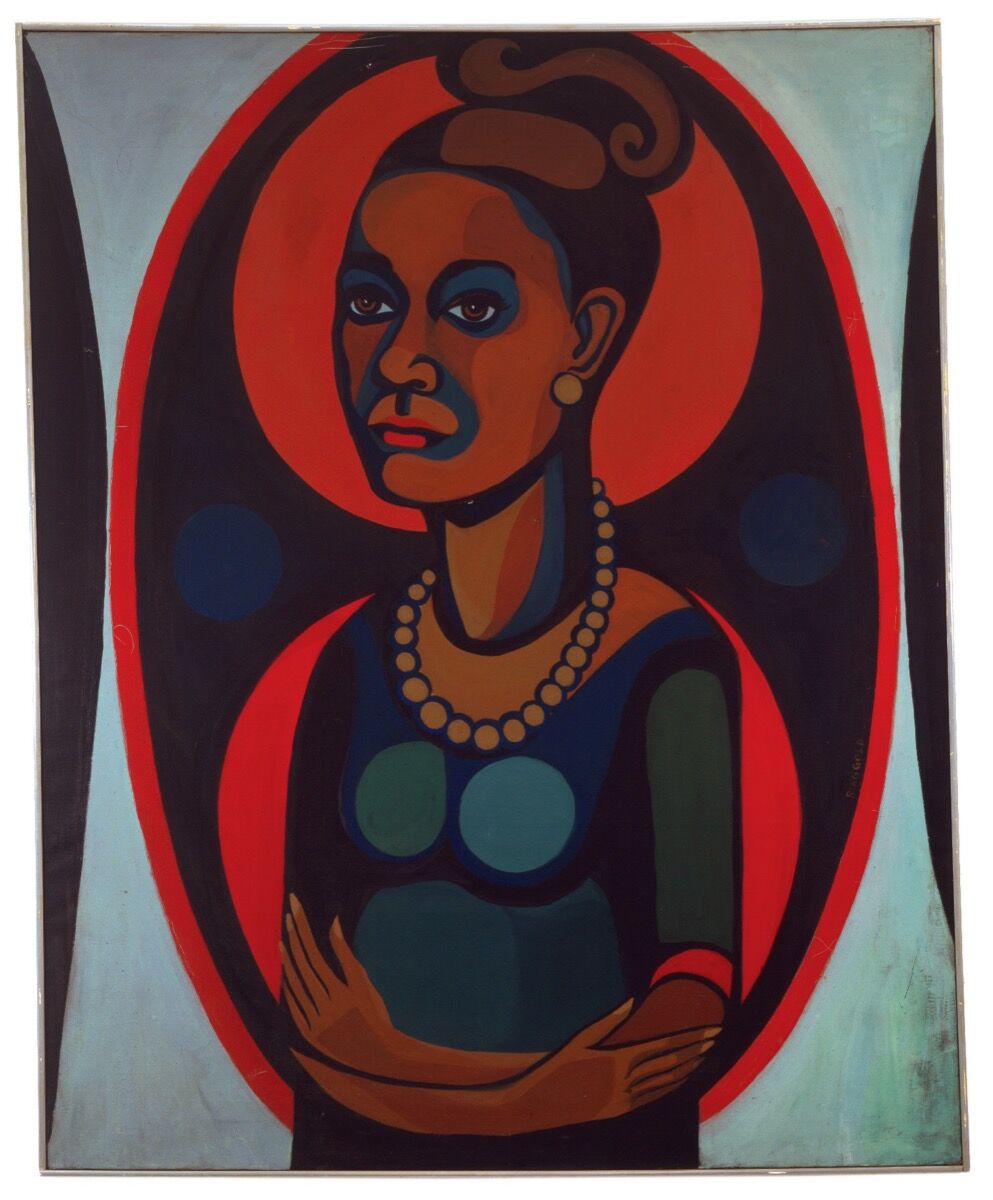 At age 91, Faith Ringgold is seeing a long-overdue celebration of her work. Her upcoming solo show at the New Museum will be the most comprehensive survey of the groundbreaking artist’s career to date. Featuring figurative paintings, soft sculptures, and mixed-media quilts, “Faith Ringgold: American People” celebrates Black communities while addressing ongoing struggles for racial justice. The exhibition includes Ringgold’s iconic American People Series #20: Die (1967), made more than 50 years ago around the time Ringgold was protesting the omission of Black artists from a show at the Whitney Museum of American Art. Inspired by
Pablo Picasso
’s Guernica (1937), American People Series #20: Die depicts a race riot, and became a highlight at the Museum of Modern Art when the institution rehung its permanent collection in 2019. 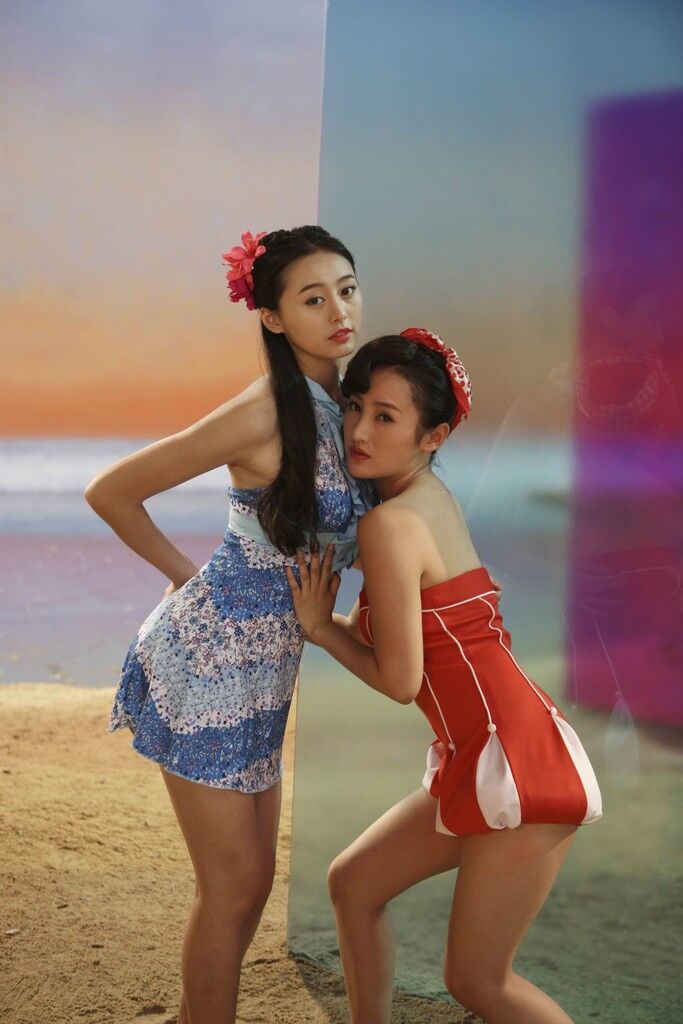 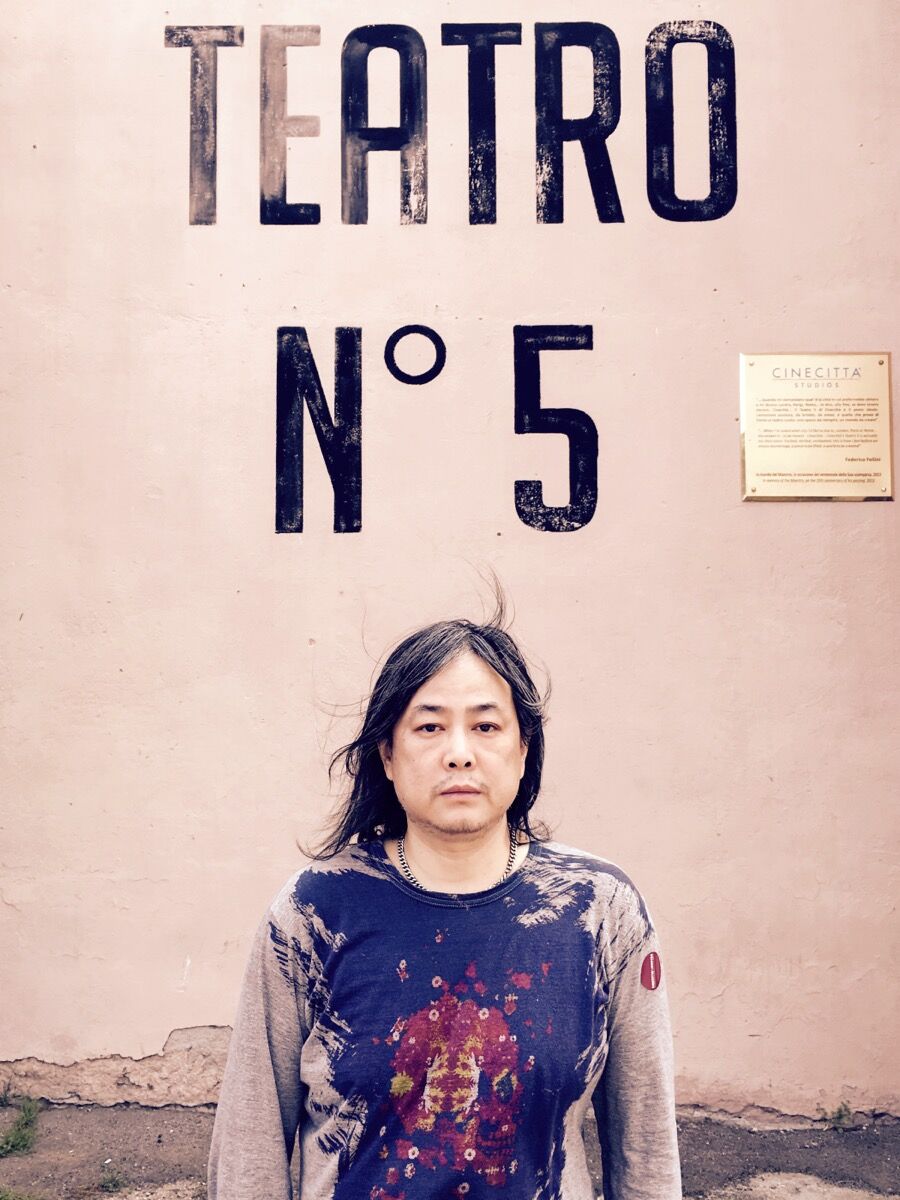 Advertisement
Yang Fudong, who works in film, photography, and video installation, is known for his multi-chapter works that move seamlessly between historical narratives and contemporary social issues. Drawing from his experience growing up on the far outskirts of Beijing, Yang will present the first installment of a new work, titled Library Film Project, at UCCA Center for Contemporary Art. The show will be Yang’s most comprehensive institutional exhibition to date and his first in Beijing. 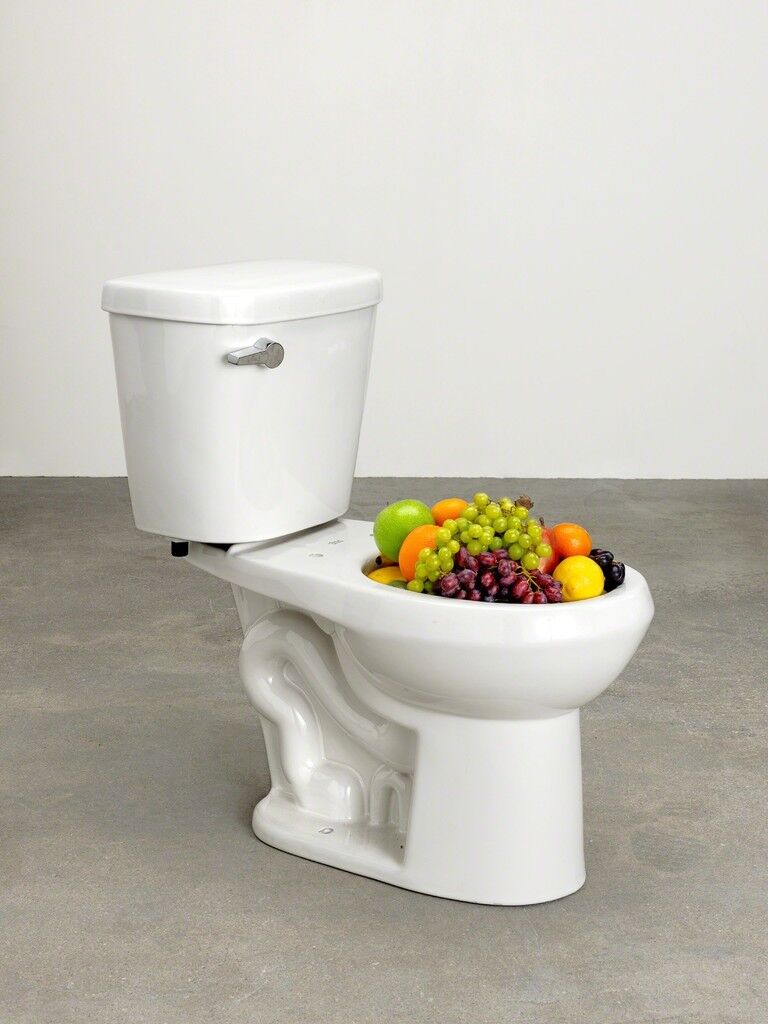 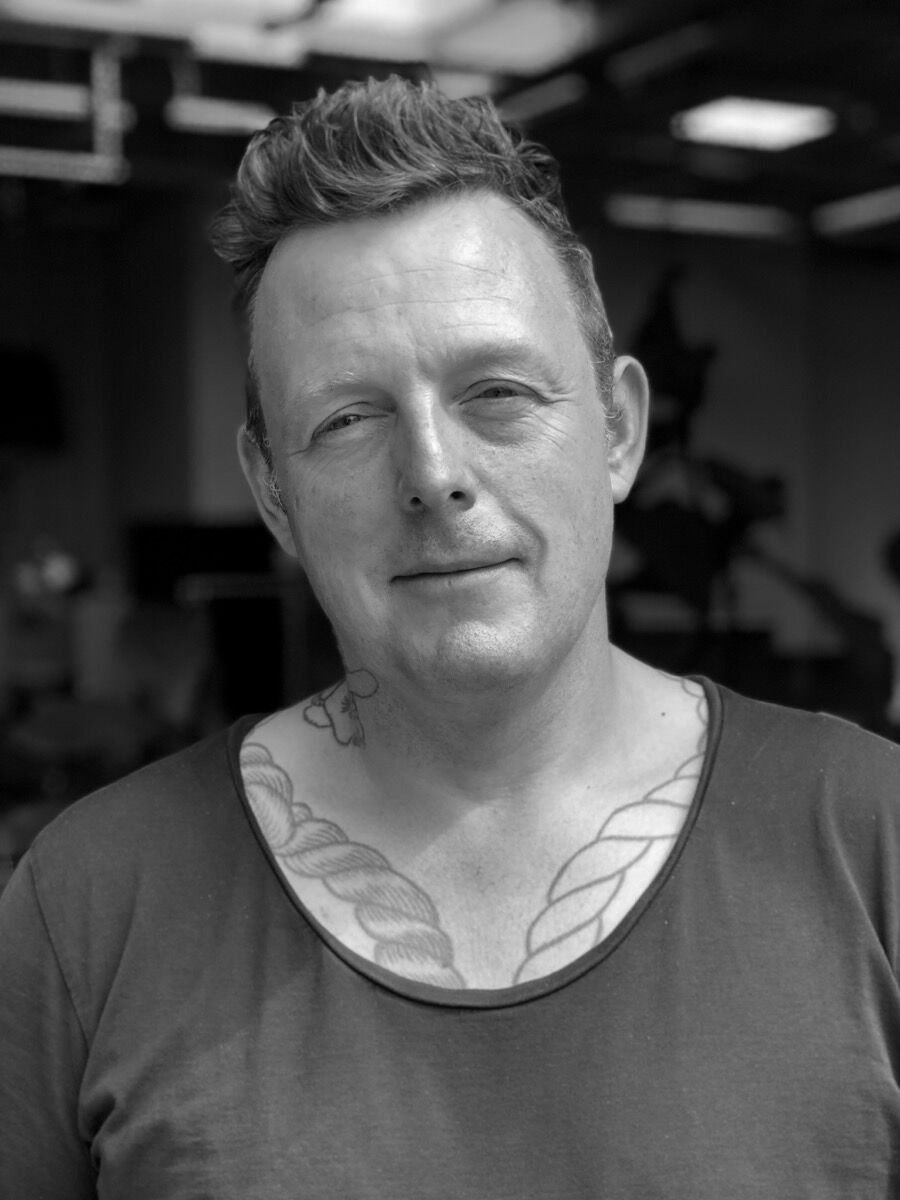 Museo Jumex will bring together two decades of Urs Fischer’s humorous and provocative work. Known for his sculptures and installations that take inspiration from the
Dada
and Situationist movements, the Switzerland-born, New York–based artist has dug giant holes in gallery floors and built a life-size Swiss chalet from loaves of bread. This past April, Fischer launched a series of NFTs in which pairings of quotidian objects, including heads of broccoli, sneakers, and wind-up peanut toys, collide with one another. Fischer has previously had major solo exhibitions at the New Museum, the Centre Pompidou, and the Museum of Contemporary Art, Los Angeles. “Urs Fischer: Lovers” at Museo Jumex marks the first major presentation of Fischer’s work in Mexico. 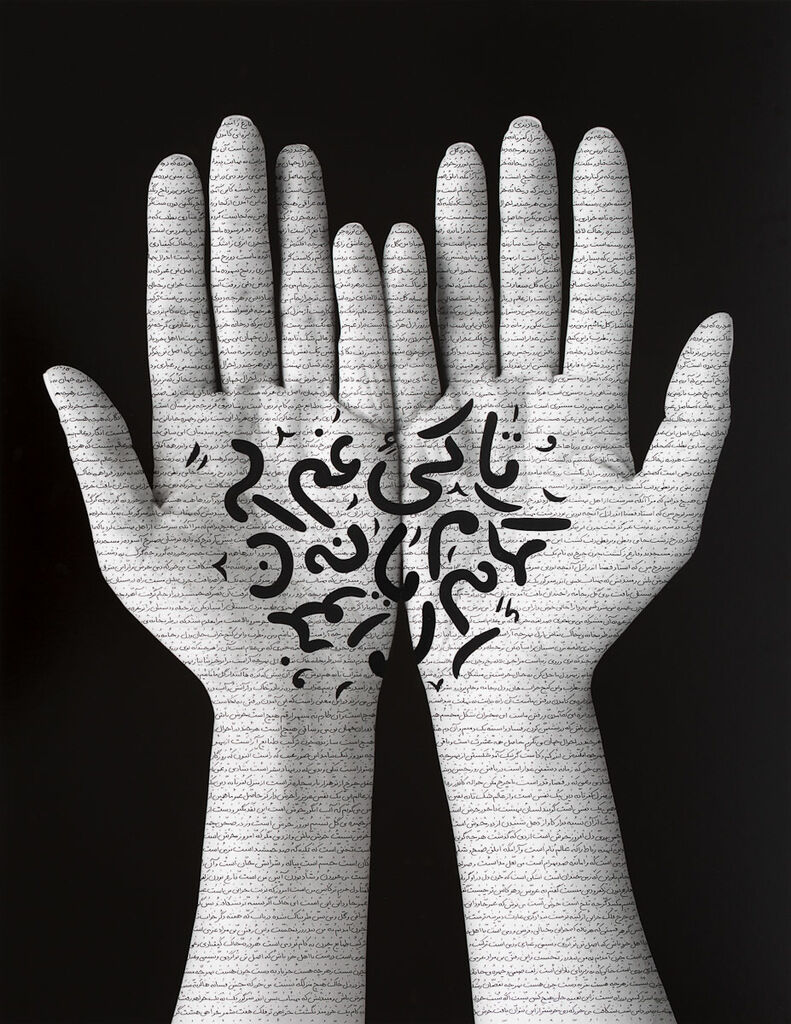 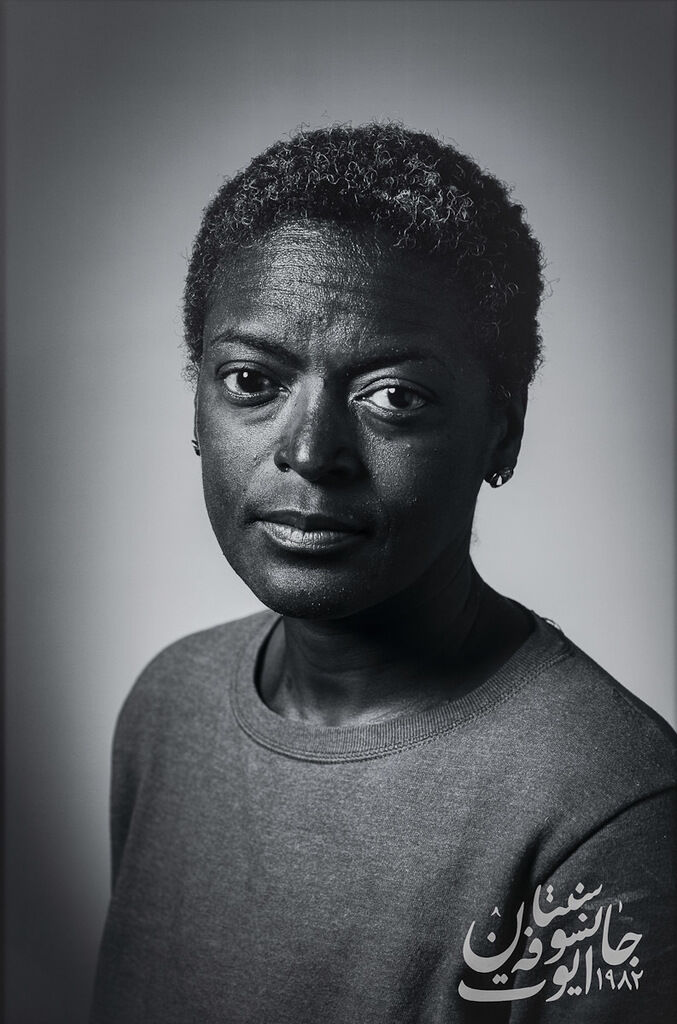 Shirin Neshat
Yvette Johnson, from Land of Dreams series, 2019
Gladstone Gallery
“Land of Dreams,” Shirin Neshat’s first major exhibition in Canada in two decades, centers on the Iranian artist’s new feature-length film of the same title. The film builds upon Neshat’s interest in photography as a surreal and intimate medium enmeshed in the mechanisms of state control. In Land of Dreams (2021), a young Iranian woman employed by the United States Census Bureau goes door-to-door to collect information on the dreams and nightmares of U.S. residents. The film’s protagonist photographs the people she speaks with; her images are then sent to an Iranian lab, where they are analyzed and processed. More than 100 portraits, some of which are covered in handwritten Persian calligraphy, will be on view at the Museum of Contemporary Art Toronto. Incorporating Neshat’s earlier projects in film and photography, including the iconic “Women of Allah” series (1993–97), “Land of Dreams” cements Neshat’s place as one of the most imaginative artists working today. 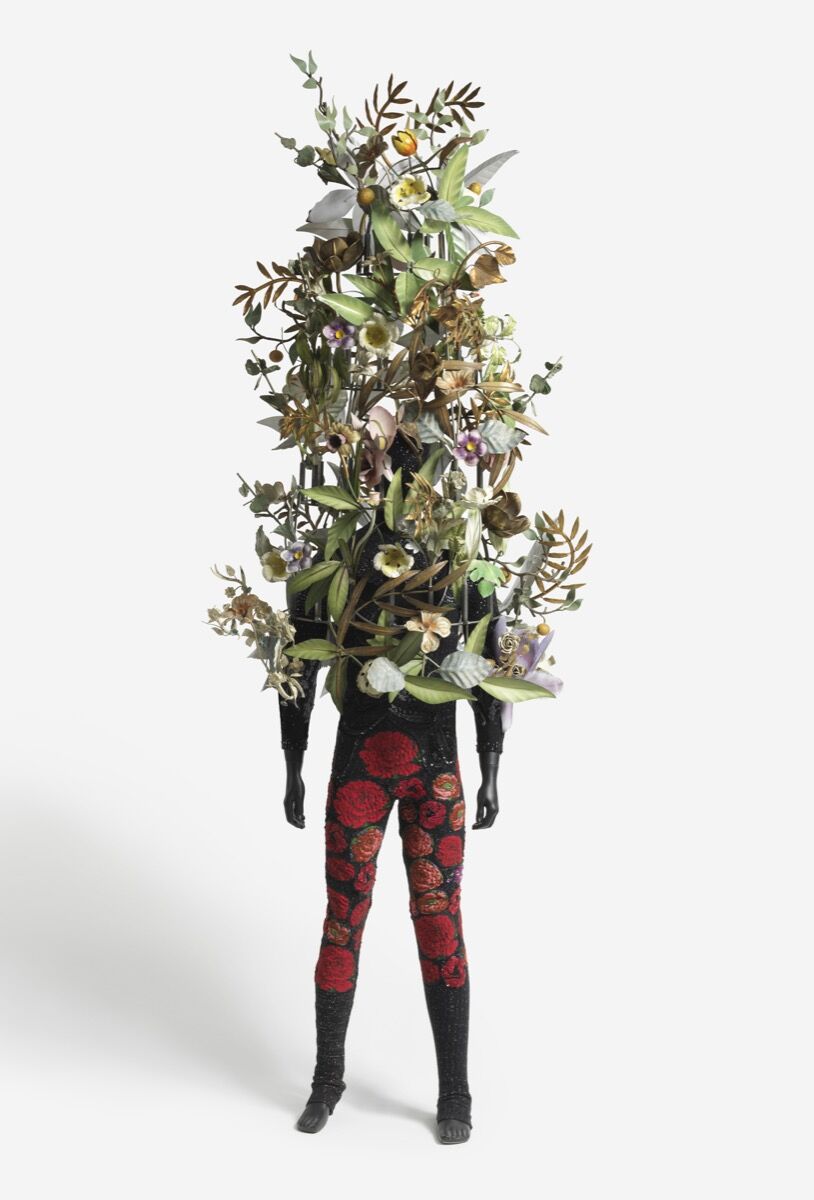 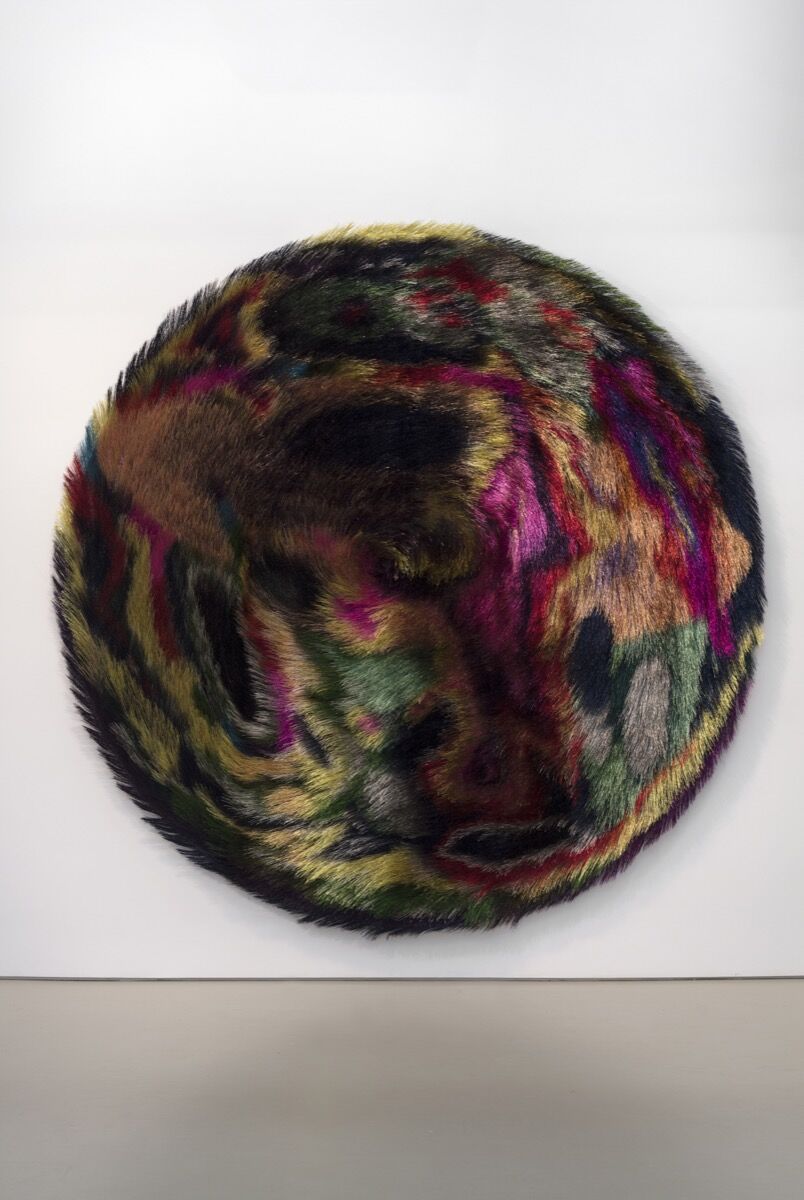 “Nick Cave: Forothermore,” the first retrospective of the Chicago-based artist’s work, celebrates those who have been marginalized as cultural others, whether by racism, homophobia, or other forms of discrimination. The exhibition will include new works, including a site-specific installation composed of thousands of hanging kinetic spinners, and a continuation of Cave’s most recognizable works: his “Soundsuits.” Bedecked with beads, fabric, and found objects, Cave’s towering “Soundsuits” become animated when worn by performers, transforming the sculptures into vehicles of protest, commemoration, and joy. 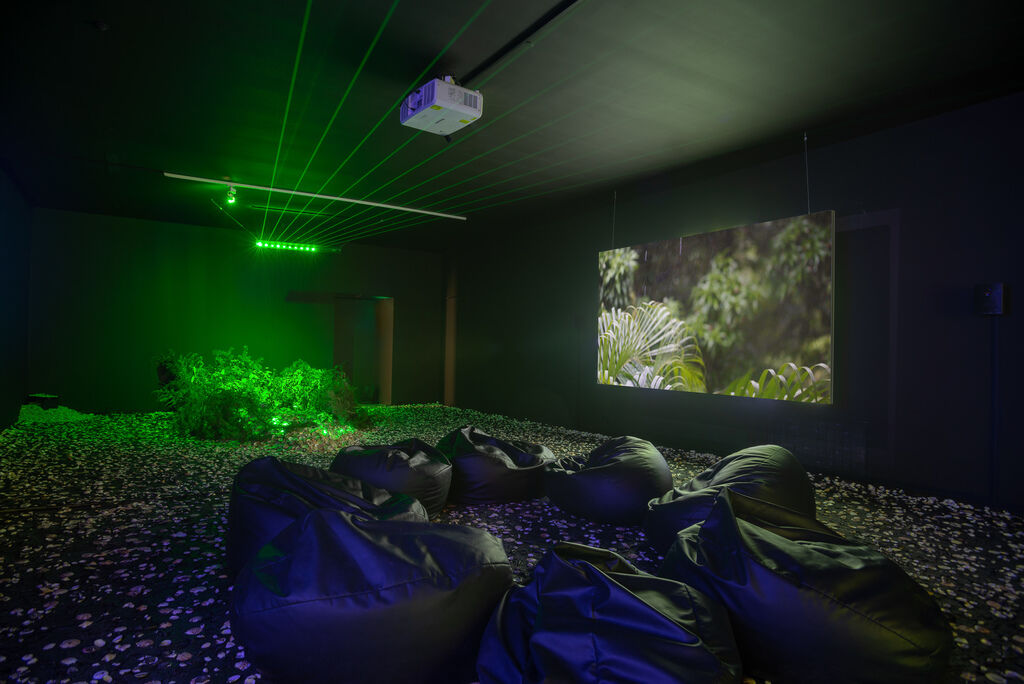 Korakrit Arunanondchai
No History in a Room Filled with People with Funny Names 5, 2018
PinchukArtCentre
At Moderna Museet in Stockholm, Korakrit Arunanondchai will exhibit a new film alongside selections from his prolific past decade of work. Working between painting, performance, and video, Arunanondchai frequently invokes ghosts and supernatural phenomena to raise questions about family histories, political crises, and pop culture. In recent years, Arunanondchai has quickly risen to prominence with presentations at MoMA PS1, the Whitney Biennial, the Venice Biennale, and Performa. 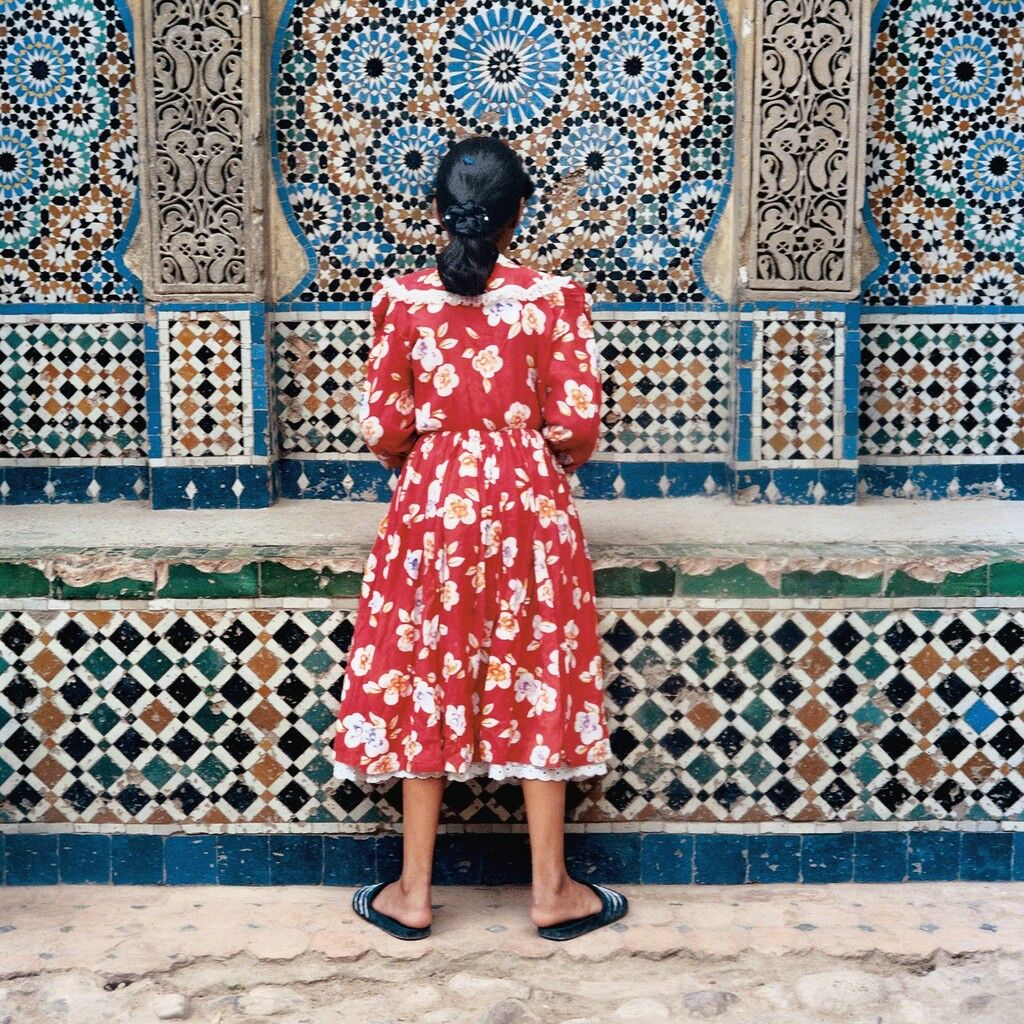 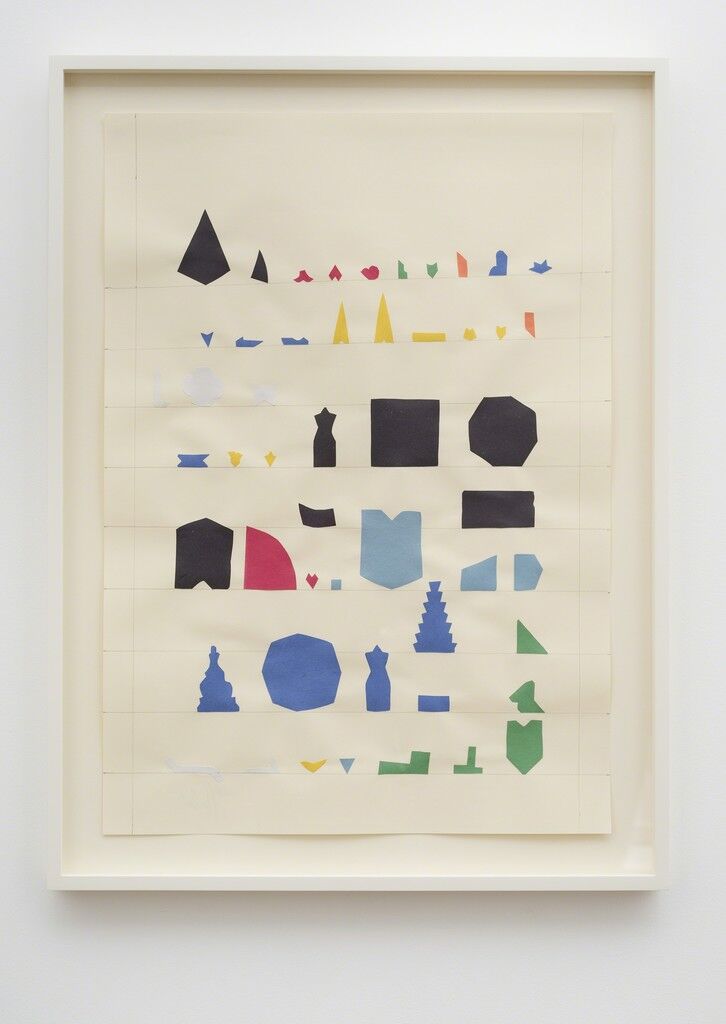 Yto Barrada
Ornament repertoire of all the Moroccan terra cotta tilework pieces (Zellige), CC, 2013
Pace Gallery
Yto Barrada’s research-based projects have dealt with everything from the fossil trade to the political history of Brutalist architecture in Tangier, Morocco. Barrada’s upcoming solo exhibition at the Stedelijk Museum will demonstrate the breadth of her oeuvre by bringing together works in diverse mediums, from textiles to photography. Additionally, the French Moroccan artist will debut a new film, Continental Drift. Barrada is not only an accomplished artist—with past presentations at the Venice Biennale, Performa, Tate Modern, and the Metropolitan Museum of Art—but also the director and co-founder of Cinémathèque de Tanger, the first art-house cinema and film archive in North Africa. 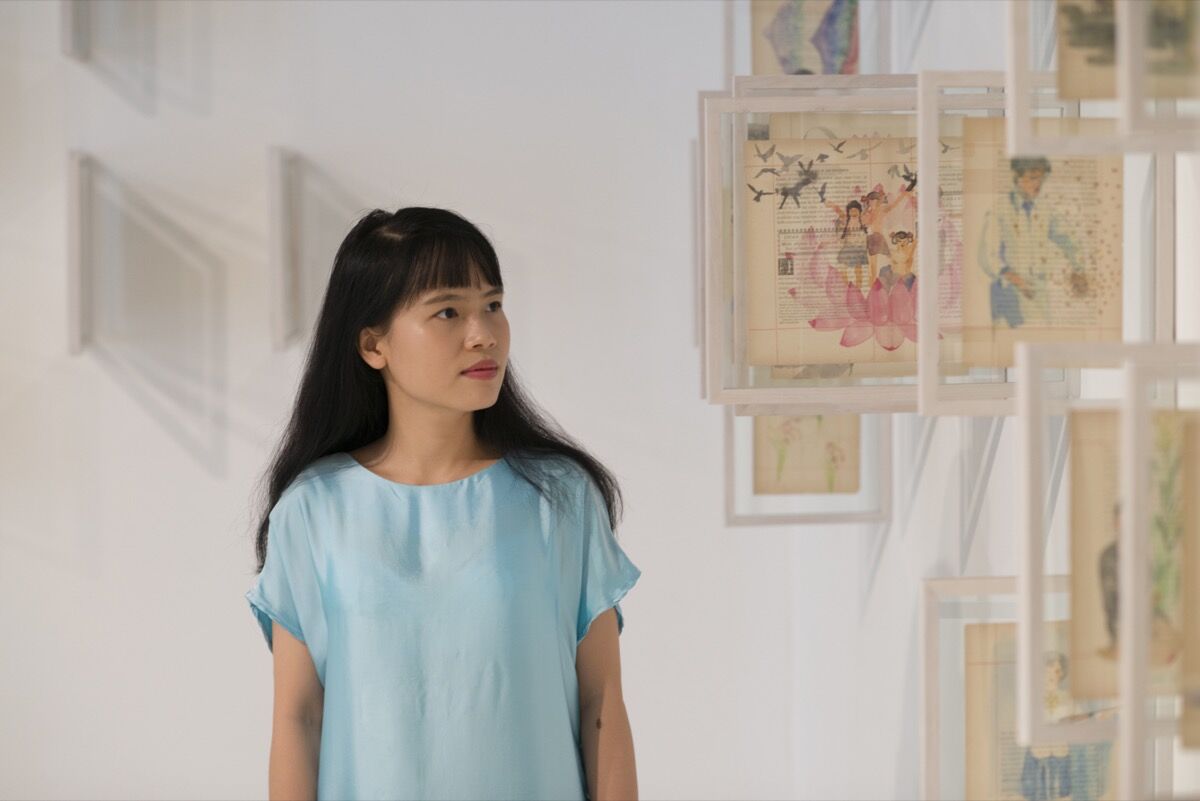 Based in Ho Chi Minh City, artist Thao Nguyen Phan first trained as a painter before expanding into the haunting video works she is best known for today. In the video installation Mute Grain (2019), for example, which was commissioned for the 2019 Sharjah Biennial, Phan intertwines a ghost story with oral histories of the 1945 famine in Vietnam, which took place during the Japanese occupation of French Indochina. For Phan’s first institutional solo show in the U.K., she will exhibit a new film entitled First Rain, Brise-Soleil (2021) and a new series of paintings. 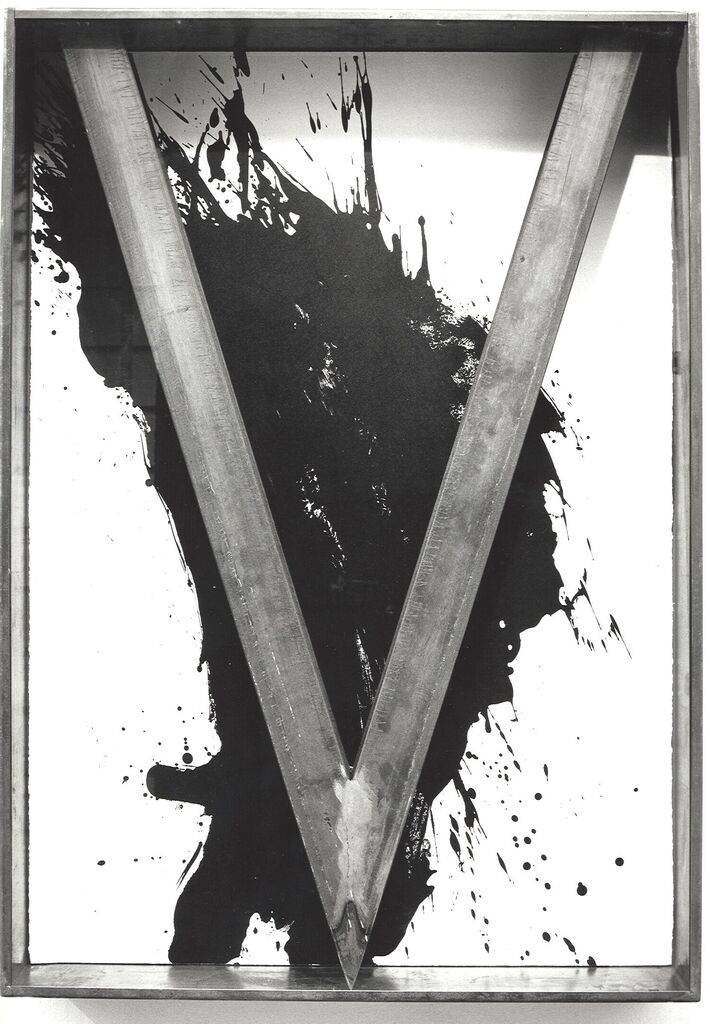 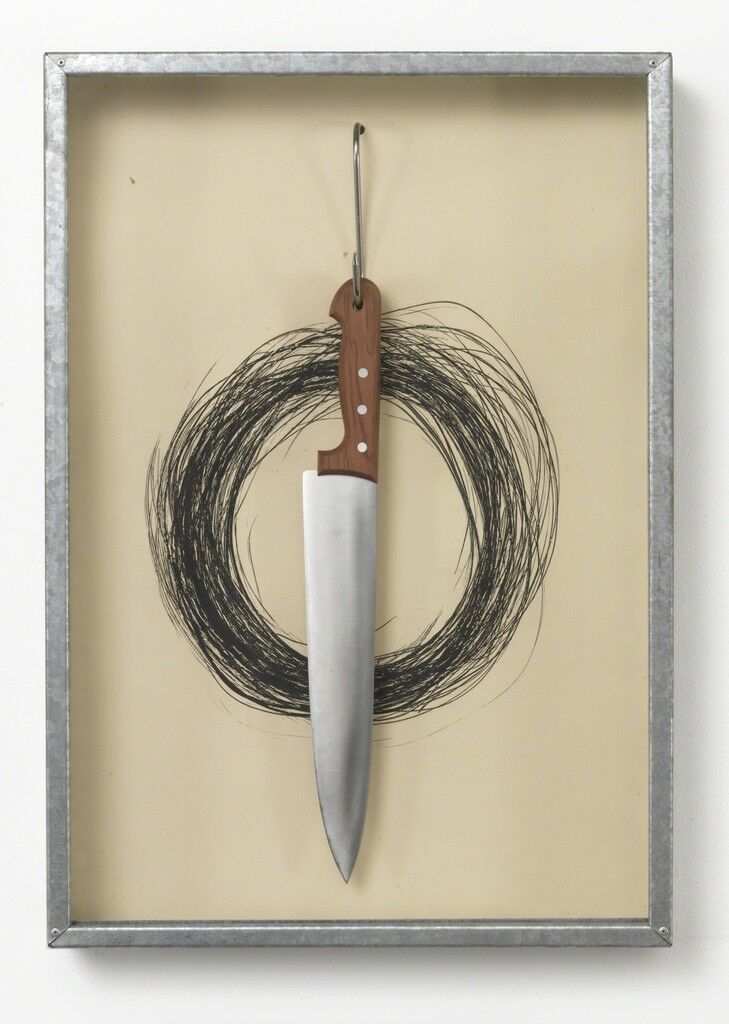 Jannis Kounellis
UNTITLED (HANGING KNIFE), 1991
Cheim & Read
Although the late Greek artist Jannis Kounellis worked in performance, sculpture, and installation, he saw it all as a form of painting. “Everything I do is painting, even if I don’t touch a brush,” he told the New York Times. “I tell my truth as a painter.” A leading figure in the
Arte Povera
movement, Kounellis incorporated humble materials like burlap, rope, coal, and found objects into his practice. “Jannis Kounellis in Six Acts,” the first U.S. survey of Kounellis’s work in over three decades, assembles a lifetime of his artmaking—from the large-scale paintings in his “Alphabet” series (1959–61) to later works that combined painting and performance. 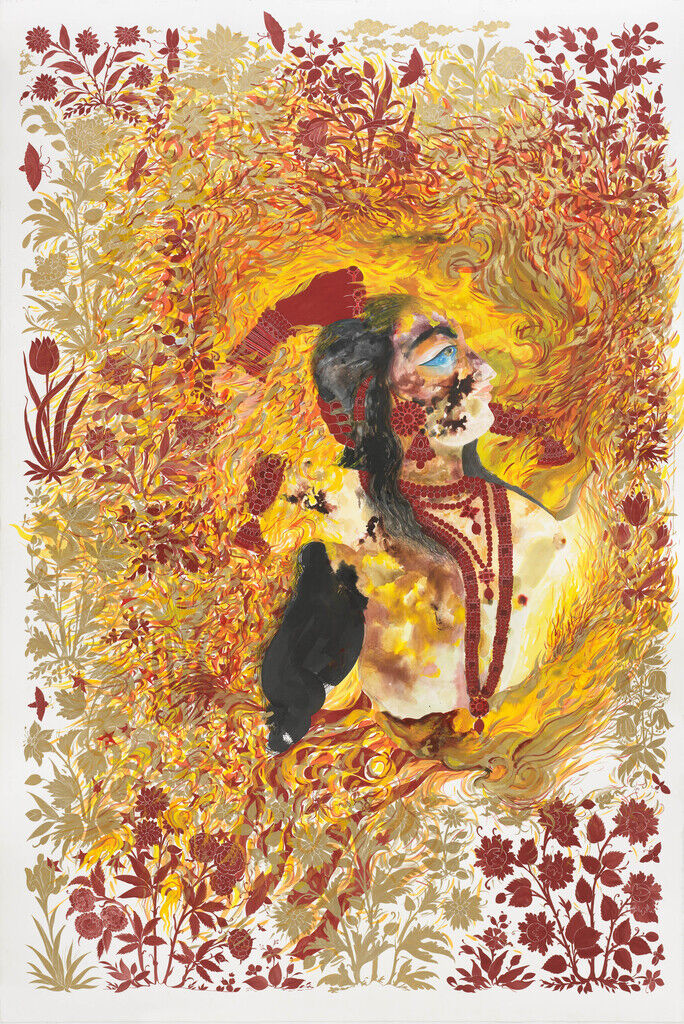 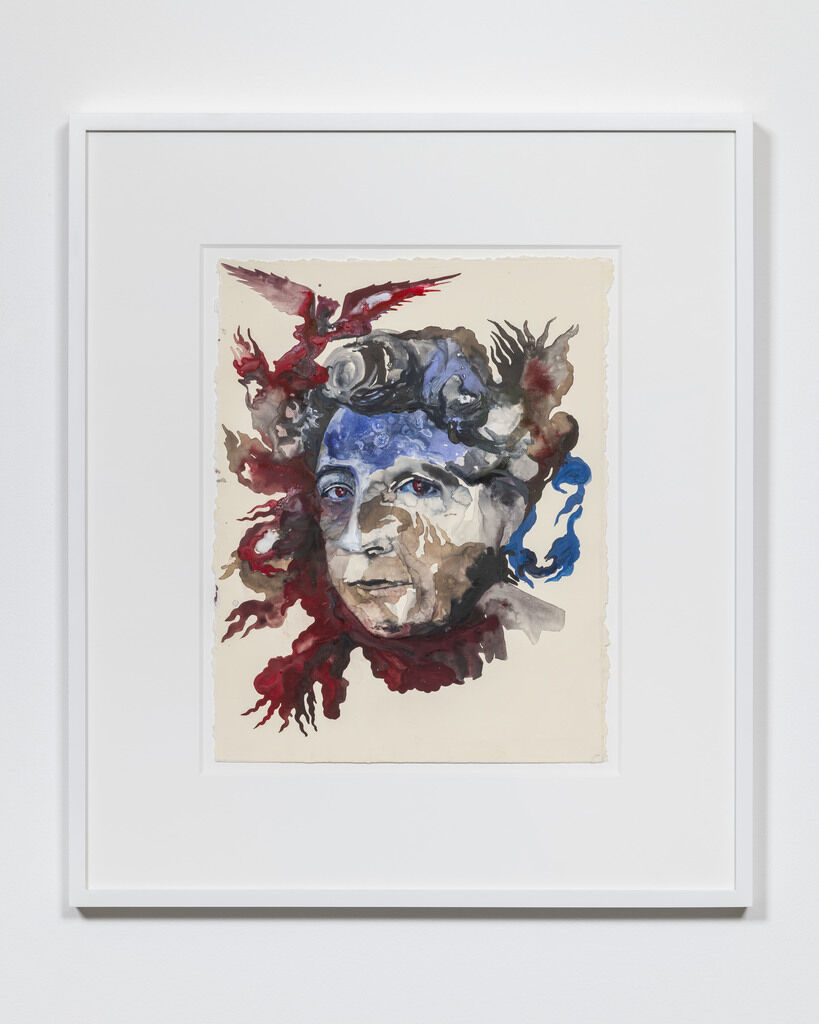 Shahzia Sikander
Portrait of Adrienne Rich: Diving into the Wreck, 2019
Pilar Corrias Gallery
Shahzia Sikander reinterprets the tradition of miniature painting to examine issues of gender, race, and class. Filled with female figures and mythological creatures, Sikander’s impeccably rendered works are at once delicate and unsettling. “Shahzia Sikander: Extraordinary Realities” at the Museum of Fine Arts, Houston, marks Sikander’s return to an institution that was formative earlier in the artist’s career; she participated in the Core Residency Program at the MFAH Glassell School of Art from 1995 to 1997. This mid-career retrospective, organized by the RISD Museum and first shown at the Morgan Library & Museum, gathers together the first 15 years of the prolific artist’s career.
Leah Gallant
Thumbnail image: Portrait of Nick Cave, 2018. Courtesy of the artist and Jack Shainman Gallery.
Related Stories

Korakrit Arunanondchai Is Seducing the Art World with Haunting Films 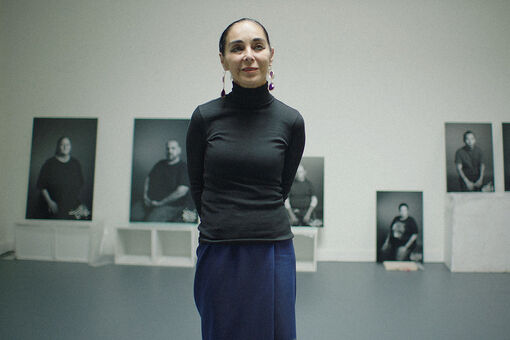 The Future of Art According to Shirin Neshat
Artsy Editorial
Jan 28, 2021 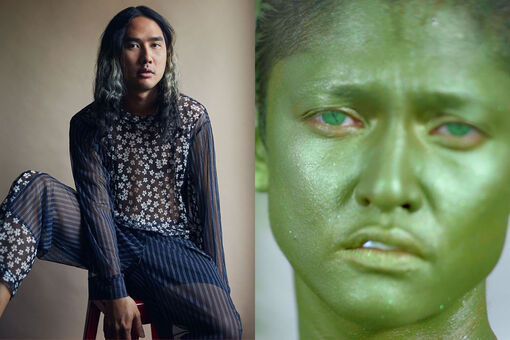 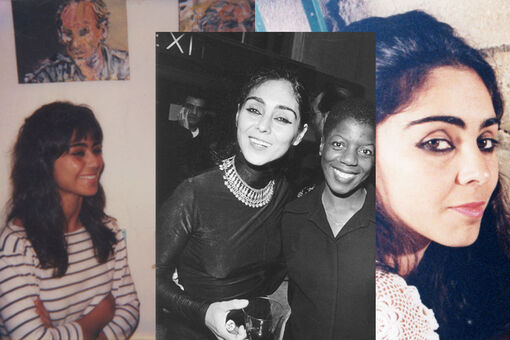 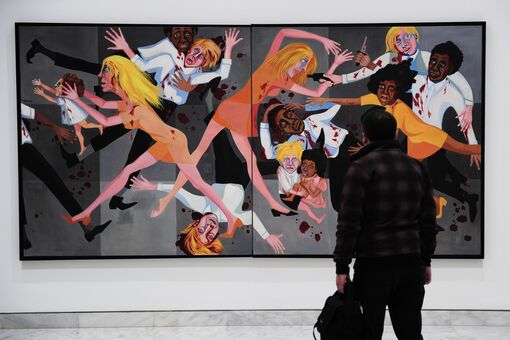