10 Artworks to Collect at AIPAD

Alexxa Gotthardt
Apr 8, 2016 5:48pm
In anticipation of the opening of AIPAD’s 36th edition of The Photography Show at the Park Avenue Armory, Artsy scoured the fair preview with an eye for new and rare works to look out for while navigating the booths of 86 galleries. While superlative images by photography’s biggest names abound across the photography-focused fair, our interest was piqued by important but somewhat lesser-known artists working in the 1960s, ’70s, and ’80s, like
Hans Breder
,
Neil Winokur
, and
John Divola
, and emerging names to watch, like
Samuel Gratacap
,
James Mollison
, and
Clarissa Bonet
. Despite recent record-breaking sales of
Pictures Generation
masters like
Cindy Sherman
and
Düsseldorf School
pioneers like
Andreas Gursky
, photography remains one of art’s most accessible markets, and The Photography Show offers strong work at every price point. 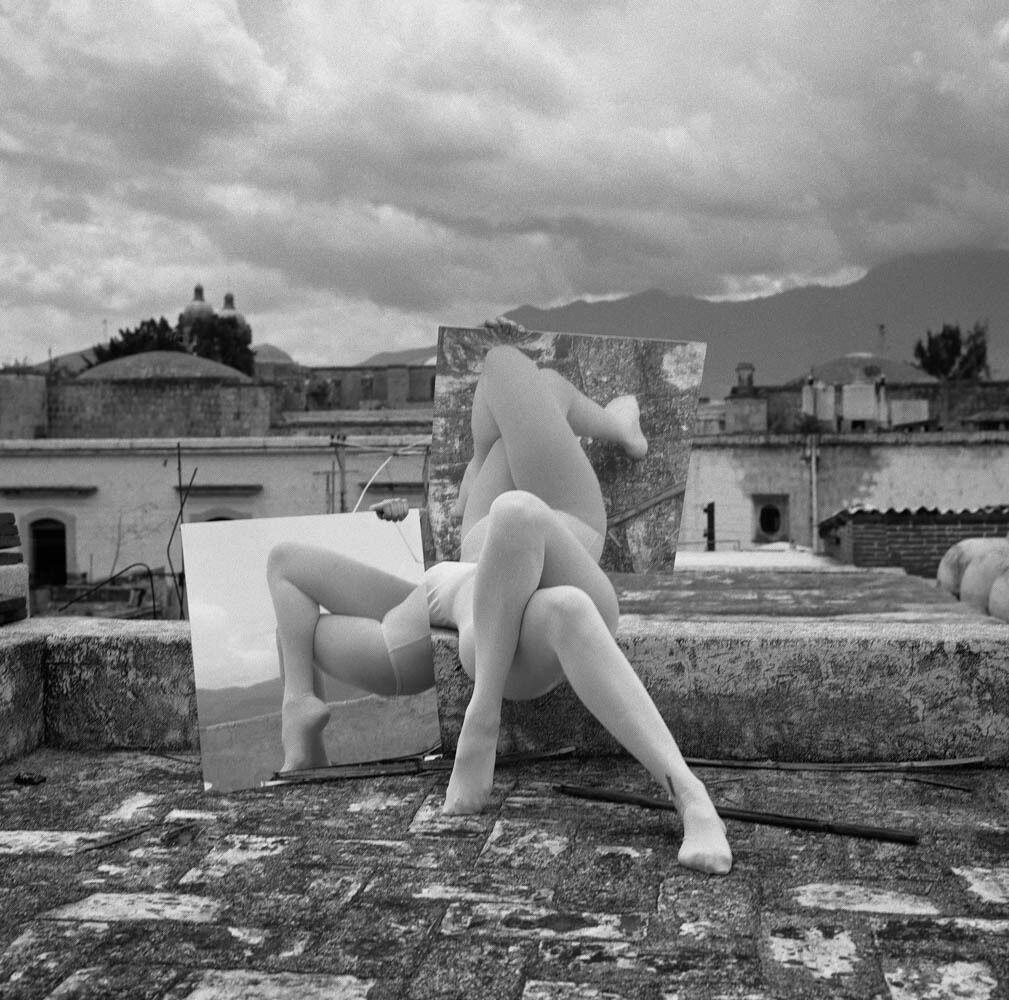 Hans Breder
Hotel Principal, Oaxaca, 1973
Danziger Gallery
Breder’s genre-bending body of work has toed the line between photography, performance, and sculpture since the 1960s, when he moved from Germany to New York and became a fixture of the avant-garde scene. Soon after, he began a series of photographs called “Body/Sculptures” that used mirrors to multiply, alter, and distort the human form (
Kertész
and
Bellmer
were touchstones). In this surreal composition, shot in 1973, two mirrors and three pairs of legs become writhing architectural embellishments against the Oaxaca skyline. It was during this year that Breder used the late artist
Ana Mendieta
, his longtime lover, as a subject; she often cited Breder as an influence, and he likewise documented many of her early performances. 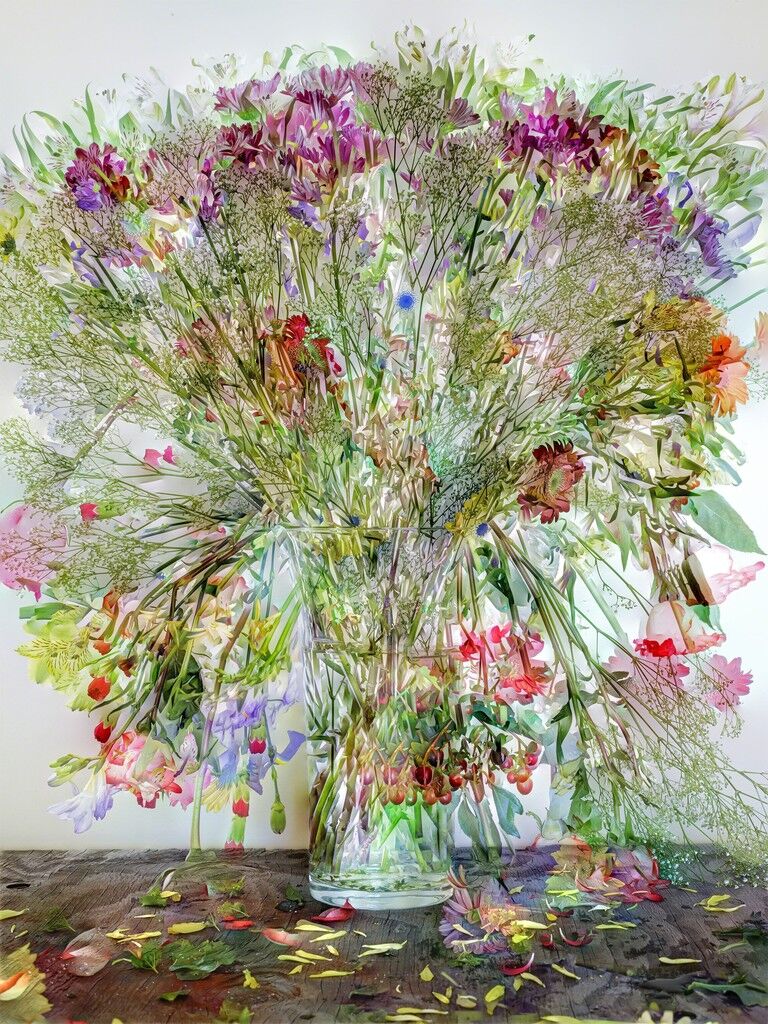 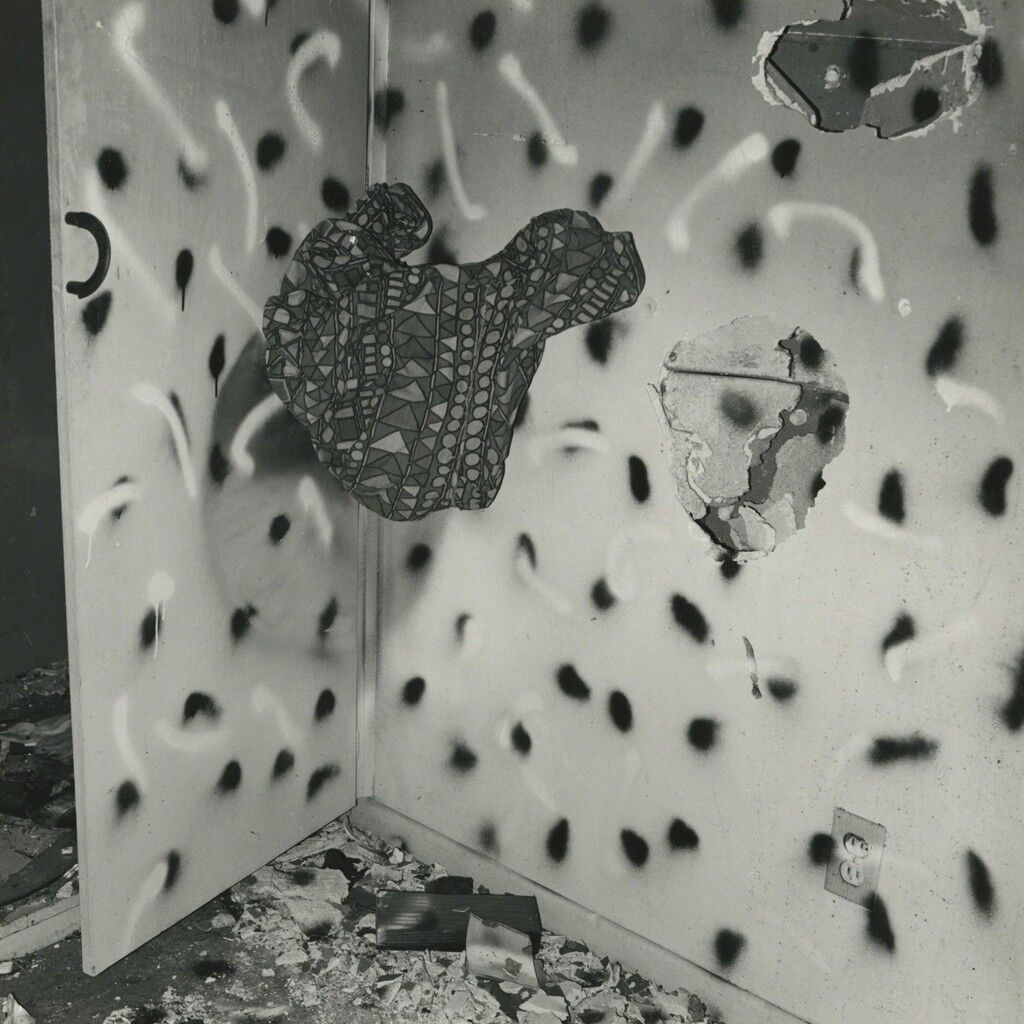 John Divola
Vandalism Series, 1974
Lee Gallery
When Divola’s new work showed up in a solo show at Maccarone Gallery last month, we were reminded of the groundbreaking photographer’s earliest images of abandoned buildings. Lee Gallery brings two such works from his iconic “Vandalism Series” to the fair. Since the early 1970s, after studying under
Robert Heinecken
, Divola has made images that use the deserted structures and wide open spaces of his native California to explore themes of deterioration, loneliness, and freedom. This piece shows a forgotten, debris-covered corner dotted with Divola’s own spray-painted interventions—marks that signify not only the hand of the artist, but also the passage of time and the process of decay. 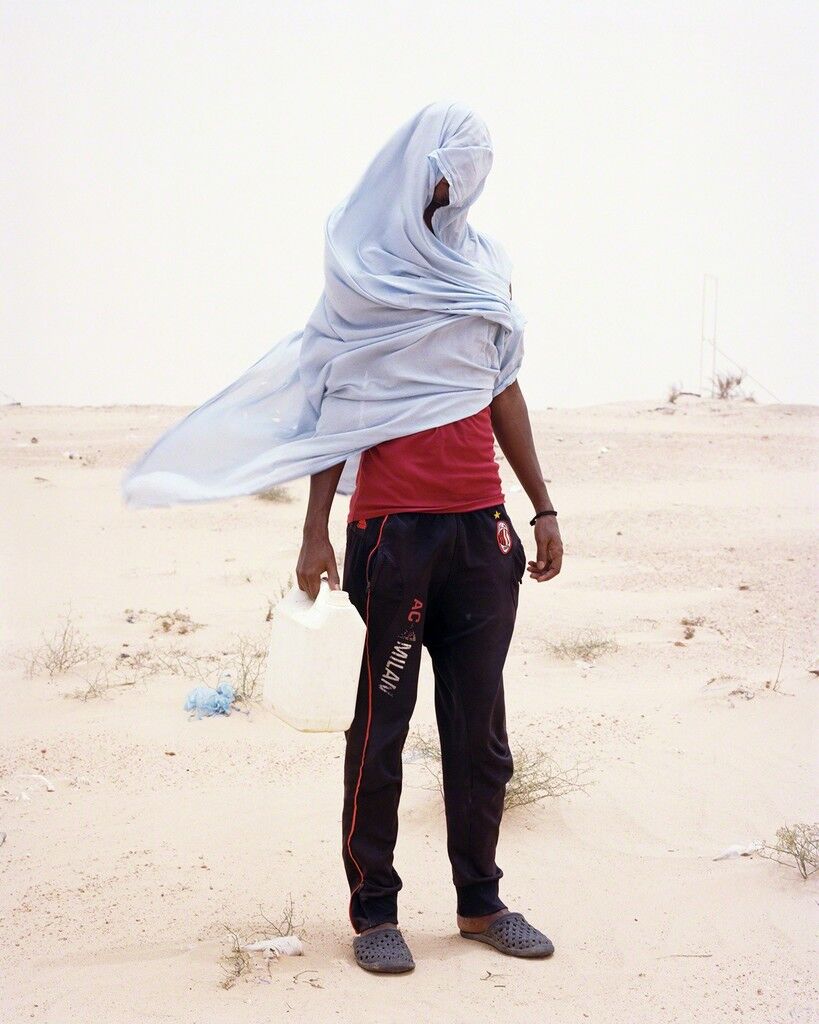 Samuel Gratacap
Untitled #04, 2012-2014
Galerie Les filles du calvaire
Thirty-two-year-old French photographer Gratacap has documented the migrations and daily lives of refugees—those fleeing from Libya, Tunisia, and Southeast Asia—since 2007, for a project that now feels all the more relevant in light of the migration crisis. Here, a man shields himself from the desert wind, his face obscured by a thin cloth. Rendered with an intimacy typical of Gratacap’s work, the image comes from his extended “Empire” series, for which the artist trained his lens on a handful of the 200,000 migrants that sought temporary refuge in Tunisia’s Choucha transit camp. 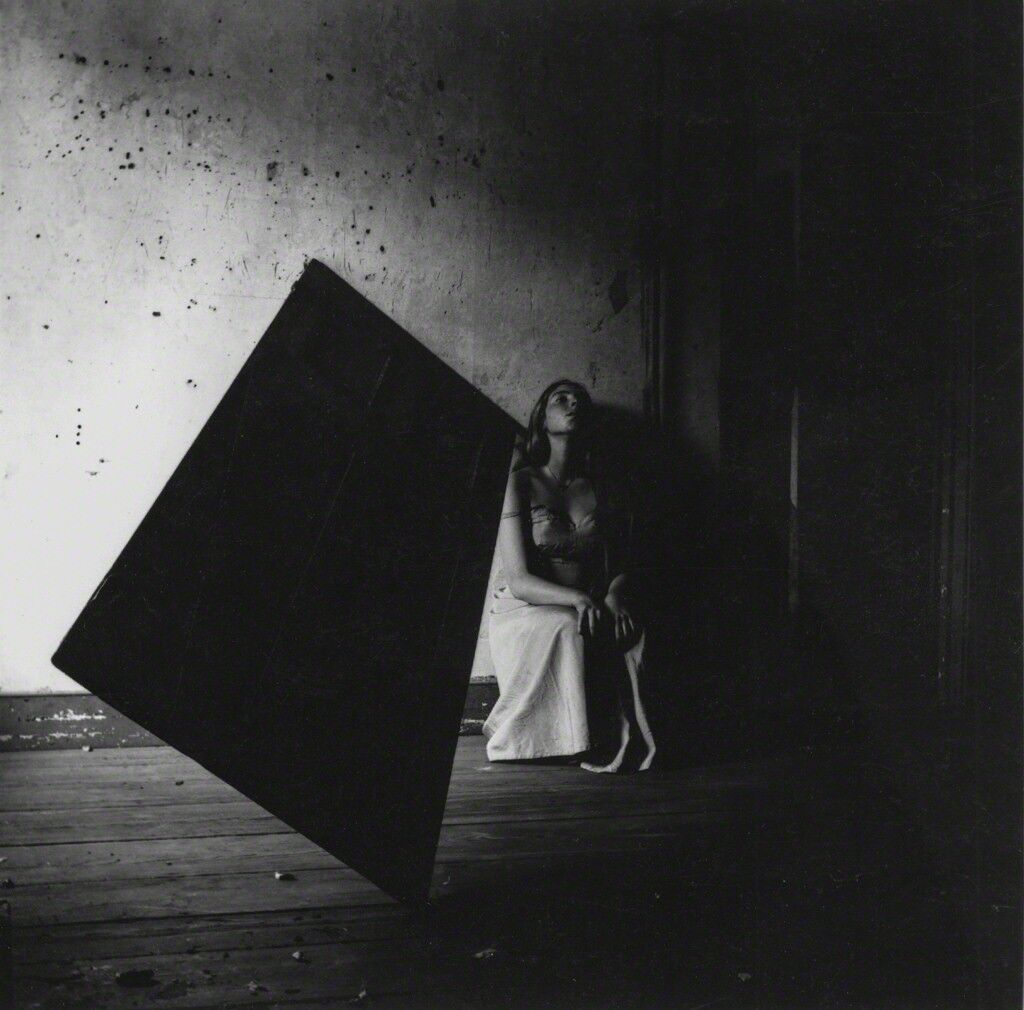 Francesca Woodman
Untitled (Self-portrait from The Door Series), Providence, Rhode Island, 1976
Robert Klein Gallery
Woodman
took most of her small, arresting photographs while still in school at RISD, and before her untimely death at the age of 22. As in all of her work, Woodman placed herself within the frame of this enigmatic image, where her crouching body is partially obscured by a door that’s been removed from its frame and balances precariously between the floor and wall. The shadowy scene brims with psychological drama typical of Woodman’s work, in which she manipulates her own body and the environment around it to explore emotions like anxiety, vulnerability, and fearlessness. 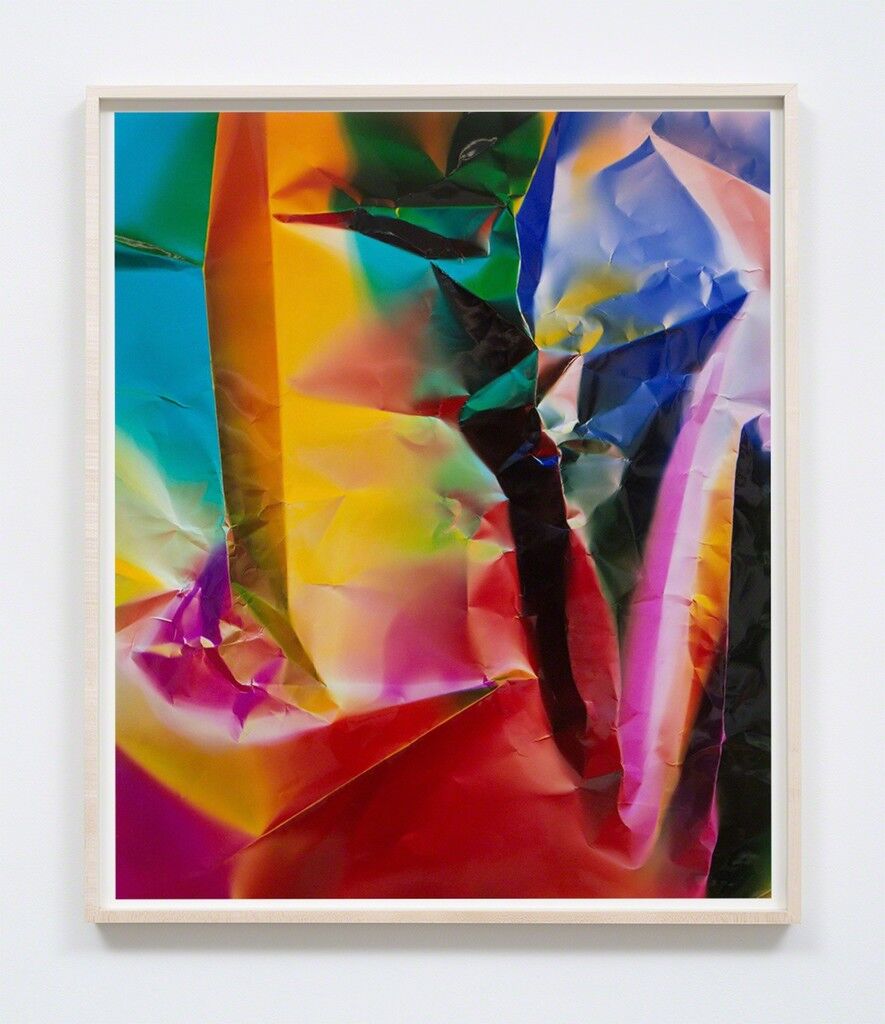 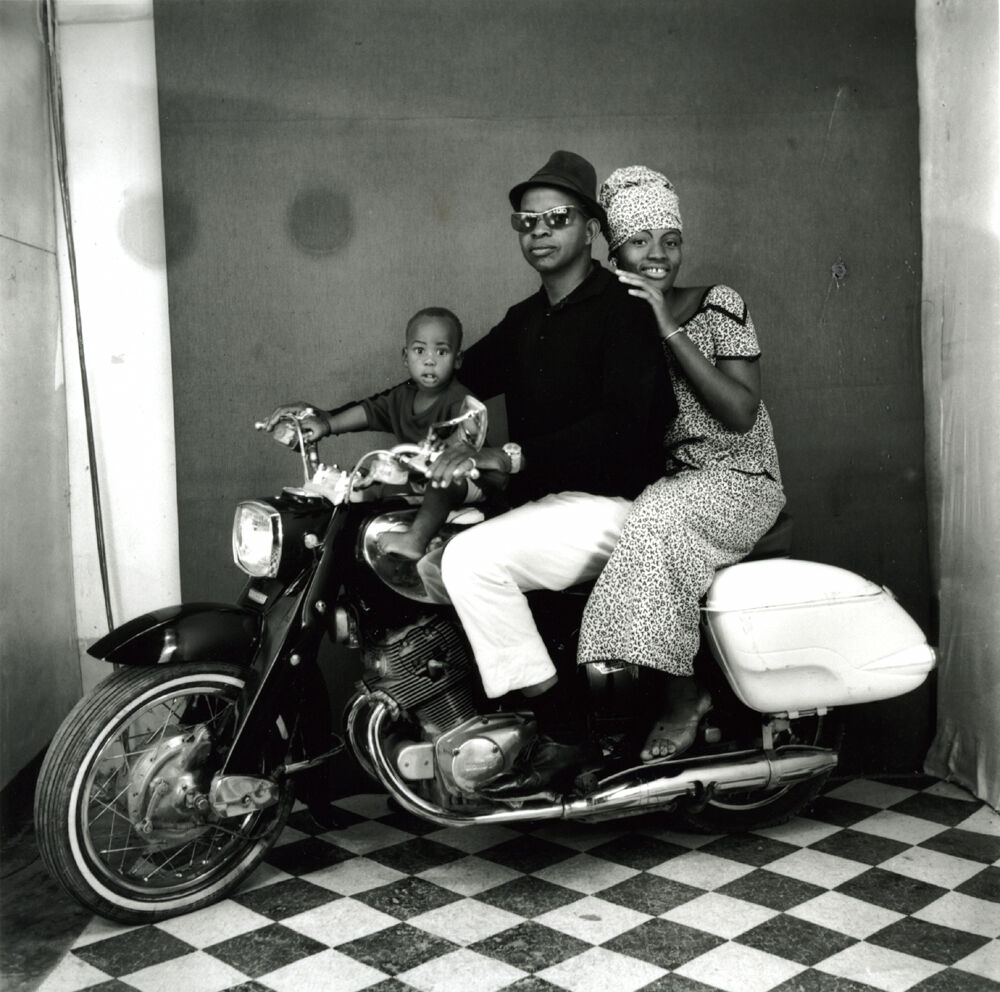 Malick Sidibe
Toute la famille en moto, 1962
GALLERY FIFTY ONE
Sidibé
’s photographs of the parties, street life, and denizens of his native Bamako, taken primarily in the 1950s, ’60s, and ’70s, practically hum with human energy and creativity. They span snapshots of couples twisting dramatically at rock-and-roll clubs to formal portraits of young people dressed to the nines. This work comes from the latter series and depicts a family sitting atop a gleaming motorcycle, the father sporting sunglasses in what seems like a chest-puffing, albeit endearing, sartorial choice. The image represents what Sidibé does best: capturing human traits that, while rooted in a specific culture, transcend time and geography. 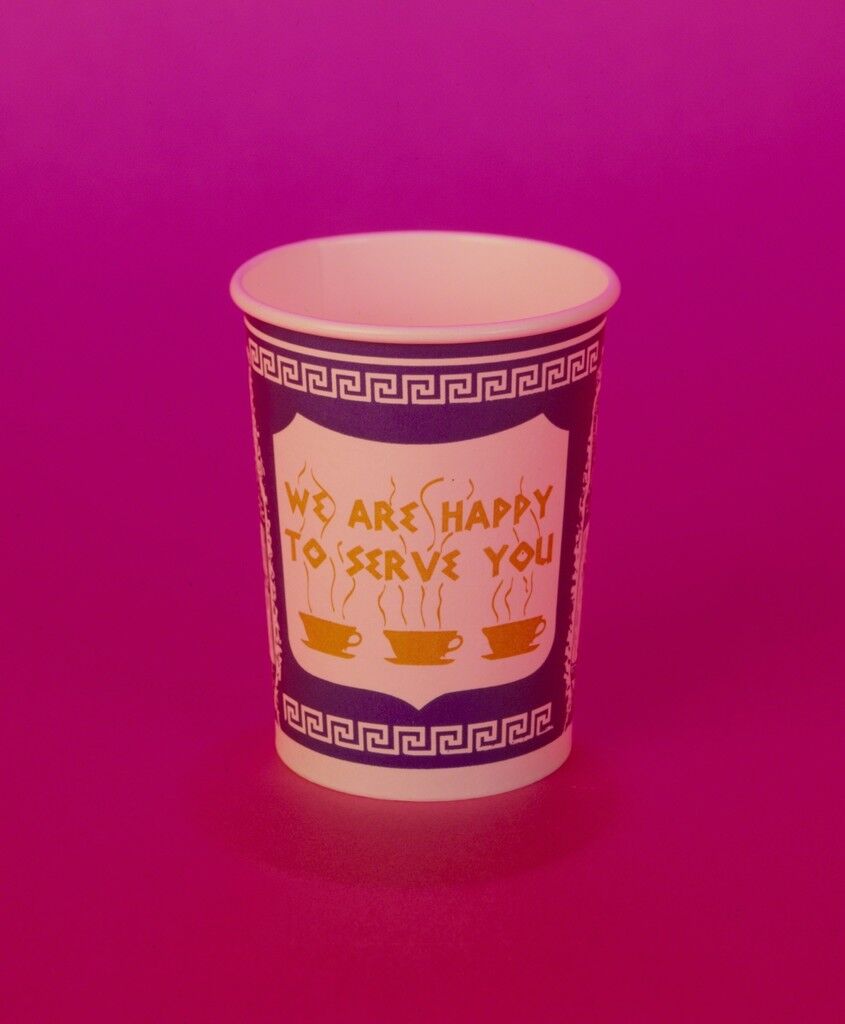 Neil Winokur
Coffee Cup, 1988
Janet Borden, Inc.
Winokur is a born-and-bred New Yorker, with a personal history—and photography portfolio—that reflects his long-term relationship with the city. While working a job at the storied Strand bookstore in the 1980s, he began taking the photos that would lay the bedrock for his body of work: close-ups of downtown artists like Cindy Sherman,
Andy Warhol
, and
Peter Hujar
. But he soon set live subjects aside to focus on his arguably stronger images of everyday objects. This work presents an iconic deli coffee cup against a potent, hyper-saturated fuchsia background. It’s part of Winokur’s “New York” series, in which he isolates and honors the likes of hot dogs, bagels, and Chinese to-go cartons, creating a humorous but potent portrait of his hometown. 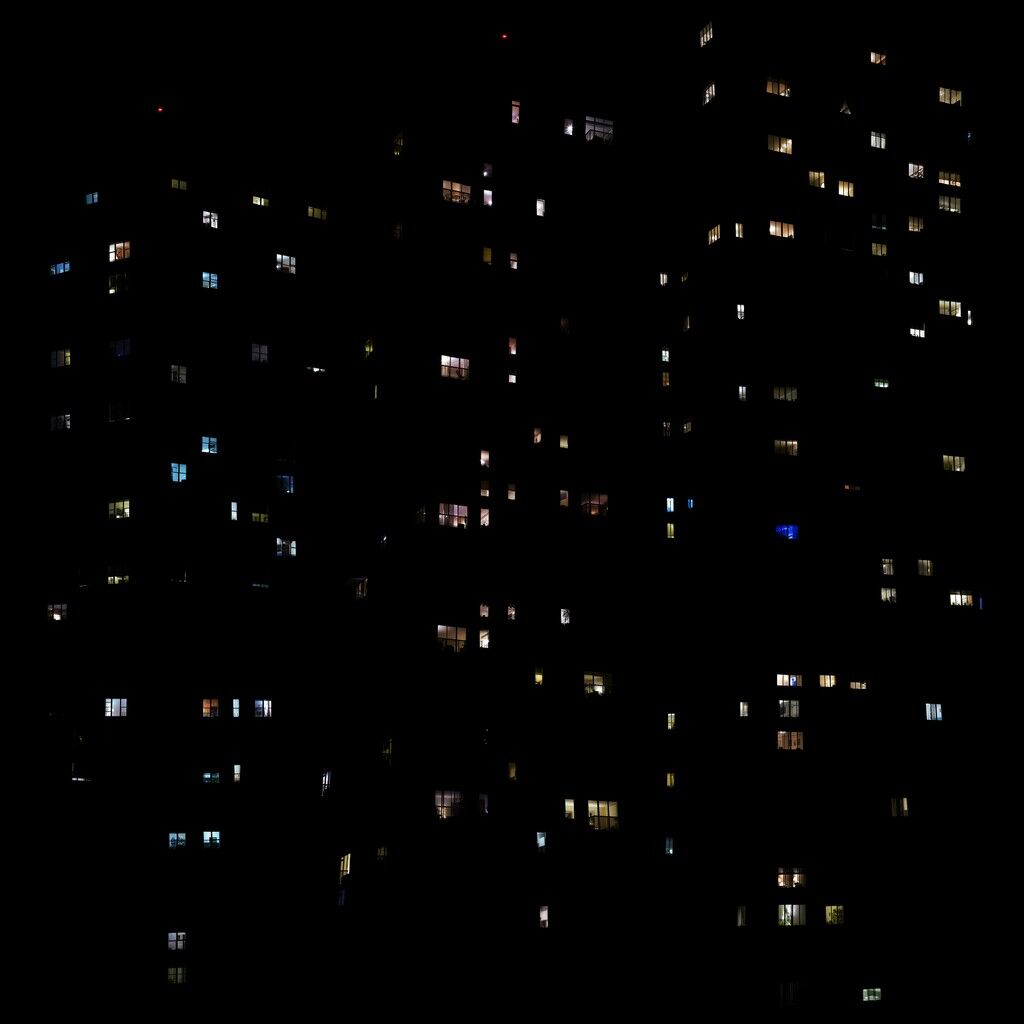 Clarissa Bonet
SL.2016.0215 NYC, 2016
Catherine Edelman
Part of young, Chicago-based Bonet’s “Stray Light” series, this work shows scores of glowing apartment-building windows, stacked on top of each other in a sea of black. Bonet builds the composition by compositing multiple images of the nighttime urban landscape. En masse, the windows conjure familiar feelings and desires that cities inspire—like alienation and voyeurism. Bonet’s other series, too, use the interaction of light and architecture to explore the psychological effects of city living. 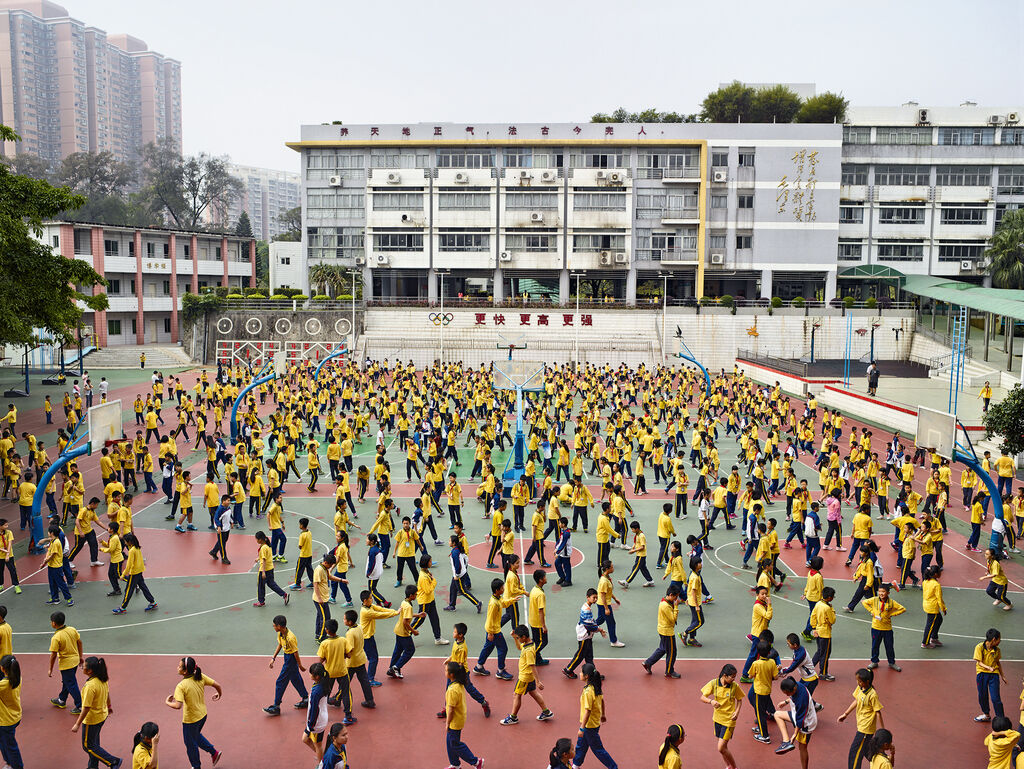 James Mollison
Affiliated Primary School of South China Normal University, Guangzhou, China, 2014
Robert Klein Gallery
This image comes from Kenya-born, London-based
Mollison
’s “Playground” series, which looks at the recess rituals of schoolchildren around the world, from India to Norway to Sierra Leone. Across the series, Mollison places his camera at the edge of playgrounds, taking multiple images that he composites into single works teeming with children cavorting, fighting, and exploring. This image focuses on a schoolyard in Guangzhou, China, whose countless subjects, all in uniform, mill about under a skyline of stacked apartment buildings and a wall emblazoned with the Olympic rings, perhaps an allusion to the 2010 games held in neighboring Beijing. Like all of Mollison’s images from the series, the scene is coded not only with information about children’s habits, but also about the cultures in which they’re embedded.
Alexxa Gotthardt
Explore AIPAD 2016 on Artsy.
Related Stories 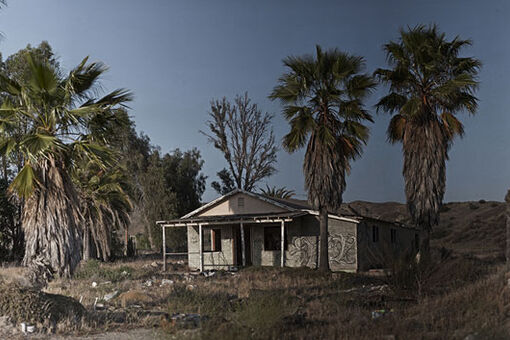