Oliver Herring, Nick, 2019. Courtesy of the artist and BANK.

More than 200 galleries from around the world are participating in the Frieze Art Fair’s inaugural online viewing rooms, which opened to VIPs on Wednesday, will open to the general public on Friday, and will be accessible through May 15th. They’re an alternative to the British fair’s annual New York edition on Randall’s Island, which was canceled this year due to COVID-19. Unusual presentations and special sections enliven the platform, including October Gallery’s selection of spooky spray paintings (and a door riddled with bullet holes) by famed writer and ne’er-do-well
William S. Burroughs
, and a “Chicago Tribute” sector featuring work by female artists from Chicago—including
Gertrude Abercrombie
,
Evelyn Statsinger
, and
Molly Zuckerman-Hartung
, to name a few.
While some repeat fair visitors will miss the water taxi ride and the sight of the mighty Frieze tent, others will find solace browsing the rich offerings from the comfort of their home, wearing pajamas and slippers instead of their art-world uniforms. Here are our favorites from the fair’s virtual booths.

With works by indigenous cultures of the Great Plains New York’s Donald Ellis Gallery is showing some of the fair’s oldest objects: 19th-century works on paper (and one on muslin) by indigenous peoples from the Great Plains. The displayed “Ledger drawings” helped people of the Lakota, Crow, Arapaho, and Cheyenne tribes record history, since they had no written language. The compositions feature warriors on horseback, a patchwork train roaring across a verdant plain, bands of marching figures, and a quiet handshake between two teepees. To the contemporary viewer, the works offer insights into the styles, conflicts, and communities of another era.

Donald Ellis Gallery
View Slideshow
5 Images
Advertisement
“Ledger drawings chronicle a tumultuous and important chapter of the history of this country from an indigenous point of view,” said Donald Ellis, who’s selling the drawings for figures between $5,500 and $250,000 (for the work on muslin). Paper only became available to the Great Plains tribes in the 19th century, through trade. “These extraordinary works of art capture time and place in a way that is immediate and honest and quite unlike anything else I have encountered,” Ellis said. “It has been my intention to give them the audience they deserve.” The gallery will donate 20 percent of all sales to the Center for American Indian Health, the NYC COVID-19 Emergency Relief Fund, or City Meals on Wheels, depending on the purchaser’s preference. 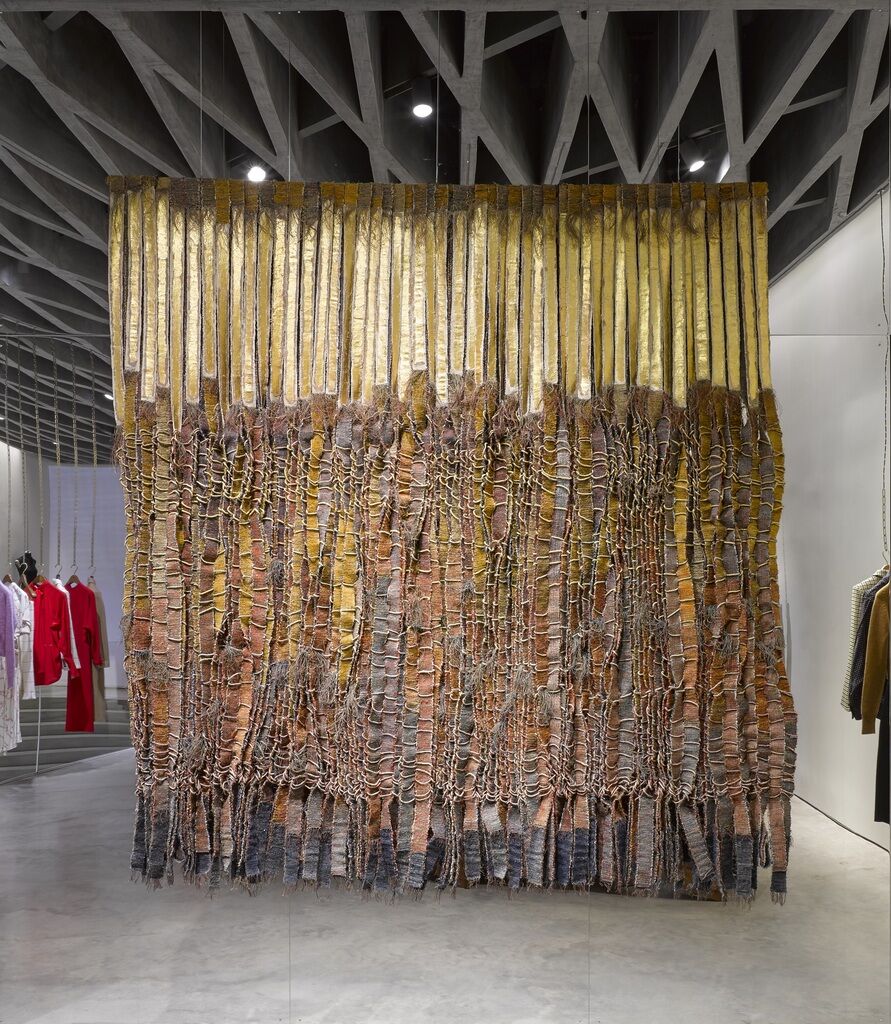 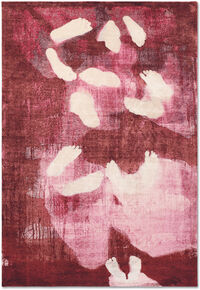 Richard Saltoun
View Slideshow
5 Images
“Like
Christo and Jeanne-Claude
, these artists took on nature and their own cultures—replicating the traditional landscape of their homelands through the woven thread,” said gallery sales director Niamh Coghlan. Unusual materials, including horsehair, sisal, gold leaf, and metallic thread, enhance these artworks’ mystique. By Wednesday afternoon, the gallery had sold works by de Amaral,
Gustavo Pérez Monzón
,
Bice Lazzari
, and Buić to private collections in the United States.

With works by Rona Pondick 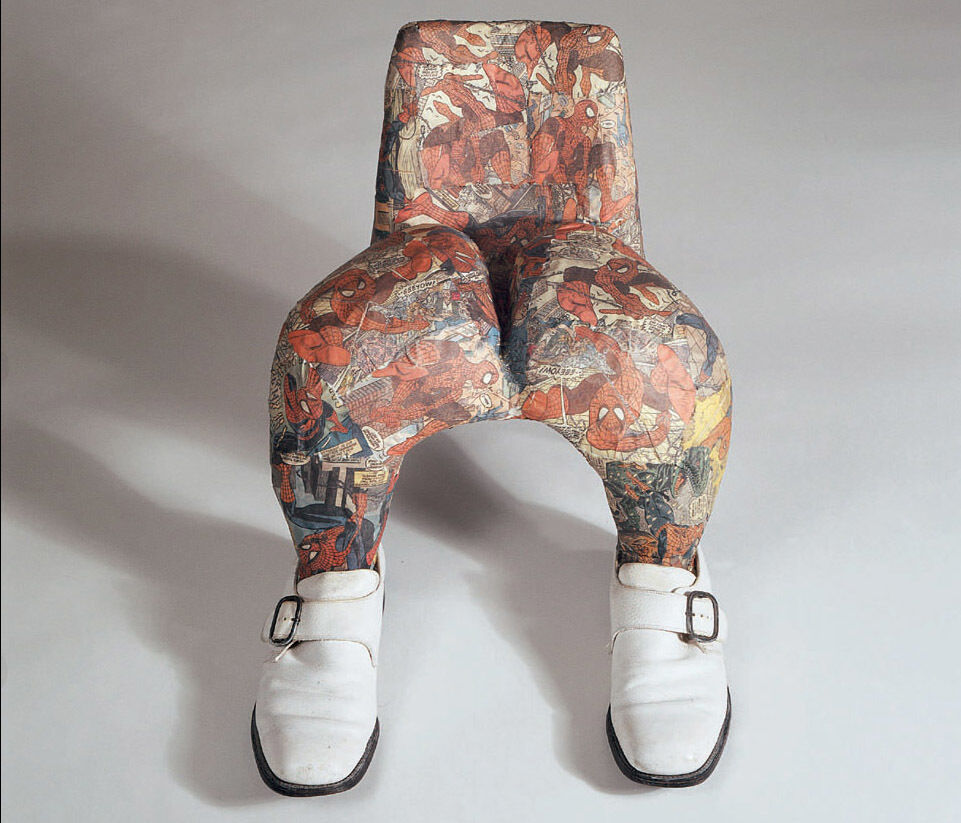 Rona Pondick
Chairman, 1992
Marc Straus
Rona Pondick
’s sculptures examine femininity with humor and a heavy dose of the grotesque. Her materials include baby-bottle nipples, ballet slippers, and tights, combined and contorted into strange sculptures and installations. Pondick’s aesthetics and themes place her in an stylistic lineage that includes
Louise Bourgeois
,
Eva Hesse
, and
Sarah Lucas
—yet her name isn’t nearly as well known in collecting circles. “We hope to begin to correct that,” said New York–based dealer Marc Straus, who’s exhibiting works priced between $10,000 and $20,000 (for a pair of baby bottles nestled in ballet slippers) to between $100,000 and $250,000 (for a major installation). 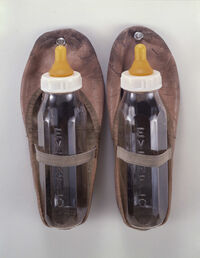 Marc Straus
View Slideshow
4 Images
While Pondick has had dozens of solo museum shows throughout her career, her market history is more checkered. Before Straus began showing her work, she showed with Sonnabend Gallery (which didn’t participate in art fairs) and Galerie Thaddaeus Ropac. Pondick’s work rarely goes to auction, and she can take years to resolve a new body of work. Yet Straus himself has supported Pondick for three decades—he said he purchased the first major work Pondick ever sold: an installation titled Little Bathers (1990), made up of 500 small pink balls embedded with fake teeth. “We’ve been good friends since,” said the gallerist. 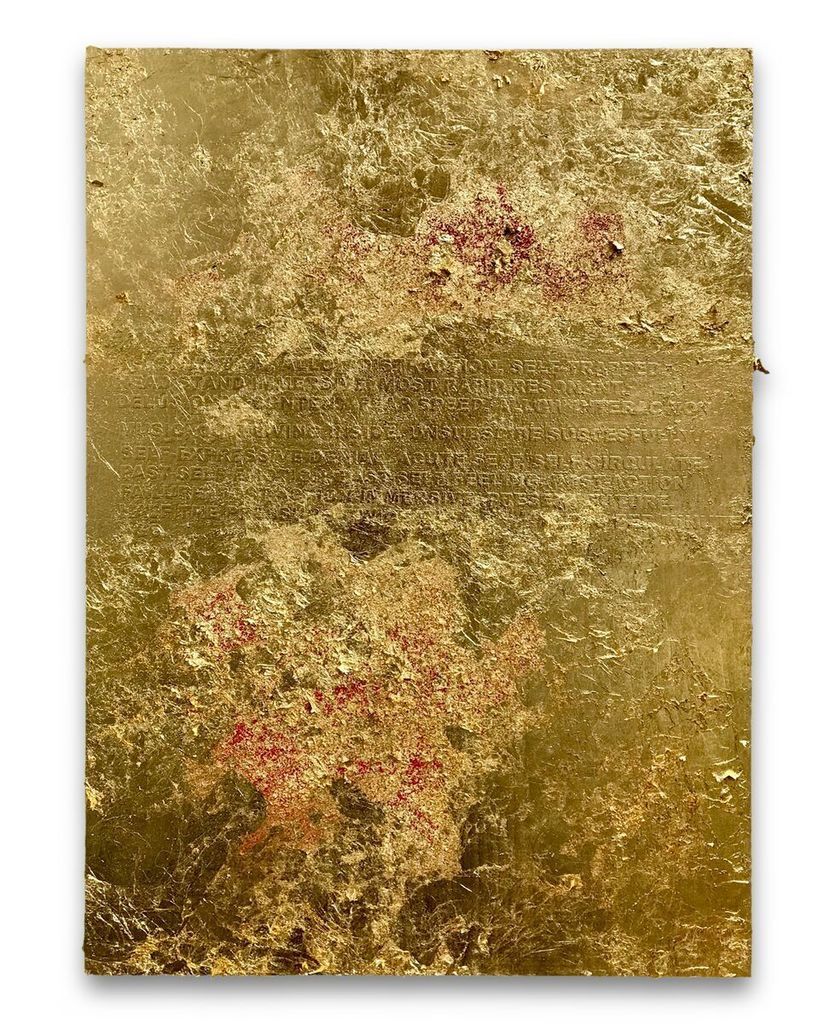 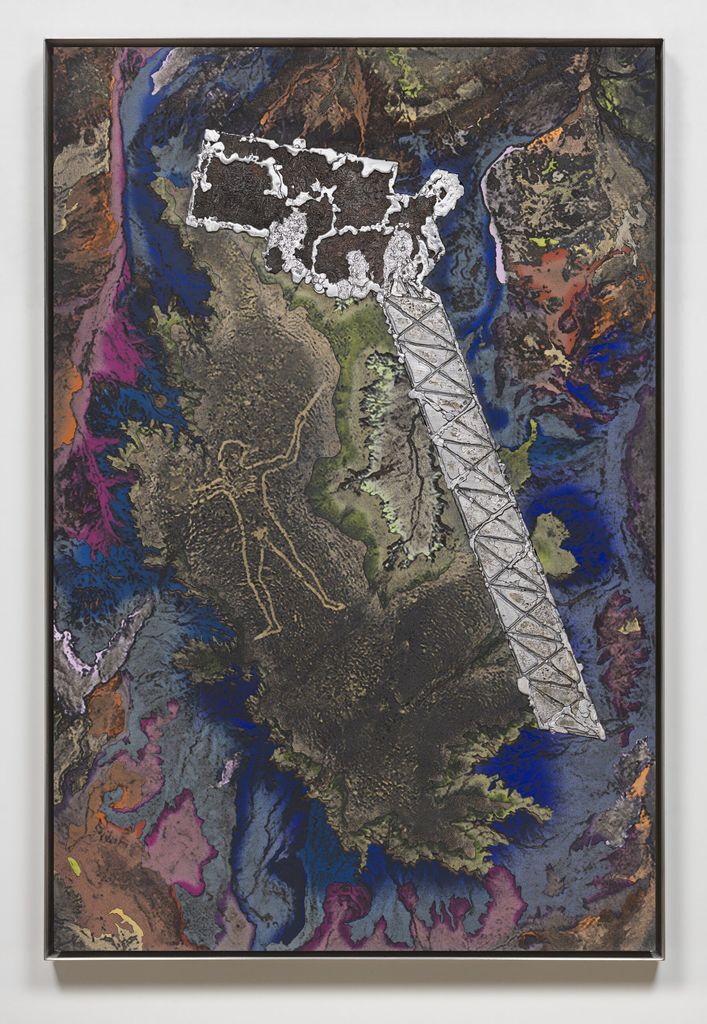 Matthew Day Jackson
Solipsist XIX, 2020
Hauser & Wirth
Within three hours of the Frieze Viewing Room preview opening on Wednesday, Hauser & Wirth had already announced nearly $5 million in sales.
George Condo
’s Distanced Figures 3 (2020), a zany painting in the artist’s signature post-
Cubist
style, sold for $2 million alone. Condo made the work while in isolation due to the spread of COVID-19, indicating a quick turnaround for such a significant profit, and raising the question: What happened to Distanced Figures 1 and 2? 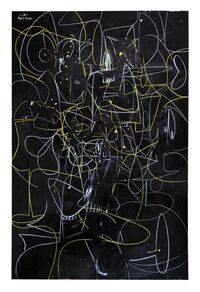 Hauser & Wirth
View Slideshow
5 Images
Artists including
Paul McCarthy
,
Henry Taylor
,
Lorna Simpson
,
Mika Rottenberg
, and
Rashid Johnson
also contributed recent work to the gallery’s virtual booth. Not all of it comments directly on our current crisis, but Rottenberg’s exuberant, symbol-laden drawings suggest that the video artist, unable to make films while in confinement, has turned her quirks and energy to the page. Many of Hauser & Wirth’s artwork photos appear to come straight from artists’ studios—a paint-splattered table, empty shelves, an old radiator, and an artist (
Takesada Matsutani
) gazing at a for-sale painting lurk in the background of the photographs and give character and charm to the gallery’s virtual presentation.
According to Hauser & Wirth president Marc Payot, the gallery embraced such lo-fi photos and videos to reflect the challenges and possibilities of the moment. “It’s a unique opportunity to invite viewers into the private worlds of the artists—a very special experience at this time—and something that can only be done in digital format,” he said.

With works by Iman Raad 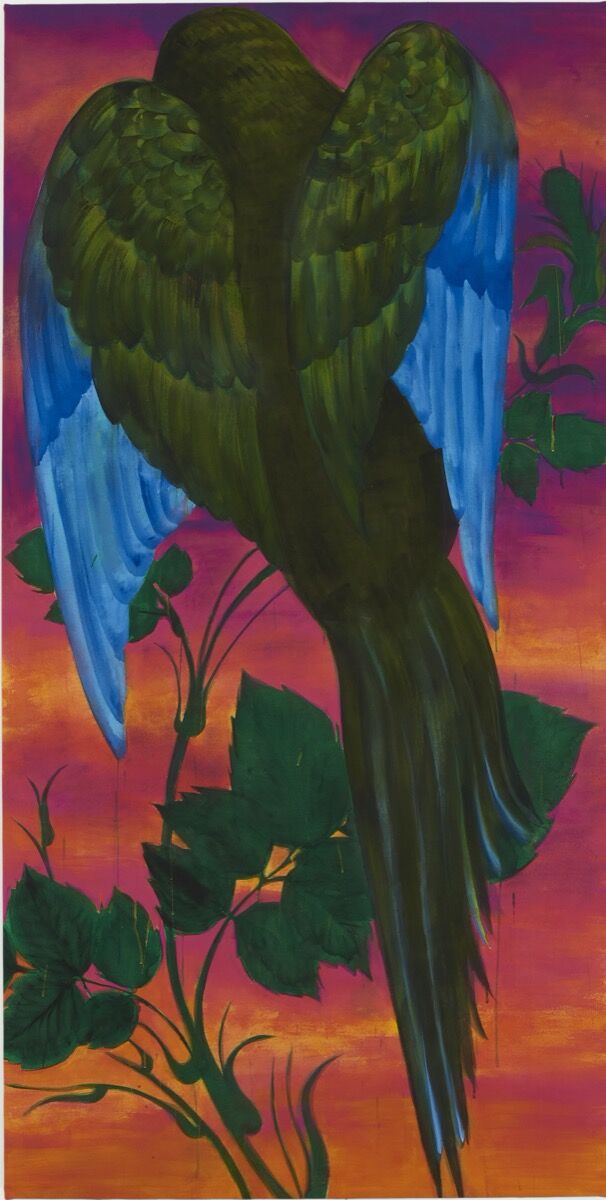 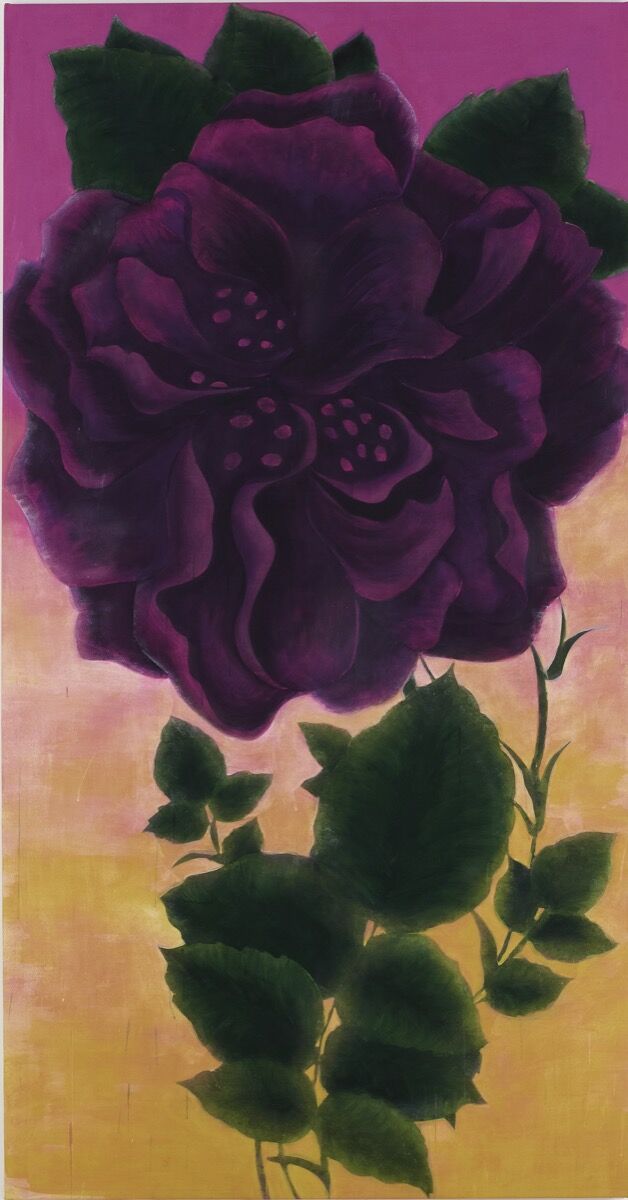 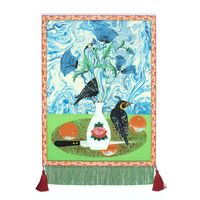 Dastan’s Basement
View Slideshow
4 Images
She noted that while Raad is interested in digital glitch imagery (inspired by screens gone wonky), the Iranian-born, New York–based artist wants to remain “completely authentic and loyal to his heritage and background.” The digital and the ancient comingle comfortably in his compositions, which are priced between $2,500 for a print and $12,500 for paintings.

With works by Marina Weffort 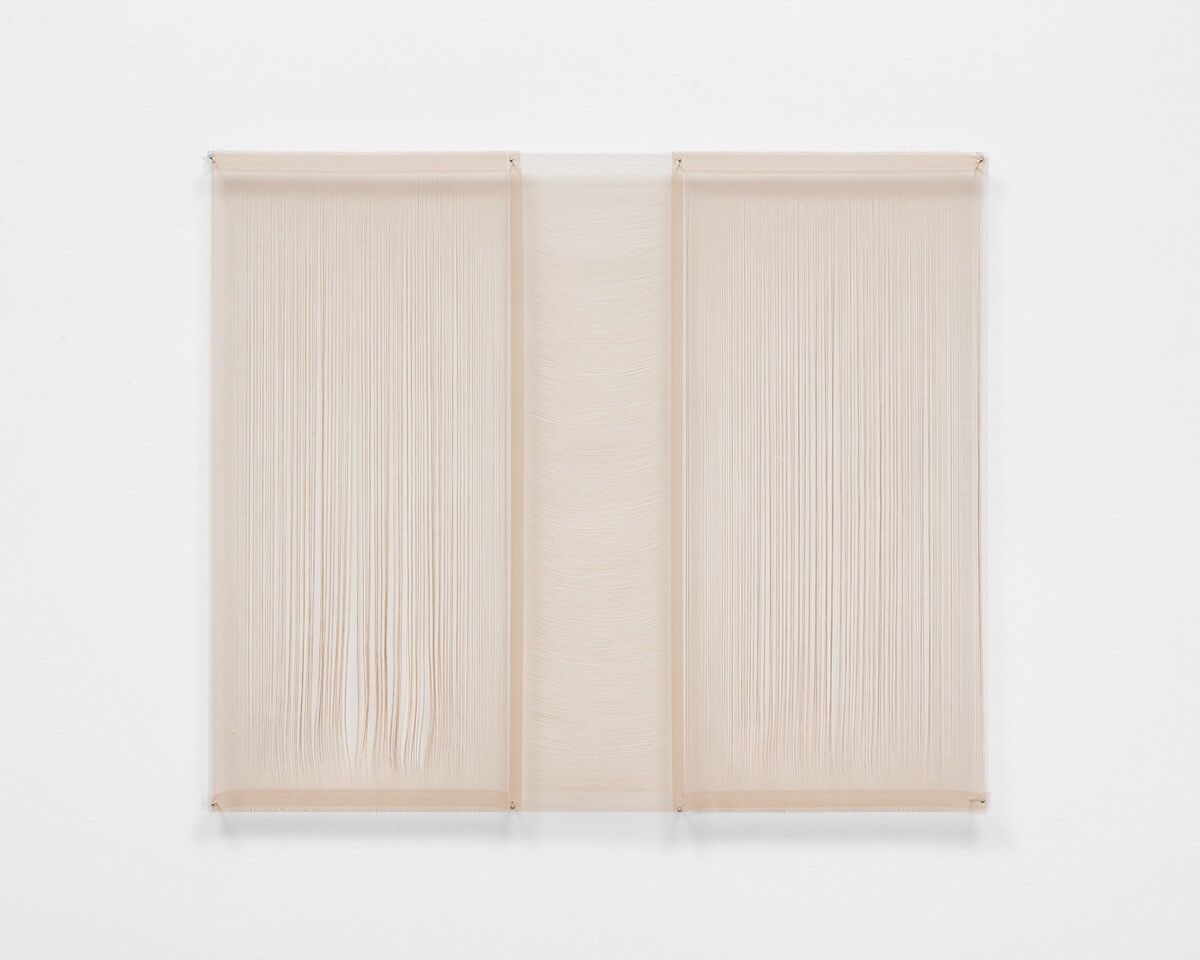 Marina Weffort
’s unusual process involves removing threads from pastel-hued, tight-knit weavings. The results are delicate textiles that privilege lightness and negative space over heft and presence. Weffort pins them an inch from the wall, so they can ripple in the air but also retain their general shapes—most feature rectangular borders with grids or triangles within. The works evoke the quiet, meditative compositions of
Agnes Martin
. They’re on offer in Rio de Janeiro gallery Cavalo’s virtual booth for prices ranging from $3,300 to $10,900. 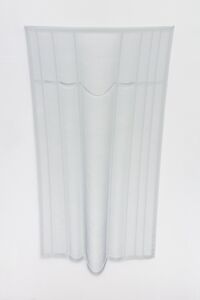 Cavalo
View Slideshow
5 Images
Gallery manager Anita Pastonesi described Weffort’s textiles as “monochromes” inspired by the landscape of her native Brazil. She noted that their shapes and patterns evoke the tradition of geometric abstraction unique to Latin America, while “each unique work is very much present in its own time” as it reacts to the external environment. “The lighting, wind, shadows, and reflections substantially alter the pieces in its final presentation, making the interaction of these factors her main subject,” she added.

With works by Oliver Herring 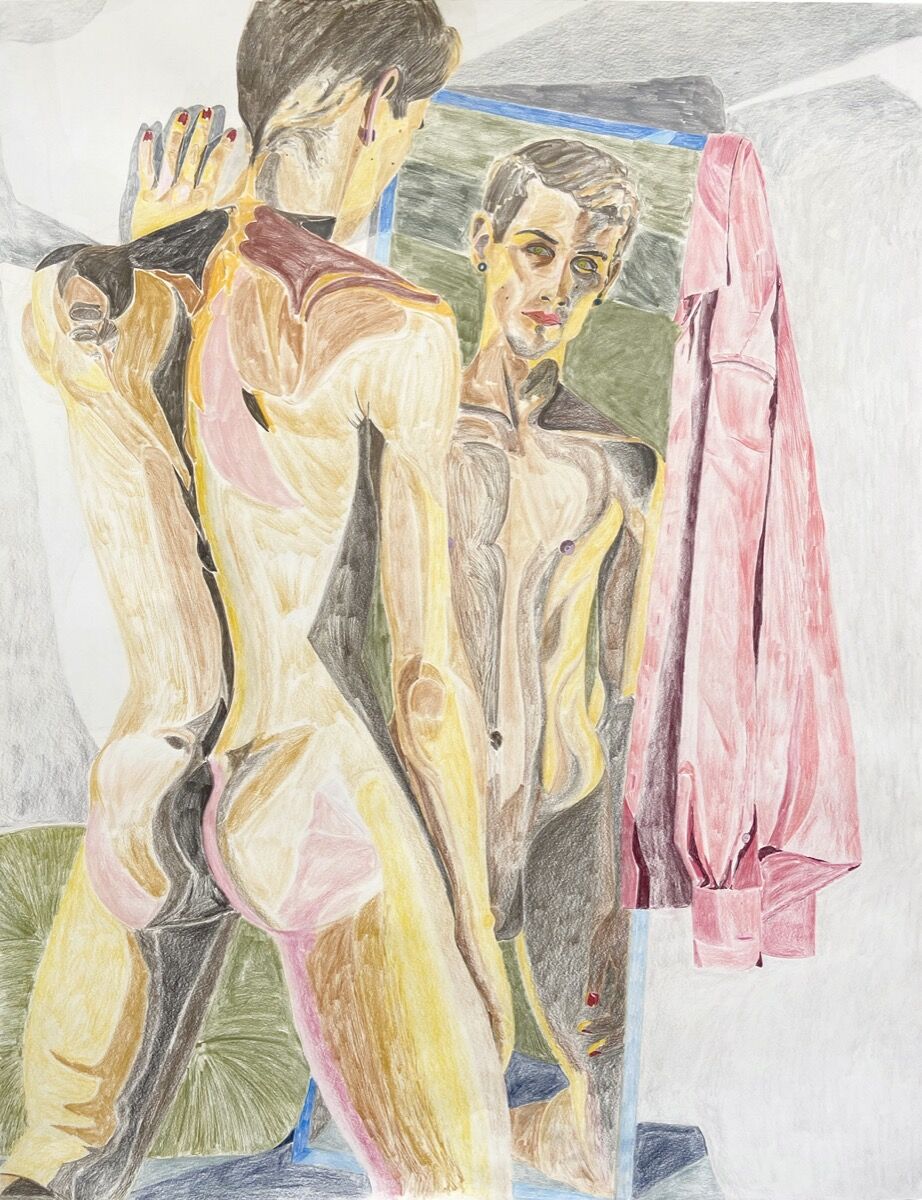 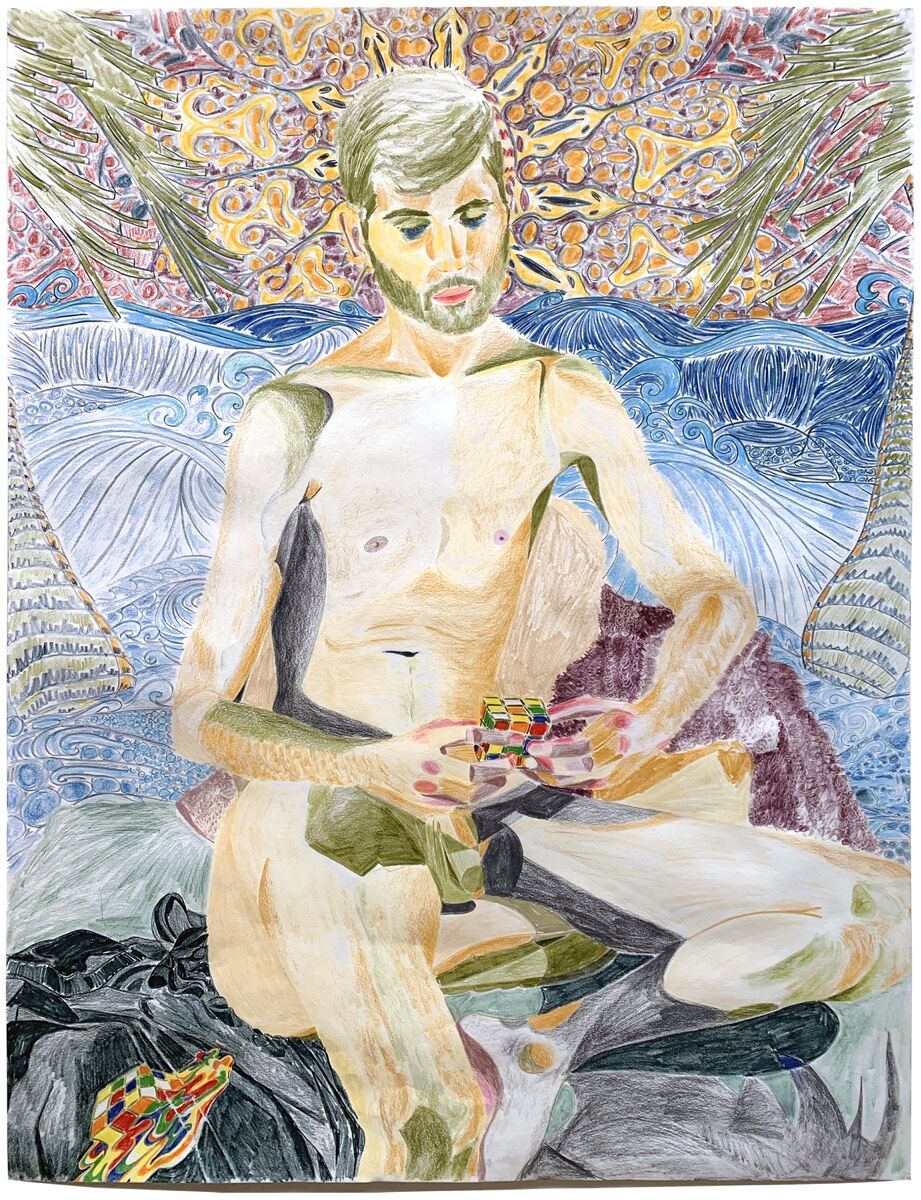 The intimacy of
Oliver Herring
’s vibrant, loosely sketched, colored-pencil-on-paper portraits belies the relationship between artist and muse: The German artist solicited most of his subjects on Craigslist. Priced between $10,000 and $20,000, the drawings feature nude men draped in curtains, lying in a flower bed, reclining against patterned pillows, or situated against a variety of other romantic, colorful backdrops. Yet as they twiddle with a Rubik’s Cube or hold up an iPhone to take a selfie, they betray themselves to be thoroughly contemporary. 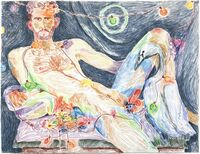 Bank
View Slideshow
3 Images
If the artistic process starts as a relationship between strangers, that quickly changes. “Herring engages [his] volunteers in lengthy drawing sessions that explore his sitter’s sensibilities, idiosyncrasies, [and] fantasies, as well as the relationship that is formed between artist and muse, speaker and listener,” the gallery noted. Artmaking becomes a way to quickly get close to others.

With works by Gao Yuan It’s an excellent time for escapism, which
Gao Yuan
’s surreal short film Cloud of the Unknown (2019)—priced at $11,000 and available in an edition of seven with two artist proofs—delivers in heaps. It features a haunting soundtrack, flying spoons, a quiet shipping yard, empty streets, and a floating white hand that taps its way down a tree trunk and guides the solitary protagonist into fantastical new realms. The film’s uncanny animation similarly leads the viewer into a colorful new world. If the imagery is lonely, it’s also imbued with a sense of magic.

Capsule Shanghai
View Slideshow
5 Images
Capsule Shanghai is also featuring paintings ($7,000 apiece) by the young Chinese artist, many of which display settings from Cloud of the Unknown. The others represent images from a feature-length film Gao is currently working on. When painting and film work together, she said in a short documentary film in Capsule’s viewing room, you “see something really marvelous as a result.”

With works by Mestre Didi 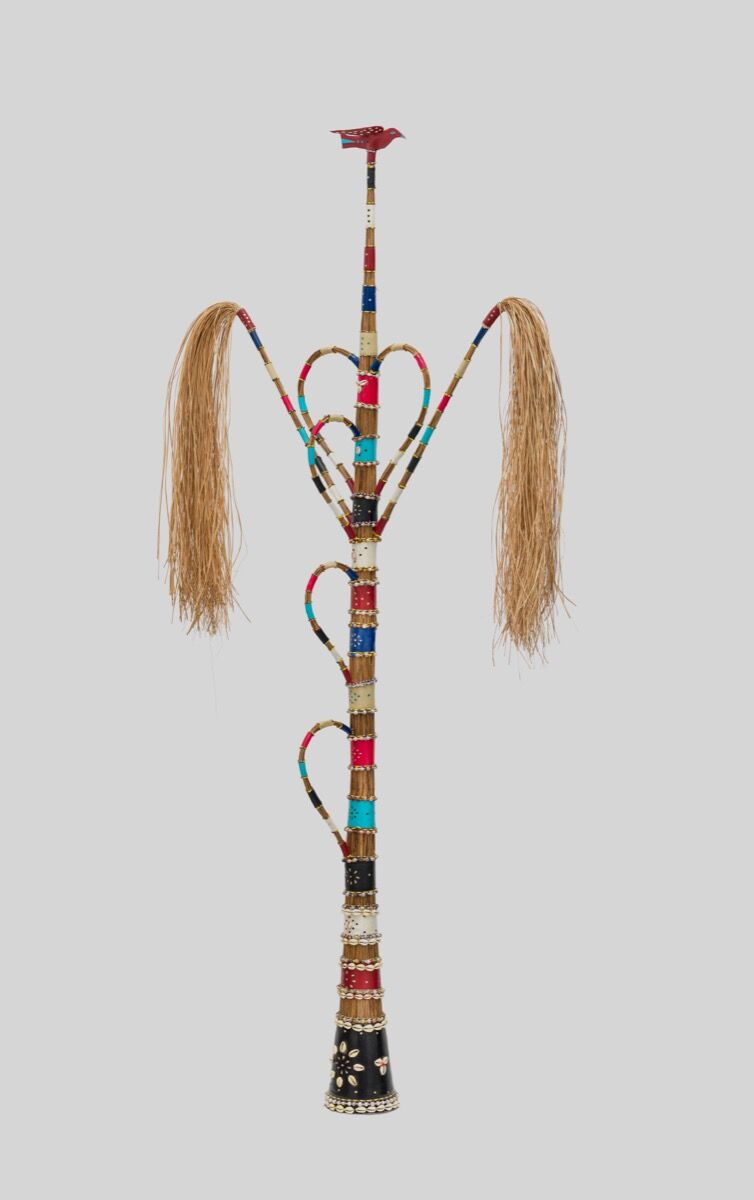 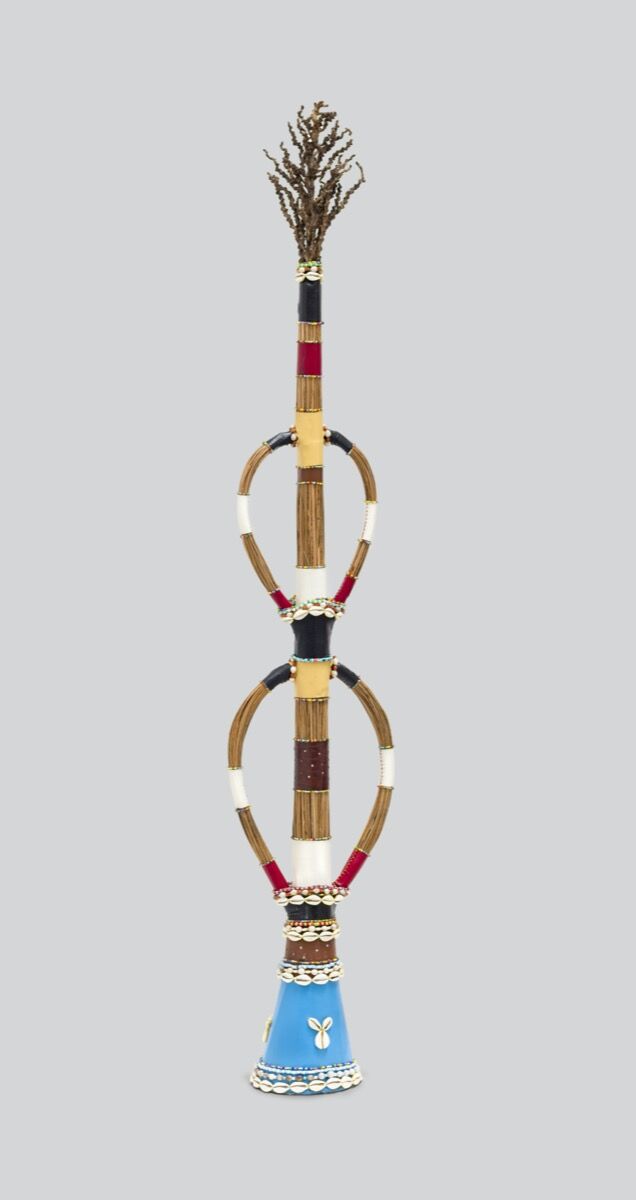 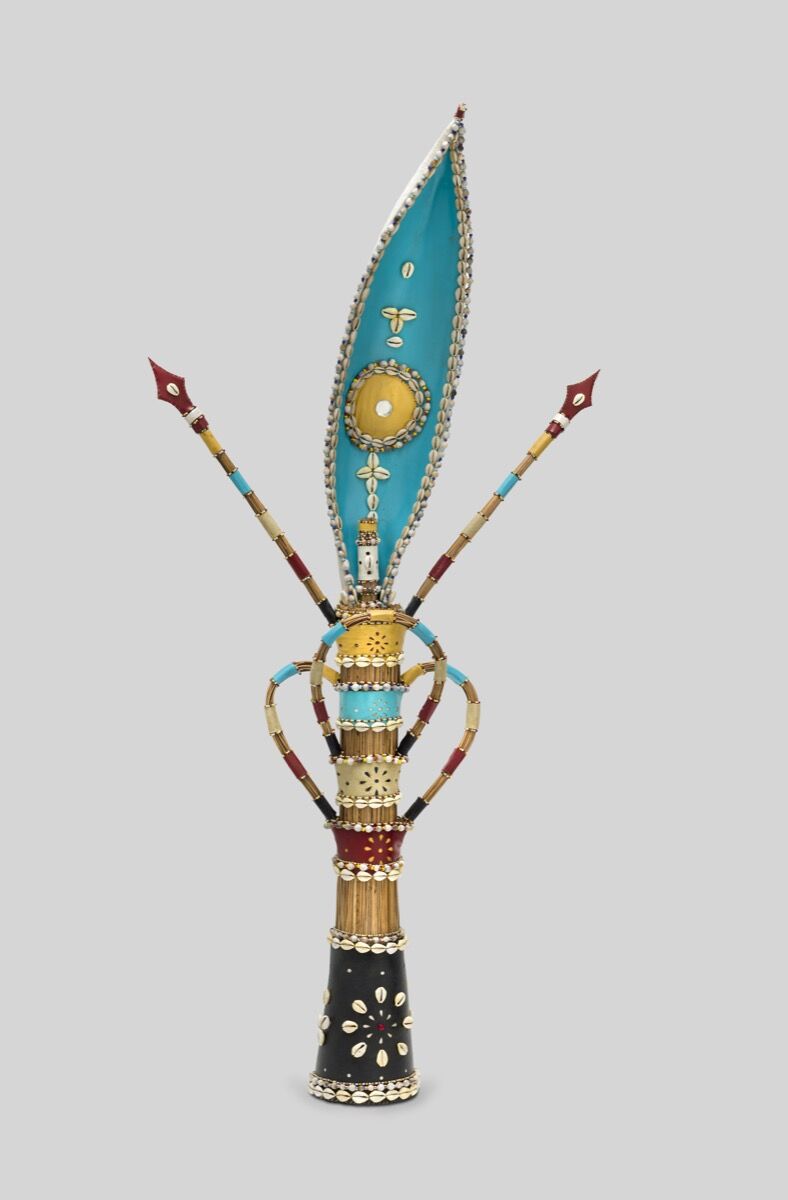 In the Diálogos section—which features work by Latin American, Latino, and Latinx artists curated by leaders from New York’s El Museo del Barrio—São Paulo’s Almeida e Dale Galeria de Arte is showing palm rib sculptures by
Mestre Didi
priced between $16,000 and $47,000. The Afro-Brazilian artist, who died in 2013, twisted the palm ribs into vertical spines surrounded by elegant loops, then coated the sculptures with colorful shells, painted leather, and straw. With titles such as Opa Orun Ninu—Scepter of Space from Beyond (undated) and Iwin Olá Ati Eye Loke—Majestic Ancestor of the Tree with a Bird on Top (1978), the pieces conjure spiritual artifacts that connect us to other realms. 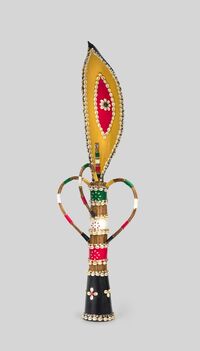 Almeida e Dale Galeria de Arte
View Slideshow
4 Images
The gallery noted that Mestre Didi’s sculptures transcend the contemporary art world and signify the bonds between Africa and Brazil. “To think of the works of Mestre solely as objects of art would be a mistaken simplification,” said the gallery. 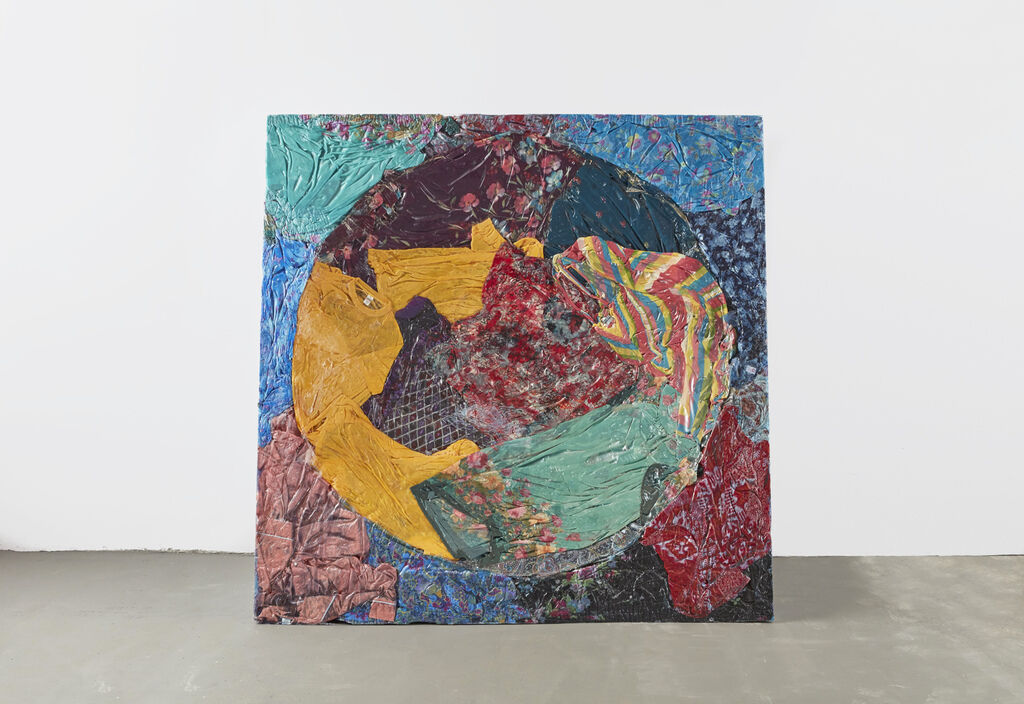 Kevin Beasley
Untitled, 2018
Casey Kaplan
Despite the two-dimensional restrictions of the online viewing room, New York gallery Casey Kaplan has opted to create a virtual “sculpture garden” in its Frieze booth. The presentation features playful, vibrant works composed of a vast array of materials—metal, wood, dresses, silicone, marble, shoes, and much more.
Kevin Beasley
’s Untitled (2018), priced at $175,000, is made of resin-coated clothing, giving heft to worn garments with histories of their own.
Sarah Crowner
’s sets of marble wings (both from 2020 and priced at $25,000) similarly turn a fluttering form into solid, earthbound art. In such ways, the gallery is showcasing works by artists across generations and locales, teasing out conceptual and formal connections. 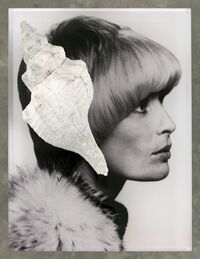 Casey Kaplan
View Slideshow
5 Images
Kaplan and his team worked on the “sculpture garden” for months. “Despite the challenges we are all facing in the transition to various online platforms, we felt it was important to execute our original vision,” Kaplan said. “A thoughtful selection of images, descriptive texts, and booth renderings help to gently guide visitors through an imagined space of their own creation.”
Alina Cohen
Related Stories

What Sold at Art Basel in Miami Beach’s Online Edition 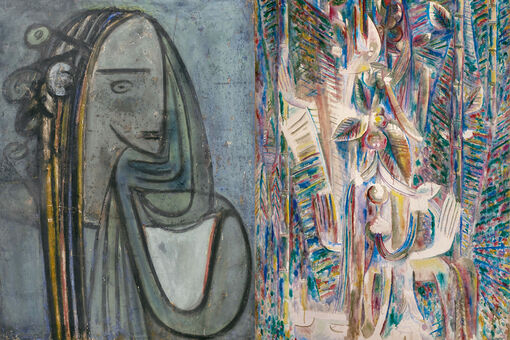 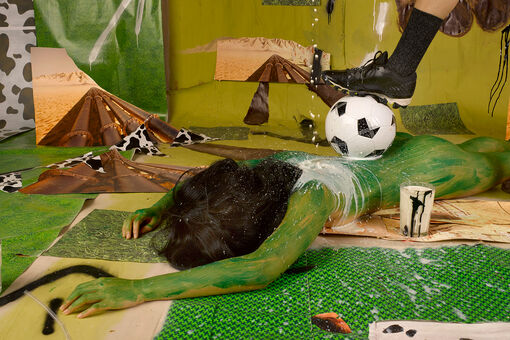 5 Artists on Our Radar This March
Artsy Curatorial and Artsy Editorial
Mar 3, 2021 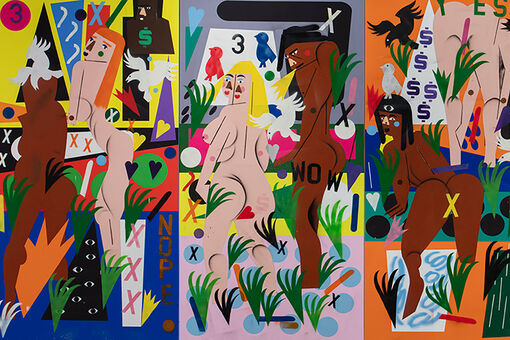