Pool noodles are the fundamental material behind the artist’s latest series of sculptures. Seven sets of the summer plaything (“Screen-agers, Tall Boys and Whales” 2011-14) dressed as Wall Street bankers, a range of tweens, or fans of the ever-controversial Kid Rock, populate this first of two concurrent Arcangel shows. His other is currently up at the Galeria d’Arte Moderna e Contemporanea in Bergamo and includes more noodles, as well as Arcangel classics like Super Mario Clouds (2002).
via Bernardino Zenale, 3 | April 11–May 20, 2015 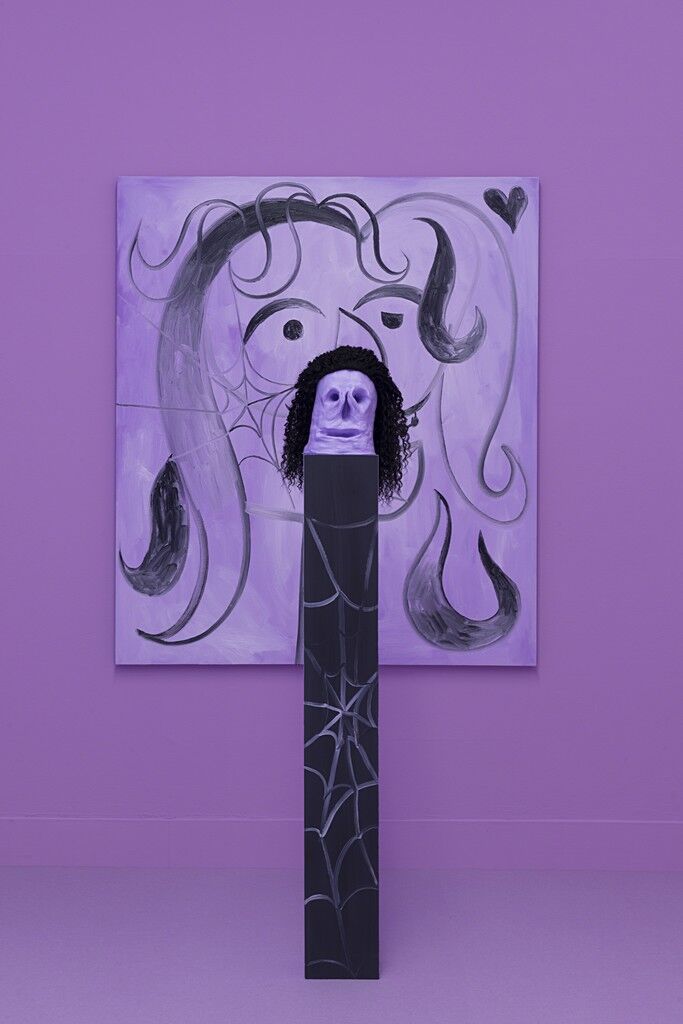 Cardi has brought together an impressive selection of nearly 10 works surveying the American color field artist’s paintings from 1958 to 1980. From the show’s earliest work, Target—a piece dedicated to Noland’s wife Paige Rense—to works from his later “Plaid” series, the show provides a compelling argument for the artist’s continual place amid the forerunners of late-20th century art history.
Corso di Porta Nuova 38 | January 21–April 11, 2015

With 25 years in the gallery game,
Giò Marconi
decided it was time for a change, opening a new Milan space and fêteing the occasion with an impressive show of 27 artists from the gallery’s stable. Rising young stars like
Oliver Osborne
,
Trisha Baga
, and
Simon Fujiwara
abut standbys
Wade Guyton
,
Günther Förg
, and
Francesco Vezzoli
in the exhibition, which wraps up Saturday evening.
via Alessandro Tadino, 20 | February 19–April 11, 2015 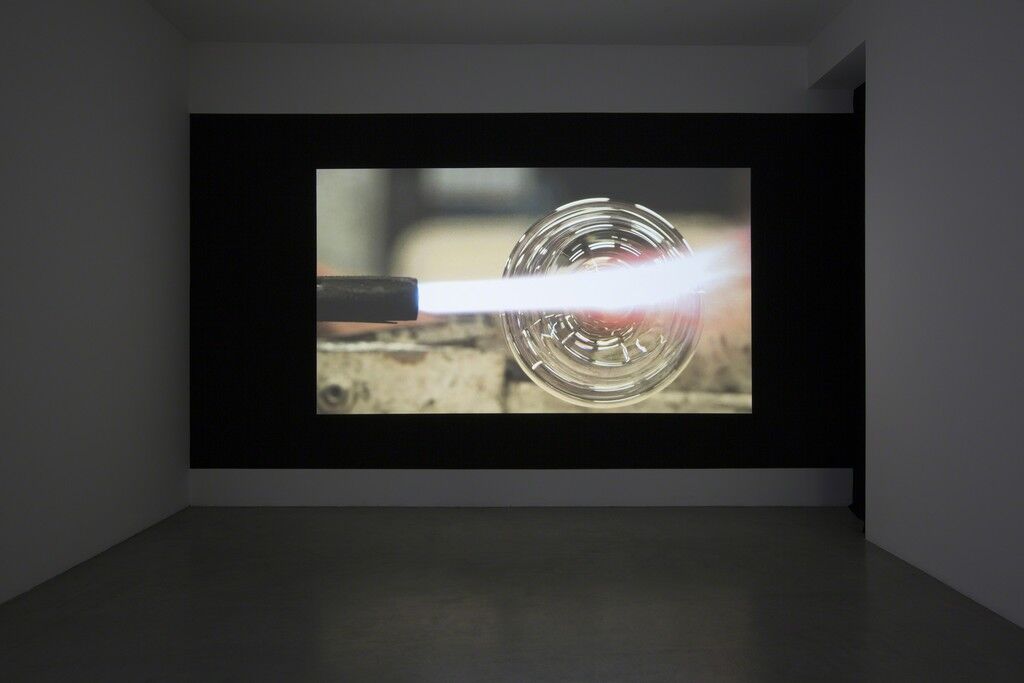 Ali Kazma
Care, 2015
Francesca Minini
Three of the works Kazma shows in Milan—all from his “Resistance” series—premiered at Turkey’s 2013 Venice Biennale pavilion. With this year’s biennale just a month away, it’s due time for their reprise. The series takes a meditative look at ways in which humans try to break the social or corporeal mold: think body modification and AI. “Care” also marks the premier of Kazma’s latest work, Crystal, which documents workers in a French glass factory.
via Privata Massimiano, 25 | February 18–April 10, 2015 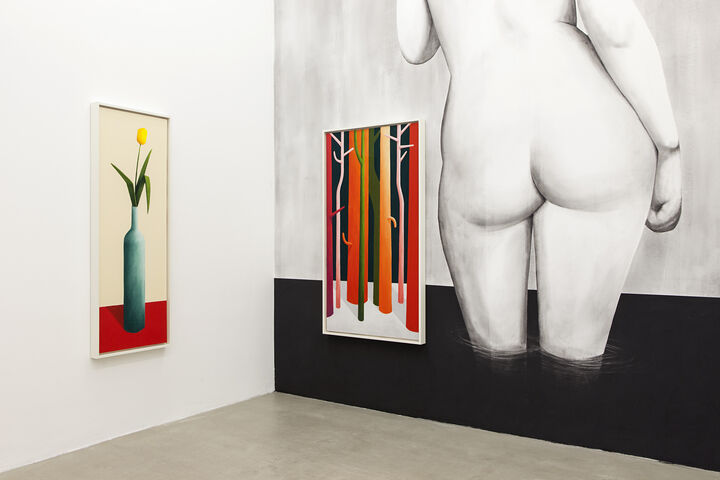 Both Party and Molzan make their debuts with the gallery in this fresh-faced duo of exhibitions. Molzan presents a series of colorful vitrines, one of which holds a pile of coins, another that looks like a set of steps or a floral display module. Mostly, however, they hold the potential to house miniaturized activity of a viewer’s imagining, which is likely much more interesting than anything that could have been explicitly placed within their panes of Plexi. Party’s paintings, on the other hand, depict females of a slightly
Botero
-esque quality in bright pastels as well as still lifes and landscapes with their elements pared down to a flattened and essentialized group of colorful elements. All get more interesting with every glance.
via di Porta Tenaglia, 7 | March 12–April 20, 2015 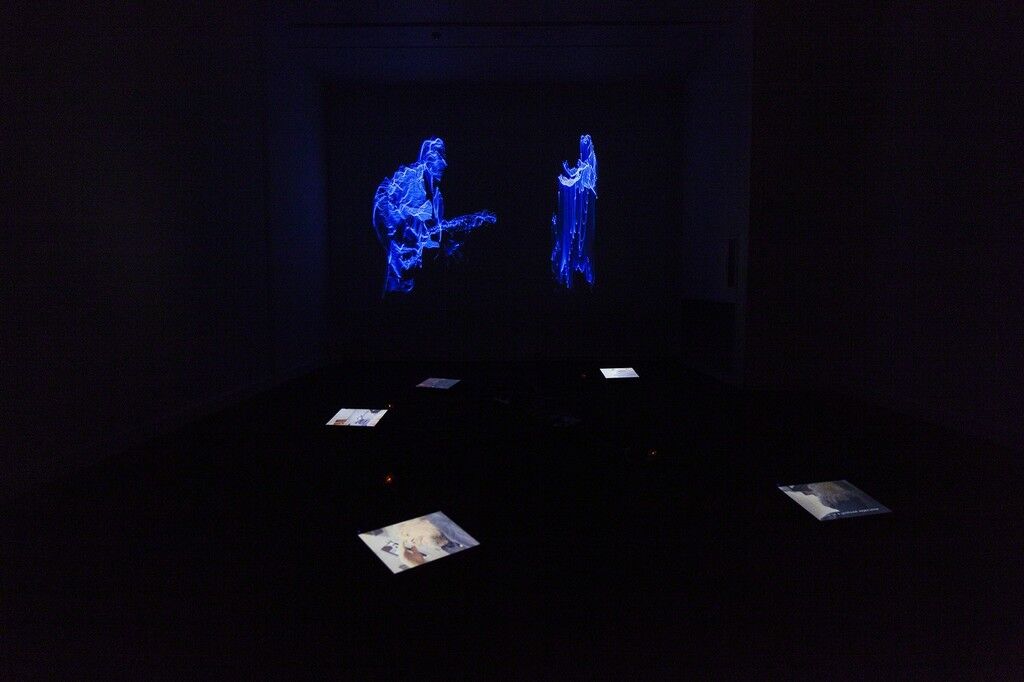 Gary Hill
Depth Charge, 2009-2012
Lia Rumma
Two new works and four historical pieces comprise Hill’s third solo outing at Lia Rumma. Highlights include Depth Charge (2009–2012), which combines two previous works, Varese 360, a tribute to the eponymous French composer, and The Psychedelic Gedankenexperiment, in which Hill experiments with LSD. Also not to be missed is Learning Curve (1993), an installation in which viewers sit in a classroom chair five meters from a five-inch monitor, on which a perfect wave plays.
via Stilicone, 19 | February 26–April 24, 2015 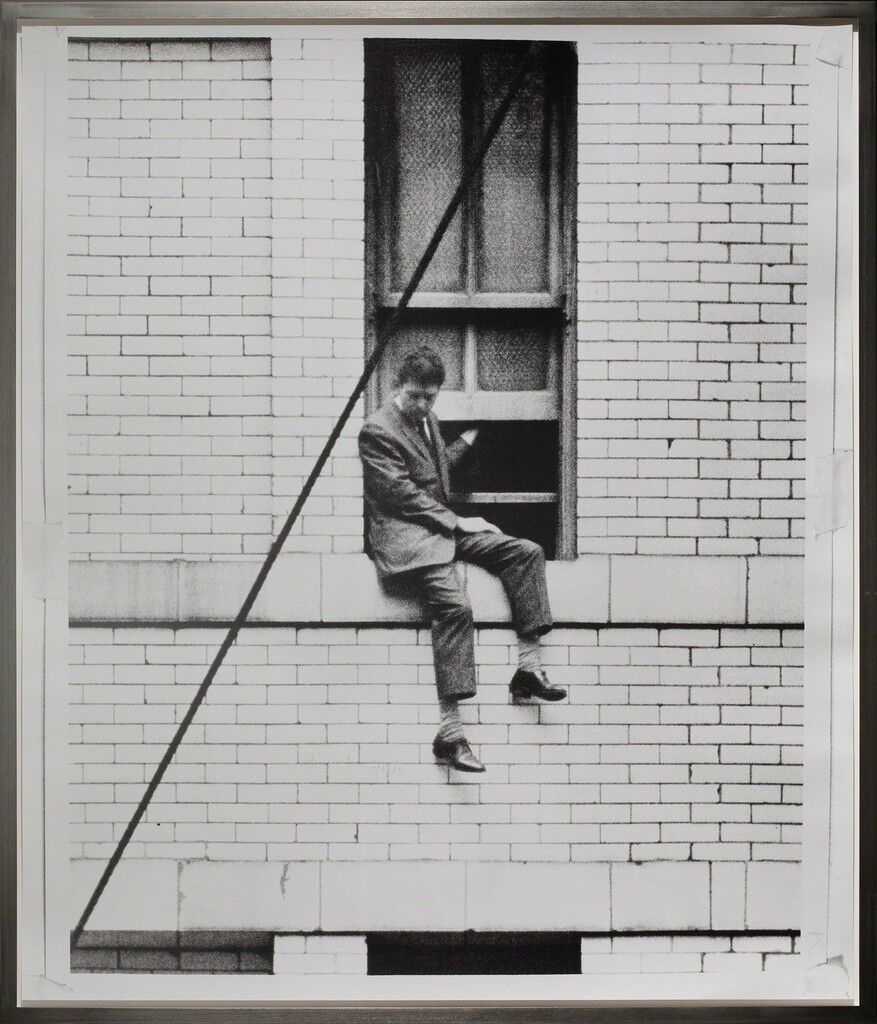 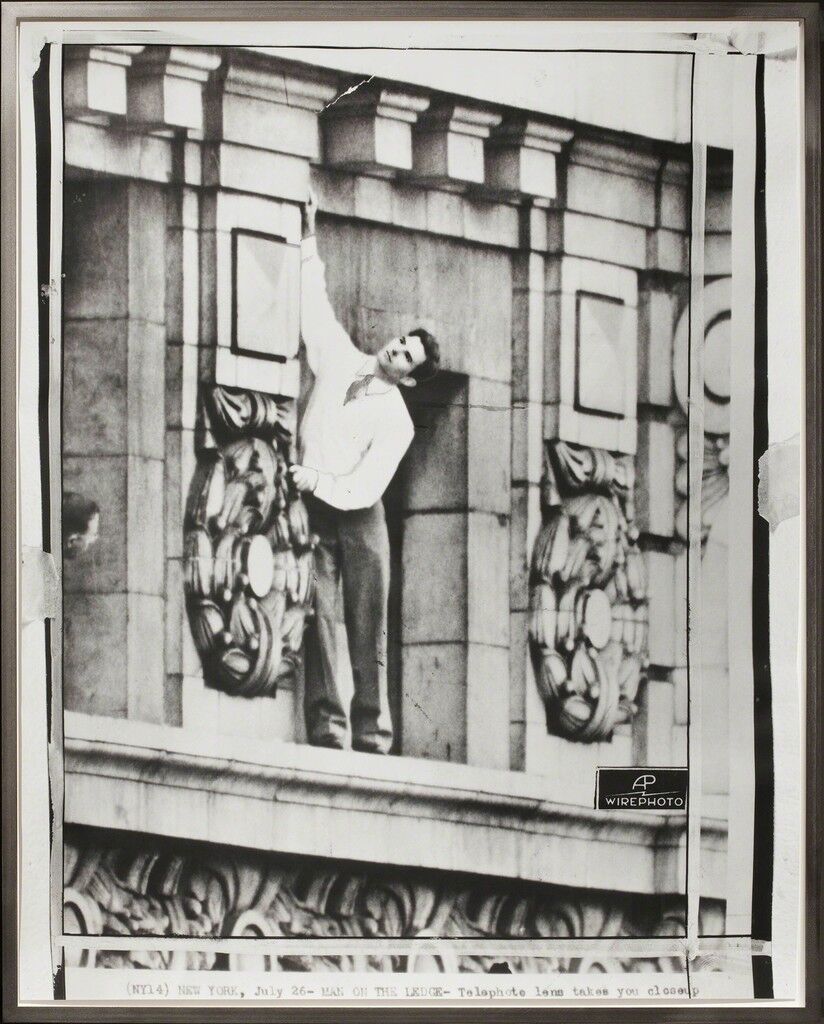 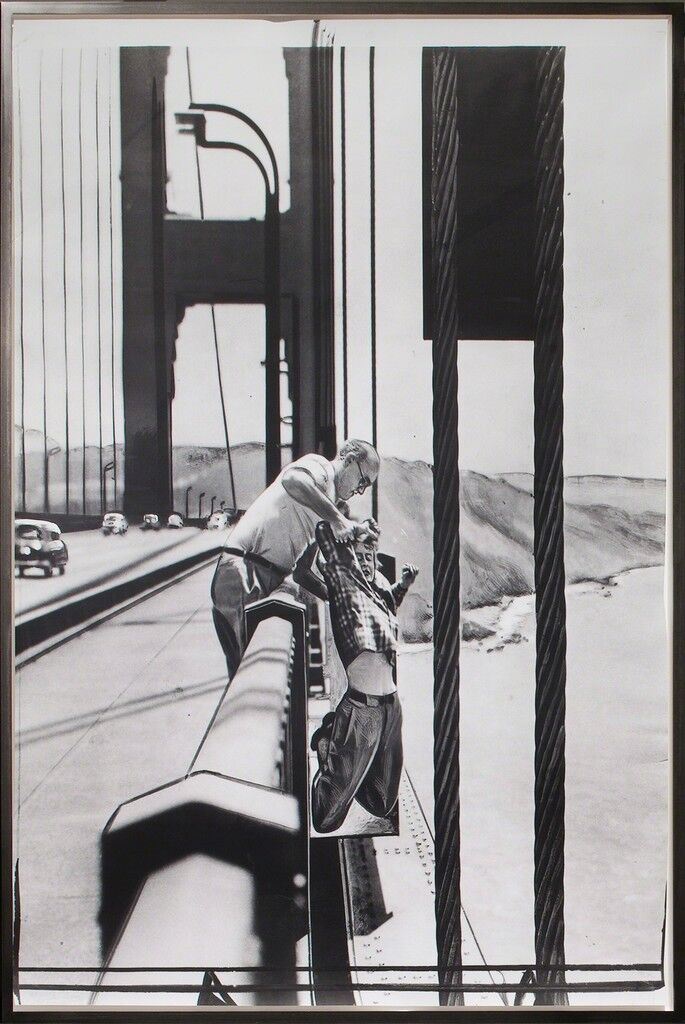 Linda Fregni Nagler
Pour commander à l'air, Trying To Die, 2014
Monica De Cardenas
This oh-so-meta show reflects hard on the structures and traditions that have been formative of photography since its inception as a method of documenting the world around us. Nagler has collected numerous photojournalistic snaps of mostly male subjects about to leap into the air or already suspended, which she has rephotographed and enlarged for the show. Nagler also reconstructed an aerostat built for photo-great
Nadar
based on her forebear’s images and then photographed her models anew.
via Francesco Viganò, 4 | April 10–May 23, 2015

Currently celebrating its 20th anniversary, the gallery presents its third solo with American photographer and sculptor Roni Horn. Another notable photog,
Juergen Teller
, is at the center of this latest show, with eight sets of two images of his face reflecting in glassy blue water hung in the gallery. The result is redolent of both Horn’s iconic series “You are the Weather” from the mid-’90s and the fluid surfaces of her three-dimensional works.
via Alessandro Stradella, 4 | April 10–August 7, 2015

“François Morellet: One More Time” at A arte Invernizzi 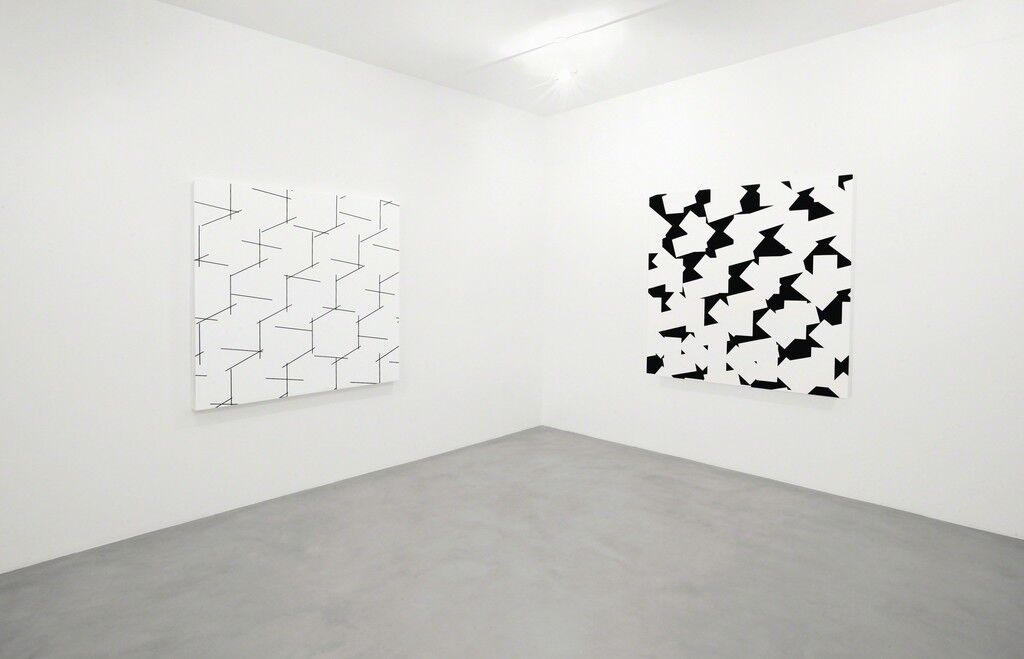 With works that range from the late 1960s to just last year, you might expect “One More Time” to have a much more retrospective quality to it. But, though a great variety of Morellet’s works are on view—gridded and curved neons, highly structured geometric canvases, and others which are significantly more abstract—what comes most to the fore is how contemporary even the 40-plus-year-old pieces appear.
via Domenico Scarlatti, 12 | February 19–April 23, 2015
Alexander Forbes is Artsy’s Consumer Marketplace Strategist. He was previously the Executive Editor of Artsy Editorial.
Explore miart 2015 on Artsy.
Related Stories