10 Photographers Who Captured the Spirit of New Orleans

Rachel Lebowitz
May 18, 2016 7:00pm
From Creole culture to Mardi Gras, New Orleans (NOLA)’s rich history and diverse heritage make it one of America’s most unique cities. Yet when Hurricane Katrina hit in 2005, its storied place in the country’s collective imagination was overshadowed by catastrophe. Residents of New Orleans have worked against challenging social and economic realities throughout the city’s history, however, cultivating an environment that exists as a site of renewal and vibrant cultural life—and as an inspiration to leading photographers who have captured its nuances for decades.

Scott McFarland
Man on Ladder, Royal Street, New Orleans, 2012
CHOI&LAGER
Scott McFarland uses numerous analog images to digitally fashion composite tableaus, creating photographs that both obscure and reveal their own manipulation. The photos in his “New Orleans Pictures” series each have a black-and-white and color version, with other slight differences. On one hand these disavow
Henri Cartier-Bresson
’s “decisive moment” by asserting multiple acceptable options for presenting a photographic moment, while on the other, they’re aligned with traditional street photography—candid, democratic, and pulsing with the vitality of the city. 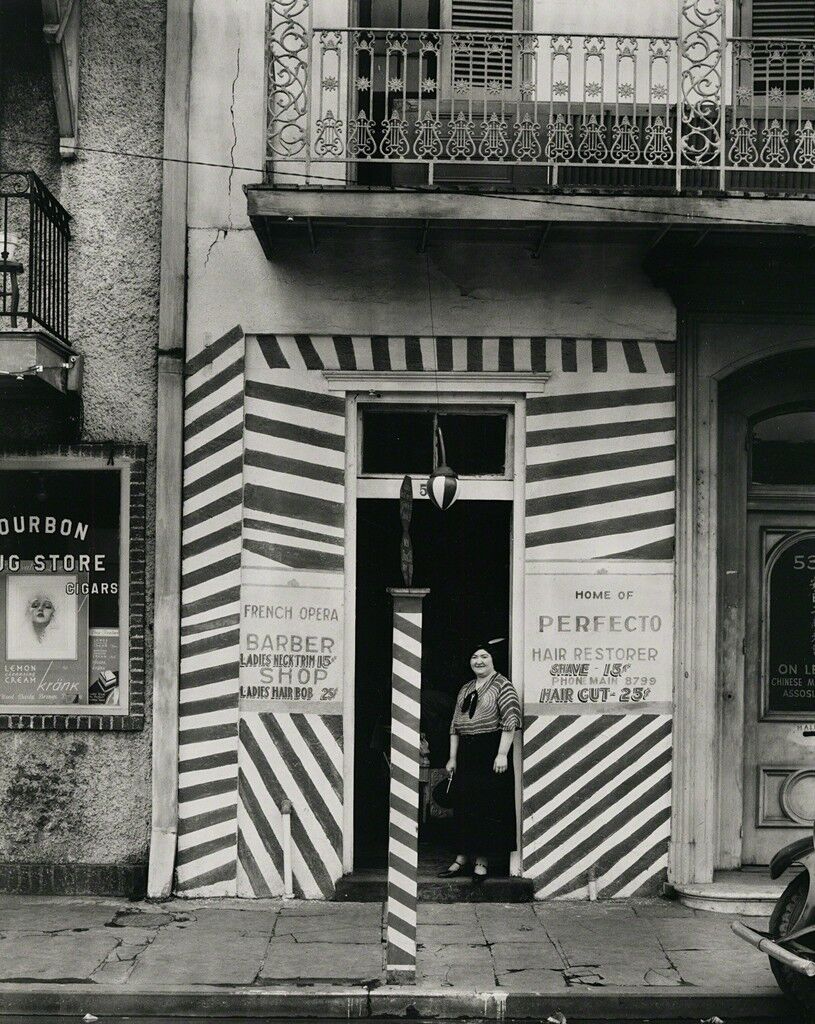 Walker Evans
Sidewalk and Shopfront, New Orleans, 1936
Robert Klein Gallery
Advertisement
Under the auspices of the U.S. government’s Resettlement Administration, Walker Evans recorded life in Depression-era America with a combination of stark reportage and subjective vision that came to define documentary photography. Taken on two visits to New Orleans, Evans captured straightforward images of the city’s architecture, signposts, and people. In one image, a Bourbon Street barbershop’s quirky striped façade assumes as much of a living presence as the woman standing in its doorway.

NOLA native Chandra McCormick has photographed the region’s African American community since the early ’80s, exploring subjects from incarceration (that series earned her a spot in last year’s Venice Biennale) to blues and Voodoo, and homing in on the city’s vibrant Lower 9th Ward. She often works with her husband and collaborator
Keith Calhoun
. After much of their work was damaged in Hurricane Katrina, McCormick and Calhoun restored the negatives. Transformed—often beautifully so—by mold and water damage, the images parallel the resilience and dignity in the midst of struggle that lies at the heart of McCormick’s work.

Radical in both style and subject matter, Robert Frank’s photo book The Americans (1959) irrevocably peeled the glossy veneer from the then-dominant conception of post-WWII American life. In 83 photographs—pruned from some 27,000—Frank placed poverty and racial inequities in public view. The book’s cover image of a New Orleans trolley car is both a record of segregation and a nod toward the significance of the young, white generation growing up in the nascent Civil Rights era. 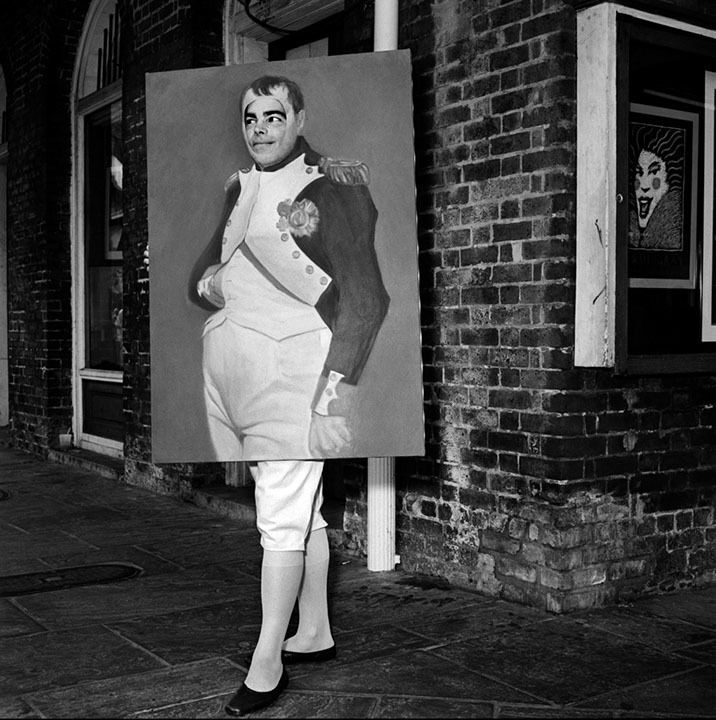 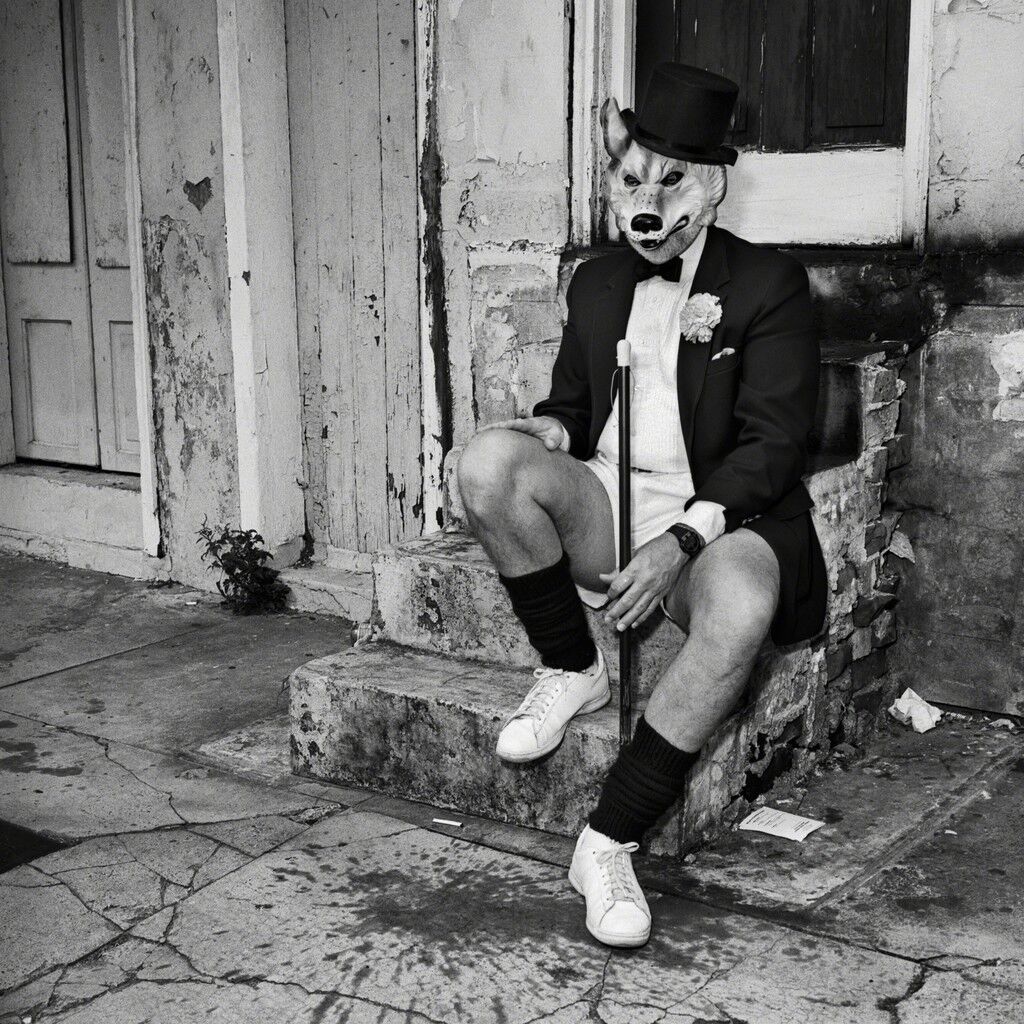 Rosalind Solomon
New Orleans, Louisiana, 1992
Bruce Silverstein Gallery
Over her nearly 50-year career—which did not begin until she was 38—Illinois-born Rosalind Solomon has shot in locations ranging from the American South to the West Bank to Guatemala, and has dealt with subjects from Apartheid to AIDS. She is fascinated by both culturally specific and universal human ritual, and is driven by a deep empathy for her subjects. In the early ’90s, Solomon captured the people of New Orleans and the city’s Mardi Gras tradition in candid images that are both amusing and intimate. 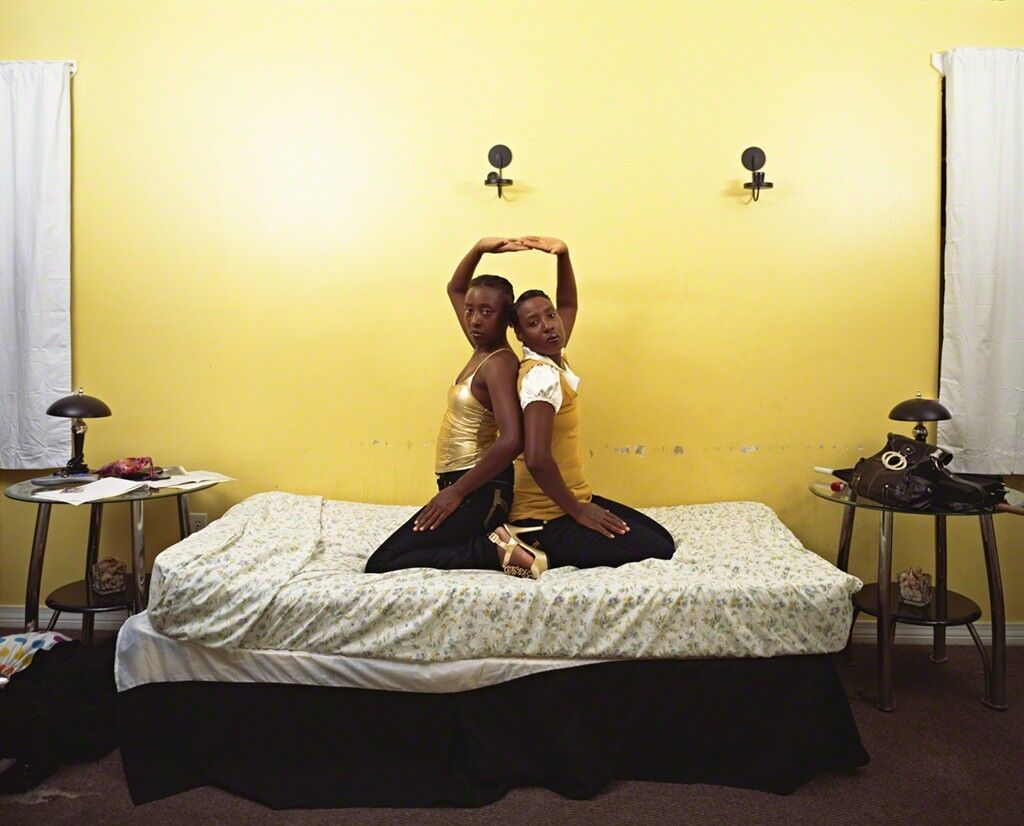 Deana Lawson
Roxie and Raquel, New Orleans, Louisiana, 2015
Rhona Hoffman Gallery
Referencing religious tropes, art-historical tradition, and pop culture, Deana Lawson’s nuanced, often sexually charged and provocative images meditate on the relationships between the body—particularly the black body—and violence, family, and our broader society. Based on a combination of found and appropriated imagery, her meticulously planned and staged photographs coax a sense of intimacy from subjects who begin as strangers to her. Whether shot in New Orleans, Haiti, or Ethiopia, Lawson’s images purposefully eschew the specificity of place, as she aims to foster a universal black community. 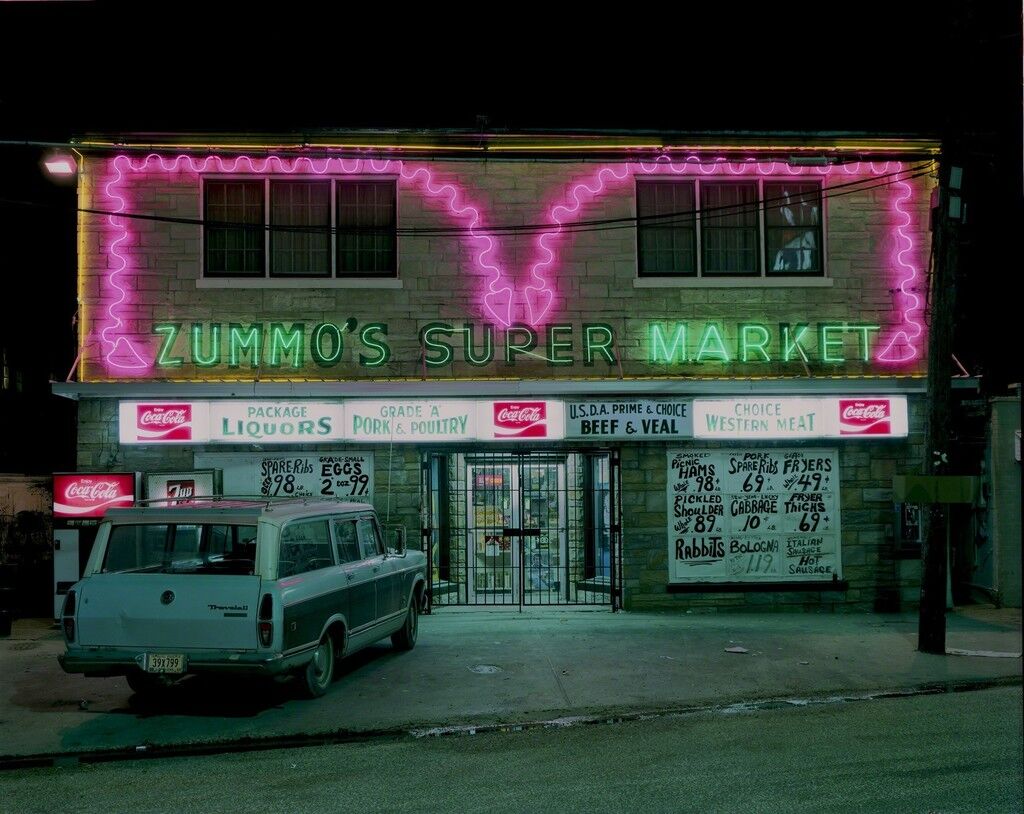 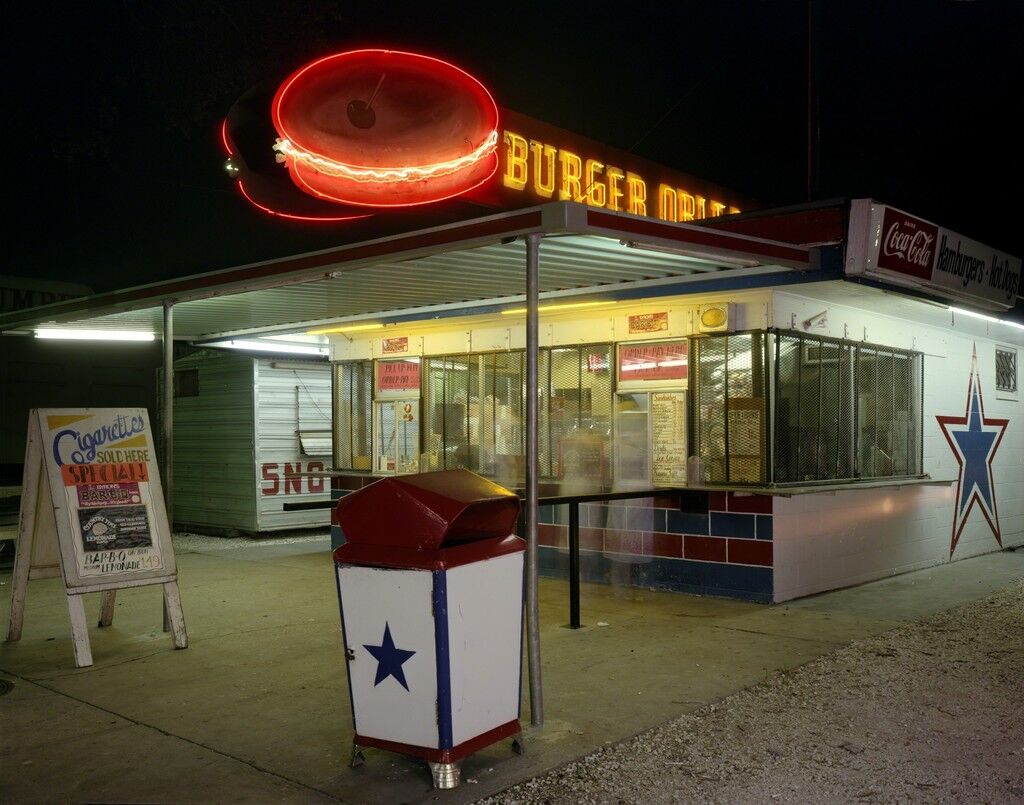 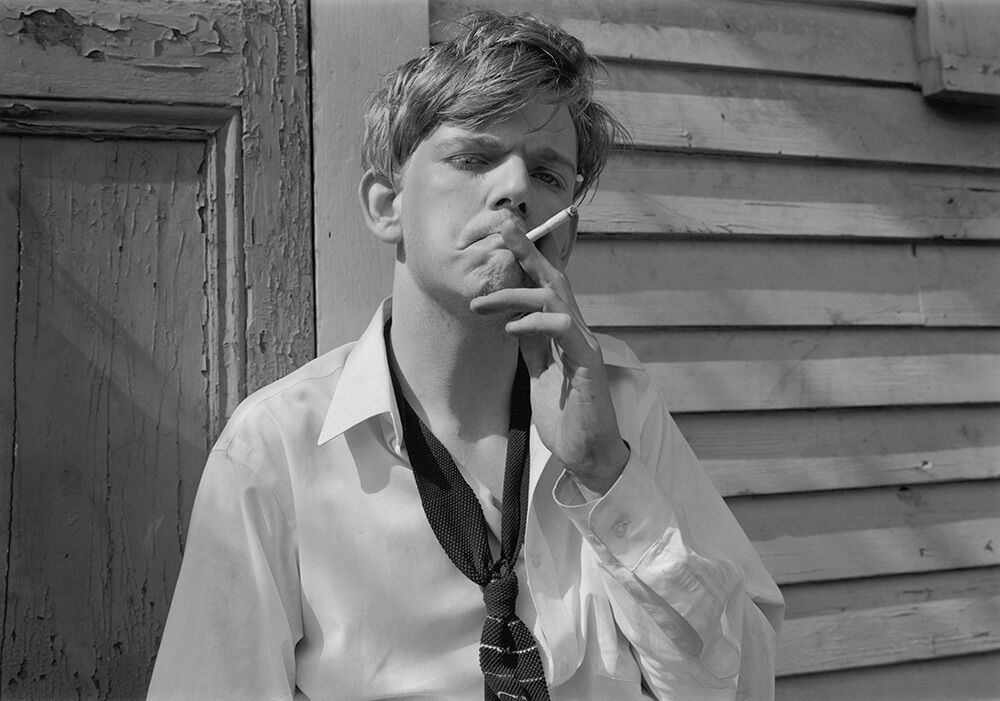 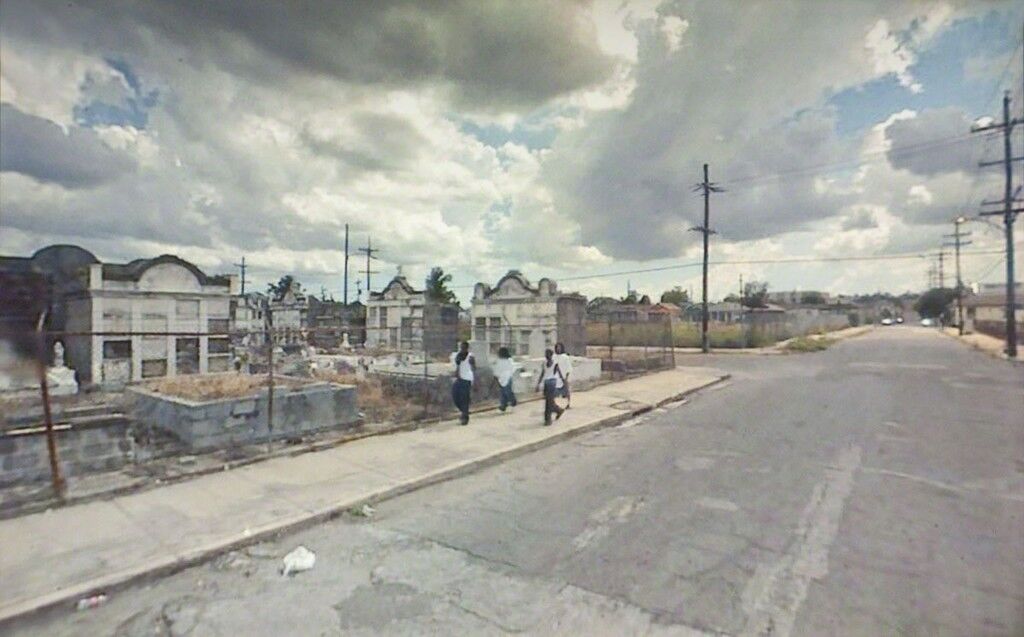 Doug Rickard
#29.942566, New Orleans, LA. 2008, 2009
Wirtz Art
In one of Rickard’s eerily distanced, soft-focus photographs appropriated from Google Street View, anonymous youths walk down a dilapidated New Orleans street. “I wanted to represent the inverse of the American Dream,” Rickard has stated of the series, which he created by seeking out American locales most afflicted by crime and decay. Rickard was interested in how the program’s blurring and pixelation allows viewers to project economic and racial stereotypes onto figures—echoing our sensationalized and often unfounded mental pictures of these locations. 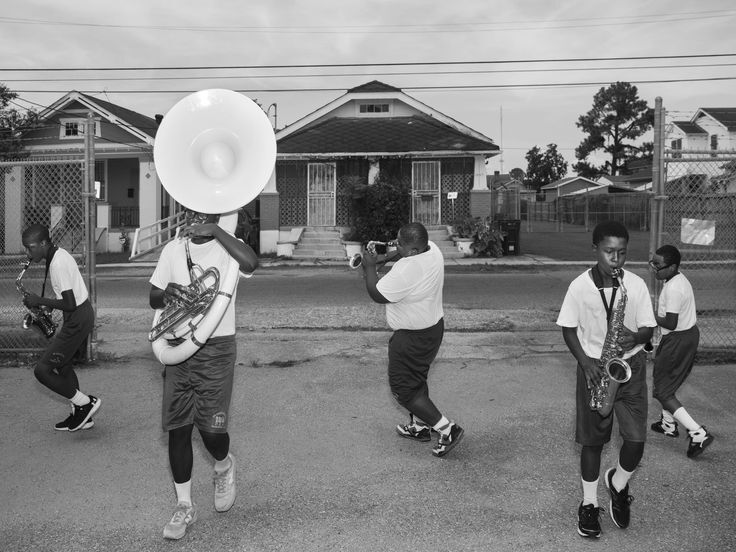 Alec Soth
St. Augustine High School Marching Band, 2015
Weinstein Gallery - Minneapolis
To mark the 10th anniversary of Katrina, Magnum photographer Alec Soth arrived in New Orleans last year, camera in hand. From high school band members playing their instruments, to the remains of the buildings and landscapes devastated in 2005, to gentrification evidenced through a crowded swimming pool, the subjects of the photos from Soth’s trip tell of both destruction and revitalization. The images continue the sensitivity (and stunning compositions) found throughout Soth’s work, acknowledging the “city of water” as dynamic—living and breathing—in all of its complexities and paradoxes.
Rachel Lebowitz
Related Stories