Artsy Editors
Oct 22, 2016 3:05pm
TEFAF makes its debut in New York at the Park Avenue Armory this week with 94 dealers from 13 countries—each one displaying a wealth of museum-quality wares. From a stunning aquamarine necklace once owned by Cole Porter to one of the most recent additions to Spanish master
Diego Velázquez
’s oeuvre, these 10 objects are standouts among the fair’s impressive offering.

While New Yorkers will find a certain fondness for this map because it’s the first known to represent New York Harbor (and one of the first with America’s eastern seaboard), that’s just a small fraction of what can be gleaned from this expansive and intricate portolan—a type of map produced in the Mediterranean in the late 15th and early 16th century. It’s also the earliest of its kind to represent the whole world. Created in 1531 by Visconte Maggiolo, who served as the official mapmaker to the Genoese government, it’s a 360-degree maritime map. Planisphere is filled with tiny drawings of cities, people, and animals (unicorns, camels, elephants among them), as well as more practical information like the names of port cities and navigational rung lines. “We have no idea who commissioned this, but we can make an educated guess,” said gallery representative Lucy Garrett. “What’s interesting about it is that there are flags of France and Spain kind of placed all over the world,” Garrett added, pointing out territories that weren’t under the possession of those countries at the time. “We have theorized, that it was commissioned by the Genoese admiral Andrea Doria to commemorate the short-lived peace between France and Spain, where they basically divided up the New World between them.”

Théodore Géricault, Portrait of a young man with an open collar, c. 1817 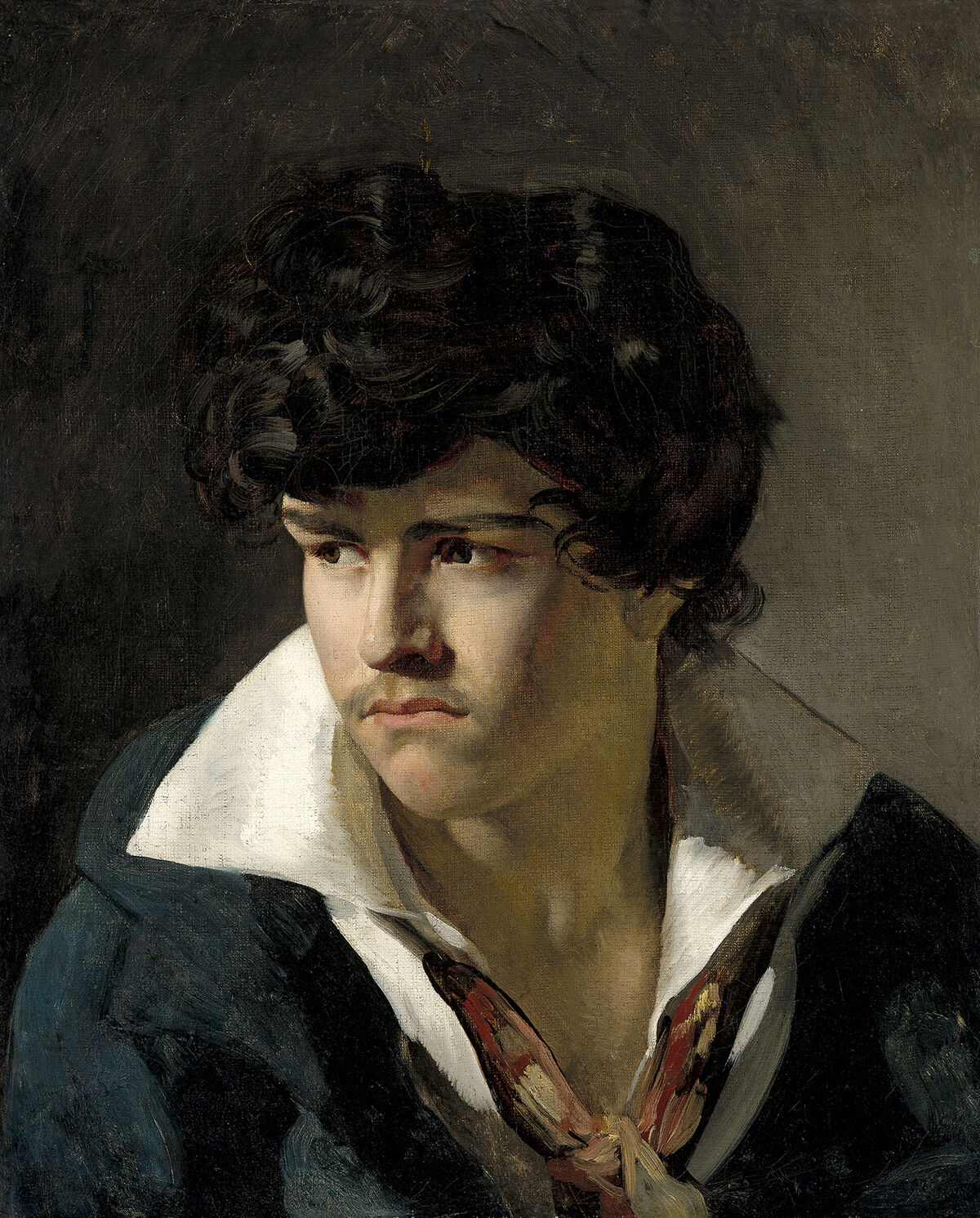 Advertisement
When
Géricault
returned to Paris in 1817 after a sojourn in Rome, he began to craft portraits of the sculptors, writers, and painters that made up his circle of friends. One of these was a young
Eugène Delacroix
, who many believe is the subject of this rediscovered work dated circa 1817. Certain features—the young man’s dark hair and brooding expression—certainly resemble later self-portraits from the French painter, and Delacroix is known to have modeled for Géricault’s masterpiece The Raft of the Medusa (1818-19) around that time. 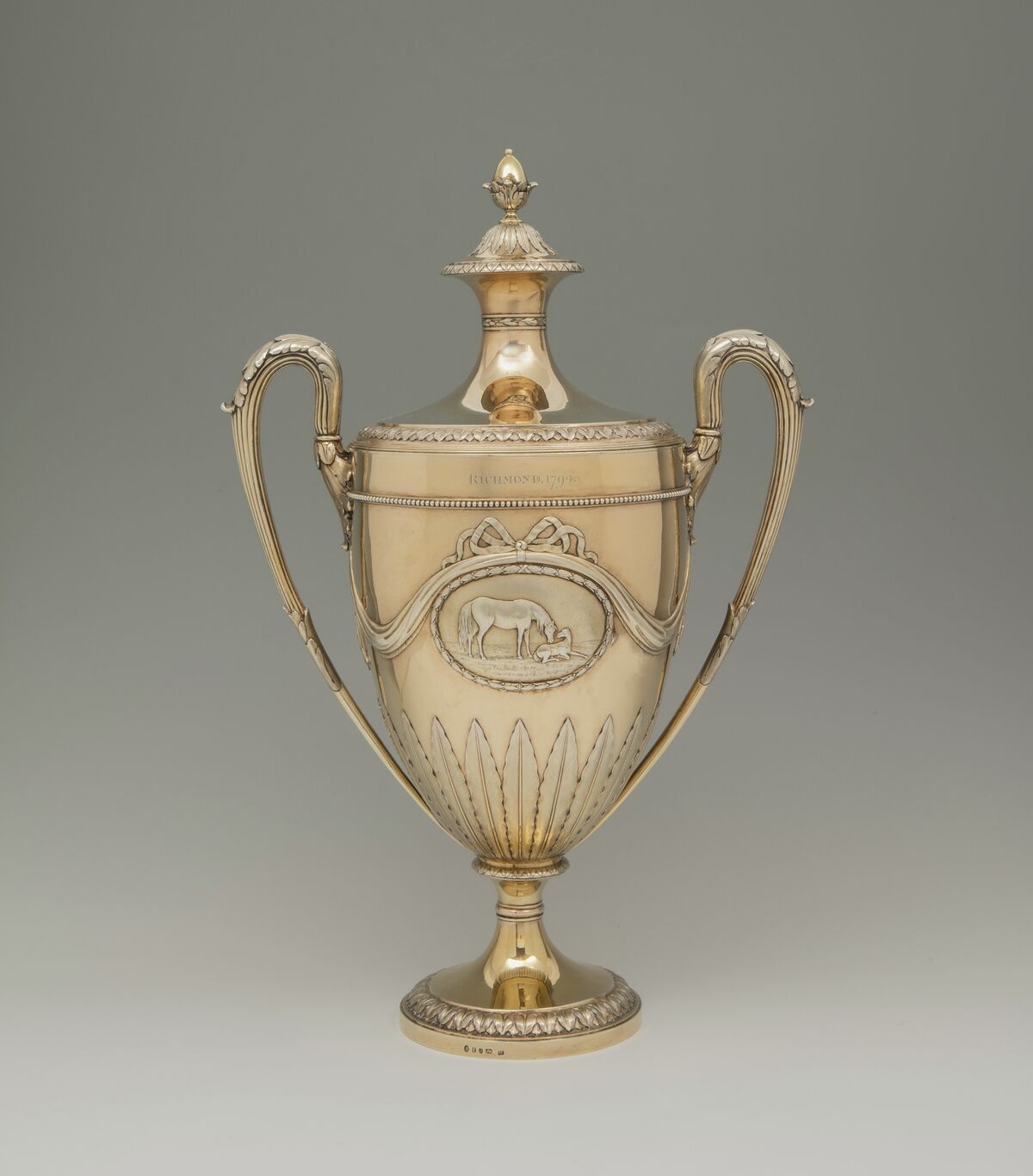 Scottish architect and designer Robert Adam is considered the father of English Neoclassical design, applying his eponymous style to everything from organ cases to door fittings. He even designed horse racing trophies, a series “that became considered as touchstone pieces of English decorative arts,” noted S.J. Shrubsole director of research Benjamin Miller. “This is more or less the epitome of Neoclassical. You can’t ask for a more architectural, regal, grandiose, imposing and impressive piece.” A new Richmond Cup was crafted each year between 1757 and 1858, to be awarded to the winner of the centuries-old race—in this case, it went to Sir John Webb for his winning horse Constant.

The Sarcophagus of Princess Sopdet-em-haawt, 828-712 BC The Sarcophagus of Princess Sopdet-em-haawt, 828-712 BC. Image courtesy of Safani Gallery.

In the 1830s, prominent French nobleman and cultural historian M. De Breuvery discovered this sarcophagus during a trip to Egypt. In the spirit of the time, he disposed of the mummy and re-sealed the container before taking it back with him to Europe. It spent centuries in private collections, known only from a brief sketch made by pioneering Egyptologist Robert Hay, until it went up for auction at Sotheby’s in 2013. Originally, all sarcophagi were crafted out of wood like this one, explained a Safani Gallery representative. “But because so many Egyptians would raid other Egyptians’ tombs and take everything that was beautiful, sarcophagi later became these huge blocky stone things that were then buried in the ground so they couldn’t be taken.” 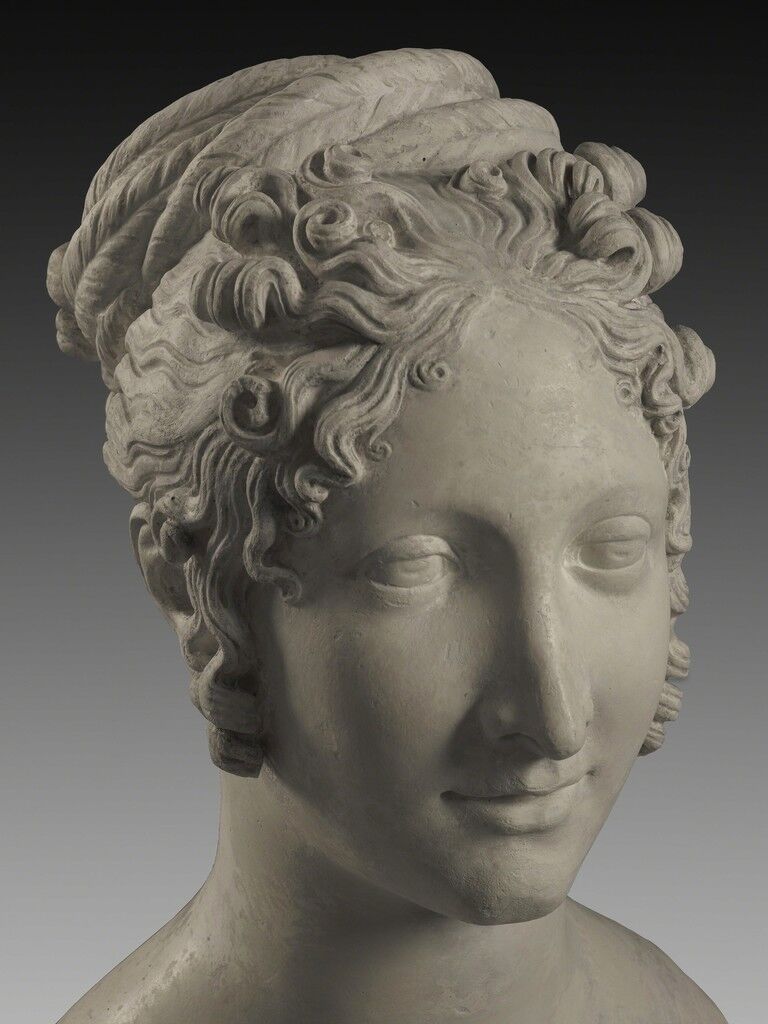 Antonio Canova
Bust Of Caroline Murat née Bonaparte, ca. 1813
Robilant + Voena
Even before she became Caroline Murat, Queen of Naples, Napoleon’s youngest sister was widely admired for her beauty and character. Artists including
Ingres
, Francois Gerard, and
Vigée Le Brun
depicted her likeness, but according to Robilant + Voena, the finest portrait of the young woman was the 1812 marble bust by the great neoclassical sculptor
Antonio Canova
. Caroline had commissioned the bust, along with one of her husband, Joachim Murat. The marble originals are lost, but this plaster cast of Caroline from 1813, in exceptional condition, was recently discovered in the collection of the descendents of the Murats. The work was a gift from Caroline to her daughter Letizia. And it’s believed to have been made in Canova’s workshop, after the marble original, as plaster casts were essential to Canova’s process. 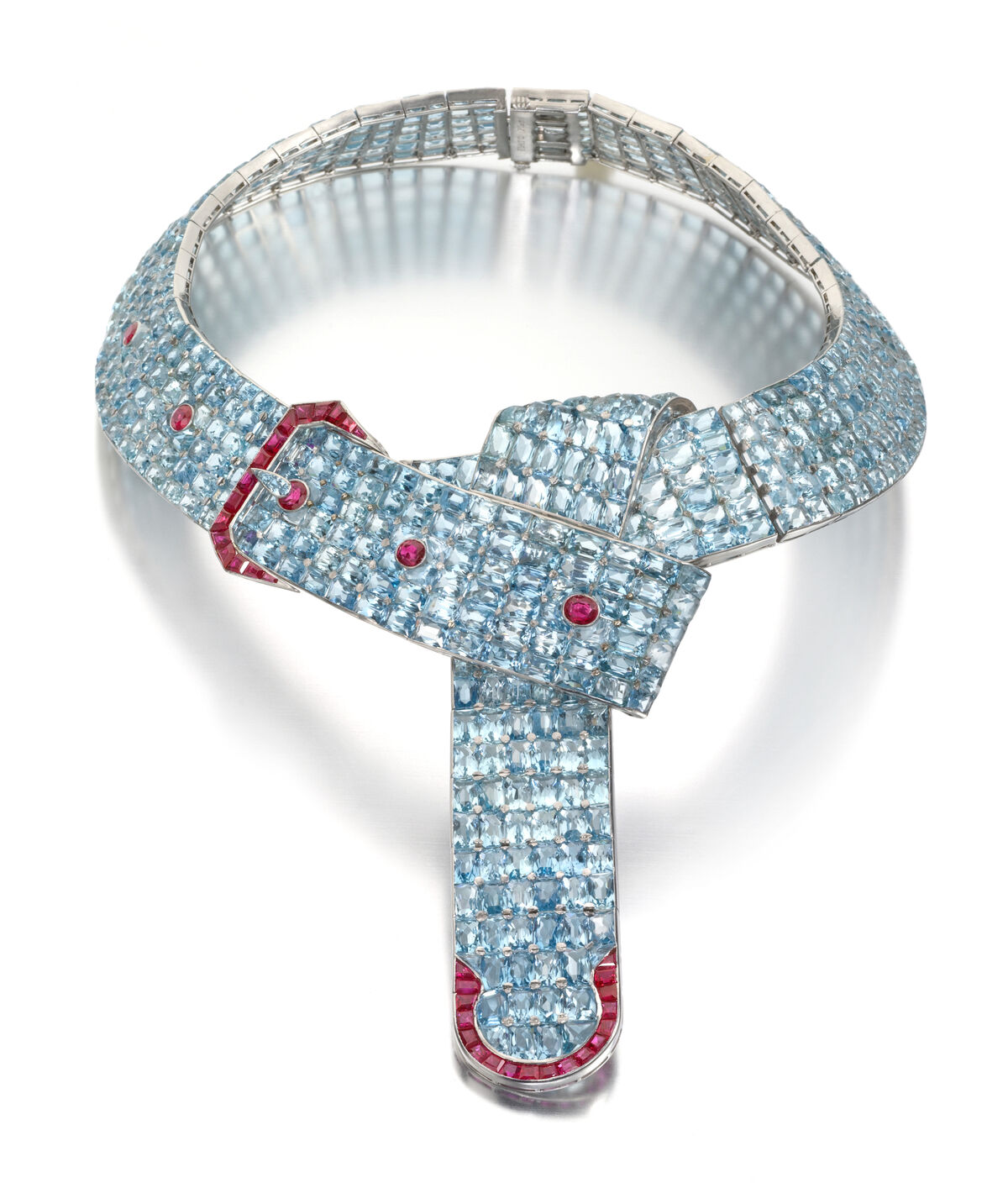 The Cole Porter Necklace: An Aquamarine and Ruby Belt with a Buckle Necklace Designed by Fulco, Duke of Verdura, for Paul Flato, New York, circa 1935. Image courtesy of Siegelson.

Flato, billed as the “jeweler to the stars,” opened his first Los Angeles location in 1937 and went on to design pieces worn by celebrities ranging from Katherine Hepburn to Rita Hayworth. This particular necklace was purchased by Cole Porter for his wife at the time, and was later bequeathed to Fred Astaire’s daughter, Ava. Siegelson account executive Ryan Karolak declared it “the finest piece of American jewelry ever made.” Karolak continued,  “What’s amazing about Flato is that not only was he inventive about color, his designs were very bold. He had a lot of guts with what he designed.” In a testament to the freshness of Flato’s work, even eight decades later, fashion designer Karl Lagerfeld cited this necklace as inspiration for a belt in his 2011 Chanel Paris–Byzance collection. 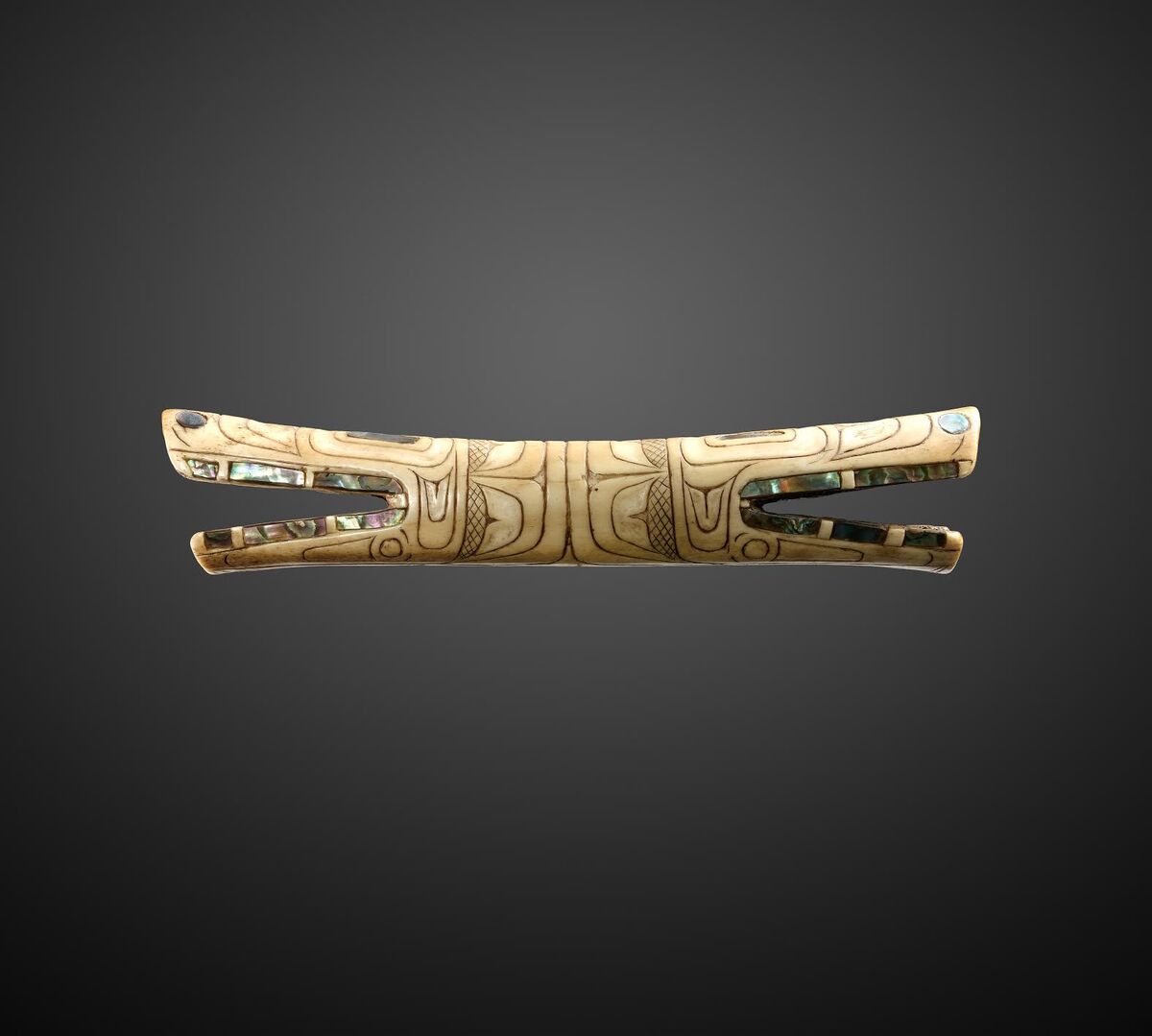 Among the indigenous tribes of Alaska and the Pacific Northwest of Canada, shamans would wear amulets like this one around their necks in spiritual ceremonies. “They believed that with this, the shaman could catch someone’s soul and help them heal from illness,” said a representative of the gallery. This soulcatcher, of the Tsimshian people of British Columbia and southern Alaska, was carved from the femur bone of a bear, and inlaid with abalone shell. The long, hollow work is finely engraved with a depiction of the doubled-headed sea monster known as Sisiutl, a powerful, mythological creature.

Diego Rodriguez de Silva y Velázquez, Portrait of a gentleman, bust-length, in a black tunic and white golilla collar, circa 1631-32 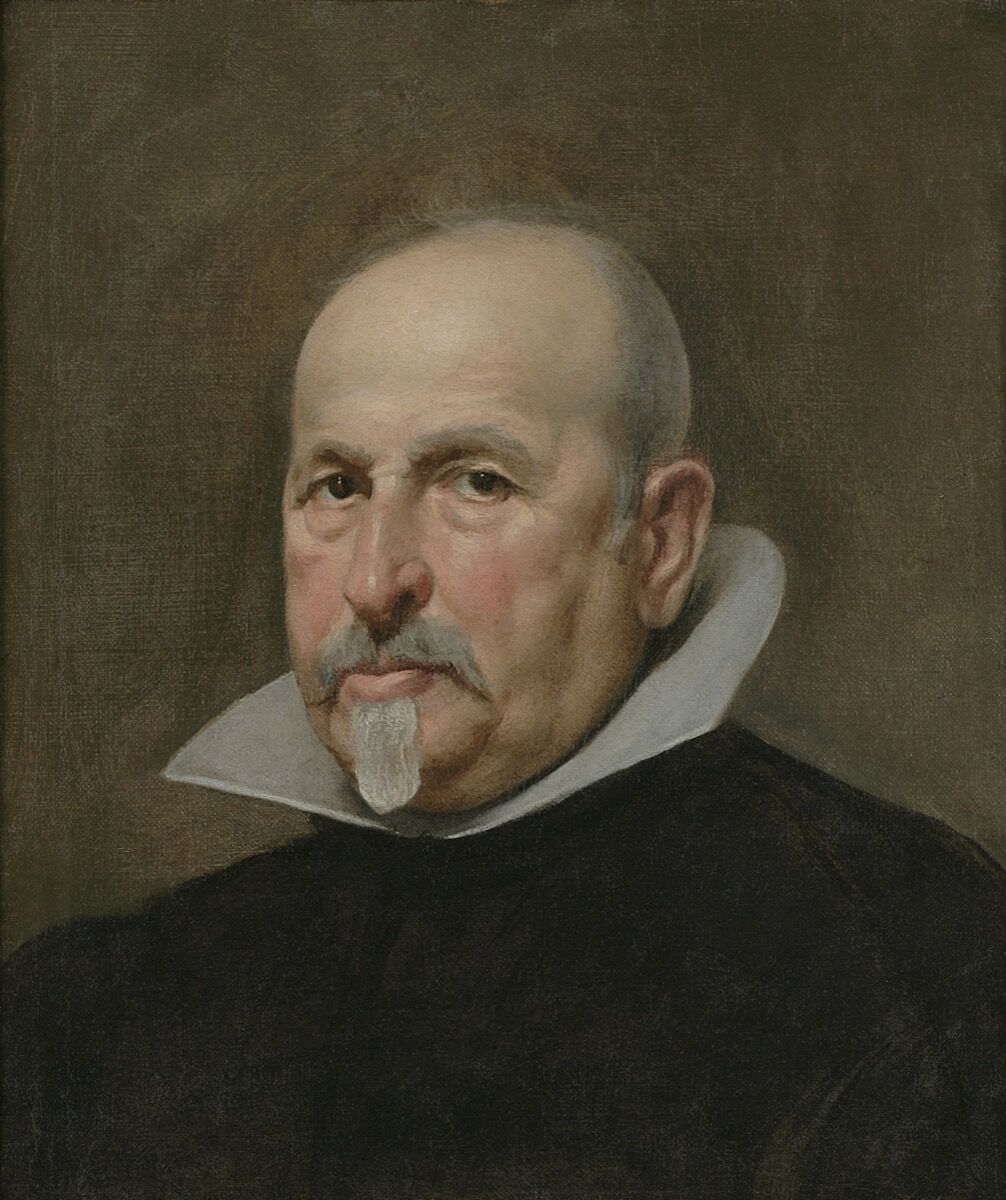 The famous 17th-century Spanish painter
Velázquez
is believed to have only made around 120 paintings during his lifetime—which is why it’s very rare (and exciting) to see one of his works for sale. This portrait of an unknown sitter was held in a private collection until it went up for auction at Bonham’s in 2011, during which time its authenticity was questioned. “He was the only artist of his time to use a white lead, almost like a chalk, to prime his canvases, which made them luminescent, brighter, and he probably learned that from
Rubens
,” said gallery associate Rachel Graham. The work was X-rayed to determine the presence of lead, and it was indeed detected. With this evidence, in addition to the artist’s distinct brushwork and treatment of facial features, it was determined to be a true Velazquez. “It’s one of the newest Velazquez discoveries,” Graham added. 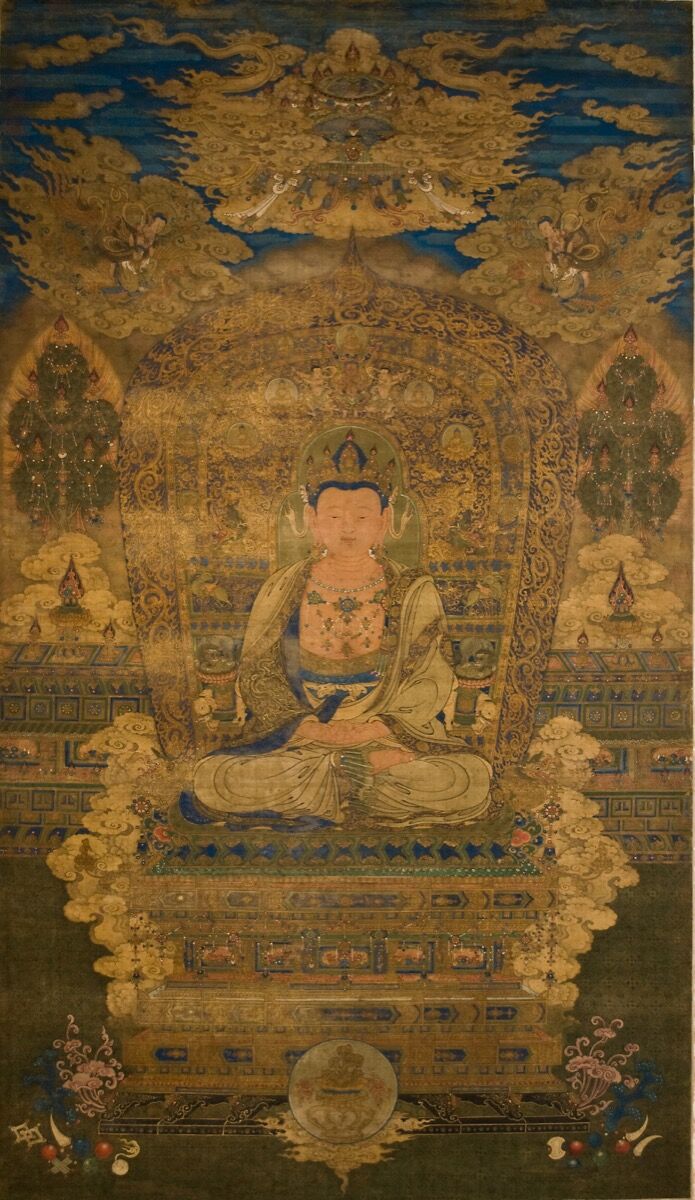 This Buddhist ink painting on silk with gold leaf from the Yuan Dynasty represents another rediscovery. The work had been misidentified in the past (dated to centuries later), but was recently found to be strikingly similar to another work in the collection of the prestigious Palace Museum, Taipei. The work is marked by five seals of the Emperor Qianlong (1736-1795), who was an important collector of Chinese art. His seals had been overlooked in the past, but they now affirm the work’s proper identification. “During the Yuan Dynasty, founded by Kublai Khan, grandson of Genghis Khan, the Mongol rulers got interested in Buddhism, so they brought Tibetan and Nepalese craftsmen into the court in Beijing,” said the gallery’s Mark Slaats. “They had them execute all of these Buddhist works. So there's records of hundreds of paintings being ordered by them, but there are very few left.” The result here is a stunningly intricate composition centered on a seated Buddha.

Massive Two-hand Bearing Sword of the City of Brunswick, c. 1570 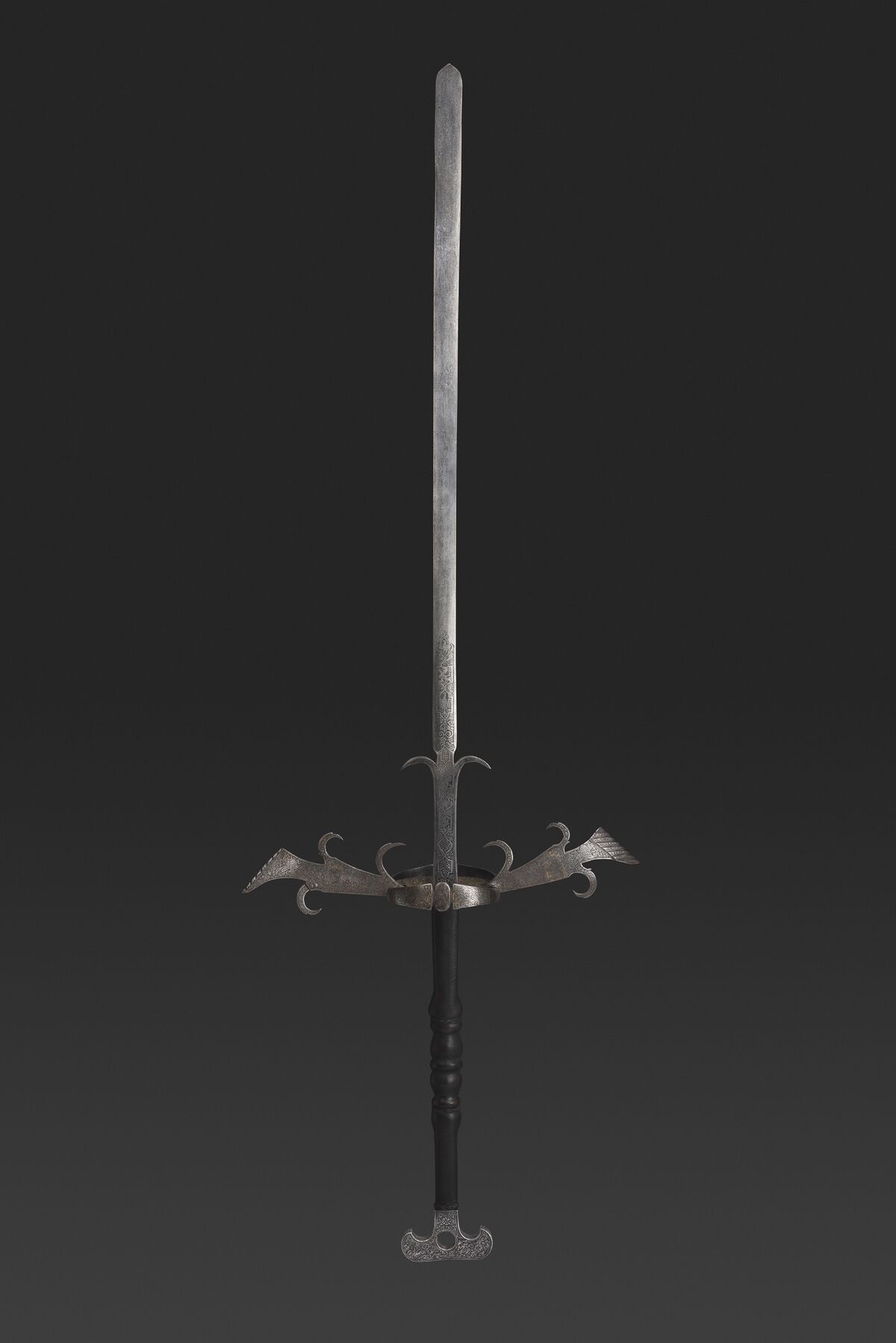 At 6 feet, 2 inches tall, this imposing sword stands taller than the majority of the people attending TEFAF. Although these two-handed weapons were originally used in battle, by the time this particular blade was forged they had been relegated mostly to ceremonial purposes. Owner Peter Finer recalled a day spent guiding Margaret Thatcher through his collection. When she asked about the sword, he replied, “Well when you go out and about, you sit in a Rolls-Royce with a police motorcade and flashing lights that clears people away. In Brunswick, the duke had two hundred men bearing those swords walking beside him.” Thatcher retorted: “How many of those have you got?”
—Abigail Cain and Casey Lesser
Related Stories