These 100-Year-Old Glass Flowers Are So Accurate, They Rival the Real Thing 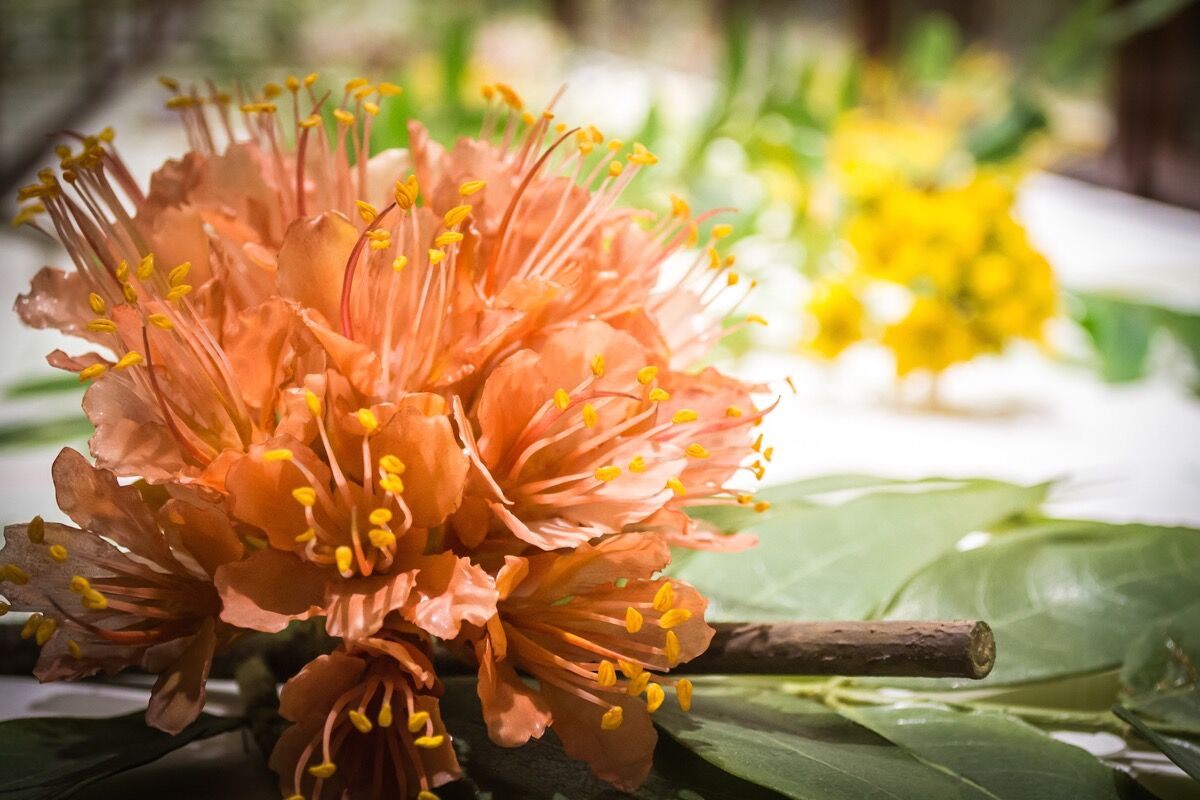 The problem with Harvard University’s collection of glass flowers, explains professor of botany Donald H. Pfister, is that they’re too realistic.
“When they’re photographed, they just look like plants,” he says, ruefully. “So how do you make a photo book that lets people know that these are actually glass models?”
Even the first director of Harvard’s Botanical Museum, George Lincoln Goodale, was initially fooled by the models. During an 1886 trip to Germany to visit the home of glassmakers Leopold and Rudolf Blaschka, he saw what he assumed to be a vase of blooming, freshly-cut orchids. In truth, each delicate petal and curving stem had been hand-crafted from glass.
That was all the convincing Goodale needed to commission thousands of botanical models from the father-son team—a series officially known as the Ware Collection of Blaschka Glass Models of Plants. Today, the collection is housed in a dedicated gallery at the Harvard Museum of Natural History. 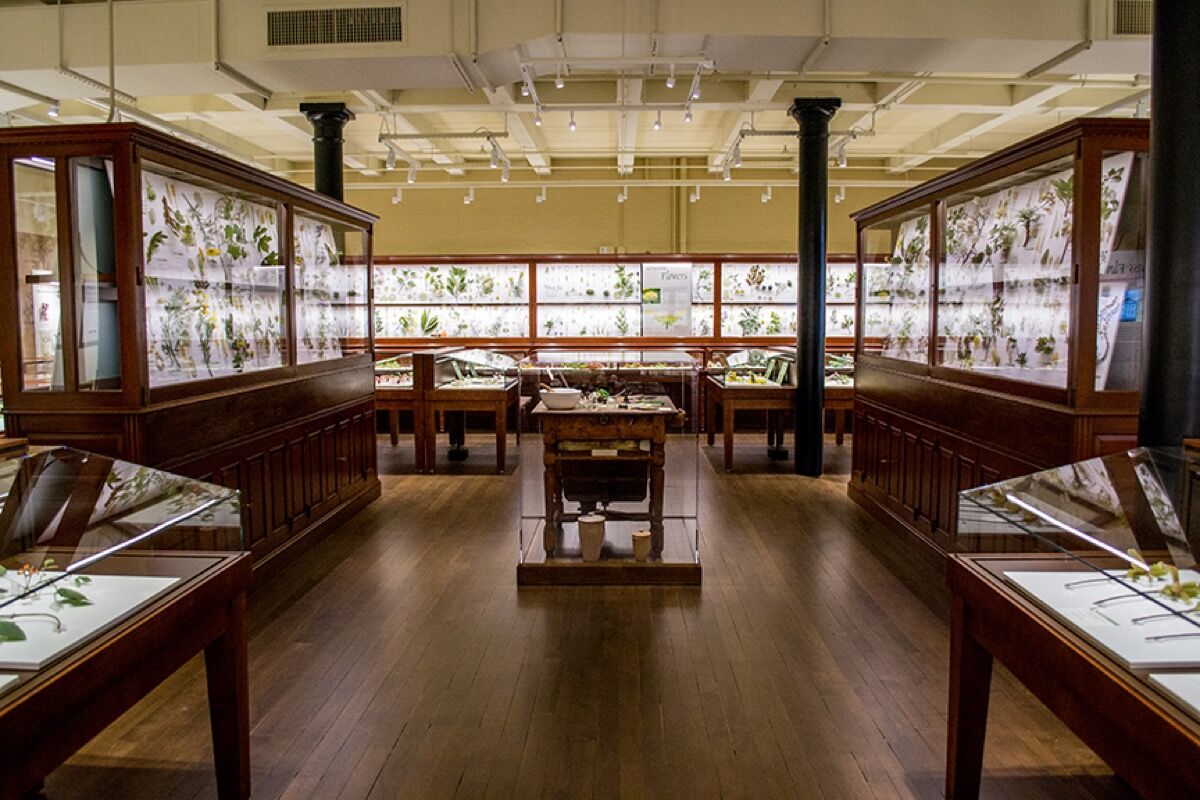 Initially, the Blaschkas—who had already established a thriving glassmaking business—were reluctant to accept the job. Leopold, the elder Blaschka, had begun his career making costume jewelry, chandelier attachments, and other luxury goods. He even made glass eyes, both for human use and taxidermy.
A career breakthrough came while en route to the United States in 1853. Leopold’s ship was becalmed, so he spent two weeks collecting and illustrating jellyfish and other animals populating the nearby waters. Enchanted by these unfamiliar creatures, he began to craft glass models of marine invertebrates upon his return home.
Leopold had unwittingly stumbled upon a solution to a problem faced by directors of natural history museums at the time. “Those kinds of organisms are difficult to preserve and display in a realistic fashion,” explains Ware Collection manager Jennifer Brown. “You can put them in a jar, but they lose their coloring and just sink to the bottom.”
Natural history museums from India to Scotland ordered thousands of these models through scientific supply catalogs. A handful are in Harvard’s collection, including a delicate sea anemone and a transparent jellyfish. 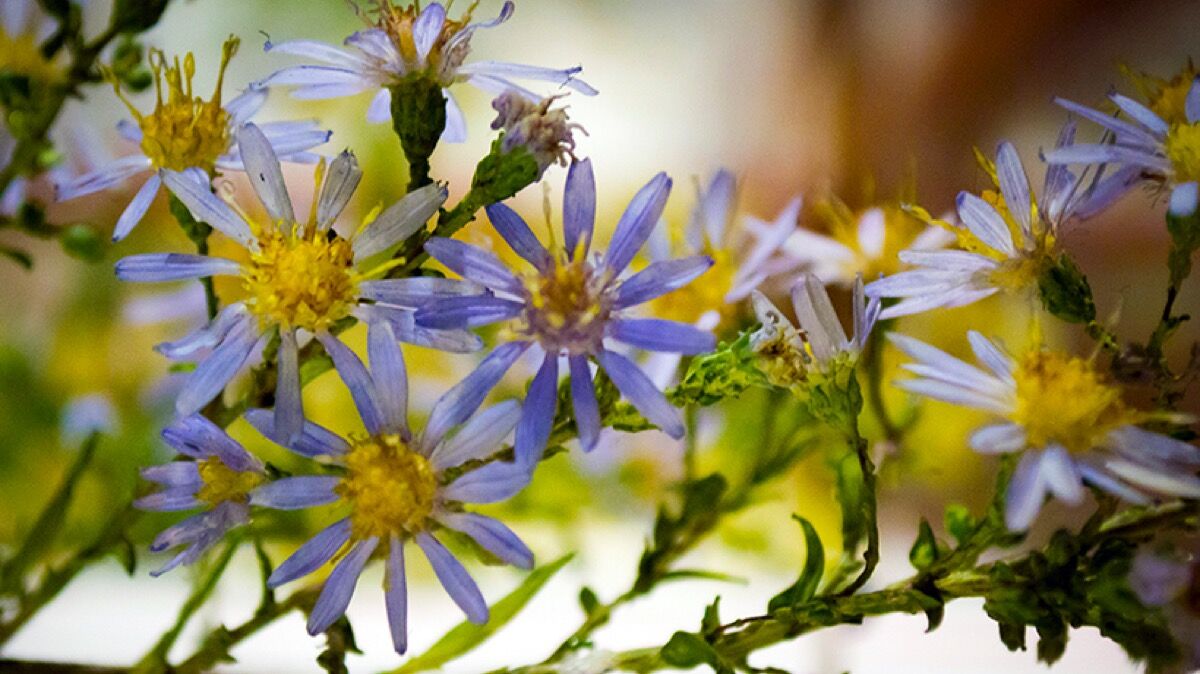 Advertisement
Goodale had faced a similar problem when opening his museum: How do you display plants in a way that’s intriguing to the public? “Like the marine invertebrates, plants are also difficult to preserve and display in an exciting fashion,” says Brown. “Plants were traditionally pressed and flattened on herbarium sheets. You can see how a whole bunch of pressed, dried plants wouldn’t be the most exciting exhibit for the general public.”
Between 1887 and 1890, Brown says, the Blaschkas agreed to spend half of their time making plant models for Goodale’s museum; the other half was dedicated to their popular models of marine invertebrates. The first shipment of glass flowers arrived in Boston smashed to bits, thanks to rough handling by customs officials. But even in pieces, Goodale could tell how fine the work was. By 1890, Harvard had managed to negotiate an exclusive 10-year contract with the glassmakers. The project ended up lasting more than four decades; the final shipment of models was received in 1936.
Although the Harvard collection is arranged systematically to illustrate the development of plant life, it simultaneously reveals the evolution of the Blaschkas’ craft. Brown and Pfister walk me over to what they call “model number one,” which is among the earliest glass flowers in the collection. Part of the orchid family, it features a series of white blooms; the leaf is displayed separately from the stem. While these first models are “beautiful,” says Brown, “they’re not quite as delicate, they’re not quite as refined as later models. They were also pretty small in scale, just the one bloom, the one stem, and the one leaf.” 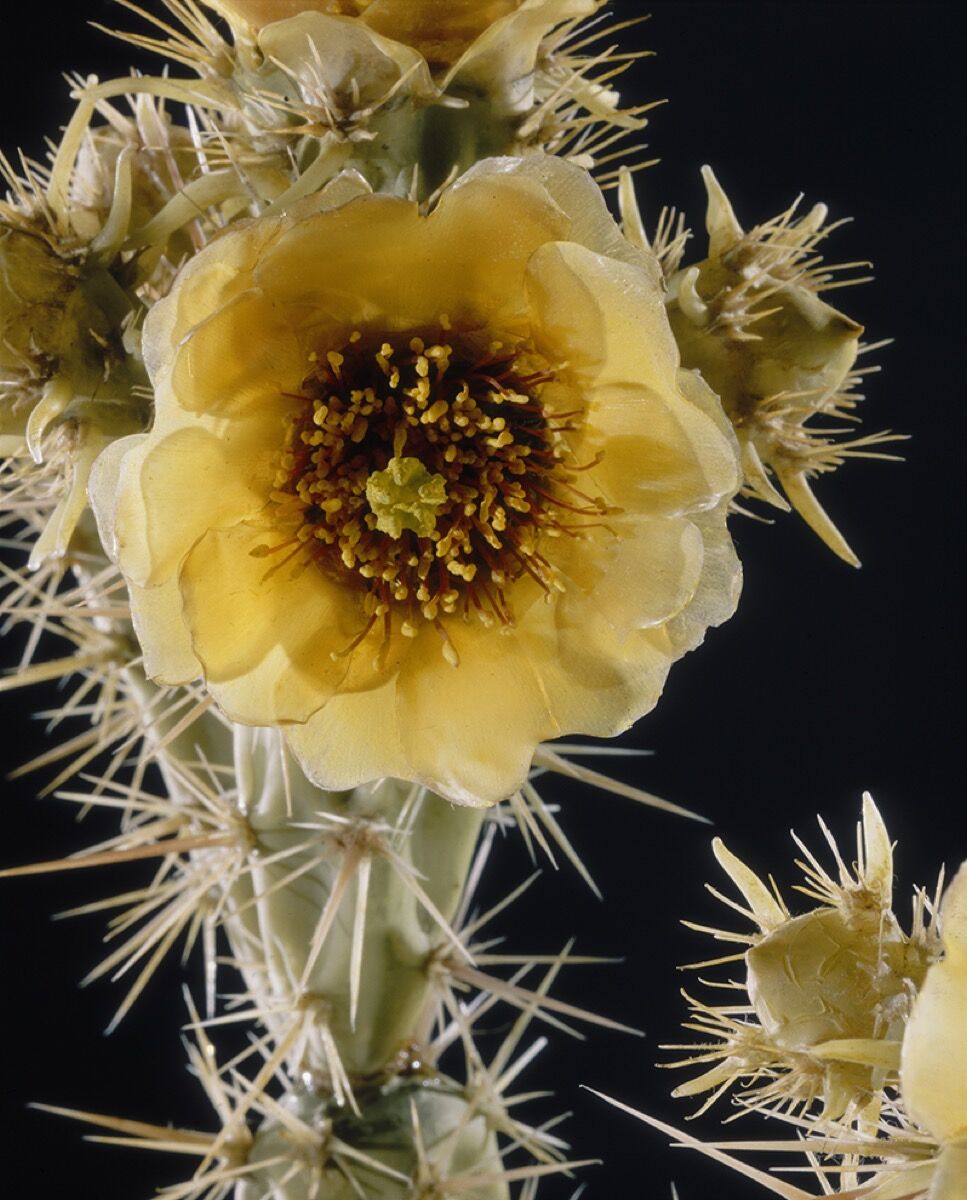 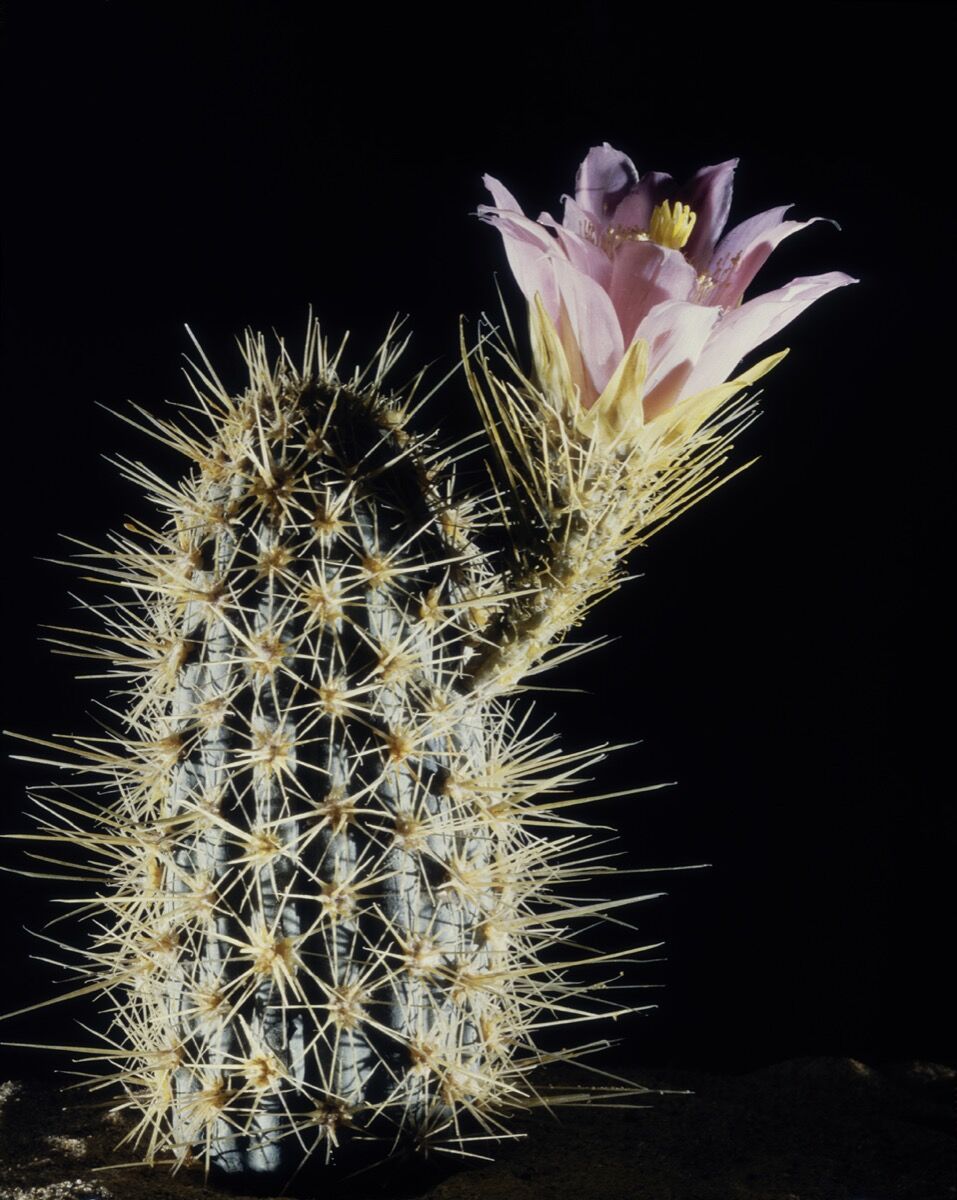 A model of the Blue Flag iris (model number 609) rests in a nearby case, a testament to the glassmakers’ burgeoning skill. Not only is it much larger, with several flowers, buds, and leaves, but its realism is uncanny. “They didn’t sanitize the models,” says Pfister. “So you see bud, you see full flower, and you see spent flowers. That’s how you see it when you go outside and look at the plant. You don’t see perfect flowers all in the same stage of development.”
The Blaschkas used a process called lampworking (or flameworking)—heating rods of clear or colored glass over a small burner, then bending them using metal pliers—to craft their masterpieces. It’s an old and quite common glassworking technique, says Pfister. “The Blaschkas just had really exceptional skills,” he says. “They stressed that there were no tricks involved.”
Even modern-day glassmakers can’t precisely replicate their work, although they’ve tried in a series of annual competitions that pay homage to the German masters. “Some are more successful than others,” says Brown. “But it’s not the same,” Pfister replies. 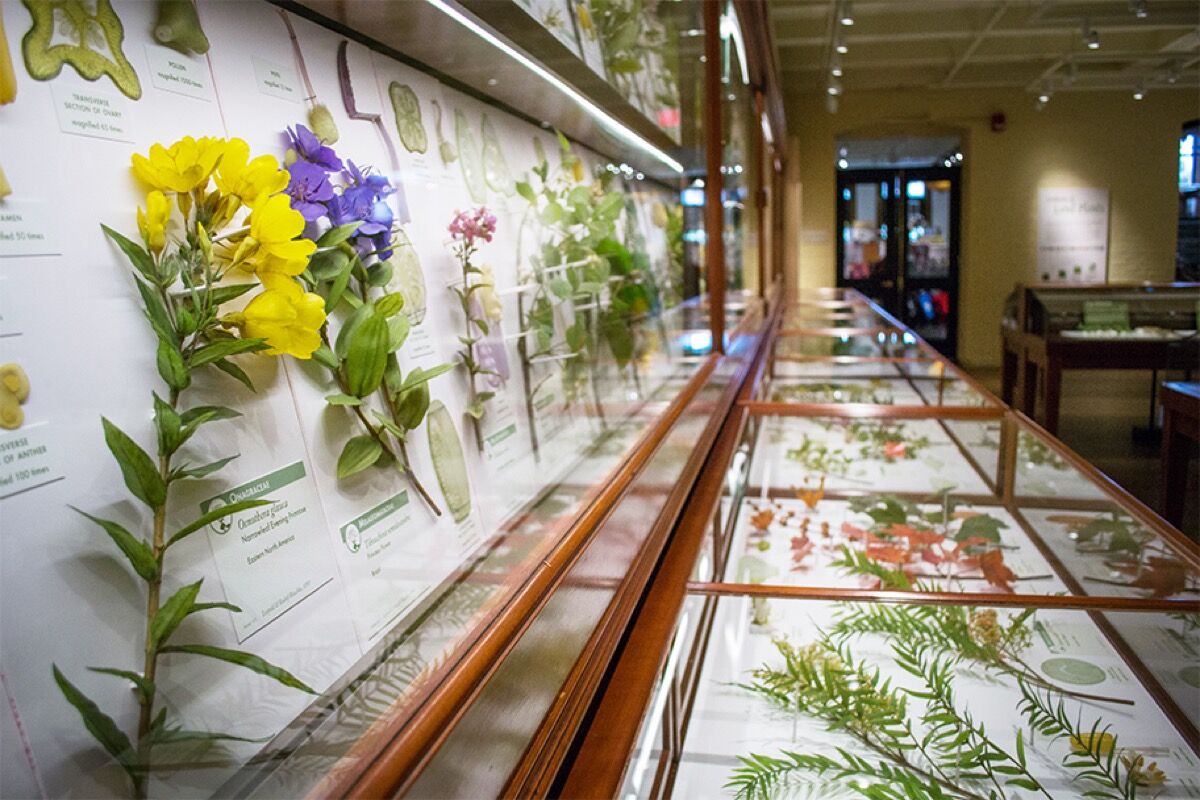 Although some of the models are now more than a century old, Pfister notes that he’s never found a botanist who could find fault with them. “There’s this tendency to look at the plants you know best and ask, ‘Can I find something wrong?’ People don’t find anything wrong. The arrangements, the counts of structures, and so forth, they’re all accurate.”
Leopold died in 1895; Rudolf worked with the university for roughly four decades after that. His final shipment—a series of rotting apples that illustrate the diseases of plants, currently on view at the museum—arrived in Boston in 1936. Rudolf died three years later, with unfinished pieces left on his workbench.
In the end, the Blaschkas had produced nearly 4,300 glass models for the university. “I think it’s pretty safe to say that surpassed anybody’s expectations,” Brown muses.
Abigail Cain
Related Stories