Karen Kedmey
May 24, 2016 8:41pm
“How does one achieve eternal bliss? By saying dada,” proclaimed the poet, musician, and theater producer Hugo Ball in the summer of 1916, as World War I raged on. “How does one become famous? By saying dada...How can one get rid of everything that smacks of journalism, worms, everything nice and right, blinkered, moralistic, Europeanized, enervated? By saying dada.” In this spirit of anarchy, a new artistic and literary movement called
Dada
burst forth in Zurich 100 years ago.

Dada’s centennial is being celebrated across the world this year. Zurich has planned over 150 events at venues throughout the city, including the Cabaret Voltaire—which was founded by Ball and served as the birthplace of the movement. In New York, MoMA opens “Dadaglobe Reconstructed,” an exhibition bringing together works by more than 40 artists that were originally made for an unrealized anthology conceived by poet and Dada co-founder,
Tristan Tzara
.
So what’s all the fuss about?

Dada was a reactionary movement. It emerged when a group of Zurich-based artists and poets—including Ball, Tzara,
Jean Arp
, and
Marcel Janco
—declared an all-out artistic assault on a modern society degraded by nationalist politics, repressive social values, conformity, and an overemphasis on reason and logic. They held this society responsible for the brutal war wreaking havoc across the continent. Their irreverent attitude typified the art, performances, poetry, manifestoes, and other activities they engaged in. Tzara described one Dada performance as an extravaganza of Cubist dance, costumes, noise, and Tzara himself standing before the curtain and explaining an aesthetic involving “gymnastic poem, concert of vowels, bruitist poem.” “Dada is a new tendency in art,” Ball claimed. “Until now, nobody knew anything about it, and tomorrow everyone in Zurich will be talking about it.” 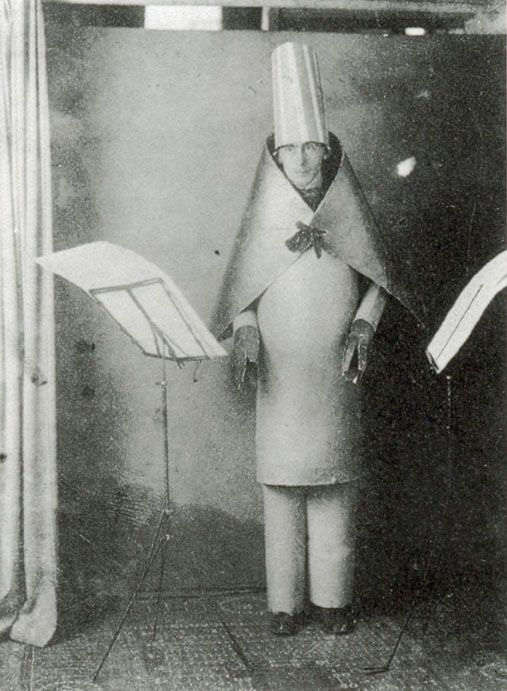 Advertisement
From Zurich, this tendency spread throughout much of Western Europe and to New York, where it was led by
Marcel Duchamp
and
Francis Picabia
. The loose international network of artists aligned with Dada were united not by style, but rather by a shared ideal of transforming both art and society through work based around ideas of the irrational, chance, intuition, absurdity, and humor. Their approach is reflected in the movement’s name, a variously defined nonsense word. As Ball wrote: “In French it means ‘hobby horse.’ In German it means ‘good-by,’ ‘Get off my back,’ ‘Be seeing you sometime.’” Dada meant all of this, and nothing at all.

Duchamp, the movement’s most famous artist, advocated for a philosophy of total freedom in art-making that proved enormously influential for 20th-century artists—and that continues to guide artists today. Among his most radical works was Fountain, consisting of a urinal tipped onto its back, signed, “R. Mutt,” and dated 1917. Duchamp would call these types of found objects “readymades,” turning them into art simply by altering their context. “I was interested in ideas—not merely in visual products,” he once said of his convention-shattering approach, which prefigured the
conceptual art
movement. 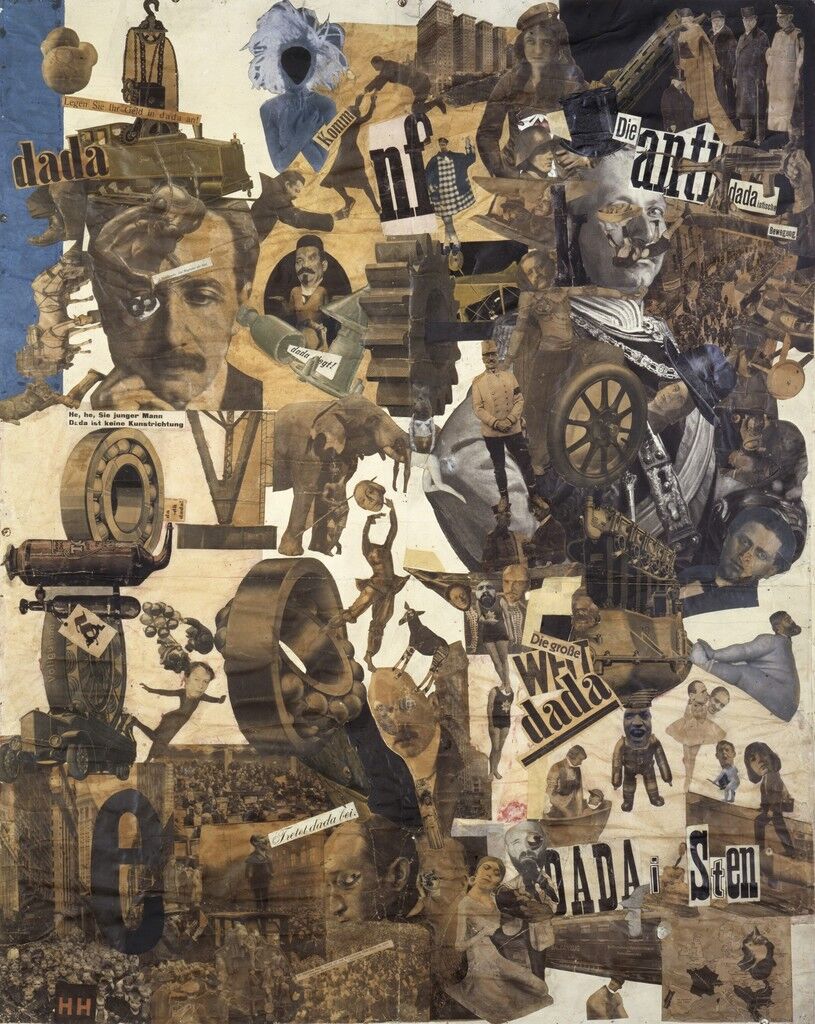 Cut with the Dada Kitchen Knife through the Last Weimar Beer-Belly Cultural Epoch in Germany, 1919
Nationalgalerie, Staatliche Museen zu Berlin, Berlin
By incorporating the stuff of everyday life into their art—decades before
Andy Warhol
and the
Pop
artists—the Dadaists embraced and critiqued the signs and symbols of modernity. “Everything had broken down in any case and new things had to be made out of the fragments,” Hannover-based Dada artist
Kurt Schwitters
once said. Schwitters created abstract and semi-abstract compositions out of collaged trash. Berlin-based artist
Hannah Höch
, who made collages and photomontages, utilized images and texts from newspapers and magazines, arranging them into such scathing critiques of the Weimar government as Cut with the Kitchen Knife Dada through the Last Weimar Beer Belly Cultural Epoch of Germany (1919–20). Höch’s work reflected the activist political edge of Dada in Berlin, which climaxed with the International Dada Fair of 1920, featuring an effigy of a German officer with the head of a pig.

By 1924, Dada had wound down. Though it was a short-lived movement, its legacy is outsized. Its emphasis on the unconscious and the uncanny fed into
Surrealism
, which followed on Dada’s heels. But its impact extends well into the 21st century. In their subversiveness and experimentation, the Dadaists were forging modes of working and forms of art that would either anticipate or directly influence the shape of much art to come. 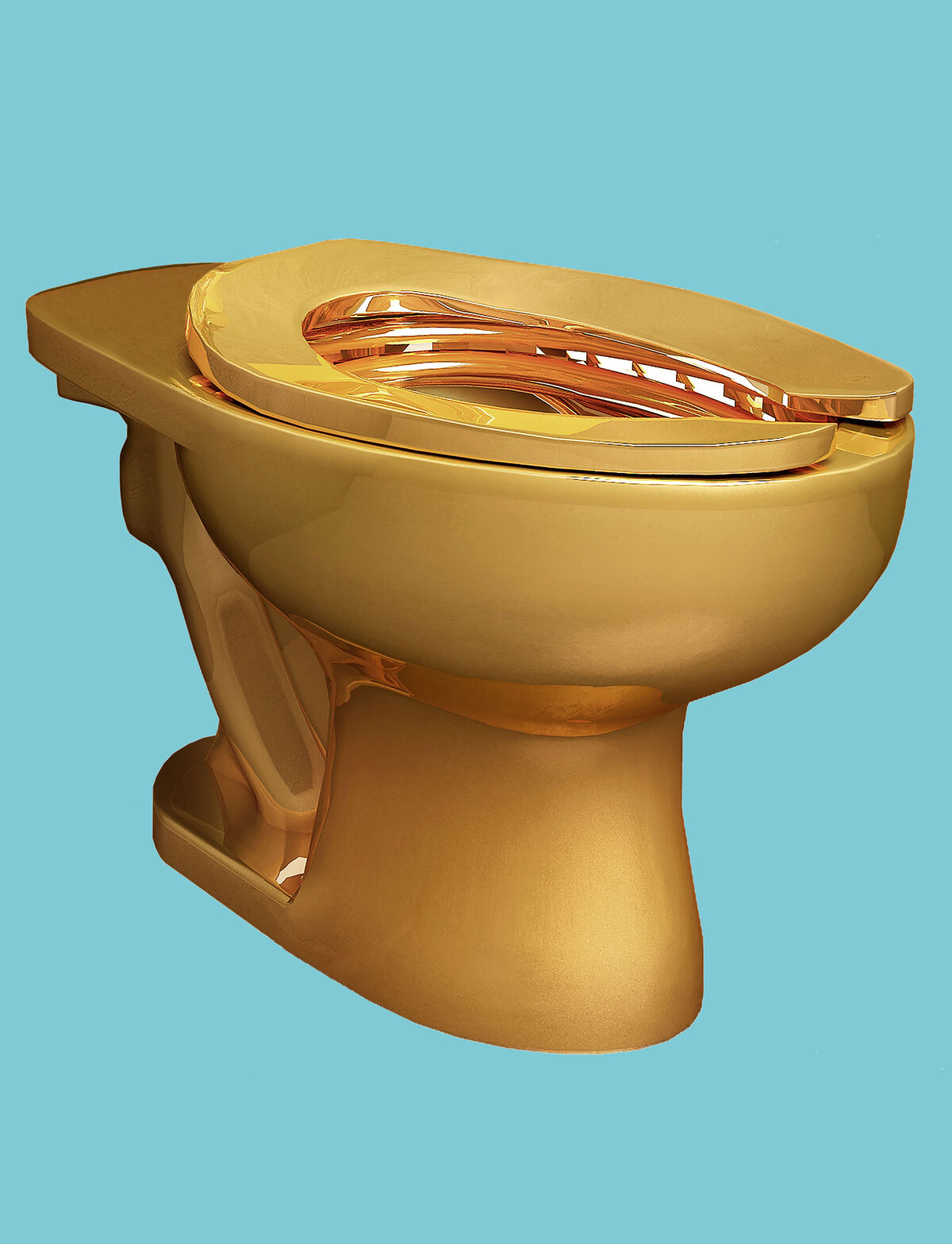 Take, for example,
Lorraine O’Grady
’s creation of the fictional persona Mlle Bourgeoise Noire (1980–83), a tempestuous 1950s beauty queen who would appear at gallery openings in a gown made of white gloves and, with Dada-esque boldness and blasphemy, shout poems of protest against the art world’s endemic racism and sexism. Or, more recently,
Maurizio Cattelan
’s solid-gold toilet, slated to be installed for use in one of the Guggenheim Museum’s bathrooms. Considered to be among Duchamp’s contemporary heirs, Cattelan evokes the elder artist’s Fountain with his gaudy commode and suggests that, in the case of this particular work, Picabia may have been on to something when he wrote: “Art is a pharmaceutical product for idiots.”
Karen Kedmey
Related Stories

Artists Have Been Celebrating the Medical Profession since the Renaissance

Artists Have Been Celebrating the Medical Profession since the Renaissance
Cath Pound
Jun 5, 2020