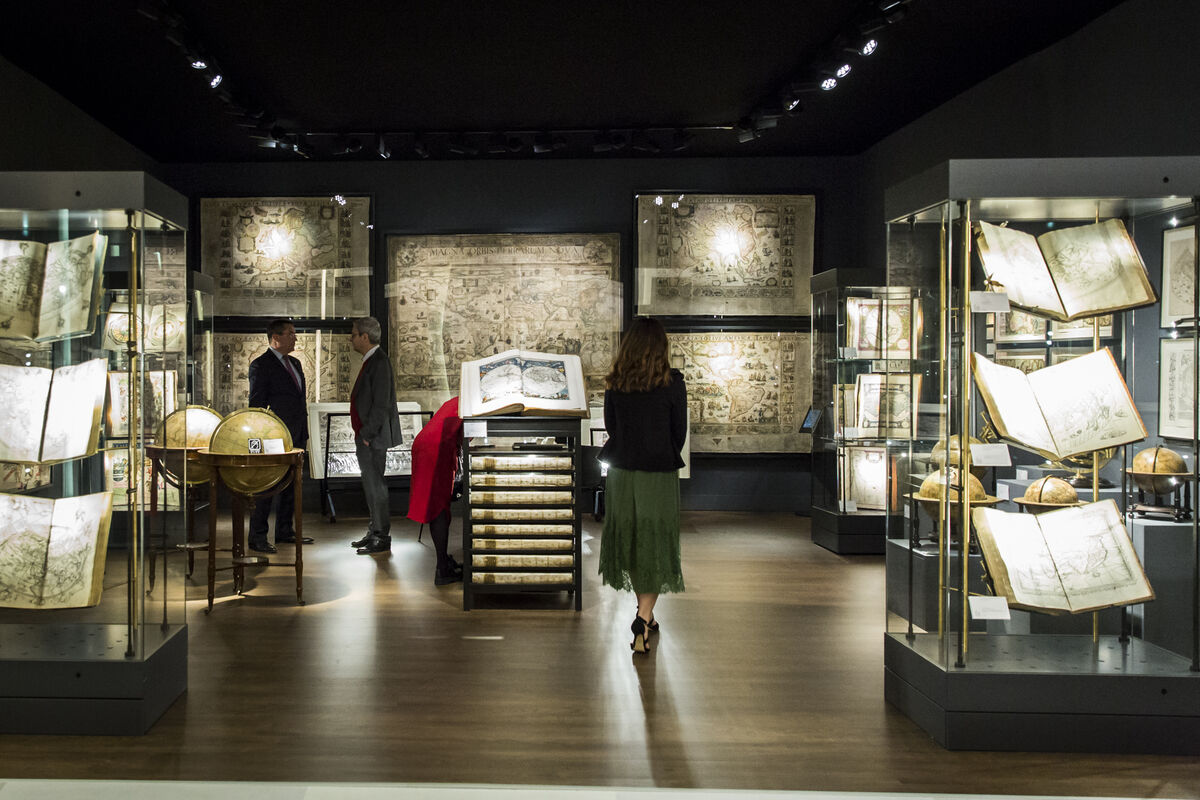 The European Fine Art Fair (TEFAF) in Maastricht is an art-historical minefield. A jaunt through the sprawling Dutch art fair leads to everything from
Old Master
paintings to bejeweled snuff boxes, illuminated manuscripts, and Shamanic masks. This year is no exception, convening the eye-catching offerings of 275 dealers from some 21 countries. The fair’s 31st edition opened its doors on Thursday morning, and we searched the stands for rare and exceptional gems—reflecting not just big-name artists, but fine craftsmanship, unique artistry, geographic range, and intriguing backstories. 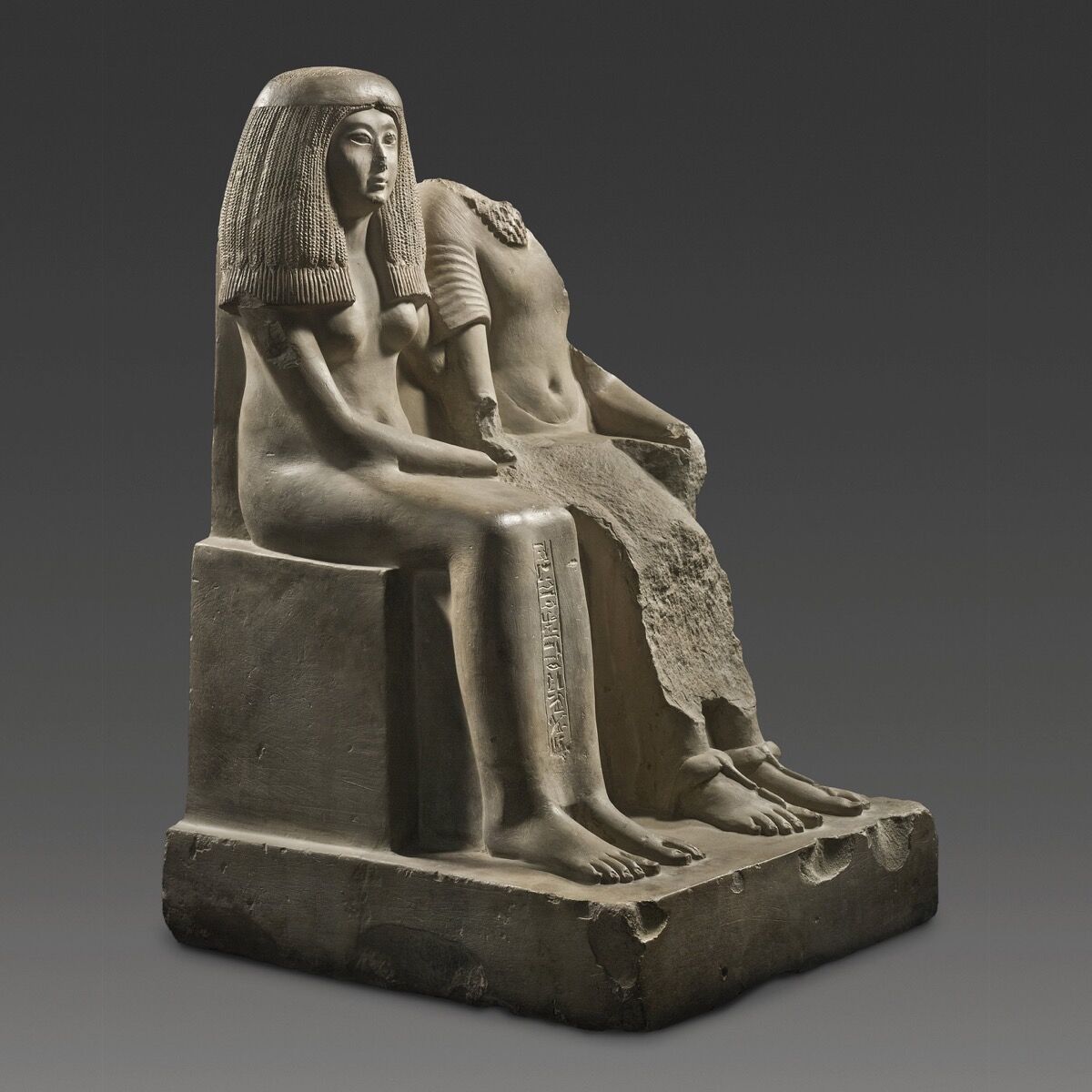 This statue pictures a seated couple: the Egyptian chantress Baket-Mut, who would chant during ceremonies in the Temple of Amun, and her husband. The sculpture is dated to the early reign of Ramses II, most likely created between 1334 and 1274 B.C. Baket-Mut is sculpted with intricate details, including the countless braids that make up the wig she wears (the typical head-covering for a woman of her stature would have been made from real human hair), and the hieroglyphic inscription of her name that decorated her dress. Strikingly, her husband’s head and legs have been chopped off, which, the gallery believes, happened during antiquity—it was common for ancient Egyptians to damage artworks as a means of erasing a person they didn’t like from history. Remarkably, though, this sculpture was still used for quite some time, perhaps even after it had been damaged—as is evidenced by the chantress’s shiny knee, which was worn down by people rubbing it during ceremonies to honor ancestors. 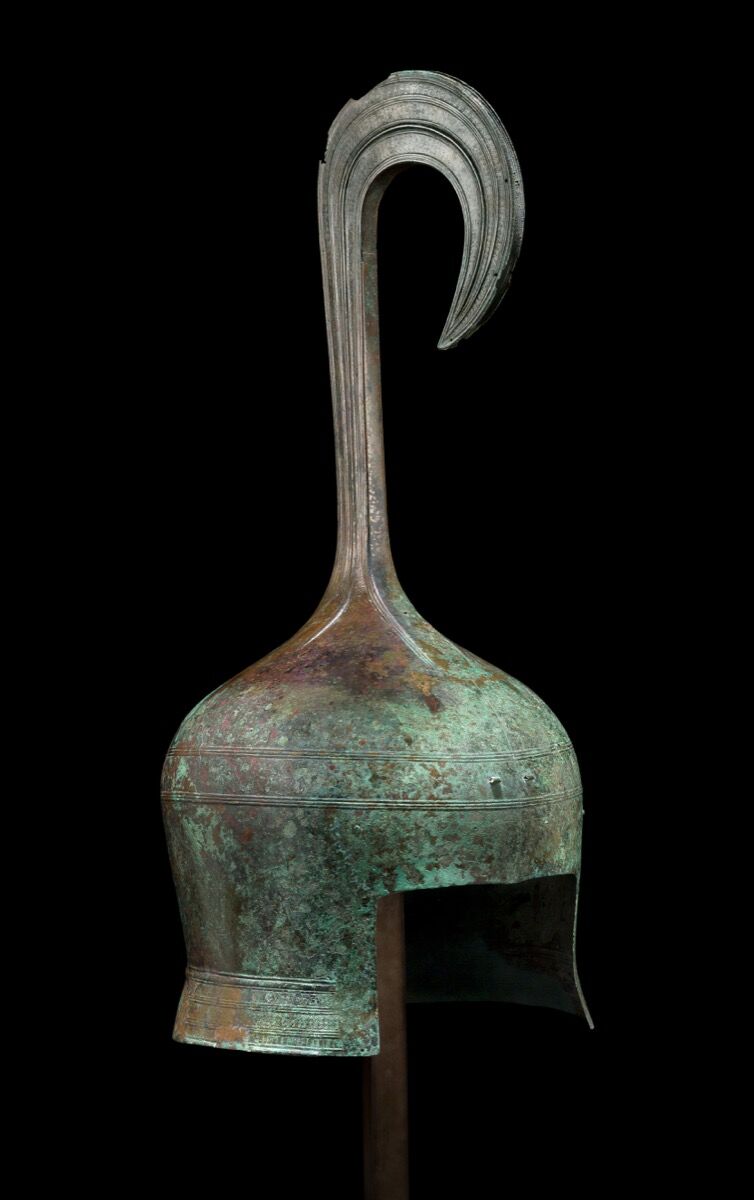 Advertisement
In its heyday, this Cretan helmet would’ve been shiny bronze and festooned with plumage. Today, it’s one of only two existing helmets of this kind, and it’s the only known example with such fine detail. Though speckled in pale green patina, the surface, if you look closely, is entirely covered with engravings, including borders and patterns that frame miniature figures and highly detailed mythological scenes. One part, for example, pictures Perseus holding Medusa’s head as he presents it to the goddess Athena; other sections depict tales of Apollo and the centaur Chiron. 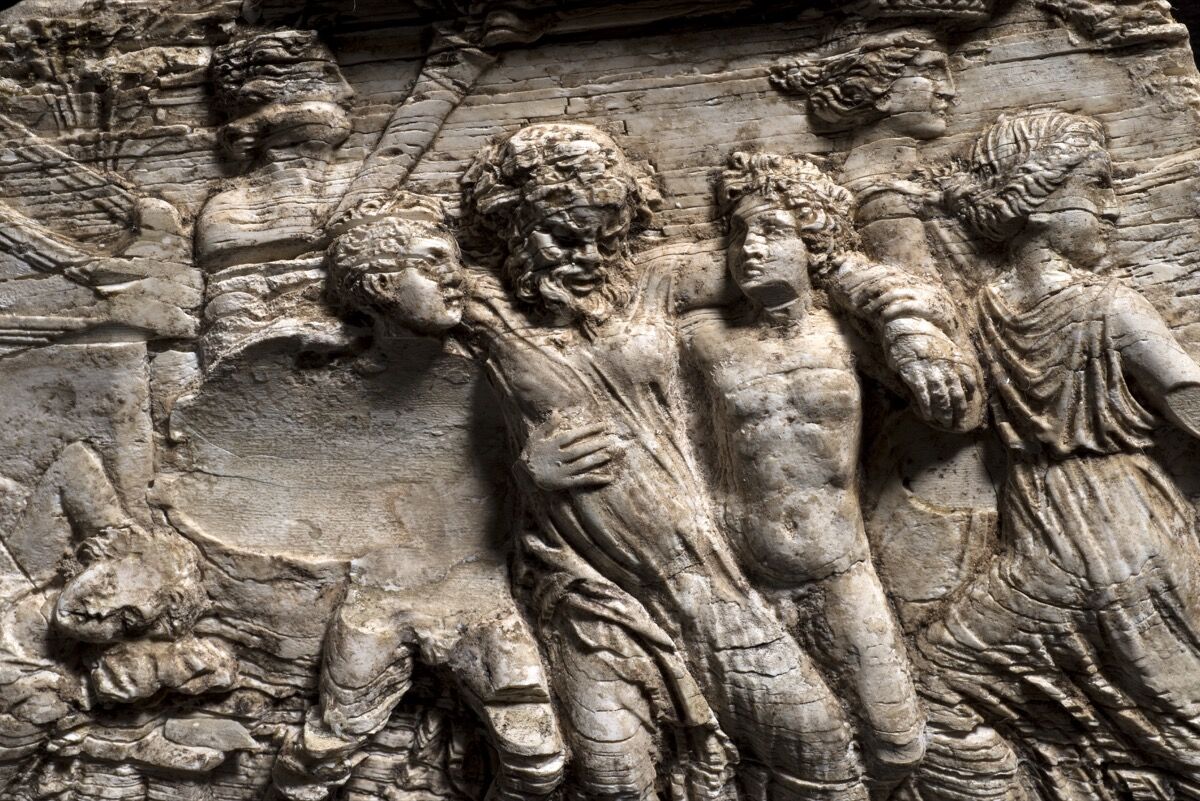 Just under six inches, this slab of ivory (which is quite large for the material) is a Roman antiquity, dating back to the 2nd–3rd centuries A.D. Carved with fantastic attention to detail, the piece portrays the drunk Silenus—a compatriot of Dionysus in Greek mythology—being propped up on the shoulders of two deputies. It would have likely been a decorative element inlaid into a piece of furniture. From the fine musculature of the shirtless figures to the drapery of a bystander’s cloak, it displays masterful stone-carving abilities.

A welcome outlier at the fair (and even within the stand, which is primarily full of paintings by big-name artists of the Italian and Spanish
Baroque
), this magnetic Aztec figure is not only in prime condition, it’s got great provenance. The piece (on offer for €1–2 million) once belonged to Jay C. Leff, a Pennsylvania man who assembled an extensive bounty of
Pre-Columbian
artifacts; it was included in an exhibition at the Brooklyn Museum devoted to Leff’s collection in the late 1960s. Made from volcanic stone and hailing from the Central Mexican Highlands, it depicts the solar deity Macuilxochitl (or Five Flower), who is identified with a tall crest on his head and carved rosettes bearing tassels. The piece would have been a standard bearer, holding a flag in its left hand, and was likely perched outside of a temple. 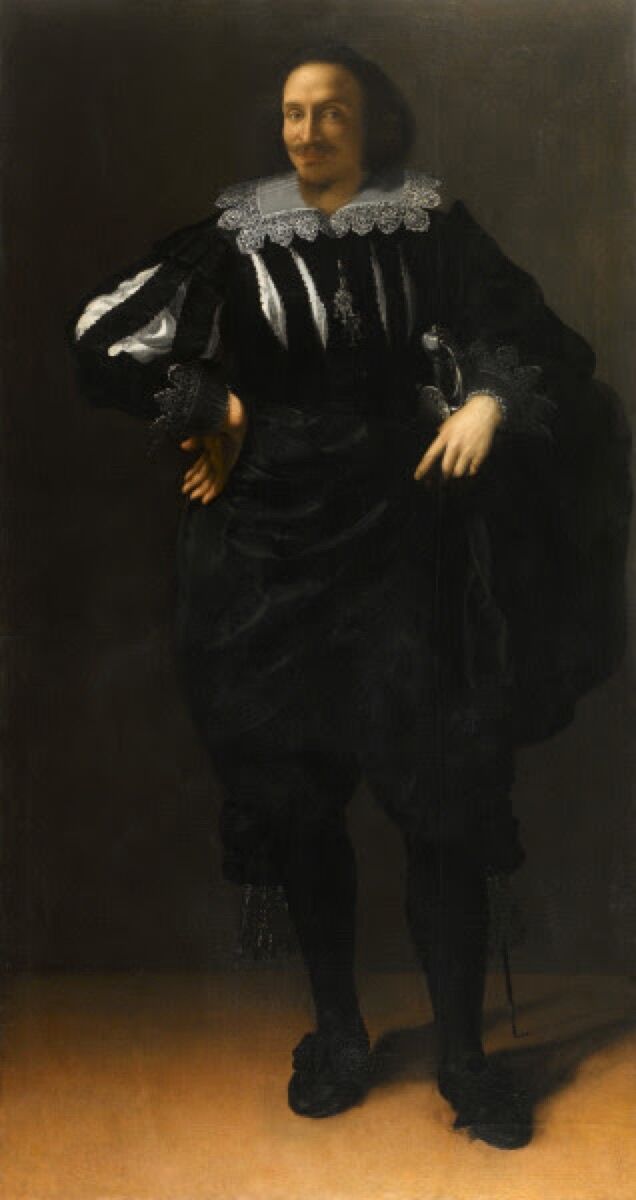 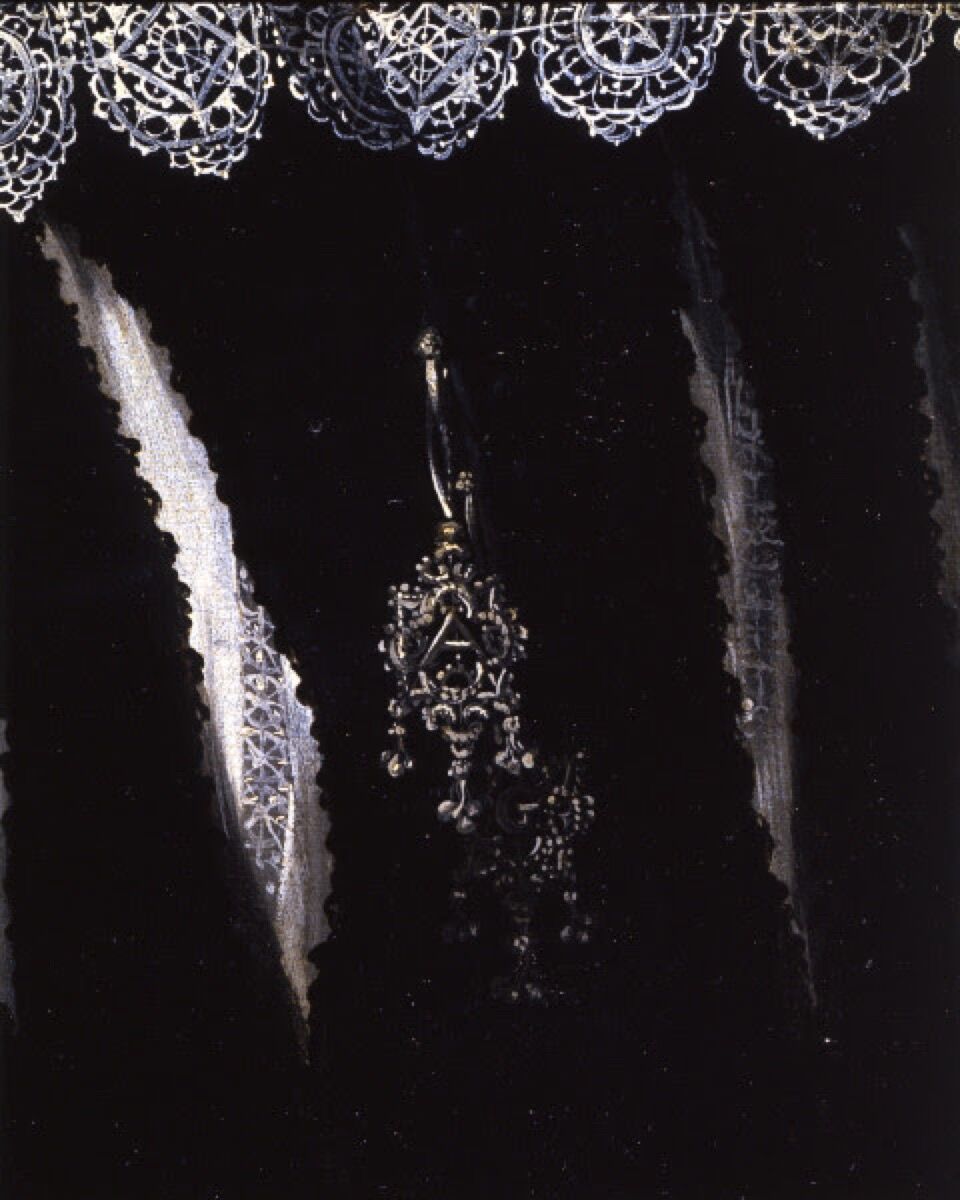 Though the Italian
Renaissance
artist is renowned for biblical and mythological scenes, Gentileschi was also a deft portrait painter, evidenced by this impressive full-length portrait (priced from $3–4 million) that would have been a rare, private commission. The subject, believed to be French military engineer Antoine De Ville, wears the fine, flamboyant fashion of his day, including billowing sleeves with slashes cut into them and a Venetian-style lace collar and cuffs—all of which are treated with the artist’s exceptional flair for detail. The pendants that hang from De Ville’s neck are inscribed with the artist’s signature (the initials A.G.), and, tellingly, fall above his heart, suggesting she may have been quite close to him. His pose is intriguing, too. Gentileschi imbued her subject with virility, one hand pointing down to his manhood, but also a hint of weakness, exemplified by how his right hand flails outward. “She’s sort of subverting the idea of the strong man,” said gallery director Benedict Tomlinson. “She was always doing something slightly out of the ordinary.” 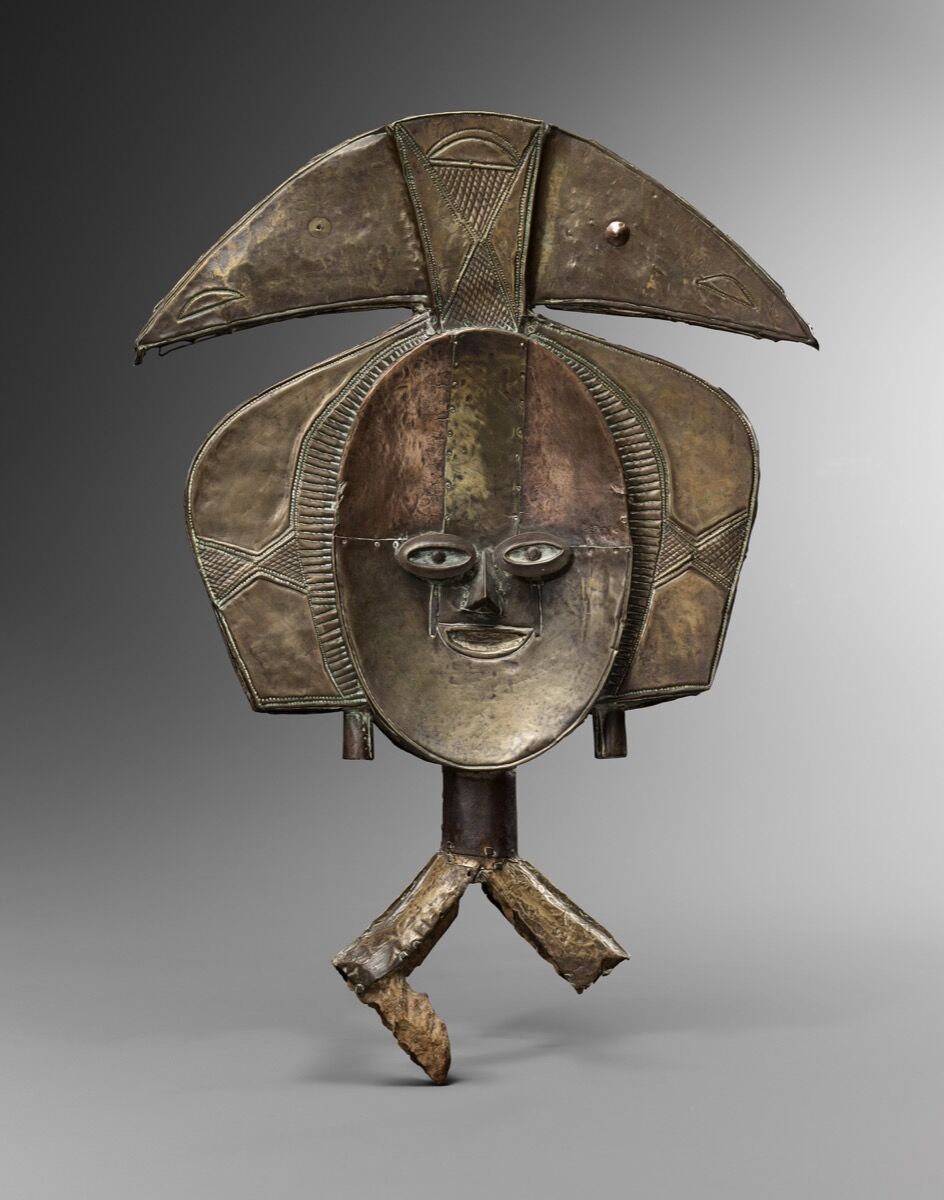 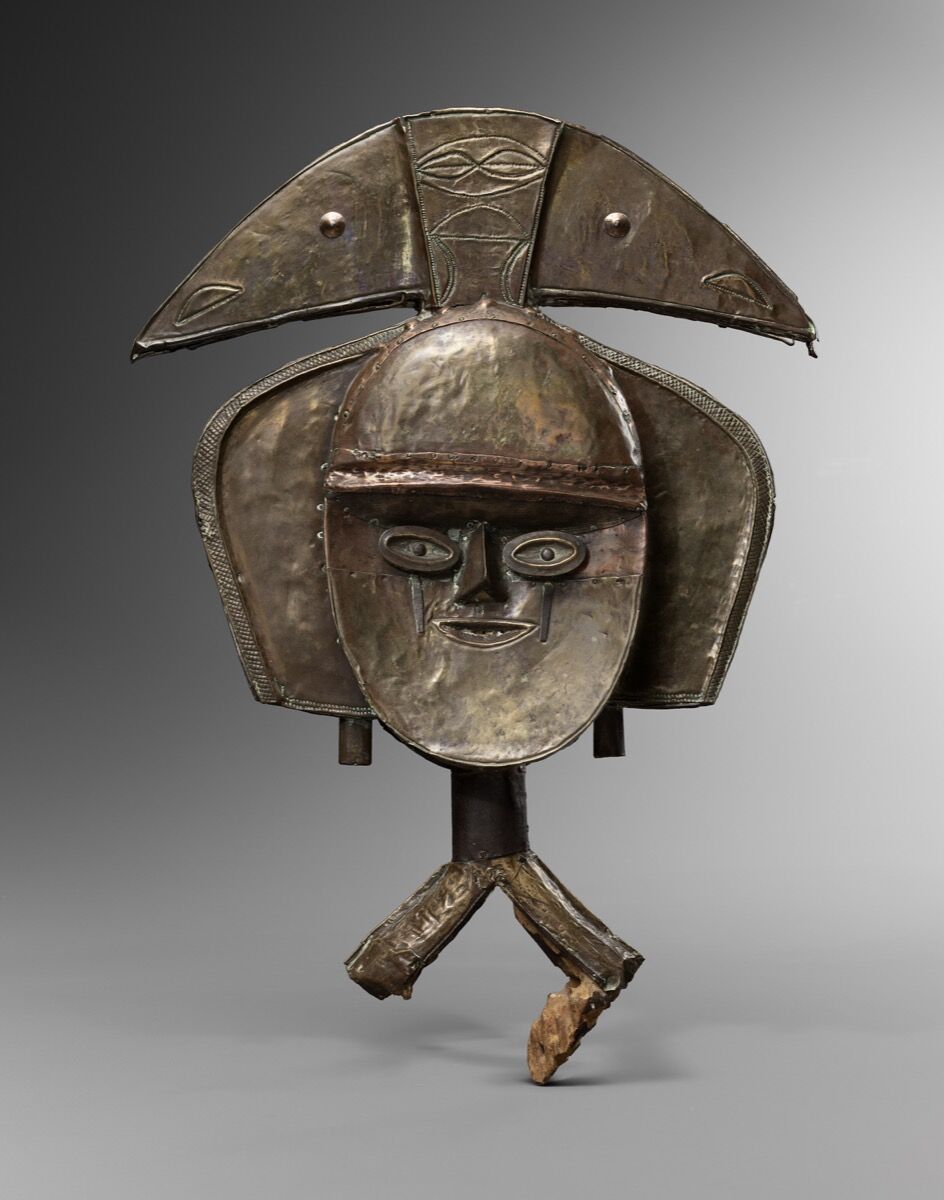 The Kota peoples’ reliquary statues, used in ceremonies to protect ancestors, are well-known among experts, but this fine example is special in that it portrays not one face—as was typical—but two. Of the roughly 1,000 known Kota figures in private and museum collections, there are only believed to be 12 or 13 done in this “Janus” style. This piece, the gallery noted, would likely have been used during ceremonial dances during the full moon. (The Janus Kota figures were also important in that they could be used in ritual sacrifices of any type of animal, whereas a Kota sculpture with a single face was limited to the sacrifice of cows or chickens.) This particular piece, which is believed to be from the 18th or early-19th century, was once in the collection of the French-American, New York-based painter
Arman
in the 1980s; the artist had a whole wall dedicated to his collection of over 40 Kota works in his New York home. 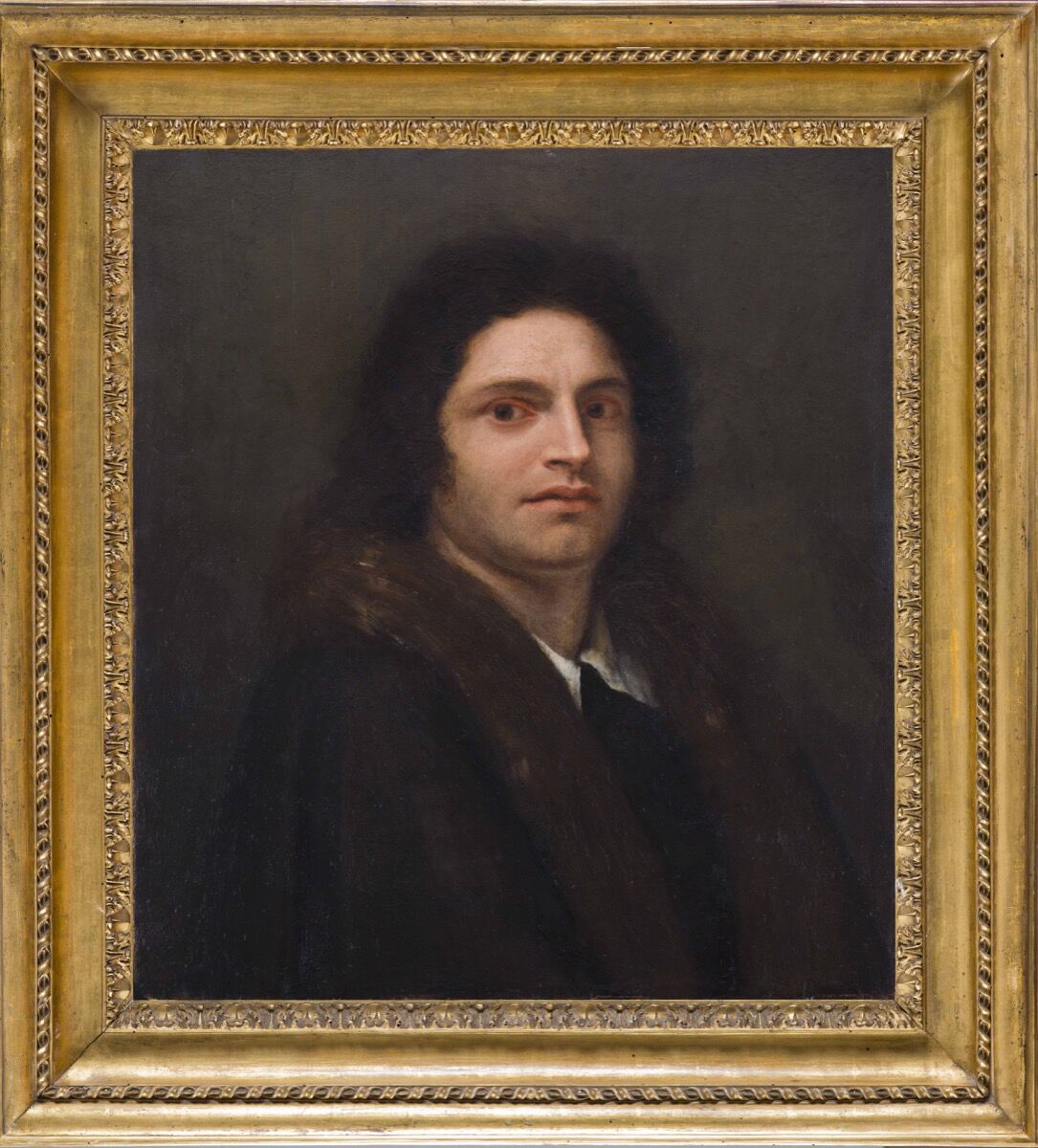 Back in the late-18th century, Canova was esteemed for his sculpture and little-known for painting—despite his superlative skills in both mediums. To help rectify this perception, he made a painting for one of his major patrons, Prince Rezzonico, which was a replica of a self-portrait of Italian Renaissance master
Giorgione
. Painted on a 16th-century panel (which, x-rays have revealed, originally featured an anonymous depiction of the Holy Family), the piece passed for the original. Rezzonico even held a dinner party with leading painters of the day, who were all fooled. “Everybody said, ‘What a beautiful Giorgione,’” dealer Francesca Antonacci explained. A rare sight, the work is not only unique to Canova’s oeuvre, it’s now being shown publicly for the first time since entering Rezzonico’s collection in 1792. 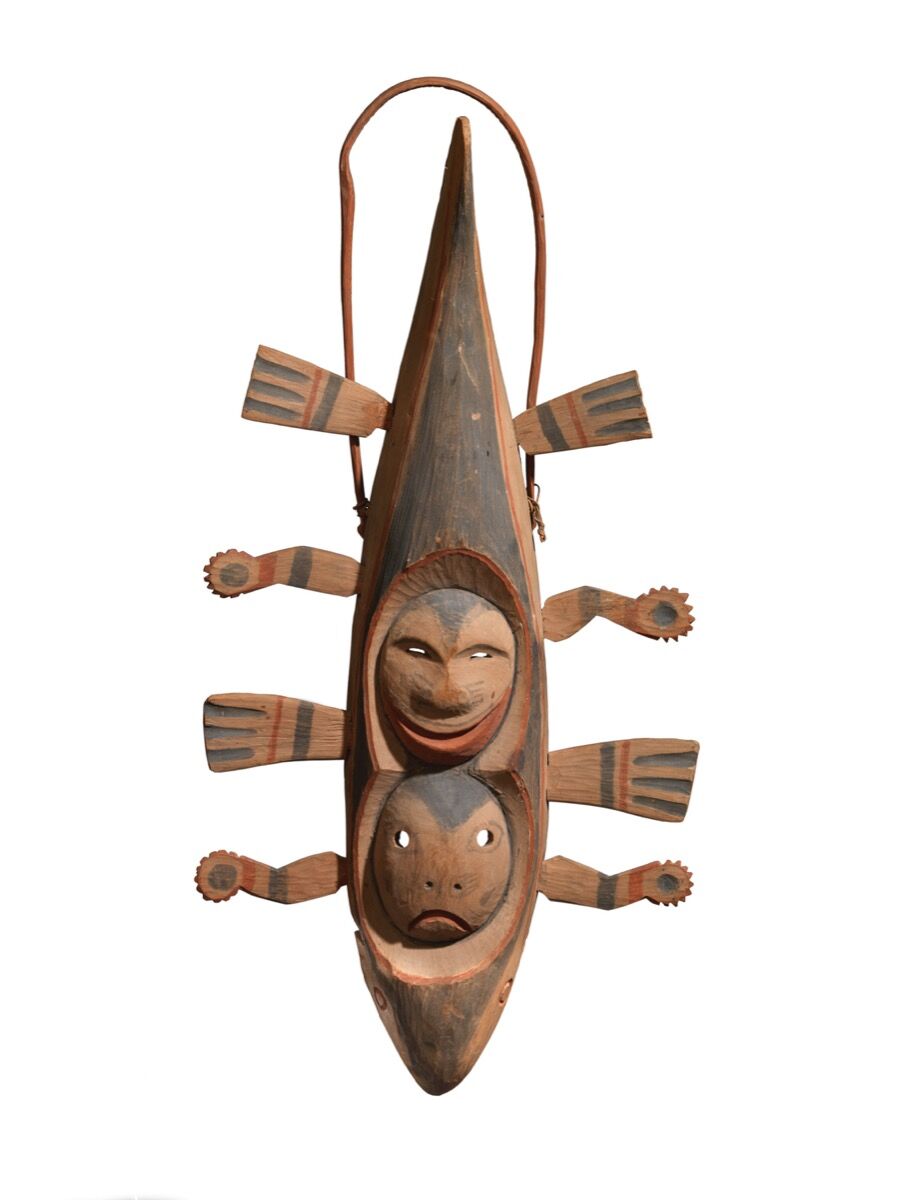 Taking the shape of a large fish with two faces carved into its belly, this Yup’ik mask from Alaska is impressive not only due to its excellent condition and carvings, but also due to its previous owner. New to the market, the piece was previously in the collection of
Surrealist
artist
Roberto Matta
, who, like his peers, collected Native American masks. (In fact, Donald Ellis and Di Donna Galleries will collaborate this spring to showcase Surrealist paintings alongside 17 Yup’ik masks.) The piece would’ve likely been used in a winter ceremony, a dance where the Yup’ik people called to the gods and asked for a moderate summer, in order to ensure a strong harvest and enough food to get through the winter. 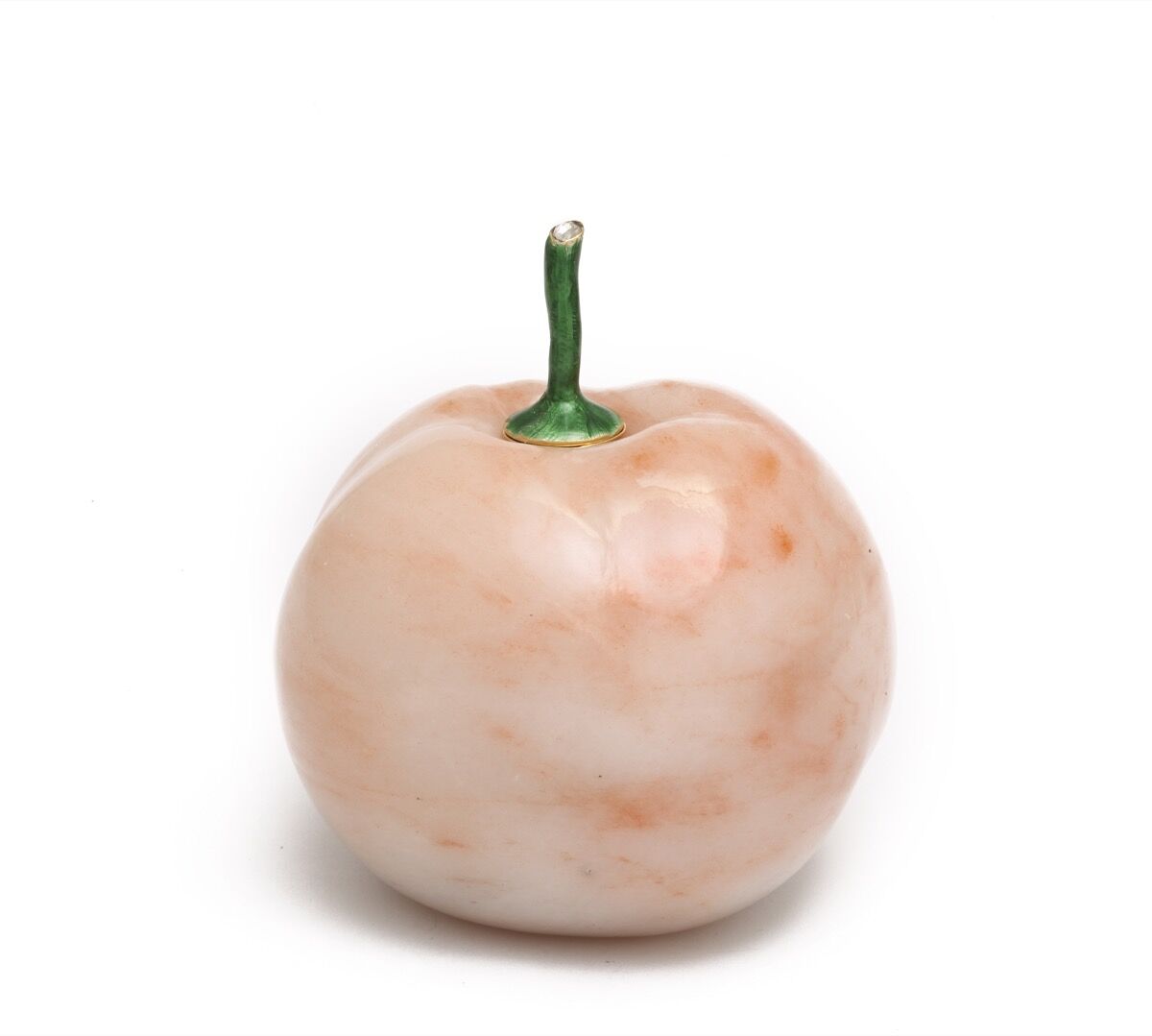 Though not as rare as some of the other Fabergé pieces on view (like a tiny blue hardstone figurine depicting a coachman), this charming, two-inch gum pot—a small vessel used to hold glue for sealing letters or adhering stamps—is known to have belonged to the Dowager Empress Maria Feodorovna, who was also the recipient of many of Fabergé’s prized imperial eggs. Made from gold-mounted aventurine quartz, this peach-pink, apple-shaped pot has a green enamelled stem with a rose-cut diamond that acts as its seal, as well as a small brush attached to its interior. In 1901, the piece was purchased by the Russian imperial family from Fabergé in St. Petersburg for 70 rubles. “In this period, you could buy a 50-acre working farm with cattle and a couple of servants for 50 rubles,” said the gallery’s Adam Patrick. “Even in his day, Fabergé was an expensive place to go shopping.” 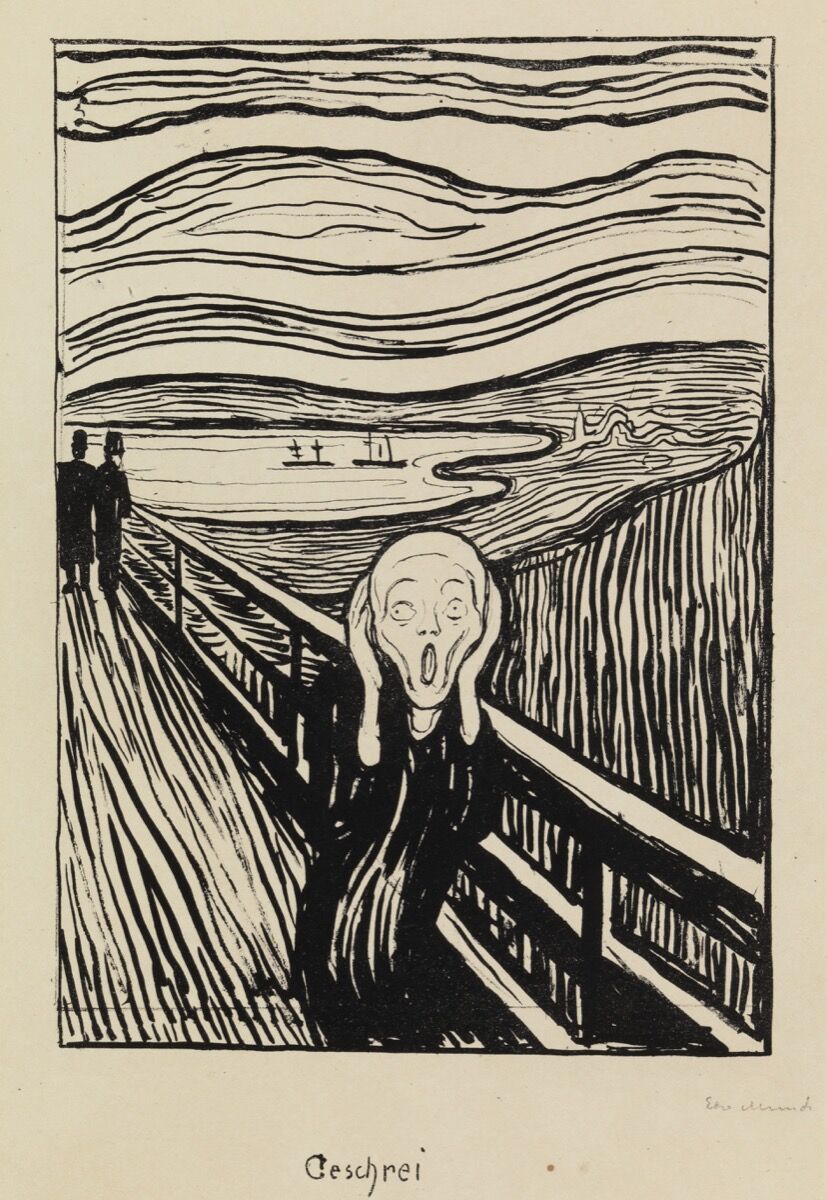 Munch actually created five versions of his best-known work—one in crayon, two in tempera, one in pastel, and this lithograph, of which there are known to be 25 editions today. Of those 25, 10 are considered to be in the lithograph’s the top “A” state, including this one; other equivalent examples are held by major museums, including the Metropolitan Museum of Art, the Museum of Modern Art, and the National Museum, Oslo. Priced in the seven-figure range, the work boasts a clear, even impression. Scholars have noted that the composition lends itself well to the graphic, black-and-white medium, despite the ubiquity of the full-color version that is most often reproduced. 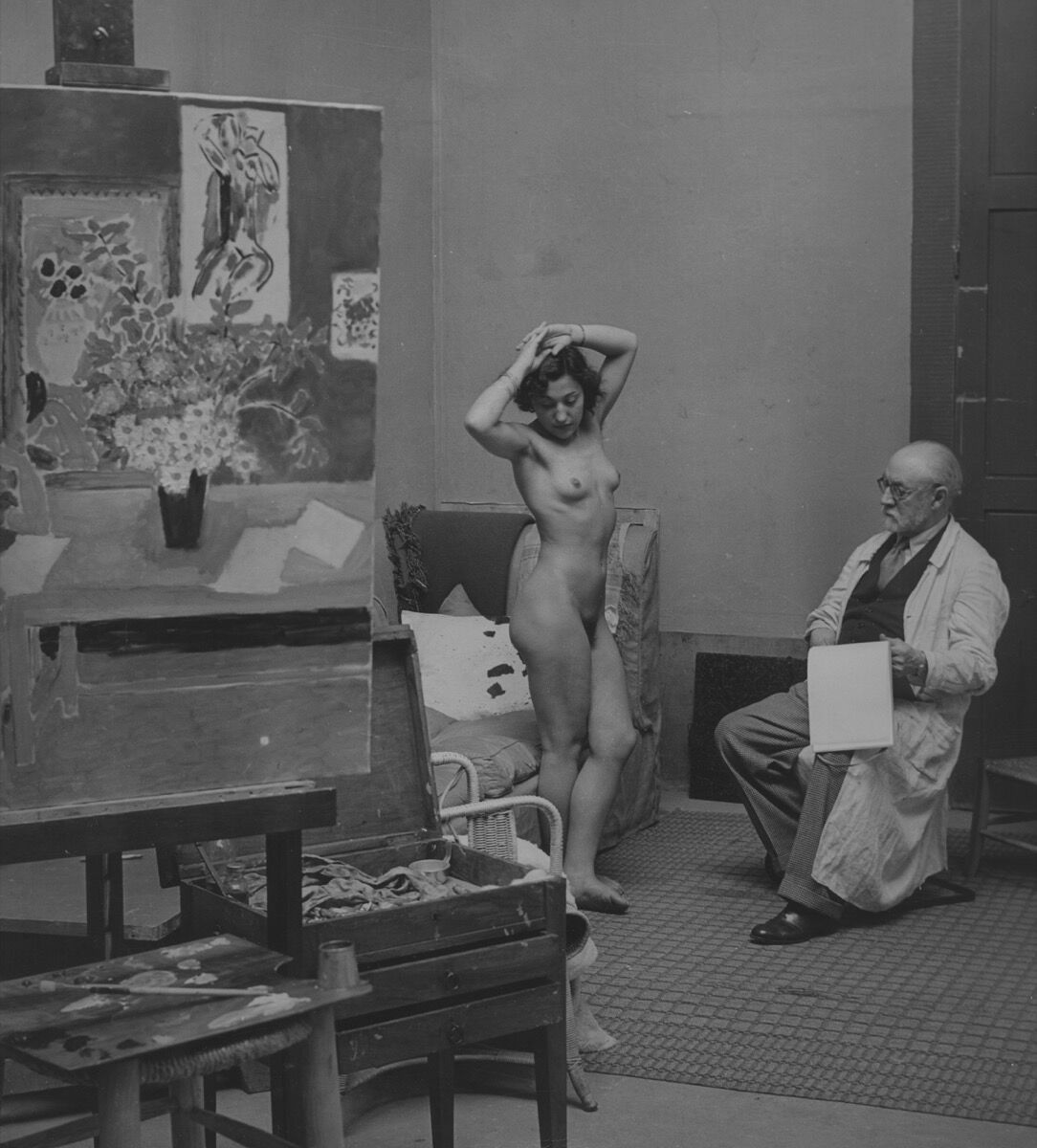 Presented at one of the very few photography-focused stands at the fair, this unique gelatin silver print, priced at €18,300, is a fascinating (albeit small, at just nine-by-eight inches) window into 20th-century art history. The prominent Hungarian-French photographer took this image in 1939, but it wasn’t printed until over a decade later, around 1951. And while Brassaï took various portraits of
Henri Matisse
, this view of the painter’s studio is an anomaly. The multilayered scene catches Matisse sketching a nude model; the artist’s eyes are fixed on the young woman, who is just a foot or two away, her gaze turned downward and her hands resting above her head. The left side of the frame is consumed by a painting—a still-life interior—in process, with a paintbrush propped on an easel below it. At once intimate and jarring, the image gives us a fly-on-the-wall perspective into the artist’s process, and leaves us wanting to know, and see, more.

A Previous version of this article incorrectly stated that a Yup’ik mask is Oceanic; it is Native American. The article also stated that this is the 30th edition of TEFAF Maastricht; it is the 31st edition.
Casey Lesser is Artsy’s Lead Editor, Contemporary Art and Creativity.
Related Stories