13 Artists to Watch at ArtRio

Isaac Kaplan
Sep 9, 2015 4:18pm
Rio de Janeiro, one of the most vibrant cities in the world, is defined by its culture. For the last five years, ArtRio has highlighted artistic talent hailing from the city—and throughout Brazil—while also attracting an impressive swath of galleries from across the globe. This year, the fair hosts dealers from 11 different countries, and while the international presence is a testament to the fair’s reach and influence, of equal importance are the artists who’ve come from the fair’s home soil. Below, we’ve compiled a set of 13 Brazilian artists who are making waves at home—and increasingly abroad as well.

On view at ArtRio: A Gentil Carioca 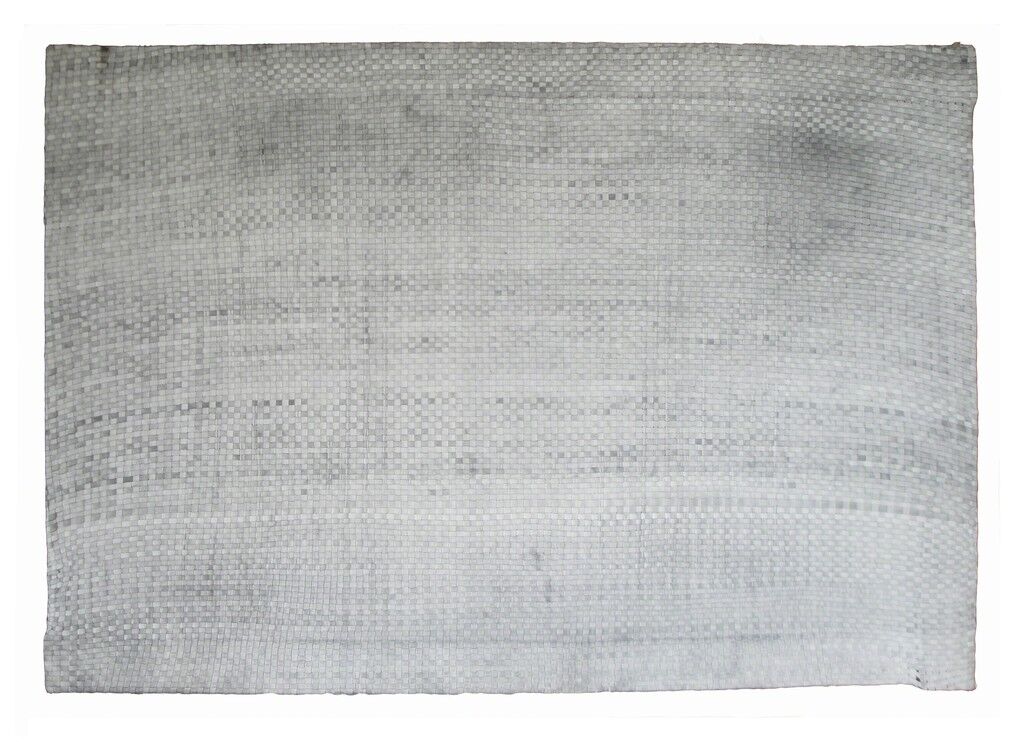 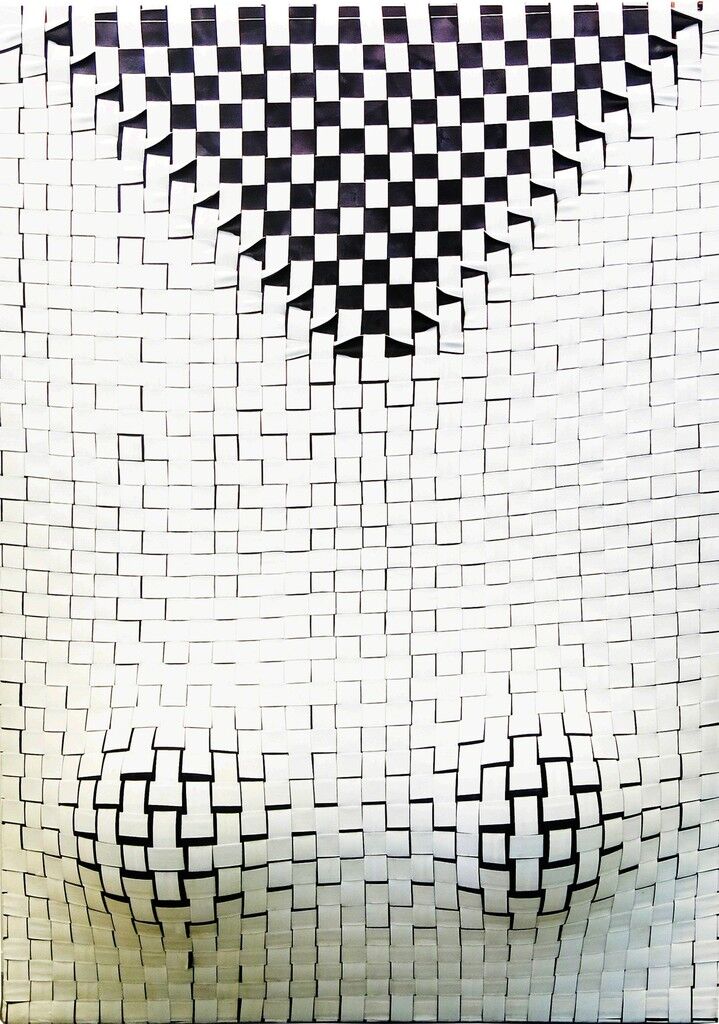 Jarbas Lopes
Pintura elástica com triângulo, 2015
A Gentil Carioca
Lopes’s work is concerned with its own formal qualities while also highly engaged with its use of materials and the politics beyond the canvas with which it contends. The artist has enjoyed exhibitions across Brazil, including the 2006 São Paulo Biennial, as well as in New York. At ArtRio, his woven black and white pieces of elastic, wood, and other materials appear as undulating forms which exemplify Lopes’s refined understanding of texture and weight.

ON VIEW AT ARTRIO: BLAU PROJECTS 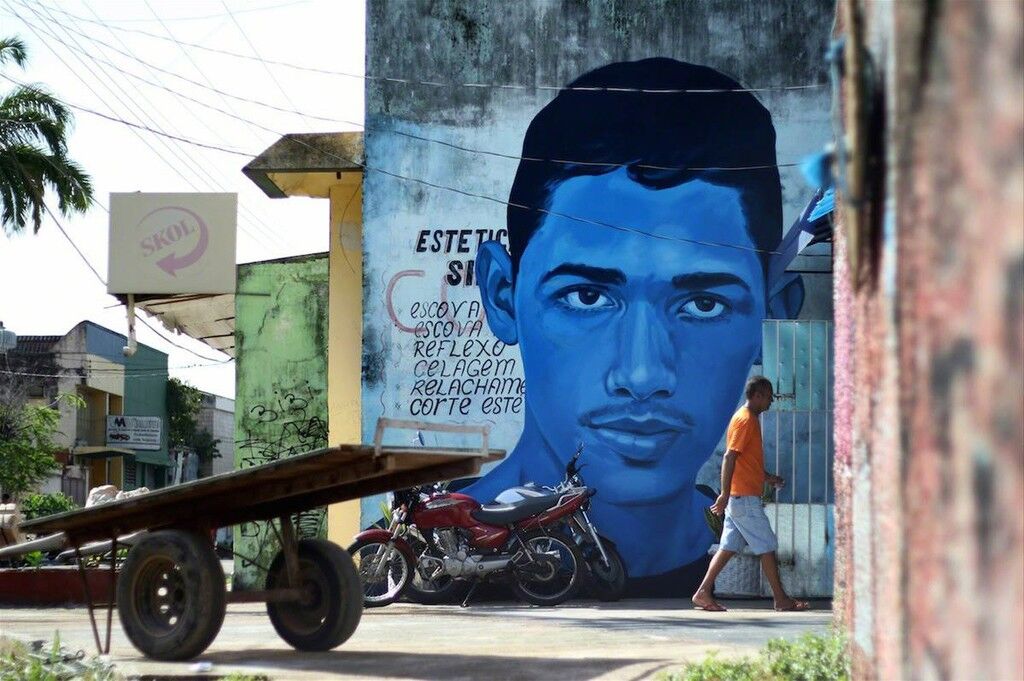 Éder Oliveira
Mural at Belém, Pará, Brazil., 2012
Blau Projects
Advertisement
The Amazonian street artist, hailed as an icon of the 2014 São Paulo Biennial, has garnered increasing international recognition in the last year. First shown at the biennial, Oliveira’s large mural depicting young mixed-race brazilians, faces plucked from newspaper crime pages, is an evocative and compassionate assertion of identity and strength. That work will be making a hard-to-miss appearance at ArtRio.

B. 1961, Ferros, BRAZIL. LIVES AND WORKS IN Belo Horizonte, BRAZIL.

ON VIEW AT ARTRIO: Mendes Wood 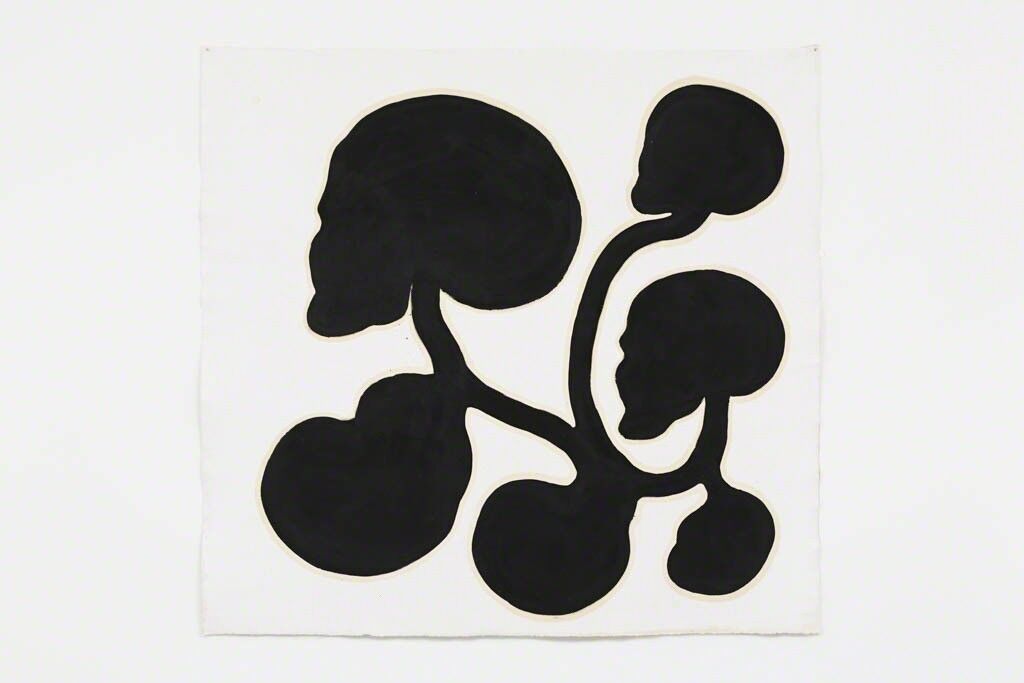 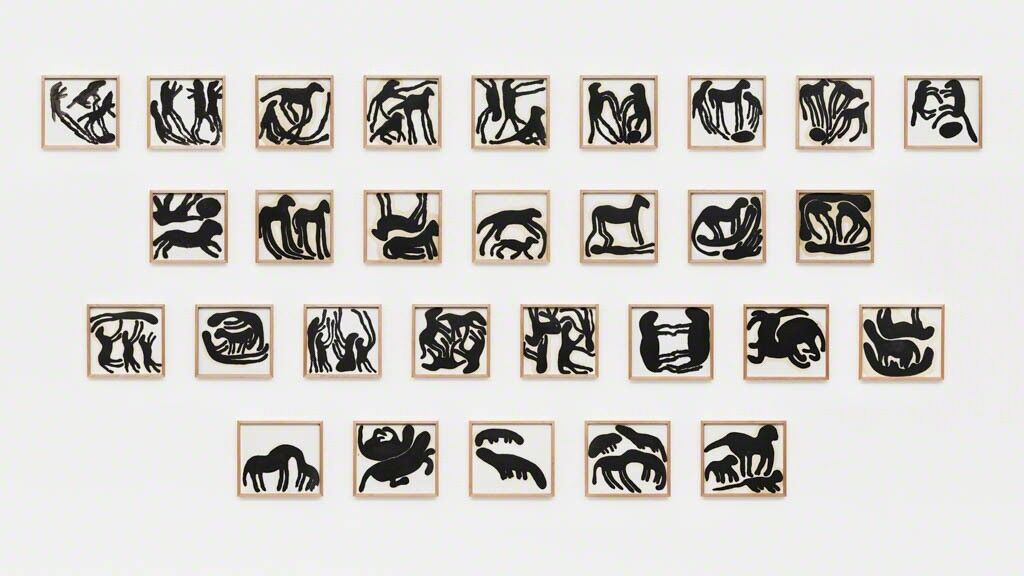 Solange Pessoa
Sem título, da série “De vez em quando os cavalos voltam”..., 2003
Mendes Wood DM
Over the course of a three-decade career, Pessoa’s work has been exhibited both across Brazil and internationally. The artist is known for traversing a range of mediums, and her recent, first solo exhibition at Mendes Wood DM featured both geometric sculpture and painted oil silhouettes that slinked across the canvas, their dark animal and human forms reminiscent of mythical ancient cave drawings that appear frozen upon the page yet just teetering on the brink of life. 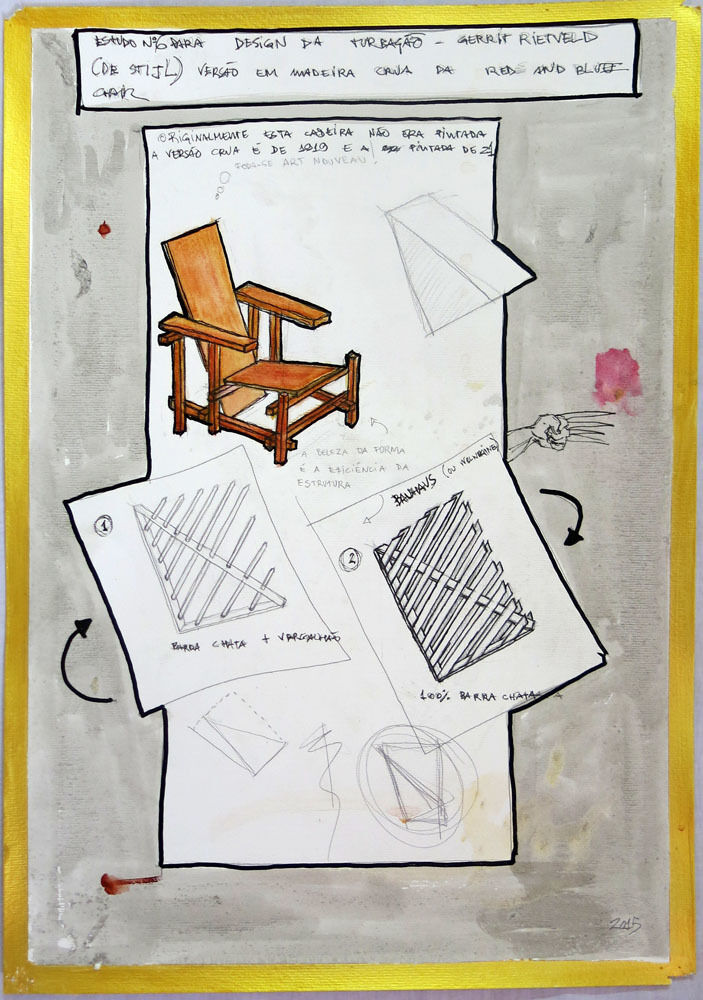 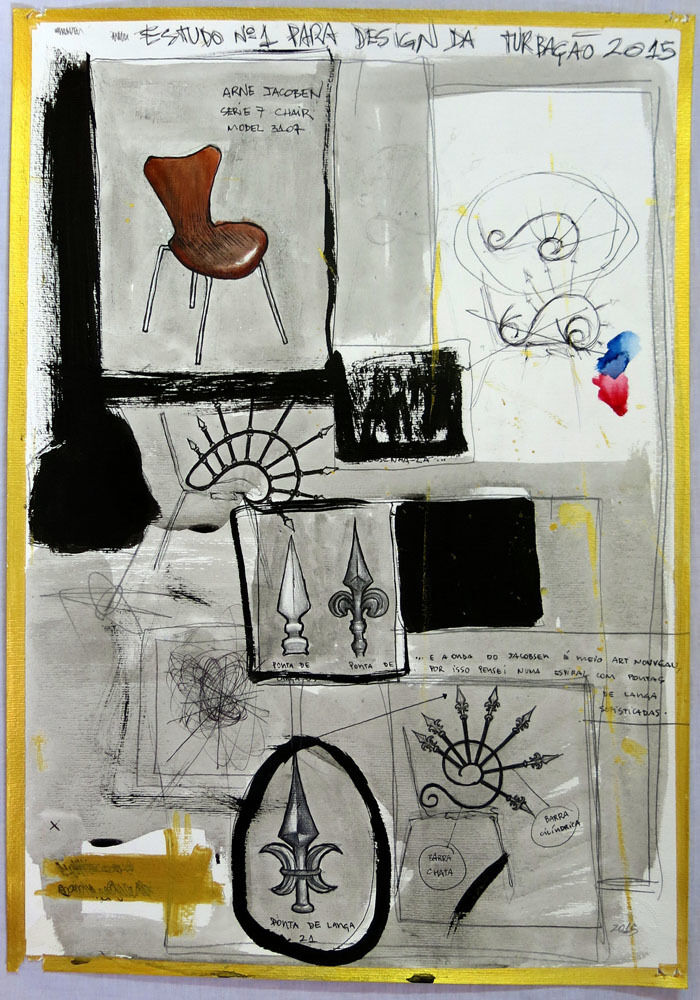 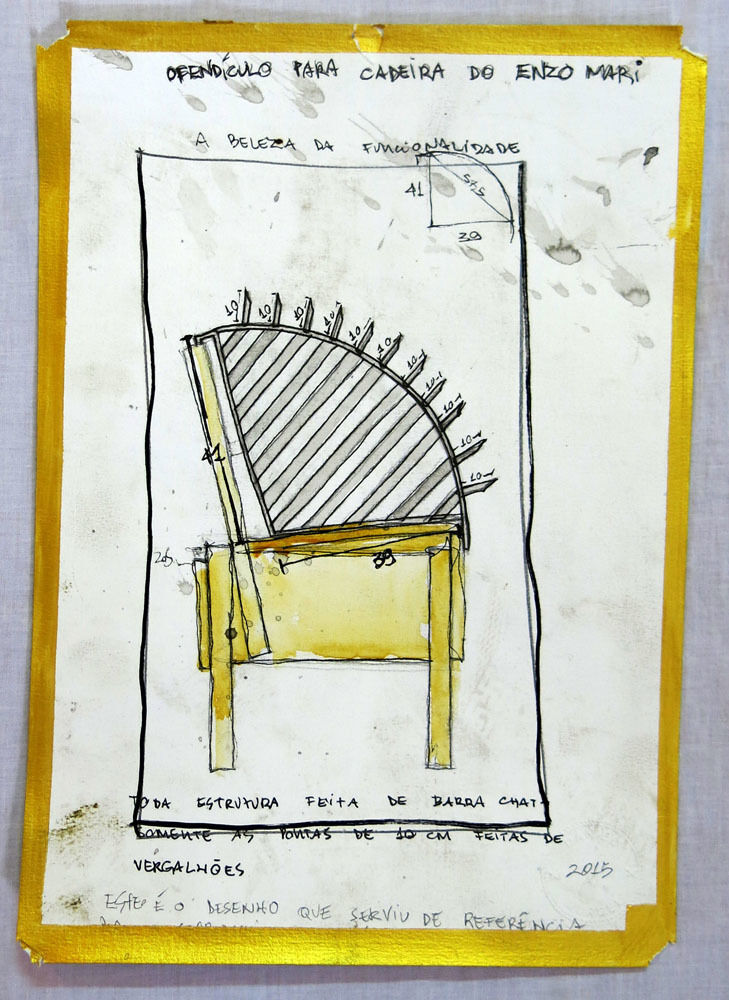 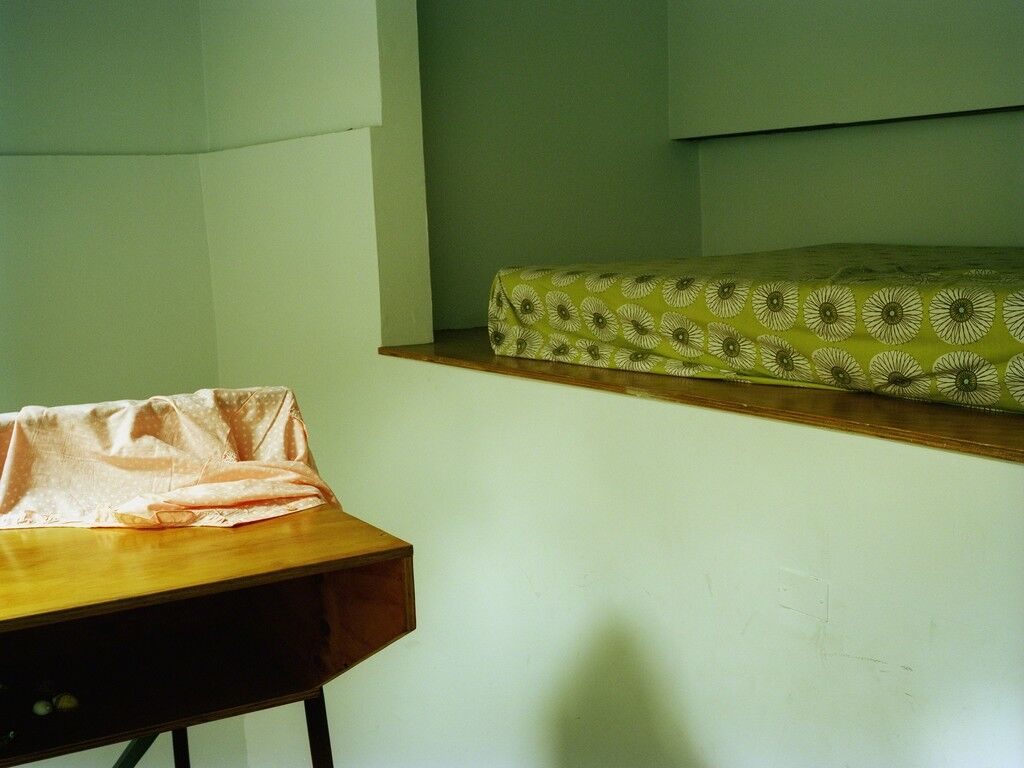 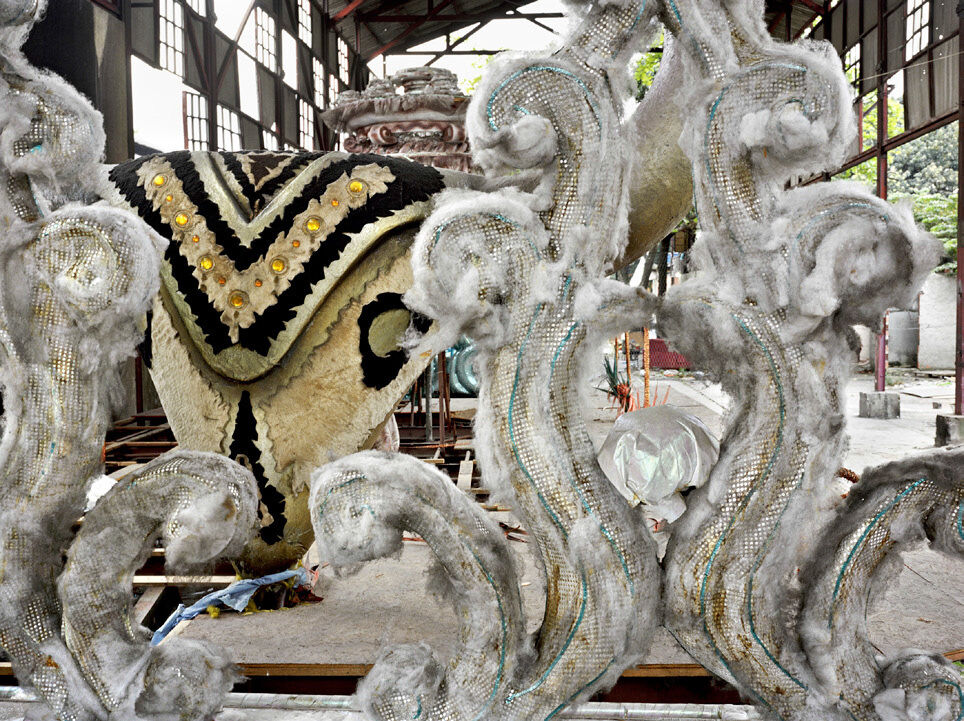 Luiza Baldan
Untitled (Carandiru series), 2009-2013
Anita Schwartz Galeria de Arte
Armed with a camera and a keen eye, Baldan, who has been nominated for three PIPA prizes, investigates the humanity and the politics of urban architecture with a quasi-journalistic curiosity. “On the road, in between spaces, I find myself amazed by how monotony can be broken by strangeness,” she has said. Her “Carandiru” series (2008-2013) captures the infamous, now-demolished Brazilian prison turned storage site, touching on how collective urban memory around built structures fades and forms. De Medeiros is a documentarian who uses the inherently pliable nature of reality and fiction to transcend and fracturing mainstream narratives of the world in which we live. Her series “Studio Butterfly” (2003-2015), which was previously included in the 27th São Paulo Biennial and images from which will be at ArtRio, is the result of complex but lasting relationships between de Medeiros and transvestites in Salvador. The series’s works are emblematic of the honest and powerfully human social consciousness that characterizes her practice.

on view at artrio: Athena Contemporânea 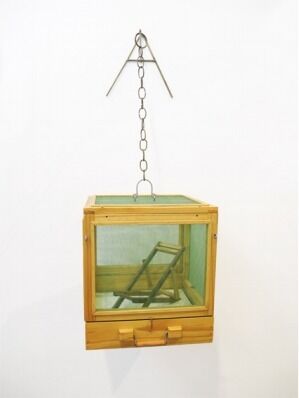 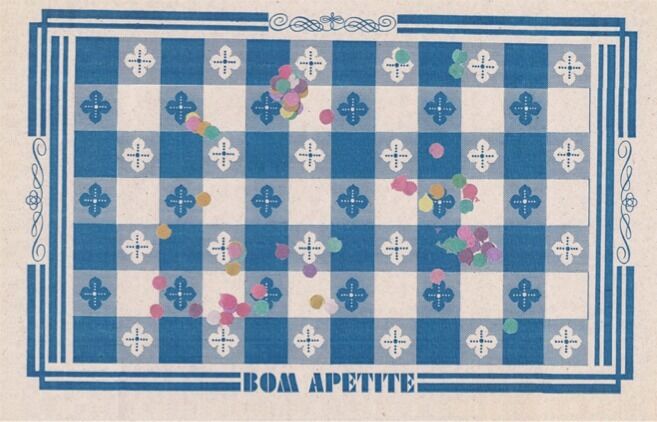 Débora Bolsoni
Bom Apetite, 2010
Athena Contemporânea
A graduate of London’s prestigious Saint Martin’s School of Art, where she studied drawing, Bolsoni has since expanded her practice to include sculptural pieces that incorporate sand, stone, and even household objects. Bolsoni has garnered growing national and international traction thanks to showings at the Modern Art Museum in Rio, as well as outings in Milan, Oslo, and recently at the LISTE art fair in Basel. Her works at ArtRio exemplify the subtle and enigmatic style that earned her a nomination for Brazil’s 2015 PIPA prize.

ON VIEW AT ARTRIO: SIM GALERIA

Through her photographs and video pieces, Pocztaruk creates works of haunting stillness that often comment on tumultuous political and cultural climates both in Brazil and farther afield. Devoid of people but teeming with mystery, the spaces she photographs are loaded with meaning. Although not at ArtRio, in her photograph of Beelitz Sanatorium in Germany, a drape floats quietly in a breeze, the trees just visible outside the window, as the viewer is left to imagine the history of the abandoned space. 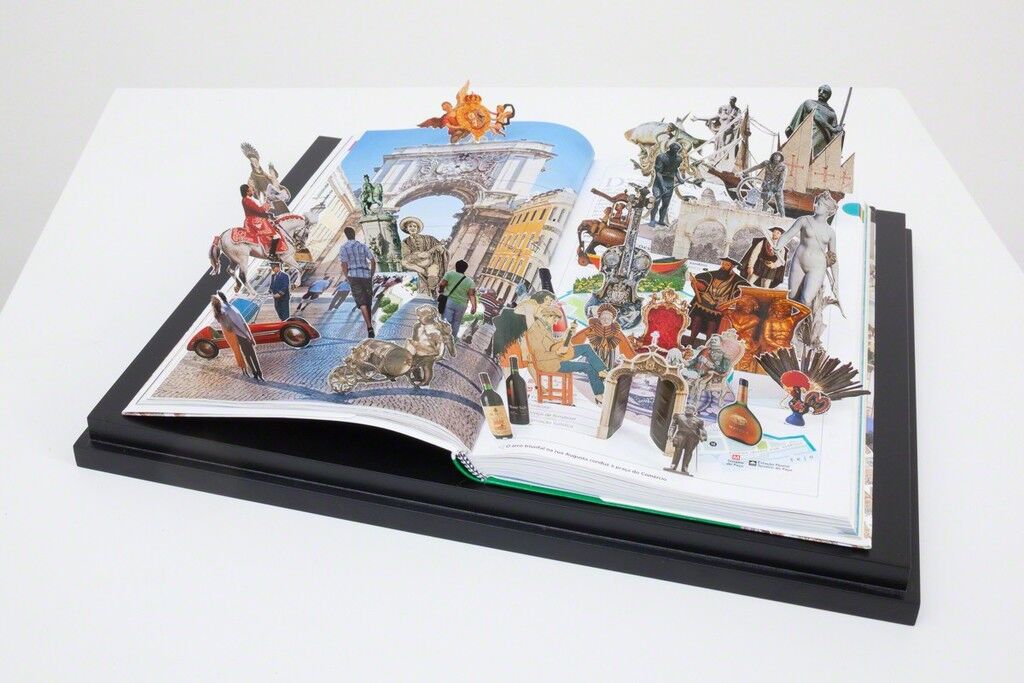 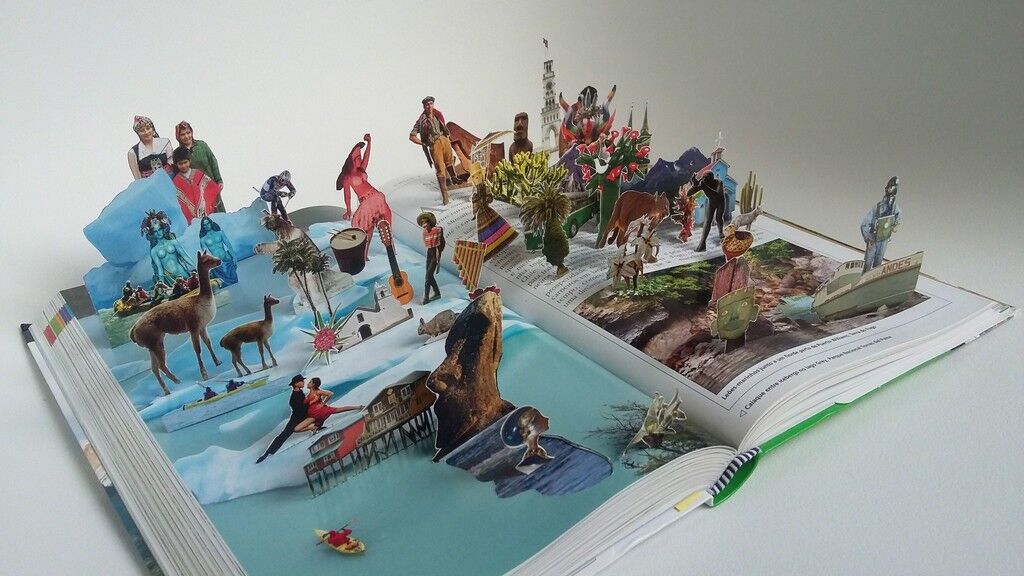 Daniel Escobar
Chile e Ilha de Páscoa 236-237 – série The World, 2015
Celma Albuquerque Galeria de Arte
Escobar, is interested in the ever-present visual manifestations of urban landscapes. In his captivating and charming series “The World” (2011-13), which will be on display at the fair, the artist appropriates images from advertisements, maps, and posters, among other found materials, arranging their figures in playful pop-up books. Through their arrangements of landmarks, animals, and human figures, these tableaus speak to the real basis from which their imagery was sourced, yet also eschew a prescribed narrative in favor of creating free-floating connections.

ON VIEW AT ARTRIO: Raquel Arnaud 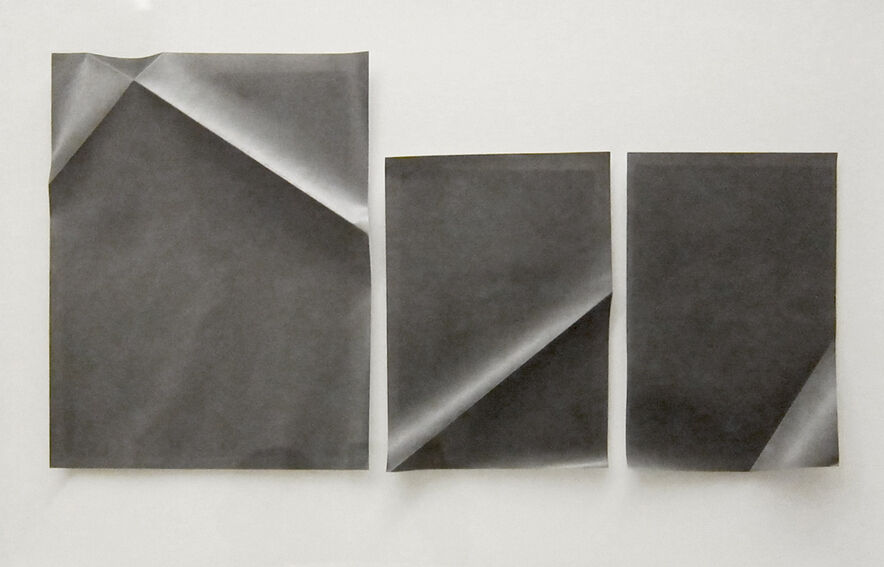 Carla Chaim
Quebra G III, 2014
Galeria Raquel Arnaud
Chaim engages with Brazilian geometric and constructivist art, which, like many South American movements, is often overlooked by the standard Western art historical cannon. Chaim’s use of folds and form has been likened to that of the great Brazilian sculptor
Amilcar de Castro
. Her work employs the body, materiality, and geometry to abstractly address familiar yet often unnoticed occurrences, such as the everyday experience of how a body interacts, alters, and generally moves through the world. 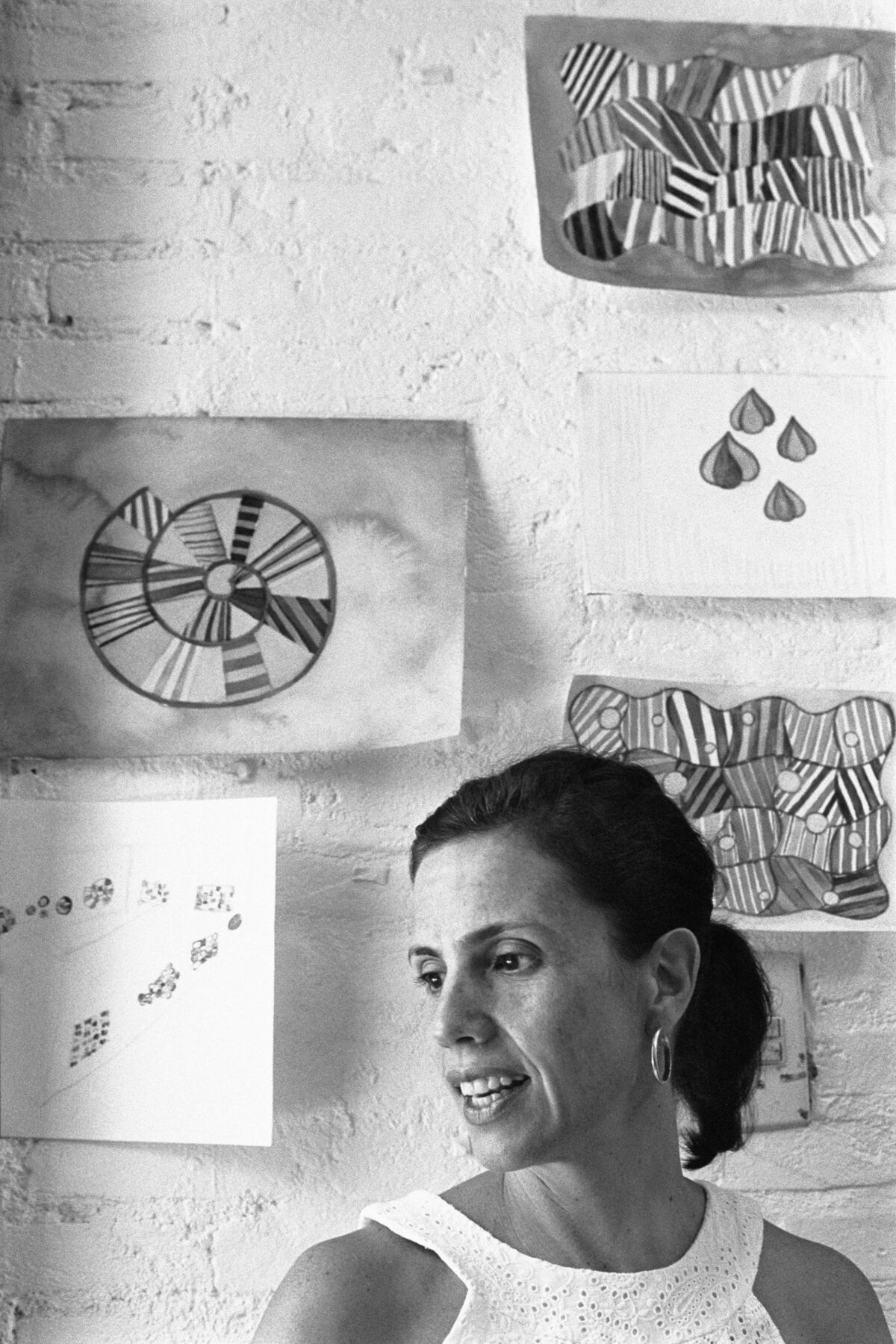 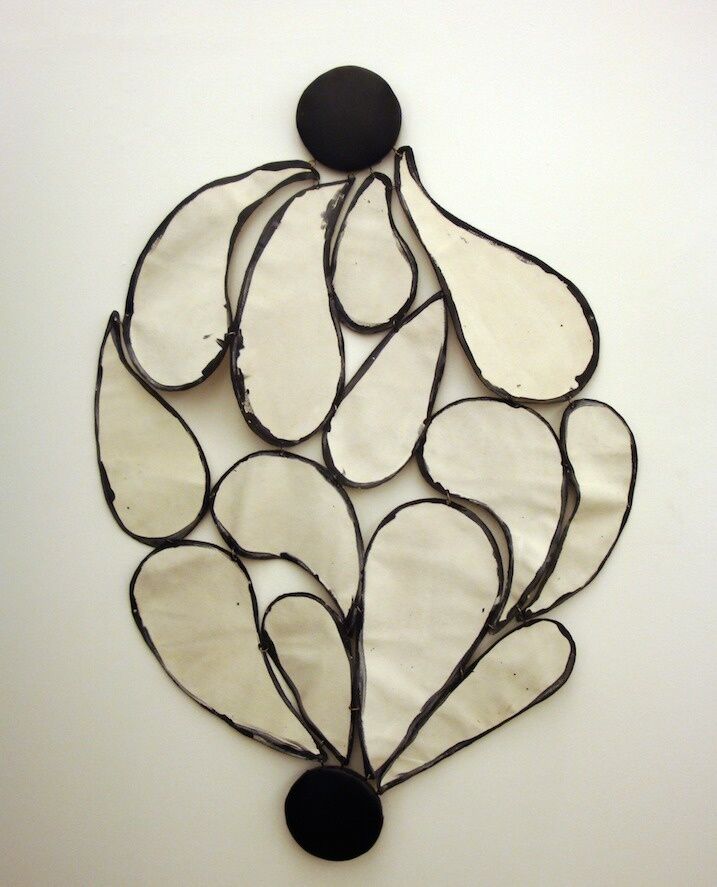 Catunda is one of the older artists on this list. Her collages having been exhibited across the Americas, from Argentina to Aspen, Brazil to New York. Vibrant in color, the works layer various textures, often incorporating fabric that drips off the gallery wall. The circular shapes and twisting forms have a biological quality, resembling images from a lighthearted botanical book depicting flora from another world.

ON VIEW AT ARTRIO: Zipper Galeria 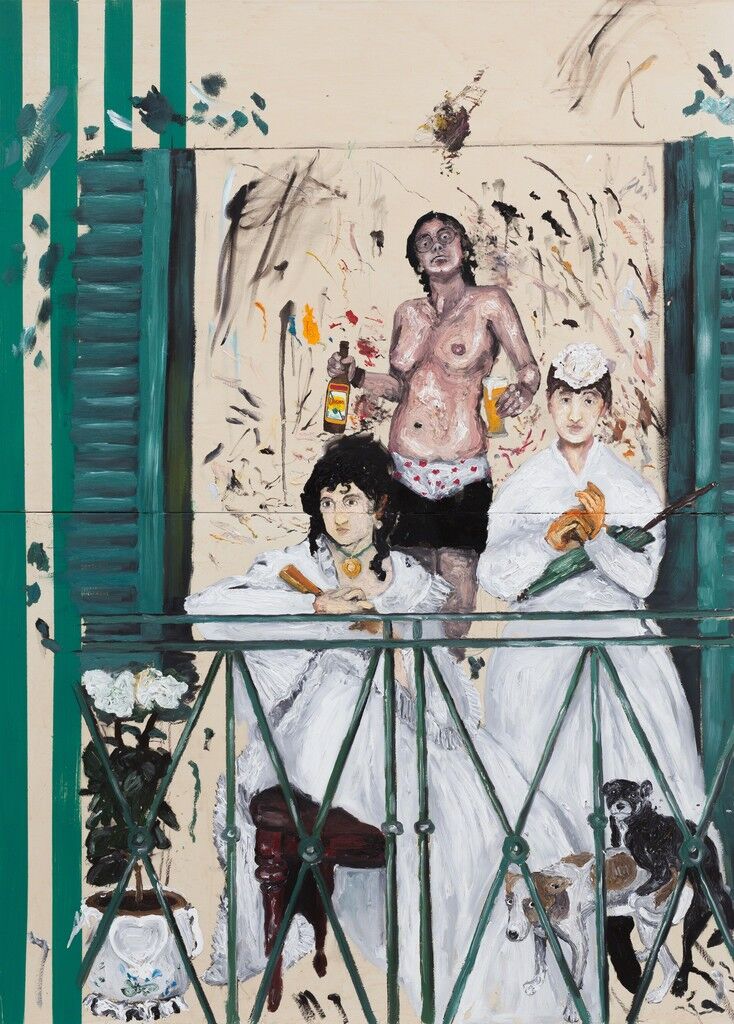 Camila Soato
Homerus Brutus 16, 2014
Zipper Galeria
Soato likes mischief, bringing its sexual, political, and personal aspects to bear in fervent, quasi-narrative oil paintings that won her the PIPA prize’s popular vote in 2013. Though she dips into a figurative and narrative tradition, she’s not afraid to poke fun at that very same history. In Cafajestes (2015), Soato riffs on Manet’s The Balcony (1868), adding to that stately scene, among other things, a fornicating monkey and dog, and a topless lady clutching a beer. The result is characteristic of Soato’s practice—energetic, humorous, and utterly engrossing.

ON VIEW AT ARTRIO: Galeria Millan 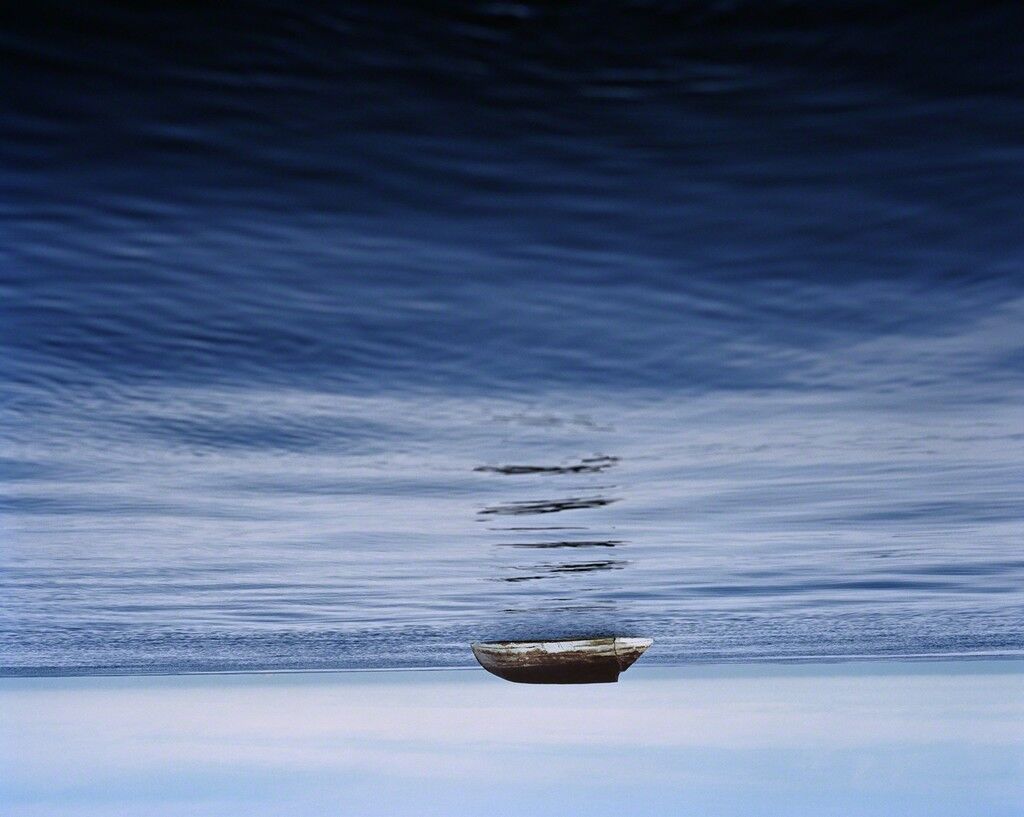 Thiago Rocha Pitta
Atlas/Oceano, 2014
Galeria Millan
After exhibitions across Europe and in Brazil, last spring Pitta made his U.S. solo debut at Marianne Boesky in New York with a series of videos that captured the visceral textures and subtle movements of his native Brazil’s landscape. Pitta’s multimedia body of work explores decay and transformation through meditative, detailed representations (and rearrangements) of nature’s elements: rock, water, and air. A captivating still from Atlas/Oceano (2014), Pitta’s equally engrossing short film that screened at the Seattle Art Museum in June, will be available at ArtRio.
Isaac Kaplan is an Associate Editor at Artsy.
Explore ArtRio 2015 on Artsy.
Related Stories