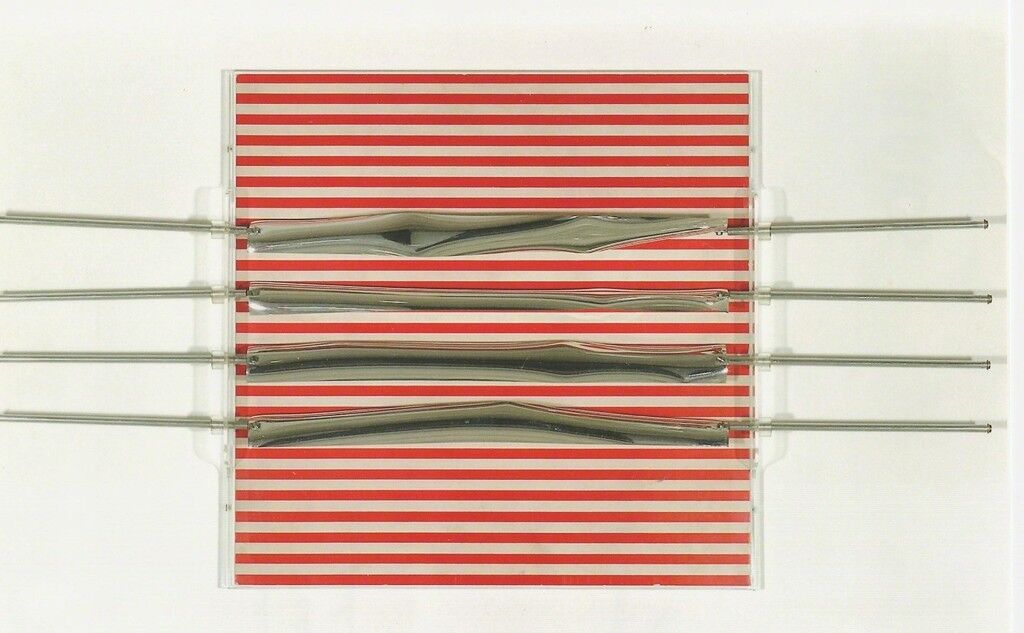 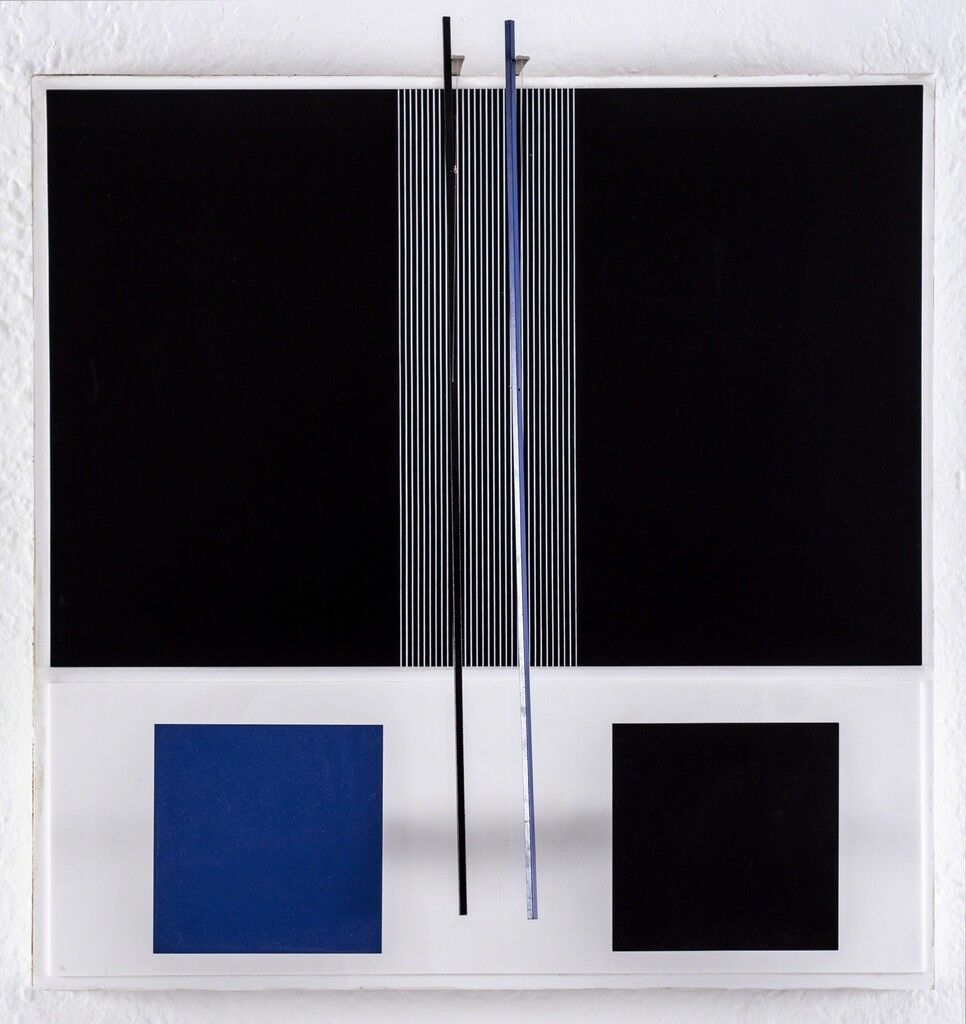 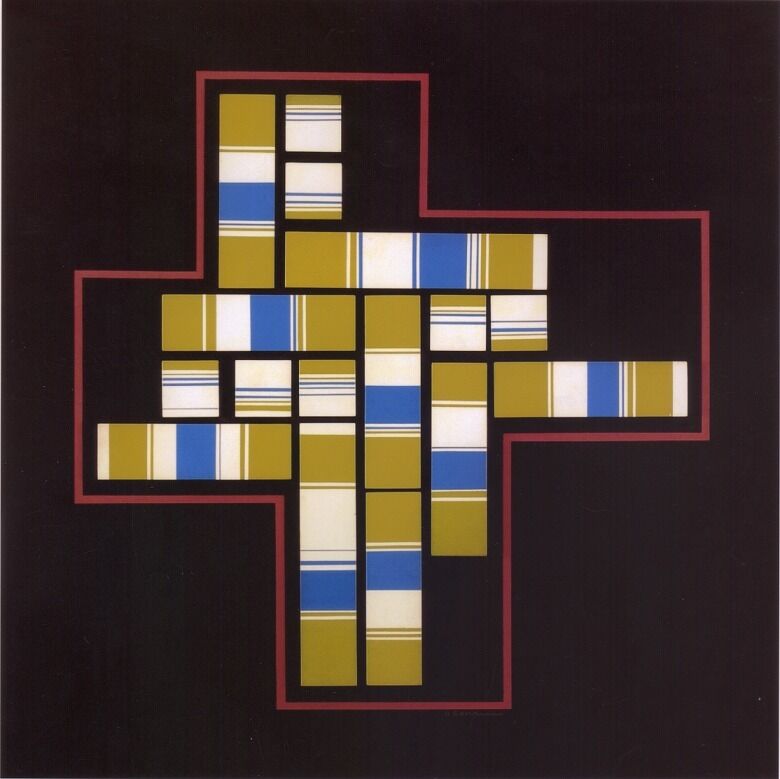 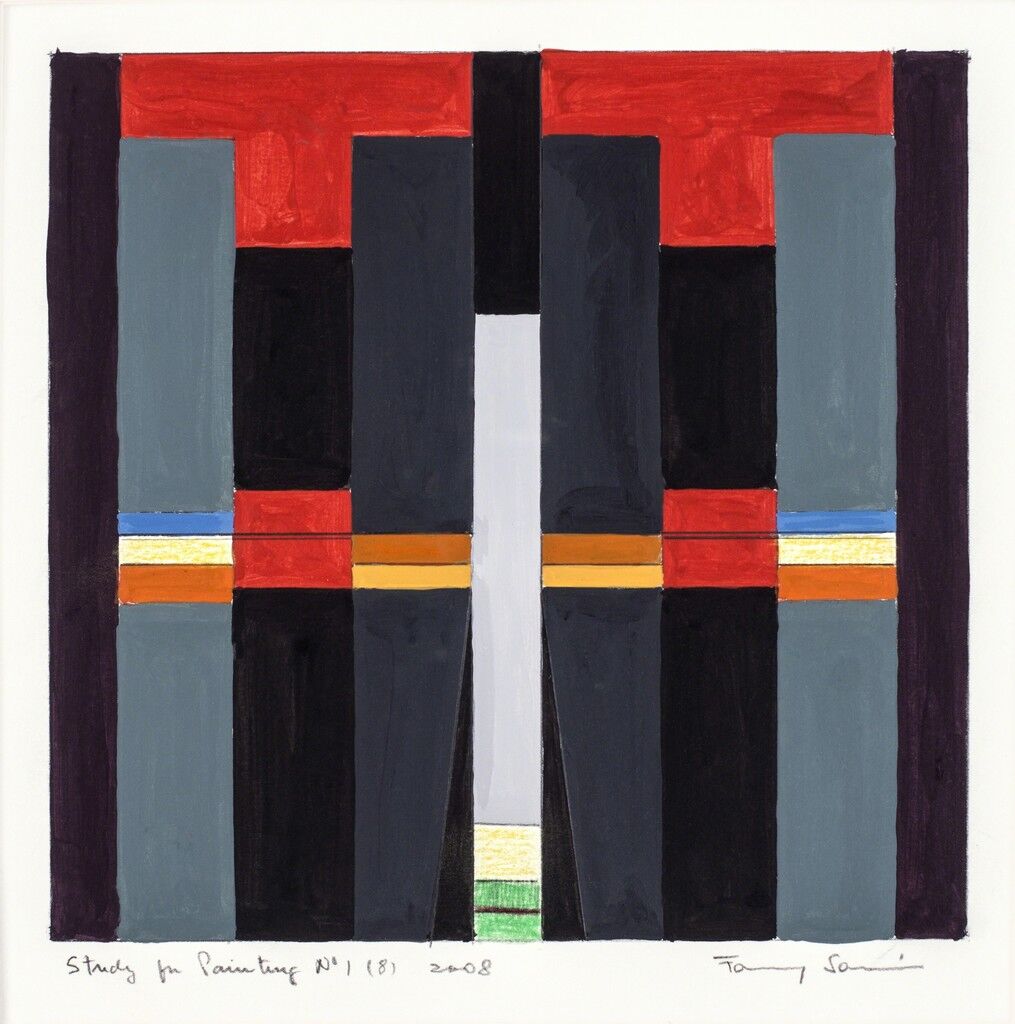 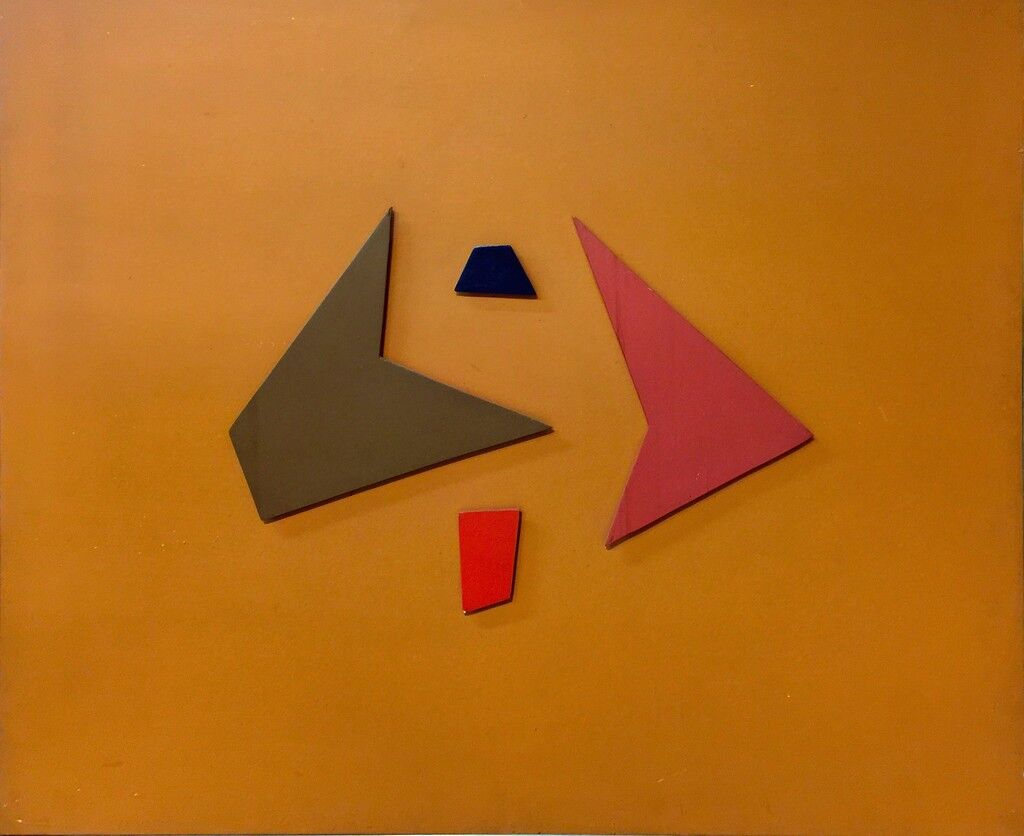 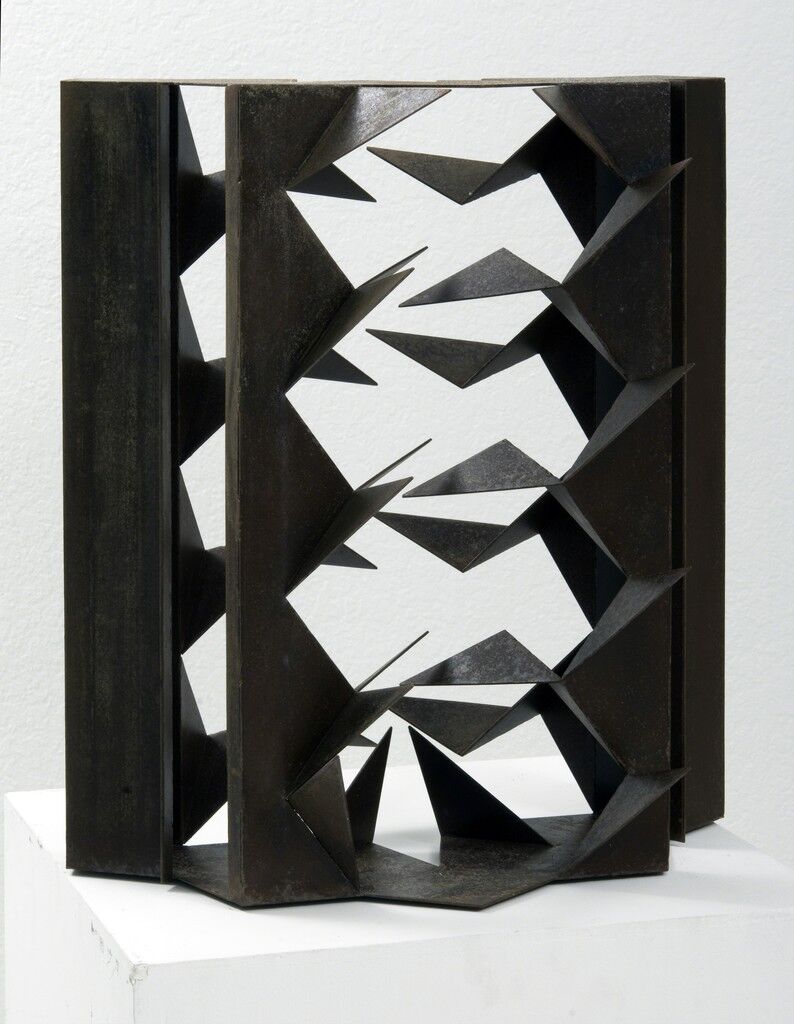 Eduardo Ramírez -Villamizar
Manto Emplumado, 1988
Durban Segnini Gallery
What Arden Quin and Košice had in common is the same thing that unites all 15 of the artists featured here. As the show’s curator Dennys Matos points out, each of them was interested in both geometry and abstraction—organizing spaces, joining planes in harmony, designing a world, so to speak. But the worlds these artists actually inhabited were, in many cases, far from organized.
They hail from countries that have periodically endured tumultuous governments and stalling economies, or, as Matos puts it, “a model where nations and the creation of democratic systems fail due to the contradictions of an unresolved postcolonial history and the vertiginous growth of capitalism.” Stability and smart design have been anomalies, not the norm, he writes, using an apt metaphor to describe the reality of living in much of Latin America in the mid- to late 20th century: “the ‘lightning bolts’ of democracy and the ‘blackouts’ of failed totalitarian utopias.” 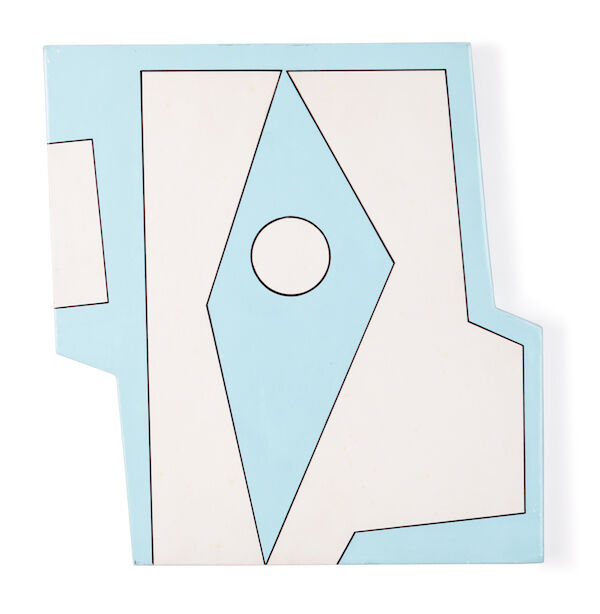 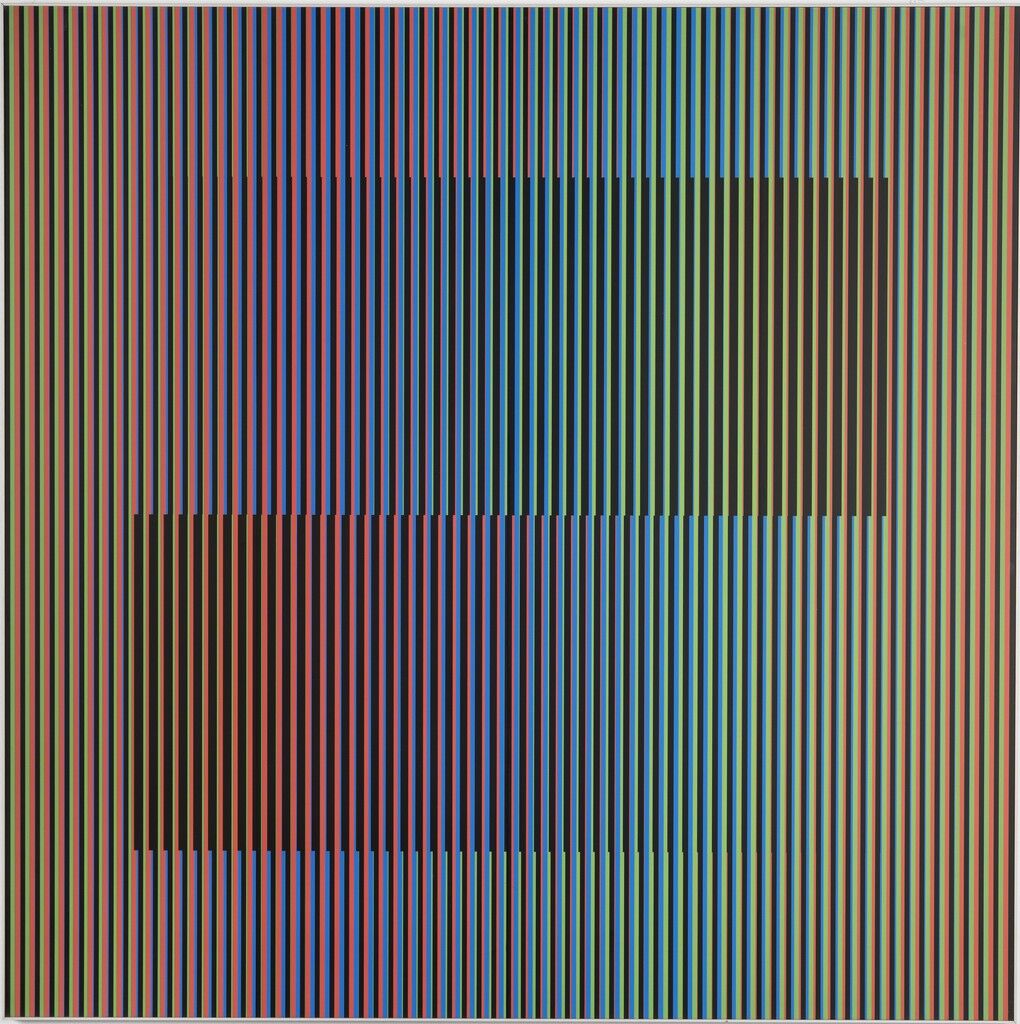 Carlos Cruz-Diez
Inducción Cromática Allison, 2012
Durban Segnini Gallery
Advertisement
The works featured in “Abstraction and Constructivism,” then, might be seen as moving against the cultural current. There’s Arden Quin’s cool and minimalist Losange Bleu (1952) and Carreno’s Elan A (1992–93), whose shapes are vaguely reminiscent of a board game or an early video game. And then there are Raul Lozza’s oil-on-wood paintings, which look very much of their time—the ’70s and ’80s—and Cruz-Diez’s half-psychedelic, half-futuristic Inducción Cromática Allison (2012).
The exhibition covers the better part of a century and represents a wide swath of Latin America. But when the works are displayed together, it becomes clear what they have in common: the artists’ shared impulse to build their genre, despite the often difficult circumstances that surrounded their everyday lives. Perhaps, in the end, the region’s troubles pushed geometric abstraction to what it is today.
—Bridget Gleeson
“Abstraction and Constructivism. Continuity and Breakdown of Latin American Modernity” is on view at Durban Segnini Gallery, Miami, Jul. 10–Oct. 11, 2015.
Follow Durban Segnini Gallery on Artsy.
Related Stories