15 New York Shows You Need to See This February

Casey Lesser
Jan 30, 2017 7:06pm
From the chocolate sculptures of Congolese plantation workers to mythical cast bronze sculptures by
Wangechi Mutu
, these 15 shows at New York art galleries and institutions this February challenge us to rethink art-historical narratives and expose us to fresh work by both lesser-known and widely celebrated artists.

Though the acclaimed German artist has been prominently featured at major institutions worldwide for the past decade—recently her installations have been shown at the 56th Venice Biennale, the Garage Museum of Contemporary Art, and MoMA PS1’s summer exhibition in the Rockaways—she’s only now being shown in her first solo gallery exhibition in New York.
Grosse
’s show includes large-scale paintings created over the past year, done in her signature brilliant palette and spray-painted technique, as well as a monumental sculpture. 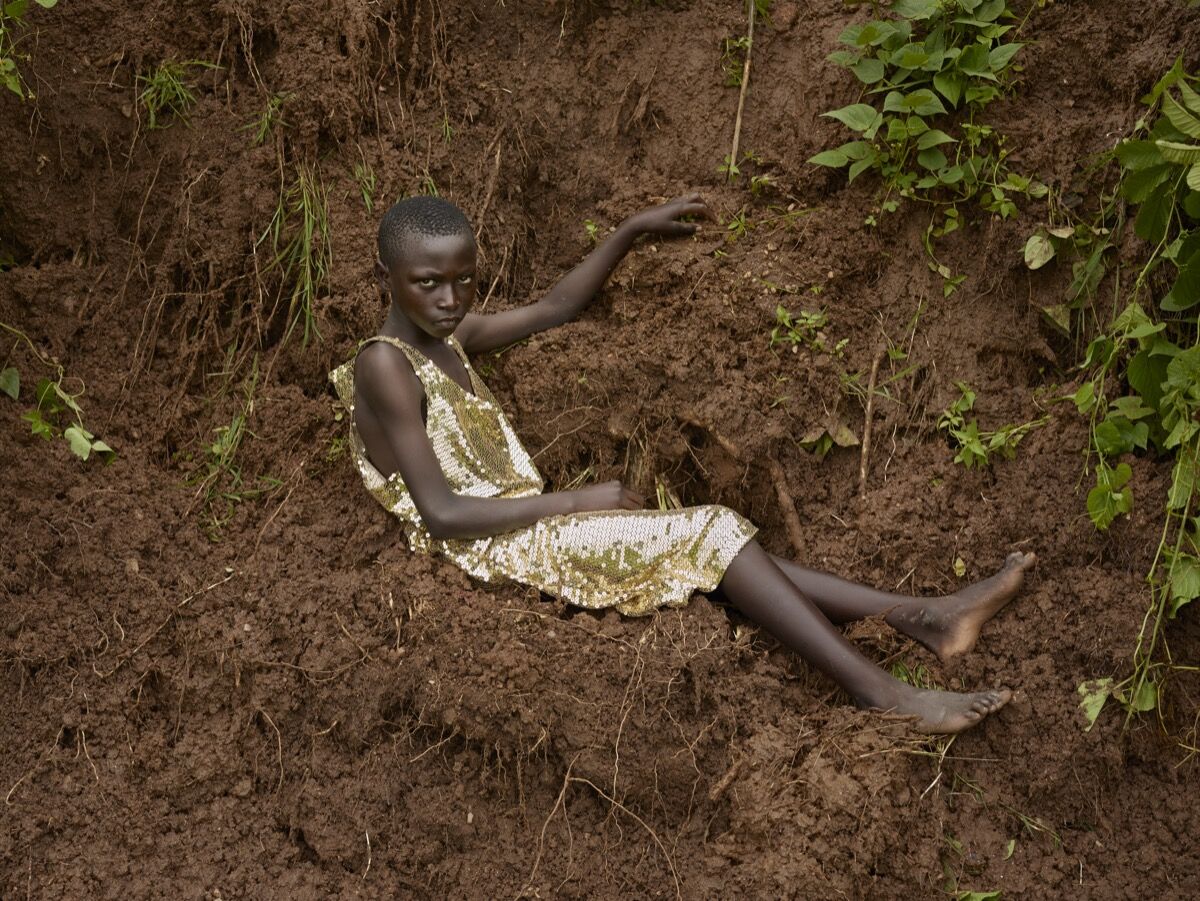 Advertisement
The South African artist shows his recent series “1994,” which documents children born after that year—a year which saw the Rwandan genocide and the end of apartheid in South Africa. Long interested in the generations of young people growing up in the two countries,
Hugo
chose to portray his subjects in natural landscapes, often dressed in whimsical attire, reflecting on the idealistic narratives of their upbringing.

Marisa Merz at The Met Breuer 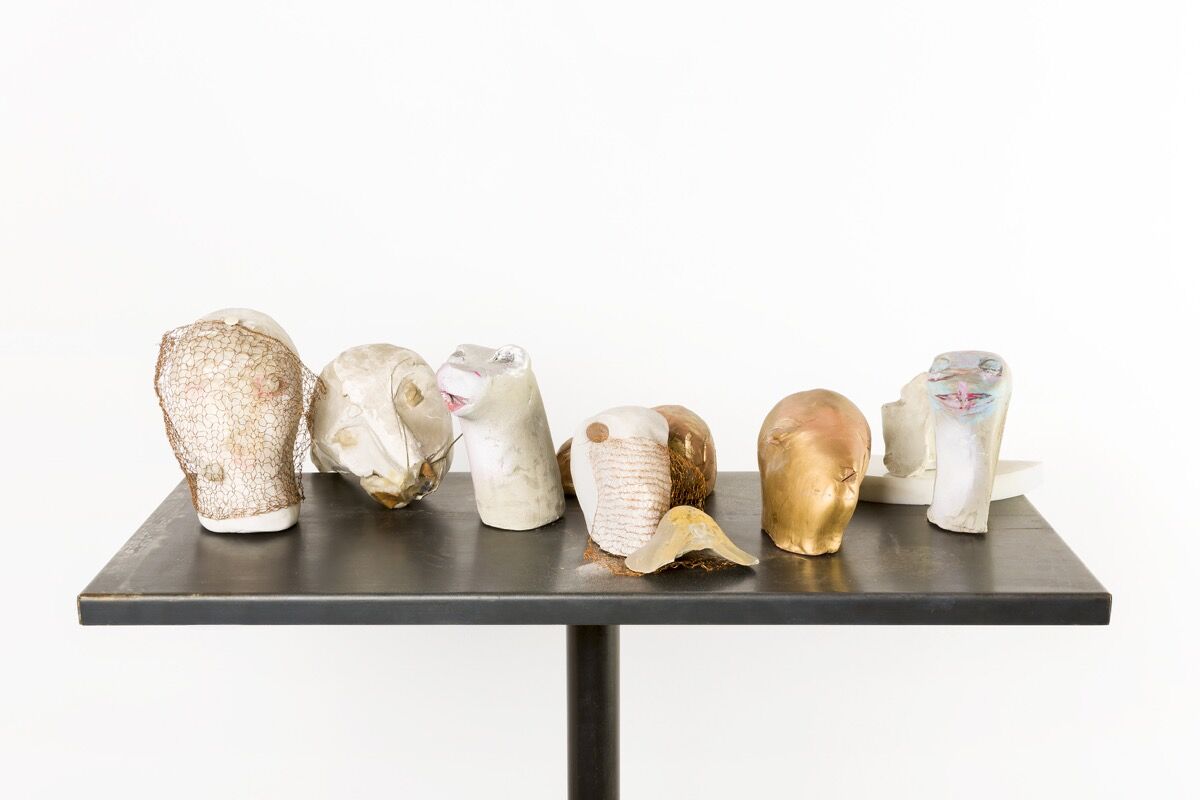 The first large-scale retrospective of
Merz
’s work in the U.S., “The Sky Is a Great Place” looks at the Italian artist’s influential and expansive five-decade-long career. While Merz is often referred to as the only woman to figure prominently in the
Arte Povera
movement, this exhibition furthers her narrative, serving to prove her formidable talent and imaginative approach to subject matter and material. 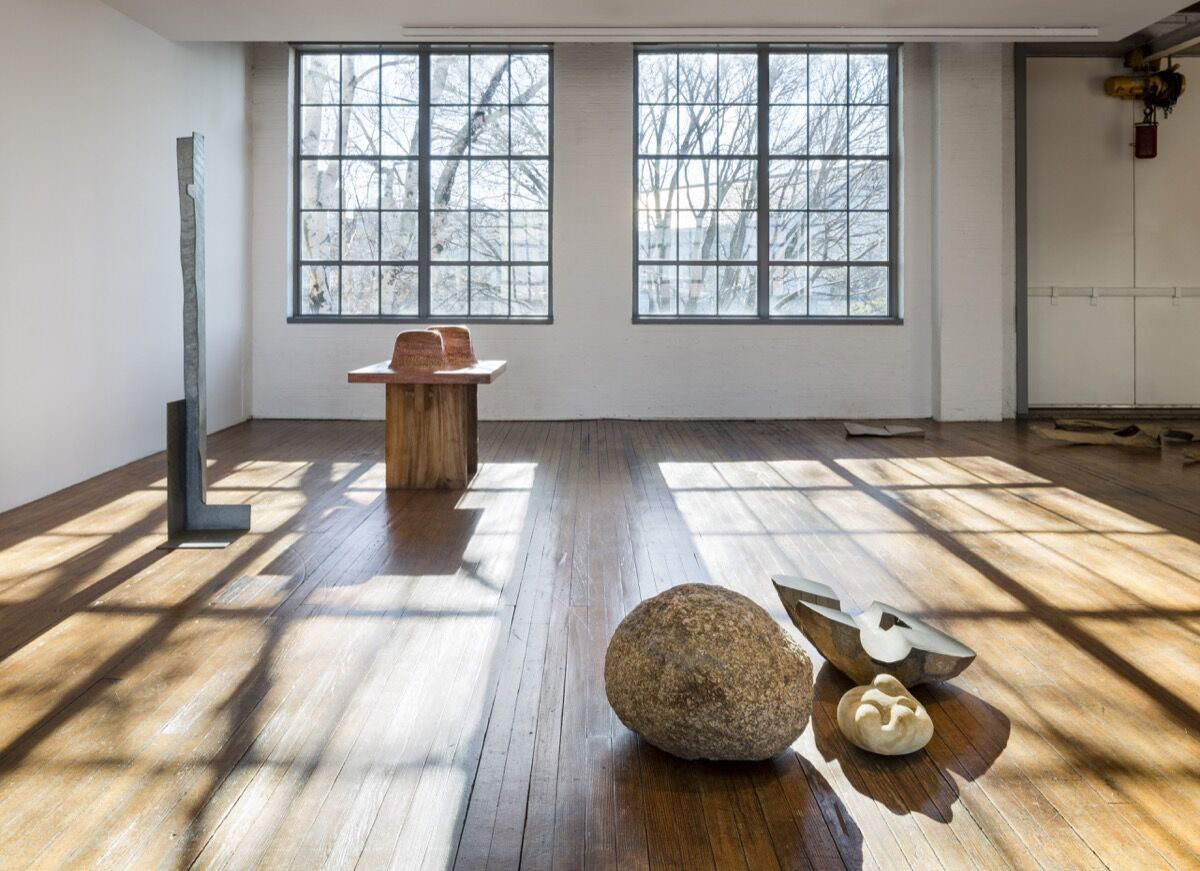 This show explores the seven-month period in 1942 that
Noguchi
spent at Poston War Relocation Center, an internment camp in Arizona, where Japanese and Japanese-American citizens of the Western United States were sent after Pearl Harbor. Eager to contribute to this oppressed community, Noguchi, who was a New York resident at the time, chose to be interned voluntarily. The show brings together work from before, during, and after this time. 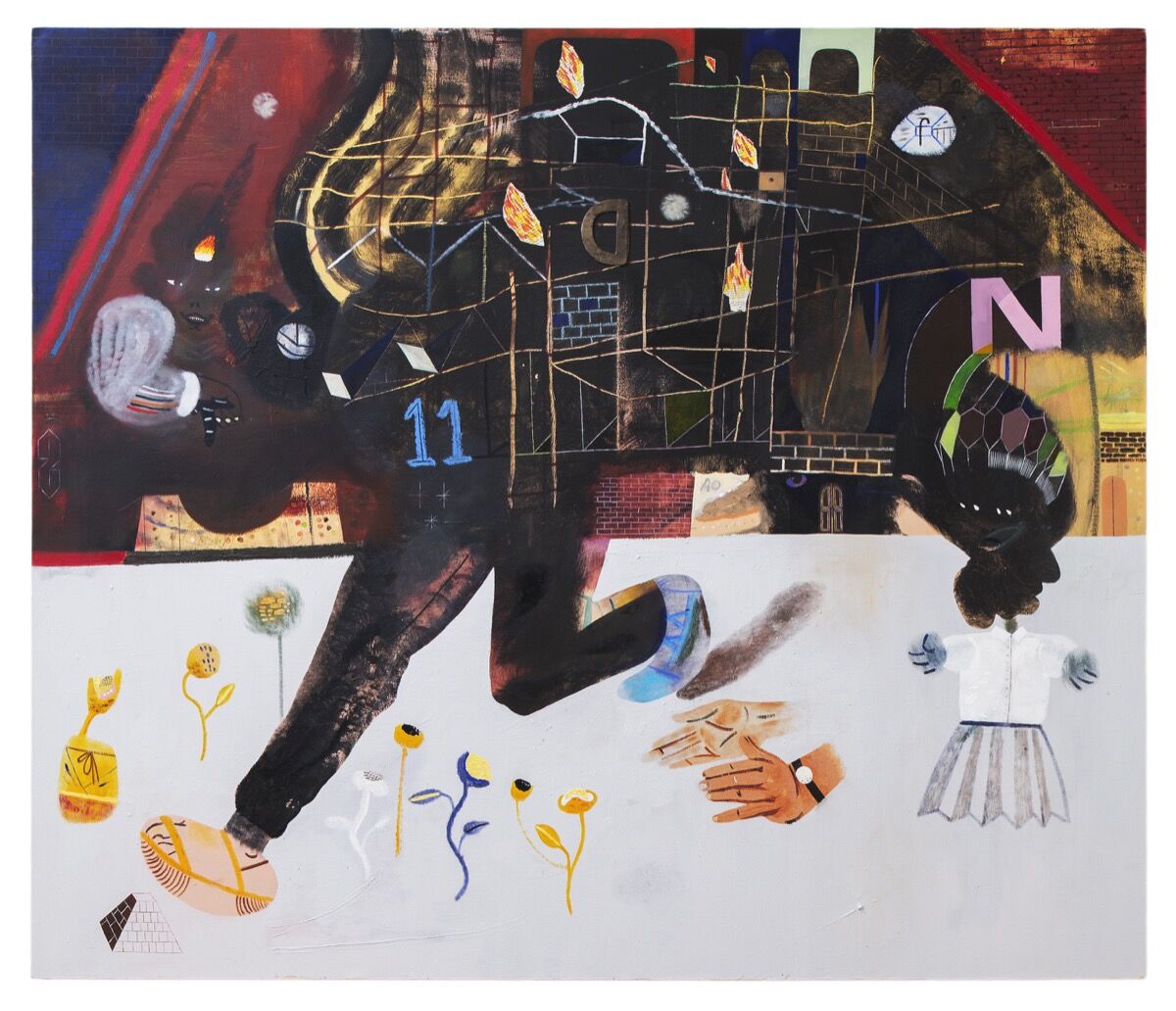 The first exhibition in the gallery’s new initiative to give exposure to emerging artists, this show helmed by independent curator Ossei-Mensah brings together the works of four artists based in Harlem and the South Bronx:
Derek Fordjour
, Emily Henretta, Lucia Hierro, and Kenny Rivero. With experimental and innovative approaches in common, the artists address various themes—from personal experience to topics like the environment—and work in mediums including sculpture, works on paper, and collage. 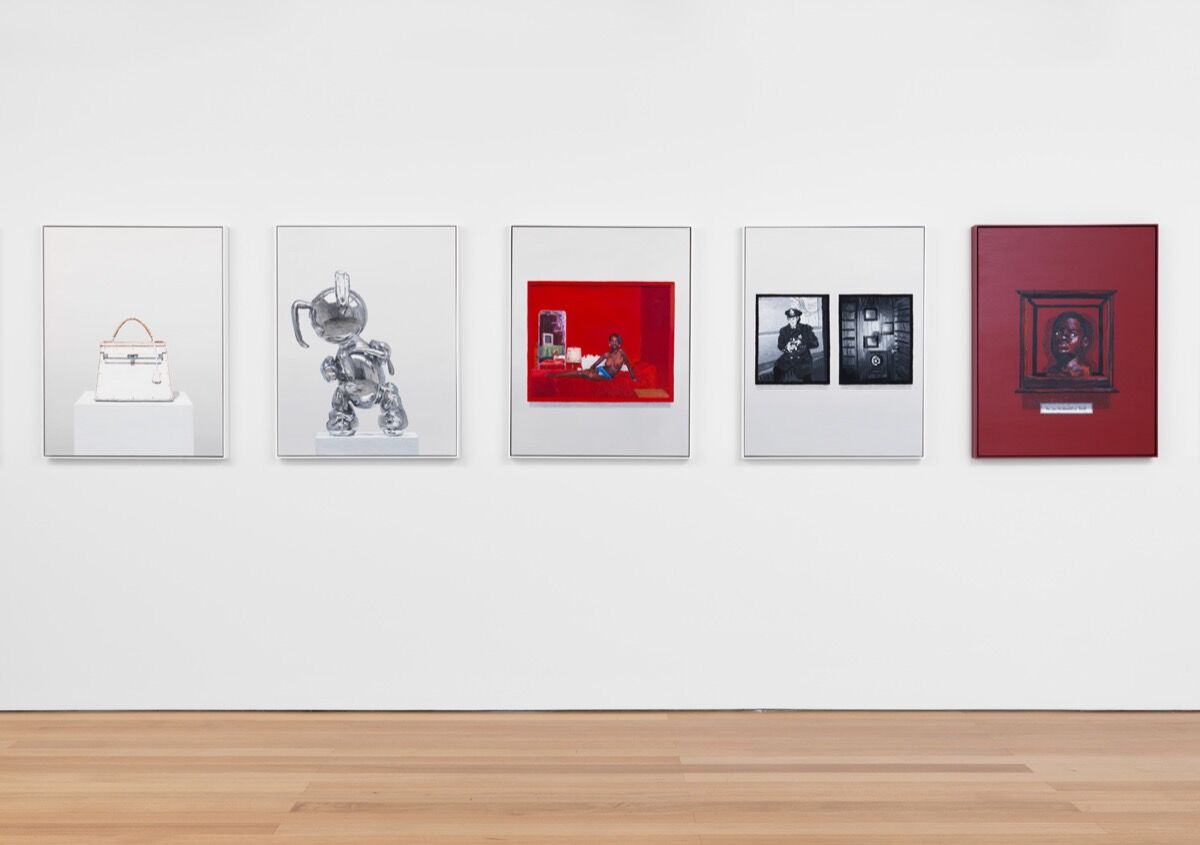 Installation view of “Cynthia Daignault: There is nothing I could say that I haven’t thought before” at the FLAG Art Foundation, 2017. Photo by Object Studies.

For her series “There is nothing I could say that I haven’t thought before,”
Daignault
reached out to dozens of fellow artists to request that they share a JPEG of one of their artworks for her to reproduce in a painting. She now shows the group of 36 paintings, which faithfully portray the works of artists from
Jeff Koons
to
Sara Cwynar
, while playing with ideas of appropriation, collaboration, agency, and exchange. 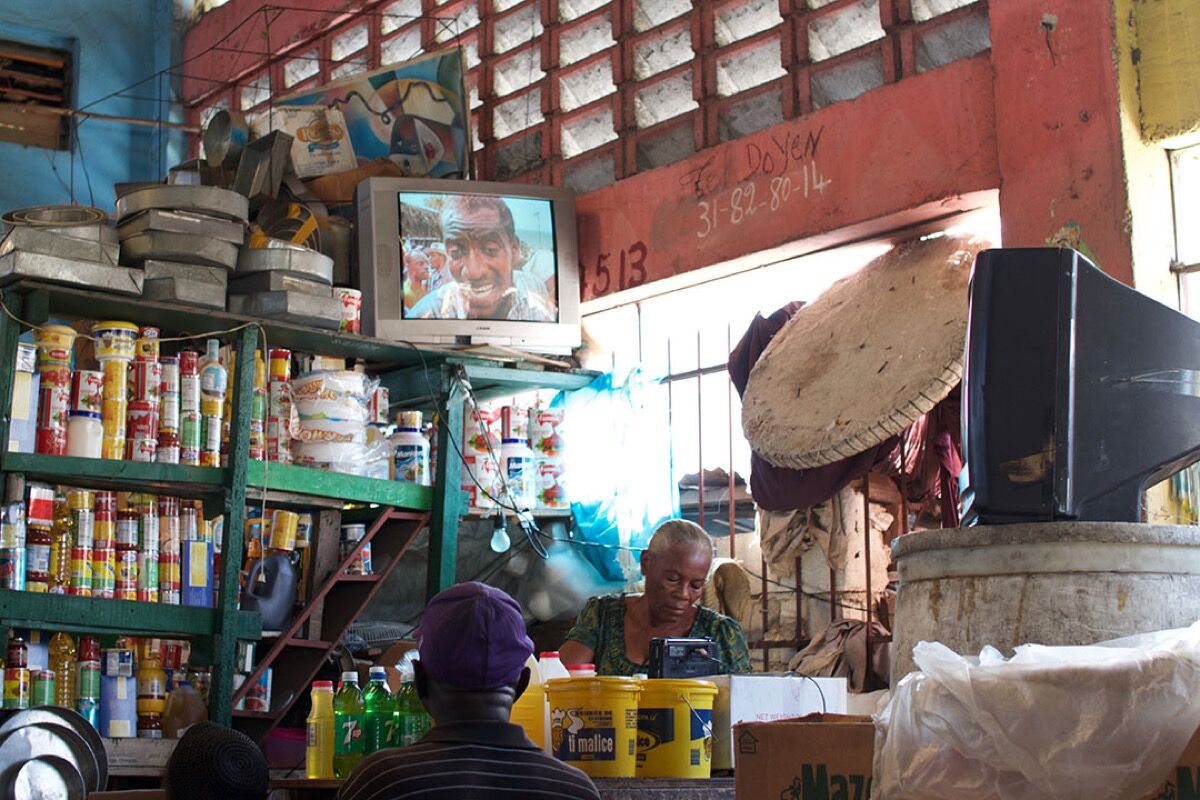 The esteemed Puerto Rican filmmaker and video artist shows her exhibition “A Universe of Fragile Mirrors” in New York, following its exhibition at the Pérez Art Museum Miami last year. The films on view are
Santiago Muñoz
’s own portrayal of post-colonial realities among communities in the Caribbean, with a focus on people and public sites in Puerto Rico and Haiti. 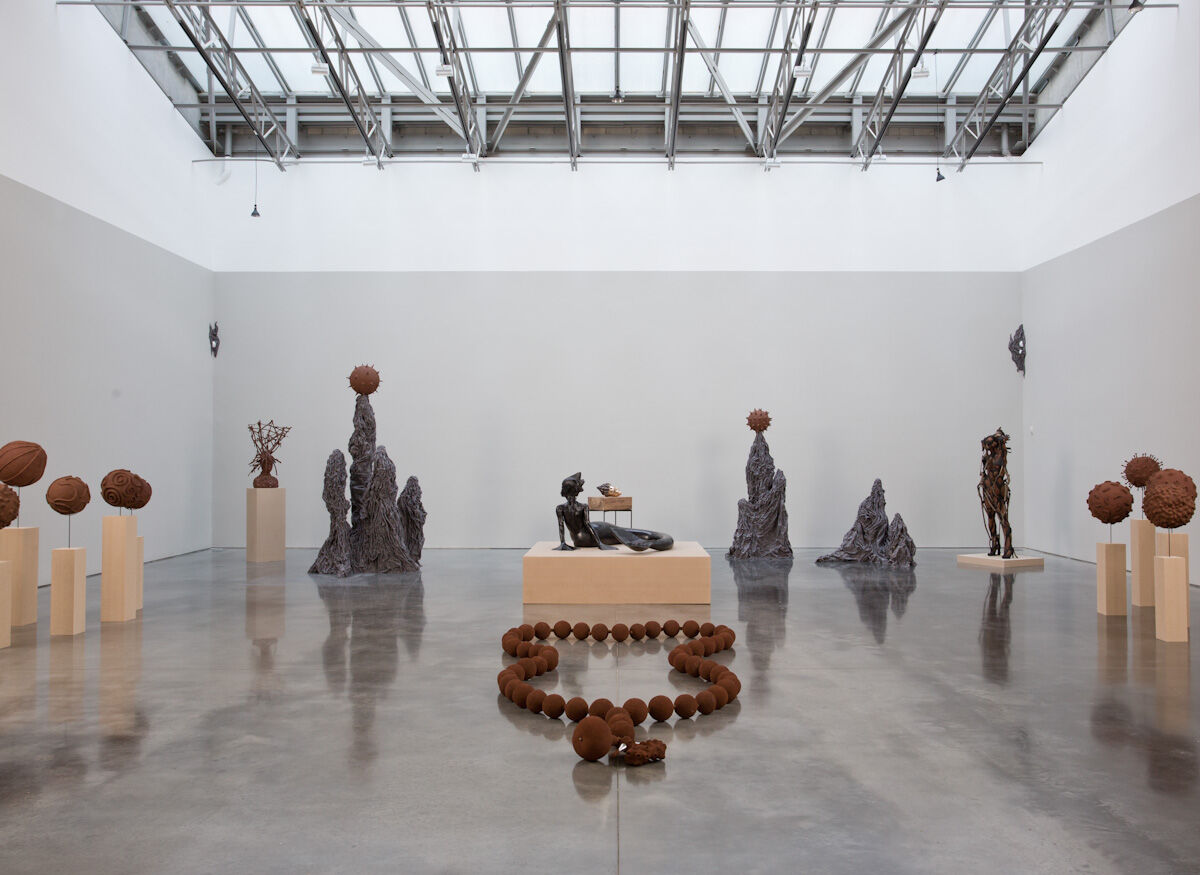 Installation view of Wangechi Mutu at Galdstone Gallery, courtesy of the gallery.

Titled “Ndoro Na Miti,” which means “mud and trees” in Gikuyu, Mutu’s new show is created in part with dirt and plant life culled from around her Brooklyn studio. Works on view build upon the artist’s investigations into representations of self, and speak to the interactions between humans and nature. Highlights include a large-scale bronze sculpture of nguva, a mermaid-like figure from East African folklore.

“Perpetual Revolution: The Image and Social Change” at ICP Museum 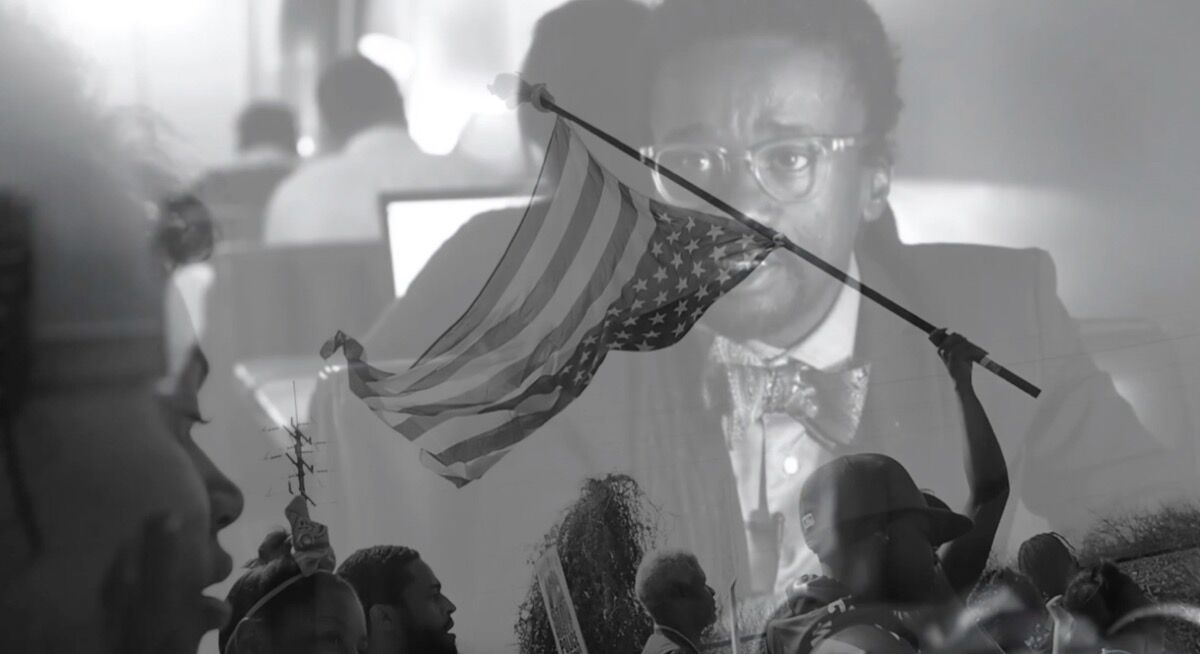 Focused on six major issues of recent years that have been widely represented via visual culture, this show explores how photographs have captured “#BlackLivesMatter, gender fluidity, climate change, terrorist propaganda, the right-wing fringe and the 2016 election, and the refugee crisis.” The works featured—like footage from social media feeds referencing the shooting of Michael Brown or a YouTube video of a splitting glacier—draw attention to the way that images can incite political and social dialogue and action.

“Fast Forward: Painting from the 1980s” at The Whitney Museum of American Art

Work from “Fast Forward: Painting from the 1980s” at The Whitney. Image courtesy of The Whitney.

The Whitney has dug into its collection of American art from the ’80s to represent the prominent role that painting played during that era, as a medium for experimentation as well as communication. With a particular focus on New York’s legendary downtown scene of the ’80s, with works by
Jean-Michel Basquiat
and
Keith Haring
, the show represents the salient social and political issues of that time, as well as the ways artists were using abstraction and
appropriation
. 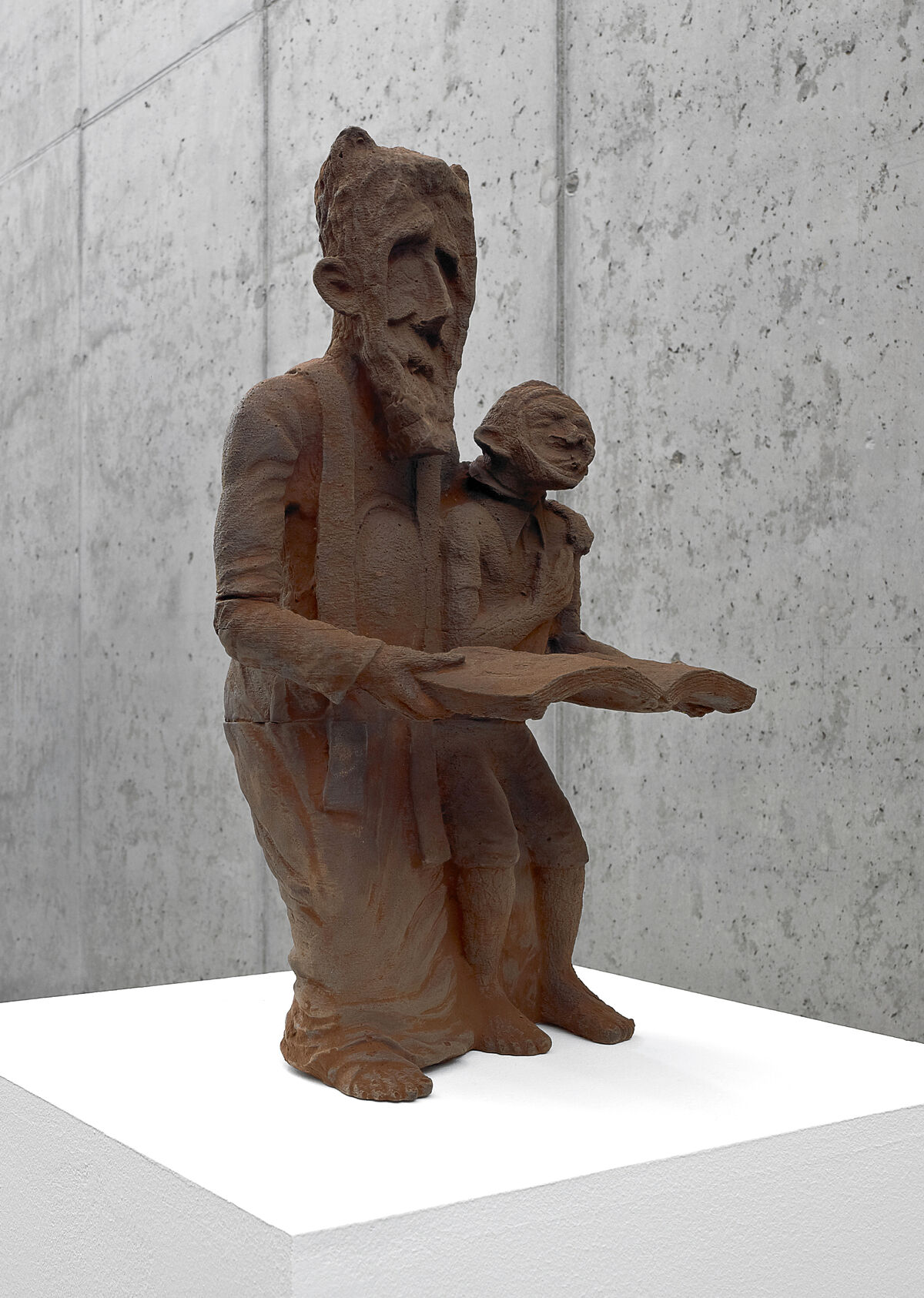 A Congo-based art league made up of plantation workers-turned-artists, Cercle d’Art des Travailleurs de Plantation Congolaise (CATPC) is given their first show in the U.S. this winter. The exhibition features new and recent sculptures made from chocolate, as well as drawings. Reflecting on the meager wages that plantation workers receive in the Congo, CATPC’s artistic output surfaces discussions of economic inequality and unethical practices of major international corporations. 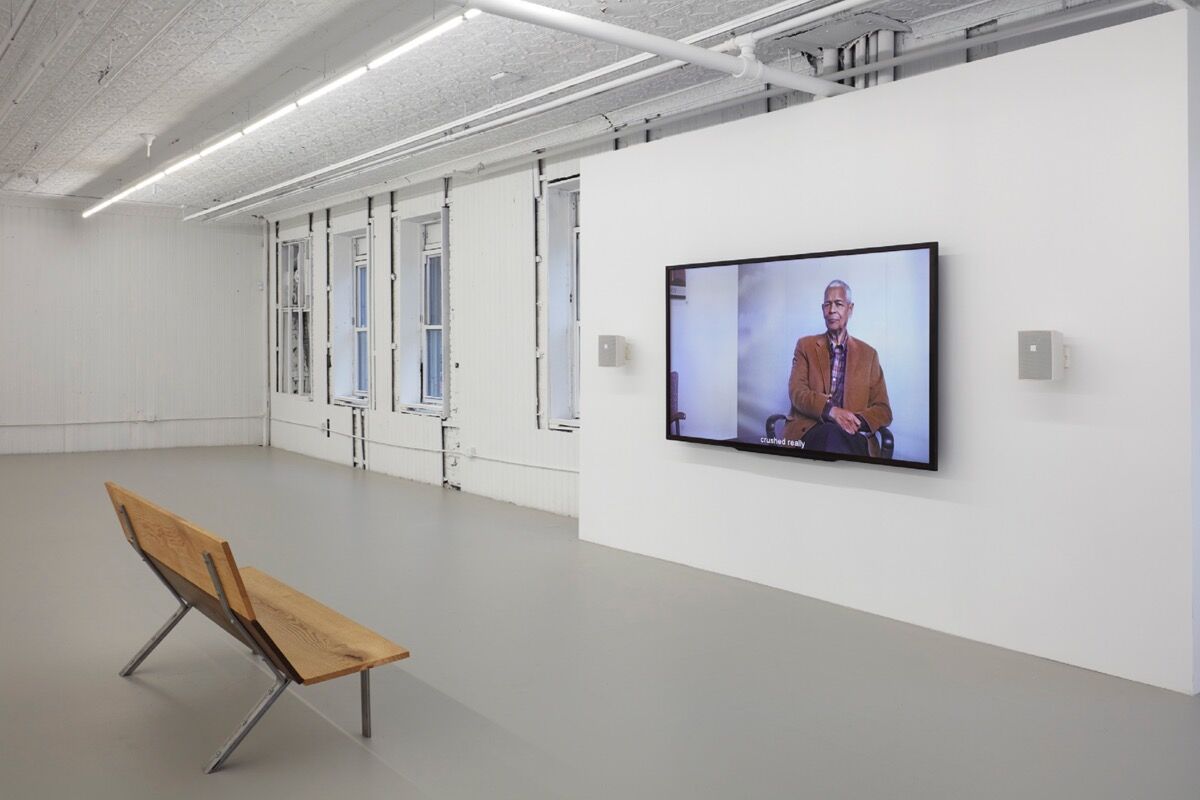 Though it closes February 5th, this show of photographs and a film by the acclaimed
Lyon
, best known for documenting the civil rights movement, should not be missed. At the core of the exhibition is a filmed conversation between the artist and civil rights activist and leader Julian Bond. The pair first met in 1963, when Bond was a founding member of the Student Nonviolent Coordinating Committee (SNCC) and Lyon became the organization’s staff photographer; they stayed in touch ever since. The film, recorded in 2014, is showing in public for the first time, and over the course of a half hour features the pair as they discuss recent history, like Occupy Wall Street and the activities of Edward Snowden, as well as their personal lives. 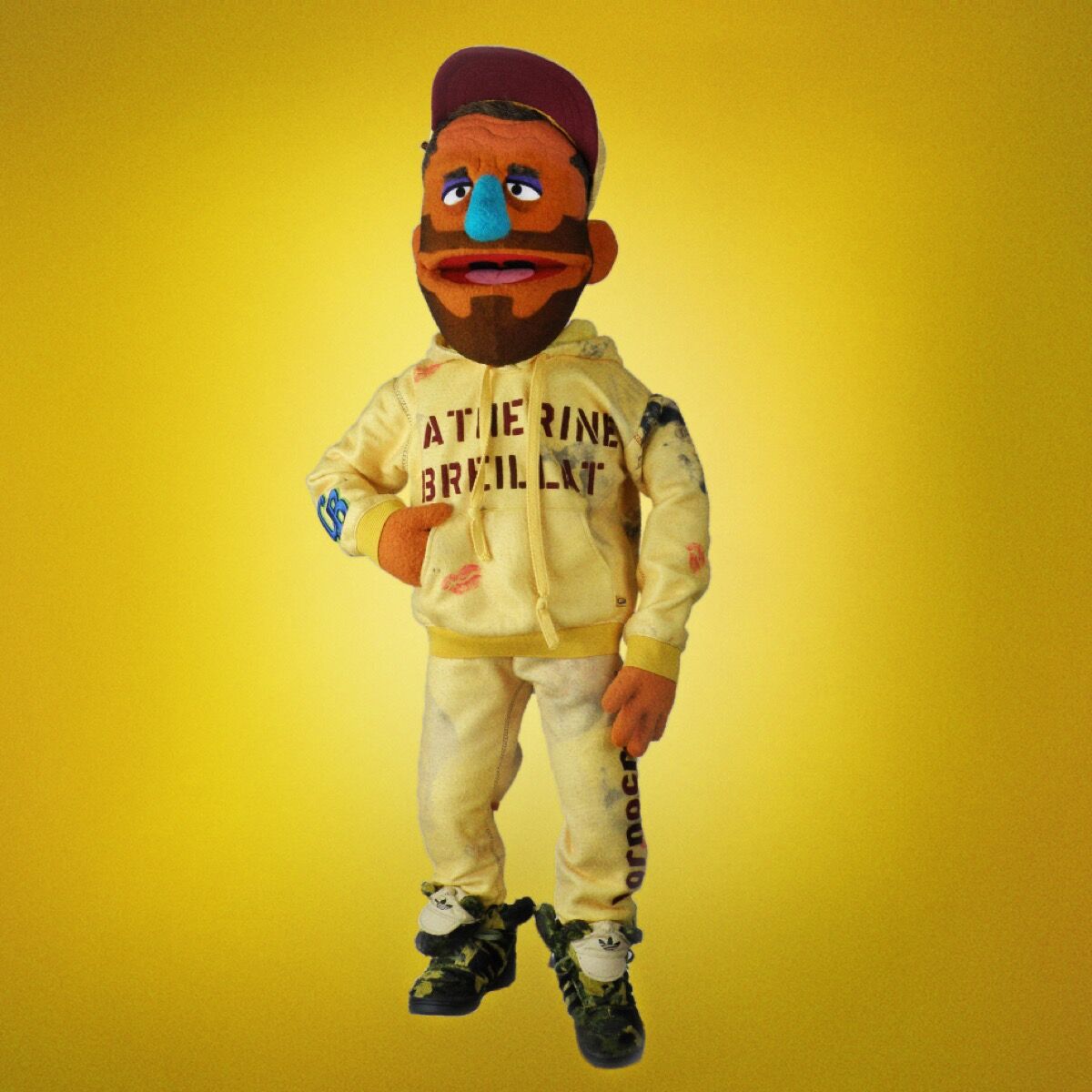 Billed as “a multi-level psychopathological department store,”
Melgaard
’s show promises to envelop viewers in his signature irreverent, controversial style, and his newly formed fashion label. The show entails an event where visitors will be able to take Melgaard’s personal designer clothing for free, a muppet collaboration with Jim Henson Company, and over 100 mannequins dressed in the artist’s new streetwear line. 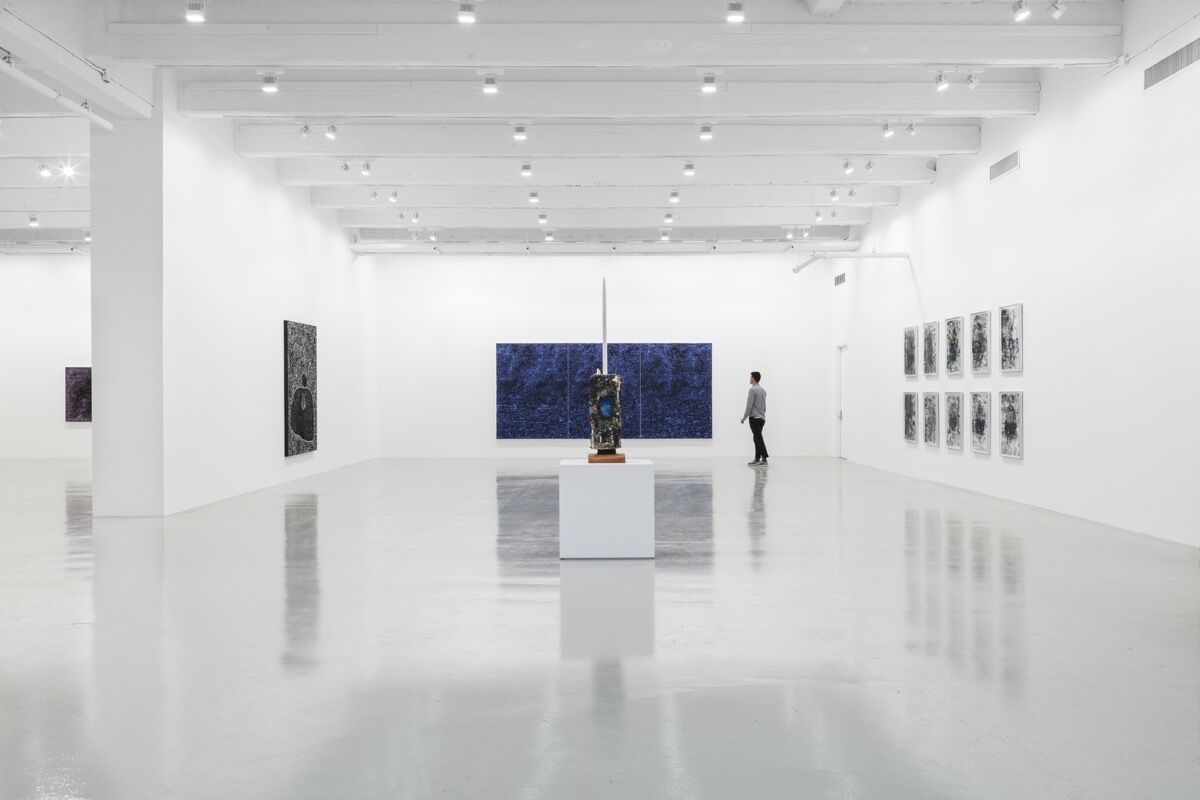 The gallery’s first show with the powerhouse American abstract painter will span recent series from 2015 into the present. Since his breakthrough work of the 1970s, which emphasized the autonomy of paint as an object itself,
Whitten
has pursued an inventive, exploratory approach. His most recent work investigates ideas related to astrophysics, space, and time.

Known for his infrared photographs of the soldiers and landscapes of Eastern Congo, the Irish photographer debuts a new series “Heat Maps,” which documents the refugee crisis. After using a military-grade camera that detects thermal radiation (a camera primarily designed to be used for surveillance at borders and combat zones)
Mosse
constructed panoramic images made from shots of refugee camps and routes in Europe, the Middle East, and North Africa.
Casey Lesser is Artsy’s Lead Editor, Contemporary Art and Creativity.
Related Stories 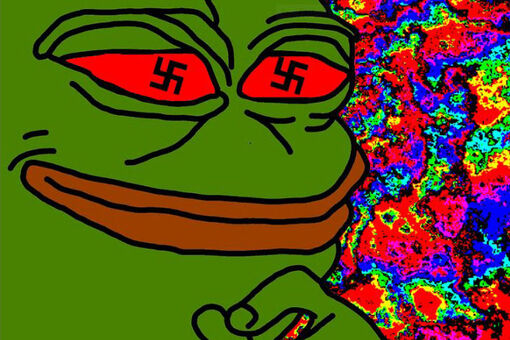 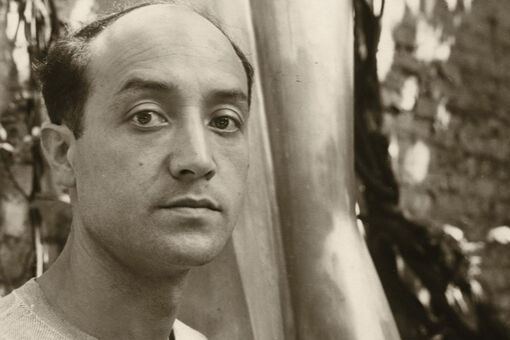