The auction house sold the most expensive work in its roughly 274-year history—
Amedeo Modigliani
’s painting Nu couché (sur le côté gauche) —after an anticlimactic single bid. Nonetheless, Sotheby’s Impressionist and modern art evening sale brought in a total of $277.4 million Monday night. The fee-adjusted figure of $318.3 million constitutes an 83 percent rise from last May’s tally of $173.8 million (which also saw the withdrawal of its star
Egon Schiele
lot at the last minute). This time, the star lot stayed in the sale, but the failure of 13 other works to find buyers hampered the auction’s rhythm, not to mention its sell-through rate, which clocked in at 71.1 percent by lot after the final gavel fell.
This May’s star lot met with surprisingly languid bidding given the hype around it. Created in 1917, the Modigliani painting boasted an estimate of $150 million, the highest estimate in auction history, and carried a guarantee somewhere in that region, as well. But ultimately, it hammered down at $139 million after only a single bid. The identity of the buyer has not yet been reported.
Auctioneer Helena Newman, chairman of Sotheby’s Europe, quickly announced that the $157.2 million final price, with fees, made Nu couché the most expensive work ever sold by Sotheby’s. Setting expectations aside, that’s a record the auction house is happy to coo about, representing a six-fold increase on the $26.9 million that Nu couché sold for in 2003. But beyond the one work, the auction didn’t boast any other smashed records. 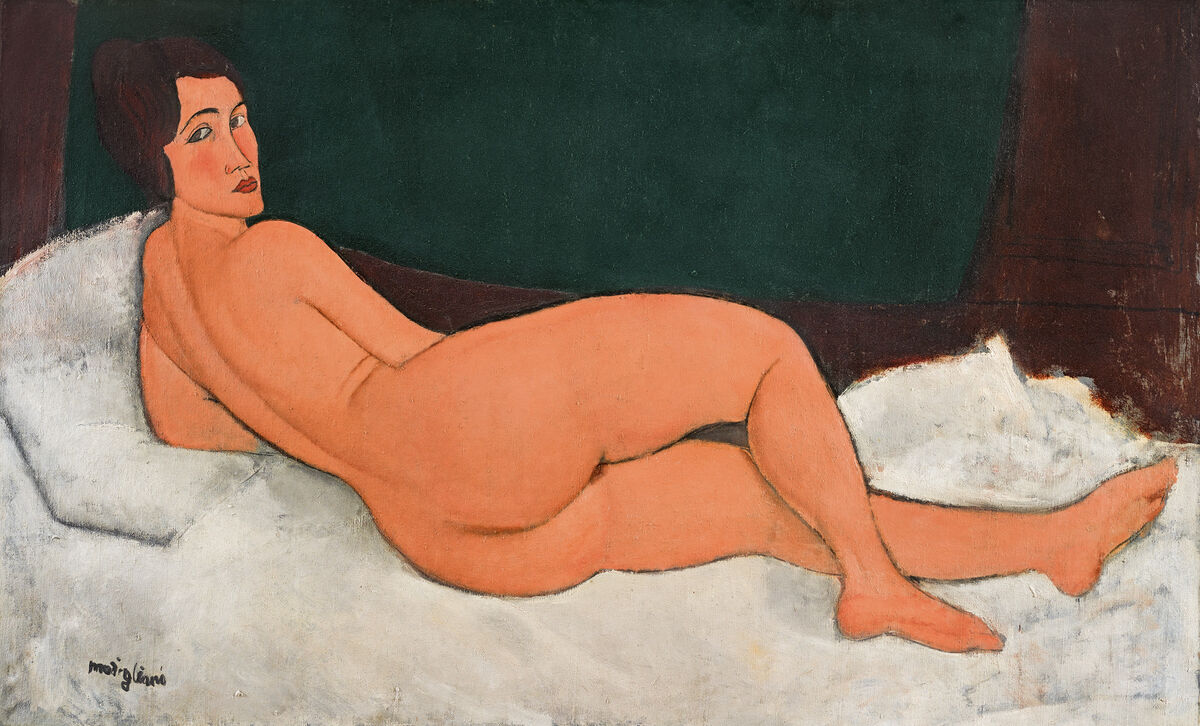 “I think we’re seeing some price resistance at the very top end after seasons of escalating records,” said Brooke Lampley, vice chairwoman of the fine art division at Sotheby’s. “But broadly, we’re seeing that the market supports good material that is accurately priced.”
Buyers are clearly taking a long, hard look before raising their paddles, especially after the breadth of material offered last week at the sale of David Rockefeller’s estate at Christie’s.
The first lot of Monday night’s auction,
Marc Chagall
’s Fleurs de Printemps (1930), augured a promising evening with frenzied bidding from 10 bidders in the room, including underbidder David Benrimon. It ultimately sold for $2.1 million ($2.5 million with fees), clearing the $1.5 million high estimate. The very next lot,
Henry Moore
’s Three Seated Women (1942), also attracted a brouhaha, but not inside the saleroom. The piece was controversially consigned by the Berkshire Museum, one of two pieces in the night’s auction that attracted the ire of a dozen protesters who picketed outside Sotheby’s. Inside, the drawing sold far below its low estimate of $400,000, hammering at $240,000, or $300,000 with fees. (That the piece still went home with a buyer makes one wonder what, if any, reserve the work had.) 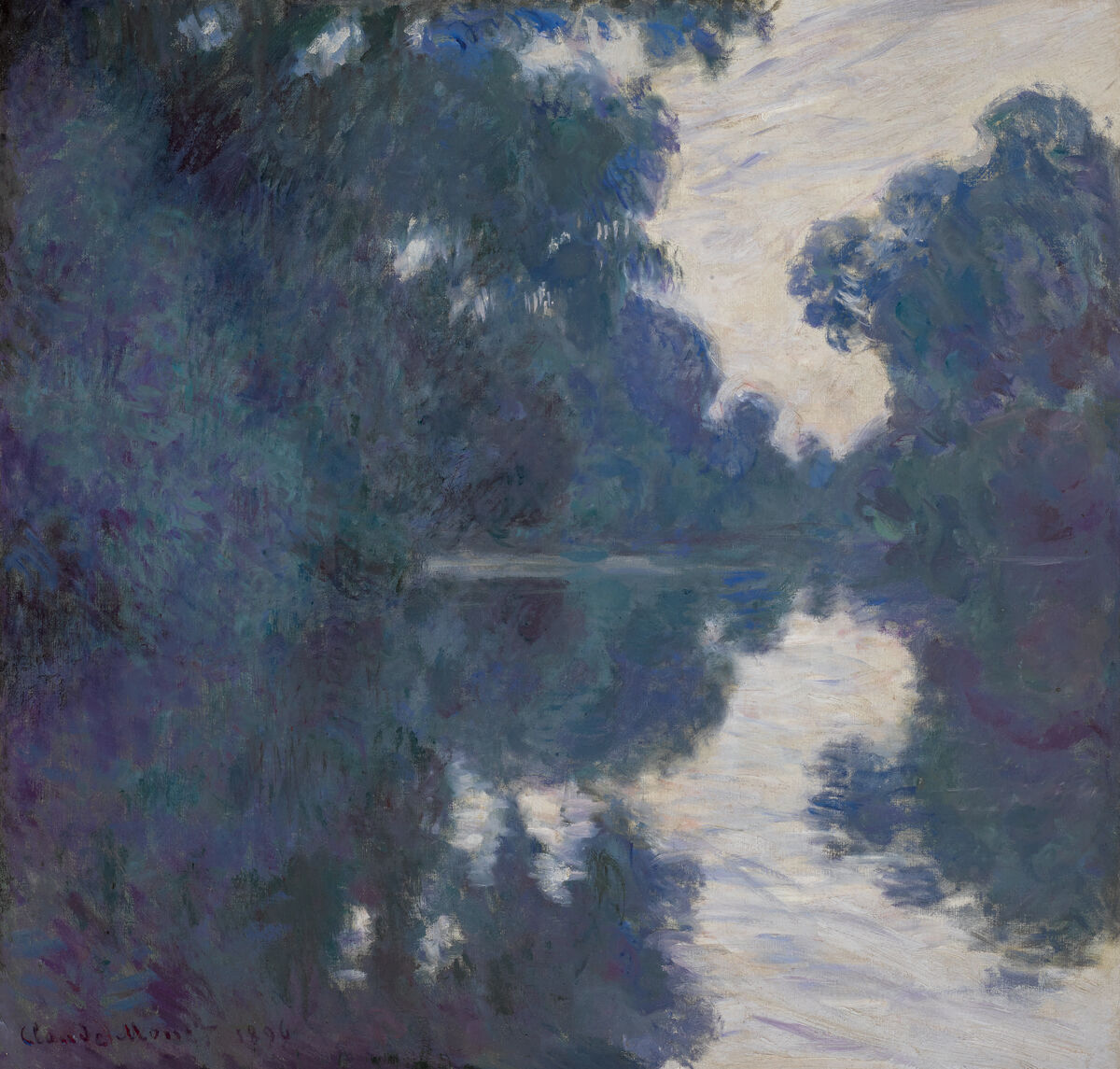 Advertisement
And many of the top pieces fell in the orbit of their estimates.
Claude Monet
’s Matinée sur la Seine (1896) went off the goal post, as they say in sports, selling at a hammer price exactly equal to its low estimate of $18 million (or $20.5 million with fees).
Pablo Picasso
’s Le Repos (1932) hammered for $32.5 million ($36.9 million with fees), slightly below its $35 million high estimate, after Sotheby’s Asia president Patti Wong triumphed on behalf of an Asian phone bidder against the house’s head of contemporary art, Grégoire Billault. The artist’s Femme au Chapeau Assise (1962) hammered for $4.5 million ($5.3 million with fees) between its estimates of $4 million and $6 million.
But while Picasso had a solid night, he stumbled somewhat on his march towards a $1 billion year (especially after Christie’s announced it was withdrawing a $70 million piece from its sale Tuesday). Of the 46 works in the Sotheby’s sale, 11 were by the artist, and five failed to find buyers. The artist’s sculpture Cigare (1941)—molded by Picasso from found pieces of wood amid wartime scarcity in Paris, as he avoided Nazi restrictions on artwork—was bought in at $480,000. Picasso’s own Nu Couché failed to find a buyer, passing at $900,000, as did Femme Au Chien, which was bought in at $11 million. 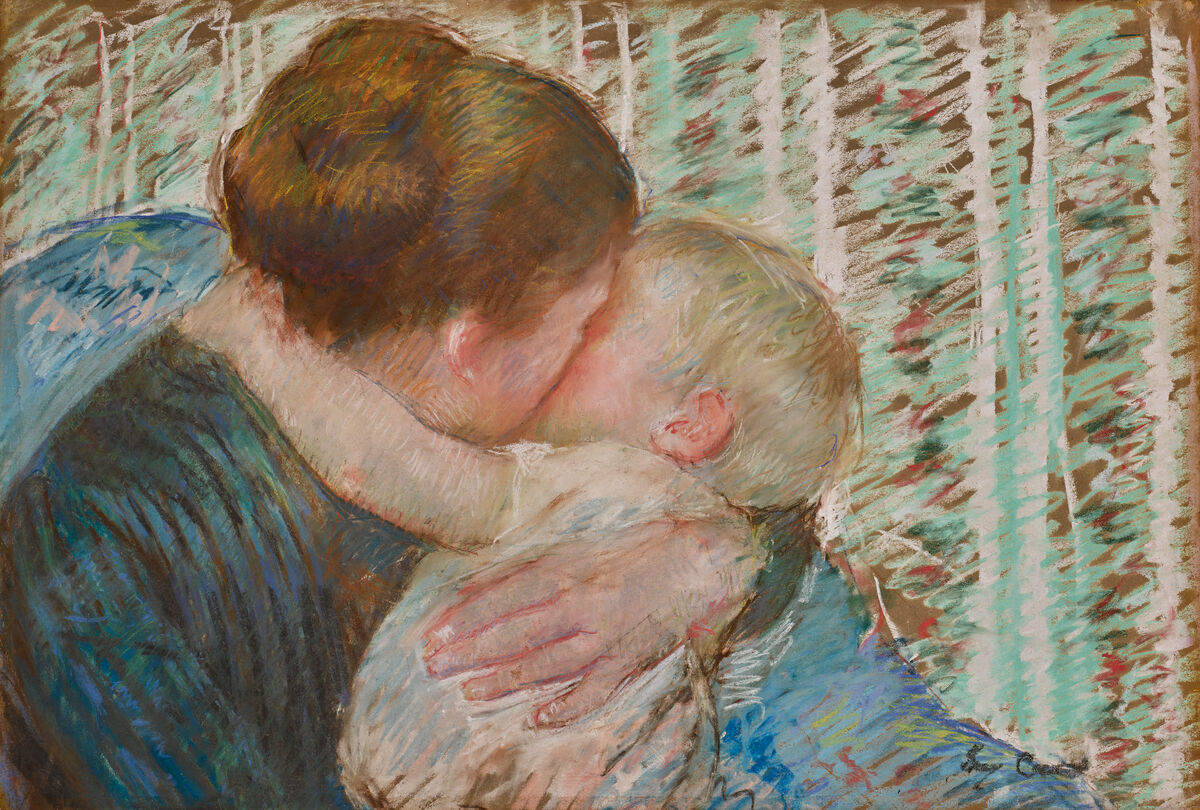 A deserving hero of the evening was
Mary Cassatt
, whose remarkable A Goodnight Hug (1880) went for almost four times the high estimate of $1 million, hammering for $3.8 million ($4.5 million with fees) after a protracted tête-à-tête between a would-be buyer in the room and a client on the phone, who ultimately walked away with the piece. (The stellar result may have been helped by a retrospective of the
Impressionist
’s work at the Musée Jacquemart-André in Paris, which runs through July 23rd.)
Cassatt’s painting will not headline any auction report, but as a work of art, it arguably deserves our attention far more than the night’s nude cover girl. Against a quivering background of decorative abstraction, Cassatt depicts a mother, uninterested in our gaze, engaging in a tender act of domestic labor—the kind of work all too often overlooked or implicitly belittled by male artists of the period and the art historians that followed. Cassatt’s vibrant domestic scene fills mother and child with such life and humanity, we can almost hear the sound of a lullaby wafting out from the canvas. And the artist does this all without showing us a face.
Georgia O’Keeffe
’s modernist rendition of Lake George, a common artist haunt, also easily outdid expectations, selling for $9.8 million ($11.2 million with fees) on an estimate between $4 million and $6 million. But the very next lot—
Tamara de Lempicka
’s Les Jeunes Filles (1930), which fuses
Art Deco
and
Cubist
elements—was bought in at $3.6 million. After de Lempicka came the Cassatt, then came a
Jean Arp
sculpture that gaveled down for $1.8 million, or $2.2 million with fees (on an estimate between $1.5 million and $2 million), then a
Barbara Hepworth
sculpture. The Family of Man: Youth (1972), put up for sale by the Hepworth’s estate through Marlborough Gallery, went for a hammer of $2.2 million, just below the low estimate of $2.5 million.
Modern Latin American art also hit the auction block.
Rufino Tamayo
’s Perro aullando a la luna (1942) was the seventh-most-expensive work of the night, hammering down at its low estimate of $5 million ($5.8 million with fees).
Edvard Munch
’s Sommernatt (Summer Night), a 1902 landscape of an evening in the Norwegian town of Åsgårdstrand, hammered for $9.8 million ($11.2 million with fees). The piece was estimated between $10 million and $15 million.
Fernand Léger
’s Le Damier Jaune, painted in 1918, sold for $5 million, or $5.8 million with fees, slightly below the low estimate. The work, painted after the end of World War I, in which Léger served, is an important piece of the artist’s oeuvre. The war had a profound influence on the artist, pushing him away from abstraction and toward a more Cubist style that centered on items of daily French life.
New York auction week continues Tuesday night with Christie’s Impressionist and modern art auction.
Isaac Kaplan is an Associate Editor at Artsy.
Related Stories 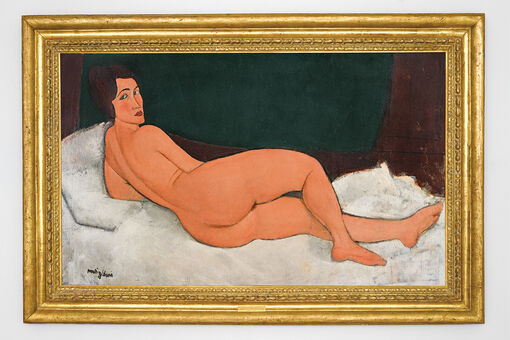 This Modigliani Nude Has the Highest Pre-Sale Auction Estimate of All Time—Here’s Why
Nate Freeman
May 11, 2018