This 1968 Photo Series Captured the Peak of California’s Counterculture 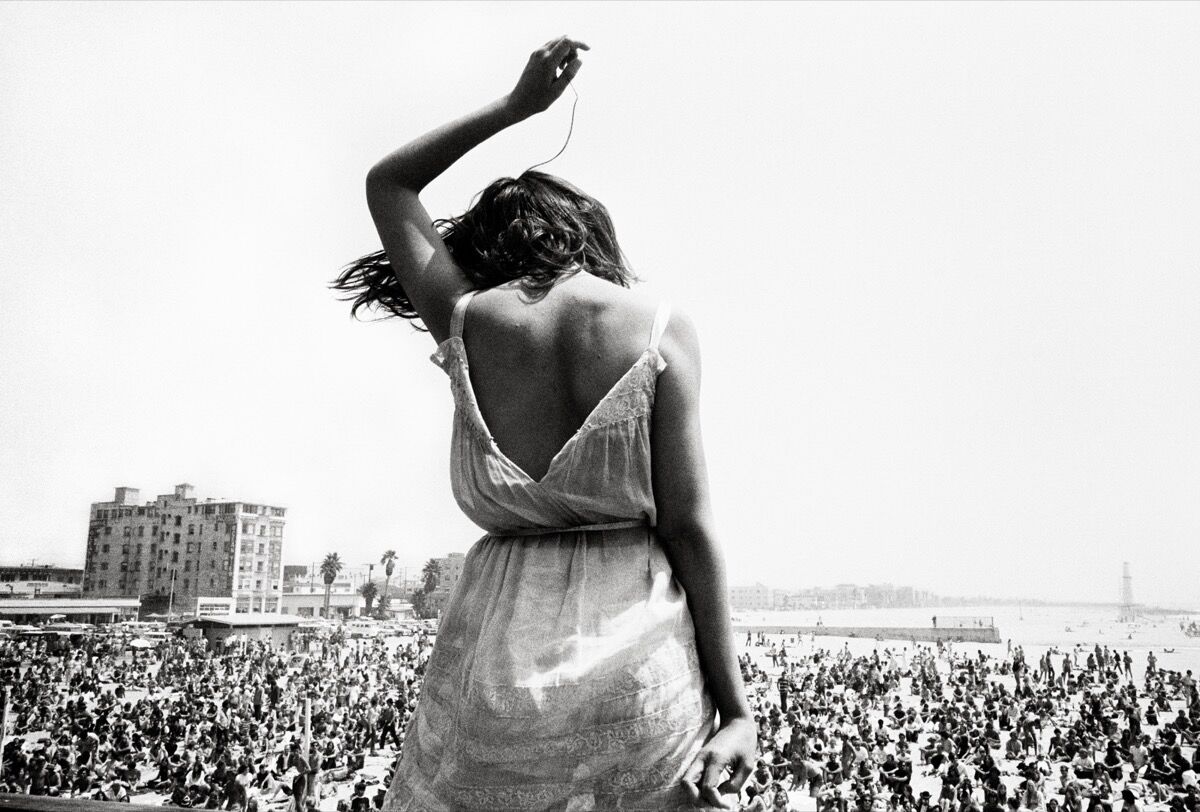 The big, blissed-out state of California terrified photographer
Dennis Stock
when he first visited it in the 1950s—but it also enthralled him. “For many years California frightened me; the contrasting arenas of life shook me up,” he confessed in the introduction to California Trip (1970), a book of photos Stock took on a 1968 road trip through the hippie-laden state. “Even though I found the sun and fog, sand and Sierras, which conveyed a firm image of stark reality…the state seemed unreal,” he continued. 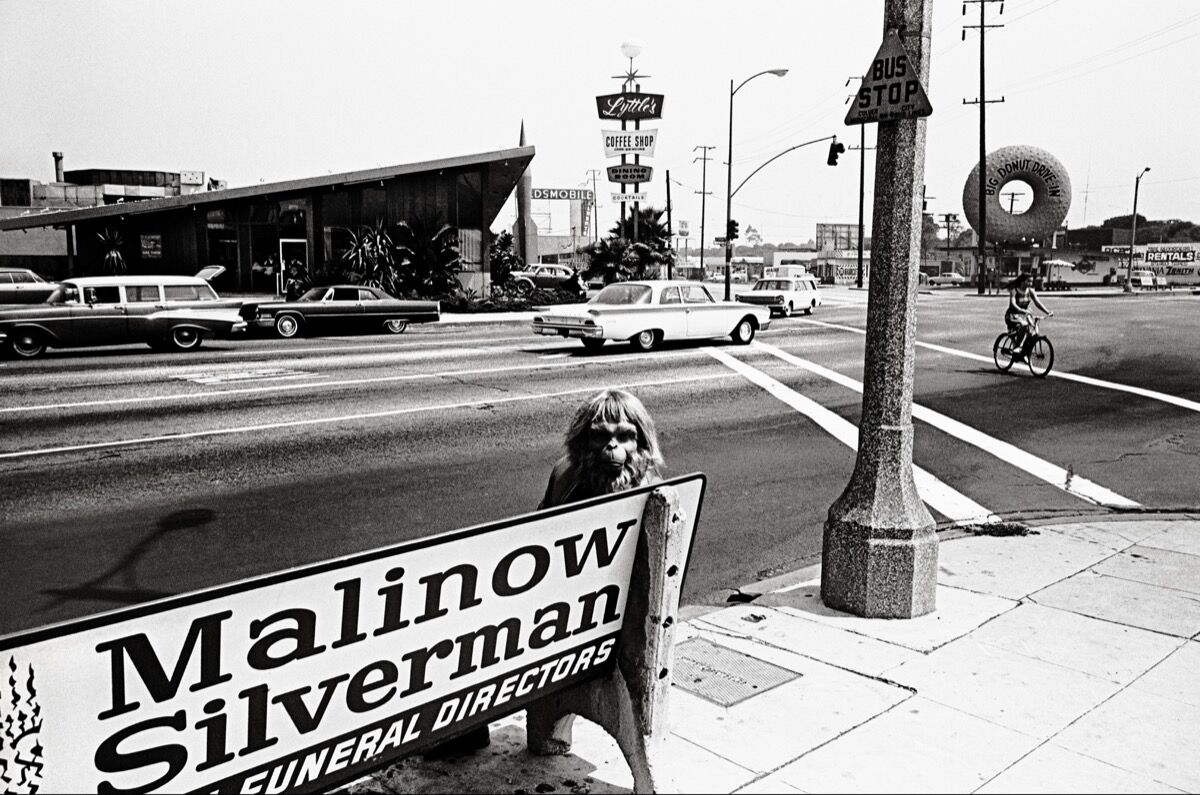 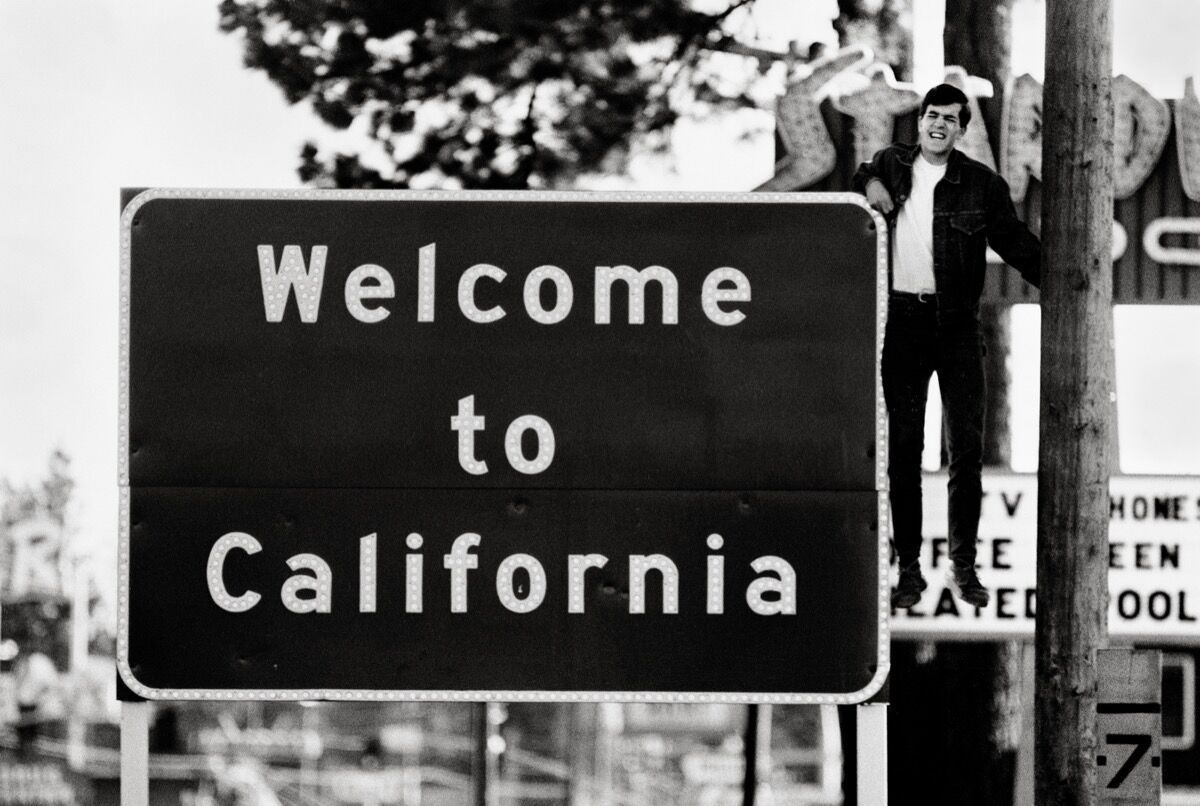 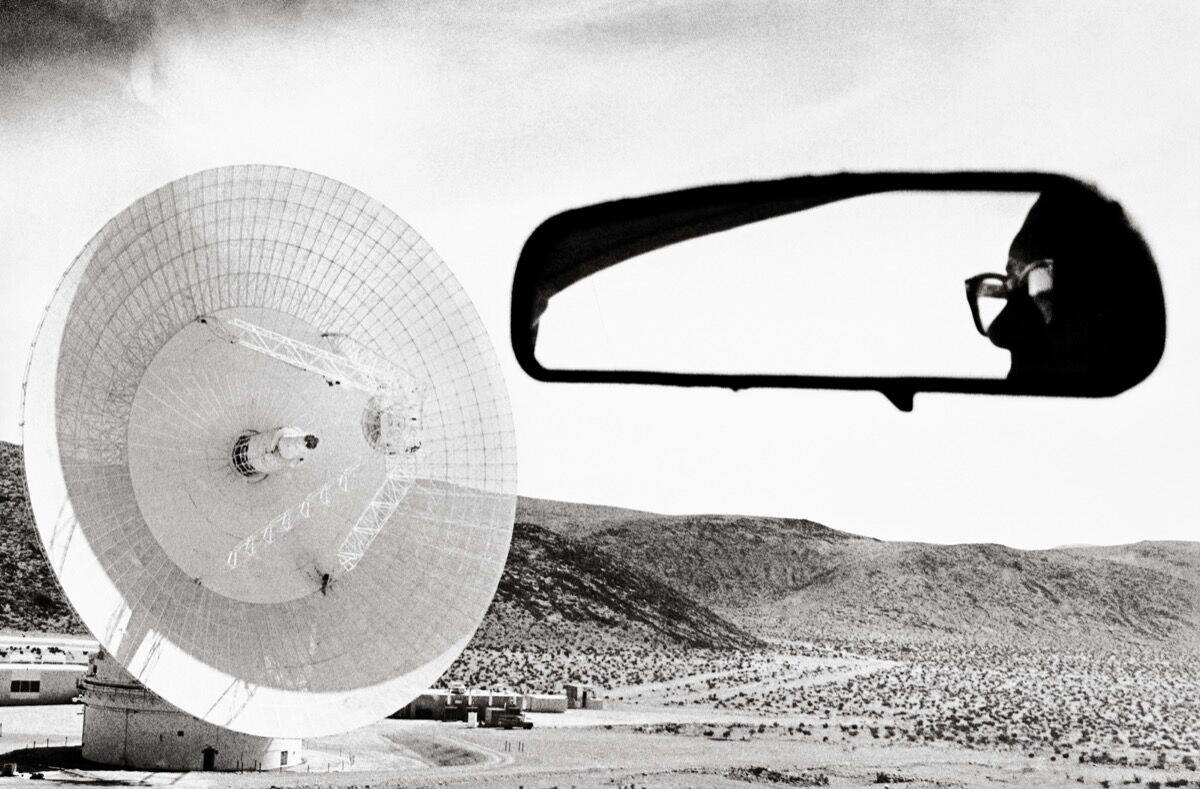 Advertisement
While Stock might have been an East Coaster at heart—he lived in New York for his entire life—assignments for LIFE Magazine and Magnum Photos took him across the country as early as the 1950s, and his own curiosity about the American West inspired a string of cross-country road trips the following decade. “Many of us take to the road in motorhomes, trailers, on motorcycles or by hitchhiking,” he once said. “This itch to see ‘what is over the hill’ is something that I can easily relate to as a photographer.” 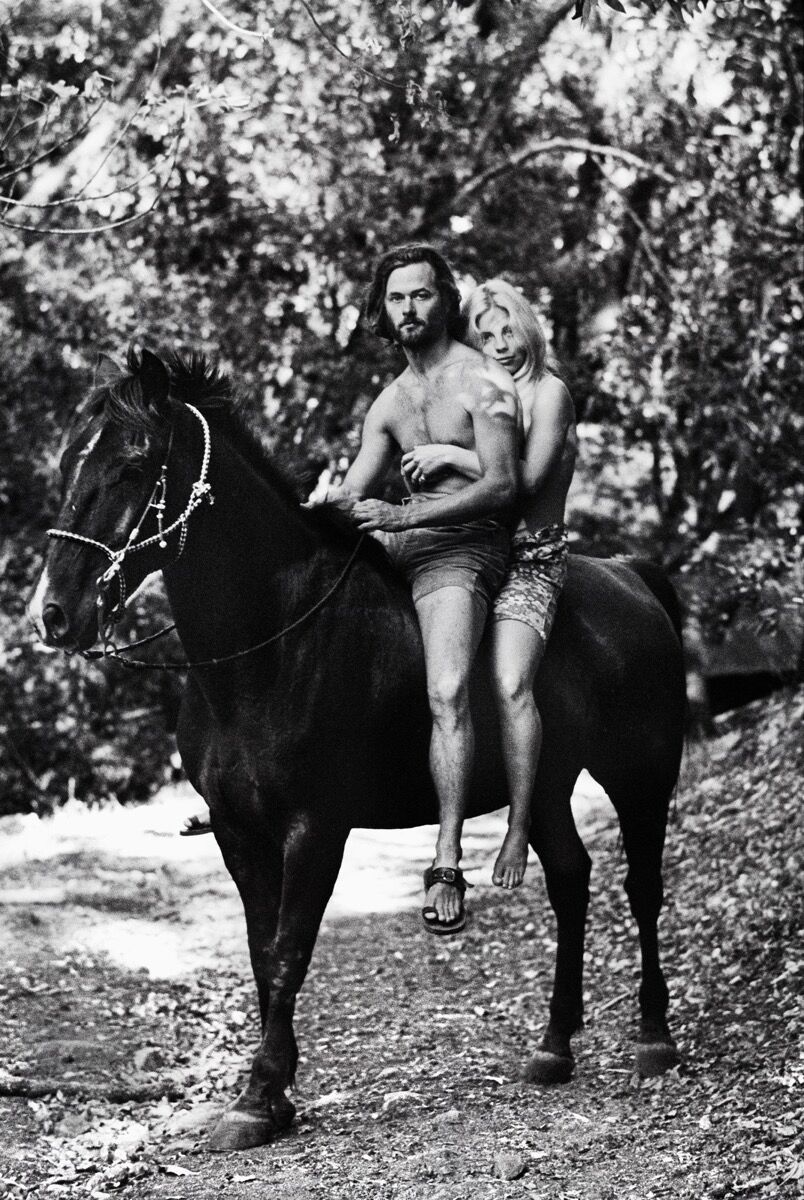 When Stock landed in California again in 1968, he felt that the state was “gloryville,” where the “pursuit of the best of all possible worlds” reigned, as he penned in the introduction to the photo book. But on his cruise from the state’s southernmost beach communities to its northern communes, Stock captured a more complex, less utopian reality. As 1970 neared, a deep apprehension permeated the California zeitgeist. Residents were wary of a future built on space travel and the ongoing Vietnam and Cold Wars, and their faith in hippiedom’s peace-and-love mantra wavered. “Those realities are all documented in this series,” Pollock explained. “You can see some of that apprehension, some of that tension, and some of that humor as people dealt with it.”
At the book’s best (and it’s all good), Stock captured people trying to make sense of the world, through community, art, spirituality, or science. A photo of two euphoric hippies embracing on horseback in Marin county—beatnik bohemia’s unofficial headquarters—gives way to images of scientists tinkering in jet propulsion labs; surfers on their way to the water; free-love-filled nudist colonies; and even one striking portrait of Anton Szandor LaVey, the self-appointed high priest of the Church of Satan, which LaVey founded in San Francisco in 1966. Perhaps the book’s most famous picture shows a woman perched above a crowded Venice music festival, dancing alone at the altar of rock and roll. “Technological and spiritual quests vibrate throughout the state, intermingling,” Stock wrote in the book, “often creating the ethereal.” 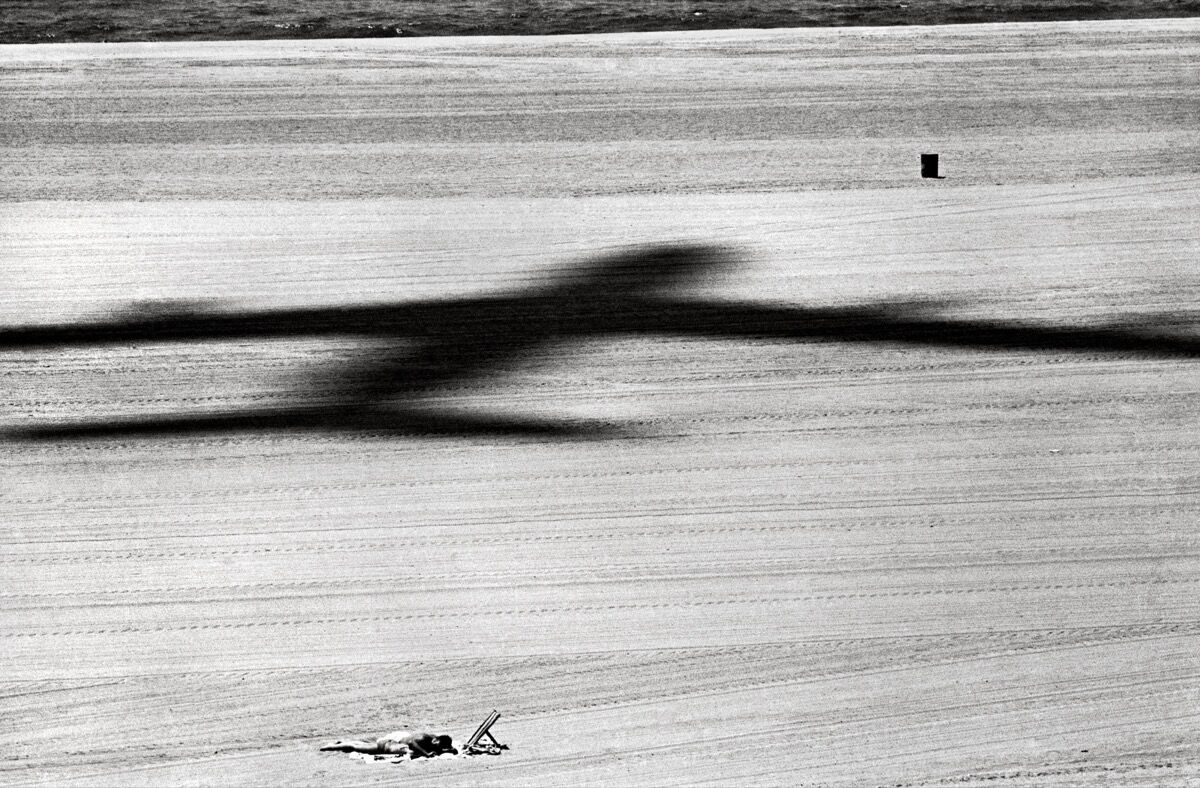 Embedded among images of escape are also those alluding to the era’s most penetrating conflicts. Some photos reference mounting racial tensions, like a frame in Los Angeles that captures a white policeman riding past a mural depicting murdered Civil Rights leaders Malcolm X and Martin Luther King Jr. The omnipresent threat of war makes appearances, too. An image taken in Sausalito shows an abandoned car papered in signs that read “fallout shelter;” a shot of a carnival in Sacramento counts the U.S. Air Force’s Titan II missile among its attractions. 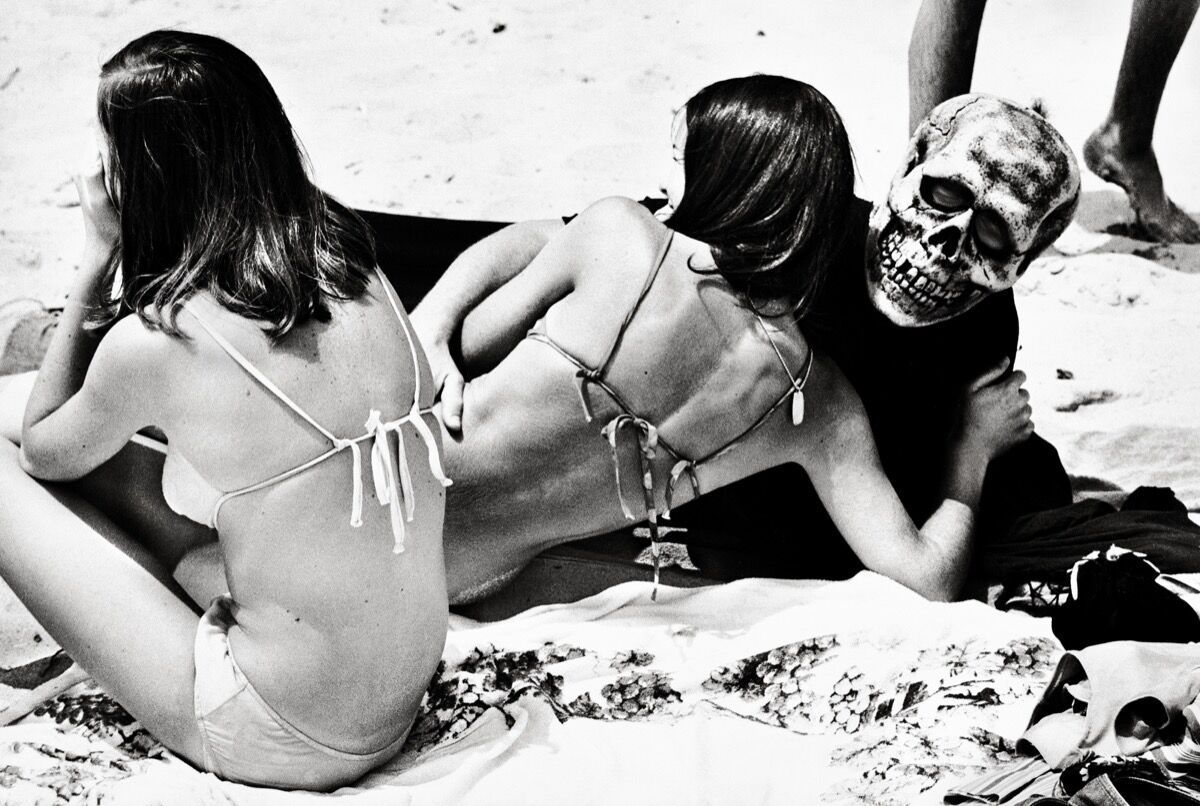 As a mesmerizing coda to the series, Stock places photos of the neighborhood Watts and the Vandenberg Air Force Base side-by-side. On the left-hand page, two Watts residents sit resolutely next to the replica of the Liberty Bell. Exaggerated chains cover their bodies, likely in protest of ongoing discrimination. On the right, two Air Force employees in full-body white worksuits laugh next to machinery used for missile testing. It’s a striking, unsettling juxtaposition that recalls Stock’s most potent line in the book’s introduction: “Our future is being determined in the lab out West,” he wrote. “There, a recent trip blew my mind across this state of being, as I collected images along the way.”
Alexxa Gotthardt
Related Stories