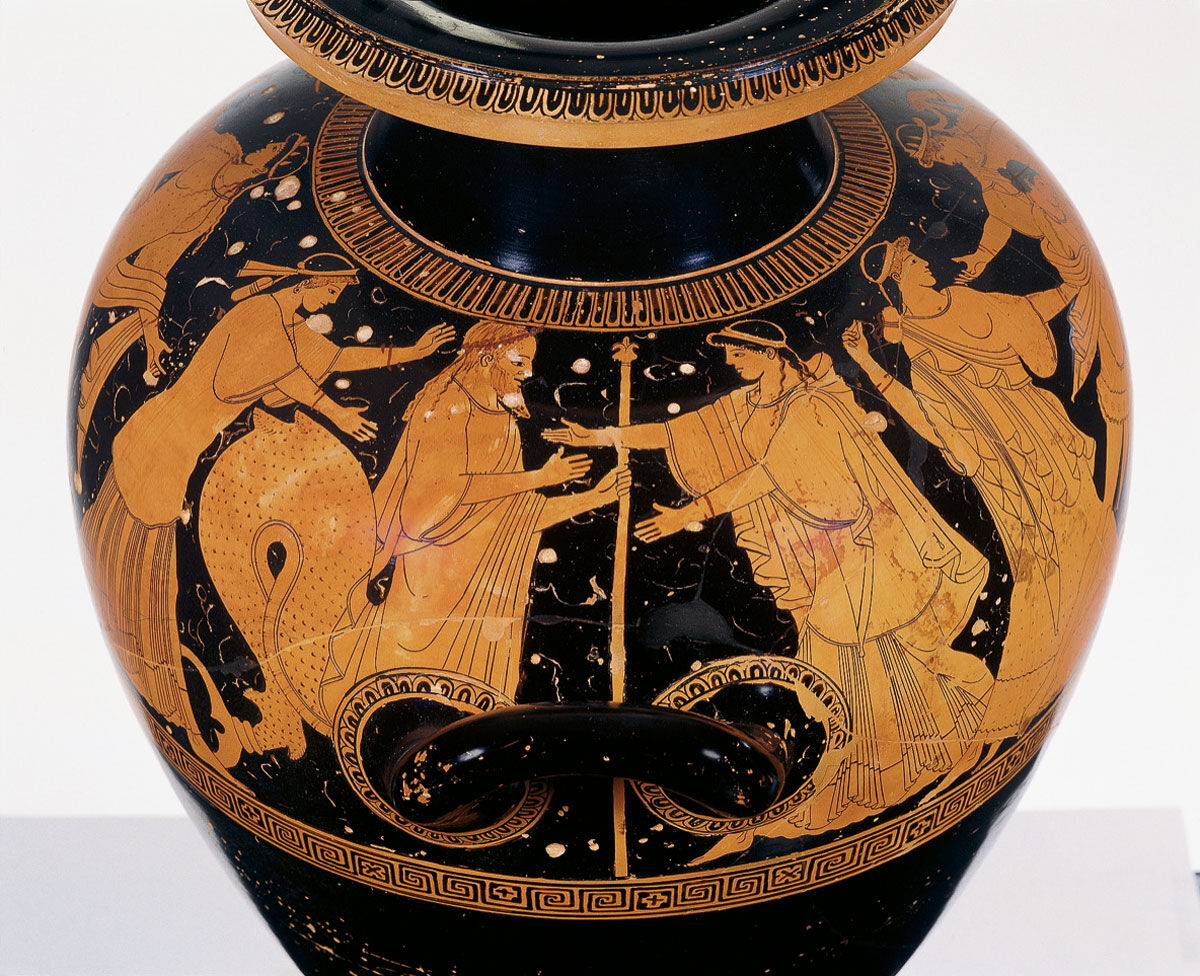 After 2,500 years of wallowing in relative obscurity, an unnamed Athenian artist known as the Berlin Painter is finally getting his turn in the art world spotlight. “The Berlin Painter and His World,” which opens in March of this year at the Princeton University Art Museum, will trace the heavily influential sculptor’s life in the Athens of the early fifth century B.C. for the first time.
So why the two and a half millennia delay? The Berlin Painter may be celebrated in contemporary academic and art-historical circles. But even the most cultured Athenian likely had no clue about this artist of clay cups with red figures. That’s because Attic (Athenian) vase painters were not the wealthy or famous artists we have today.
The authors of these ancient objects now revered in museum collections the world over “were humble craftsmen,” says J. Michael Padgett, curator of ancient art at the Princeton University Art Museum. “They worked down in the potter’s corner and they were covered with mud.”
Jeff Koons
they were not. But these lowly, mud covered craftsmen produced an at least equally crucial visual record of a city-state that would influence both world history and art history for thousands of years. 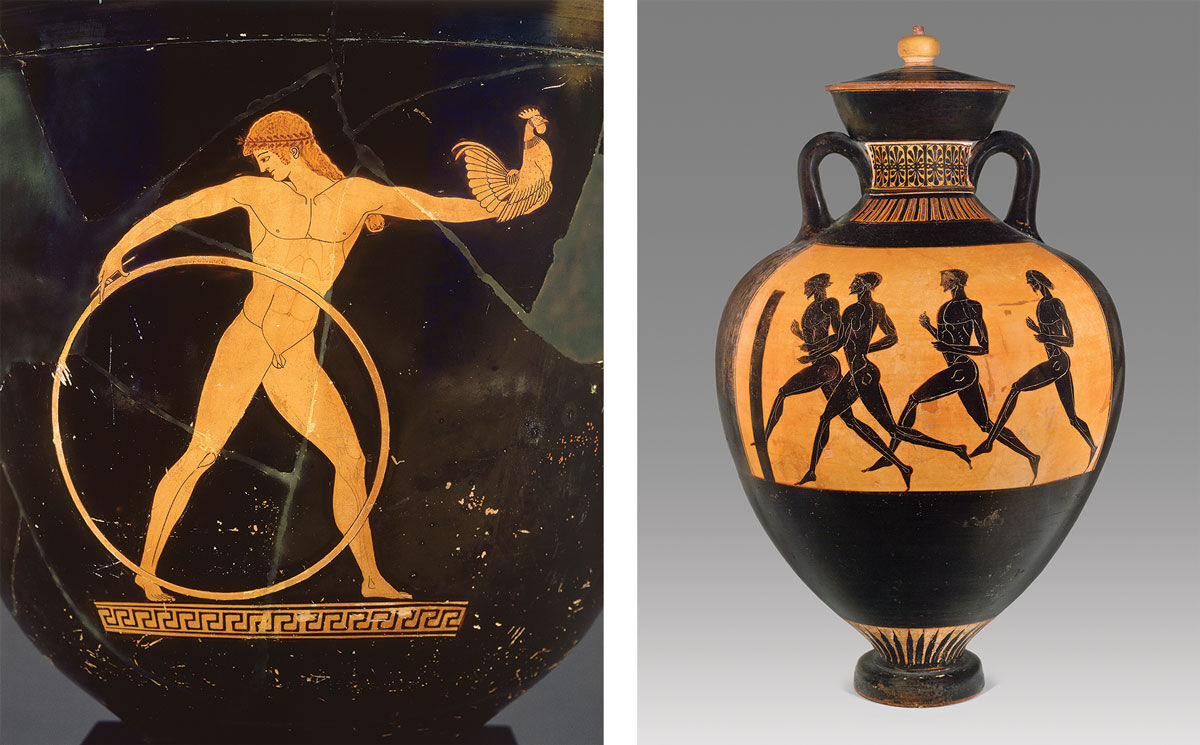 The exhibition brings together 84 vessels and statuettes in total, with some 54 works attributed to the unnamed artist who plied his trade in Athens during in the early 5th century. This was a particularly interesting time in Greek history. After a spate of tyrants (who, it should be said, were sometimes pretty cool and actually redistributed wealth), Athens was emerging as a democracy for the 40,000 or so landed men considered citizens. During the later part of the Berlin Painter’s life, the Persian Empire loomed over all of Greece, threatening his home city and other city-states with enslavement.
We don’t know much else about the biography of the Berlin Painter. We don’t know the artist’s real name—or even that he was a he. The very name he was given has nothing to do with his actual life. Rather, it was ascribed to him in 1911 by scholar Sir John Davidson Beazley after he studied an amphora (a large jar with handles) held in a Berlin museum. The object exemplified certain stylistic traits found across some 200 complete or fragmented works. This led Beazley to conclude that the group must all be the work of a single ancient artist. In a way, the Berlin Painter is less a person than a set of what Padgett calls “almost unconscious ticks and habits” that can be found in the ears, eyes, ankles, and drapery painted onto hundreds of ancient pots.
The Berlin Painter’s figures are generally lean, sharing a certain elegance and painted with a fine line. As with much Greek art, these descriptions become clearer when compared to the work of his contemporaries. Among those was the Berlin Painter’s “rival” the Kleophrades Painter, who preferred more robust figures painted in thicker lines, says Padgett. It never come to fisticuffs between the two—at least, not so far as we know. Rather they rival “for the esteem of students of Attic vase painting in this period,” said Padgett. 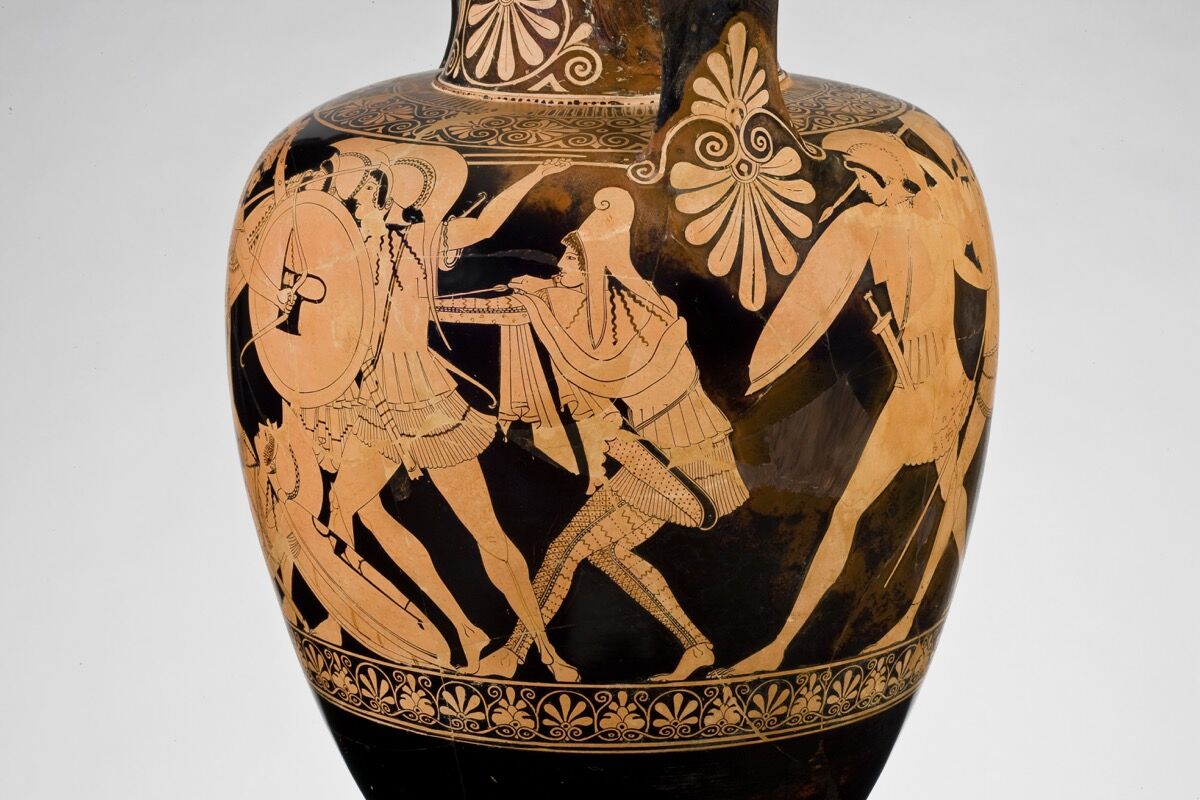 Advertisement
Though the Berlin Painter was not a celebrity in his own time, he was certainly appreciated for his craft and talent. Many of his works were discovered not in Athens but in Italy, where they had been exported. There is much to be impressed with in the work of the Berlin Painter. One of his innovations was to get rid of the ornamentation, frames, and decorative borders that were traditionally found on vases of the period. The Berlin Painter’s signature red figures stand alone against black backgrounds. “It’s just their presence and action that creates the space in which they live,” said Padgett, “And they’re framed only by the contours of the vessel itself.”
A favorite work of Padgett’s exemplifies the Berlin Painter’s ability to utilize space in ways that even challenge contemporary viewers. Slated for the show is a hydria (a water jar) from the Vatican’s collection. It shows a lyre-playing Apollo flying across the sea—depicted as a wavy line replete with dolphins and fish—while sitting on a bronze tripod cauldron with wings. But what’s remarkable about the work can’t be captured through a photograph.
“When you see a picture you don’t realize the physicality of the vase it’s painted on. That has to be remembered—they’re three-dimensional objects,” said Padgett. In the piece, Apollo’s body is extended, almost horizontal, up and around the inward curve of the vase as it centers towards the neck. “Some say The Berlin Painter is violating the shape of the vase, others say that he’s brilliantly accommodating it to it—the shape being traditional, and he was doing was imposing on it a new kind of composition,” Padgett explained. 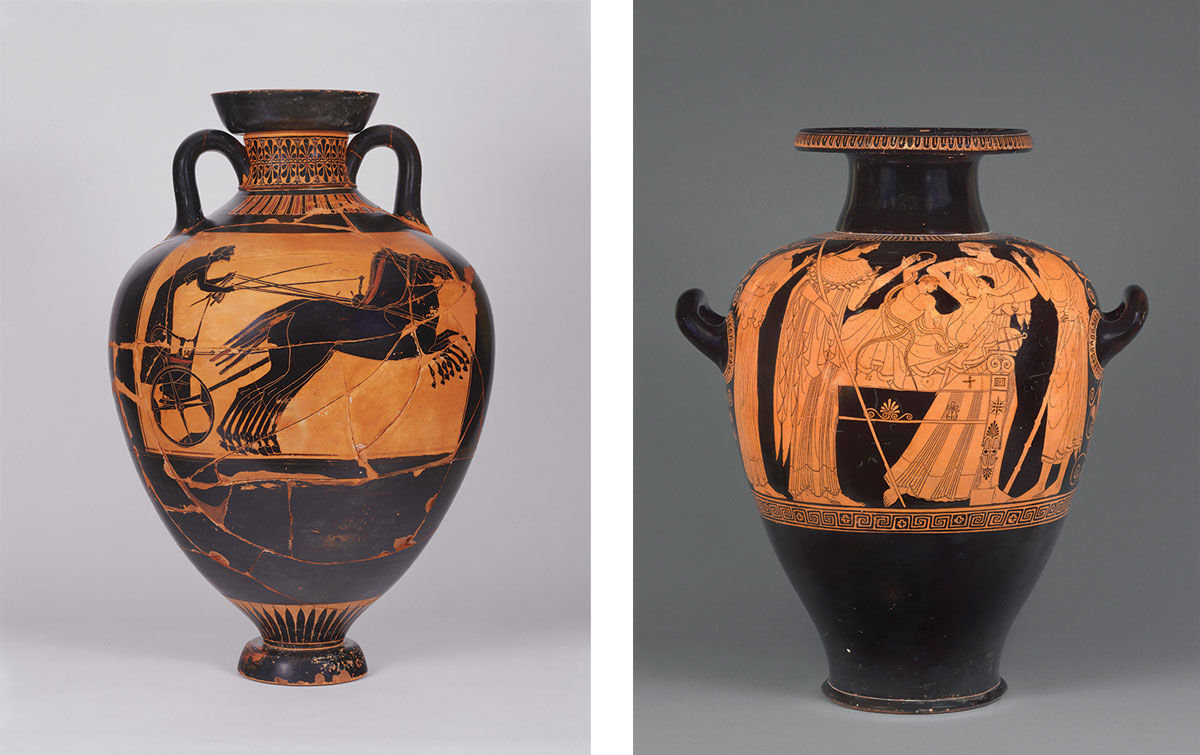 This kind of artistic innovation is all the more impressive when remembering that the Berlin Painter’s work was never meant to be looked at behind plexiglass. Ancient viewers would have used his relatively inexpensive clay cups and jugs in symposia (drinking parties). Their figures would have been animated as part of normal life.
Now, the images painted on the the objects tell us about the people who once used them. Attic vase painting “offers incomparable insight into the Greeks’ beliefs, their mythology, their cult practices, funerary practices and to some extent daily life,” Padgett says. While these works don’t teleport us back in time to an agora or symposium, they certainly let us close our eyes and imagine.
Isaac Kaplan is an Associate Editor at Artsy.
Related Stories