Isaac Kaplan
Jul 5, 2017 4:30pm
Few issues appear as ethically clear-cut and yet persistently intractable as the restitution of art looted during World War II. For many lay observers, the answer to the problem of what to do with work taken from Jews by the Nazis is straightforward: give it back. But as numerous cases have shown, the legalities are not so simple. Litigation brought by heirs seeking the return of works by artists like Picasso and Van Gogh from museums and even national governments has trudged on in court for decades—and has been met with varying levels of success.
Art lawyer Nicholas M. O’Donnell, a specialist in holocaust restitution litigation, has laid out an exhaustive history of these cases in his book, A Tragic Fate: Law and Ethics in the Battle over Nazi-Looted Art. The product of painstaking legal research, the book traces the history of this looted art litigation from the immediate post-war years to the present day, looking at how courts grapple with major ethical questions. It is a must-read for anyone interested understanding why the historic wrongs of the holocaust have not yet been put right under the law.
Ultimately, O’Donnell didn’t emerge from his research cynical about the prospect of righting the historical wrongs. “I look at it as a very pitched battle between very smart and sophisticated people without which the debate about what to do with this art would cease,” he said. Below are three of the many cases included in his book that exemplify why these restitution battles can last decades.

Portrait of Wally by Egon Schiele 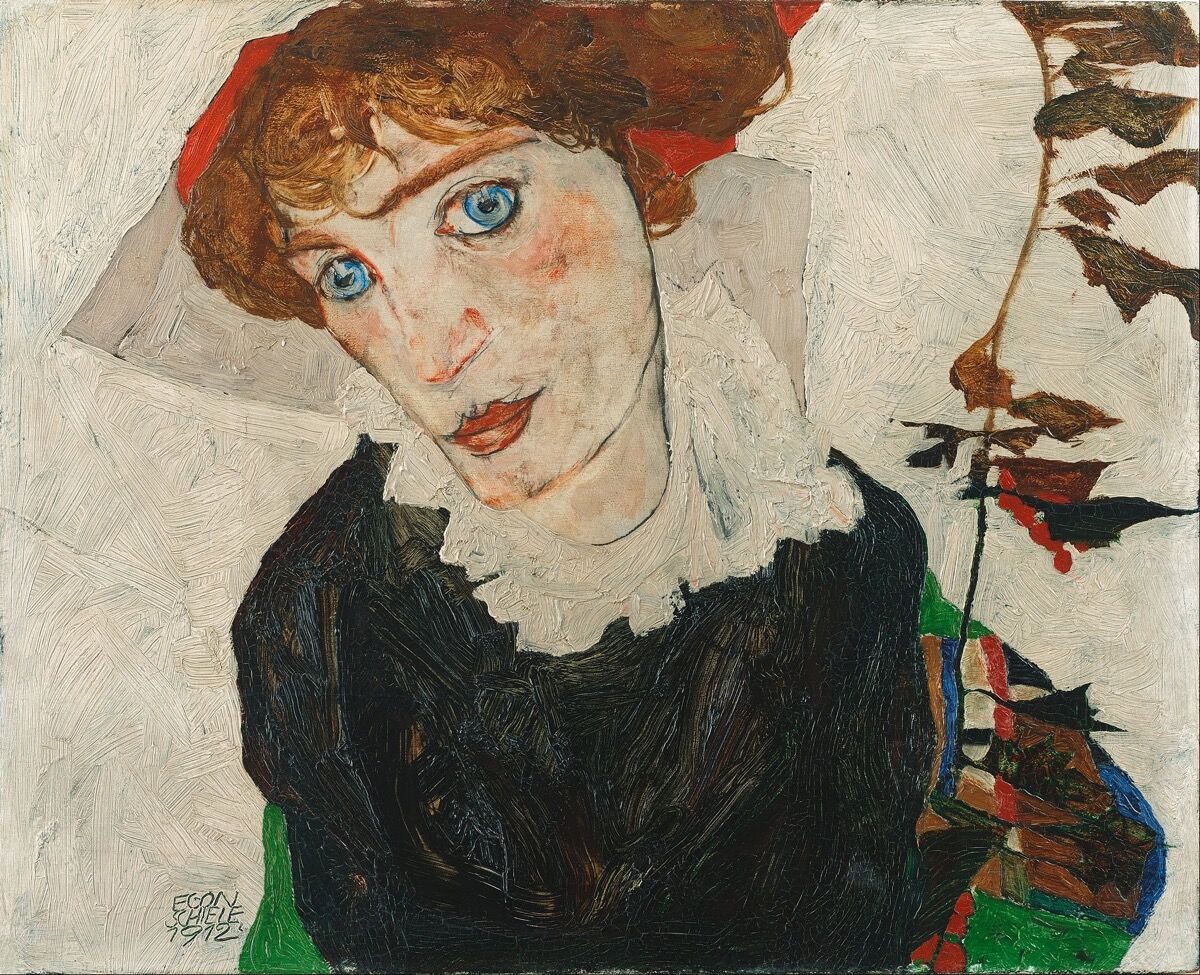 One of the earliest cases to bring the issue of Nazi looted art to the fore, the legal battle over
Egon Schiele
’s Portrait of Wally (1912) speaks to how lawsuits are not inherently inevitable but can be the result of one party (or sometimes both) refusing to work towards an equitable solution.
The Schiele painting belonged to Jewish art dealer Lea Bondi Jaray, who had her gallery Aryanized prior to escaping to London. She sold the painting to a Nazi, Friedrich Welz, who had expressed an interest in the work. After the war ended, the allied forces returned the piece to the Austrian authorities. This was standard practice: rather than return work to each heir, the allies decided give the paintings back to the rightful governments (which often were still anti-Semitic) for ultimate restitution. In this case, the Austrians returned the Schiele painting to the wrong owners.
In 1953, Bondi, who survived, asked a Schiele expert named Dr. Rudolf Leopold where her stolen work ended up. Leopold told her it was in the Galerie Belvedere but that it would be impossible to retrieve and that the Belvedere would never part with it. However, Leopold turned around and acquired Portrait of Wally from the gallery in exchange for other works.
The case heated up when Leopold loaned the Schiele, through his private museum, to the
Museum of Modern Art
in New York for a 1997 exhibition of a portion of his collection. Shortly after the piece arrived in the United States, the District Attorney of Manhattan—not the Bondis—moved to have the painting seized as stolen property. Leopold charged that this wasn’t motivated by righting a decades long injustice but rather “greed” on the part of the Bondis. MoMA and museum groups filed briefs asserting that the successful seizure of the painting would have a chilling effect on the loaning of art. In 1999, Leopold and MoMA triumphed in court against the Manhattan DA, but shortly thereafter the U.S. Attorney filed for the seizure of the same painting.
After numerous motions and appeals, the case moved through discovery (a rarity in holocaust restitution cases). Ultimately, the question became: did Leopold know that the work was stolen when he sent it to the United States for exhibition? The stage for a trial to begin in July 2010 was set, and, as O’Donnell writes “there was little doubt that the trial could be avoided given the lengths to which the museum had gone to retain ownership and the persistence that the Bondi heirs had shown in pursuing their family’s property.”
But a few short weeks before the case was to begin, Leopold died. Shortly thereafter, the Bondi heirs and the Leopold Foundation commenced negotiations and a settlement was reached. The foundation paid the heirs $19 million and the painting remained in Austria. “Leopold knew the painting was stolen,” writes O’Donnell, “He had always known it. With his arrogance and pride out of the way, a real negotiation was possible.” The publicity afforded to the case reshaped the litigation landscape. From 1990 to 1997, only two holocaust restitution cases were filed. After Wally, it seemed possible to pursue looted art in American court. 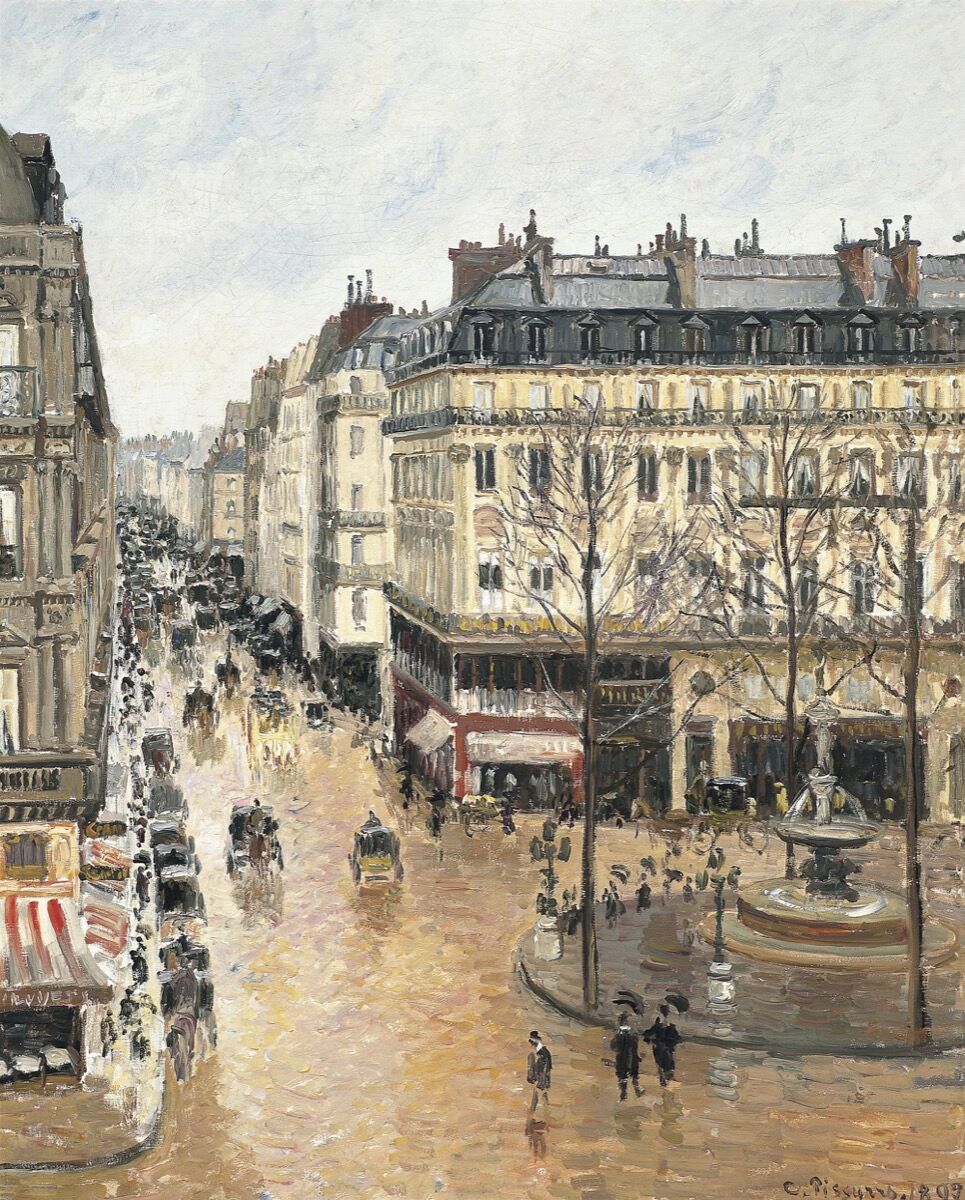 Advertisement
In 1939, Lilly Cassirer was a grandmother looking to obtain a visa and flee Germany. Before being allowed to leave, an official from the Nazi government’s chamber of visual arts searched her home and inquired about purchasing the Pissaro. “I went along with it, although I knew this price didn’t even remotely reflect its true value,” Cassirer would later testify. This kind of forced sale—one made for diminished value under coercive circumstances—proved to be the more common way Nazis acquired paintings. Rarely did they kick down the front door and seize a painting off the wall, but rather the transactions were given an air of legitimacy through forced “legal” transactions.
The painting went missing, and after the war Cassirer settled with the German government, who paid her cash for the work with the stipulation that she would still have a right to it should it resurface. In 2001, decades after Cassirer’s death, the painting was found in Madrid’s Thyssen-Bornemisza Museum and Lilly’s heir, Claude Cassirer, sued to have it returned. The case brought a crucial issue to the fore. Broadly, there was no question about the work’s history. Yet, as O'Donnell writes, Spanish authorities “look at the question from the perspective of a work of art on display for the public, which was not stolen by the government.”
Legally, under the Foreign Sovereign Immunities Act (FSIA) American courts generally can’t exercise jurisdiction over foreign sovereign governments. One exception, is if the taking of property by a government is in violation of international law. Early on, Spain asserted that they did not actually take the painting (because the Germans did) so therefore could not be sued in the United States. But the courts eventually disagreed, and the case proceeded.
The court also faced an issue that crops up in cross-continental restitution cases: should American or foreign law apply to their judgment? In the Cassirer case, the court ultimately decided to apply Spanish law, which includes something called “adverse possession.” Basically, “the concept that if you have a piece of property for long enough it becomes yours,” explains O’Donnell. Under this concept, the Cassirer heirs should have found the painting since it was in the museum’s collection since 1993—though during this time the museum was doing nothing to find the work’s owner. As such, the court awarded the painting to Spain, though the Cassirer heirs have appealed this ruling
The history of holocaust restitution cases is often murky, and tracing a painting's provenance through the war years can rarely be done with absolute certainty. But as in the Cassirer case, this reconstruction through time and space has a legal dimension when the question is, should the work have been found by the heirs? And then additionally—who should be the one reconstructing the past—institutions or the heirs themselves?
“I think the better view is that the dispossessed shouldn't bear that burden,” said O’Donnell.

40 Pieces from the Herzog collection by El Greco, Velázquez, Courbet, and more 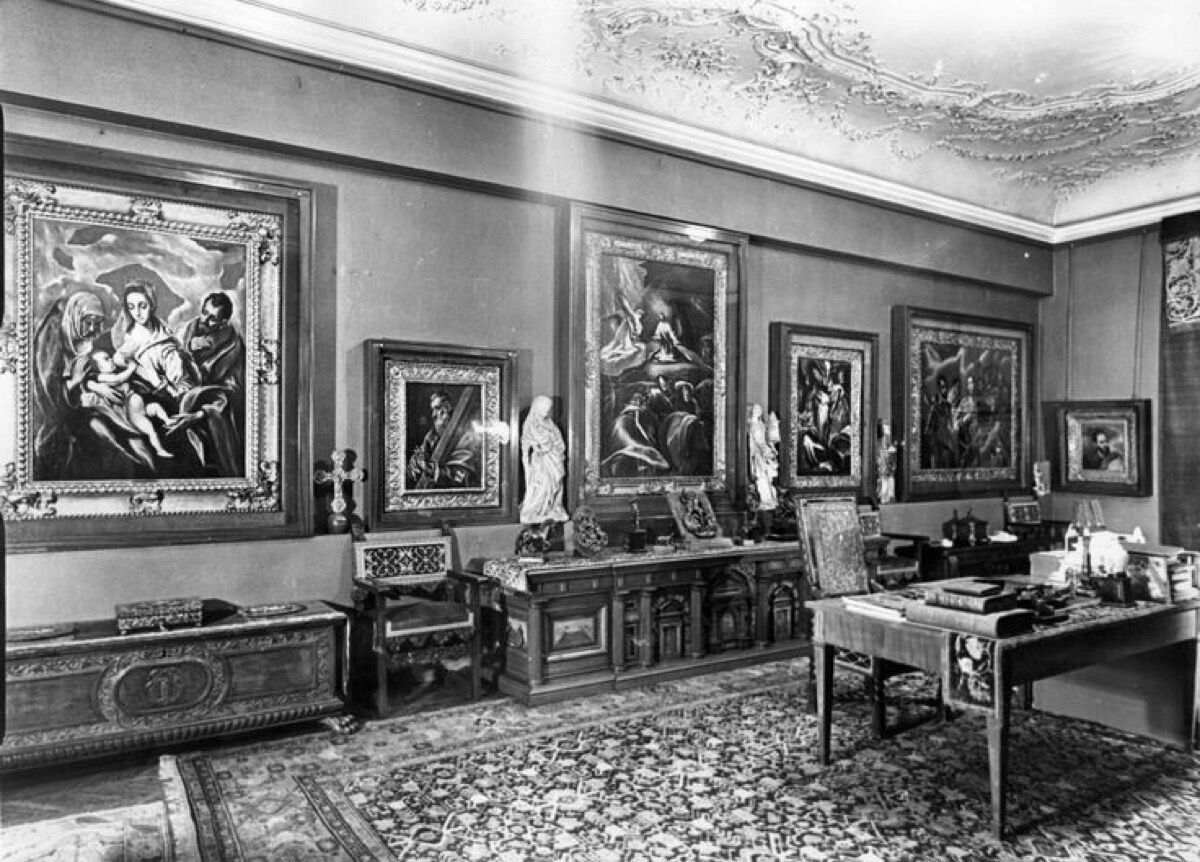 During his lifetime, the Jewish Baron Mór Lipót Herzog assembled an impressive collection of artworks from some of history’s most fabled artists, from
El Greco
to
Lucas Cranach the Elder
. Kept in the family home in Hungary, the collection was passed down after Herzog’s death in 1934. But later, as Nazi Germany exerted its influence, Hungary began passing laws dispossessing Jewish residents of their property.
The Herzog family attempted to safeguard their artwork, but it was eventually seized and some even sent to Holocaust architect Adolf Eichmann’s headquarters. After the war, a portion of the works were returned to the family in the form of short term loans, before, under “relentless harassment,” they gave the pieces to the Museum of Fine Arts in Budapest.
Shortly thereafter, as the Iron Curtain fell and a communist government came to power in Hungary, it became impossible to investigate or adjudicate issues around the Herzog collection. But in 2010, David de Csepel and two other heirs filed suit in the United States seeking the return of the collection from Hungary. They faced numerous hurdles, among them the protracted delay in filing suit, whether the litigation should be in Hungarian courts, and, as always, the question of if American courts could intervene under FSIA. To boil down years of motions and appeals into a single sentence: the court found that the rise of a communist government had stopped the clock on the statute of limitations for bringing a claim and the plaintiffs didn’t have to exhaust local remedies before filing in the U.S.
But the decision in the Herzog case on the FSIA point proved especially important. If another government takes property from its own citizens within a national border, American courts view that as the decision of a sovereign government which they cannot overrule. Hungary argued that this is essentially what had happened with the Herzog works. But the plaintiffs asserted that the taking of the Herzog collection was a violation of international law.
Significantly, the courts agreed and found that targeting someone economically in what was the prelude to genocide is part of that genocide, which is itself a crime against international law. Thus, American courts can intervene. The case was allowed to proceed—though Hungary is appealing. Like so many others, this suit is likely to drag on, especially with a right wing government in Hungary unlikely to look for an amicable settlement.
In 1998, the Washington Conference produced a set of principles—including a shared commitment to “fair and just solutions”—for the return of Nazi looted art. The principles were agreed to by the 44 attending nations, Hungary included. So with this in mind, “why is Hungary resisting in this fashion?” asks O’Donnell in his book, citing a slew of other cases in which there is no doubt that paintings were taken by Nazis, but where institutions and governments assert legal reasons to hold onto the works. In a sense, the moral questions are not addressed, while legal questions are.
“Such answers are always couched in why one can keep the artwork,” writes O’Donnell, “but not whether one should keep it.”
Isaac Kaplan is an Associate Editor at Artsy.
Related Stories