30 Years since the Berlin Wall Fell, Artists Reflect on the Barriers That Remain 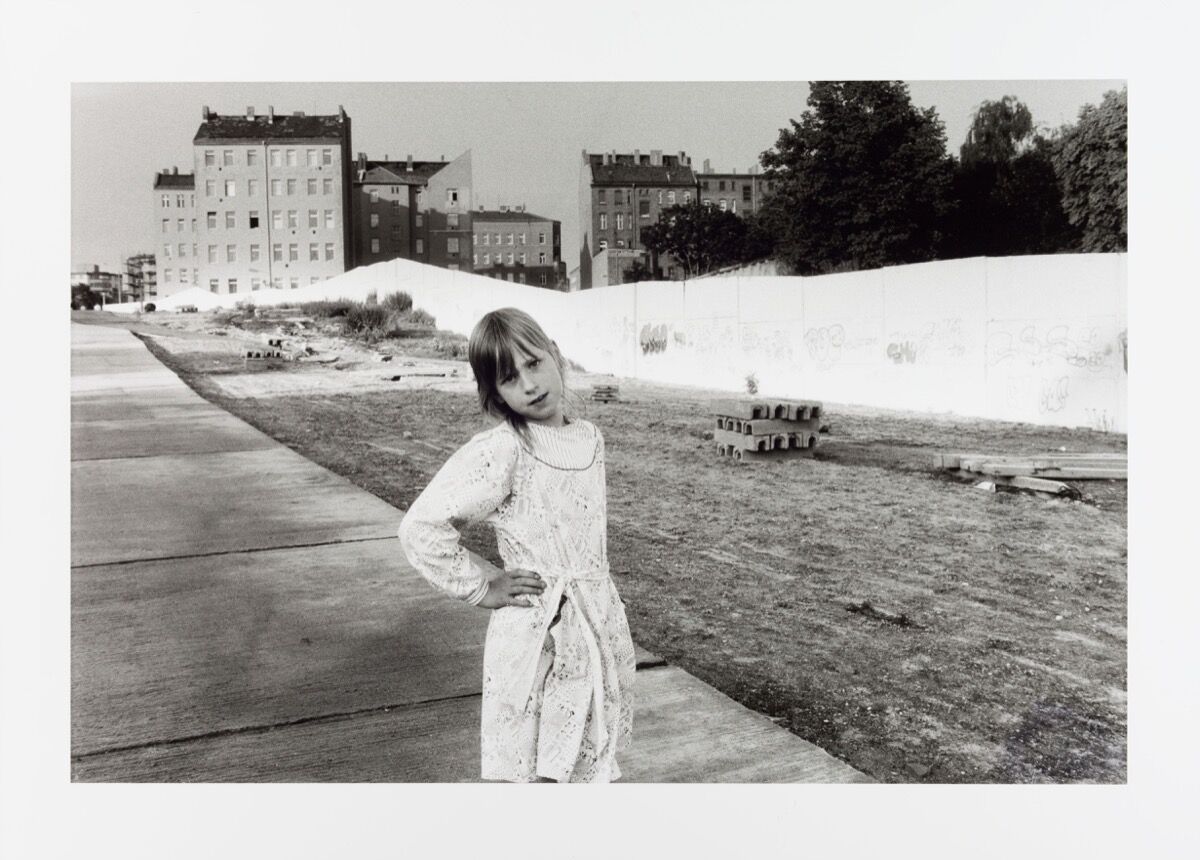 The East German photographer
Sibylle Bergemann
documented her divided city in quiet, melancholy black-and-white images before and after the fall of the Berlin Wall. By 1990, the wall was being slowly chipped away by thousands of souvenir-hunters with little pick-axes. She photographed a battered segment with writing scrawled across it. “A few chunks of concrete are gone,” the graffiti says, in German. “The wall between skin colors and cultures remains.”
This photograph is featured in the exhibition “Walking Through Walls” at the Martin-Gropius-Bau, which marks the 30th anniversary of the peaceful revolution. And the image is a fitting summation of the show’s intent. Featuring 28 contemporary artists, “Walking Through Walls” takes the momentous events of 1989 as a starting point to consider the present. The exhibition, on view through January 19, 2020, aims to explore “walls in the mind”—the barriers that prevent us from communicating, understanding each other, and making progress. 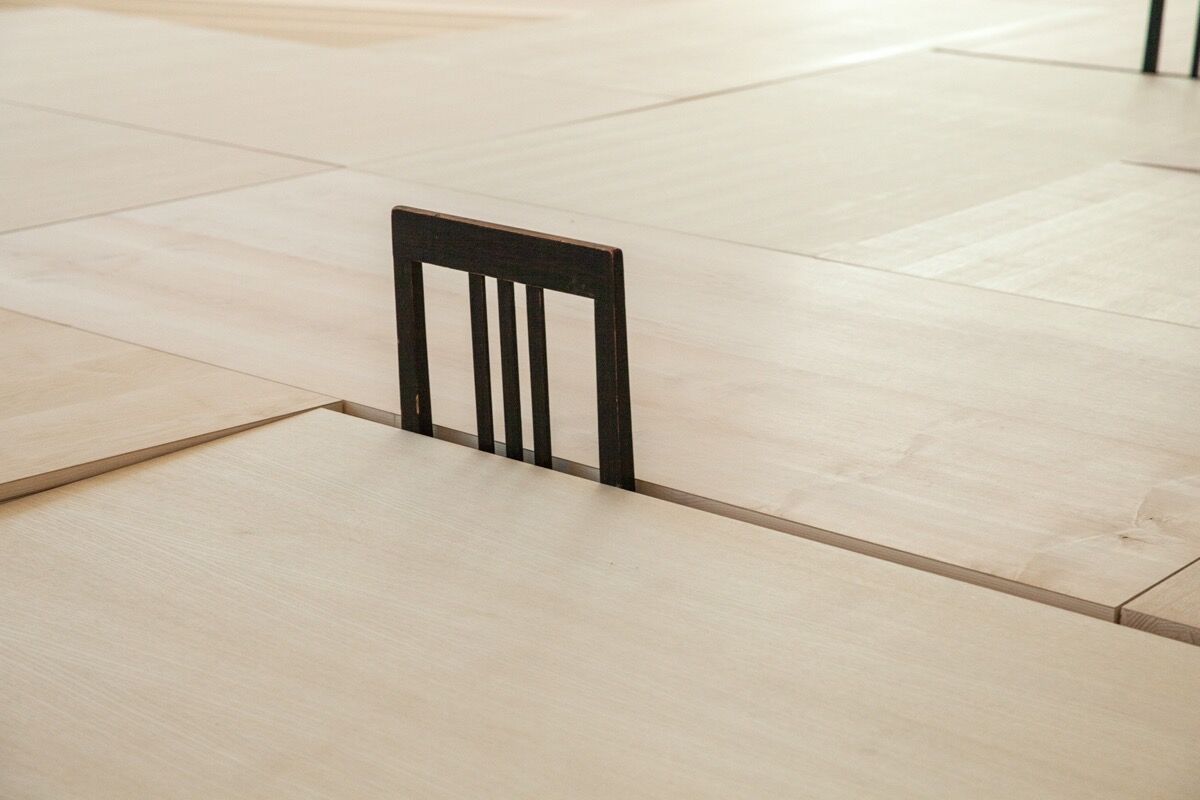 This wide-ranging, thematic exhibition is an example of the kind of conceptual survey that Stephanie Rosenthal, the director of the Martin-Gropius-Bau since February 2018, says she plans more of. But there is a danger of becoming diffuse and unfocused with such breadth. Bergemann’s photographs, positioned intermittently throughout, help to give the show a discreet orientation. Many of her images explore disparate worlds colliding in the upheaval of post–Cold War Berlin; a wholesome cowboy on a poster advertising cigarettes, for instance, next to an amputated section of the wall in a desolate, concrete cityscape that could not be further from the Wild West.
The cowboy poster, staked like a flag claiming newly conquered territory, could symbolize the victory of Western capitalism and liberalism. With the fall of the Berlin Wall and the end of the Cold War, the big ideological conflict of the late 20th century seemed to many to be resolved in 1989. Thomas Oberender, the managing director of the Berliner Festspiele, which oversees the Martin-Gropius-Bau, reminded journalists at the exhibition opening that Francis Fukuyama, an American expert in international relations, even raised the prospect of “the end of history.” 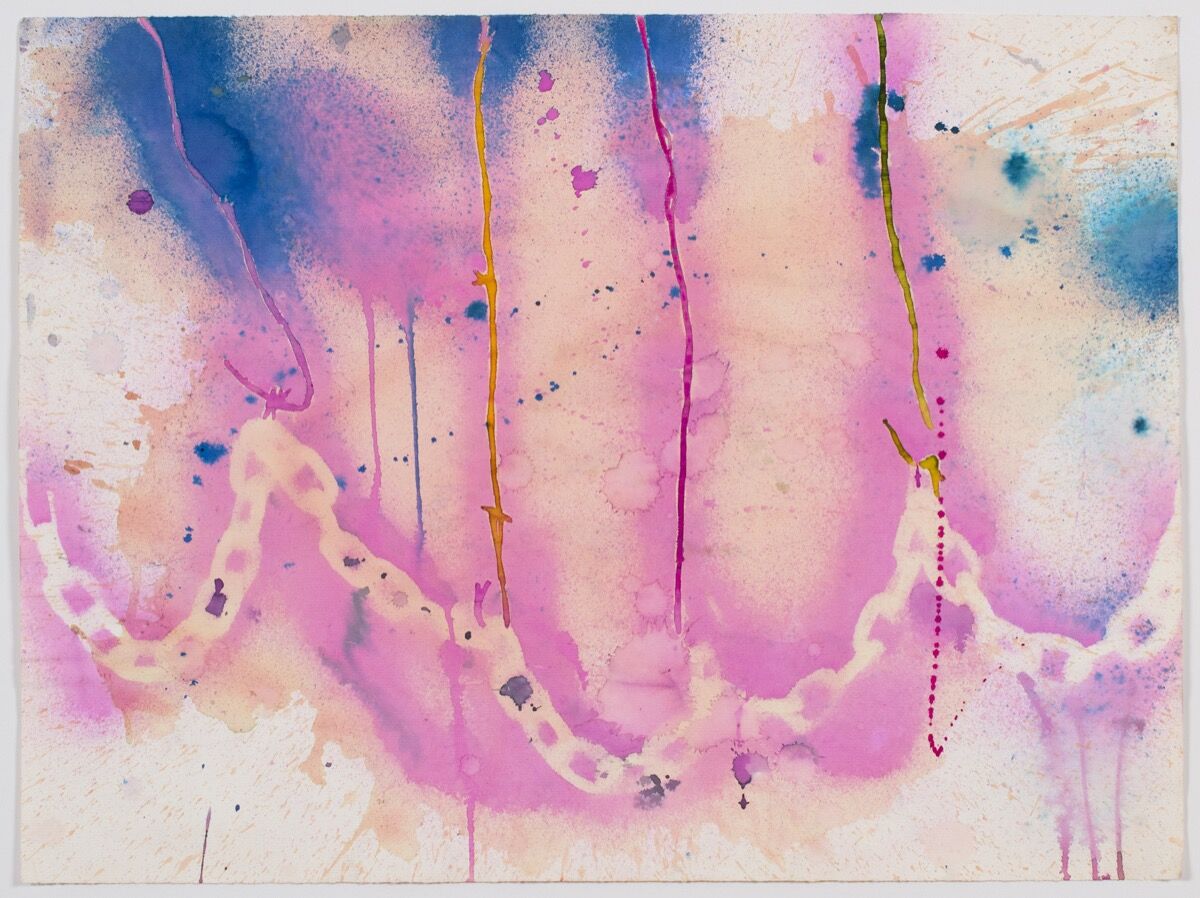 Advertisement
But 30 years on, the world seems more divided and polarized than ever—a battleground for groups divided by wealth, gender, religion, culture, ethnicity, and ideologies. “There are lots of walls in our heads, and these are perhaps the more dangerous and more difficult to tear down,” said Sam Bardaouil, who curated the exhibition together with Till Fellrath.
Communication failures are the theme of
José Bechara
’s large installation OK, OK, Let’s Talk (2006), which dominates one room of the exhibition. Around 50 wooden tables are pushed together, not quite fitting neatly—some are tipped and create peaks and rifts on the surface. Two chairs are wedged between the tables, far apart and impossible to reach. A similar theme emerges in
Dora García
’s work Two Planets Have Been Colliding for Thousands of Years (2017). Two performers move in non-concentric circles painted on the floor, maintaining the same wary distance, their eyes interlocked. Their silent, intense movements suggest mistrust, even among those closest to us.

An unsettling video work by
Marina Abramović & Ulay
from 1977, Light / Dark, shows the artists kneeling and facing each other, taking turns to slap each other. It is an attempt to create art in cooperation—the couple was trying to develop a rhythmic sound effect—but also a painful form of communication.
Repression and violence gain poetry in the delicate watercolors of pioneering African American artist Melvin Edwards. Dating from 1974–75, the enigmatic chains, hooks, and barbed wire in pastel shades suggest a narrative of racial segregation and displacement that has been softened and obscured over time. Installation view of Nadia Kaabi-Linke, All Along the Watchtower, 2012 / 2014, in “Walking Through Walls,” at Gropius Bau, Berlin, 2019. Photo by Timo Kaabi-Linke. Courtesy of the artist.

A real border in the form of a sandy Mediterranean beach is the scene for the Danish artist
Michael Kvium
’s 2017 painting Beach of Plenty. Three vacationers in swimsuits watch from the shore as a rubber dinghy packed with refugees approaches. One refugee has jumped overboard and appears to be in trouble, yet the sun-seekers on the shore seem only vaguely curious. This meeting of worlds separated by money and privilege, conflict and need, was first captured in a press photograph. Kvium said he “wanted to portray the passivity and lack of empathy I experienced in Europe at the time” of the refugee crisis.
Created in 2015—the year Germany accepted a record number of refugees—
Emeka Ogboh
’s 10-channel audio installation The Song of the Germans features African immigrants singing the German national anthem in their various native languages. Ogboh had moved to Germany for a residency in 2014 and is interested in issues of race, nationality, and identity in a globalized world. 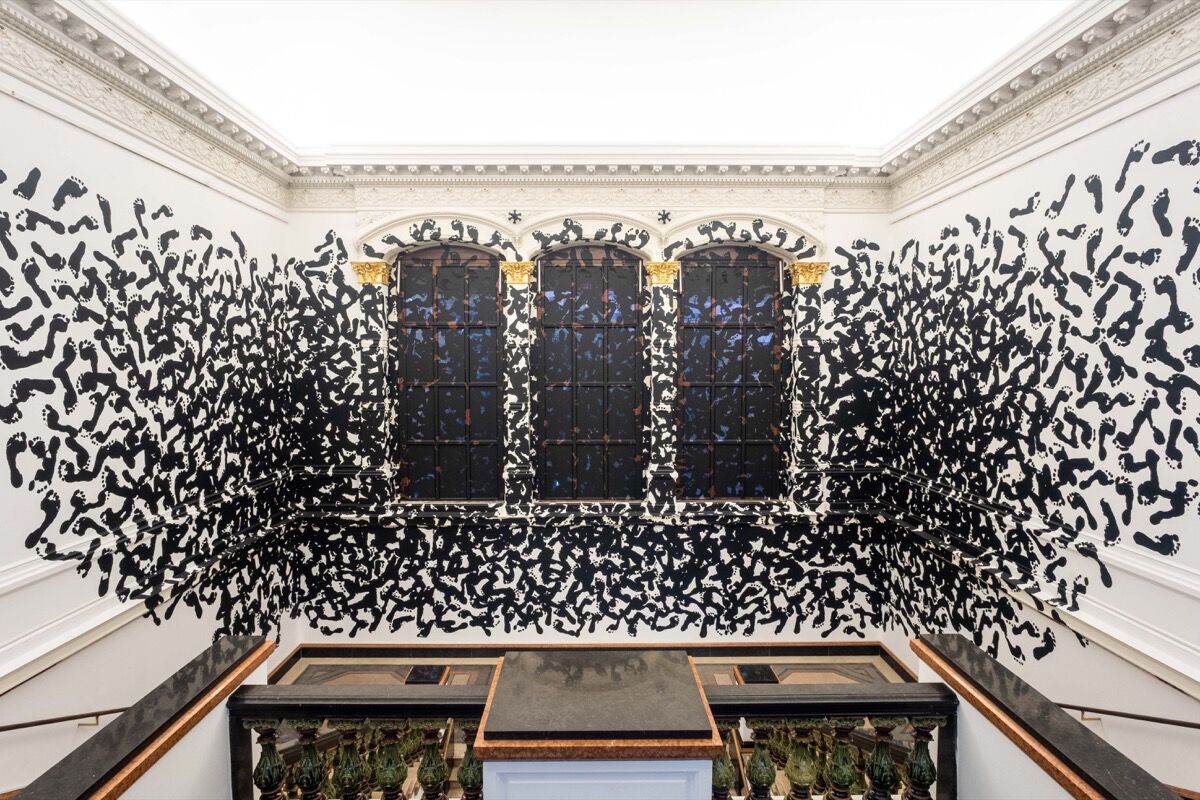 The Martin-Gropius-Bau itself was on the physical front line of the Cold War, just on the West Berlin side of the wall—and the exhibition is at its most successful when it alludes to that context with local reference points.
Nadia Kaabi-Linke
’s All Along the Watchtower (2012), one of the show’s most haunting works, is an eerie shadow of a Berlin watchtower looming across an entire room. The gallery looks out onto the Topography of Terror—the site of the Gestapo’s headquarters—where one of the last remaining stretches of the wall still stands.
During the decades of division, the front entrance of the Martin-Gropius-Bau was inaccessible, blocked by the border. Visitors had to use the smaller southern entrance.
Regina Silveira
’s installation created especially for the exhibition, Intro 2 (Irruption Series) (2019),recalls the footfall through this backdoor with a mass of enlarged footprints on the windows and walls of the stairwell—as though a swarm of giants had stampeded through in panic.
Catherine Hickley
Related Stories