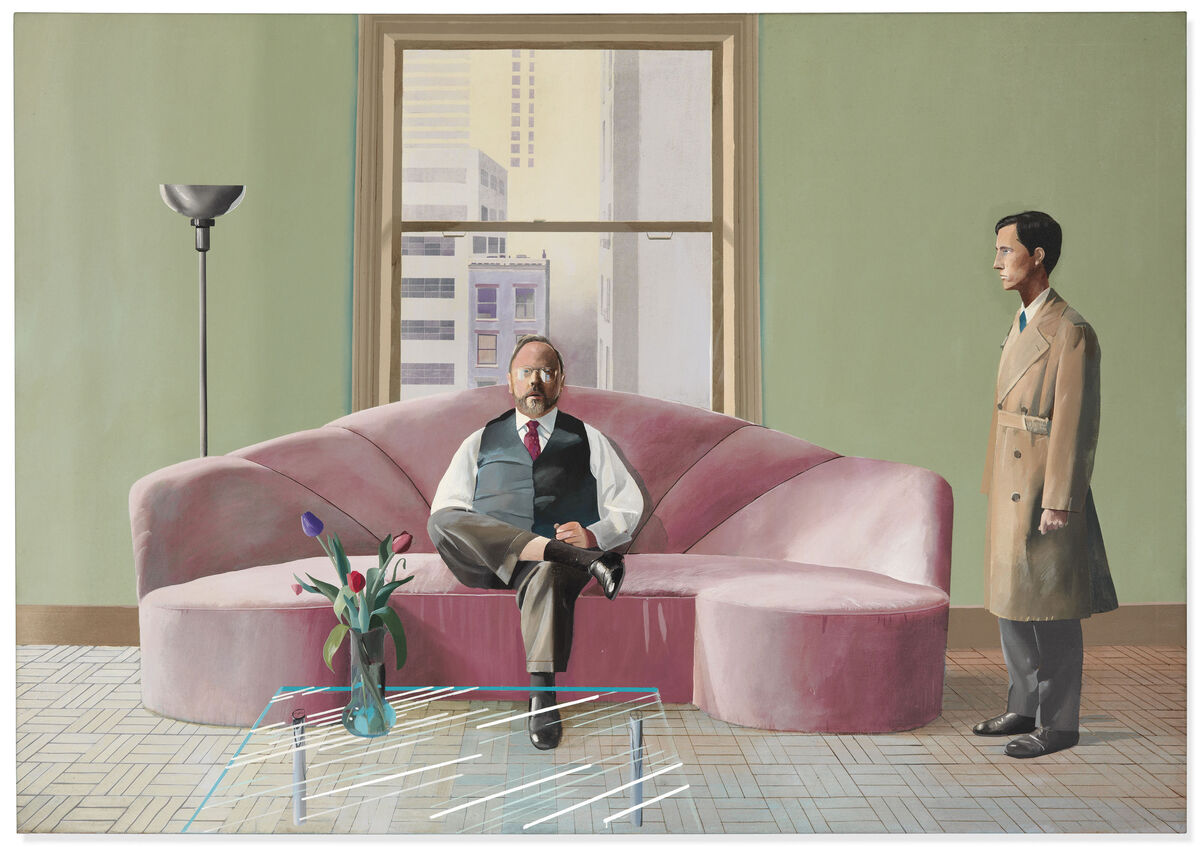 Christie’s post-war and contemporary art evening sale in London was a swift success, if not a rollicking one, with all but three of the evening’s 41 lots finding buyers in a little over an hour, for a sell-through rate of 93% by lot.
The sale’s total of £79.2 million ($104.3 million) was a significant drop from the equivalent evening sale one year ago, which brought in £137.9 million ($190 million) across 65 lots, setting a record for a contemporary art auction in Europe. With a no-deal Brexit now looming and London’s status as the foremost art marketplace in Europe hanging in the balance, it’s not entirely surprising that Wednesday night’s sale was a more measured affair. The Christie’s sale also fell short of rival house Sotheby’s evening sale of contemporary art the night before, which notched £93.2 million ($122.8 million); Sotheby’s did, however, have a marginally worse sell-through rate of 90.9%.
Still, the evening’s banner lot outperformed its pre-sale estimate, and a number of artists’ records were broken. 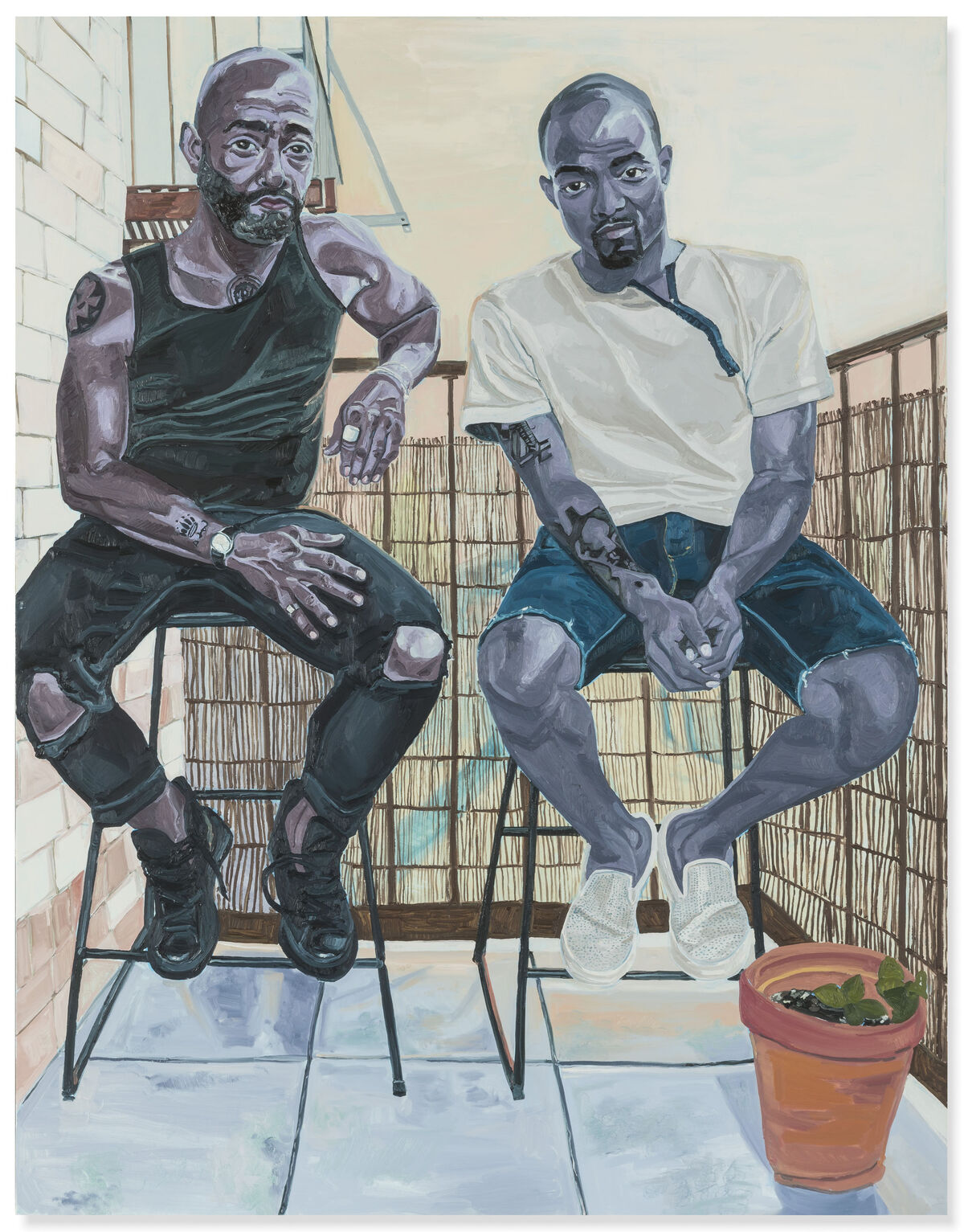 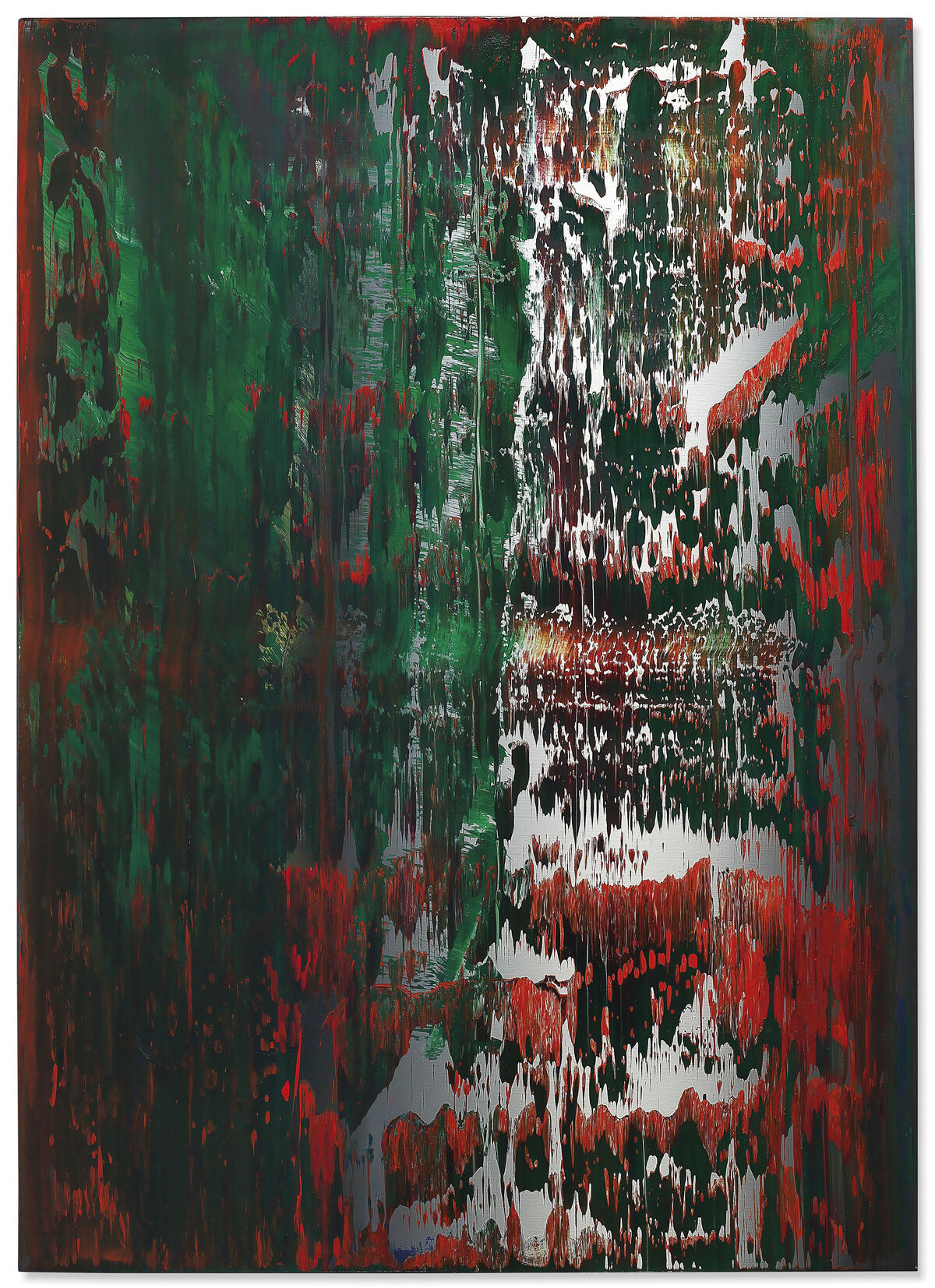 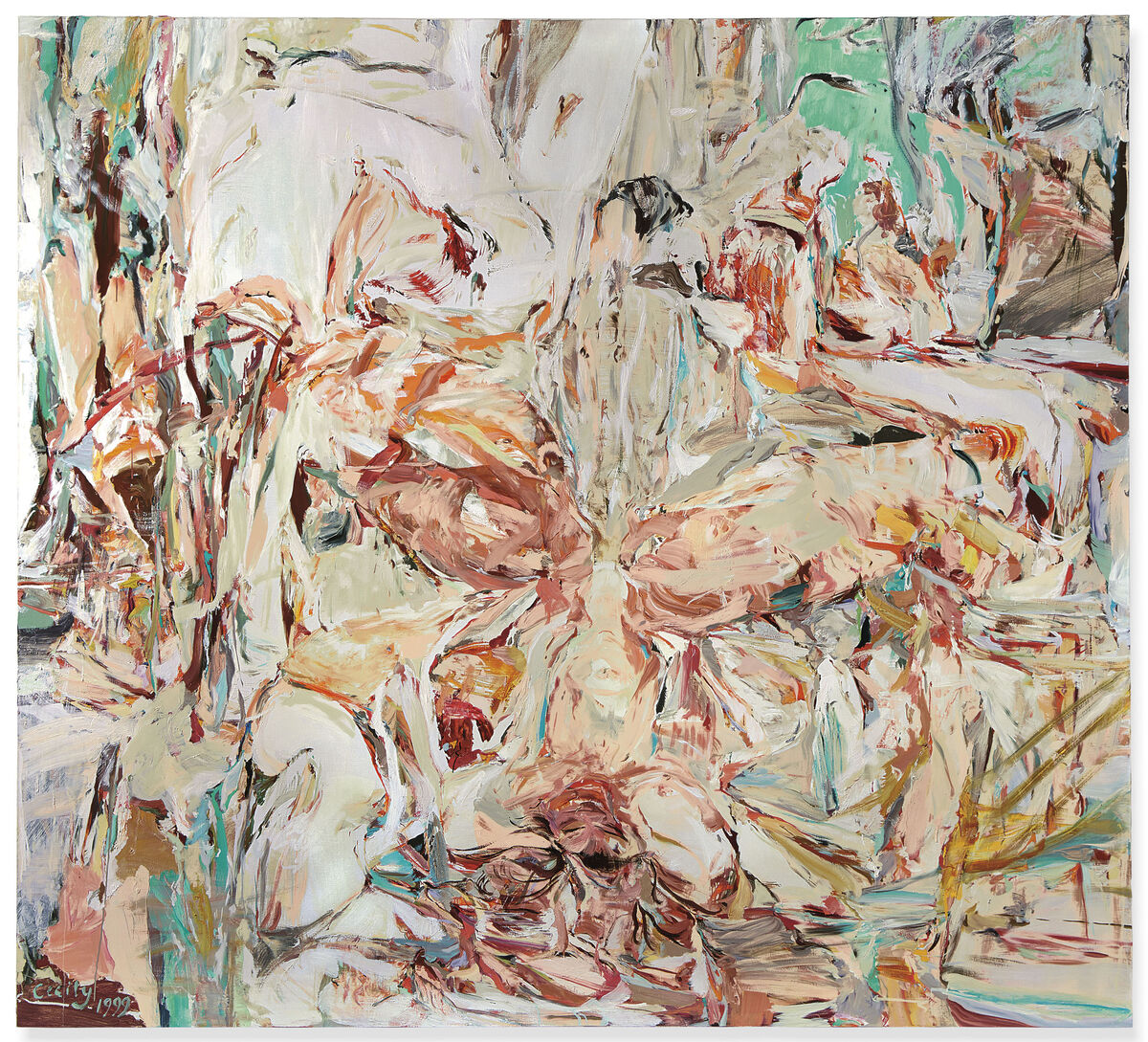 Advertisement
The Harlem-based painter
Jordan Casteel
was among the three artists whose records were broken Wednesday night (the other two were painter
Jonathan Yeo
and sculptor
Barry Flanagan
). The first lot of the night, Casteel’s double portrait Patrick and Omari (2015), hammered down at £240,000 ($316,000), or four times its high estimate, after a bidding war among Christie’s specialists and an online bidder; Christie’s senior client advisor Sumiko Roberts logged the winning bid. With fees, the price came to £299,250 ($394,000), nearly five times Casteel’s previous auction record of $81,250, set last May at Sotheby’s in New York.
The jubilant bidding extended to the evening’s second lot,
Henry Taylor
’s portrait painting Chris (2004), which eclipsed its high estimate of £50,000 ($66,000) and finally hammered down at £130,000 ($171,000), or £162,500 ($214,000) with fees.
But after that opening salvo, bidding became more cautious, with auctioneer Jussi Pylkkänen willing the evening’s first seven-figure lot,
Adrian Ghenie
’s The Collector 4 (2009), just reach and hammer down at its low estimate of £2.2 million ($2.9 million), or £2.7 million ($3.6 million) with fees. 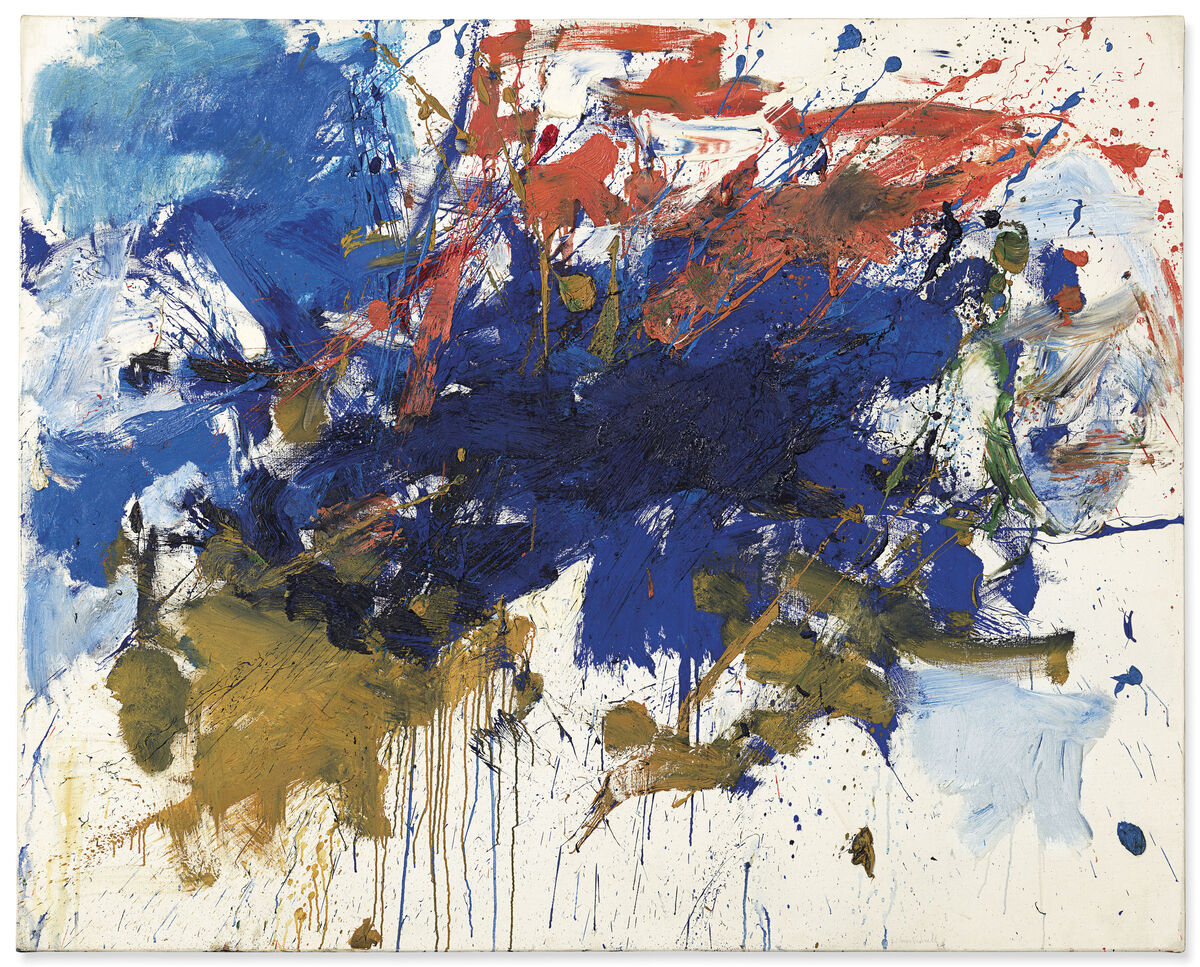 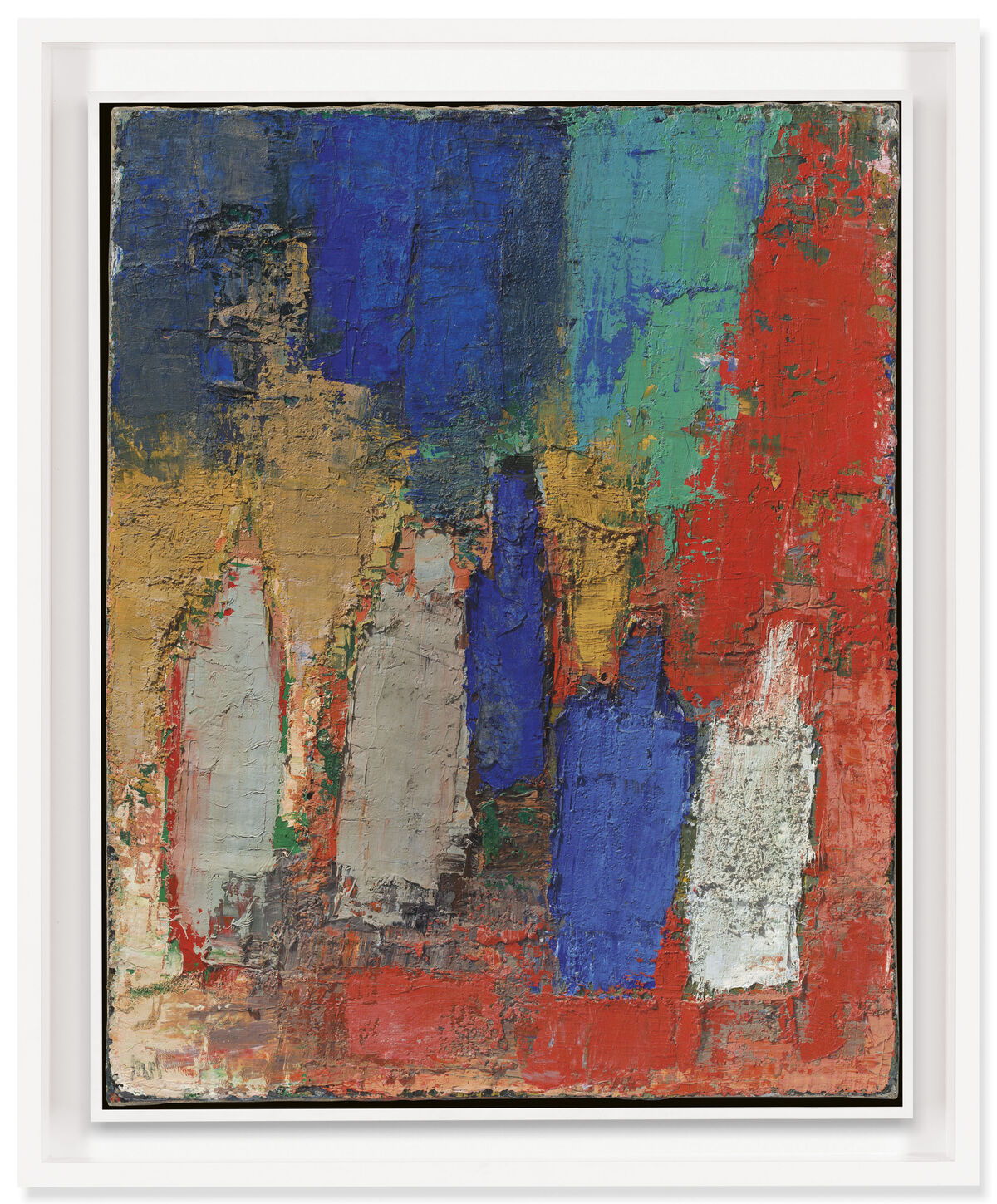 Though the night’s banner lot fared well, and there was plenty of action for many of the lots under £1 million, several of the Christie’s works in the low seven-figure range struggled to meet their low estimates or went unsold.
George Condo
’s Untitled (2016),
Jean Dubuffet
’s Clartés Alentour (Surrounding Clarity) (1956),
Joan Mitchell
’s Blue Michigan (1961),
Lucio Fontana
’s Concetto spaziale, Attese (1960), and
Pierre Soulages
’s Peinture 162 x 130cm, 16 octobre 1966 (1966) all hammered down for exactly at or well under their seven-figure low estimates. Contrasted by the sale’s high sell-through rate, we may not yet be looking at a slowdown, but Brexit-rattled U.K. buyers do seem sobered for now.
The post-war and contemporary art sales continue at Christie’s in London with a day sale on Thursday. Thursday’s evening sale at Phillips will close out the week’s major auctions, though they’ll be followed by a dedicated evening sale of works from the collection of late pop superstar George Michael at Christie’s on March 14th.
Benjamin Sutton is Artsy’s Lead Editor, Art Market and News.
Related Stories

David Hockney Is Now the World’s Most Expensive Living Artist 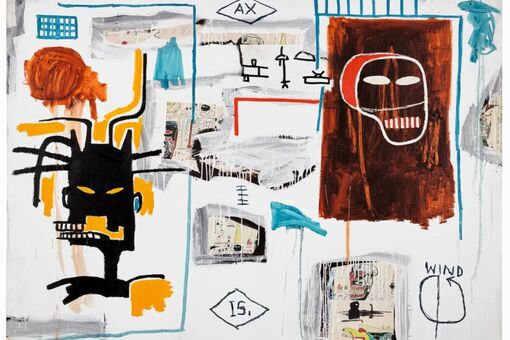 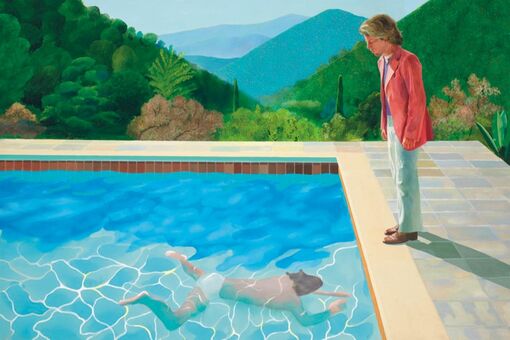