4 Things Collectors Should Know about Buying Art in Uncertain Times 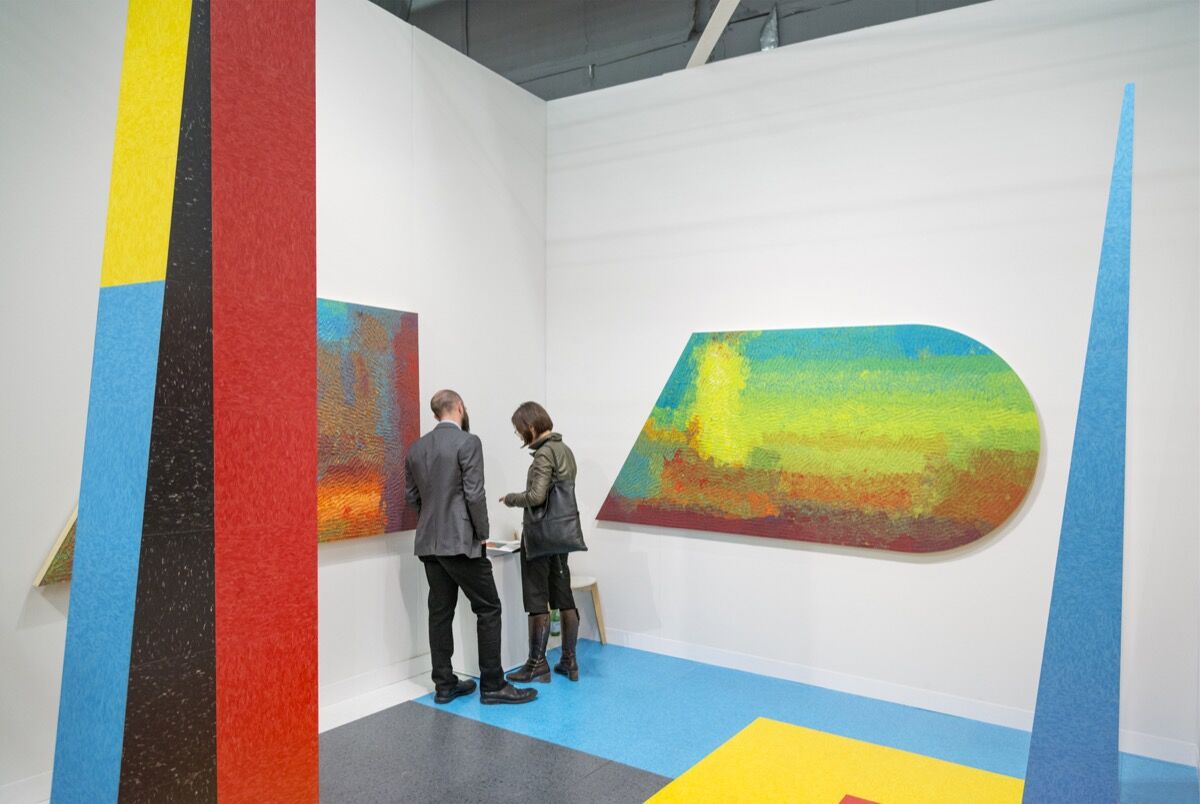 We are living in uncertain times—at least, that was the claim that kicked off a panel on Wednesday held at the Neue Galerie in New York. Moderator and editor-in-chief of ARTNews Sarah Douglas opened by rattling off a laundry list of art market woes: Sales volume had dropped markedly even before the art world’s summer lull, and the following one-two punch of Brexit and the polarizing U.S. presidential election has left art collectors and dealers even more on edge; the 2016 New York fall auctions brought in about half of last year’s total, with prices for some emerging artists at Phillips’s recent “New Now” sale down 90%; and looking ahead to next month’s auctions in London, both the volume of lots and their pre-sale estimates are down.
The four panelists—CEO and President of Athena Art Finance G. Andrea Danese, art advisor Mary Hoeveler, collector Pamela Joyner, and tax attorney Jason Kleinman—were tasked with explaining how this uncertainty might impact collecting. Below are four takeaways from the discussion.

Undervalued artists get a boost

Douglas pointed out that, under uncertain market conditions, art collectors turn to undervalued artists that offer lower prices and a relative guarantee of return on investment. Hoeveler noted that as the art world expands to include once-marginalized groups, it is a particularly good time to invest in historically under-appreciated artists. “The fact of the matter is that so many people are flooding into the market now, with the emergence of wealth globally and also the internet with its new, unprecedented levels of access and transparency,” she said. “It’s created a tremendous democratizing effect on the market overall.” There’s been a rethinking of the canon, she said, that has welcomed identity politics and an increasingly globalized set of artists. “In general, a rediscovery of artists is underway,” she said. “Collectors want to look back now.”

Whether Trump or Clinton, the presidential election will play a part in the future of collecting

Uncertainty is not limited to the art market, of course, and the most obvious example today is the outcome of the upcoming U.S. presidential election. Kleinman, an associate at Herrick Feinstein LLP, explored the ways in which both candidates might move tax policy with regards to art. “If Trump were to become president, I don’t know that he would get into the weeds of really tinkering with the tax rules,” Kleinman noted. “But the one tax rule he’d be possessive of is 1031. You really can’t overstate how important it is to real estate in this country.” Internal Revenue Code Section 1031 allows people to buy and sell real estate without having to immediately pay taxes on any gains, as long as the gains are reinvested in a similar property. Although investors cannot use this loophole for purchases of stocks and bonds, Kleinman said that there is a “growing market of people who rely on 1031 also for art.”
Trump certainly wouldn’t get rid of 1031. In fact, he might even expand it, the panel contended. Hillary Clinton, on the other hand, “has said very clearly she wants to get more revenue out of the system,” Kleinman noted. “I don’t think she’s talking about middle class people. I do think she wants to skim it from the top.” Although the attorney notes that, in terms of 1031, the government is losing significantly more money through its application to real estate than to art, a Clinton presidency might mean a crackdown on the policy as a whole and that could affect a certain subset of art collectors.

Slowdown or not, the art market is still a force to be reckoned with

Hoeveler, who has worked in the art world since the early 1990s, noted that there was a pattern to the ups and downs of the market. These “waves,” as she termed them, have been accelerating, she said—instead of happening every seven to 10 years, now they’re occurring every three to five. But, despite this roller coaster effect, “the upward trend is consistent,” she notes.
Danese also spoke to the growing strength of the art market: “The more money that goes into a market, the more attention is paid to it. This is becoming a considerably big market.” He noted that now, even in a softened market, there’s still healthy and significant activity if you know where to look. “There’s a very interesting trend that we’ve been observing,” he said. “More and more of the market is shifting away from the auction houses and moving to the dealer, where people can get greater security in the moment they trade because there’s no exposure to the market.”

“I think that the softened market separates the men from the boys, so to speak,” said Hoeveler, an art advisor who previously served as managing director for the Citigroup Private Bank Art Advisory Service. “People who are serious collectors don’t flee when the market is down.” Case in point: Joyner, a San Francisco-based businesswoman who has amassed a significant collection of African-American art, mentioned that she’d decided to purchase a new work in the taxi on the way to the panel that evening.
Hoeveler also noted that a slowdown might actually improve the quality of art being collected. “One of the trends in the market that’s become more and more disturbing is that collectors are equating market approval with quality—as if somehow because people are willing to spend a lot of money for an artist, it means he or she must be a good artist,” Hoeveler said. “So I always welcome these corrections for that reason, because it requires people to step back and think for themselves about where they are in relation to collecting.” It’s a sentiment that has been echoed by other art-world experts, including art advisor and curator Jeffrey Deitch during a panel discussion at this year’s Armory Show.
Abigail Cain
Related Stories