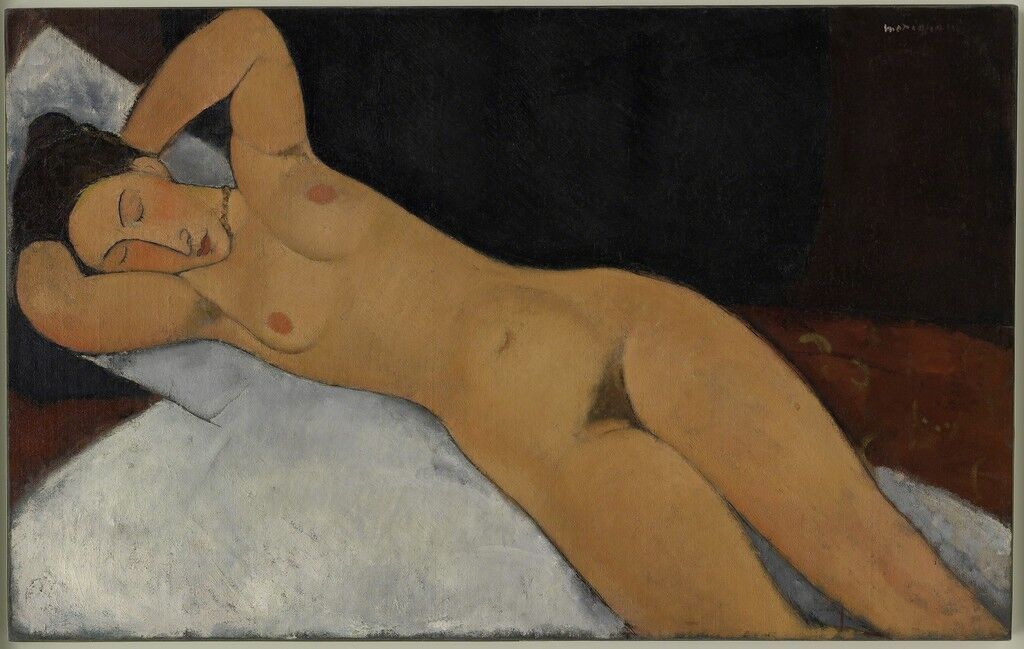 Amedeo Modigliani
Nu, 1917
Guggenheim Museum Bilbao
A sweep of headlines in recent years might give the innocent bystander the impression that the art world has lost its moral compass. For example, the tens of millions of dollars worth of fakes sold through the Knoedler & Company gallery started making headlines in 2011 and resulted in ten lawsuits and at least one guilty plea for wire fraud and money laundering. The 2016 leak of the Panama Papers showed how the wealthy stash art offshore and use shell companies to mask their ownership, including allegedly to hide Nazi-looted art or conceal it from an unsuspecting spouse. And antiquities smuggling may have reached new heights with Subhash Kapoor, the now-jailed former owner of Art of the Past on Madison Avenue whose $100 million trove of contraband objects, found in warehouses in Manhattan and Queens, was described as “a black-market Sotheby’s” by an American investigator.
But all of this malfeasance merely builds on centuries of practice, according to Philip Hook, senior director of the Impressionist and Modern Art Department at Sotheby’s in London. In his witty and entertaining new book, Rogues’ Gallery: A History of Art and Its Dealers (2017), he takes the reader on a tour of art-world impropriety from the Renaissance to the present. Hook’s final chapter looks at the 21st century, but he refrains from too much detail on contemporary practices, prioritizing instead, “good relations with [his] colleagues.”
Hook does profile dealers who have been heroic in their support of modern art and of artists. Still, in his account scapegraces predominate. Here are 5 dicey behaviors with, as they say in the art world, impressive provenance.

A 2016 study by Deloitte found price manipulation was the highest-ranked concern among the art market community, with roughly three-fourths of those surveyed describing it as a “major damaging factor to the reputation of the global art market.” But the practice was sufficiently common in the 18th century to be mocked on stage.
In Taste, a satire by Samuel Foote, Mr. Puff, the auctioneer, explains to Carmine, the artist who has painted a fake
Guido Reni
, how part of the take must go to the confederate who helped bid up the price. In 1872, Paul Durand-Ruel, the great promoter of the Impressionists, bought 400,000 francs of
Jean-Francois Millet
’s work, then ignited “a fever” for the artist through secret representatives bidding up prices at auction. He later told Renoir, “It is essential that public sales reach big figures, whether or not the prices are fabricated.” 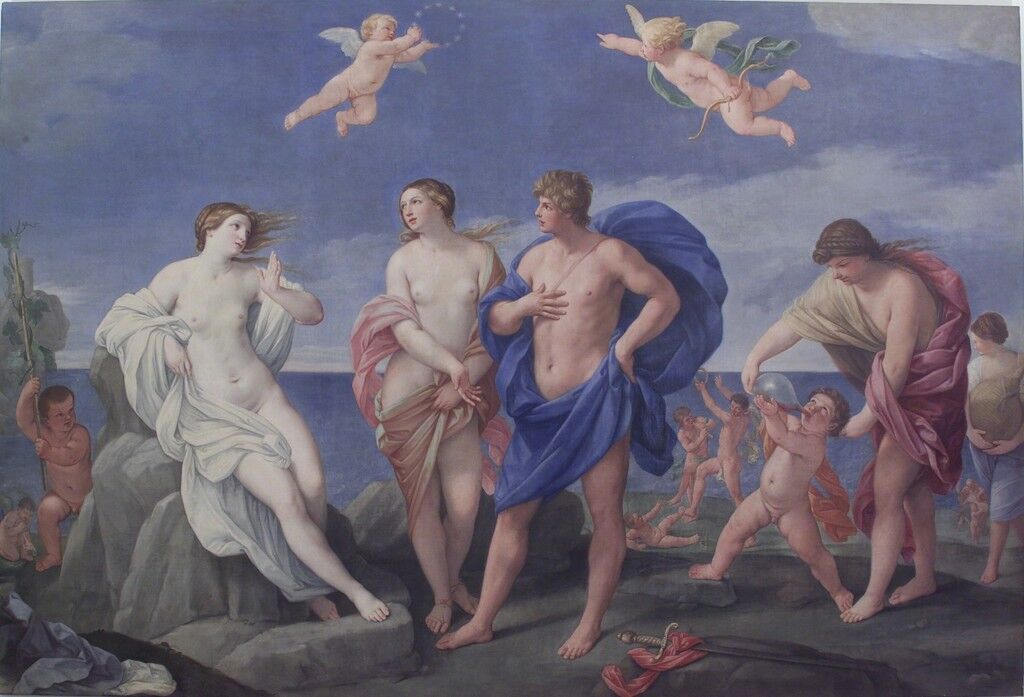 Export restrictions to keep a nation’s patrimony may seem a gut reaction to contemporary globalism. But the protectionist instinct, especially towards cultural artifacts, has a long history, as does the ability to evade it. When the Grand Tour brought the English to Italy in the eighteenth and nineteenth centuries, dealers and agents helped them find and acquire antiquities.
The Earl of Leicester built Holkham Hall in Norfolk, England, to house his art collection, but the halls might have been far emptier had his representative not found help to evade the export restrictions instituted by Pope Clement XI in 1701, including by labeling the items as “ordinary” to facilitate their discreet exit from Italy.
Some of the traffic is finally heading the other direction: In 2011 the J. Paul Getty Museum in Los Angeles returned its seven-foot sculpture of Aphrodite, for which it paid $18 million in 1988, to Italy, one of the many restitutions recently made by American museums.

Fakes have circulated on the art market for centuries. In the 17th century, Gerrit van Uylenburgh, the son of Rembrandt’s dealer, was suspected of copying a consignment of paintings from a dealer in Paris. Once he had sold the copies as originals, he is rumored to have returned the originals, unsold, to Paris.
Hook revels in the irony that the Paris dealer with whom van Uylenburgh transacted had himself been accused of selling copies as originals, and raises the possibility that van Uylenburgh had copied a set of copies. In the case of
Amedeo Modigliani
, who died young in 1920, his dealer Léopold Zborowski was so keen to place the artist’s works that he continued to sell a number of canvases that were purported to be the work of Modigliani but were in fact painted after the artist’s death.

Art authentication requires experts—but how impartial are experts when their income is directly affected by their decisions? Bernard Berenson, the famous 20th century connoisseur of the Italian Renaissance, posed as a disinterested party while taking money from the famed British dealer Joseph Duveen, known for selling Old Master paintings to wealthy Americans. Berenson’s attributions on occasion seem to have been chiefly motivated by the effect they would have on his bank account.
A century earlier, letters show that art speculator William Buchanan was dismayed when he suspected that the president of the Royal Academy,
Benjamin West
, was questioning the authenticity of one his pictures. The same letters show him hitting upon the perfect solution, bribing him with a 5 percent cut lest “his tongue...wag to our prejudice."

Superior intelligence is key, both on the battlefield and in the art market. In the 1920s, Joseph Duveen paid legions of his wealthy clients’ servants for useful information. For example, Baron Maurice de Rothschild was a difficult man at best, and was often at his worst during bouts of chronic constipation. Duveen kept himself informed on when the baron had been able to relieve himself, an event that he knew would put Rothschild in a state more favorably disposed to a sale.
With new technology, new techniques of spying became possible. By the mid-1950s, an employee at Wildenstein & Co. in New York had competitor Knoedler’s phone wiretapped for information about clients, prices, and works for sale, according a lawsuit later filed by Knoedler and reported by The New York Times (the suit was later dropped).
Bill Glass
Related Stories