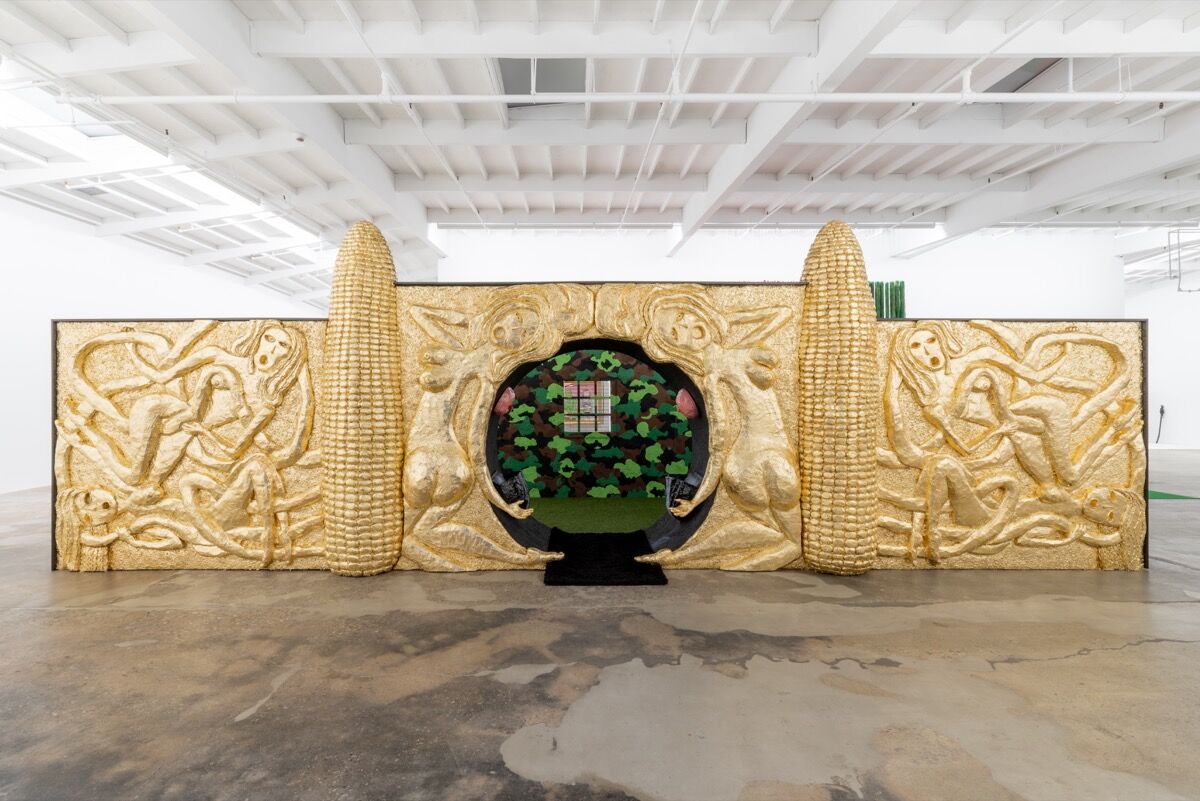 In any other year, the familiar white Frieze tents would be going up in Regent’s Park, heralding the start of the most exciting week of the London arts calendar and kicking off a city-wide schedule of exhibition openings, private views, dinners, parties, and boozy receptions.
But this year, the mood in the city is more somber. Following a brief return to normalcy (or something vaguely like it) this summer, the U.K. has witnessed a steep rise in coronavirus cases, which has led to a newly legislated 10 p.m. curfew for hospitality businesses in England, a ban on social gatherings of more than six people, and new fines for people caught without masks where required. A second full lockdown seems imminent. 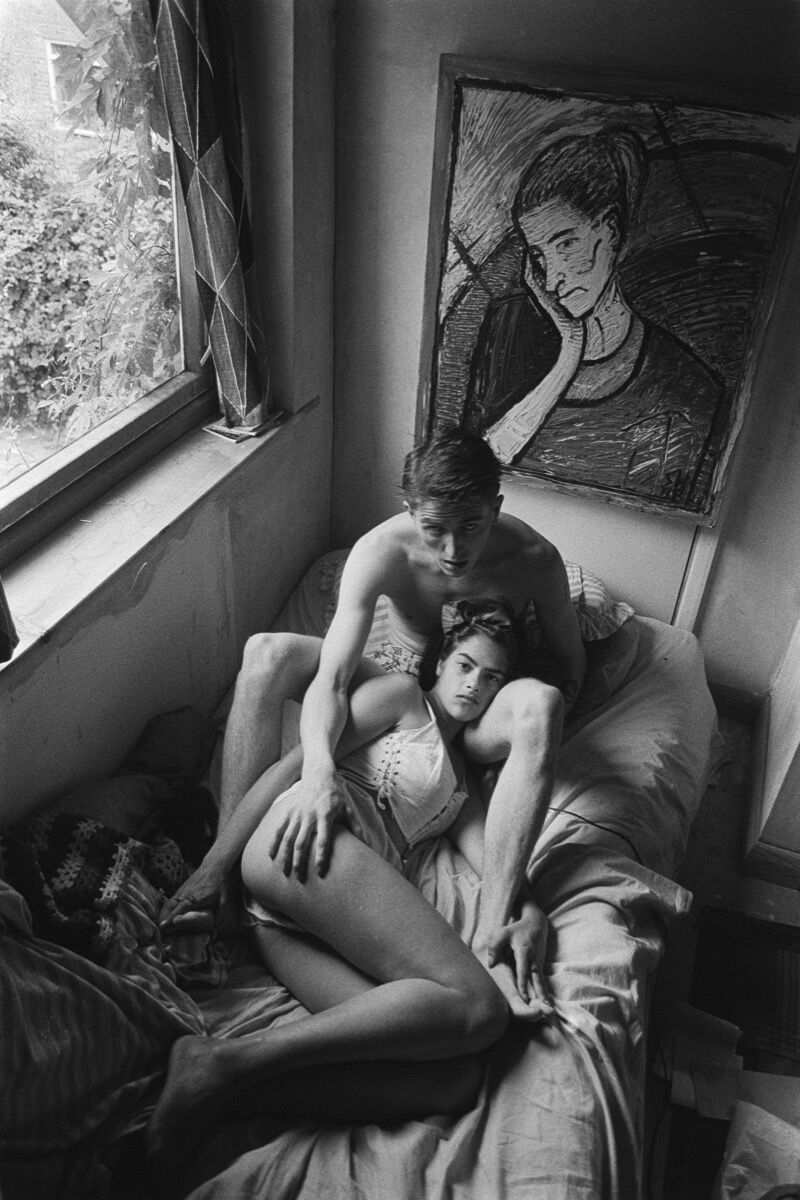 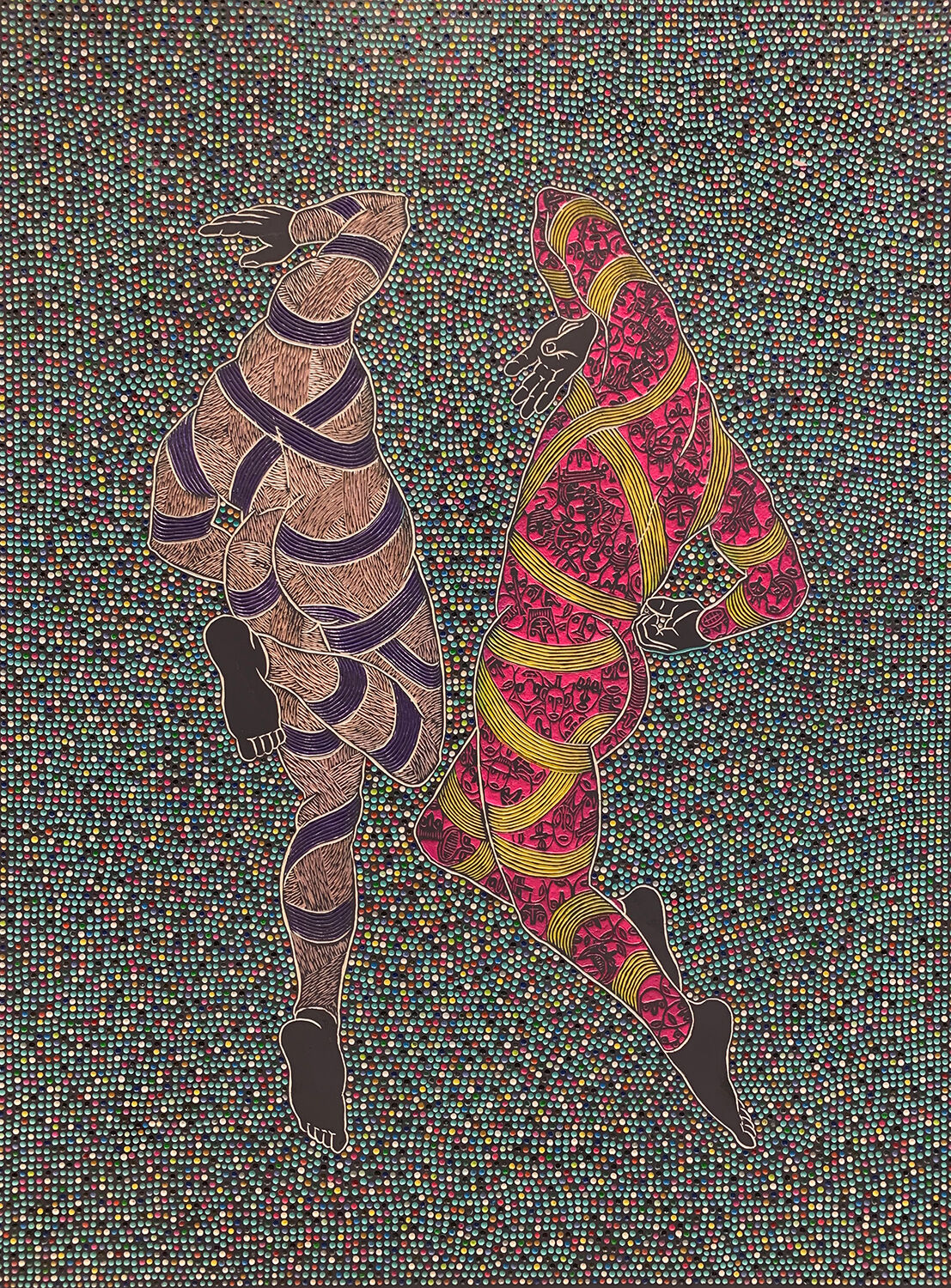 But the art industry is moving with optimism, determined to make the best of things. So what if daunting quarantine restrictions have dashed any hopes of robust international presence? (Frieze usually invites 60,000 visitors.) And while the usual way of doing things—cramped booths, gallery hopping—would mean a public health disaster, the show, it seems, must go on, if a little differently.
Just as London Fashion Week traded runway shows for live-streamed video and intimate, salon-style presentations in September, Frieze has adopted a new hybrid model that combines offline and online experiences. While the sculpture garden program will proceed as usual, giving visitors the chance to see works by
Lubaina Himid
,
Sarah Lucas
, and
Richard Long
outdoors, the tents will be replaced with an online viewing room, with more than 200 participating galleries. As always, many of them will also be hosting physical exhibitions in spaces around the city, adding that layer of engagement that you just can’t capture on screen.
Here are five compelling IRL shows to check out this Frieze Week. 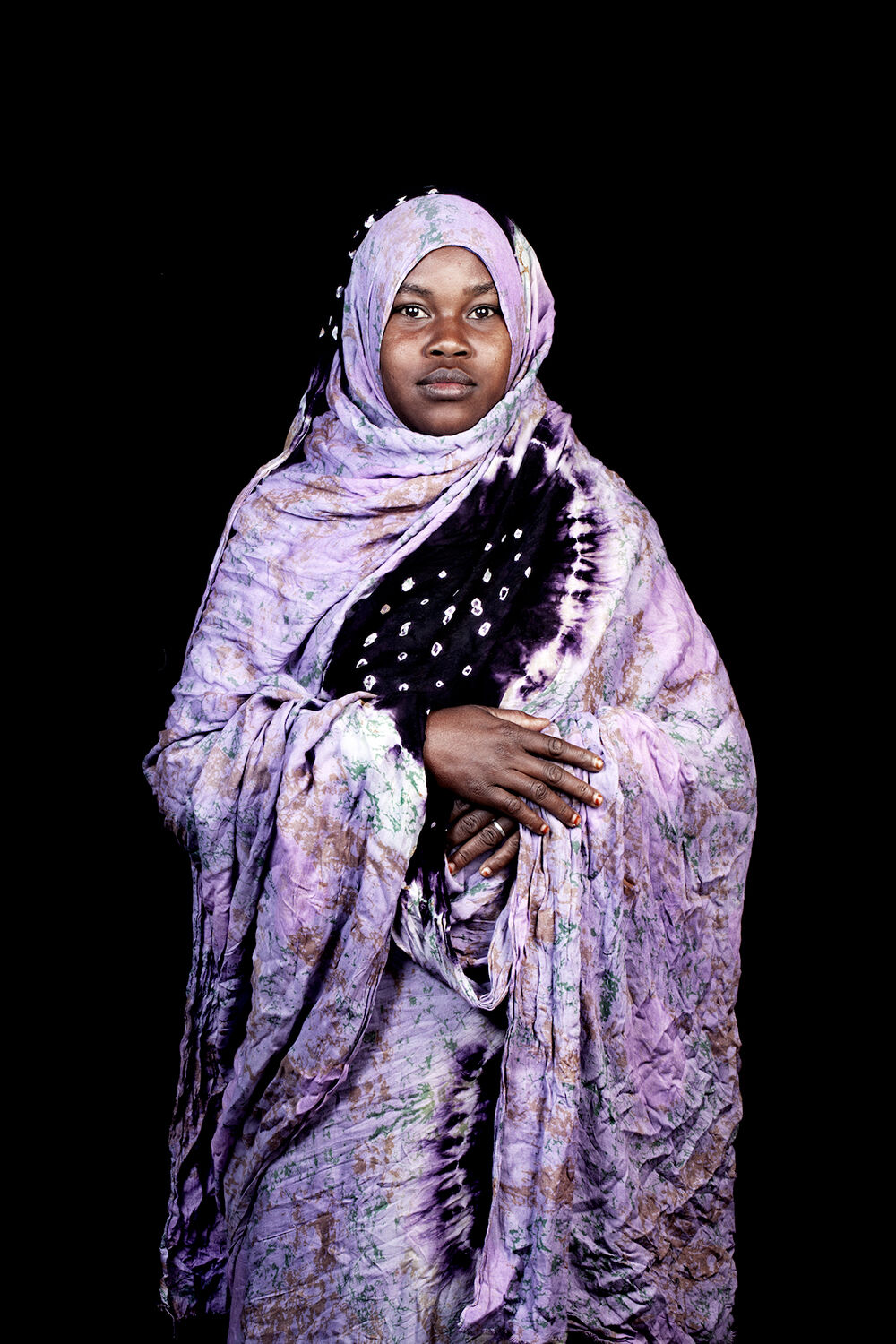 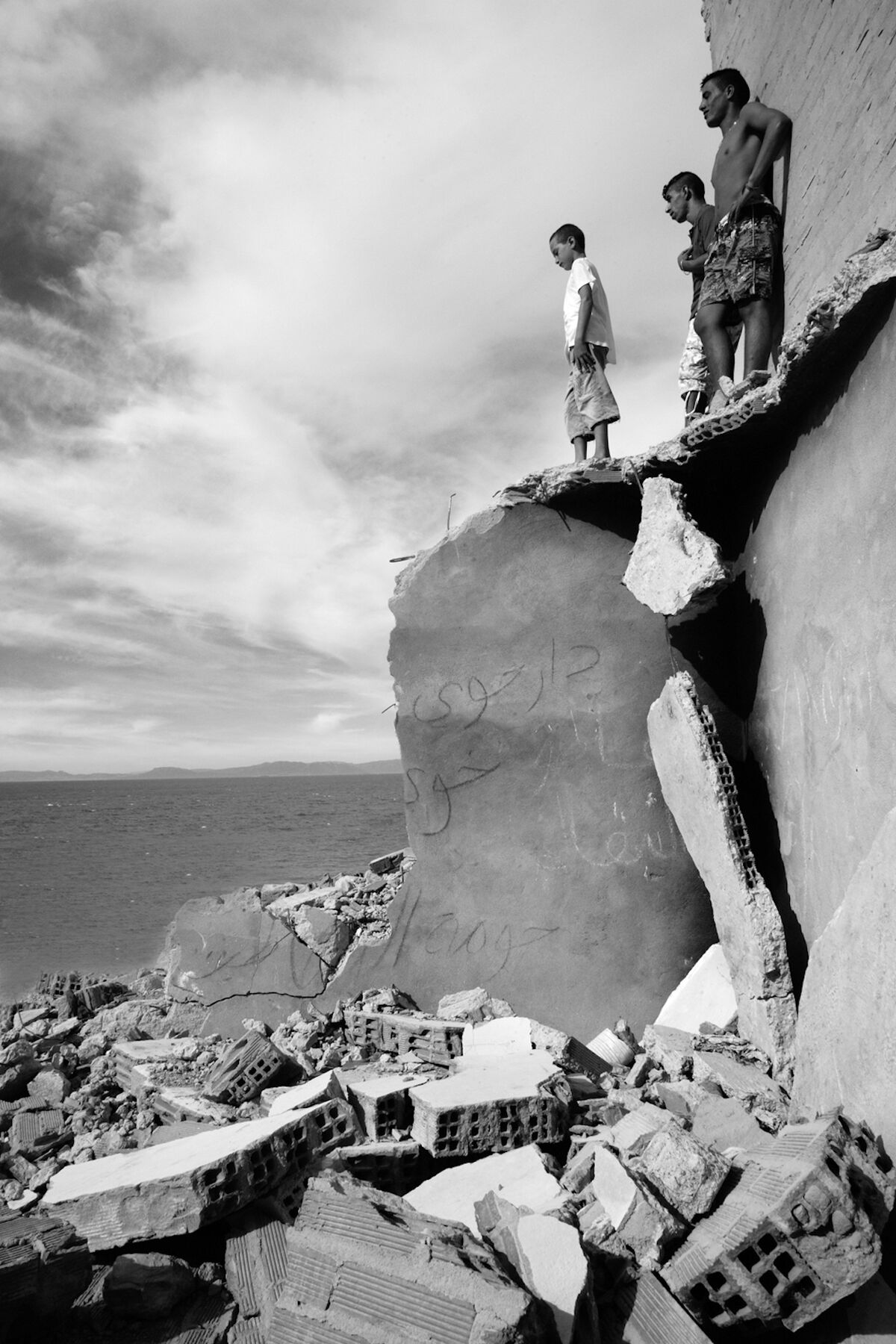 Advertisement
Like Frieze itself, the satellite 1-54 Contemporary African Art Fair has moved most of its programming online. But this exhibition, presented in partnership with Somerset House, is an exception.
“Rite of Passage” is the first U.K. retrospective dedicated to the late French-Moroccan photographer
Leila Alaoui
. Before her death at 33, following injuries sustained during a 2016 terrorist attack in Burkina Faso, Alaoui was a rising star in the world of documentary photography, focusing her lens on the plight of marginalized groups around the world.
“Rite of Passage”
View Slideshow
5 Images 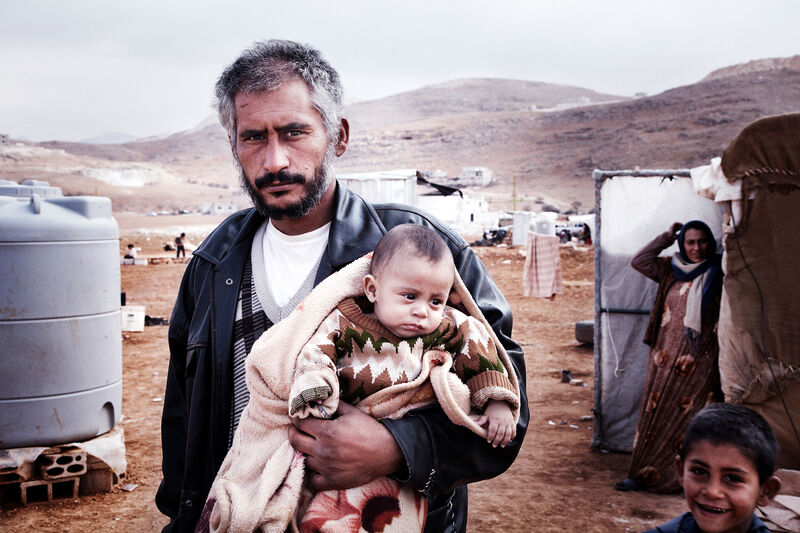 Among the works on show are her moving photos of Syrian civil war refugees in Lebanon, and “No Pasara” (“No Entry”) (2008), a series on young Moroccans seeking passage to Europe. At the time of her death, Alaoui was working on an assignment related to women’s rights with Amnesty International.
“The global issues that Leila Alaoui chose to highlight in her work, including migration, displacement, and rapid globalization, remain as current now as they were when she tragically died,” said Grace Perrett, exhibitions manager at Somerset House. “In bringing together documentary and aesthetic sensibilities in her work, [she] creates a bridge between the viewer and the people she met, encouraging understanding and empathy.”
The exhibition also includes some of Alaoui’s personal projects, including “Les Marocains” (“The Moroccans”) (2010–14), striking portraits taken from her mobile studio to capture the country’s diversity; and L’île du Diable (Devil’s Island) (2015), an unfinished experimental film following a group of migrants working in a car factory near Paris in the 1960s.

“The Medium is the Message” 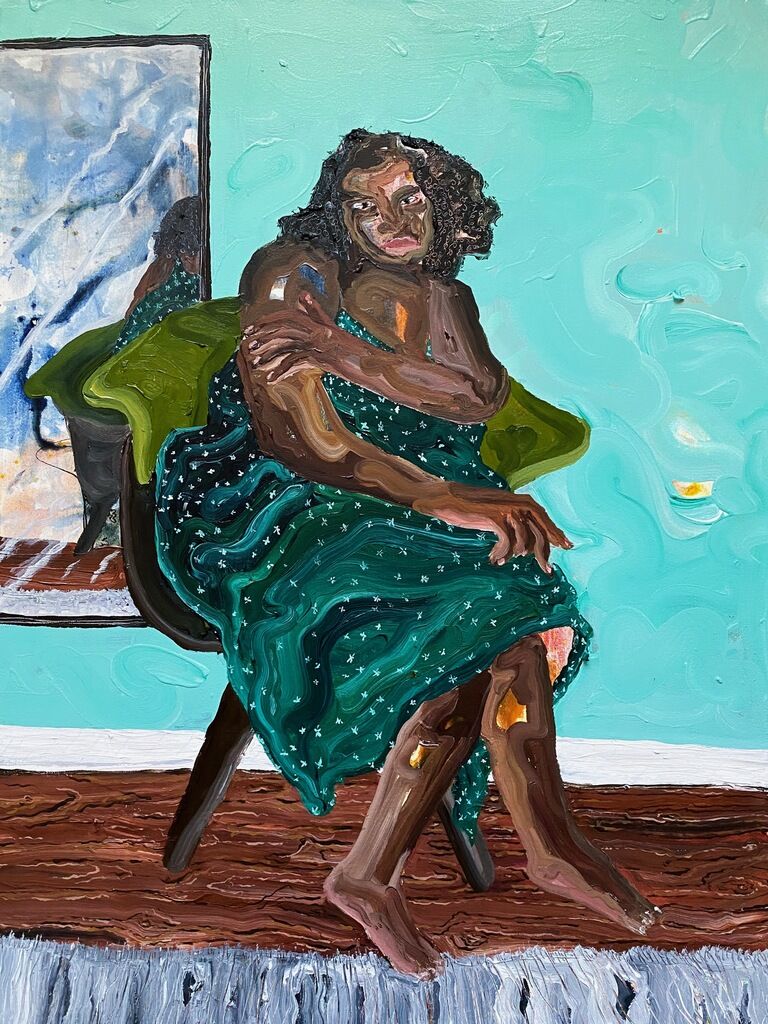 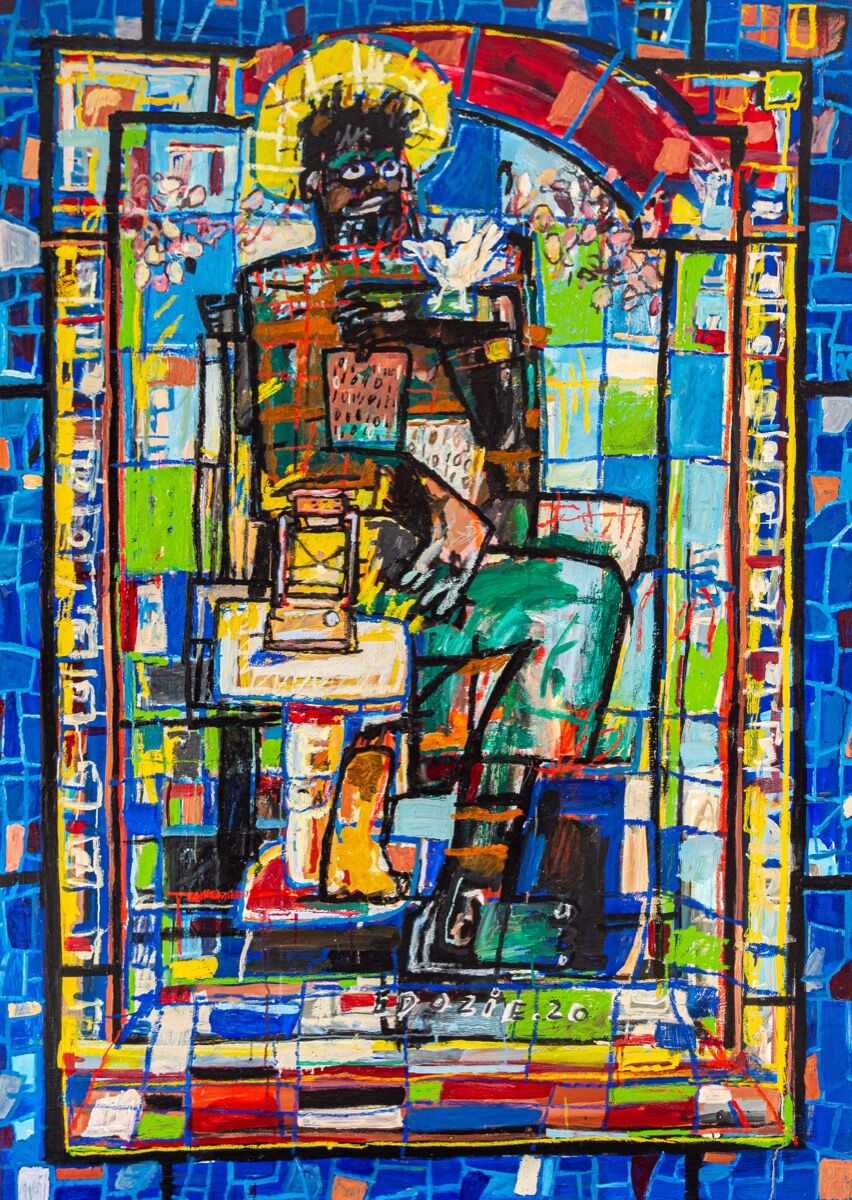 Edozie Anedu, Just Like Moses, 2020. Courtesy of the artist and Unit London.

Azu Nwagbogu, director of the African Artists’ Foundation in Lagos, has brought together 18 emerging artists for this survey of contemporary Black portraiture, “The Medium is the Message” at Unit London.
In most of the works, figures are set against backgrounds of mundanity—a deliberate choice at a time when the inherent politicization of Black identity is an international talking point.
“In the current climate, where the preponderant image of Black bodies is precarious and in an existentialist struggle, the most radical position is one that is kind and nuanced, and that presents a common humanity,” said Nwagbogu. “It’s the way to cut through the echo chambers so we can…truly shift the argument around objectification and demonisation of Black bodies.”
“The Medium is the Message”
View Slideshow
7 Images 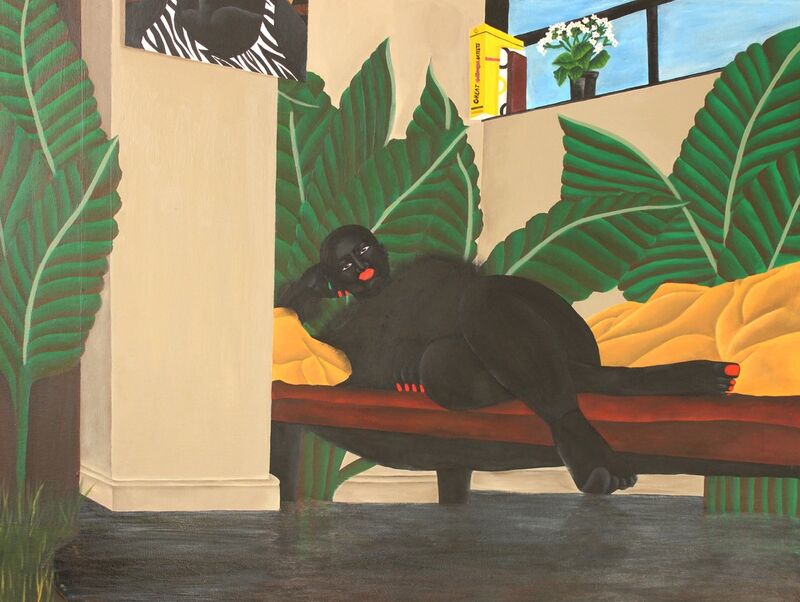 Bold and unexpected uses of color thread many of the works together. Dominican-American artist
Tiffany Alfonseca
’s bored figures rock glitter-infused braids and afros. Nigerian
Edozie Anedu
’s canvases are explosions of stained glass rendered in oil.
Dawn Okoro
’s Black women crawl, dance and pose against backgrounds of gold.
“The various use of colors does not follow the usual clichés around Africa and ‘vibrant colours,’ but has more codified, spiritual, and sometimes playful connotations,” Nwagbogu said. “My hope is that we are able to embrace the diversity within this monolithic consideration of Blackness.” 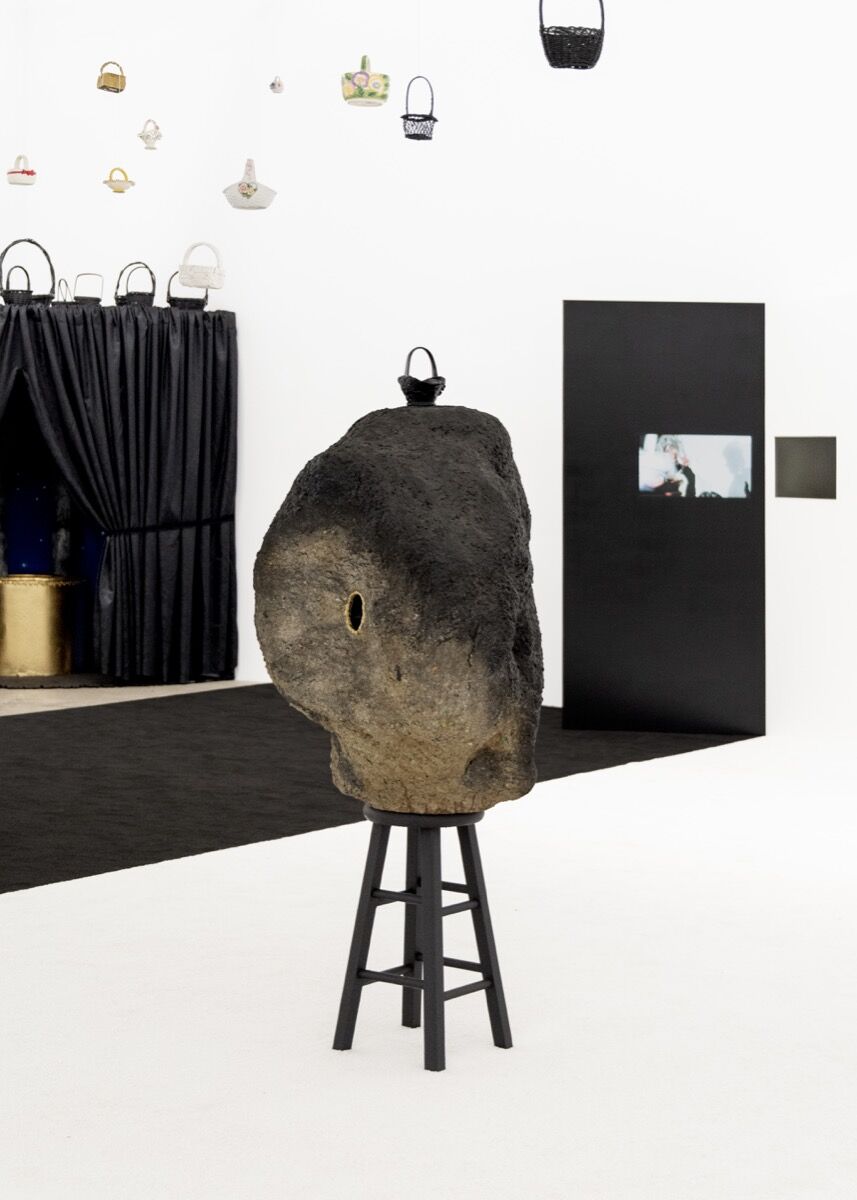 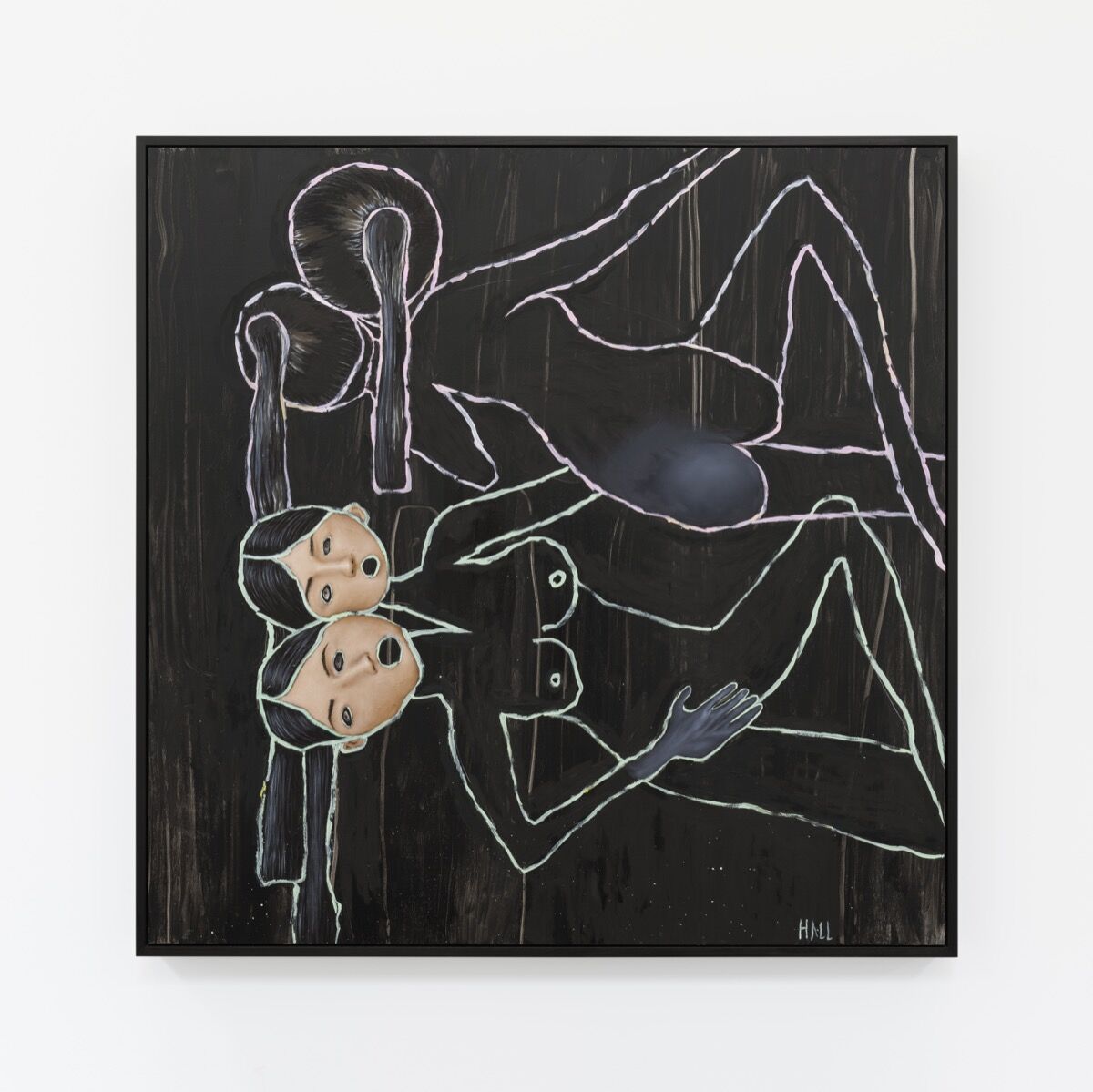 
The Zabludowicz Collection in North London can always be counted on for an immersive, experimental, and widely buzzed-about exhibition this time of year, when it unveils its annual commission. This year, joining the ranks of
Donna Huanca
and
Haroon Mirza
, L.A. artist
Trulee Hall
is taking up the mantle, turning the former Methodist chapel into an spectacle of sexuality, humor, and feminist thought.
A former theme park technician with musical leanings (she composes the soundtracks for all of her works, and produced three experimental noise albums in her twenties), Hall has built her exhibition around Tongues Duel the Corn Whores, an Opera (2020)—the genre-bending show about a lesbian goddess cult that she staged at the Zabludowicz Collection back in March, inspired by the building’s architecture.
“I looked at the carvings [on the walls] and I thought, ‘This sort of looks like a Sheela na gig [ancient carvings of naked women with exaggerated genitals], and this sort of looks like sperm sprouting with snakes around it.’ I saw everything through my own pervy and archetypal lens,” she said.
Trulee Hall
View Slideshow
5 Images 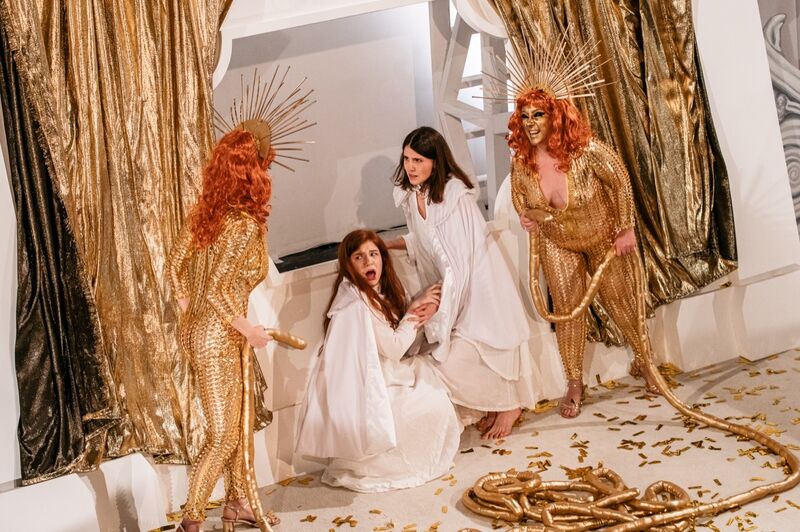 A two-channel video display will screen a 50-minute film that includes a performance of the opera interspersed with claymation and CGI elements. Costumes and set pieces, along with new sculptures, installations, and paintings, as well as works from the space’s permanent collection, will round out the show.
The most striking element? The gold leaf–plated tunnel covered in naked women and writhing snakes that leads visitors into the exhibition—a perfect introduction to Hall’s distinctive fusion of the symbolic, erotic, and surreal.
“I deal with nightmares and the highs and lows of human emotion, but I also hope people will find the show fun,” the artist said. “I try to engage even the heaviest of subject matters in a way that is mesmerising and intriguing. It may not be easily understandable at first, so as to invite further thought and maybe even a second visit.” 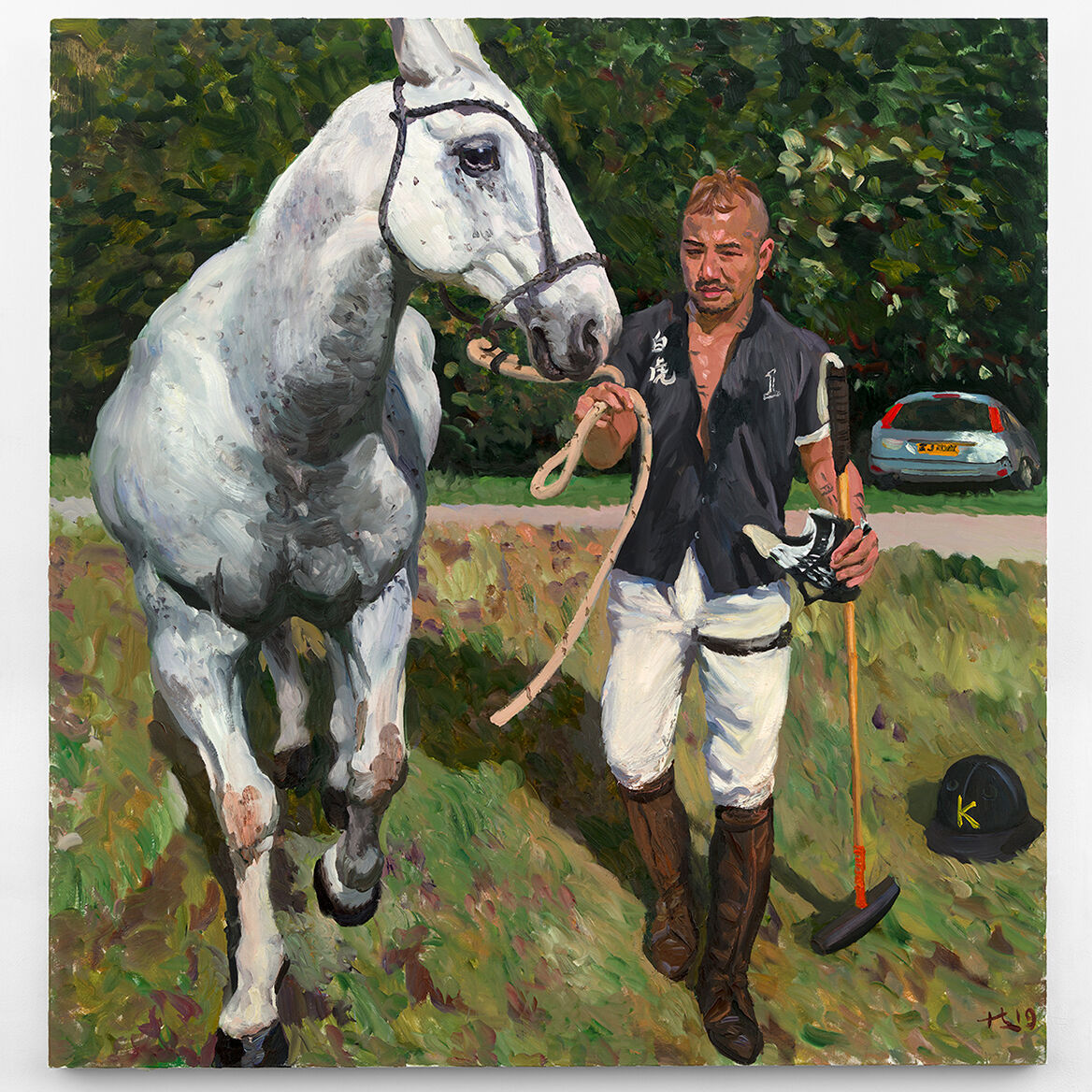 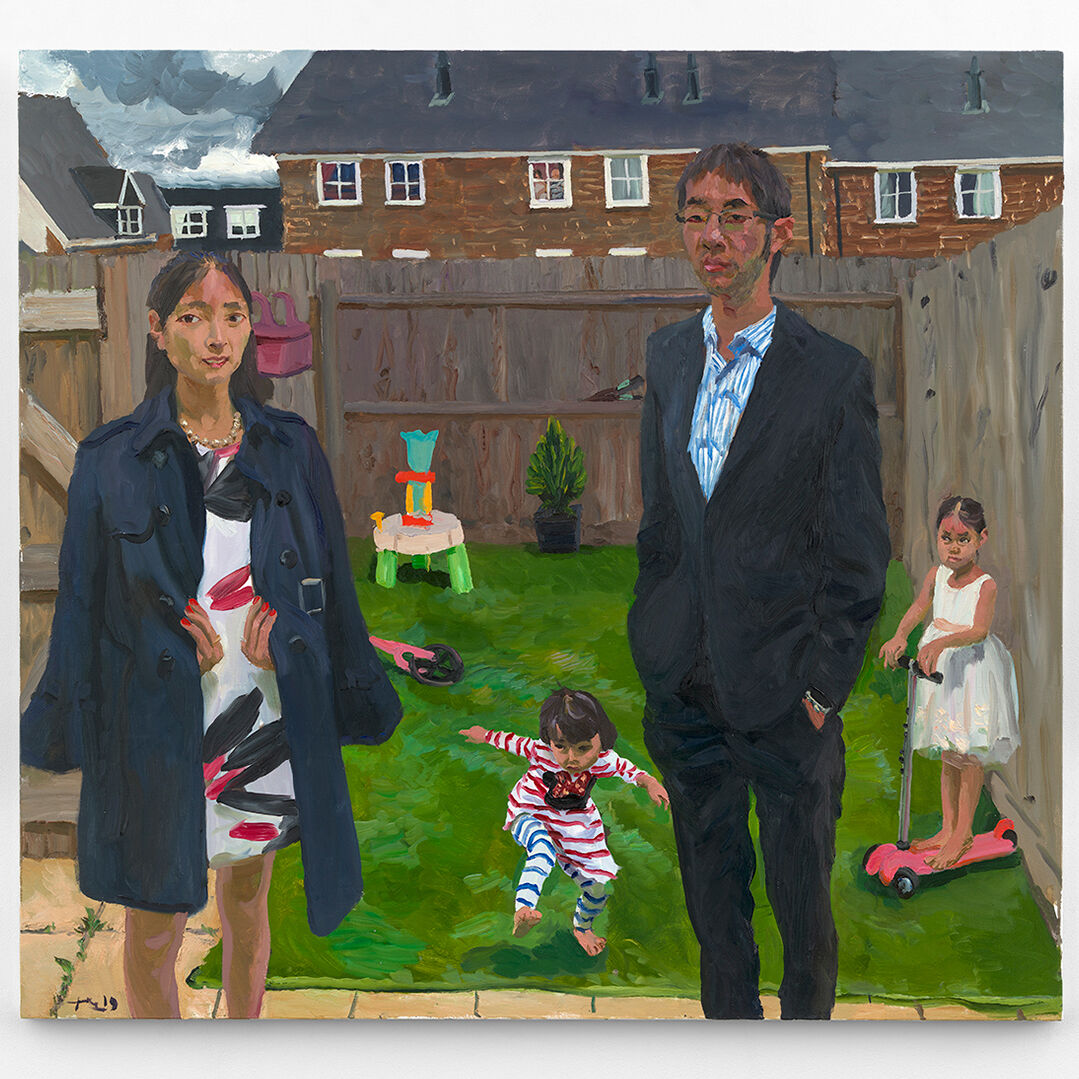 Seven years ago, the Chinese artist
Liu Xiaodong
travelled to London’s Edgware Road to create large-scale paintings of regulars at local pubs and eateries. It seemed a fitting approach for an artist who’d made his career painting ordinary people in urban and rural China, in a style influenced by the
Social Realism
that proliferated during China’s Cultural Revolution.
But his “New England” series, on view at Massimo De Carlo, is something else entirely. His working-class Londoners are replaced by monied Chinese expats who have made the city their home, including a polo player, an emerging fashion designer, and a professor of economics. 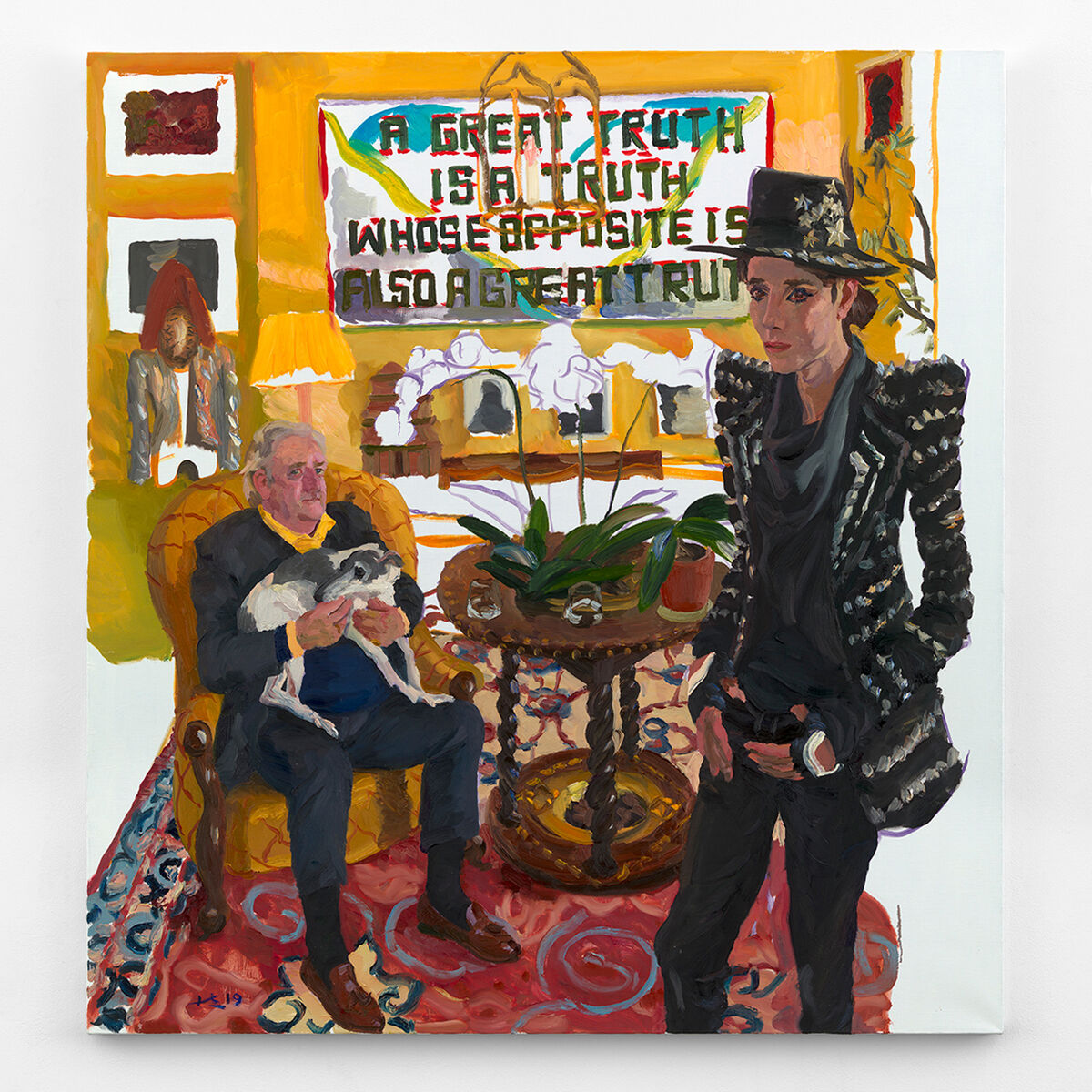 Having grown up the son of factory workers during the Cultural Revolution, Liu, who is based in Beijing, says it was curiosity that drove him. “London is one of the most expensive cities in the world—how do all these British-Chinese live there? And live such comfortable lives, too,” Liu said. “I was curious to see if they could actually adjust, to blend into English society…Having money helps, but is it enough when choices about marriage, intrapersonal relationships, children’s education, and other core values are involved?”
Before he started painting his subjects in 2019, Liu spent time getting to know them, learning more about their experiences in a global city, and what inspired them to plant roots so far from home. These findings will be shared alongside the paintings, through excerpts from Liu’s diaries, and a short film.
More than anything, what makes the show compelling is Liu’s undeniable skill, which has made him one of the foremost painters of China’s neo-realist movement. And at a time when anti-Chinese sentiment in the U.K. is at a high, the show takes on additional weight. 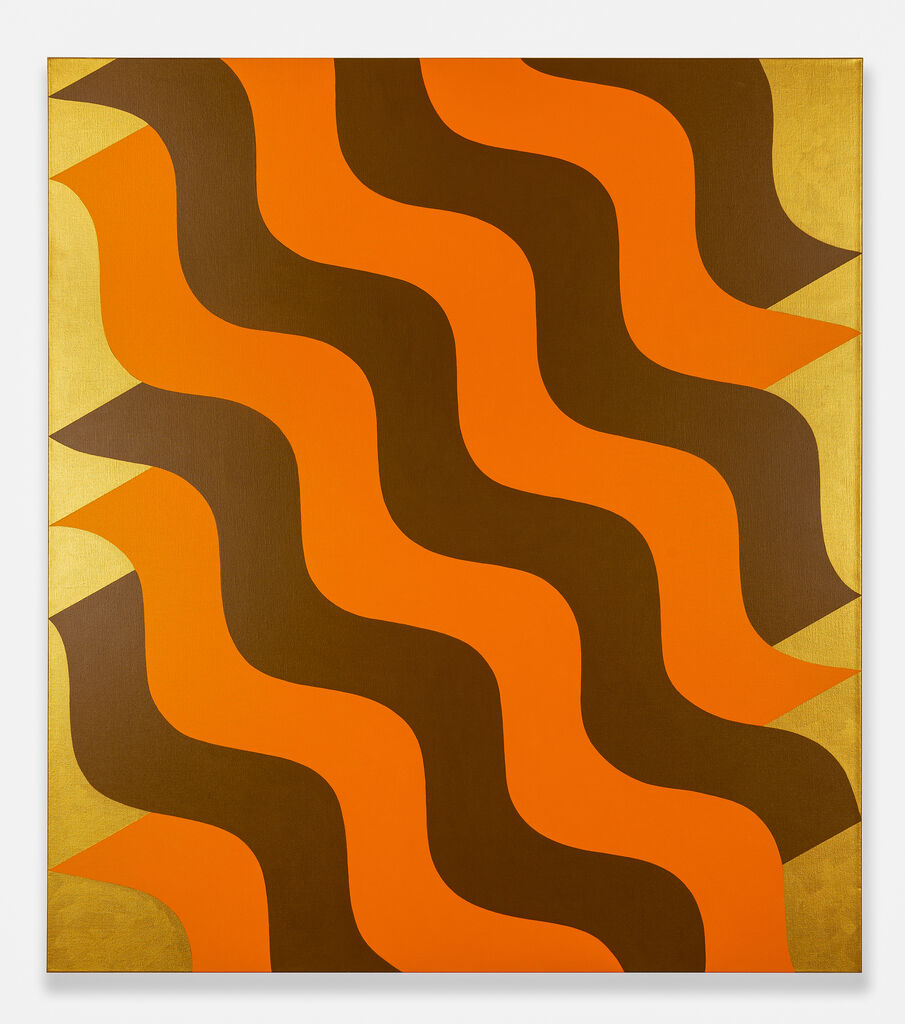 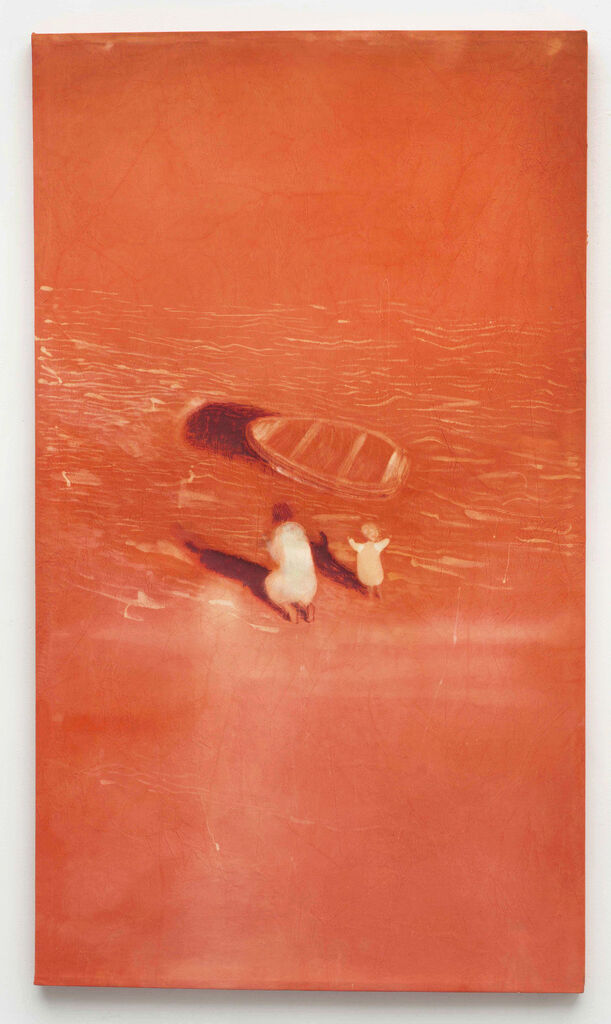 Andrew Cranston
I was there, 2020
Ingleby Gallery
After a five-month delay, Cromwell Place—the gallery hub billed as a sort of art-world WeWork—is finally opening to the public this month. To mark the occasion, the newly renovated space is launching with a series of exhibitions, hosted by its member organizations. (Don’t worry about social distancing: Combining five historic Georgian townhouses in the South Kensington museum district, there’s certainly enough space.)
Programming includes a survey of new Scottish painting from Edinburgh’s Ingleby Gallery; Lawrie Shabibi’s show of Moroccan painter
Mohamed Melehi
; Aspan Gallery’s exhibition of Kazakhstani artists
Almagul Menlibayeva
and
Yerbossyn Meldibekov
; and an exhibition of the finalists for this year’s Mother Art Prize, which honors women and non-binary artists rearing children. But the most comprehensive display will be presented by Lehmann Maupin, which chose Cromwell Place as the site of their first London outpost.
Cromwell Place
View Slideshow
6 Images 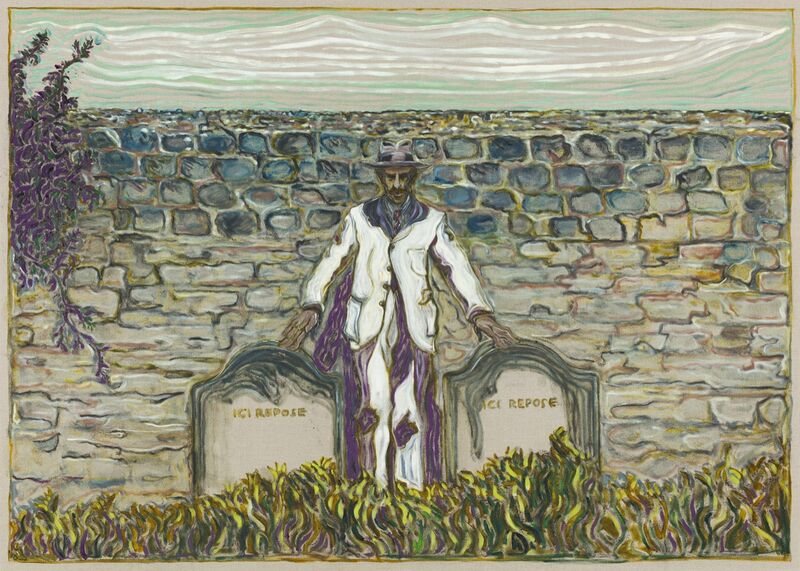 English painter-poet-photographer
Billy Childish
will temporarily transform a space above the gallery into a pop-up studio, where he’ll produce a new series of paintings based on photos from his personal collection, and from October 10–25, visitors will be invited to watch him in action. The gallery will also be exhibiting works by
Kader Attia
,
Shirazeh Houshiary
,
Lari Pittman
and
Nari Ward
in other rooms.
Allyssia Alleyne
Related Stories