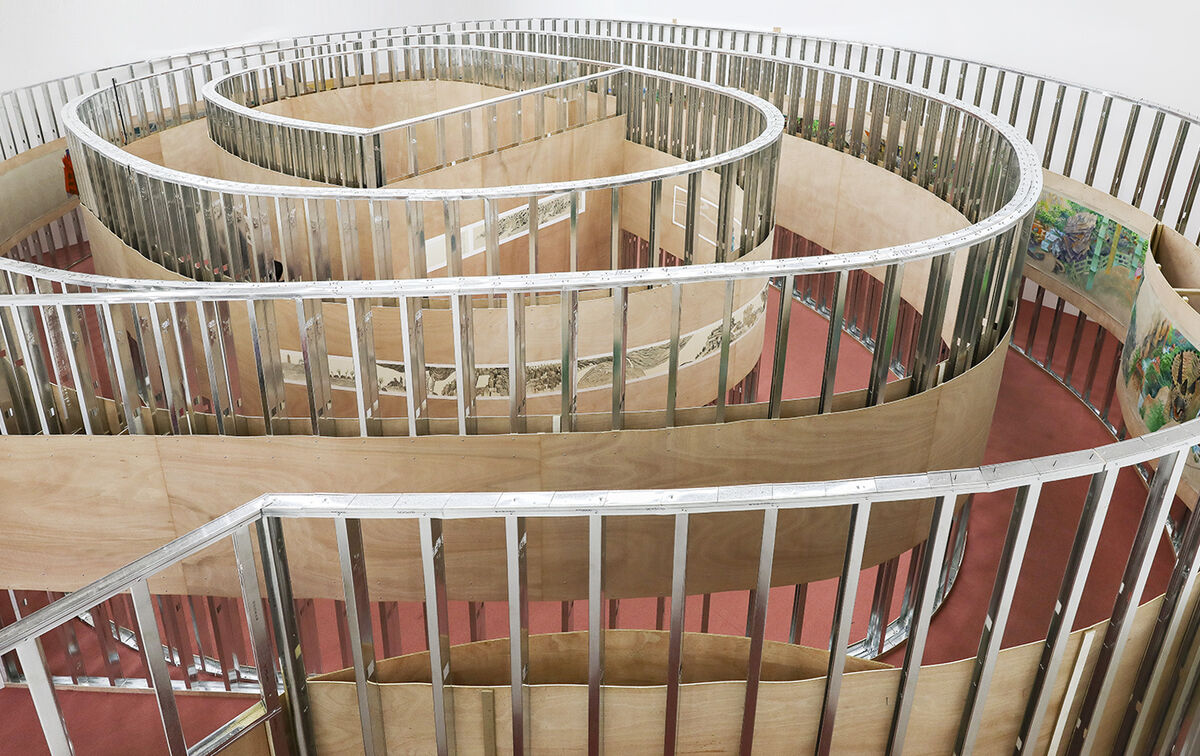 As collectors head to Art Basel in Hong Kong this week, the galleries and institutions of Gallery Weekend Beijing came together this past weekend hoping to persuade them to stop off at the Chinese capital en route, and to assert the city’s enduring importance in China’s art ecosystem.
Gallery Weekend Beijing is funded by the Sevenstar Group, which owns the 798 Art District, a creative park that feels, at times, like a fortress for contemporary art in Beijing. The event, which opened to VIPs on March 22nd and continues through the 29th, expanded its programming this year, furthering its ambition to transcend its boundaries.
“Although it comes out of the 798 Art District, the concept of Gallery Weekend Beijing goes beyond 798, and not even Beijing is the limit,” said Amber Wang, who has been director of the event for two of its three editions. “We’re doing a lot of exchanges with different districts, cities and countries, focusing on the pioneering role of Chinese contemporary art.”
Gallery Weekend Beijing includes a plethora of initiatives, ranging from an emerging artists exhibition, a VIP talks program, an exchange with Zurich Art Week, and a prize given to the best show, from which 798 Art District will acquire a work worth at least CNY100,000 (around $14,900). This year, they also added the inaugural Beijing Art Summit, an impressive program of talks curated by curators Colin Siyuan Chinnery and Mari Spirito.
With 798 providing some of the missing connective tissue, several galleries muscled up to assert Beijing’s vital role in China’s art ecosystem. And for many, that importance is at least in part historical.
“Foreign visitors were quite intrigued by artists from the ’85 New Wave,” Wang said, pointing to exhibitions of
Wu Shanzhuan
at Long March Space, Liu Heung Shing at Star Gallery,
Wang Huanqing
at Hive Center for Contemporary Art, and
Gong Lilong
at Platform China.
Li Jin
’s sumptuous “Flesh and Bone” show at INK Studio, showing works prior to 2000, similarly looked thoughtfully to the past.
Although there was significant nostalgia for Beijing art’s glory days, several galleries staked out space in the present, with one particular artist standing out.
“Among Chinese curators I’ve been talking to, the most frequently mentioned name was
Wang Xingwei
,” Wang said, a perspective reinforced by several others. Below, we share Wang’s show, and four other highlights of Beijing Gallery Weekend.

Wang Xingwei, “The Code of Physiognomy,” at Galerie Urs Meile 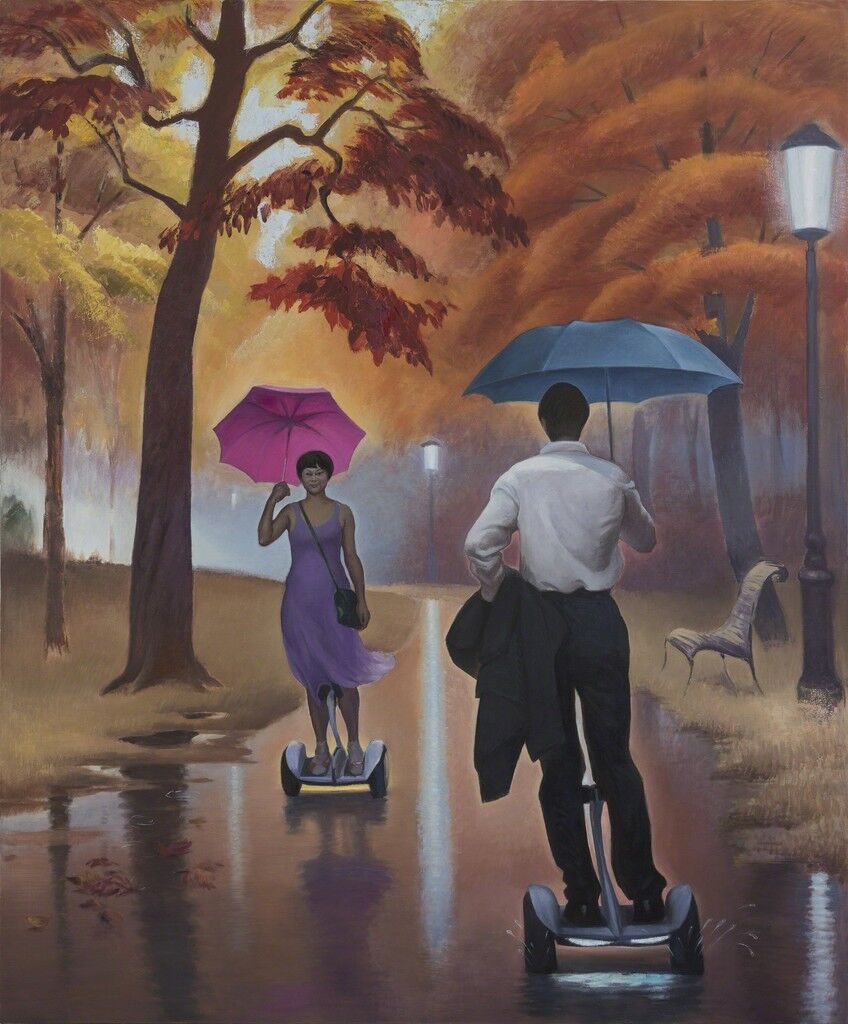 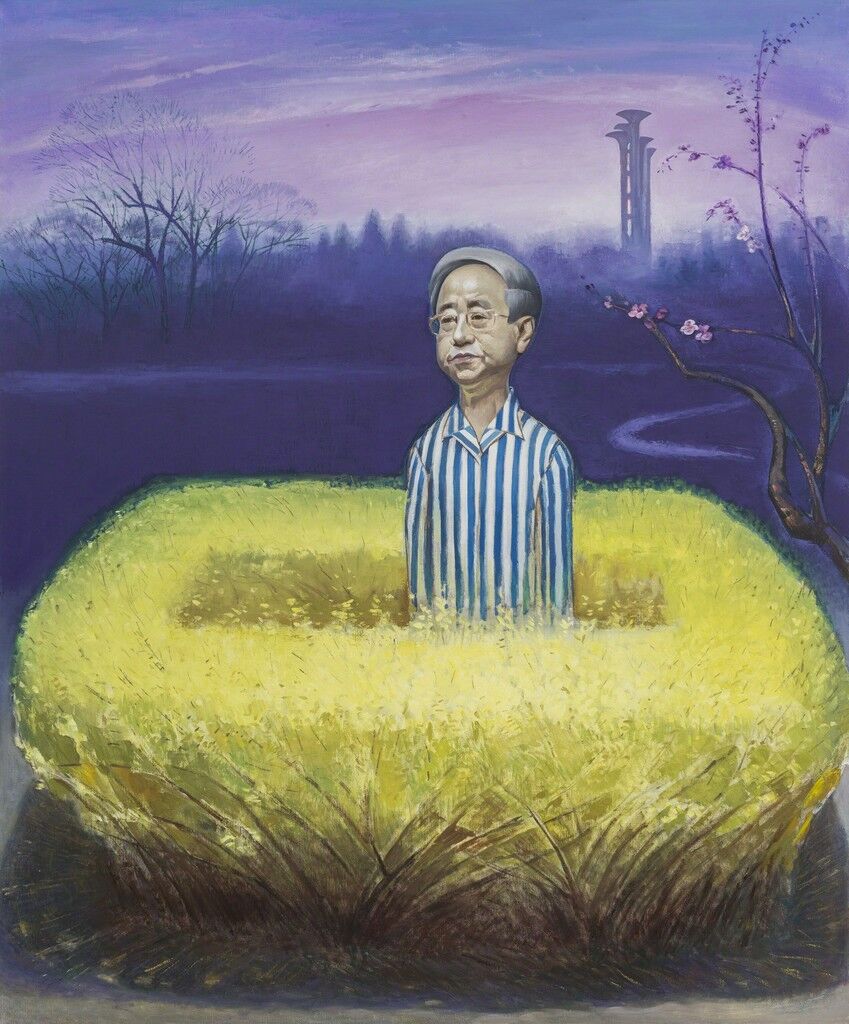 Wang Xingwei
Four Seasons (Spring), 2016-2017
Galerie Urs Meile
Paintings by the Shenyang-born artist often feel like jokes between drinking buddies. Several works showed off his facility with portraying China’s performative, aspirational visual vernacular. People on Segway-esque scooters commuted home through a rainy park in one painting, while a man covered in an overcoat of bees formed a heart shape with his hands in another.
Behind an interior wall at the gallery, concealed like a speakeasy, were paintings of fallen Chinese political figures. The 2016–17 series depicts Ling Jihua, a former political advisor to Hu Jintao who was sentenced to life in prison after taking over CNY77 million in bribes; General Xu Caihou, who was dragged from his cancer bed to face charges of selling job promotions in the People’s Liberation Army (PLA) before dying; Zhou Yongkang, the former Secretary of the Central Political and Legal Affairs Commission, who was convicted of taking bribes; and Bo Xilai, the Chongqing rival to Xi Jinping, who’s pictured mopping the Chinese character for regret on the ground of his prison cell, his face impassive, after being charged with corruption and handed a life sentence behind bars.
Although each man’s wrongdoings were made public before they were punished by the Chinese Communist Party (CCP), now they’re supposed to be forgotten, removed from history. Some Chinese gallery visitors seemed to enjoy the paintings like students watching a friend act up in class. 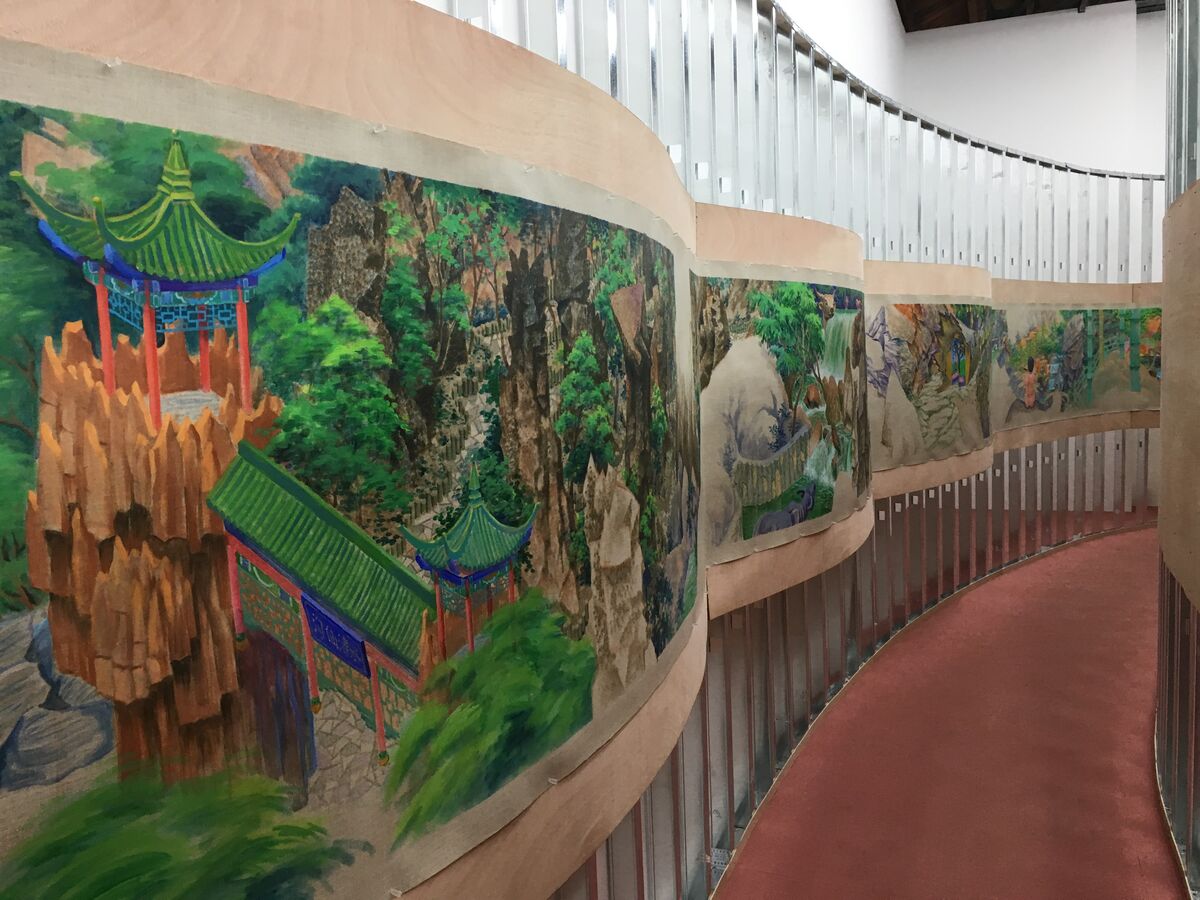 Advertisement
Liang Shuo’s ingenious exhibition design, a spiral that only ever lets the viewer see a small section of his scroll paintings at once, is true to the way such paintings were traditionally shared—intimately and little by little. It creates suspense for the viewer, who can never be sure of what will come next around the bend.
Liang refuses to paint idealized landscapes from his imagination, instead insisting on capturing what he sees firsthand, and in many Chinese theme parks. His subjects include the faux dinosaurs, ghouls, and serpents that have been introduced to increase tourism, reinforcing the feeling of being on an amusement park ride at Universal Studios. 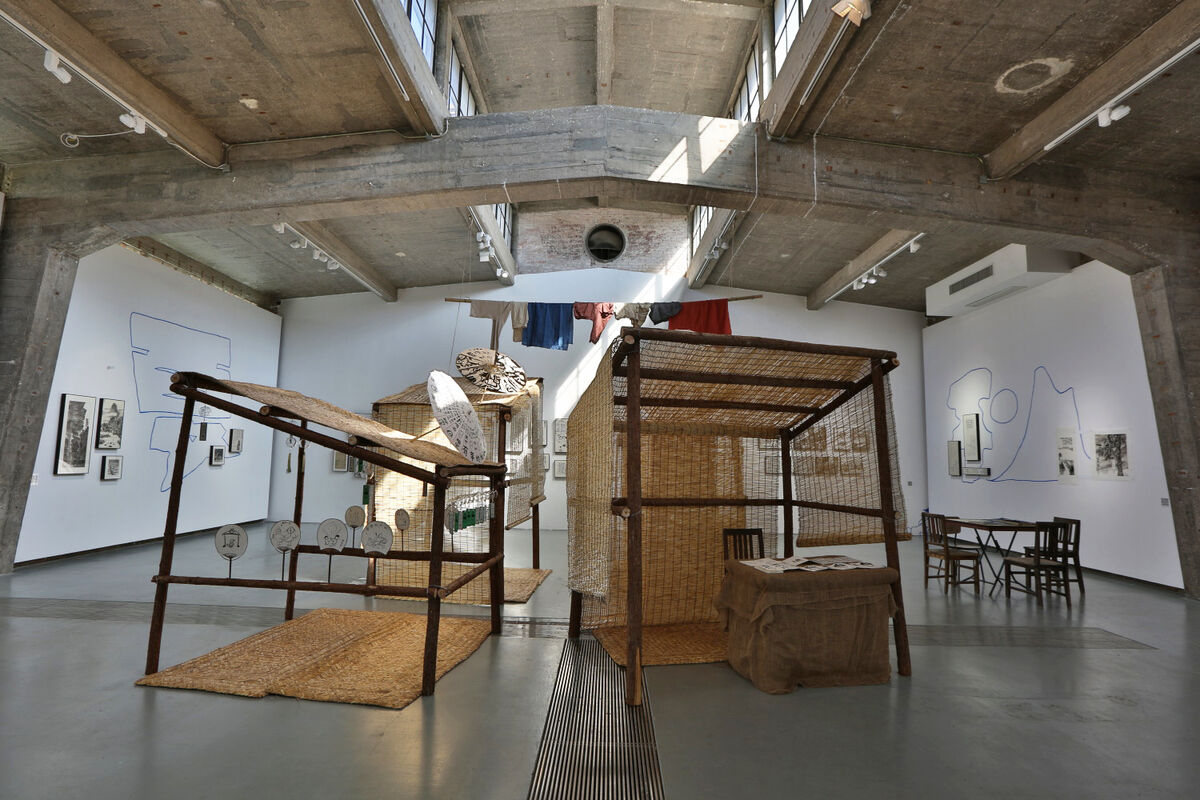 The traditional market setting for this solo show implies that the works will be traditional ink paintings. But the incredible anusman is less like an ancient literati than a graphic novelist getting his thoughts down on paper in a way that is diaristic, bordering on stream of consciousness. Indeed, anusman’s work is printed in popular books by Chinese zine publisher bananafish. The work in “Market Street” follows his protagonist, Mr. Men, along the strange new neural pathways Beijingers navigate using Mobikes and WeChat’s location-sharing service. 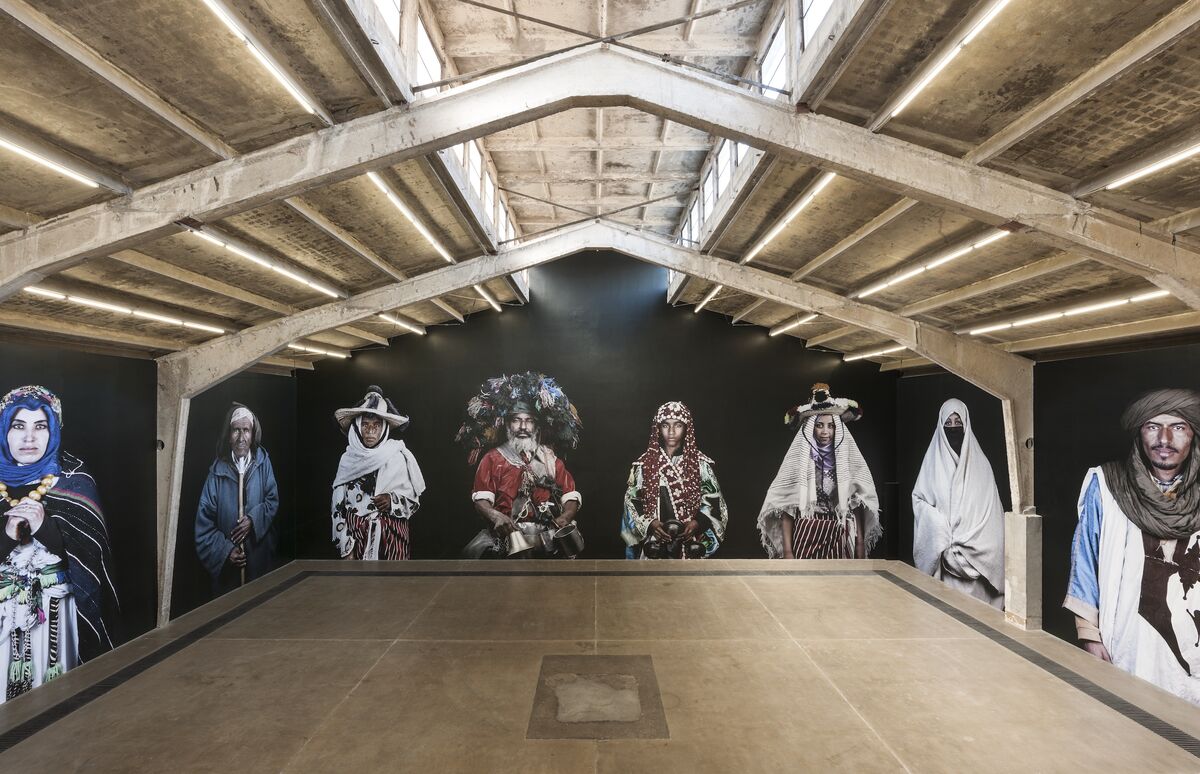 The single most impactful work at Beijing Gallery Weekend was the installation of portraits entitled “Les Marocains,” by French-Moroccan artist Leila Alaoui. Alaoui’s first solo show in China, spread across the gallery’s three floors, also included the photography series “No Pasara,” documenting Moroccan people seeking passage to Europe; “Crossings,” which shows Sub-Saharan migrants; and “L’Ile du Diable,” a video of immigrants in Paris who had worked at the Renault factory on Seguin Island, which they dubbed “the Devil’s Island,” due to the harsh conditions they endured there.
The works felt especially freighted with import and sadness, in part due to Alaoui’s death in Burkina Faso in 2016—she was killed in terrorist attacks while working on a commission for Amnesty International. But it’s also particularly poignant in light of the new Human Rights Watch report describing the tens of thousands of villagers fleeing Burkina Faso, and the violent deaths of 50 muslim worshippers—many of them immigrants and refugees—in Christchurch, New Zealand, on March 15th.

Shi Guowei
, “A Walk in the Woods,” at Magician Space 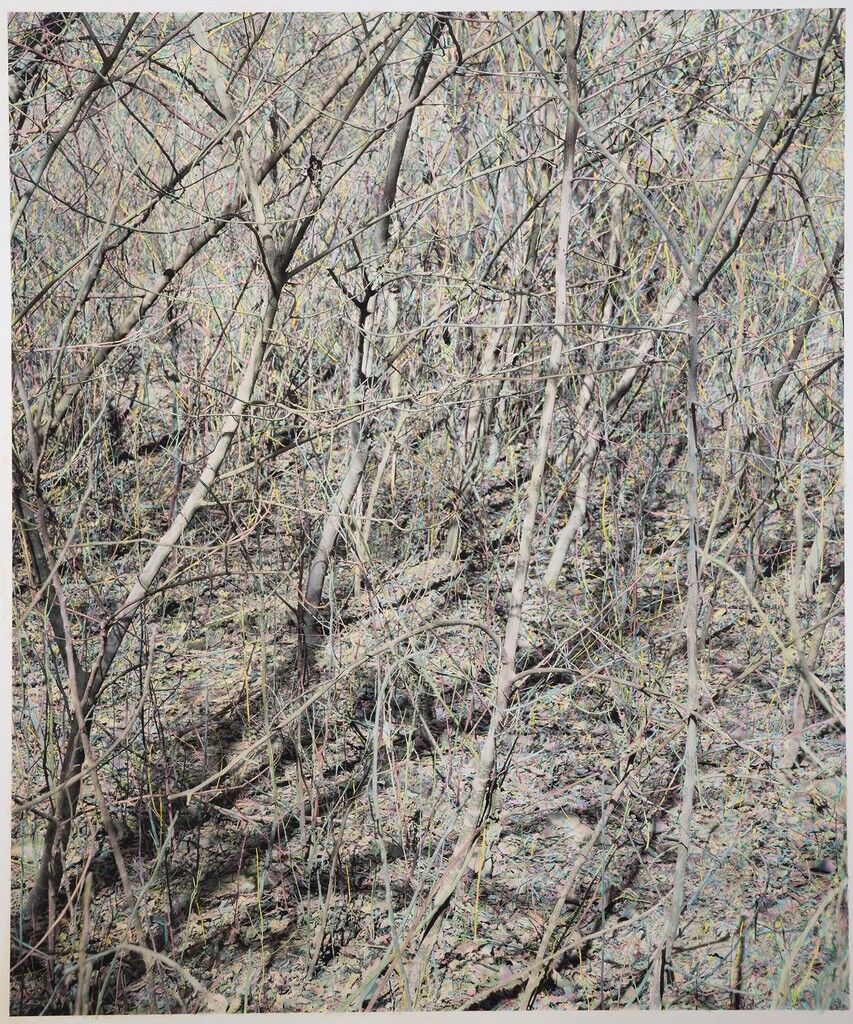 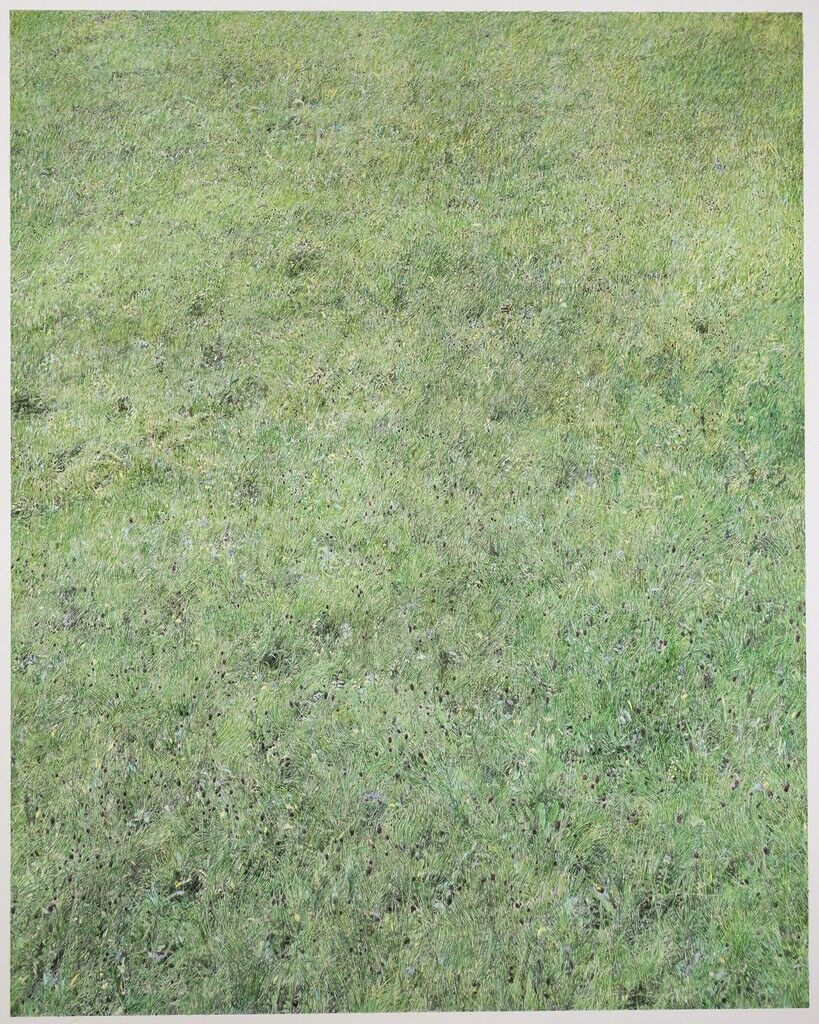 Shi Guowei
Caochangdi, 2018
Magician Space
Born in Henan in 1977, Shi Guowei uses his imagination to meticulously hand-color black-and-white photographs. From even a short distance, the images—of lichen plants; trees; a sudsy ocean—look utterly convincing as color photographs. Up close, however, they reveal the artist’s choices, forcing the viewer to doubt their own knowledge of nature’s palette.
Sam Gaskin
Related Stories 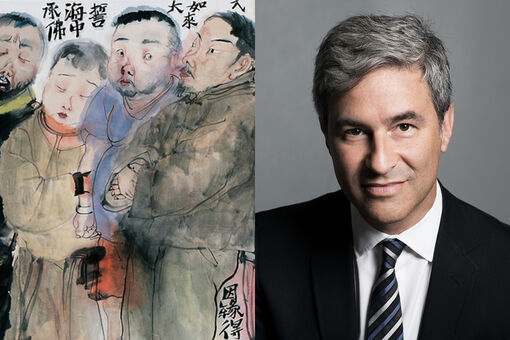 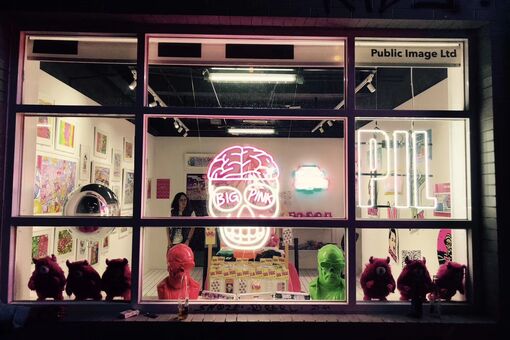 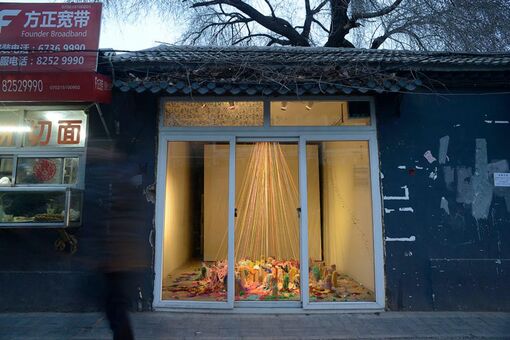