New York’s barometric spring auctions took place last week, with $1.1 billion in art selling over five days. Records were set for a number of artists, including
Jean-Michel Basquiat
($57.3 million* for Untitled, 1982),
Maurizio Cattelan
($17.2 million for the kneeling Hitler statue Him, 2001),
Agnes Martin
($10.7 million for Orange Grove, 1965), and
Frida Kahlo
($8 million for Dos desnudos en el bosque (La tierra misma), 1939).
Auction house staff highlighted the particularly high percentage of art sold, or sell-through rate, at many (but definitely not all) of last week’s auctions as a confirmation of the continued health of the art market. To explain some of the week’s less spectacular results, dealers and art advisers cited more “selective” buyers as well as the inability of auction houses to consign major works.
But what’s actually happening in the secondary market? Here, we parse the results to pull out a few significant trends.

Why $1.1 billion in art sales is a disappointment

Just one year ago, $2.7 billion in art changed hands during the same set of sales. Estimates ahead of last week’s auctions placed sales volume, in terms of dollar value, down by 50%. In reality, that number ended up being nearly 60%. Christie’s racked up $656.2 million in sales last week. But while that might sound impressive to an outsider, last May, the same house’s post-war and contemporary auctions alone drew approximately $2 million more in sales. Two days before, the house had sold $705.9 million of 20th-century art.
Sotheby’s sold $482.8 million worth of art in its day and evening sales last week. But, while its contemporary evening sale fared relatively better—with $242.2 million in sales, it was down only 36% from last year’s $379.7 million—the house’s Impressionist and Modern evening sale proved its worst showing in seven years. Only 66% of lots sold for a total $144.5 million, marking only 88% of its total low estimate value. Last May marked its second best auction in the category, with results coming in at $379.7 million.

Other stats reveal an encouraging outlook on the business of art, if not the current market

To understand the picture painted of the market by last week’s sales, few stakeholder comments were more indicative of the changing realities than those of Christie’s global president Jussi Pylkkänen. In a post-week release, he said, “We were able to navigate a tougher macro-economic climate effectively, delivering very strong results for our consignors.”
The comment adds color to the market engineered last week, in which Christie’s did a particularly good job of only putting up works for which the house had buyers. On the one hand, this demonstrates a very real demand that still exists in the marketplace. But, more than that, it seems to reveal the auction house floor as much more of a mediated marketplace than the open forum it’s thought to be in the popular imagination. (It was the auction week equivalent of pre-selling your Art Basel booth.) That the houses—for the most part—were able to react to shifts on both the buyer and seller side of the market and create sales that performed around, and even above, benchmarks, is encouraging. Increased focus on client satisfaction and shareholder performance should make for a more stable art business even as the mark ebbs along with the economy.

Many in the art world will no doubt breathe a sigh of relief that this week’s auction totals, just north of $1 billion, lived up to the label “gigaweek.” A significant amount of credit for that feat goes to Yusaku Maezawa, a 40-year-old Japanese online retail billionaire who bought some $98 million worth of art—including the $57.3 million Basquiat that set the auction record for the artist. As auction house execs get off last week’s white-knuckle ride, they may well want to shake Maezawa’s hand.
In an art world where sample sizes are small but pockets are deep, one buyer can make a significant difference at the top of the market—especially in perception and confidence. Though this week’s totals are way down from last year, Maezawa helped transform what some feared would be a chaotic course correction (especially after the Sotheby’s sale on Monday). Still, ultimately no single individual can keep the art economy afloat and it would be a mistake to link the market’s health to Maezawa, lest he sneeze.

If there’s one sure thing about a major auction week, it’s talk of guarantees. As in the recent past, the forecast of a cooling market has prompted big houses to reduce their exposure, pulling back hard on guarantees—a financial tool which ensures that the auction houses or a third party will still pay consignors if their work fails to sell. One impact is that dour sales, like the poor Impressionist and Modern showing by Sotheby’s, may still have been profitable given that only one lot came with guarantees (a fact in which shareholders can find solace, but likely no one else).
While auction houses will continue to guarantee exceptional art, the pull back in their risk exposure also means that they’re having a harder time getting consignments to their public sales. Some have postulated that, without guarantees, auction house consignment teams are using inflated estimates to tease such pieces out of collectors’ hands. But higher estimates lend themselves to less fervent bidding activity (buyers like to think they’re getting a deal at auctions, too) and less exciting, above-estimate final results.
Both of those effects were evident last week. Multiple sales (and many more individual lots) barely scraped or entirely missed their low estimates. The Christie’s Impressionist and Modern sale hit $141.5 million on a $134.3 million low estimate, with an 86% sell-through rate. Meanwhile, the Sotheby’s Impressionist and Modern sale fell roughly $20 million below the low estimate. And bidding activity was subdued across sales, with single-bidder lots by no means an anomaly. Though guarantees are down sharply from years past, the higher demand for contemporary works means that they’ve been less impacted by the general trend—there was only one work guaranteed at the Sotheby’s Impressionist and Modern sale versus 12 at the house’s contemporary auction. For Christie’s, the ratio was 1 to 10.

Does this mean the art market is also experiencing a massive contraction? Maybe, but maybe not

There’s no doubt that the market is not what it was a year ago. That can and has been attributed to a wide-ranging set of factors: the pending election, fluctuations in domestic equity markets, and instability in the economies of major emerging markets that helped fuel the post-recession art market boom. However, one should stop very far short of mapping last week’s nearly 60% drop in auction sales directly onto the art market at large.
Due to fewer guarantees and perceived market instability, much of the major action that might have happened in salesrooms is now happening behind closed doors. For evidence, one needn’t look further than Kenneth Griffin’s recent $500 million purchase of a
Willem de Kooning
and a
Jackson Pollock
or the recent acquisition by Sotheby’s of Art Agency, Partners to boost its private sales division.
These sales are harder to track than those that take place at auction, especially for sales less likely to draw headlines than Griffin’s half-billion-dollar blowout. And the Q1 report from Sotheby’s did note a 25% contraction in private sales, too. (Christie’s, as a privately-held company, does not release this data.) But the greater control offered behind closed doors is attractive to sellers hedging not only against a possible lower-than-desired outcome at auction but also a non-sale, which functionally excludes them from offering the work for public sale any time soon (the market doesn’t like that) and leaves them with minimal leverage at the negotiating table with a willing buyer.
Sadly, this kind of appeal indicates that we could be looking at a less-transparent art market for the next few years and, in turn, less reliable statistics on the health of the market as a whole. But, economic cycles being what they are, there’s little doubt it will all soon bounce back.
—Alexander Forbes and Isaac Kaplan
*All figures include buyer’s premium 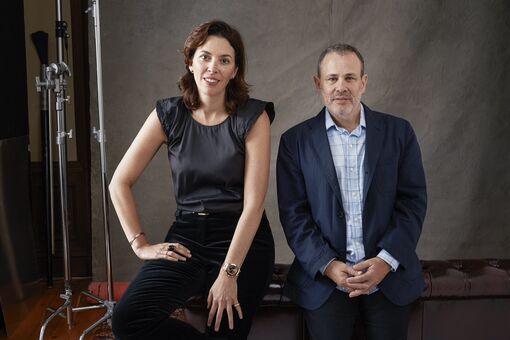