Alexxa Gotthardt
Dec 5, 2015 11:56am
Navigating your way through Miami’s abundance of quality art fairs—not to mention the labyrinthine layouts of the fair tents themselves—is no easy feat. That’s why, after braving the traffic and sifting through four satellite fairs you shouldn’t miss before heading out of town, we bring you the best of NADA, UNTITLED., PULSE, and Art Miami, with 50 of Miami art week’s must-see works.

After a much-talked-about move from its charmingly quirky Deauville Beach Resort digs, NADA’s inaugural edition at the more glamorous and centrally located Fontainebleau saw strong presentations, and sales to match. The veteran satellite fair, known for surfacing the best of the world’s emerging art and for its cool, casual ethos, has expanded steadily over its 13-year history. This year galleries hail from 32 cities in 15 countries, while 21 new participants have joined the fair’s ever-growing fold. As its second day rounded to a close, numerous galleries had switched out works—some completely rehanging their booths—pointing to gangbuster sales, a welcome shift from the more leisurely pace of sales reported at other fairs this week.
For proof, look no further than the booth of Moran Bondaroff, where
Jacolby Satterwhite
’s gender-ambiguous figure, decked in a camo bodysuit with looping videos embedded into a bra and bulging package, disappeared after selling on the first day to make room for available works. But the fresh crop was just as robust, representing a diverse range of mediums, subjects and, somewhat surprisingly given NADA’s focus on emerging art, artists’ ages. Painter
Brian Belott
’s works also hung at Moran Bondaroff, as well as two other booths: CANADA and 247365. The artist, who covers calculators with pebbles and buries remote controls and hair gel in paintings encrusted with sand and cotton balls, was kicked out of Cooper Union in the ’90s—and has since served as a lodestar for younger artists.
In other booths, paintings and sculptures by bright young things mingled with work by underrecognized older artists. Our eyes were drawn to small, tropically hued collages by 93-year-old Austria-born, Guatemala-based
Elisabeth Wild
that blend architecture with the aesthetics of rituals. Paintings by octogenarian
Rose Wylie
and sixtysomething
Dona Nelson
at Thomas Erben Gallery are also not to be missed. Nor are 69-year-old Nancy Shaver’s painted-box assemblages at Derek Eller, which look like they might house little treasures, or better yet, more of Shaver’s whimsical, object-driven abstractions. Of course, younger talent abounded too, with standout works by Willa Nasatir,
Elizabeth Jaeger
, and
Jaanus Samma
. The fair’s highlights also included ambitious, large pieces by mid-career NADA mainstays, like
Agathe Snow
and
Michael Williams
.

Agathe Snow
, Since the Beginning of Time…Love is a Battlefield, 2015

at The Journal Gallery 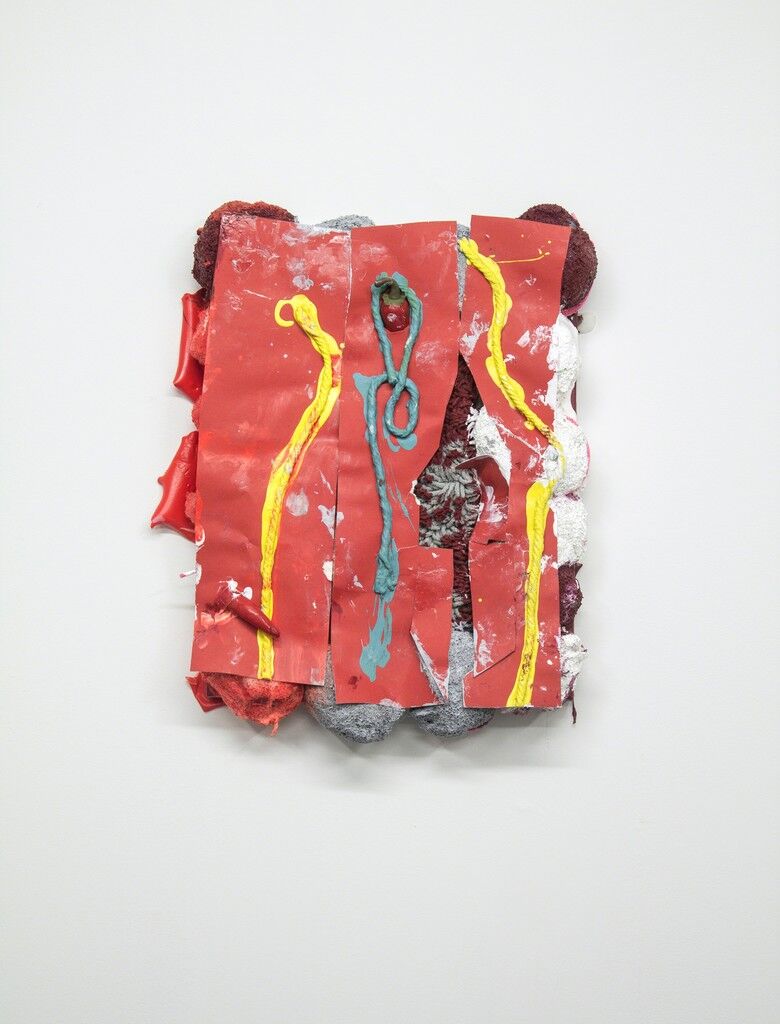 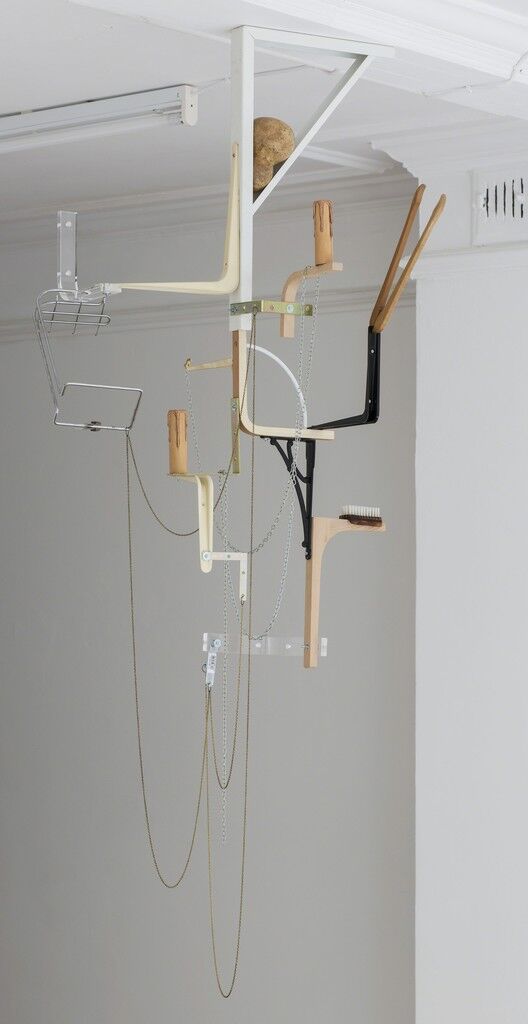 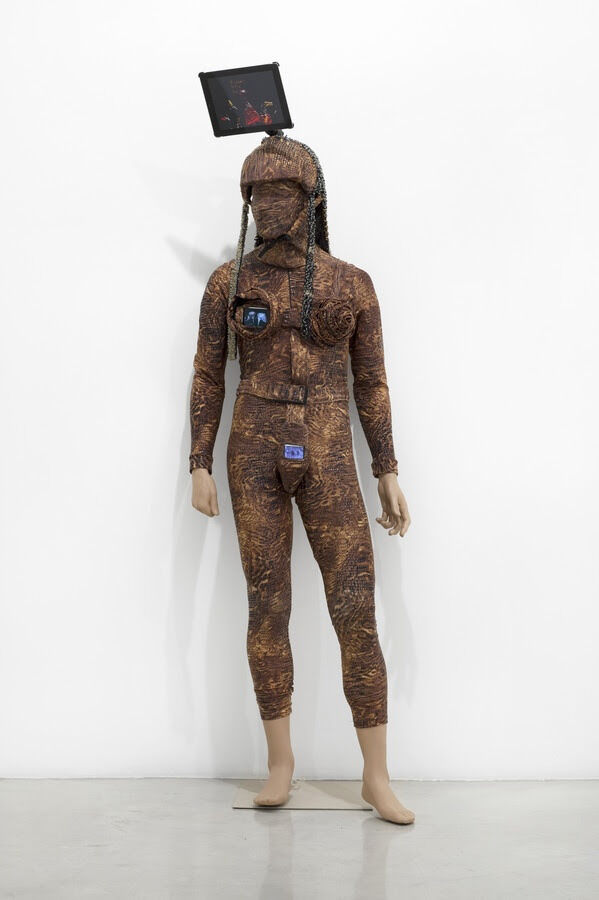 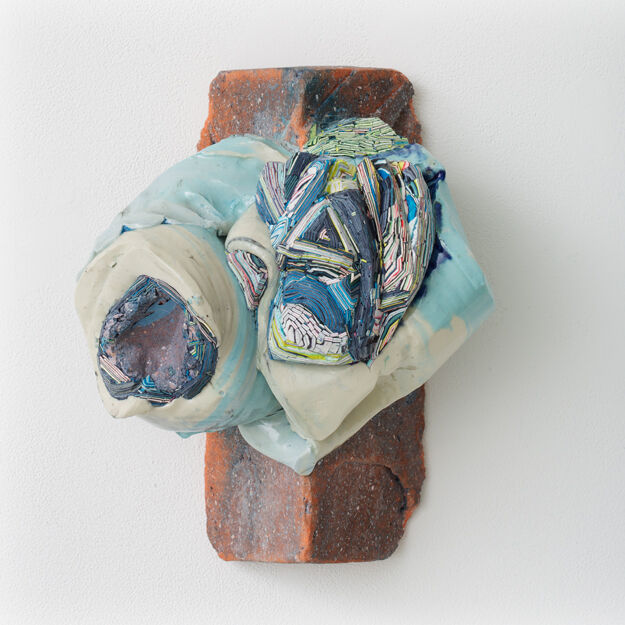 This week, if you strolled into UNTITLED. around 4pm, you were greeted by a troupe of six performers clad in black bodysuits, caps, and scarves that shrouded their faces as they stretched, shook out, and took their positions, like runners about to launch into a race. A horn sounded, and the dancers began moving through the fair on a mile-long journey that mapped the sprawling tent with a mix of angular, fluid, and sometimes aggressive movements. It was an arresting intervention that parted seas of fairgoers and set the tone for this boundary-pushing fair, helmed by Omar López-Chahoud.
In its fourth year, UNTITLED. is carving a prominent spot for itself among the satellite fairs proliferating across Miami. Within an easily accessible—not to mention stunningly luminous—beachside home, a strong cast of curatorially driven presentations assemble for fair week. These run the gamut, but usually resolve as cohesive group showings where traditional mediums mingle with a rigorous selection of video, new media, and performance work.
Enter the dark side-booth of New York’s bitforms, and witness two of the fair’s strongest new media works, by
Daniel Canogar
and
Rafael Lozano-Hemmer
. The latter’s work, 1984x1984 (2014), shows a large-scale screen of quickly shifting, flipping squares filled with numbers. As you approach, your silhouette appears in the screen, filled with 1s, 8s, 9s, and 4s. Referencing Orwell’s dystopian masterwork,
Lozano-Hemmer
comments on contemporary surveillance. Other works, too, take a critical look at contemporary culture. At the booth of Kravets/Wehby Gallery, young painter
Nina Chanel Abney
visualizes the “Black Lives Matter” rallying cry with her bold, blocky Untitled (XXXXXX) (2015).
The figurative paintings on view across the fair, the strongest by Hope Gangloff and
Austin Lee
, range from the former’s intimate, large-scale portraits of her friends (yes, that is Charlie from “Girls”) to the latter’s net-inspired, fragmented bodies. A fair favorite was Taymour Grahne’s booth, filled with
Hassan Hajjaj
’s pattern-edged portraits of flamboyantly dressed musicians and creatives, most hailing from his native Morocco.
Amid all this big, bold work, don’t miss UNTITLED.’s smaller wares. São Paulo-based
Nino Cais
’s collages and photographs particularly stood out. An obsessive collector of dollar-store items, small decorative doodads, and books of all kinds, Cais layers selections from his trove in uncanny, often performative combinations. After perusing the fair, take a break in the Maurizio Cattelan- and Pierpaolo Ferrari-conceived lounge, a delightfully surrealist environment covered in carpets, wall hangings, oversized objects, and mirrors. 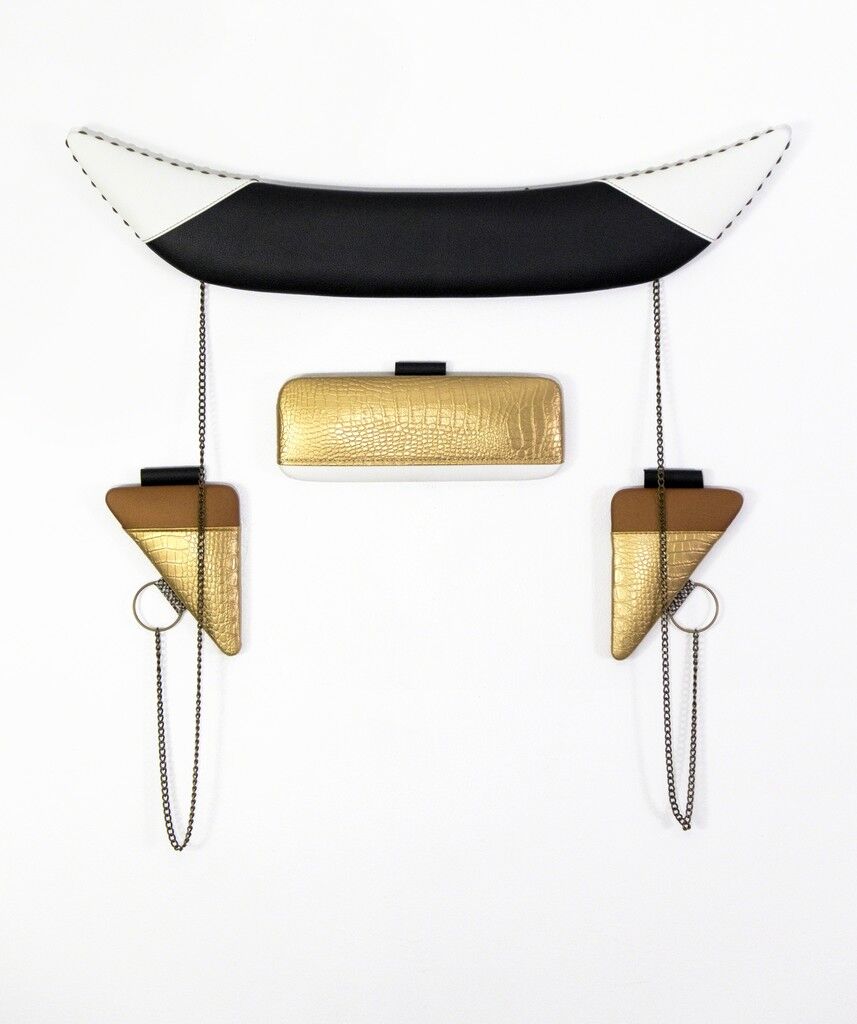 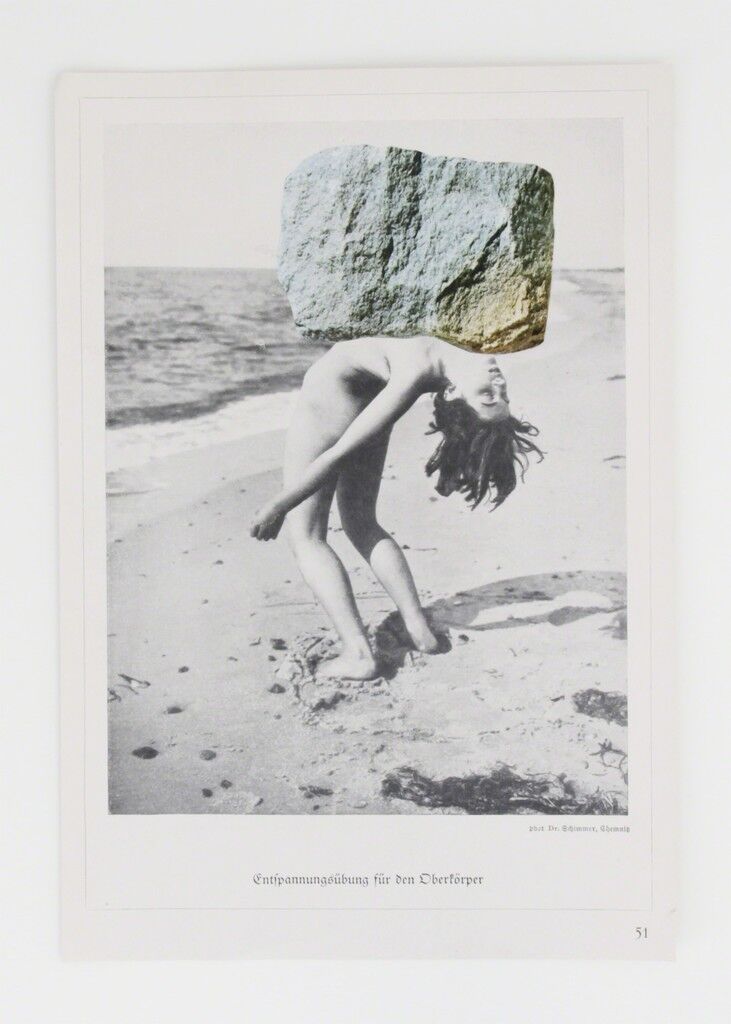 Nino Cais
, Untitled, from the Women and rocks Series, 2014 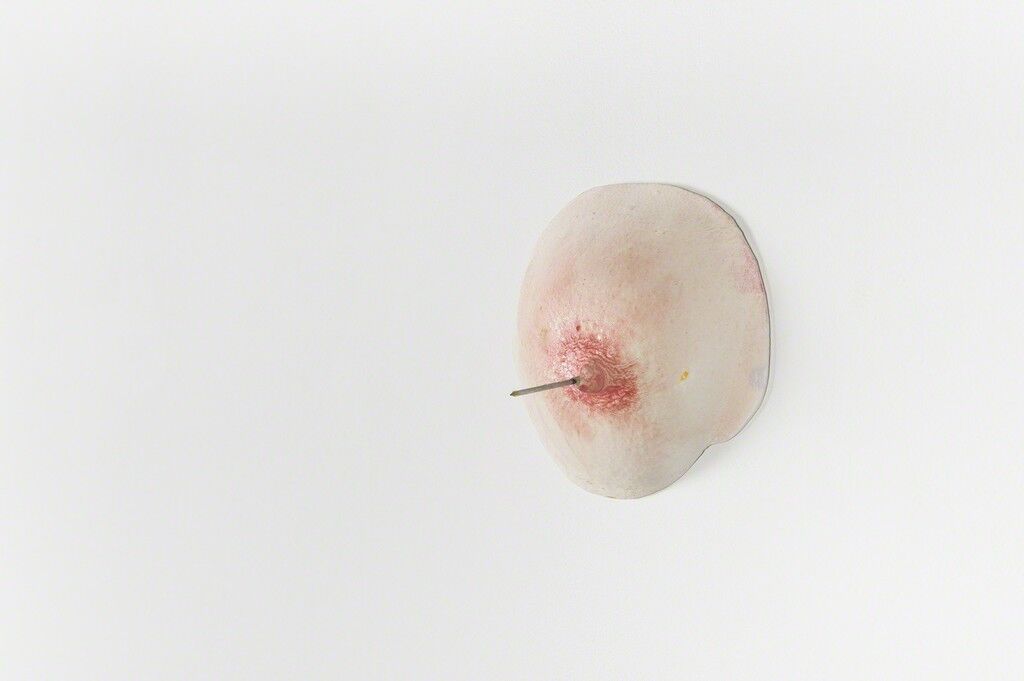 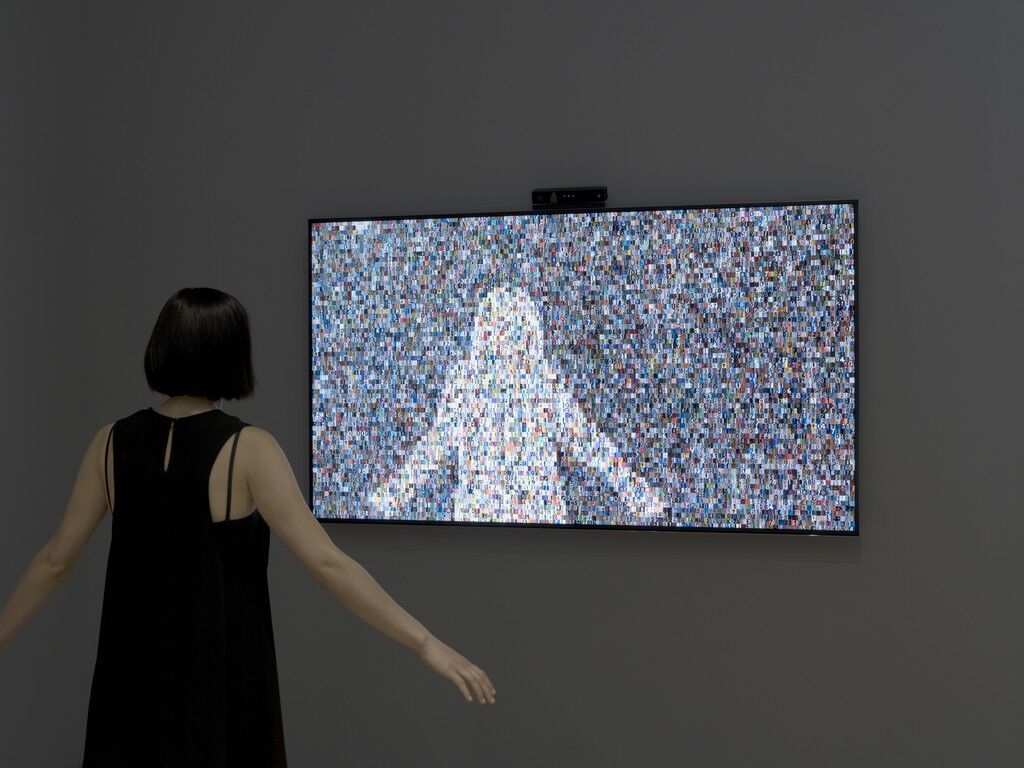 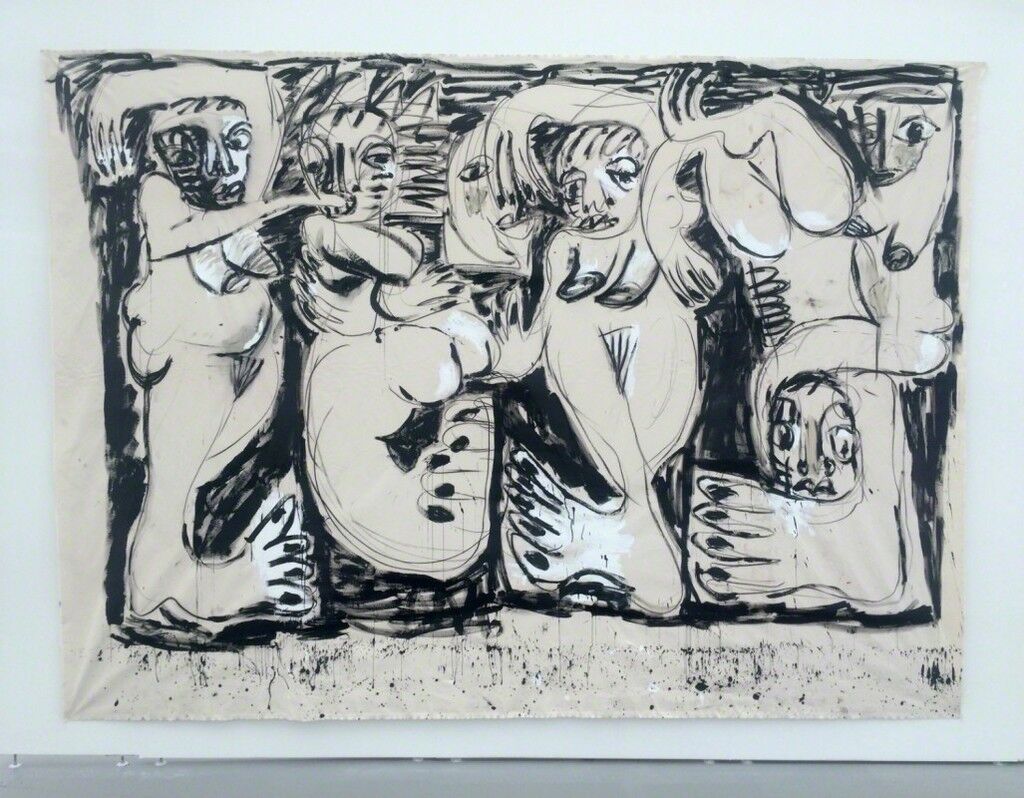 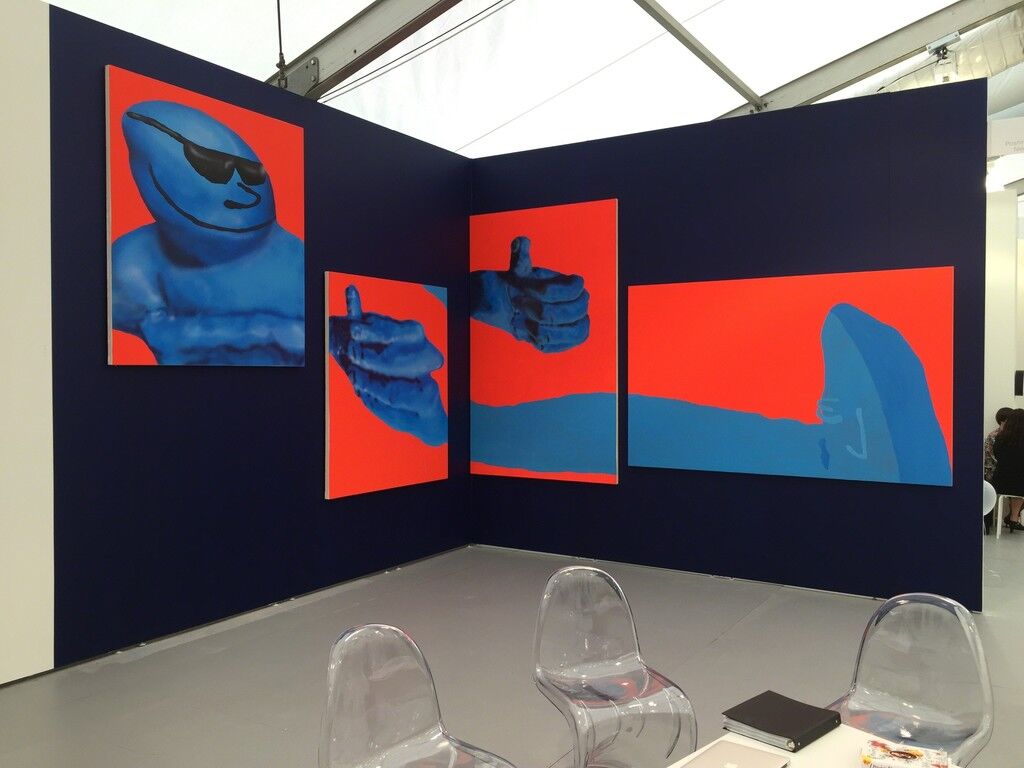 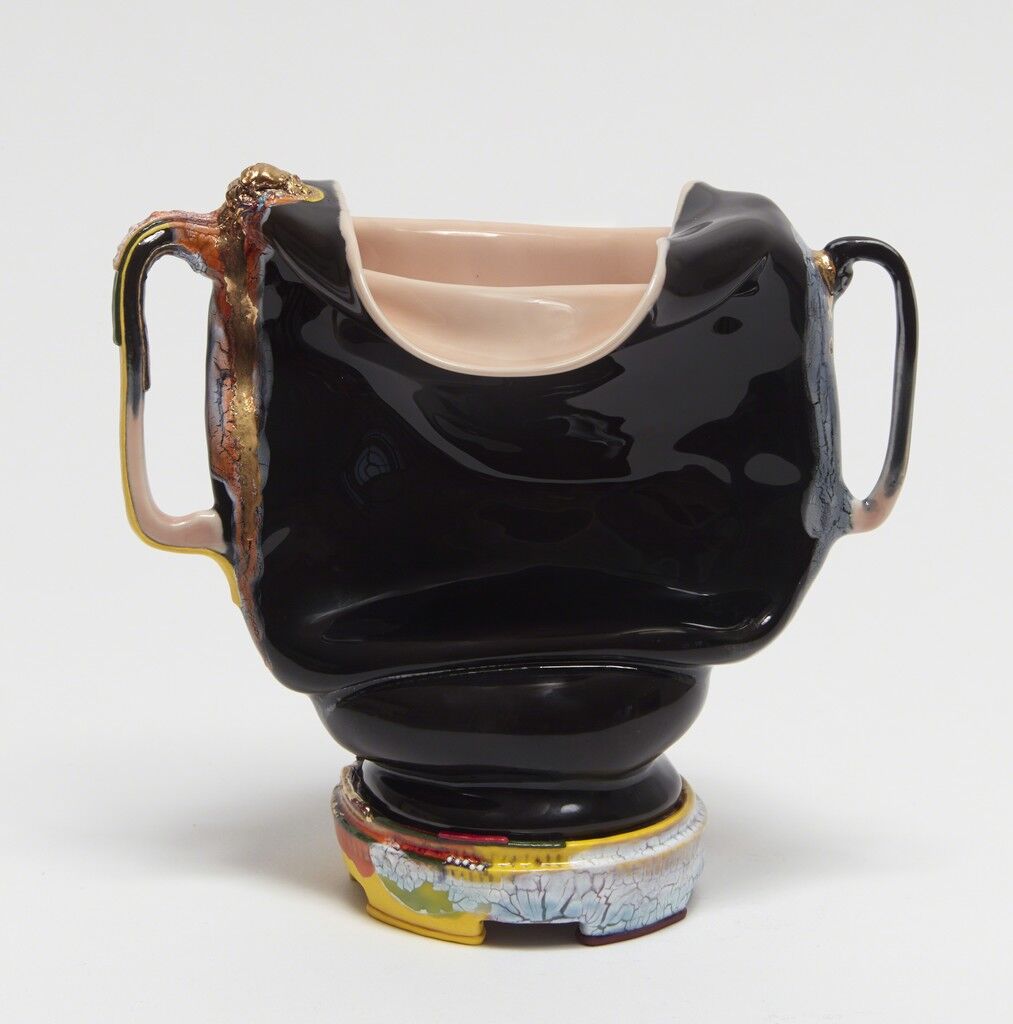 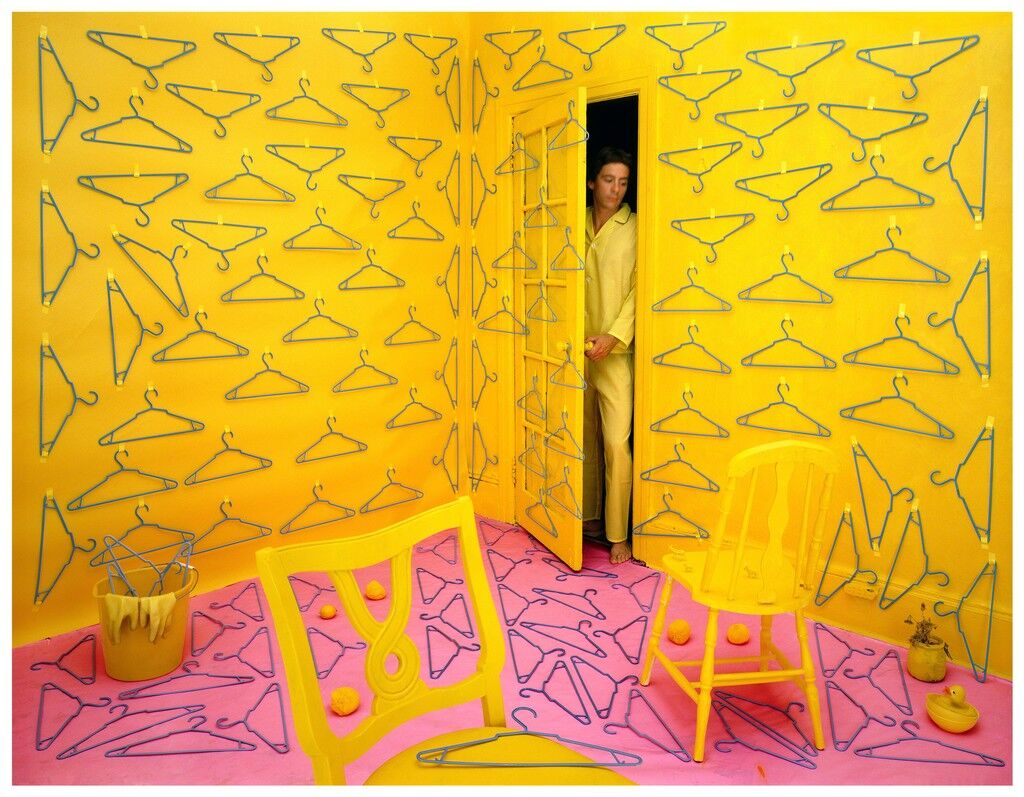 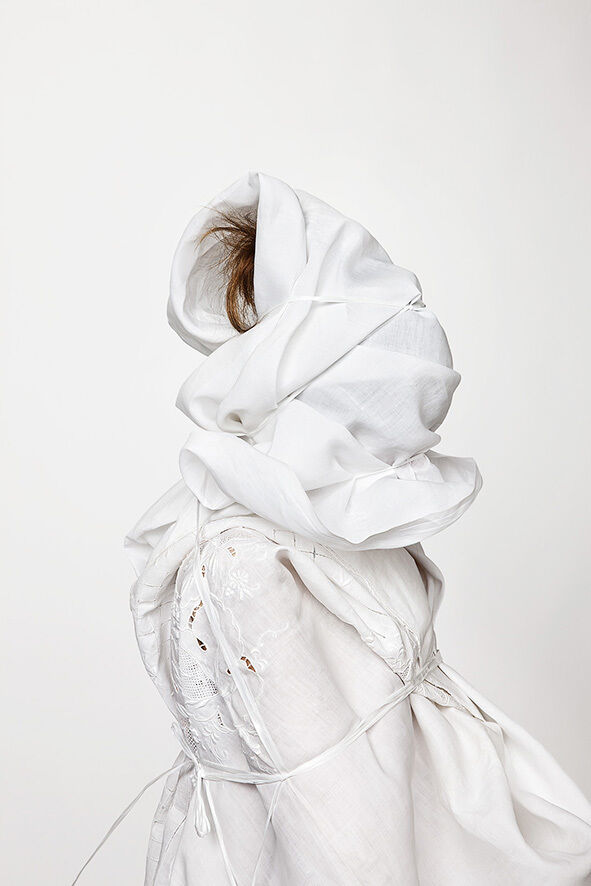 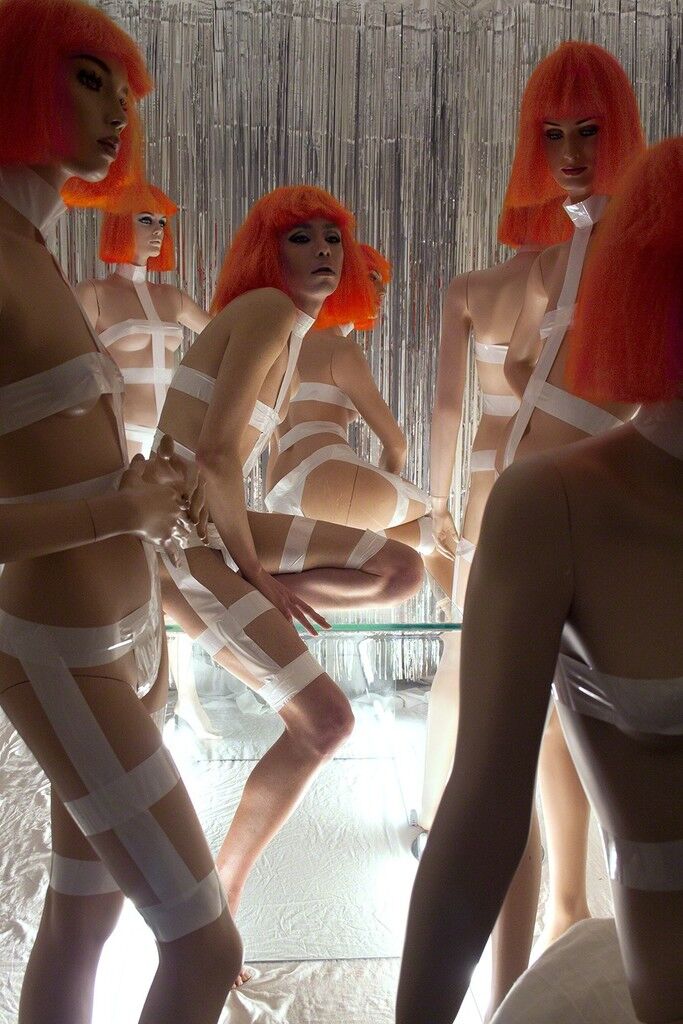 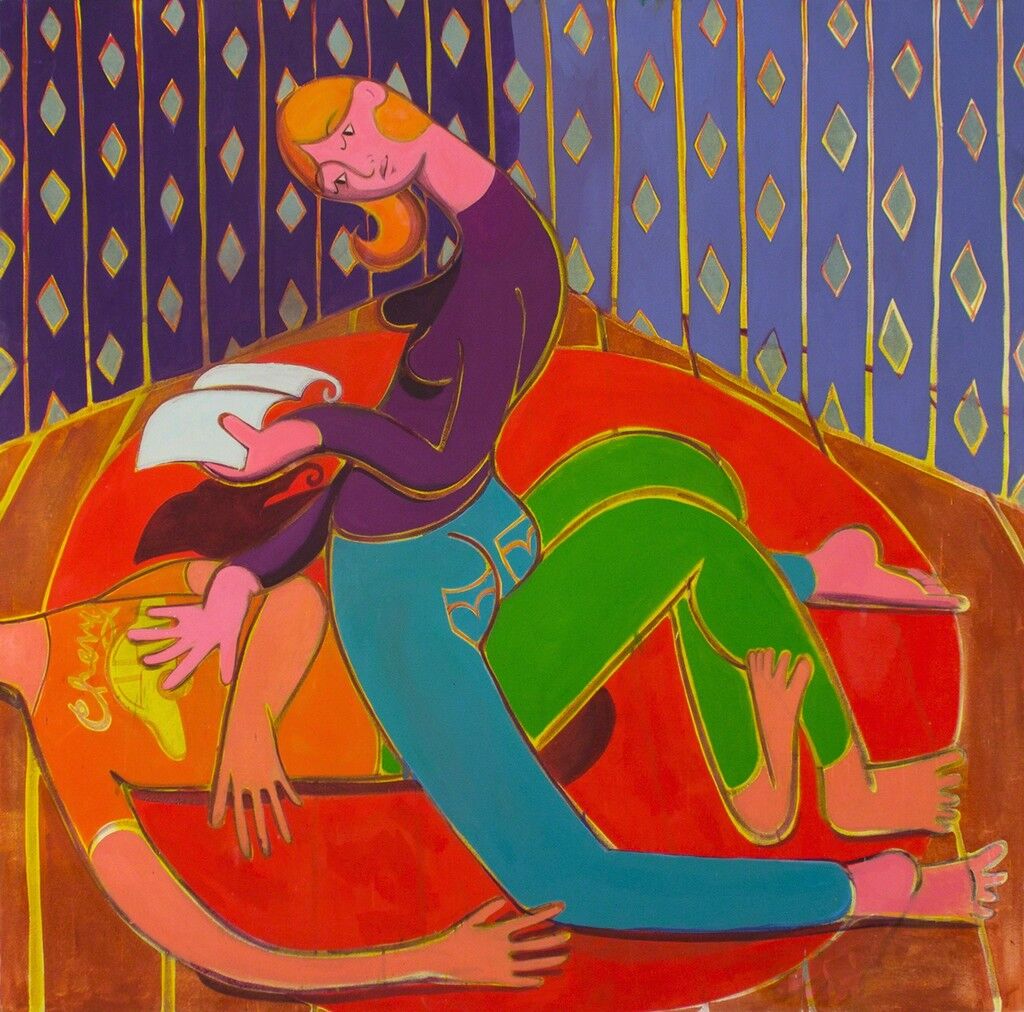 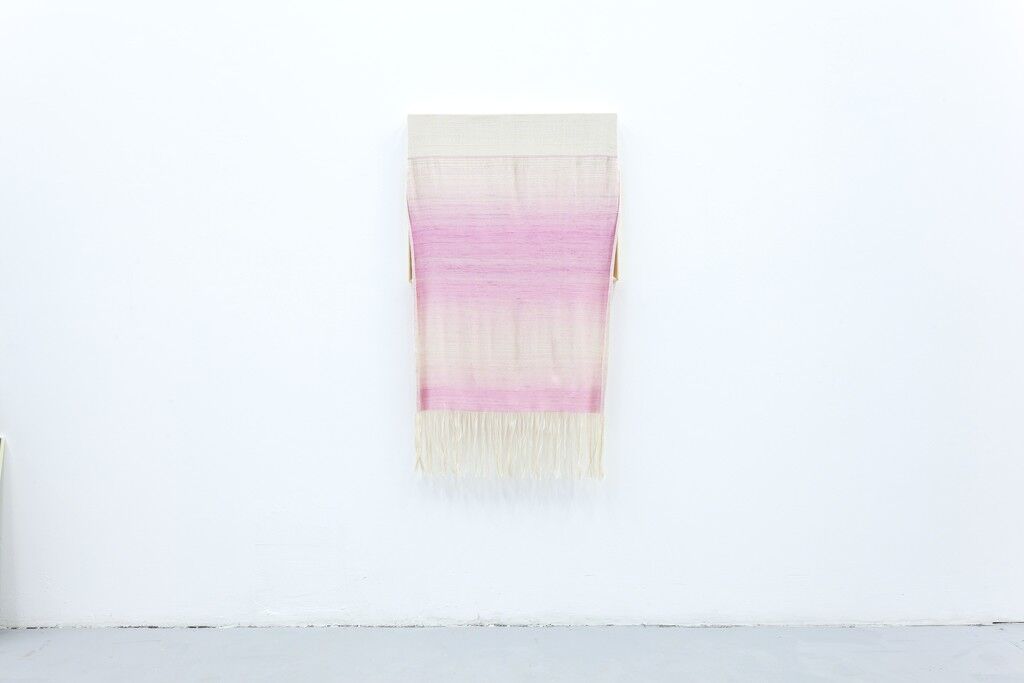 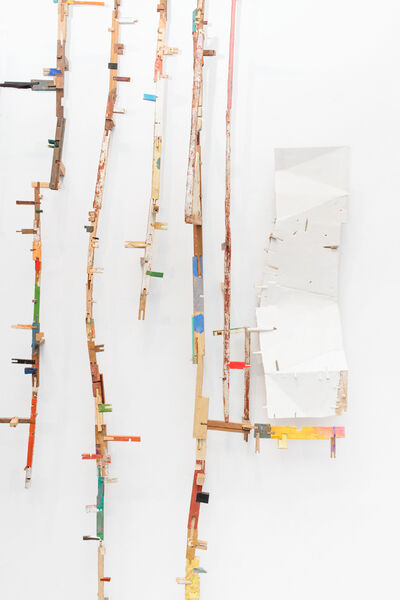 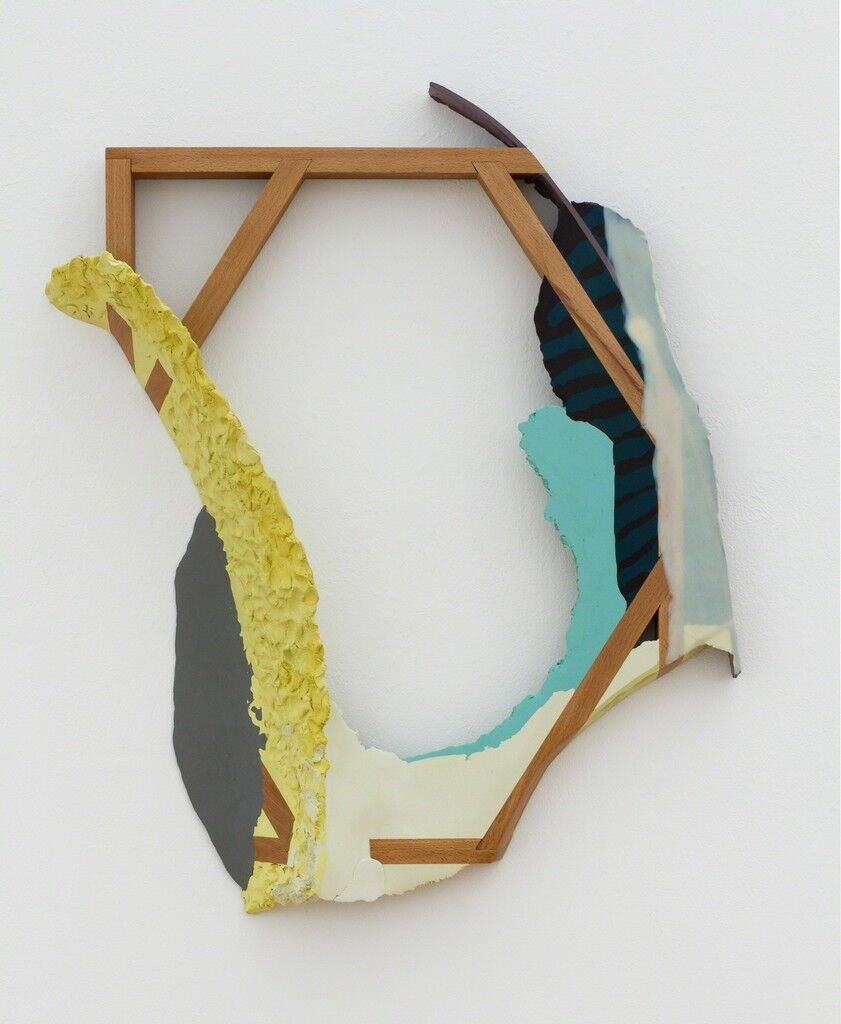 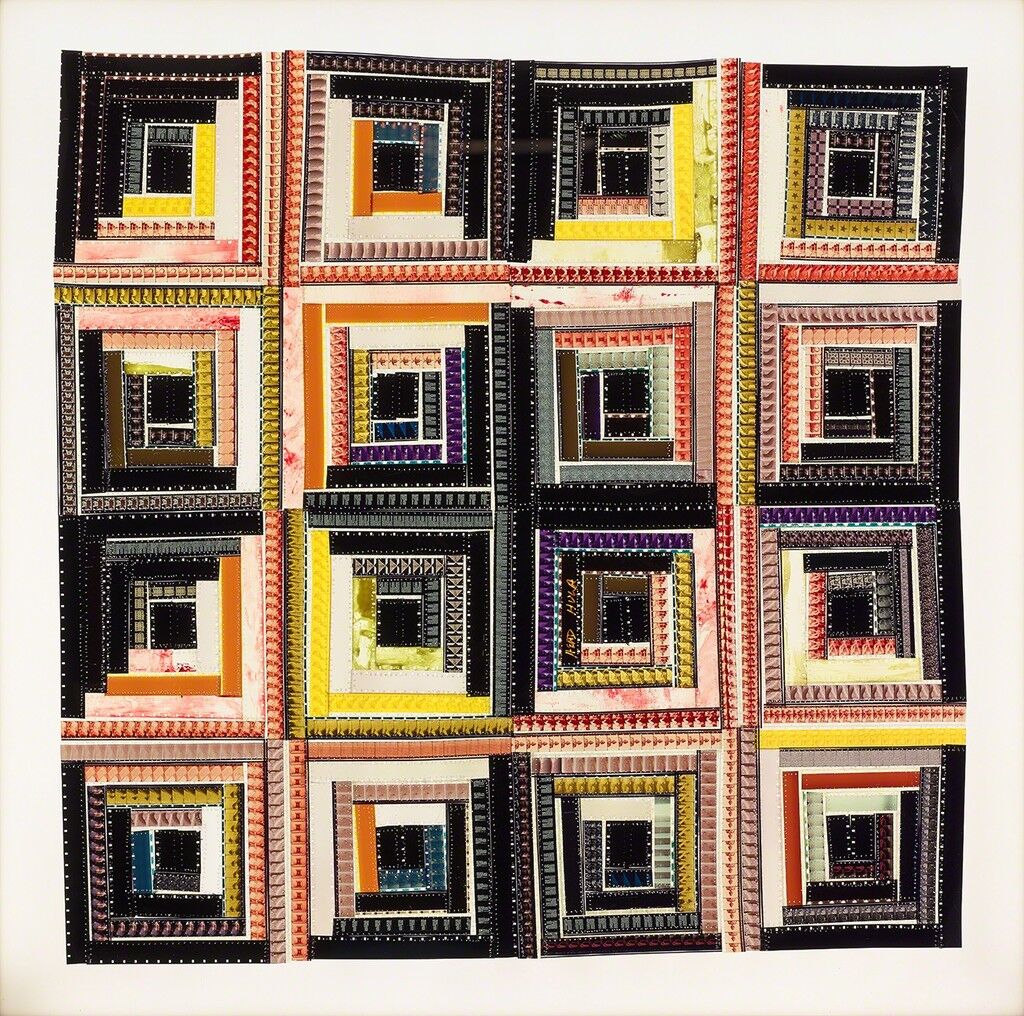 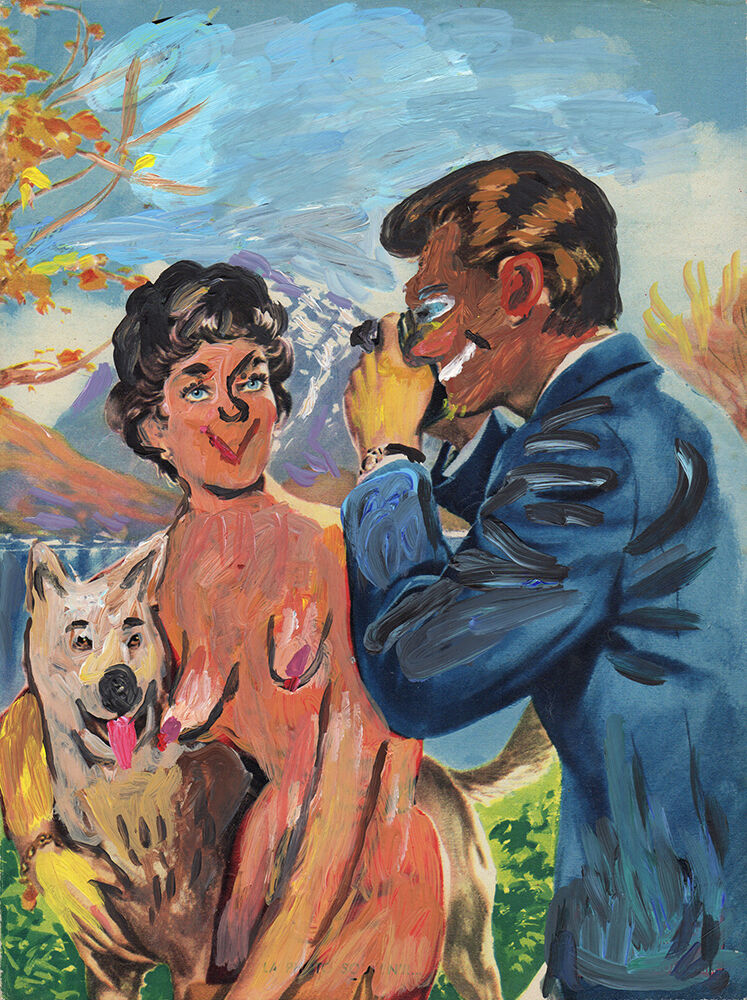 Across the bay at Art Miami, secondary-market works took center stage.
Claes Oldenburg
’s Fagend Study (1975)—a unique sculpture of a crumpled, partially smoked cigarette butt—was originally sold by Leo Castelli in ’76 and, in the mid-’90s, made a cameo in the cult rom-com Clueless. At Scott White Contemporary Art, a wall of
Warhol
polaroids gave glimpses into the lives of creative geniuses Gianni Versace, Diana Ross, and, our favorite of the bunch, a curmudgeonly but ever-charming
Man Ray
. It wasn’t easy selecting favorites at James Barron Art’s booth, but
Beverly Pepper
’s towering Corten totems from the early ’80s (she was one of the first women to make art with the rust-hued cast iron made famous by
Serra
) won out, with Ken Price’s Untitled (1993), resembling a modernist geode, coming in at a close second. 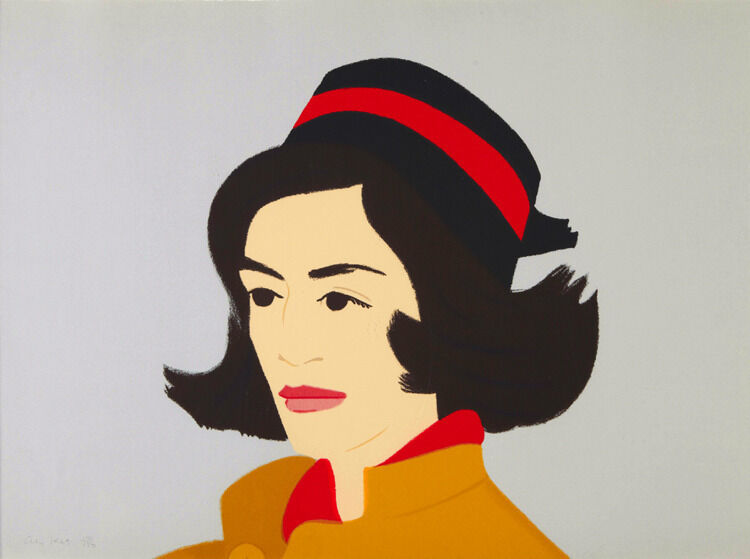 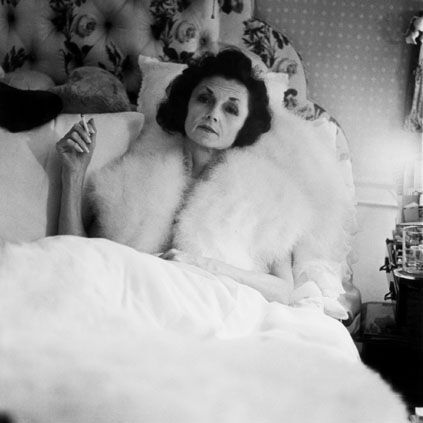 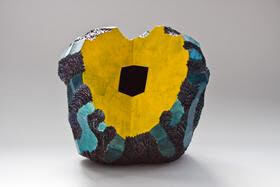 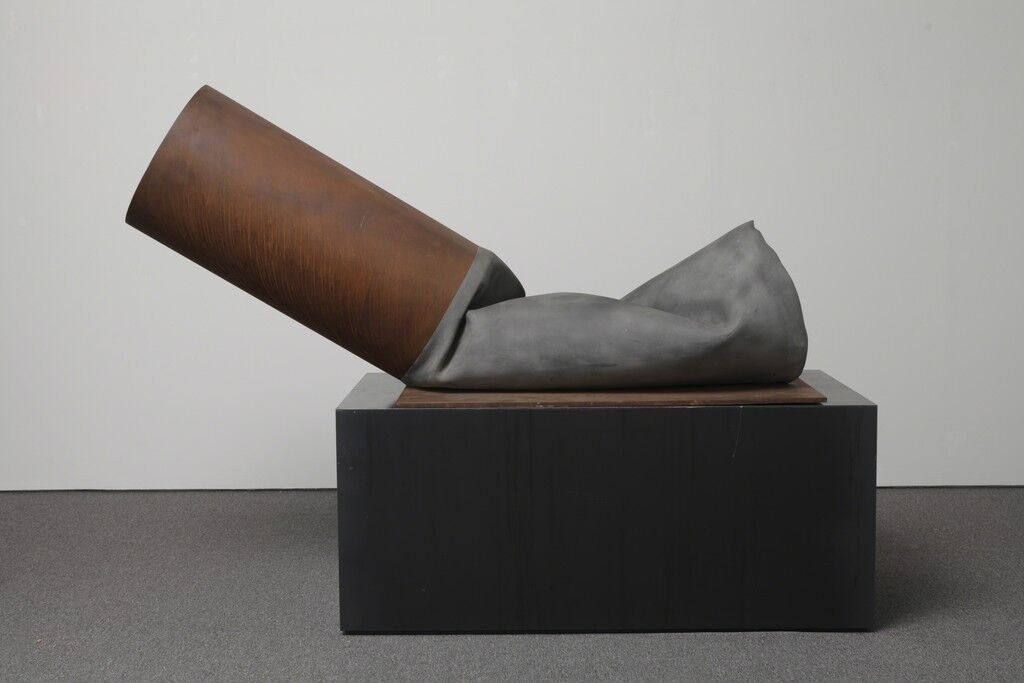