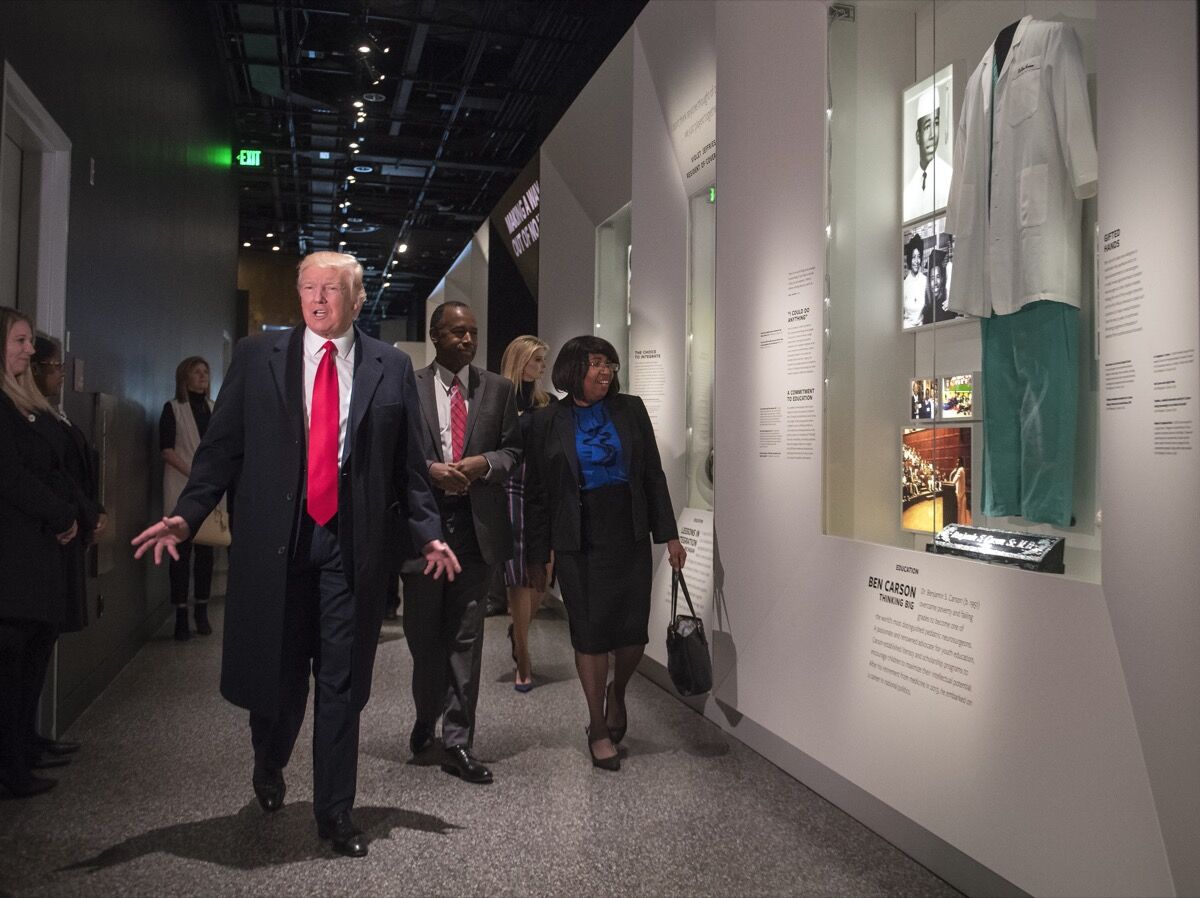 Those who want to eliminate the National Endowment for the Arts (NEA) have long portrayed it as the domain of the left-leaning elite, a funding arm for high-brow culture that is irrelevant to average Americans.
Pat Buchanan, a leading voice against the NEA during the 1990s, called it the “upholstered playpen of the arts and crafts auxiliary of the Eastern liberal establishment.” Fast forward to the current debate over the agency’s imperiled existence, and the rhetoric is similar.
Speaking on Meet the Press, President Trump’s budget director Mick Mulvaney said that he couldn’t turn to a “coal miner in West Virginia and say I want you please to give some of your money to the federal government so I can give it to the National Endowment for the Arts.”
The implication is clear: The arts, especially publicly funded arts, aren’t valued by real Americans.
But a poll conducted in 2015 by the advocacy group Americans for the Arts found that 87 percent of Americans consider the arts to be important to one’s quality of life, while 55 percent say they’d support effectively doubling the NEA’s federal funding. Despite that, President Trump’s newly released budget proposal calls for eradicating the agency entirely.
Indeed, survey data has long found broad and consistent support for the arts, even during some of the most heated attacks on the NEA. A 1999 Princeton University study revealed that during the culture wars of the 1990s, the commitment to defunding the NEA was never a majority-held position.
Rather, an organized and driven minority of Americans with disproportionate political power mounted a vigorous attack on the agency. This despite the fact that 60 percent of the country supported continued or increased funding at the time.
But this discrepancy is more confusing than illuminating. How can an agency that is broadly valued come under such relentless attack?
Partially, it’s because the NEA remains a relatively easy and attractive political target for critics, like the current American president, who see it as a way to make a statement about committing to small government.
And while those who disapprove of publicly funding the arts are motivated, the support expressed in surveys is softer than the big percentage figures make it appear. Indeed, those who claim to value the arts don’t necessarily feel strongly about advocating for the NEA.
“Caring about the arts is very different than public support for the arts,” explains Bob Lynch, president and CEO of Americans for the Arts. He also points to America’s historical reticence toward such public funding, noting that even establishing the NEA in the 1960s was far from guaranteed.
Today, one challenge in turning Americans’ general support for the arts into a political bulwark against cuts is ensuring their voices are heard in ways that count. To this end, arts advocates are in better shape now than they were a few decades ago, Lynch says. As a whole, he says, the field has taken strides in channeling this sentiment into tangible efforts to lobby elected representatives. 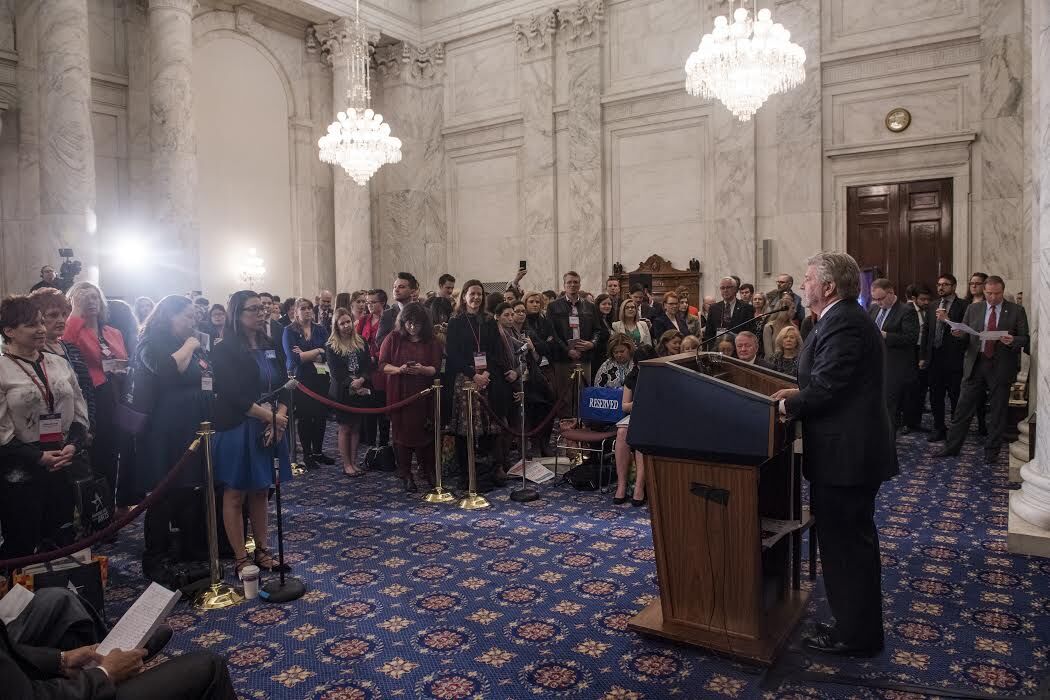 With that goal in mind, Americans for the Arts uses a third-party platform,VoterVoice, which enables the public to contact an elected representative about the NEA in roughly two minutes. The organization also recently wrapped up two days of advocacy in Washington D.C. that saw 650 arts advocates gather, strategize, and contact their representatives.
“We have to be relentless,” Lynch says of such efforts, adding that he believes they will be successful.
A report in the New York Times, which found that several Republican representatives are wary about eliminating the NEA entirely, gives reason to hope. But while speculation over the demise of the agency may prove to be premature, its budget is always vulnerable to cuts.
Some argue that cultivating permanent, robust support for the public funding of art—beyond any one legislative fight—requires shifting how advocates speak about its benefits. Rushing to defend their field, many arts backers are quick to cite the economic impact. But research has shown that trumpeting figures doesn’t galvanize support among the general public.
“They don’t believe it, frankly,” says Margy Waller, a senior fellow at the research organization Topos, which in 2010 released a study on public attitudes toward the arts and arts funding.
The research found problems with other traditional message points—about the transformative cultural power of the arts, for example, which they discovered overemphasizes the individual, rather than communal, impact of the field.
Such rhetoric plays into the idea that the arts are a form of personal entertainment, not suited for public funding. They also reinforce the notion that the arts only brings benefits to those who experience them first-hand.
Waller says advocates should instead work to shift the narrative from one where the public is “thinking of the arts as a consumer,” to one in which they are “thinking of the arts as a citizen.” For the arts to deserve public support, she notes, they must be seen as a public good.
This requires altering how the arts are represented. Picture the difference between an orchestra sitting in fancy dress in a concert hall—an event that appears elitist and provides no obvious value to those who don’t attend—and showing those same musicians working in local after-school programs, teaching music. “That changes, fundamentally, the way we think about the benefits of the arts,” Waller says.
Her research found that people responded well to talking points that emphasize the “ripple effect” of the arts as a means to strengthen neighborhoods and bring people together.
The NEA already funds numerous such socially engaged organizations, which are ripe for use as case studies showing the agency’s positive impact. One example, the New York-based nonprofit Cool Culture, provides museum access to over 50,000 families, connecting them with institutions that might otherwise be culturally alienating or financially inaccessible.
The organization receives 25 percent of its annual budget from the NEA and the Institute of Museum and Library Services (the latter which is also federally funded, and also on the chopping block in President Trump’s budget). Candice Anderson, Cool Culture’s executive director, said the NEA and IMLS are “excited about the work we’re doing and the reach we have to communities of color and folks that aren’t affluent.”
Ironically, it is funding from IMLS and the NEA that helps Cool Culture “address issues of elitism that individuals who are attacking these agencies accuse them of,” Anderson says.
Isaac Kaplan is an Associate Editor at Artsy.
Related Stories