The 6 Artists to Watch at Independent Brussels

Molly Gottschalk
Apr 22, 2016 6:35pm
After months of anticipation, Independent Brussels is in full swing. The fair brings its signature exhibition-level curation to the Belgian capital, with 72 exhibitors spread across six floors. These six emerging artists stood out from the pack in the fair’s first days. 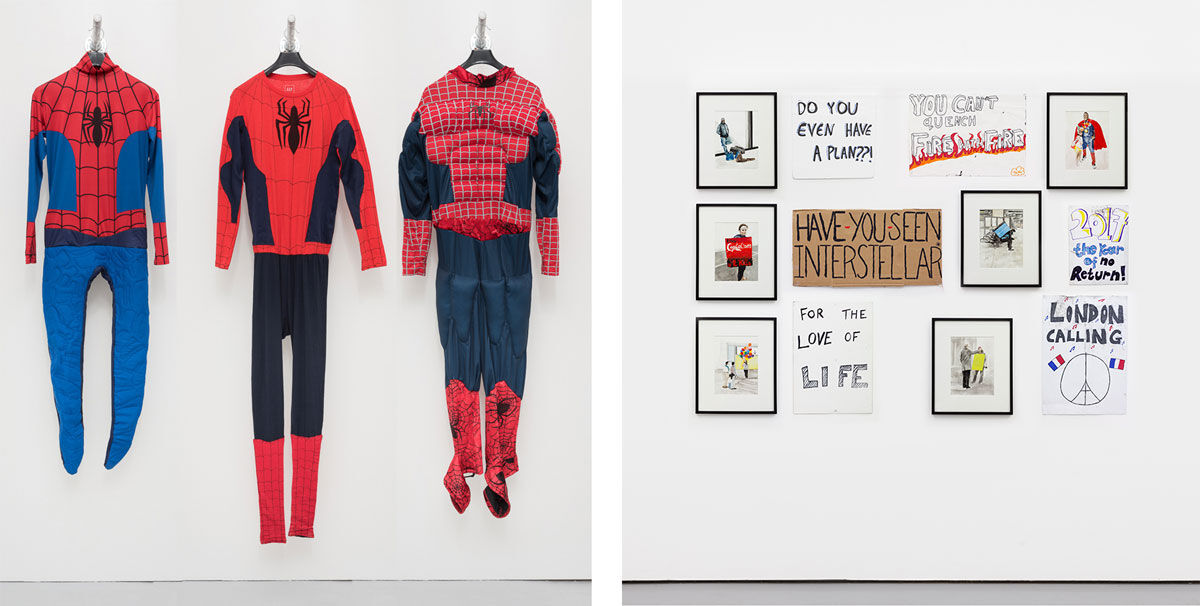 Lloyd Corporation is a collaboration between
Sebastian Lloyd Rees
, who shows as a solo artist with Mother’s Tankstation, and Ali Eisa, who has his own practice as well but also works as an academic, youth worker, and writer. As a duo, “they’re interested in the precarious forms of labor that result from capitalist structure, and the boundaries between public and private spaces” in capitalist economies, according to the gallery’s owner Vanessa Carlos. Good luck passing by Carlos/Ishikawa without stopping to check out the Spiderman suit tryptic (The saga of the costume continues, 2016, priced at €5,500) that hangs in the booth. Carlos explained of the work: “They are very interested in amateurism, and this very iconic Hollywood costume that gets co-opted,” by many, including those in the U.K. who collect money outside of the tube stations in DIY superhero suits. Sharing the same wall, I used to work for DHL back in the 90’s... (2016; €8,500) includes 12 works—watercolors and protest posters collected at environmental and anti-war rallies among them.

ON VIEW AT SIMON PRESTON

Advertisement
Collectors keep returning to Simon Preston’s booth to see the work of Brooklyn-based artist
Tonsfeldt
—and with good reason. On the heels of exhibitions at Zero gallery in Milan and MASS MoCA, and ahead of the artist’s solo at Raucci/Santamaria in Naples, the gallery presents sculptural works incorporating layers of television screens in order to make the objects behind them appear to be digital. “Josh is thinking about how we mediate through the lens of the phone, through the camera, and how we then view everything through the lenses of iPads and computers,” said gallery director Paula Naughton. Amongst four works on plaster, overlaid with peeled-apart flatscreen panels (available for €8,000), the highlight of the booth is a sculptural, deconstructed television that’s been hung vertically (Untitled, 2016; €10,500). Still functioning, the housing displays video of a morphing form that undulates through found objects and debris from his studio.

ON VIEW AT OFF VENDOME 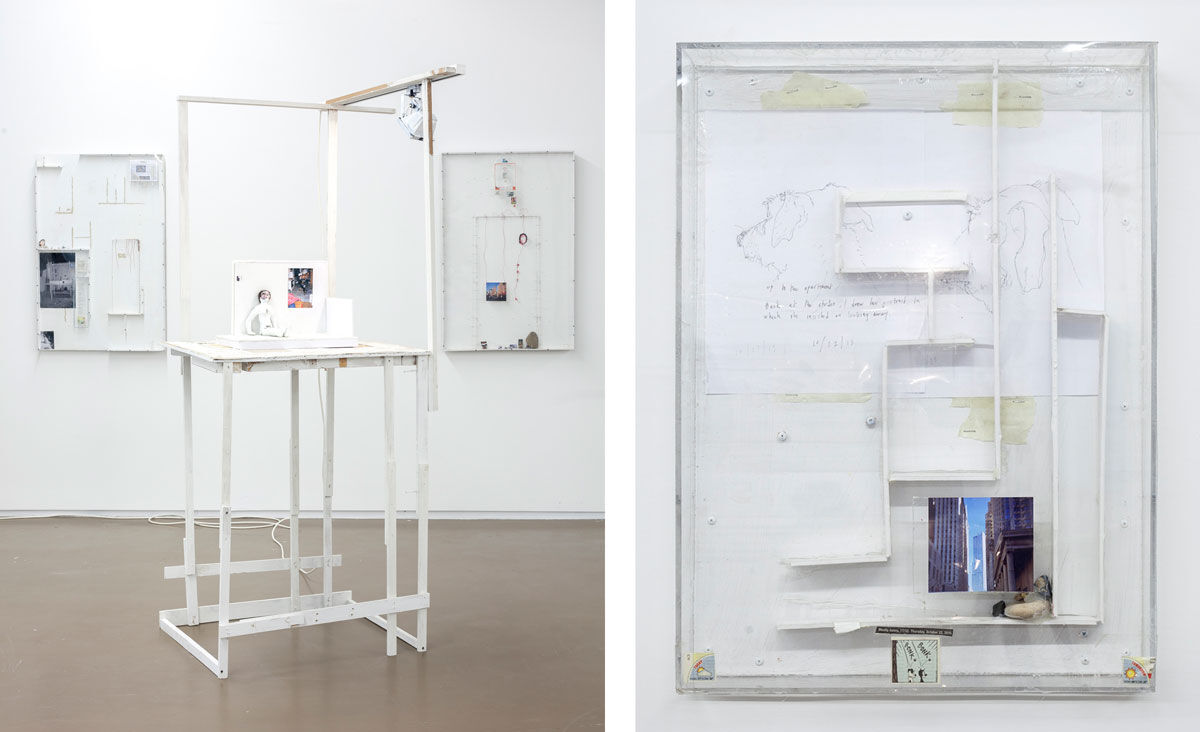 Installation view of works by Win McCarthy at Off Vendome’s booth at Independent Brussels, 2016. Photos courtesy of Off Vendome.

In three weeks, McCarthy’s work will open in a five-person group show at the Whitney Museum. But this weekend, it commands one of the sleekest corners of Independent Brussels. Two walls of New York gallery Off Vendome’s booth are lined with a new body of work. Like a lot of the young artist’s work, the plexiglass boxes function as self-portraits. “Each one encapsulates a moment in time,” said gallery founder Matt Moravec. That includes a quite literal interpretation of the theme, 10/22/15 (2016), in which the artist has incorporated items from a photograph taken while on a walk and newspaper cutouts of the day’s weather. The best of the bunch, Anger and Scrutiny (2016), is a teaser to the artist’s Whitney debut. It offers a glimpse of one of his new works (a cutout of the island of Manhattan) through a black-and-white photograph that was snapped in his Red Hook studio. The work pictured also includes a figure (the artist himself) that appears again in the sculpture at the booth’s center. In both instances, it sits symbolically beneath a spotlight.

On view at Room East

Visitors to Room East’s booth might initially be lured by the
Broodthaers
slide projection series at its center, but the paintings hung on either side, by Parisian artist Monnerie, are a surprising reason to stick around. Though he’s shown at Shanaynay in Paris, in a group show at Room East, and has his first New York solo at Room East on the books for September, the 28-year-old artist is still largely unknown. The three paintings are each dotted with a row of seven cufflinks that are either gifted from friends or scavenged from the flea markets of Paris. In Manchette (2015), “they’d been given to him by a Japanese friend whose grandfather had passed away,” said the gallery’s Juliette Premmereur. “They’re all nautical-themed, and each tell a different story.” Like the Broodthaers work, she noted, “the works are trying to create meaning out of a sequence of items, to relate one symbol after another.”

ON VIEW AT MARY MARY 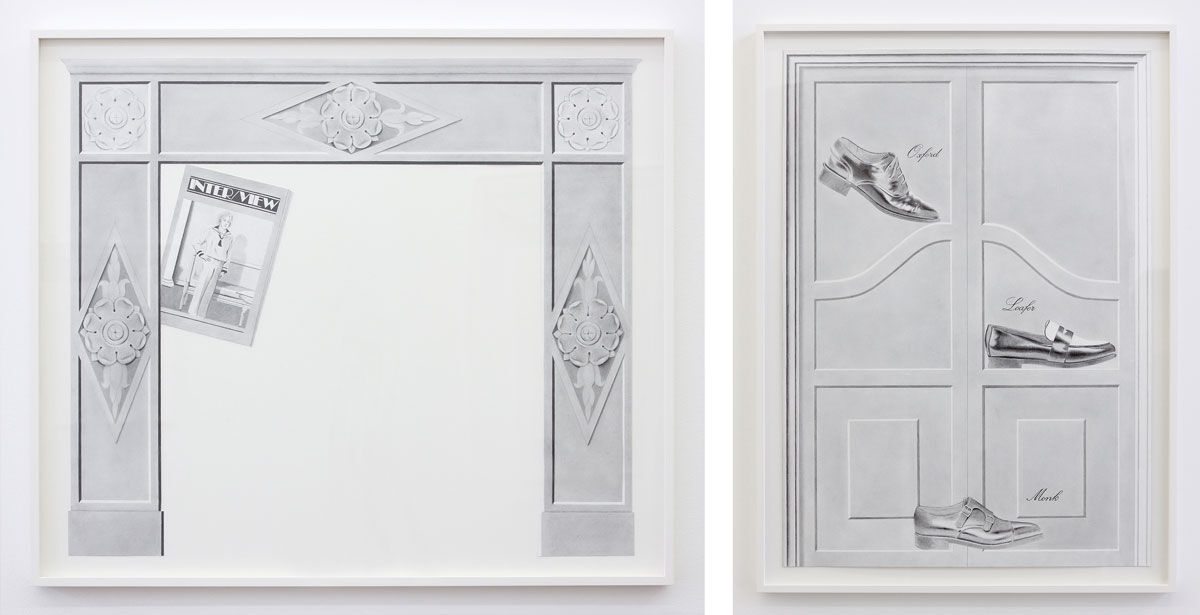 Los Angeles-based artist
Chow
mines 1970s fashion photography for inspiration for her delicate, if a touch film noir, drawings. Ahead of her first solo show with Mary Mary in September, the gallery presents a series of graphite-on-paper drawings—some incorporating photo transfers and priced between $3,000–4,500—like the mysterious woman, clad head-to-toe in black, who appears to have been clipped from a ’70s fashion spread. “She talks about how they act as film stills; there’s this action around them that we don’t see,” noted Mary Mary founder and director Hannah Robinson of the dark, imaginative mise-en-scènes, framed by ornate mantels and moldings. “She hasn’t really shown in Europe before,” she added. (Chow’s had buzz across the U.S. thanks to shows at Chapter NY and Los Angeles’s Young Art.) “But there’s a really European aesthetic to what she does,” added Robinson.

On view at Koppe Astner 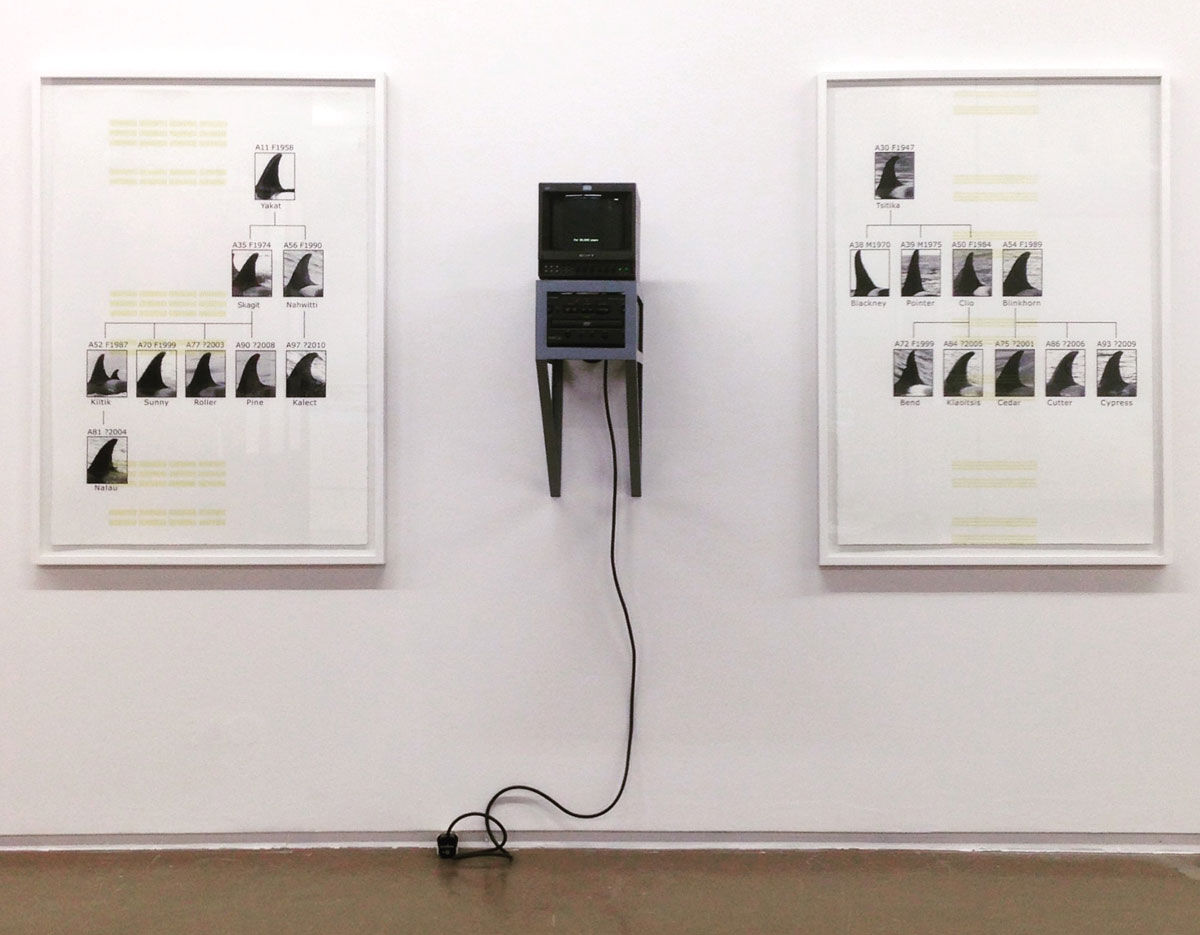 Glasgow-based video artist
Prodger
, currently in the British Art Show and looking ahead to a July exhibition at Kunstverein in Düsseldorf, constructs narratives culled from sources spanning YouTube videos and historical documents. At Koppe Astner, the 38-year-old artist presents Flat/Placed/Spread (2016). The work (priced at €11,000) sees a video monitor play subtitles from Marguerite Duras’s 1979 short film, Les Mains négatives, which describe the prehistoric handprints found on the walls of caves in Southern Europe. It is flanked by two pages from a microbiology book, depicting the matrilineage of an orca, as identified by its fins. “The handprint and the fin are surface trademarks that identify the whole,” said the gallery’s Emma Astner. “It’s a quite conceptual work,” she added, noting, however, that it’s been well-received by the “committed Belgian collector base, which takes a lot of time to find out information about a work.”
Molly Gottschalk is Artsy’s Lead Visuals Editor.
Related Stories