6 Sculptures That Rattled Critics and Shook up Public Art

Jackson Arn
Aug 8, 2018 5:56pm
Everyone loves art, but not everyone has the time (or the cash) to visit art museums. For this reason, governments have a duty to their people to find the money—taxpayer money, if need be—to pay for free works of art. When these public artworks are at long last unveiled, everyone wins: the artists, for nabbing prestigious government contracts; the people, for gaining access to beautiful art; the governments, for sponsoring the kinds of noble aesthetic achievements that lie at the heart of civilization.
If only things were so simple. In the real world, public art projects are more likely to be Sisyphean ordeals, in which ideals of truth, beauty, and democracy are quickly squashed beneath mounds of controversy. Since at least 1504—the year
Leonardo da Vinci
tried to use his influence to confine his rival
Michelangelo
’s masterpiece David to a quiet corner of the Piazza della Signoria—the process of gifting sculpture to the general public has provided art historians with an opportunity to see how the sausage gets made: how power and politics, not just creativity, govern art-making.
The past 200 years have provided any number of opportunities to understand the ins and outs of art made for that strange, possibly fictitious group known as “everyone.” Below, then, are six examples of controversial public sculpture, and with them, six different ways of thinking about art in general. 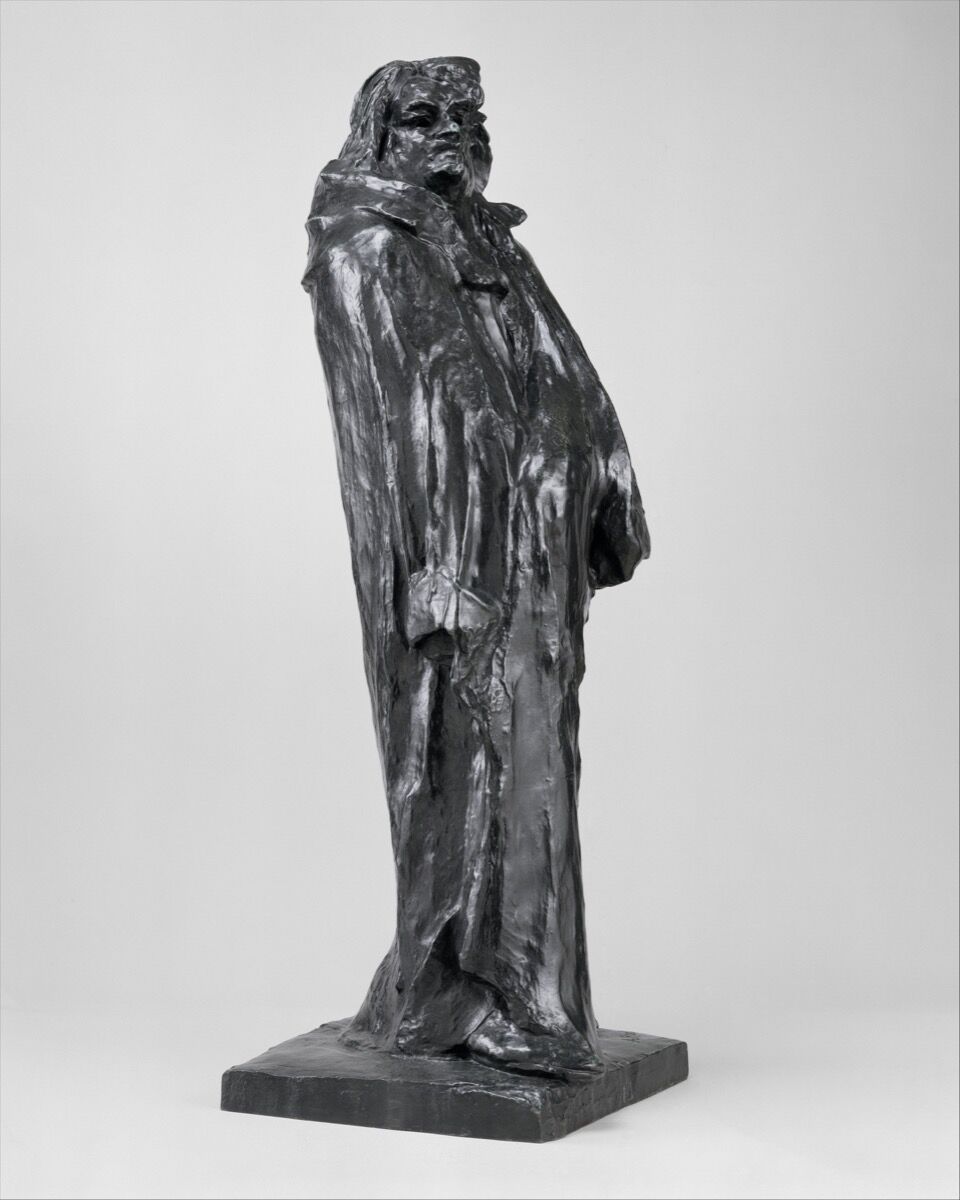 Auguste Rodin, Final Study for the Monument to Balzac, modeled 1897, cast 1972. Photo via The Metropolitan Museum of Art. 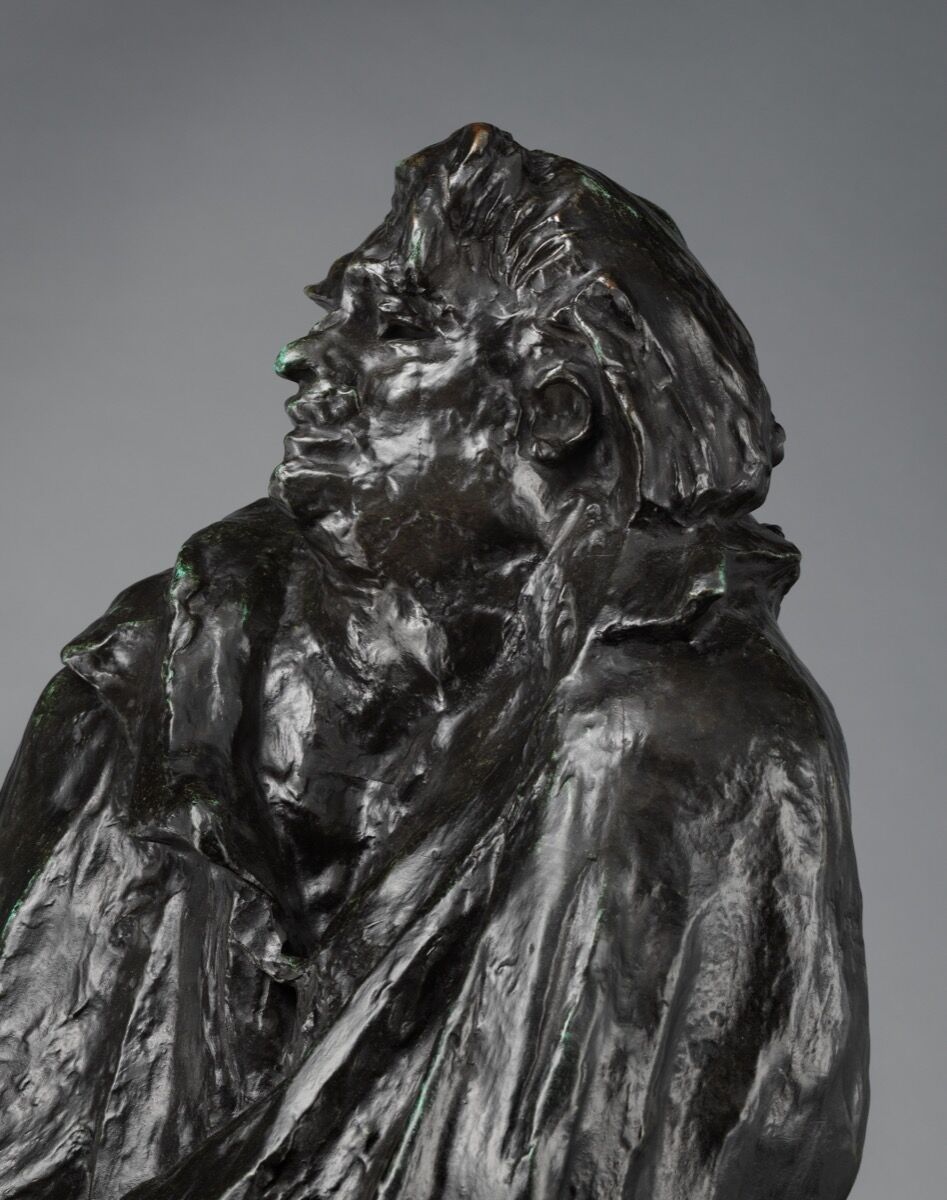 Auguste Rodin, Final Study for the Monument to Balzac, modeled 1897, cast 1972. Photo via The Metropolitan Museum of Art.

What is the difference between public sculpture and sculpture in general?
Auguste Rodin
’s Monument to Balzac—a work that consumed the artist’s creativity for the better part of a decade—stands at a crossroads between the two terms. After the death of the great French novelist Honoré de Balzac in 1850, the Paris-based Société des Gens de Lettres began planning a statue to honor his legacy. It wasn’t until the early 1890s, however, that Rodin—who, at the time, was teetering on the verge of global fame—won a commission from the Société to sculpt the novelist’s likeness.
Rodin’s project was at once public and intensely private. The Société had envisioned a proud, majestic work that would be shared with all of Paris, a fitting monument to the author of the massive novel sequence The Human Comedy. As Rodin immersed himself in Balzac’s life and work, however, he became less and less concerned with literal representation, and instead sought to convey the man’s creative spirit, which he saw as a worthy model for his own. Title aside, the plaster study Rodin submitted to the Société in 1898 (more than five years after his original deadline had passed) included almost nothing to identify it as a likeness of Balzac, not even a telltale pen or pile of books.
The critical response was predictably harsh—so harsh that plans to cast Rodin’s work in bronze were rudely canceled. It wasn’t until 1939, more than 20 years after the artist’s death, that a full-size bronze Balzac was finally unveiled in the heart of Paris. As such, Rodin’s sculpture set a pattern for the reception of ambitious public sculptures; by offering an idiosyncratic, personal take on a famous figure, place, or event, artists can’t help but give offense. 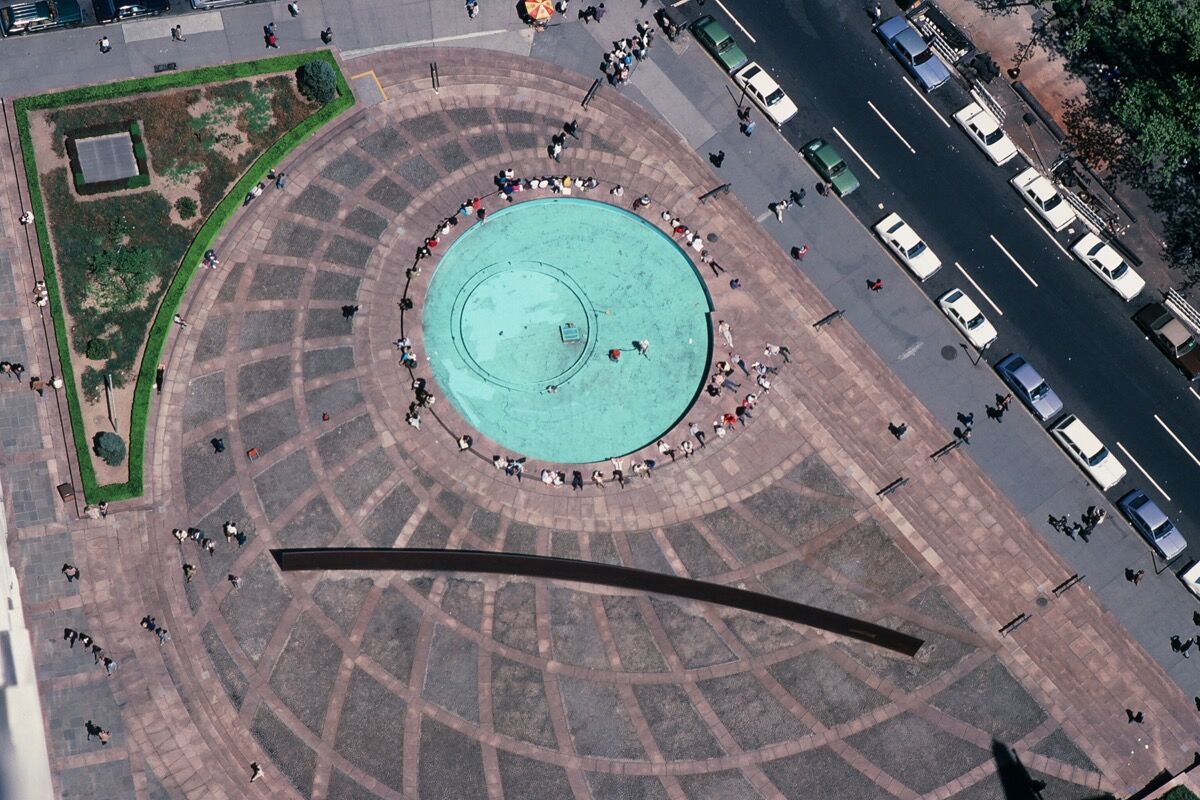 Advertisement
One of the hallmarks of public sculpture is its site-specificity: its ability to make elements of a location, and only that location, a crucial part of the viewers’ experience. The site-specificity of
Richard Serra
’s Tilted Arc—a 12-foot-tall, 120-foot-long, slightly tilted steel plate that ran through Manhattan’s Federal Plaza from 1981 to 1989—makes the work all the more cheekily brilliant—or, if you prefer, infuriating. For most of the 1980s, the sculpture forced passersby to take absurdly inconvenient routes to cross the plaza. By 1985, over 7,000 people—many of whom were employed in surrounding buildings—had signed a petition calling for Tilted Arc’s removal. Later that year, a jury sided with the petitioners.
The battle over Tilted Arc had just begun, however: The jury’s decision was only enforced after four more years of appeals. For Serra, the incident remains a symbol for courts’ insensitivity to artistic expression; for others, it’s a symbol for artists’ insensitivity to the tastes and practical needs of the public they claim to care about. In the near-decade-long debate over Tilted Arc, it was frequently pointed out that Serra’s piece had been funded with taxpayer dollars, via the United States General Services Administration.
Again and again, debates about public sculptures have come back to some version of this point: If the people pay for public art, even indirectly, then the people should have the final say in the form the art takes. It’s rather difficult to imagine a world in which public art projects actually functioned in this way, and that may be a good thing, lest all paintings look something like this. 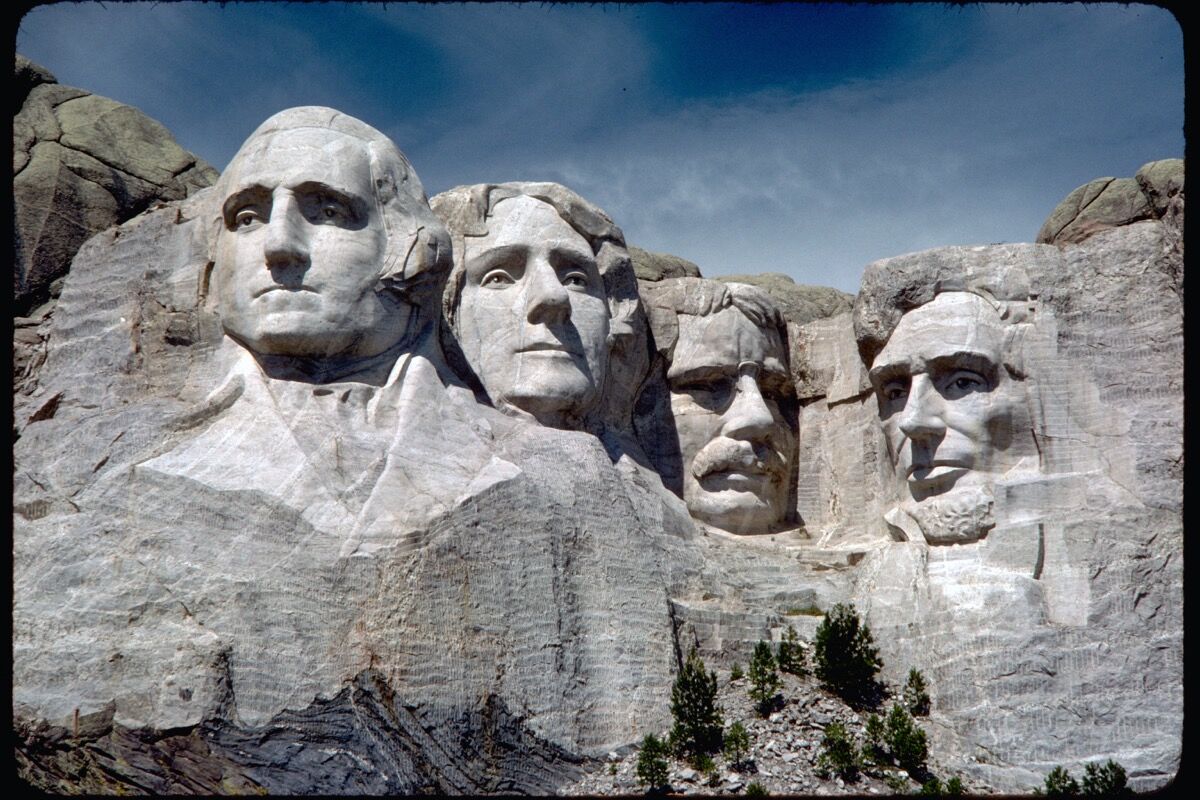 Many of the most famous public sculptures are overtly concerned with mythologizing the past. Because they’re often funded by the government, and because they’re theoretically available to all, they can function as propaganda, offering a state-approved draft of history that every loyal citizen needs to know.
If this sounds harsh, consider sculptor
Gutzon Borglum
’s jingoistic masterpiece: the Mount Rushmore National Memorial. Begun shortly after the end of World War I and completed on the eve of America’s entry into its successor, the 60-foot-tall, four-headed sculpture was first authorized by Congress during the Coolidge administration, a mere six years after the death of one of the work’s eventual subjects, Theodore Roosevelt. Borglum selected Teddy, George Washington, Thomas Jefferson, and Abraham Lincoln not simply because of their greatness, but because of their roles in the country’s expansion.
A franker way to put this: If all American presidents have either enabled or directly participated in the theft of Native American lands, these four were the kleptomaniacs of the bunch. Mount Rushmore itself was stolen at gunpoint from the Lakota tribe during the Great Sioux War of 1876, the same year the U.S. was busy celebrating its centennial. The Mount Rushmore National Monument itself says nothing at all about these crimes, of course; instead, four (literally) granite-jawed men stare off into the distance, denying their country’s past as they seem to contemplate its glorious future. In 1970, Native American activists occupied the monument and gave it a new name, in honor of a general who gave his life to fight the U.S. Army: Crazy Horse Mountain. 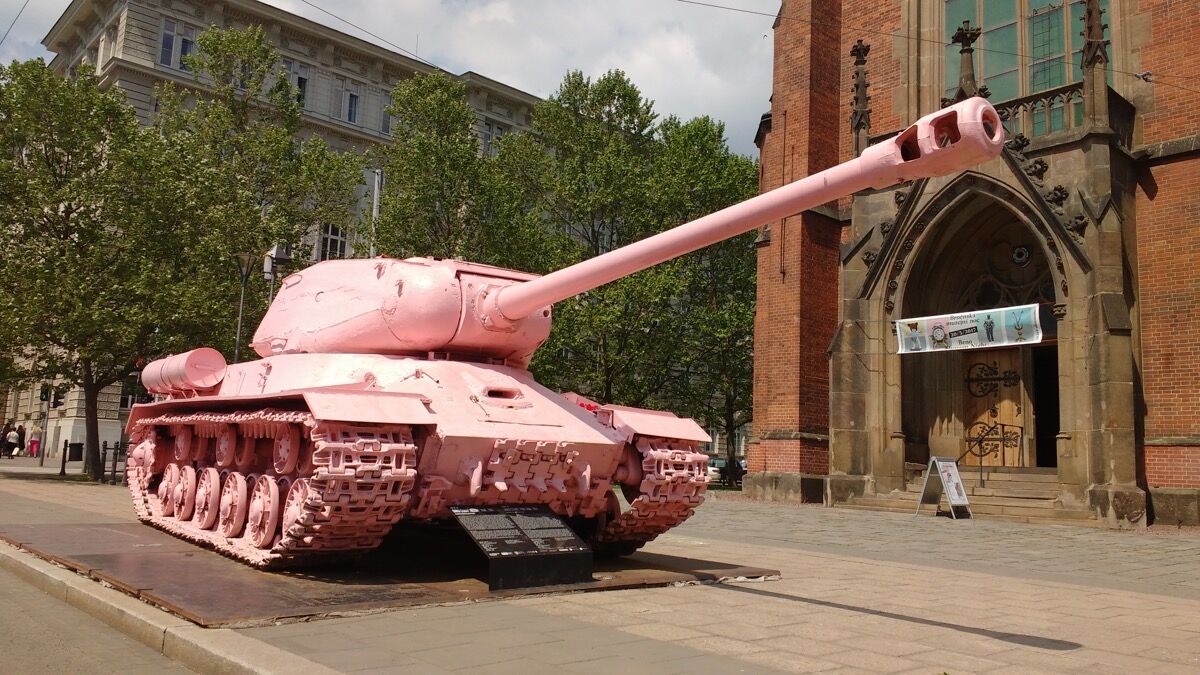 Not all public sculpture is so clumsily nationalistic, of course. In Prague, shortly after the end of World War II, Soviets left an infantry tank as a monument to its own Red Army, which had pulled the city out of the Fascist frying pan only to toss it into the Communist fire. The monument remained an icon of Cold War-era imperialism until the night of April 27, 1991, when a young art student named
David Černý
painted the tank a shocking pink color—and added a big middle finger to the turret.
Although the monument was repainted (and Černý promptly jailed), hundreds of people worked to recreate his handiwork in a show of solidarity, reapplying the pink paint after the government removed it. By the end of the year, the tank had been moved to storage in the Military Technical Museum in the Czech city of Lešany—a major symbolic victory in the liberalization of Eastern Europe following the collapse of the U.S.S.R.
Černý’s work wasn’t a literal sculpture so much as a brave act of political resistance doubling as art. But in other ways, it’s an example of public sculpture at its most incisive. Armed only with a can of paint, Černý reimagined the Soviet occupation as something grotesque and ridiculous. Think of his Pink Tank as a lens, refocusing and reimagining 50 years of European history at a time when the legacy of Communism was still up in the air.

Jeff Koons, Bouquet of Tulips (conceived in 2016; not yet realized) 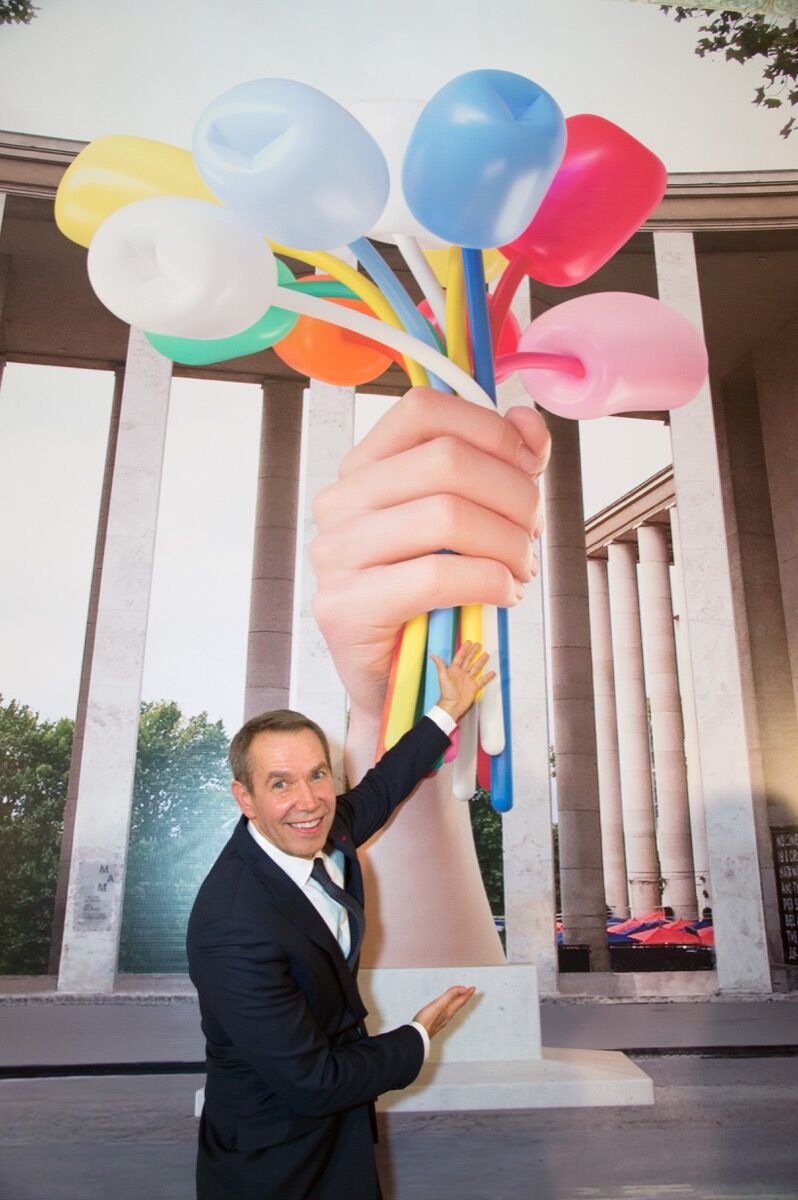 In the wake of a tragedy, well-wishers often send flowers as a quiet, tender showing of sympathy. After the 2016 terrorist attacks in Paris,
Jeff Koons
opted for a different approach. That November, he announced that he’d be gifting a public sculpture to France in hopes that it would stand near the Palais de Tokyo; the sculpture, to be paid for with private donations, would consist of an enormous hand clutching a bright bunch of tulips.
To say that Koons’s proposal proved controversial—dozens of prominent Parisian figures signed a letter calling the artwork “shocking,” “opportunistic,” and “cynical”—is almost superfluous. Koons is controversial in the same way that Kevin Durant is tall: Controversy underlies everything he’s ever achieved as an artist, good or bad. Even so, Bouquet of Tulips—which the French Ministry of Culture recently announced would not be installed at the Palais de Tokyo—could be considered his defining work: a public sculpture of such naked, cloying populism that one can’t help but wonder if it was an elitist practical joke all along. 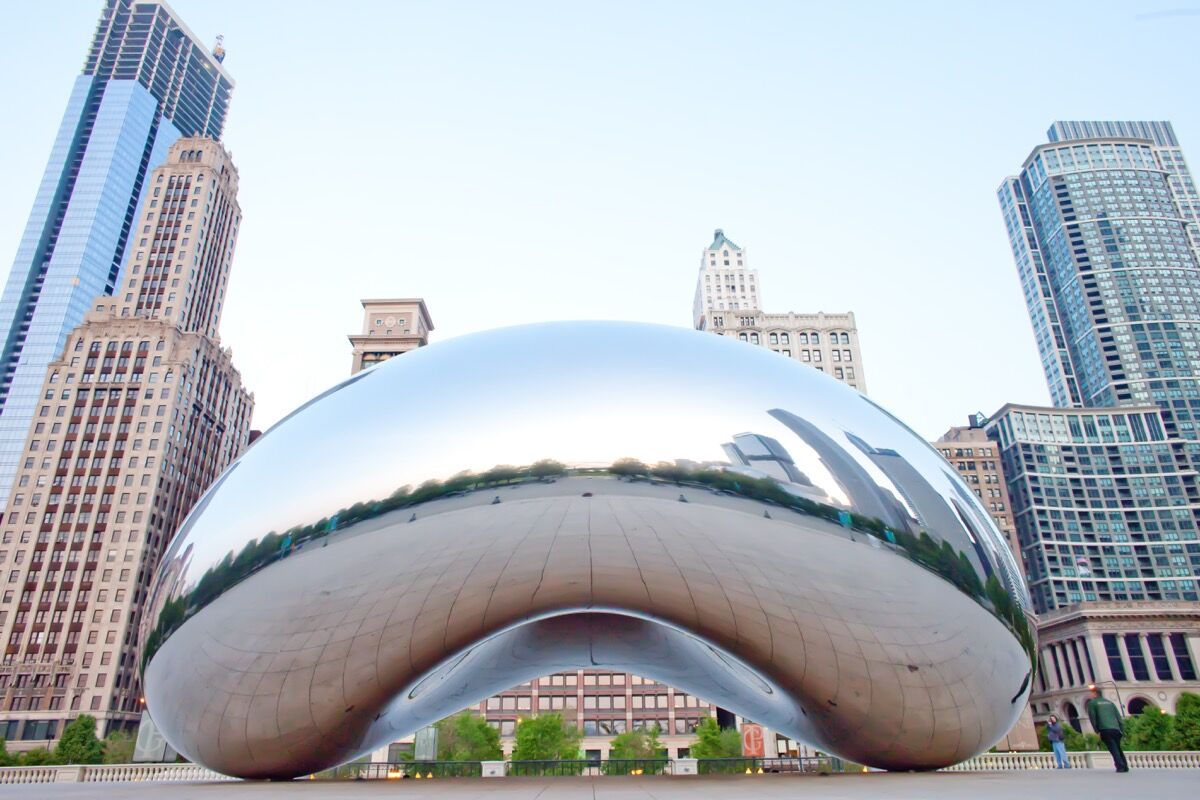 Since 2006,
Anish Kapoor
’s 110-ton reflective sculpture Cloud Gate (you probably know it as “The Bean”) has occasioned millions of photographs from visitors to Chicago’s Millennium Park. It’s also a clever metaphor for the way public art often works. The beauty of Kapoor’s sculpture can’t be confined to its form; rather, what’s truly remarkable about Cloud Gate is the way it interacts with its environment, distorting and magnifying the Chicago skyline and the faces of the tourists who come to see it. It is, fundamentally, a “public” work: unpredictable in its mirroring of urban life, democratic in its accessibility and neutrality.
Cloud Gate’s neutrality was put to the test earlier this year when Kapoor announced that he’d be suing the National Rifle Association for using unauthorized footage of his work in a video entitled “Freedom’s Safest Place,” which the artist characterized as “despicable” in its “call to armed violence.” One can certainly agree with Kapoor’s interpretation, and it is, of course, his right to sue the NRA—under American copyright law, commercial reproductions of the shiny sculpture can’t be used without the permission of either Kapoor or the municipal government.
Still, it’s worth taking a step back to recognize the irony here. Cloud Gate was supposed to be a mirror—is a mirror—held up to society. It was supposed to be photographed and visited and revisited endlessly. It was supposed to be for everyone. Opposing the sculpture’s inclusion in a video—even a vile, hateful one—would seem to undermine that mission.
That’s the strange thing about public sculpture: It’s never really for everyone, even if it seems to be. Sooner or later, the intentions of the artist, the public, and the government clash. You could argue that, when this clash occurs, the sculpture has failed—but in fact, that’s just when things start to get interesting. If these six artworks are any indication, success is overrated; it might be better that public sculptures achieve spectacular, thought-provoking failure.
Jackson Arn
Related Stories

How Richard Serra Changed the Course of Public Art 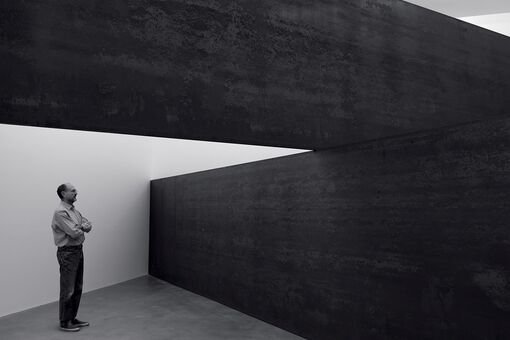 How Richard Serra Changed the Course of Public Art
Artsy Editors
May 2, 2016