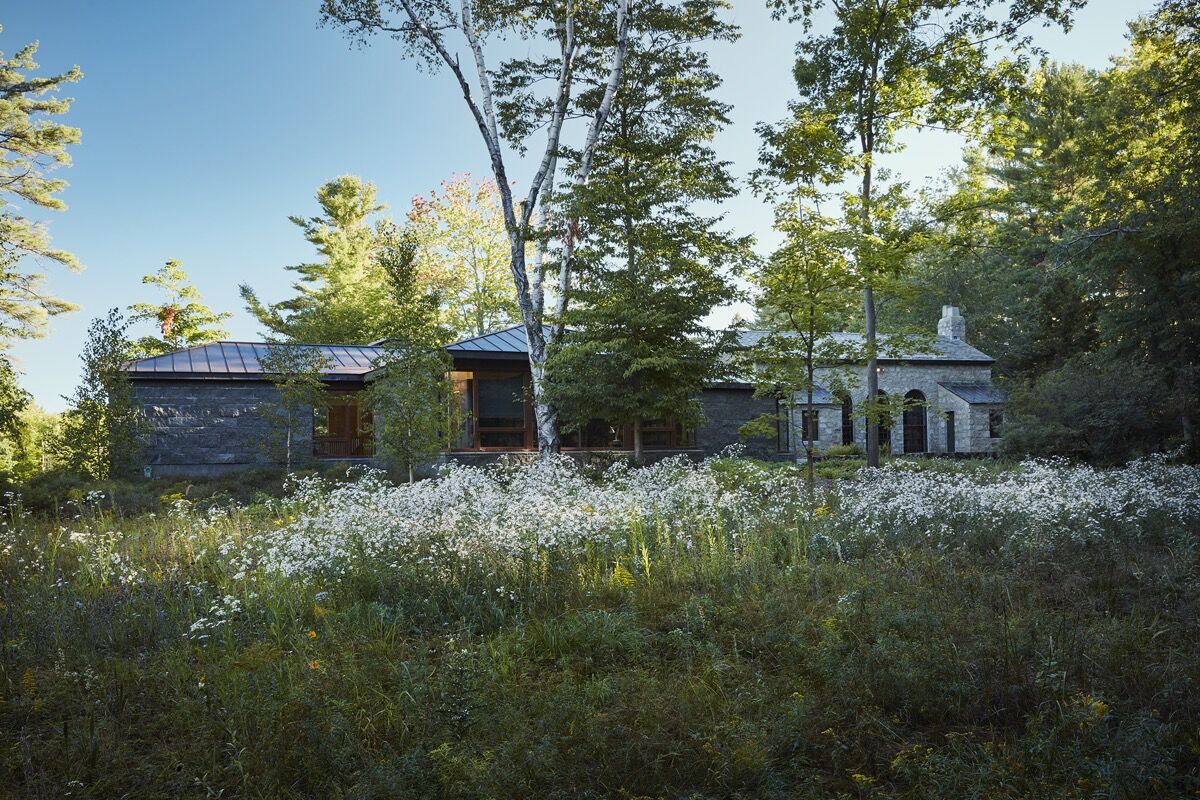 Residencies can offer a temporary paradise for artists of all disciplines. For weeks or months, they provide a home away from home, without the distractions of everyday life. While living onsite, attendees get to meet other passionate, creative practitioners and spend their days devoted to work in their own studios. Residencies can also feature state-of-the-art tools for artists interested in experimenting with new processes.
At best, a residency can be idyllic—when you come prepared. If you’re considering applying to a residency, or you’re about to attend one, there are steps you can take and missteps you can avoid to ensure the best possible experience. Below, we’ve culled advice from residency representatives who want participants to make the most of their time.
If you want more information on how to find, fund, and apply for residencies, visit the website of the Alliance of Artists Communities. 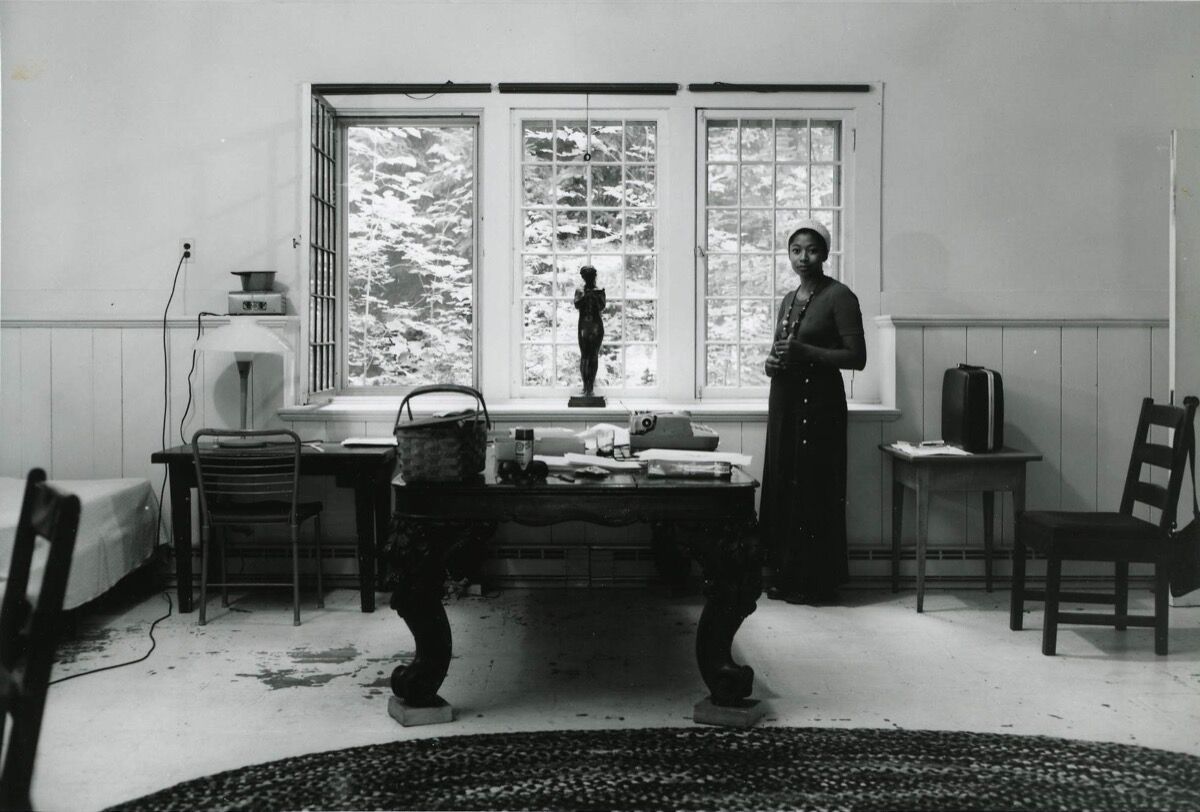 Author Alice Walker came to The MacDowell Colony in 1967 and 1974 to work on her first and second novels, “The Third Life of Grange Copeland” and “Meridian.” Photo by Bernice B. Perry. Courtesy of the MacDowell Colony.

David Macy, resident director at MacDowell Colony in Peterborough, New Hampshire, suggests that the benefits of a residency can extend long past the duration of the residency itself. Thoughtful attendees can learn more about themselves and their ideal working conditions, carrying such lessons back to daily life. Konstantin Lom, administrative director at Akademie Schloss Solitude in Stuttgart, Germany, goes so far as to advise residents that they’ll “fundamentally question their artistic practice” onsite.
Residencies aren’t just for making new art—they’re also about reconsidering what you want to create, how you’ll do it, and why you’re working in this manner. Akademie Schloss Solitude emphasizes collaboration, while other residencies support more individual time. “If you find yourself being extraordinarily productive in residence, take notes about what constitutes your ideal work environment and try to recreate some of that with your practice at home,” Macy says. The reverse is also true: Consider what’s not working, and mindfully avoid forming bad habits once you’ve returned.

Don’t be shy about asking questions

Don’t be afraid to ask even the simplest questions. The residency staff wants attendees to have the best possible experience, and they’re on-hand for answers. Even the most independent artists need help sometimes—whether in the studio or the kitchen. Consider what Julian McKinnon, a program coordinator at the Camargo Foundation in Cassis, France, offered: “To illustrate why artists shouldn’t be isolated or afraid of interacting with other residents and staff, we could make the example of one artist who didn’t know how to use the stove and felt embarrassed to ask, so [they] spent the entire residency eating cold meals!” 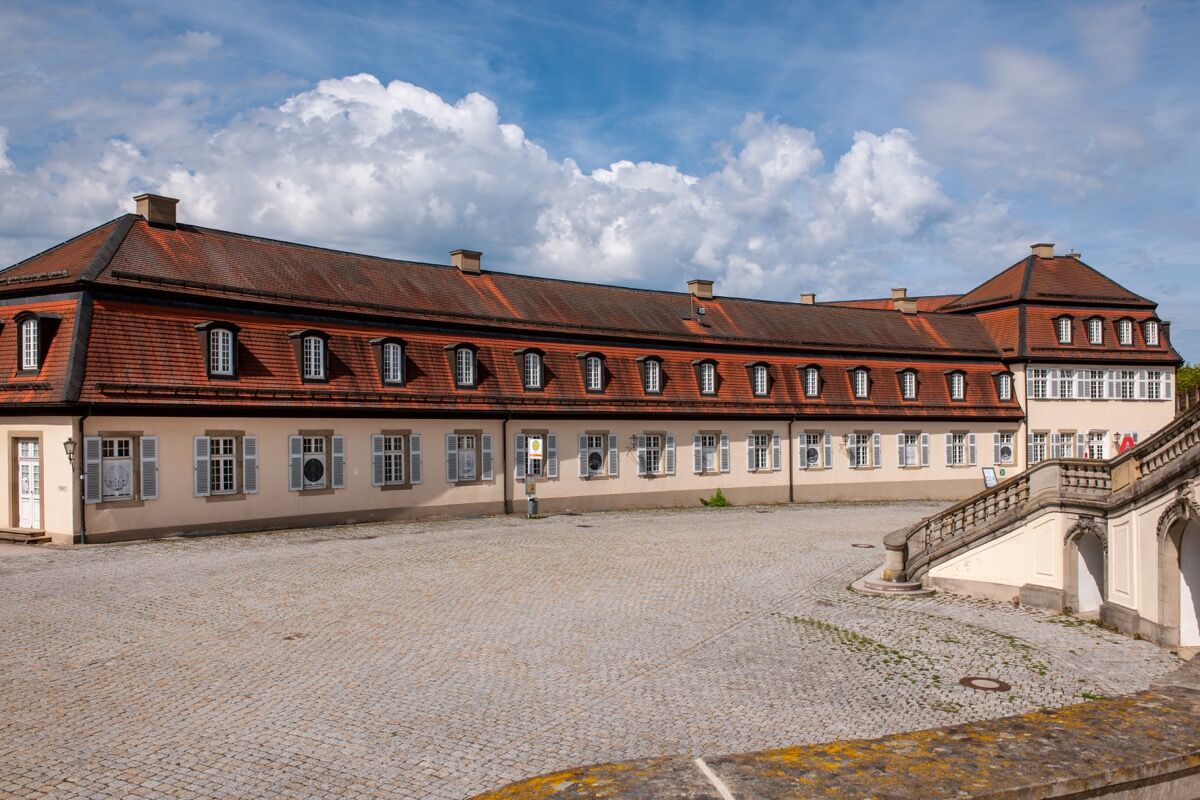 Advertisement
Some residency applications request explicit proposals, outlining what artists will work on while in attendance. Don’t worry if your intended project changes once you’ve arrived. While Macy advises attendees to “arrive with a firm intentionality and purpose,” he also notes that same “energy can change shapes and bear no resemblance to the project description on the application.” That drive, whatever its new direction, “ought to be the center of your creative life for the few weeks or months in the sanctuary of a residency,” Macy says.
Working around others, with very different backgrounds, can inspire creative breakthroughs. McKinnon describes the value of Camargo’s cross-disciplinary nature with an anecdote. One anthropologist, he says, came to the residency to work on “colonial subjects and psychiatric imagination” and was amazed by how artists’ approaches influenced her own work. She decided, McKinnon recalls, “to work on creative installations alongside the academic writing.”
Calliope Nicholas, the managing director at the Millay Colony for the Arts in Austerlitz, New York, echoes these concerns. While it’s fine to arrive with goals and timelines, she says, many residents benefit most “if they’re also open to other possibilities and directions in their work. Having the space for deep thinking and studio time opens up new horizons and possibilities.” 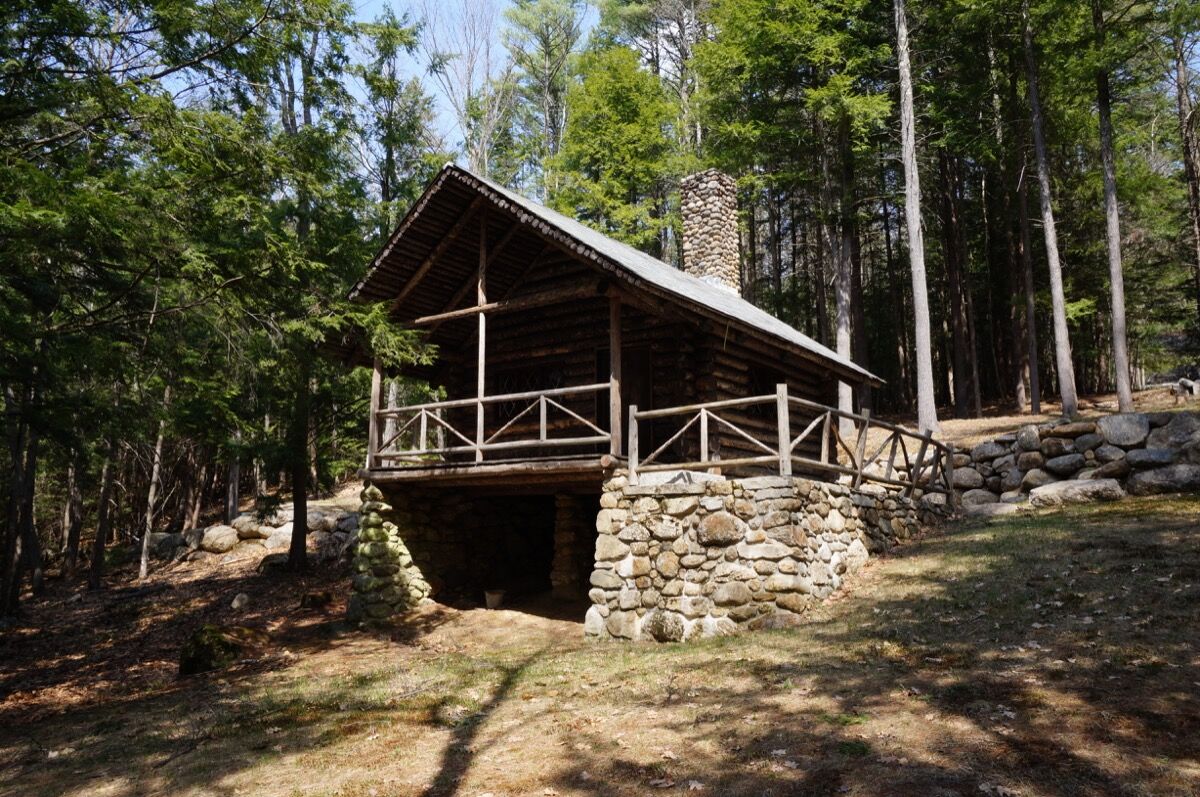 Sure, you’re at a residency to get to work. But don’t rush: McKinnon suggests that stopping to smell the roses might actually lead to renewed creativity. He hopes Camargo residents “organize their time without feeling any pressure, at least from us.” Don’t forget, he says, “to explore the surroundings to let the unique landscape sink in.” Lom similarly advises fellows to allow time to adjust. They should, he says, “take their time to form connections with the space, the new surroundings, and the people there.” By opening up, fellows will be able to extend their own practices, experiment, and “rethink the relationship” between artists, institutions, and society.

Do consider materials and logistics beforehand 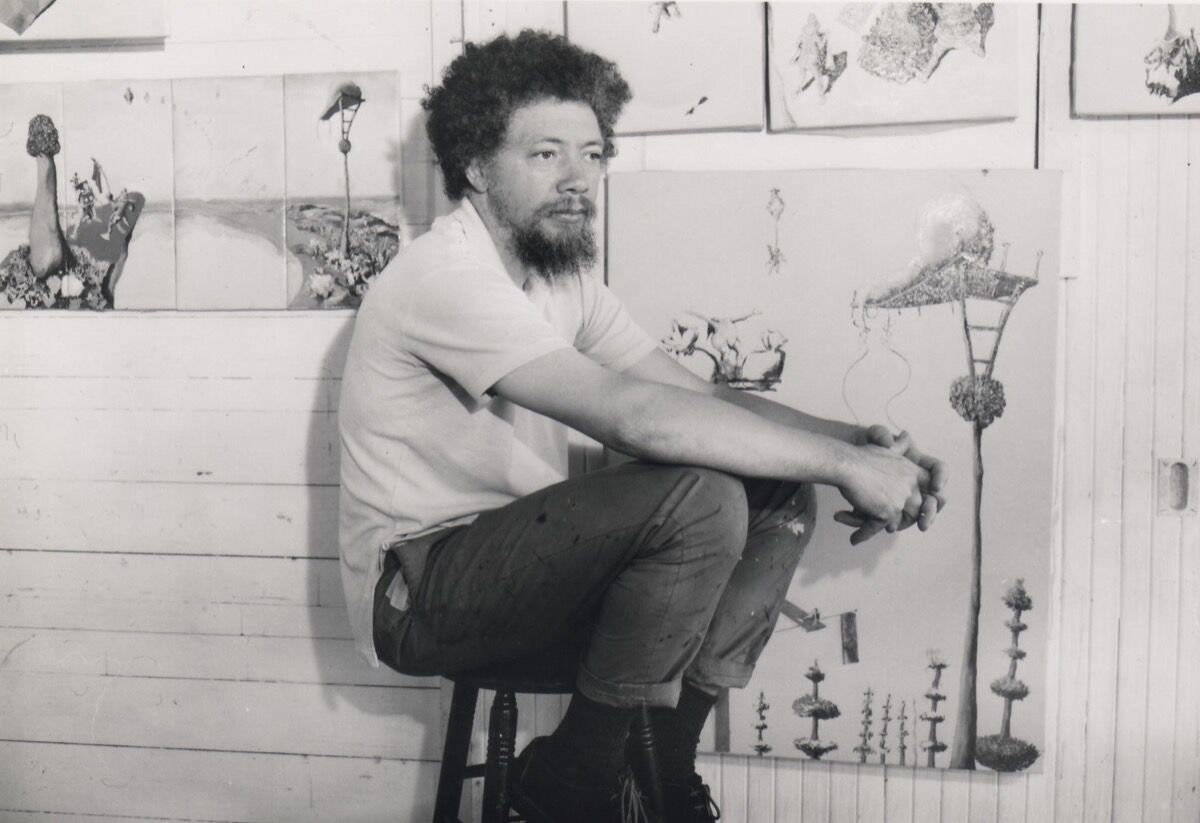 Getting ready for a residency involves both practical and intangible preparations. Artists must consider the tools they’ll need and how they’ll set up their studios onsite. Yet Macy notes that interpersonal planning can be taxing, too. “Tying off loose ends regarding personal and work commitments,” he says, takes plenty of energy. “After all that clearing away, it couldn’t hurt to sleep about 12 hours the first night in residence.”

While Lom notes that fellows can benefit from Akademie Schloss Solitude’s network of “curators, institutions, and funding bodies,” you shouldn’t go to a residency hoping that you’ll line up a gallery show by the end of it. Residencies are about making art and exploring, enjoying a haven away from industry professionalism. “Don’t think of a residency as an opportunity for career advancement and networking,” says Macy. “Think of it as a chance to improve your game.” That doesn’t mean you shouldn’t try to connect with fellow artists: Residencies offer spaces to make friendships at an accelerated pace. With up to 30 artists in residence at a time, Macy believes MacDowell is “large enough for everyone to find kindred spirits.” In the long run, a supportive creative community is priceless.
Alina Cohen
Related Stories

You Only Need 4 Colors to Excel at Painting

When You’re Feeling Down, Drawing May Help
Advertisement
Further reading in Creativity