Artsy Editors
Jun 22, 2016 12:01pm
Pablo Picasso
, who would go on to become the world’s most frequently pilfered artist, once said, “Good artists copy; great artists steal.” Bad ones? They get caught. Here are the stories of eight attempted art heists that were something less than masterpieces. 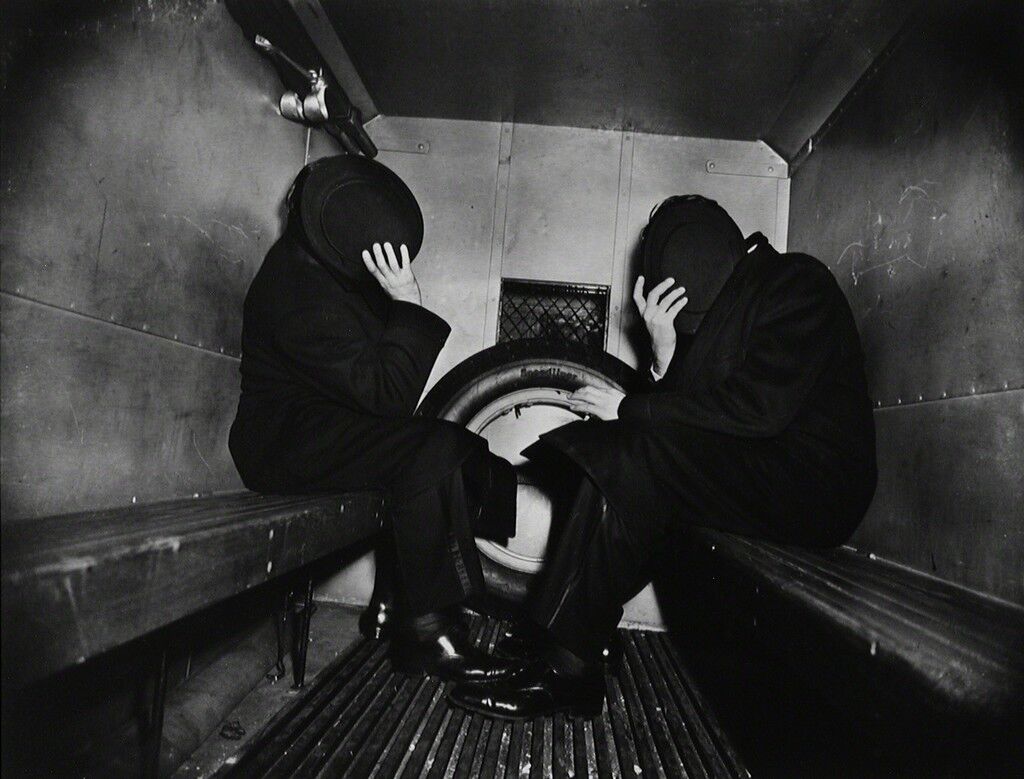 For decades, a sketch by
Salvador Dalí
was displayed at Rikers Island—an apology from the Surrealist painter for cancelling a prison art class he was scheduled to teach in 1965. The work originally hung in the cafeteria near the trash cans, where it collected a handful of ketchup stains. Officials later transferred it to the lobby, thinking that Dalí’s depiction of the crucifixion would be safer there. Little did they know that in 2003, four prison guards would band together and snatch the sketch, orchestrating a fake fire alarm to distract the 24-hour guard. Impressive planning, perhaps; however, the replica they hung in its place was anything but. The New York Times noted that “the fake Dalí seemed to have been drawn by a child, one with no artistic talent.” Even more telling, the drawing was now stapled to the back of the Plexiglas case rather than displayed in its original gold-leaf mahogany frame. Unsurprisingly, other members of Rikers’s staff noticed the Dalí’s rapid transformation, and the thieves were soon outed.

If you want something stolen right, consider stealing it yourself. A U.K.-based organized crime ring learned that lesson the hard way in February, when 14 men linked to the group were convicted in connection with a series of British museum heists. The gang’s biggest mistake was employing another, frequently incompetent, group of thieves to execute its plans remotely. In an early burglary, the hired accomplices were in the midst of fleeing from upstanding members of the British public who had given chase, when one dropped a stolen rhino head that turned out to be heavier than expected.
The comedy of errors didn’t end there. In a subsequent robbery, the thieves bashed a hole in the wall of Durham’s Oriental Museum late one night, spiriting away a figurine and a Ming jade bowl worth up to £16 million. But they promptly forgot where they had stashed the loot, allowing the authorities to recover the objects a week later. Unfortunately, it’s not all laughs. A successful burglary of a Cambridge museum in April 2012 finally netted the group somewhere between £18 and £57 million in stolen jade pieces.

They successfully hijacked a Federal Express truck and outfitted themselves in stolen employee uniforms. They remembered to pack handcuffs and duct tape to restrain the museum guards. But, as Brian M. McDevitt and his partner could tell you, even the best-laid plans can go awry. Stuck in rush hour traffic, the aspiring thieves didn’t make it to the Hyde Collection in Glens Falls, New York, until after closing time.
While that 1981 scheme may have been a bust, it bears a striking resemblance to one of history’s most infamous art heists. In March 1990, Boston’s Isabella Stewart Gardner Museum was robbed by two uniformed men who managed to handcuff the guards on duty, then duct-tape them to pipes in the basement. Their haul, which included a
Vermeer
, two
Rembrandts
, a
Manet
, and five works by
Degas
, has since been estimated at $500 million. Although McDevitt denied involvement in the Stewart Gardner robbery up to his death in 2004, he remained a suspect. The Massachusetts man was questioned by the FBI and even sat before a federal grand jury in conjunction with the case, which remains unsolved to this day.

In general, art thieves are not crack art historians. Sometimes, they’re not even very thoughtful planners. Exhibiting a costly combination of these two deficiencies, a group pilfered several paintings from South Africa’s notoriously insecure Pretoria Art Museum—only to leave the most valuable work behind when they realized it wouldn’t fit into their Toyota Avanza (an automobile apparently better suited for soccer moms than art thieves). In 2012, two men in Sweden were also foiled by the dimensions of their vehicle, this time a good old American Ford. They tried in vain to stuff a Carl Larsson work into the car, but “it was too big,” a bystander noted astutely. Perhaps as revenge, the thieves nearly ran over the painting (valued between $428,000 and $713,000) as they sped away.

It was almost the biggest art heist in Dutch history. In April 1991, two gunmen stole 20 major paintings from the Van Gogh Museum in Amsterdam, reportedly worth hundreds of millions of dollars. The thieves took a leisurely 45 minutes to select the works they wanted; just 35 minutes later, the
Van Goghs
were found abandoned in a parked car in front of a nearby railroad station. Authorities were initially mystified by the turn of events, with newspapers labeling it the nation’s “strangest” art theft. Further investigation revealed that a second car, meant to rendezvous with the robbers and haul away the loot, had gotten a flat tire and failed to show up. With no time to devise a new escape route, the gunmen were assumed to have given up on the paintings and fled. They were never apprehended.

In 1911, Vincenzo Peruggia simply wrapped the Mona Lisa in his smock, tucked it under his arm and strolled out of the Louvre. The same strategy didn’t quite pan out for a man perusing the works on display at a British art gallery in 2014. Surveillance cameras monitored his progress as he stopped in front of a £700 painting, checked to see if anyone was watching, then proceeded to shove the artwork into his hoodie. Bumbling he might have been, but a quitter he was not—when it didn’t fit under his jacket, the man put the work under his arm instead and strode towards the exit. Naturally, gallery staff barred his way; he surrendered the painting before fleeing the scene.

Unsurprisingly, it’s harder to steal the art when it comes with the wall attached. That didn’t stop an enterprising pair in New Orleans, who in 2014 erected a plywood screen around a
Banksy
mural known locally as Umbrella Girl or Rain Girl (2008). Residents glimpsed them hacking away at the building; the men told passersby that the work was “going to London for a big show.” A neighborhood man grew suspicious, however, when the suspects couldn’t produce the name of the museum or the owner of the building. Their cover unraveling, the two men fled, leaving the mural intact. And that wasn’t the first time a Banksy work was in such a situation—in 2006, a gang tried to filch a spray painting called Liverpool Love Rat (2004) on the door of an old building. Dressed like construction workers and carrying tools, the men were struggling to remove the heavy door when a building employee spotted them. They ran away empty-handed.

Most art thieves are motivated by the promise of millions. The thief who robbed the Jewish Museum in 2001, however, had far loftier goals. In the midst of a 200-person cocktail party, a
Marc Chagall
painting worth $1 million disappeared from the museum’s wall. The only clue left behind was a single metal screw—that is, until the museum received a ransom note postmarked from the Bronx. Signed the “International Committee for Art and Peace,” the letter demanded a resolution to conflict between Israel and Palestine before the painting would be returned to its rightful owners. The thief must have grown tired of waiting for the museum to iron out the subtleties of international diplomacy, because eight months later the work turned up in a mailroom in Topeka, Kansas.
—Abigail Cain and Isaac Kaplan
Related Stories