Demie Kim
Oct 31, 2017 7:02pm
The world’s first castles originated in medieval Europe as fortified residences intended to protect the nobility from armed insurrection, or attacks of other kinds. By the early 16th century, however, as weaponry grew more advanced, ushering in a new generation of powerful cannons capable of blasting through walls, castles were less effective in performing this defensive function. Instead, they became status symbols, announcing a noble family’s power and prestige. Sometimes they were repurposed as government centers, courts, or prisons. In times of warfare, they might be used as military encampments.
Today, many such edifices have been turned into museums and historic landmarks, and continue to enchant as relics of a bygone age. Below, we highlight eight awe-inspiring castles around the world—so spectacular that they inspired those found in Walt Disney animations and Bram Stoker’s Dracula. 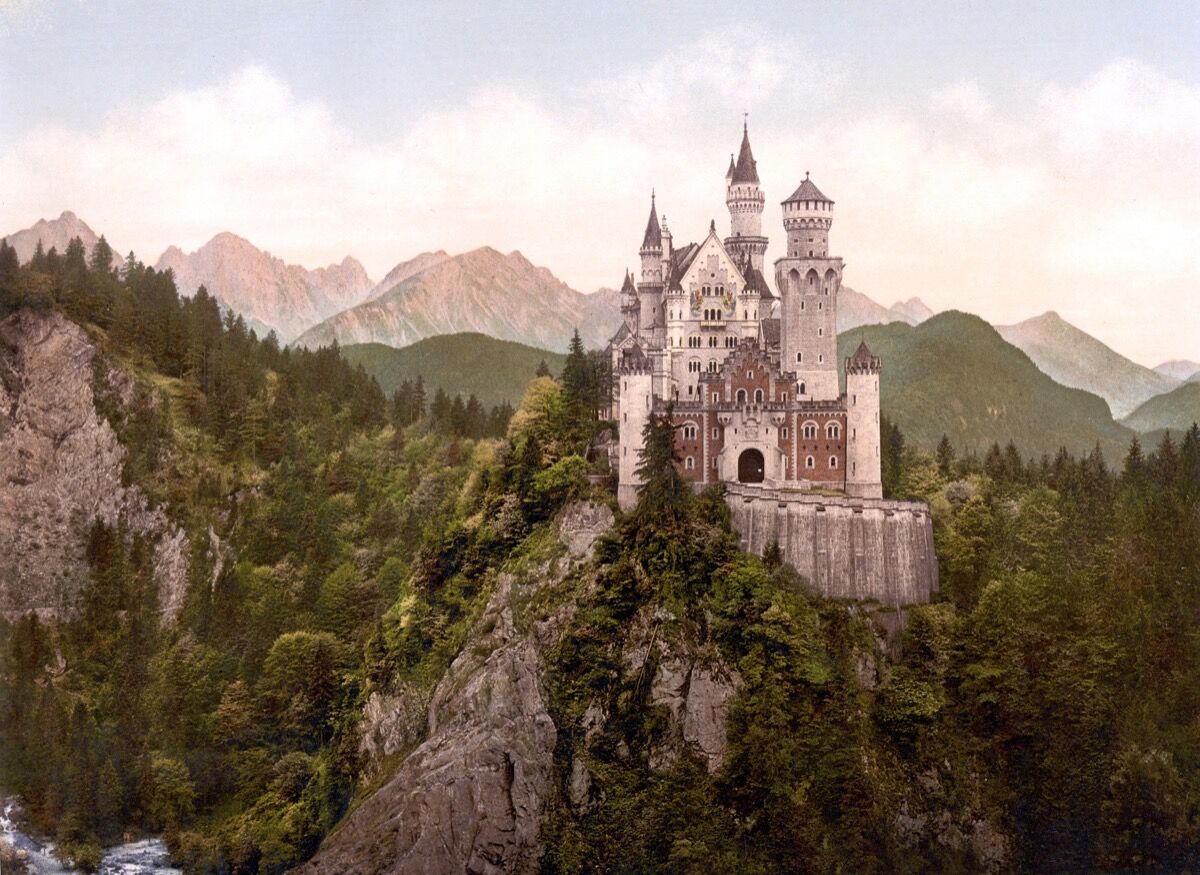 Stripped of his powers in the Austro-Prussian War, in 1866, King Ludwig II of Bavaria sought a place to retreat from his lost kingdom and bask in myth and fantasy. So, in 1868, he conceived the idea for a castle on a jagged hill overlooking the village of Hohenschwangau. He wrote to his friend, the composer Richard Wagner, that he was building a castle “in the authentic style of the old German knights’ castles.” Prototypically romantic with its dramatic spires and ornate interior, the castle has been rumored to be the inspiration for several Disney versions—including the Cinderella castle in the 1950 animated film and Sleeping Beauty’s Castle in Disneyland, which opened in 1955. 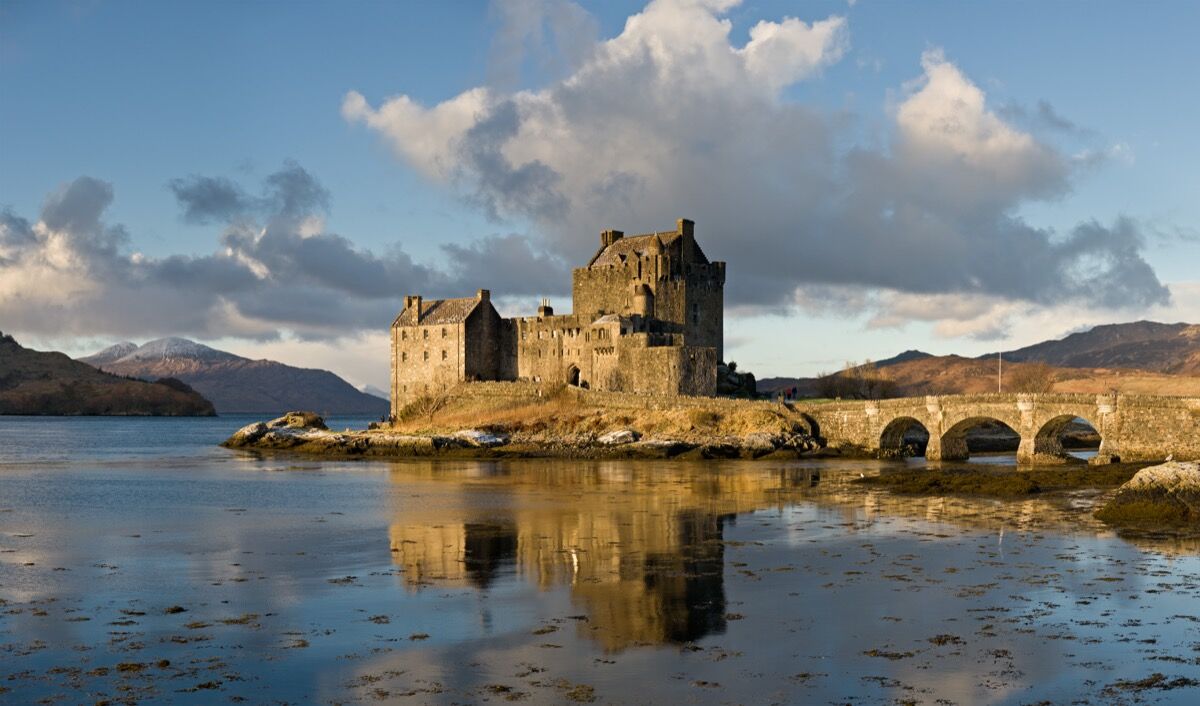 Advertisement
Eilean Donan is located on a tidal island in the Scottish Highlands at the intersection of three sea lochs, and likely takes its name from a 6th-century saint who was martyred on a nearby island. Though the waterfront fortress resembles the archetype of a medieval castle, the buildings that stand today are actually the result of a complete reconstruction in the early 20th century. The original castle was completely demolished during a Jacobite uprising in the early 18th century. 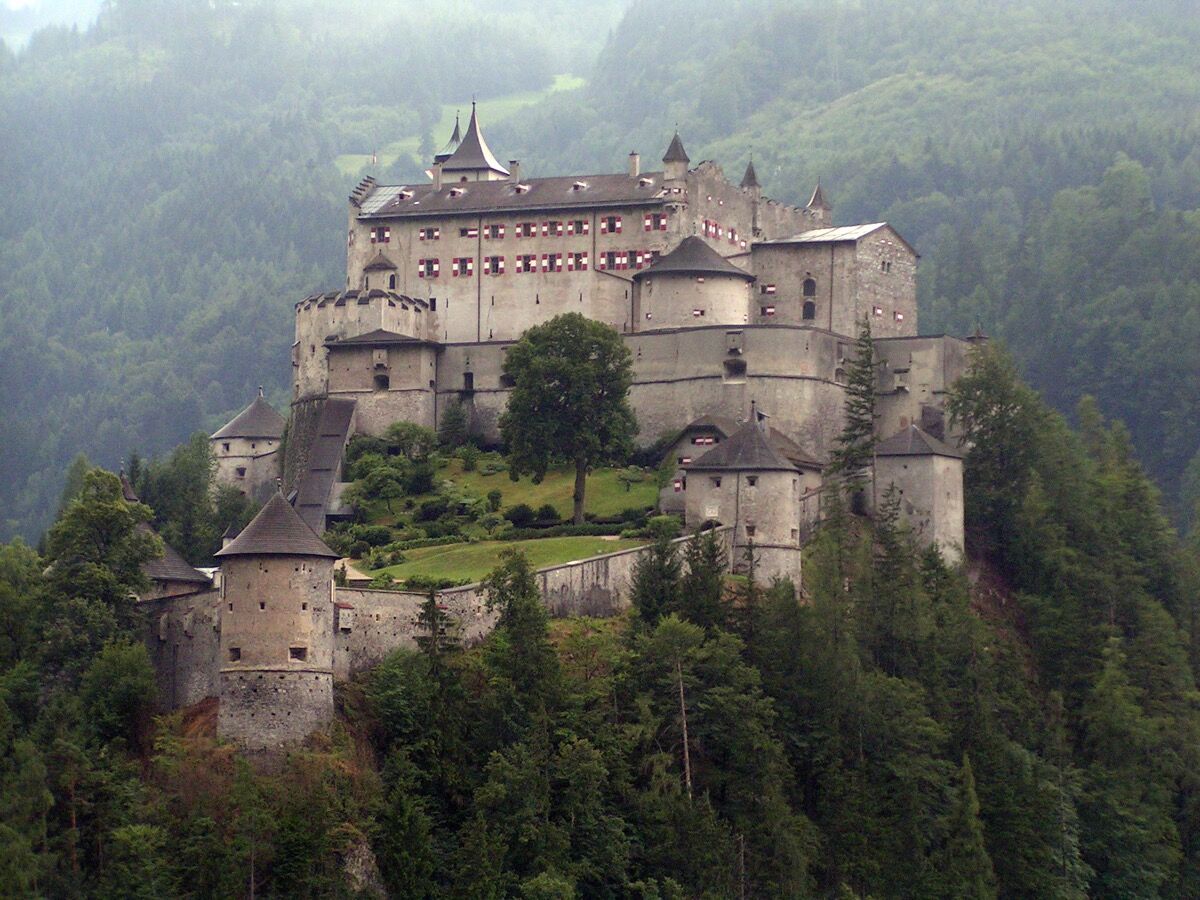 Located above the town of Werfen, approximately 40 kilometers south of Salzburg, this picturesque medieval castle was rife with political turmoil from its very beginnings. In 1077, Archbishop Gebhard of Salzburg ordered that it be constructed for his protection during the investiture controversy, a major conflict between church and state that led to nearly half a century of civil war in Germany. Hohenwerfen was used as a hunting retreat and residence from the 16th to 20th centuries, as a prison in the 17th and 18th centuries, as a military training center under Nazi occupation, and by local police until 1987. 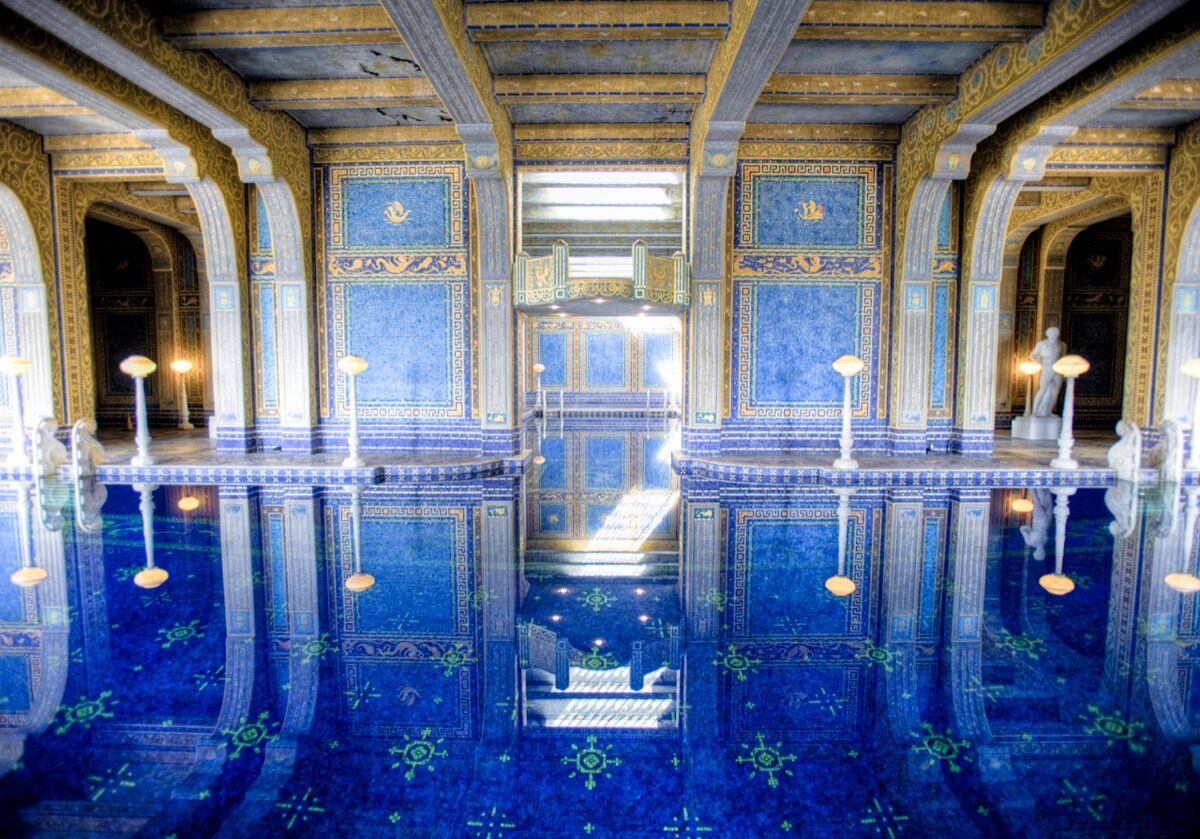 Hearst Castle is not an actual castle, yet its name speaks to the aspirations of its patron, the Gilded Age newspaper baron William Randolph Hearst, who commissioned architect Julia Morgan—the first woman to earn a certificate in architecture from Paris’s École des Beaux-Arts—to build him a home with the grandeur of a European palace.
Famous for its eclectic Mediterranean Revival design, Hearst Castle is also home to a vast collection of European
Old Master
paintings and sculptures, Greco-Roman antiquities, and decorative arts. The surrounding grounds—which include gardens, swimming pools, an airstrip, and what was once the world’s largest private zoo—are perhaps most famous for the Neptune Pool, featuring marble statues, a Roman temple front, and a vista of the surrounding mountains. 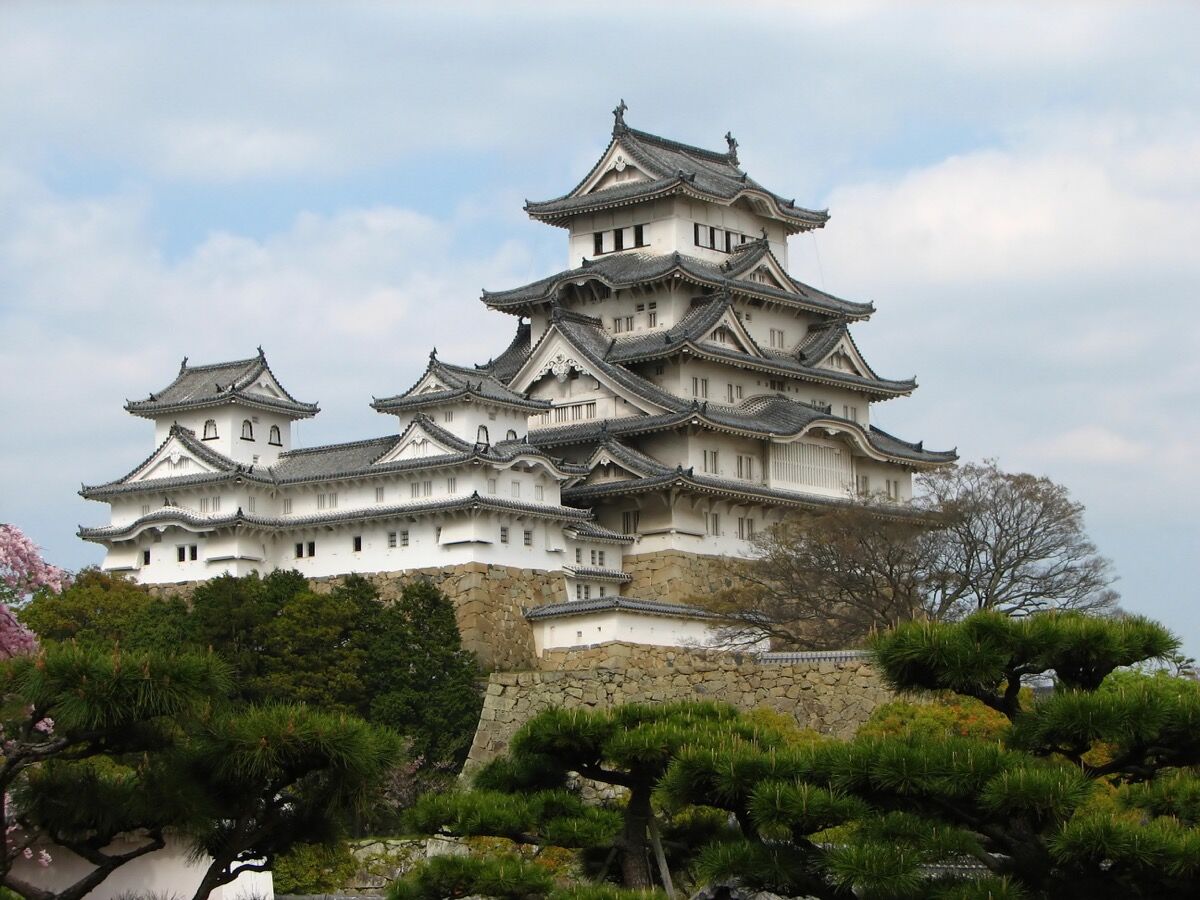 Both a national treasure and a UNESCO world heritage site, Himeji Castle is one of Japan’s 12 original castles and considered the most exquisite surviving example from the early 17th-century Japanese castle architecture of the feudal period. Strategically located along the path to Kyoto, the complex functioned as a fortification against local shoguns, though it was never actually used in battle. Named “White Heron Castle” for its graceful design, which resembles a bird poised for flight, the castle is a masterpiece of wood construction and encapsulates the Japanese concept of harmony between humanity and nature. 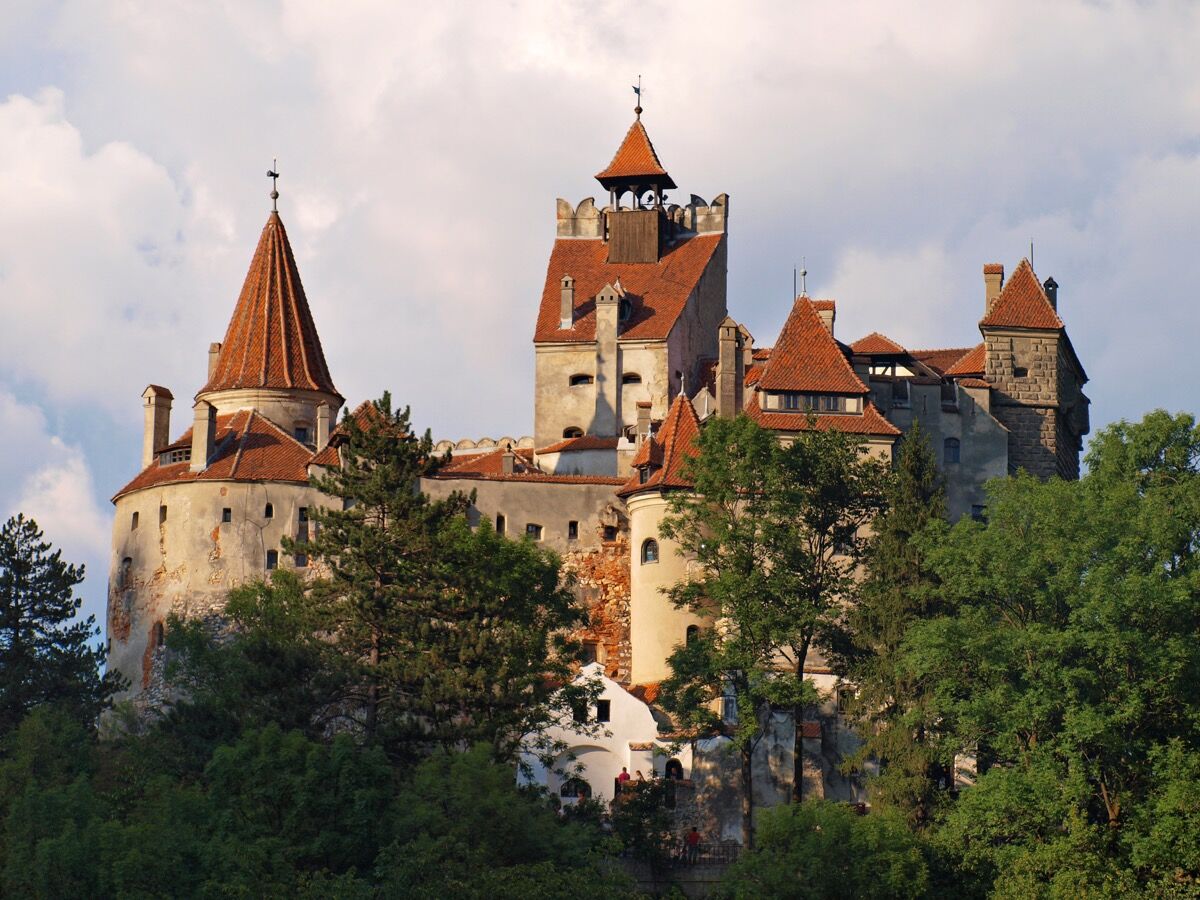 Built between 1377 and 1388, Bran Castle, located in what is now central Romania, once imprisoned Vlad III or “Vlad the Impaler”—the bloodthirsty ruler who inspired Count Dracula’s character—and has become known around the world as Dracula’s Castle. Though Bram Stoker, the author of Dracula (1897), was a Dubliner who never actually visited Romania, Bran Castle is the only structure in Transylvania to fit his description of a castle “on the very edge of a terrific precipice…with occasionally a deep rift where there is a chasm [with] silver threads where the rivers wind in deep gorges through the forests.” Today, the castle functions as a museum dedicated to Queen Marie, the last ruler of Romania. 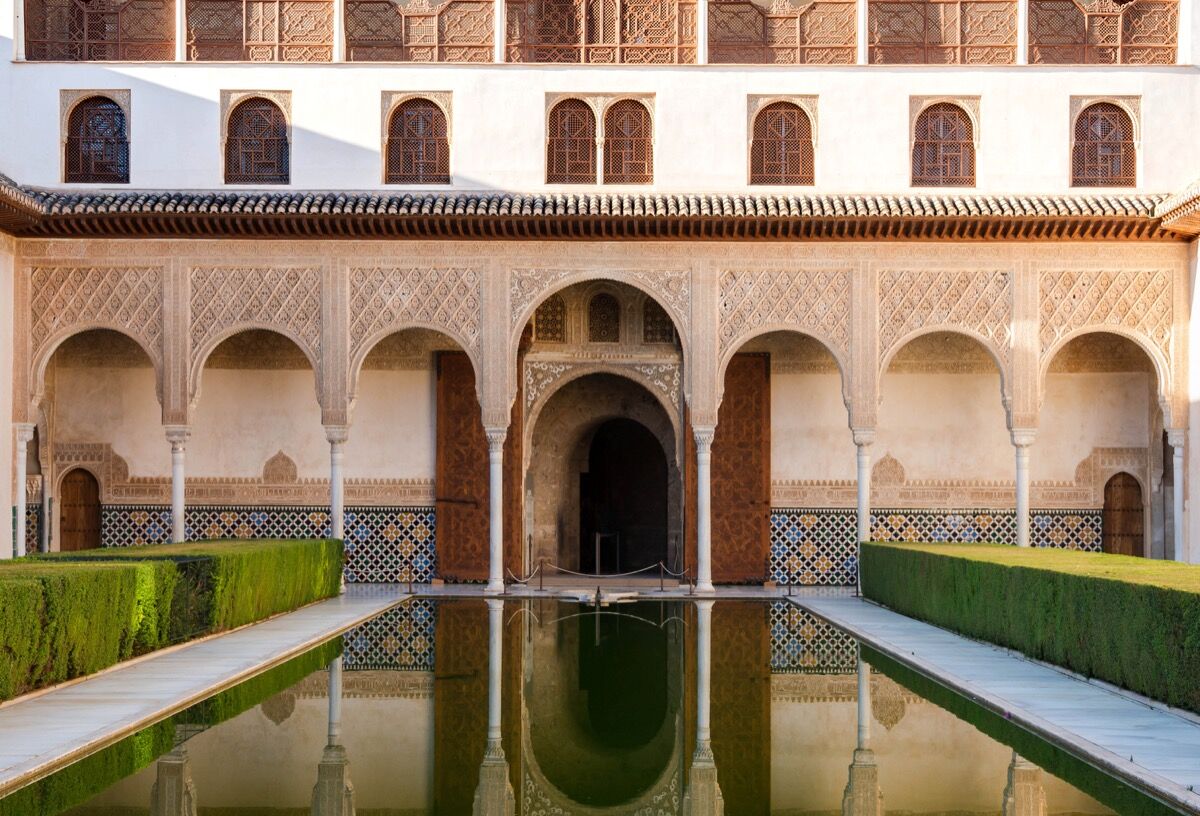 The famed Alhambra—an abbreviation of the Arabic Qal’at al-Hamra, or “red fort”—was constructed between 1238 and 1358 and served as the palace and fortress of the Nasrid Dynasty, the last Moorish monarchs of Granada, Spain. The vast, nearly 26-acre court complex, connected by intricate pathways, gardens, and gates, included three different areas for the noble family, the elite guard, and court officials. Much of the interior was erased after the expulsion of the Moors in 1492, and a wing of palaces was demolished by Charles V in the 1500s to make room for his own
Renaissance
palace. Extensively restored in the 19th century, the Alhambra is renowned today for its elegant Islamic ornamentation and the natural beauty of the site. 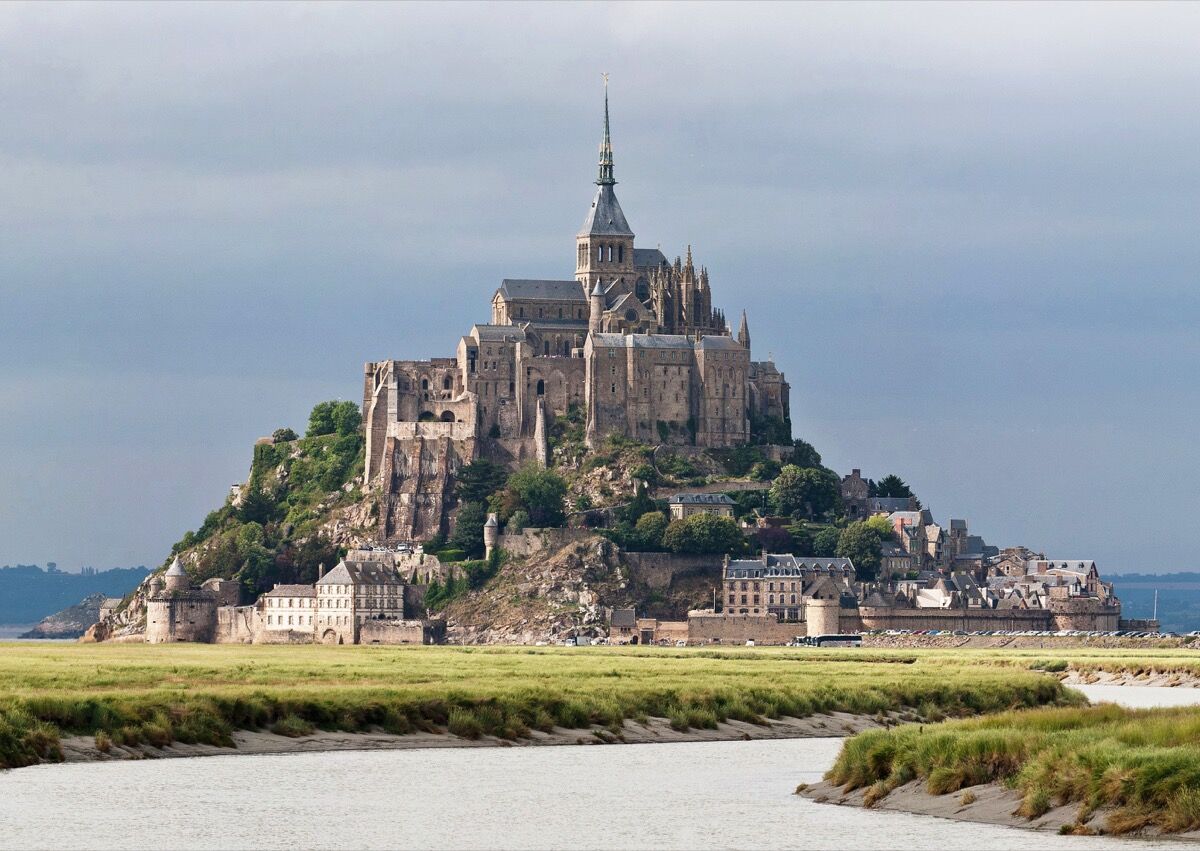 Located in the Gulf of Saint-Malo off the coast of Normandy, the island of Le Mont Saint-Michel—a UNESCO world heritage site—is considered one of the most sublime sights in France, and a wonder of the Western world. The island’s fortified medieval town, while not exactly a castle, consists of winding streets that lead up to a Romanesque abbey, which became a famous pilgrimage site in the Middle Ages.
In the Hundred Years’ War (1337–1453), Mont Saint-Michel’s strategic defenses allowed it to remain unconquered by the English. It became a state prison during the French Revolution in 1789 and under the French Empire, remaining so until 1836, when influential figures—most notably author and poet Victor Hugo—campaigned for its closure. Frequently depicted in art, literature, and film, Mont Saint-Michel notably inspired the design of the caste city Minas Tirith in the The Lord of the Rings.
Demie Kim is an Associate Project Manager at Artsy.

A previous version of this article incorrectly stated that Hohenwerfen Castle was used as a military training center under Nazi occupation from 1945 to 1987. The castle was used by the local police following the end of World War II until 1987.