8 Works to Collect by Canadian Artists at Art Toronto

Abigail Cain
Oct 23, 2016 9:00am
The 17th edition of Art Toronto opens Thursday, welcoming 106 galleries from 14 countries to the Metro Toronto Convention Centre. In addition to its international scope, the fair also boasts strong local representation, featuring an impressive crop of Canada’s homegrown talents. Below, we’ve bring you eight of the most collectable works by an impressive array of artists—from historical heavyweights to rising stars. 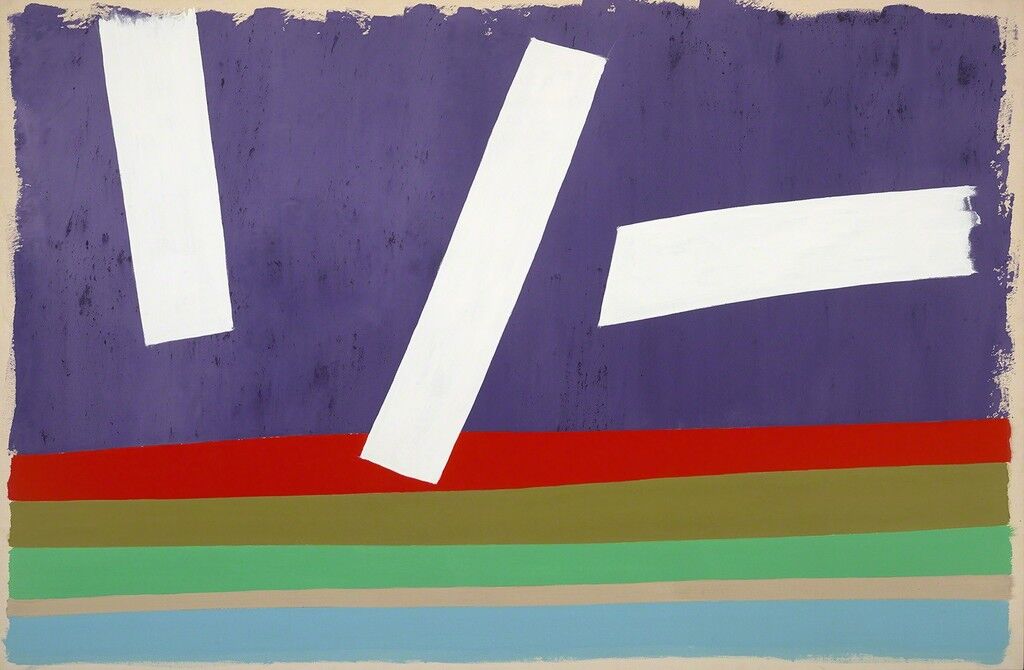 Three on Purple, 1971
Miriam Shiell Fine Art
Bush’s work, which received a long-overdue retrospective at the National Gallery of Canada in 2014-2015, delights with its intense colors and strong forms. Along with the other members of the influential Toronto artist group Painters Eleven, Bush worked to bring abstraction to the forefront of Canada’s art scene beginning in the 1950s. Three on Purple (1971) was painted during the height of his career, just a few years after Bush quit his job as a highly successful commercial illustrator to focus solely on fine art.

On View at Galerie René Blouin 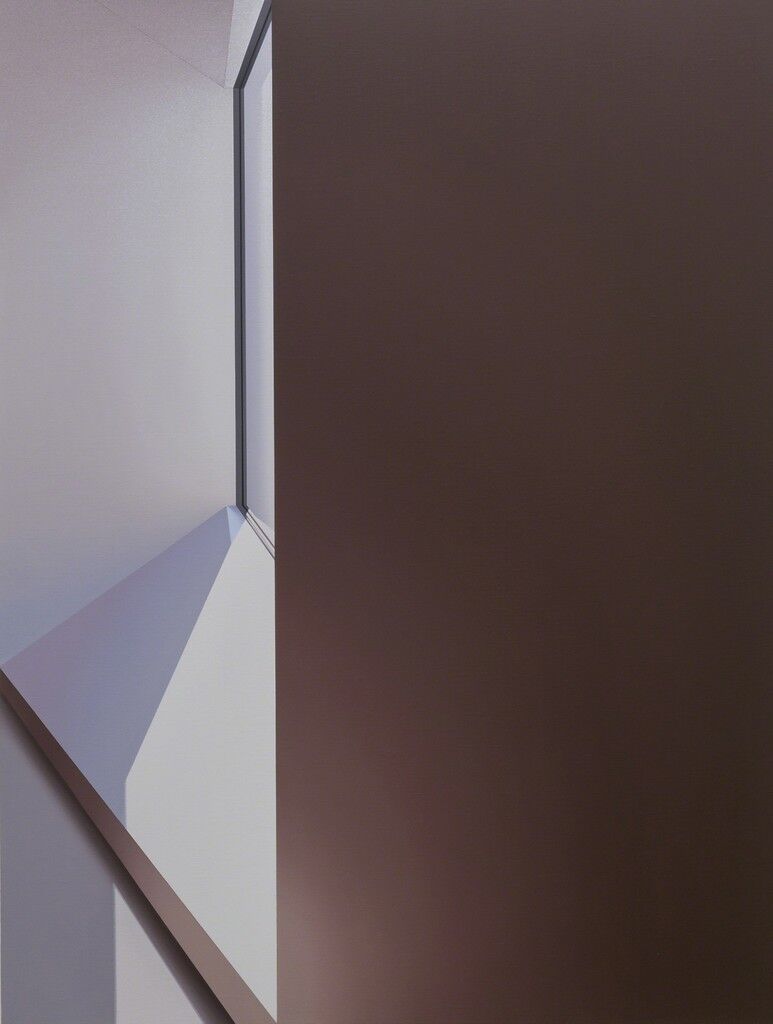 MET B II, 2016
Galerie René Blouin
Advertisement
Although Dorion began his career in the 1990s with large-scale self-portraits, the Canadian artist soon shifted his attention to documenting spare, undecorated architectural spaces that become almost abstracted in their simplicity. These paintings, often made using photographs that the artist has taken himself in museums or galleries as a reference, have been described as a kind of “figurative Minimalism.” The anonymity of Dorion’s scenes—a shadowy staircase, a green plastic bench, a set of closed elevator doors—is exemplified by this recent painting of a nondescript window set in a white wall. 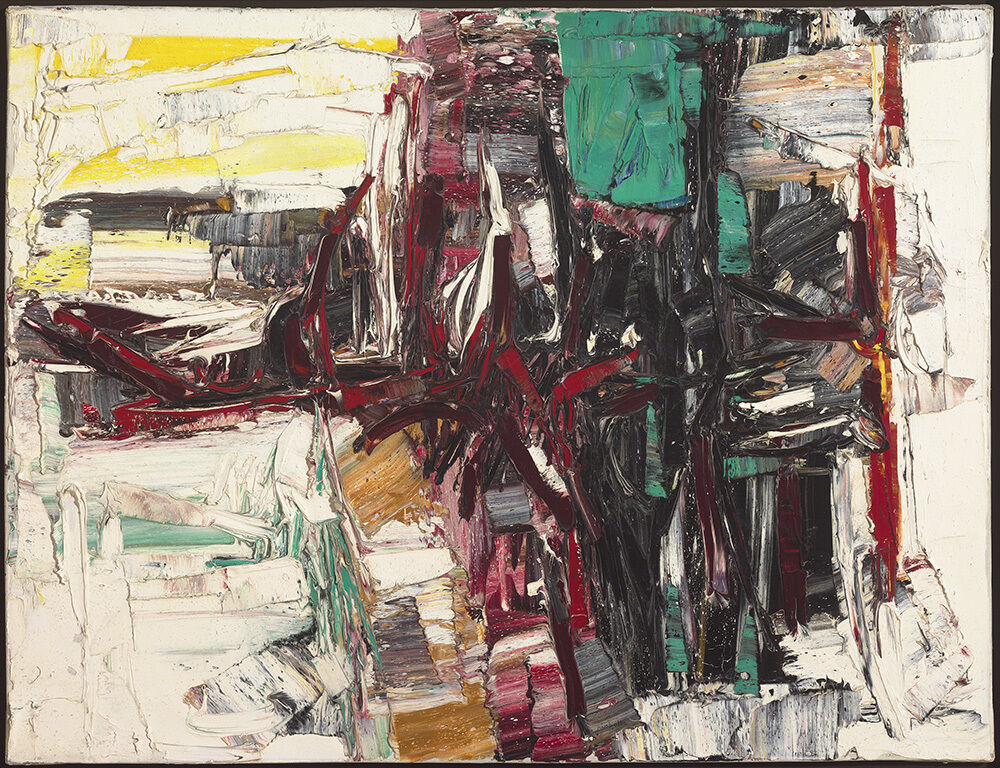 La Loire, 1959
Miriam Shiell Fine Art
The only Canadian member of the influential École de Paris, Riopelle moved from his native Montreal to Paris in 1947. There, he met
André Breton
and became friendly with the
Surrealists
, although his style bore greater resemblance to
Abstract Expressionism
—in fact, his early expressionistic work drew direct comparisons to his contemporary,
Jackson Pollock
. Works like La Loire (1959) demonstrate Riopelle’s signature technique of applying thick strokes of paint directly onto the canvas with a palette knife rather than a brush.

Sojourner Truth Parsons, Why can’t you drive us home (2016)

On View at Tomorrow 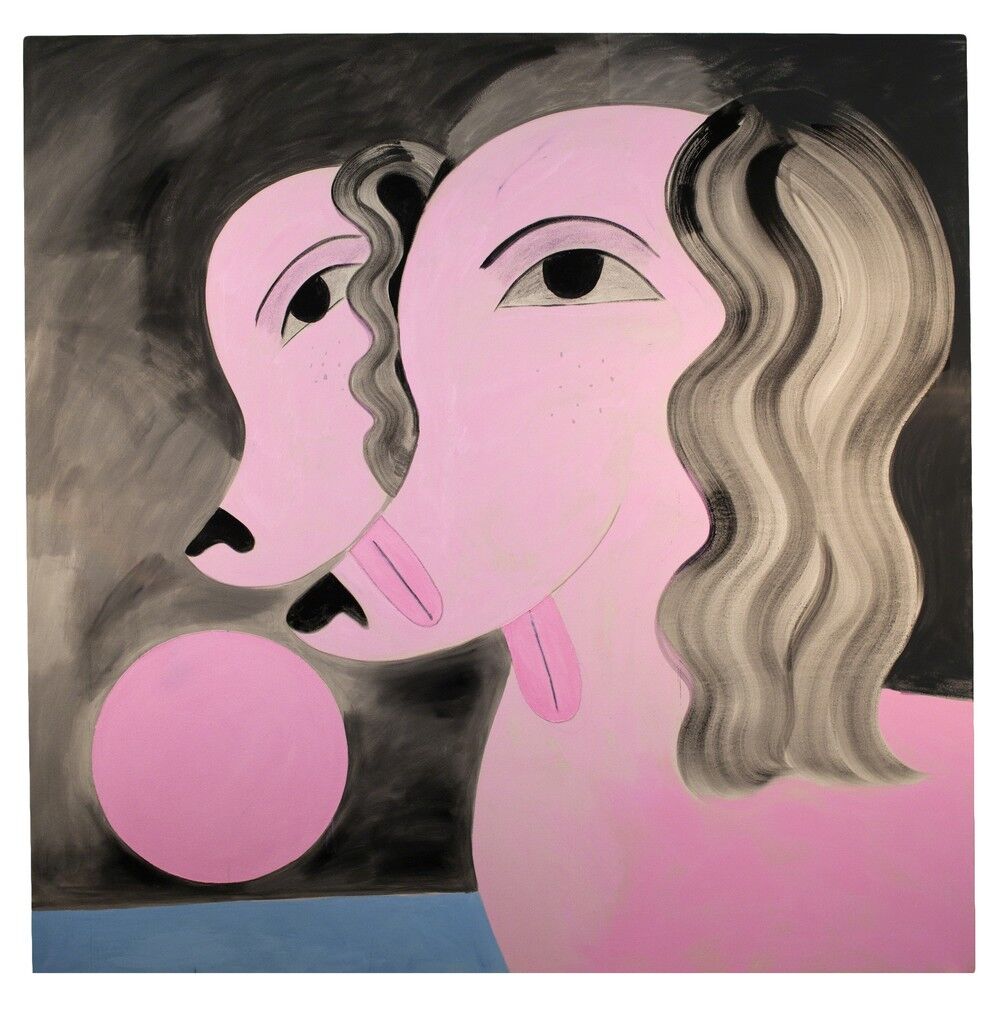 Why can’t you drive us home, 2016
Tomorrow
It’s been a busy year for Parsons, with a spring solo show at New York’s (formerly Toronto’s) gallery Tomorrow and another at L.A.’s Night Gallery that closed earlier this month. Her fluorescent canvases are dotted with images of acrylic fingernails, butterflies, cigarettes, and—in the case of Why can’t you drive us home (2016)—a pair of pink poodles, tongues lolling. Perhaps some of this imagery springs from the Canadian artist’s current home of Los Angeles, where she moved from Toronto in 2015.

On View at galerie antoine ertaskiran 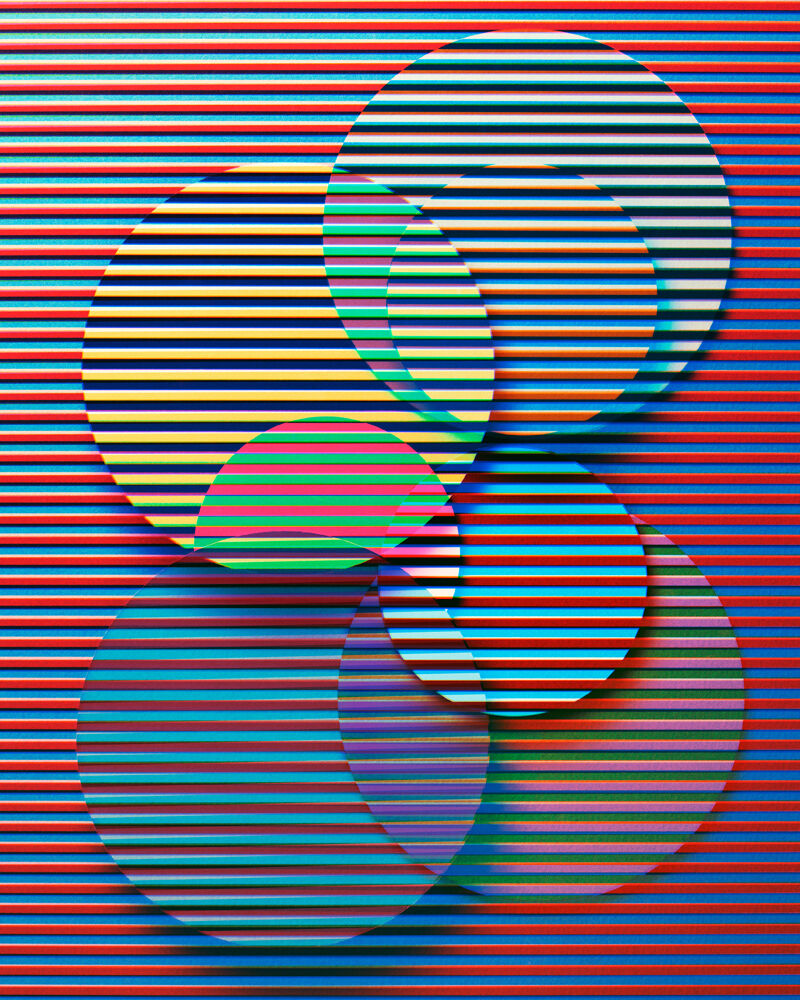 Transition H45, 2016
galerie antoine ertaskiran
Each of Eaton’s brilliantly hued works is a complex photographic illusion—the geometric shapes she captures on film are, in reality, painted in shades of gray. But there’s no Photoshop involved. Instead, the Canadian artist uses a series of colored filters to cover her lens, exposing the same negative to light again and again until the different shades merge to create her signature eye-popping aesthetic. It’s a reminder, as Eaton notes, of “how incredibly limited our ability to perceive the world is.”

On View at Division Gallery 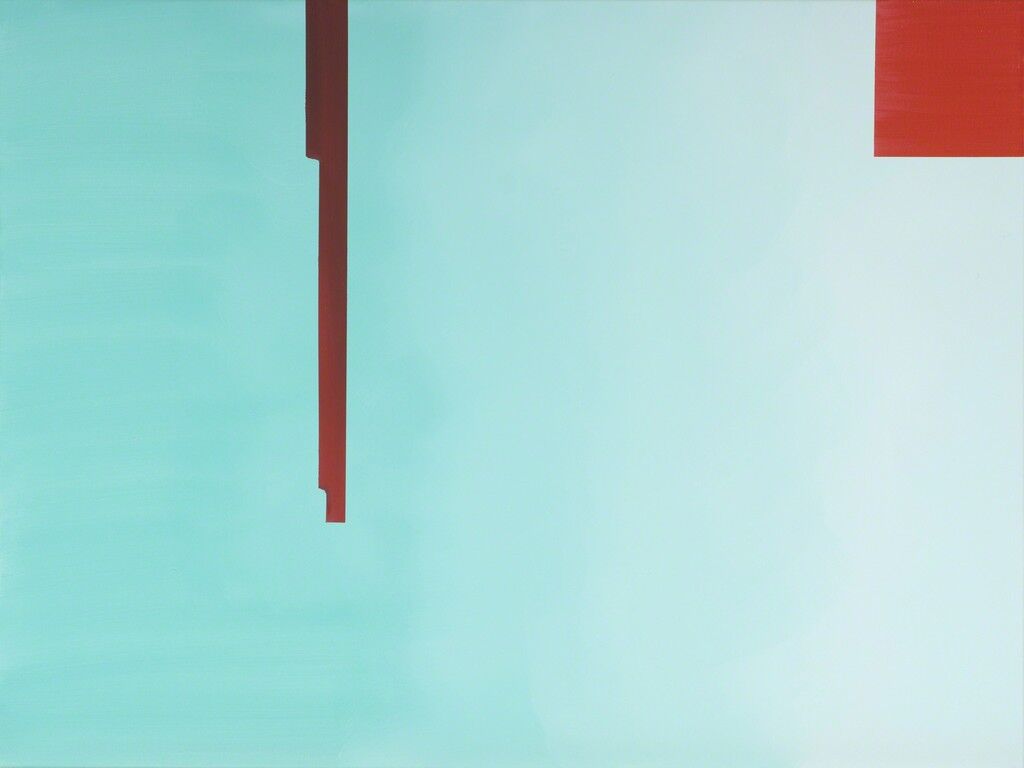 In Absentia (Pale Aqua - Scarlett Red), 2016
Division Gallery
One of Canada’s most respected contemporary artists, Koop has worked for four decades in an award-studded career that spans painting, photography, and video. Although she’s a lifelong resident of Winnipeg, it was the New York City skyline that inspired Koop’s most recent series of drawings and paintings. Titled “In Absentia,” these quiet abstractions were dreamed up during a four-month residency in the Lower East Side in 2015 and later completed in Canada.

On View at Division Gallery 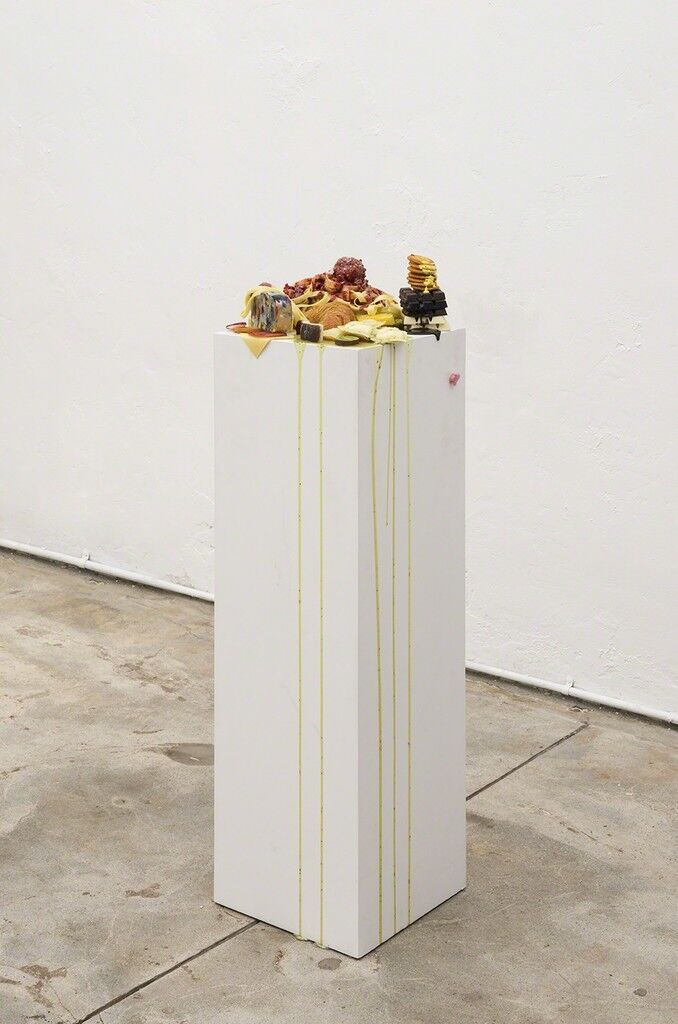 You won't cry but bring tissues, 2016
Division Gallery
Wise’s work often looks good enough to eat—and wear. The Canadian-born, New York-based artist made a name for herself in 2014 when one of her oil-painted plastic “Bread Bags” sculptures (in this case, a Chanel purse crafted out of a bagel) went viral across fashion websites. You won't cry but bring tissues (2016) furthers Wise’s engagement with food by sensuously depicting pasta with meatballs, cheese crackers, and chocolate all heaped together and oozing down the side of a white pedestal—appealing and revolting in turns. On the heels of FIAC, where her work was shown with Almine Rech, Wise will launch her debut monograph this week in Brooklyn.

On View at Caviar20 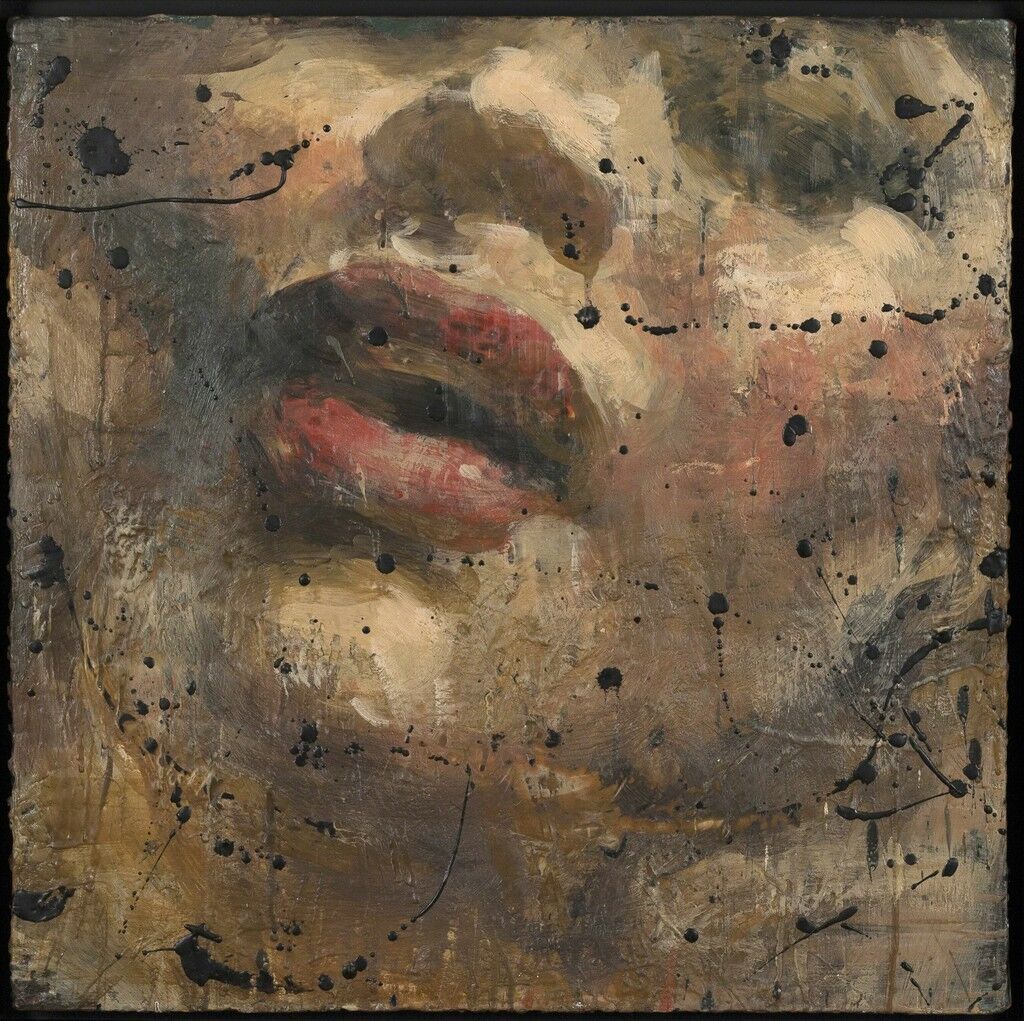 Study for Banquo's Funeral: Witch #1, 1995
Caviar20
Scherman’s use of
encaustic
—a labor-intensive technique that requires melted wax to be mixed with pigment on canvas—is a nod to centuries of art history, from the Byzantines and ancient Greeks to, more recently, American artist
Jasper Johns
. The Toronto-based painter makes works, often portraits, focused on historical subjects that range from Napoleon Bonaparte to Abraham Lincoln to Rosa Parks. Here, in his mid-’90s series “Banquo’s Funeral,” Scherman uses Macbeth’s doomed rival as a lens to examine Shakespeare’s seminal play.
Abigail Cain
Related Stories