Artsy Editors
Oct 6, 2015 11:39am
Jonathan Zawada has designed typography for Adidas, album covers for indie bands, furniture for Matter, tattoos for billionaires. He has also collaborated on several clothing lines. This fall, the Australian artist and graphic designer adds another achievement to his list: his first solo show with Beers London. 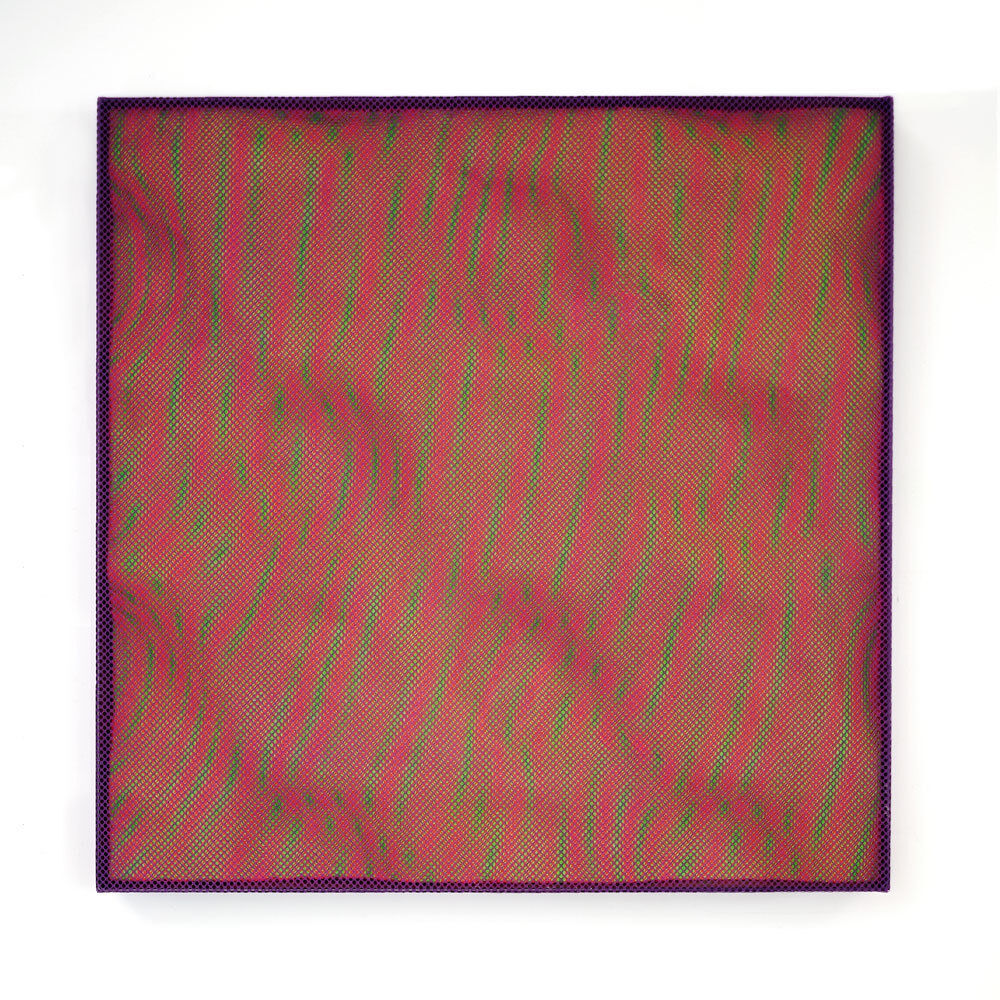 Jonathan Zawada
The Greater the Fidelity, the Shorter the Longevity, 2015
Beers London 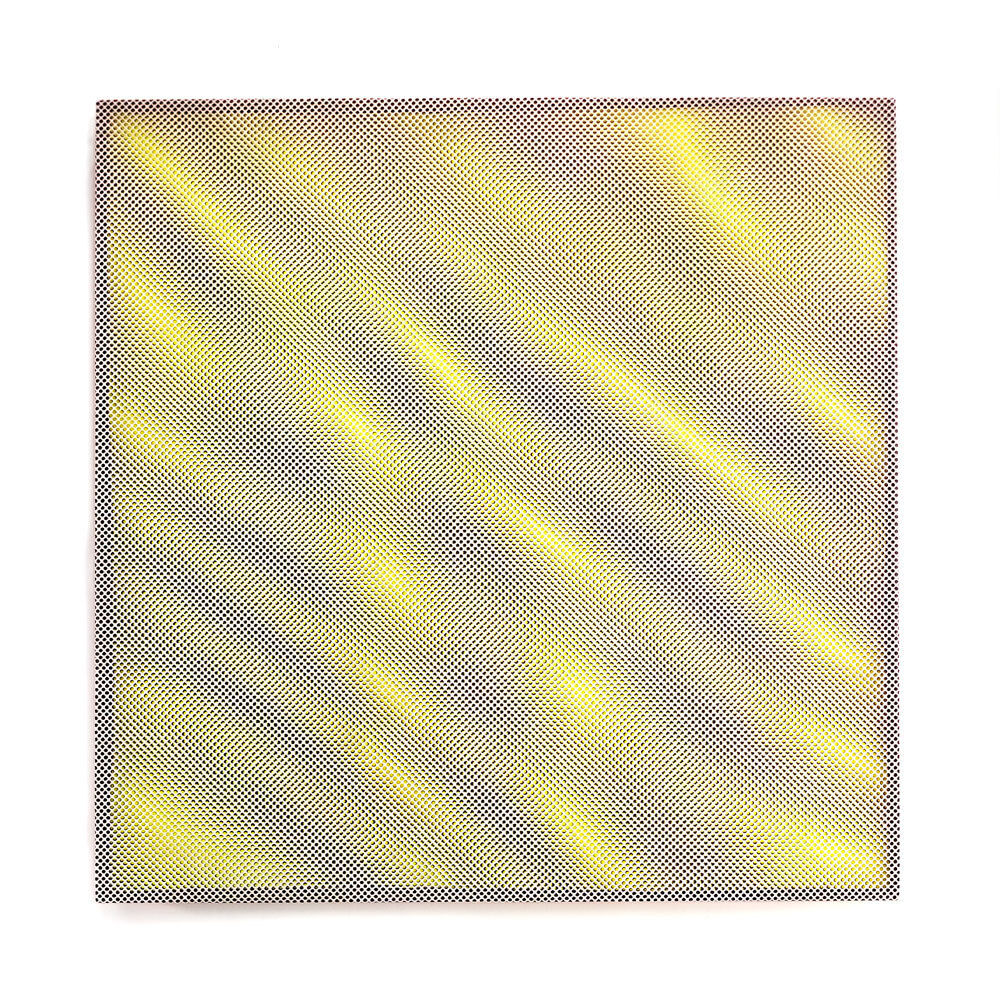 Jonathan Zawada
Disrupt to Differentiate by Becoming a Dream-Execution Machine, 2015
Beers London
Now fully immersed in artmaking, Zawada, as he puts it, “locks himself away for eight or so hours a day” to paint—a schedule he’s been able to maintain since relocating to the Los Angeles from his native Sydney in 2011. With more time and space to work, the prolific artist has been producing a varied and inspired body of work, including the mesmerizing paintings now featured in “A Particular Turbulent Wave.”
Zawada’s new work consists of acrylic on layers of polyester mesh.  The resulting optical effect is dizzying. These colorful works seem to dance within their aluminum frames, to move, to pulsate, and undulate. On closer examination, the viewer can see that each piece is, indeed, static. But Zawada’s works demand interaction and challenge the audience, much like
Op Art
did. 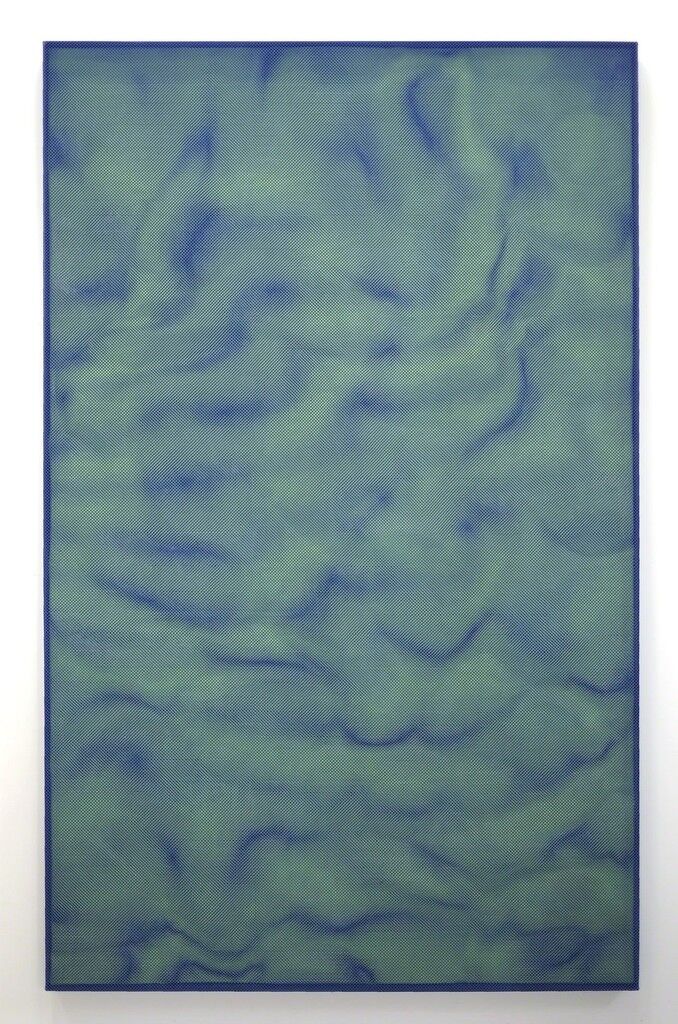 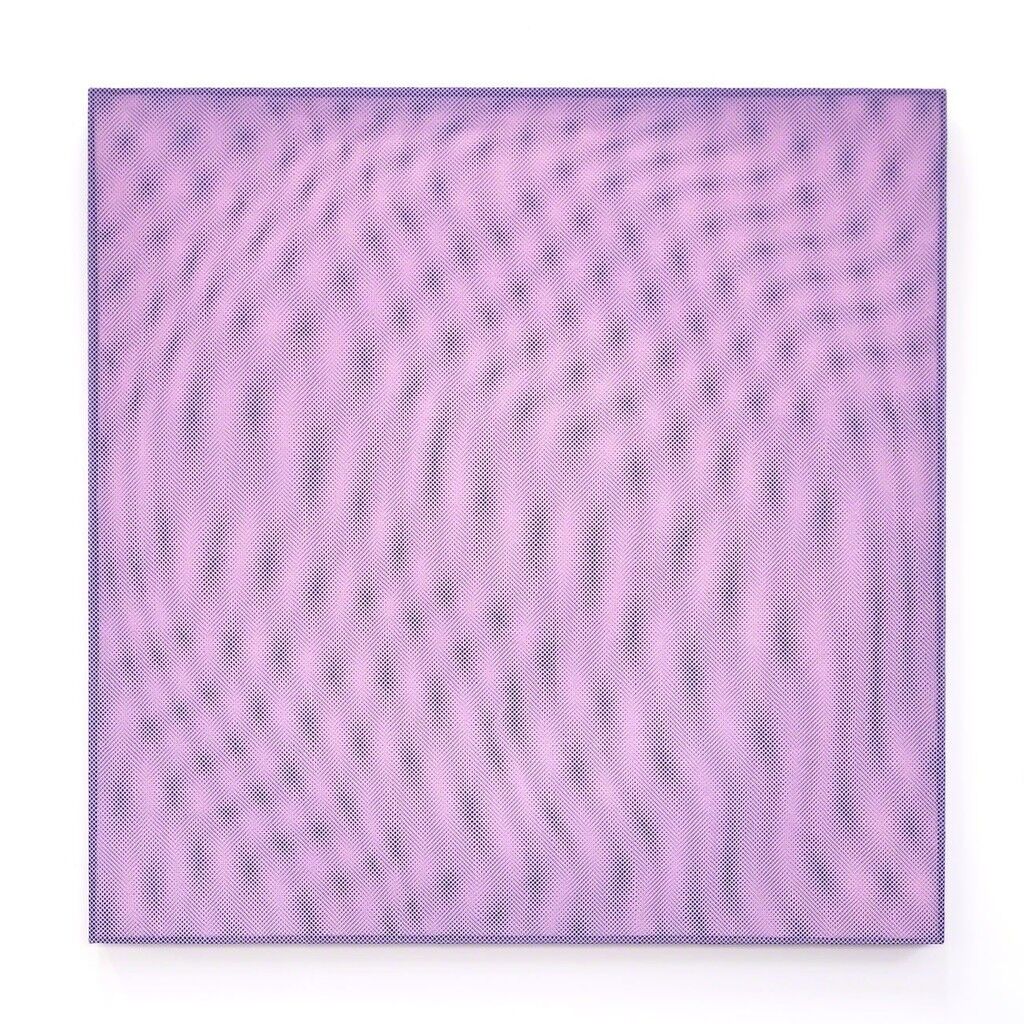 Jonathan Zawada
I'd Rather Be the Hammer and the Nail, 2015
Beers London
Advertisement
The title of the exhibition, “A Particular Turbulent Wave” refers to wave-particle duality, or the fact that light can exhibit properties of both waves and particles. Zawada attempts to make visual this fact. His pieces push viewers to understand seemingly turbulent and chaotic digital experiences and the orderly structures in which they are rooted. A TV screen’s static or an overly pixelated image, for instance, can be confounding and taxing to the human eye. But what  if we considered that same image as just a split second, frozen in time, a still screengrab from a much larger mathematical process? That contingency is exactly what Zawada’s works are meant to express.
Few things are actually chaotic, Zawada suggests, if viewed within their proper context. His works, too, form a collection that is surprisingly cohesive. But for all the talk of order and organization, Zawada throws us a curveball with his quizzical, often comical titles: The Greater the Fidelity, the Shorter the Longevity, and Disrupt to Differentiate by Becoming a Dream-Execution Machine (both 2015), to name two. Is this just something to keep us guessing? It’s definitely enough to leave us wanting more from the talented young artist.
—Bridget Gleeson
“Jonathan Zawada: A Particular Turbulent Wave” is on view at Beers London, Sep. 25 – Oct. 31, 2015.
Follow Beers London on Artsy.
Related Stories