Artsy Editors
Jan 31, 2016 10:00am
At Artsy, 2015 was a year of incredible growth. Our Editorial team expanded to 10 full-time editors. We launched our proprietary publishing tool, Artsy Writer, the first of its kind for a digital arts publication; we introduced our Digital Daily email digest for focused coverage of major art world events; and we made our foray into sponsored content, a partnership with UBS that resulted in a series of films that lifted the veil on one of the world’s most important cultural events, the Venice Biennale—and traffic grew by more than 200 percent. We closed the year with our highest editorial traffic day to date, coinciding with the release of our “2015: The Year in Art” feature—an incredible effort across the Artsy team, from engineers and UX designers to editors and writers, which introduced our new rich, multimedia layout.

While 2015 was about growth, 2016 is about intention—a new year, an even clearer approach. Speaking to Alexander Forbes’s on-point article on bypassing the snark and cynicism in art writing, our team is striving to make conversation with substance cool again, with stories that provoke dialogue and expand the audience for art. Digital editorial platforms struggle with the tension between growing an audience and creating meaningful content. Our goal is to grow our audience through meaningful content, taking health metrics such as engaged minutes and scroll depth as a measure of success weighted equally to unique visitors and pageviews. In the ecosystem of digital content, quality is coming out on top again (thanks, in part, to Facebook, a critical traffic driver, which updated their news feed ranking algorithm to surface higher-quality content on users’ feeds). And digital publishers are looking for more experiential ways to deliver stories.
One popular example is the “snow fall” layout, named for the New York Times’s 2012 story “Snow Fall: The Avalanche at Tunnel Peak.” This goes way beyond the written word, and the Times was certainly not the first publication to play with the multimedia format.
However, it was among the first to do so in such a seamless experience, one which garnered over 3.5 million pageviews. Equally captivating examples followed: National Geographic’s “Killing Kennedy,” Rolling Stone’s “The Geeks on the Frontline,” Pitchfork’s feature story on electronic music duo Daft Punk, entitled “Machines for Life,” and many more. In 2015, the Times was equally pioneering in launching their virtual reality (VR) box, in partnership with Google, a leap into the next generation of content consumption.
While Artsy’s multimedia layout will be reserved for special features—and the editorial product as a whole will continue to be updated to deliver content to our readers in an inspiring way (stay tuned)—our intention also lies in the subjects we’re tackling and the audiences we’re attempting to reach. In January alone, we saw the success of stories that furthered conversation around art, amongst an audience that goes beyond art-world insiders: Tess Thackara and Meredith Mendelsohn’s story on advocates of African-American art shined light on an under-explored topic of diversity (or lack thereof) in the art world, and Molly Gottschalk’s story on Instagram as a platform for the next generation of photojournalists showed how a platform once thought of as only a soapbox for selfies is now becoming a vehicle for change.
The opportunity to advance the discussion around art, and the audiences who engage with it, is wide open.
— Marina Cashdan
Related Stories 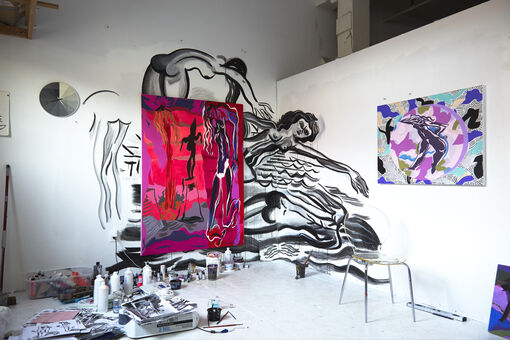