A Look Back at Picasso in the Studio

The cover of Cahiers d’Art’s recently released revue Picasso: in the Studio features a dreamy scene:
Pablo Picasso
’s lofty, light-filled studio-apartment, adorned with exquisite moldings and filled to the brim with his artworks. The issue includes seven chapters dedicated to the artist’s techniques and interviews with contemporary artists—like
Sheila Hicks
,
Jeff Koons
, and
William Kentridge
—on Picasso’s influence. But perhaps the most illuminating aspect of the revue, which accompanies an exhibition at the Cahiers d’Art gallery space in Paris, are its series of rare, never-before-published photographs.
Edward Quinn
began photographing Picasso in 1951; a black-and-white image he took two years later captures Picasso in a quiet moment at his studio in France’s Côte d’Azur. The artist faces away from the camera, arms crossed, one hand clutching a stick of charcoal. The photo’s composition is crowded with metal plates,
Cubist-style
paintings, shelves littered with tools, and a smattering of ceramic pieces. An unpainted canvas with faint lines sketched onto it matches Picasso’s starched white shirt, providing a nice visual break from the chaotic scene surrounding him. He appears caught in a pensive moment of pause, and we’re led to wonder if it’s authentic concern on his face, or a well-played act for the camera. 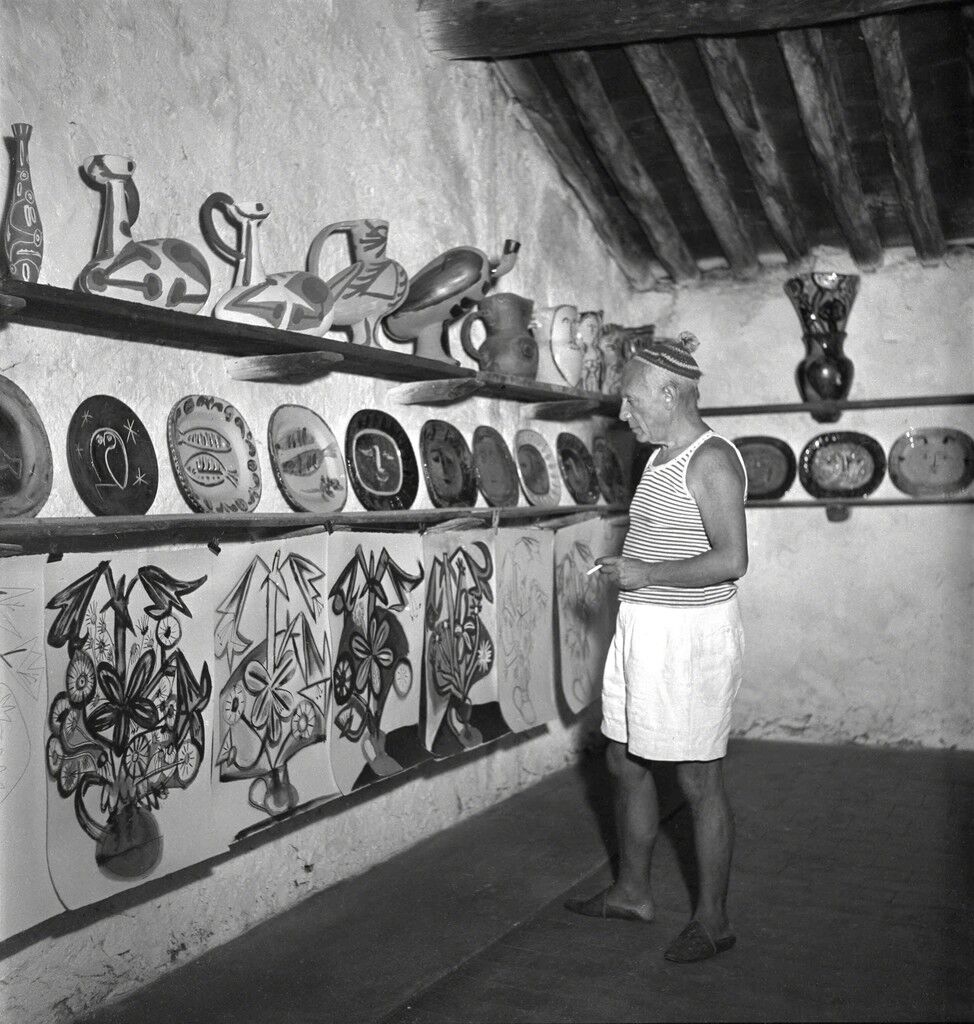 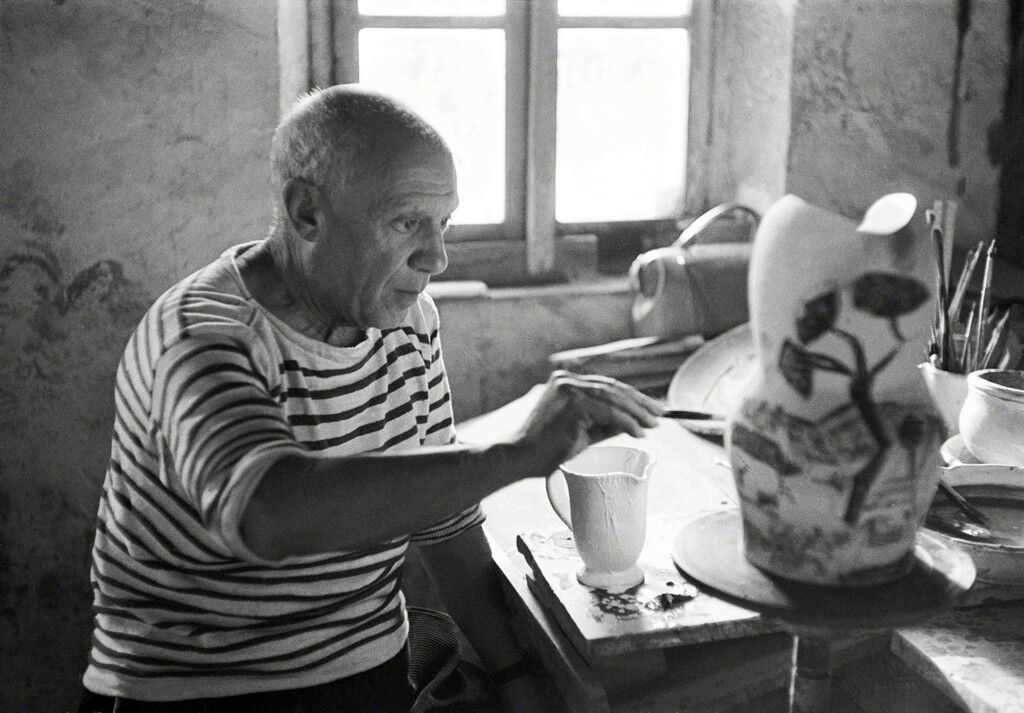 Picasso painting a gothic pitcher, Madoura, Vallauris, 1953
Cahiers d'Art
That same year,
Yves Manciet
photographed Picasso at work in the Madoura ceramics workshop in Vallauris. In one photograph, Picasso wears a knit skullcap and stares at a wall lined with his work: animal-like ceramic pitchers, abstract drawings of bursting bouquets, and his much-celebrated plates, many of which are adorned with simple faces or lines drawings of fish or an owl. Another shot feels more intimate, picturing Picasso in the act of painting a gothic pitcher, sun streaming in from a window behind him. As is the case with the other photographs selected for this issue, viewers are given a behind-the-scenes look into Picasso’s studio and process. The man himself, however, appears aloof and unreachable. His pose suggests he is aware of the camera, but he doesn’t ever seem to acknowledge it. He’s often captured in profile or three-quarters view, his eyes gazing beyond the frame—decisively directing the viewer’s gaze. Advertisement
Photographs within the review also serve to share technical details around Picasso’s process to his extensive biography. As a whole, it strives to add texture and intimacy to the well-known picture of Picasso’s life, revealing his exploration of materials alongside testaments to his continued influence. Picasso: in the Studio is grounded in the idea, once expressed by Picasso, that “it’s not enough to know an artist’s works. One must also know when he made them, why, how, under what circumstances.”