On a Far-Flung Island in Japan, Teshima Museum Offers a Religious Experience 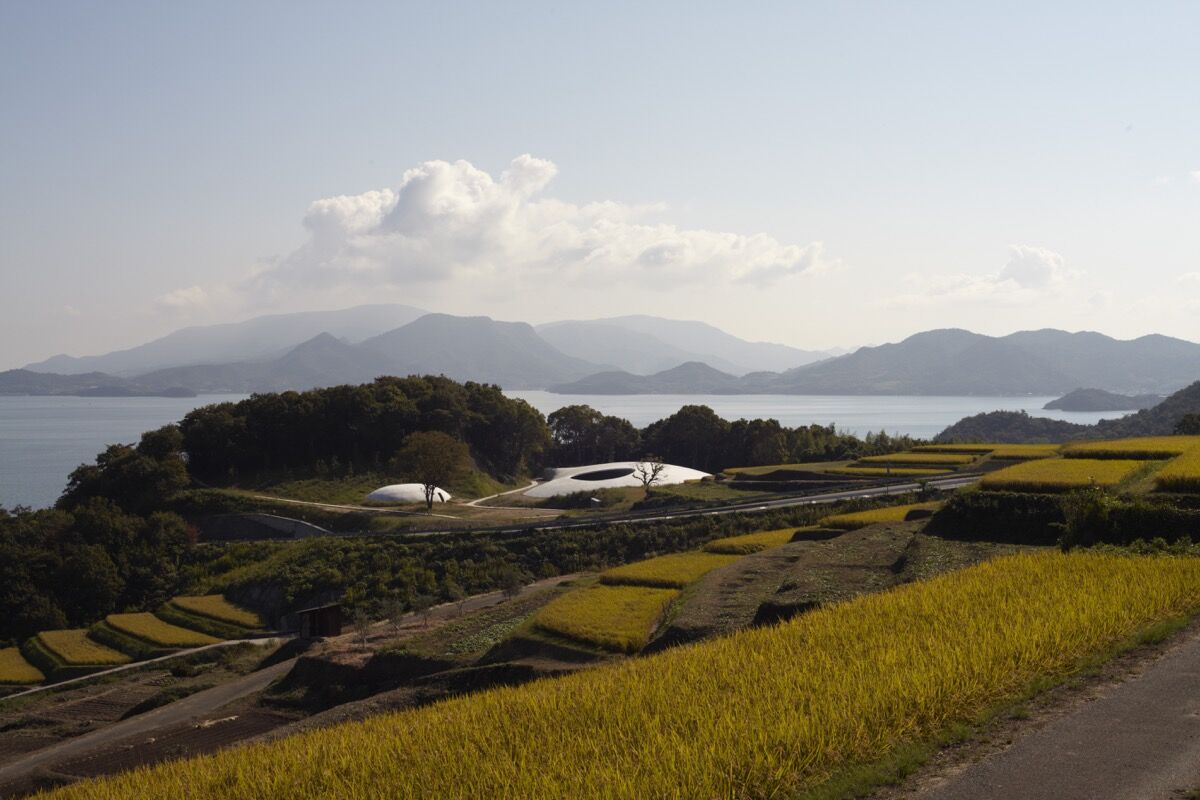 A long, thin ribbon dangled from the edge of an oval-shaped hole in the ceiling of this mysterious white structure. The ribbon appeared to be floating against the blue sky. But it did not obstruct the beauty of the view, which was being enjoyed by a small, tranquil crowd of people, who were either lying or sitting on the ground. Droplets of water were scattered across the concrete floor. They were not stagnant drops, however. Rather, they were moving—crawling along a path to a pond. Some of the visitors were staring insistently at the traveling water drops, trying to figure out where they had come from and where they were going. The world had stopped.
I was one of those lying on the ground of Teshima Art Museum, in Japan, that hot summer day in August earlier this year. The water drops and ribbon belonged to the installation Matrix (2010), by Rei Naito, which had the whole museum to itself. Visiting an institution housing one solitary artwork turned out to be the most extraordinary museum experience I’ve ever had. The otherworldliness of this particular art space, located at the tip of an island inhabited by just 1,000 people, led me to question what the meaning and purpose of a museum is, and its relationship to art, humanity, and nature. 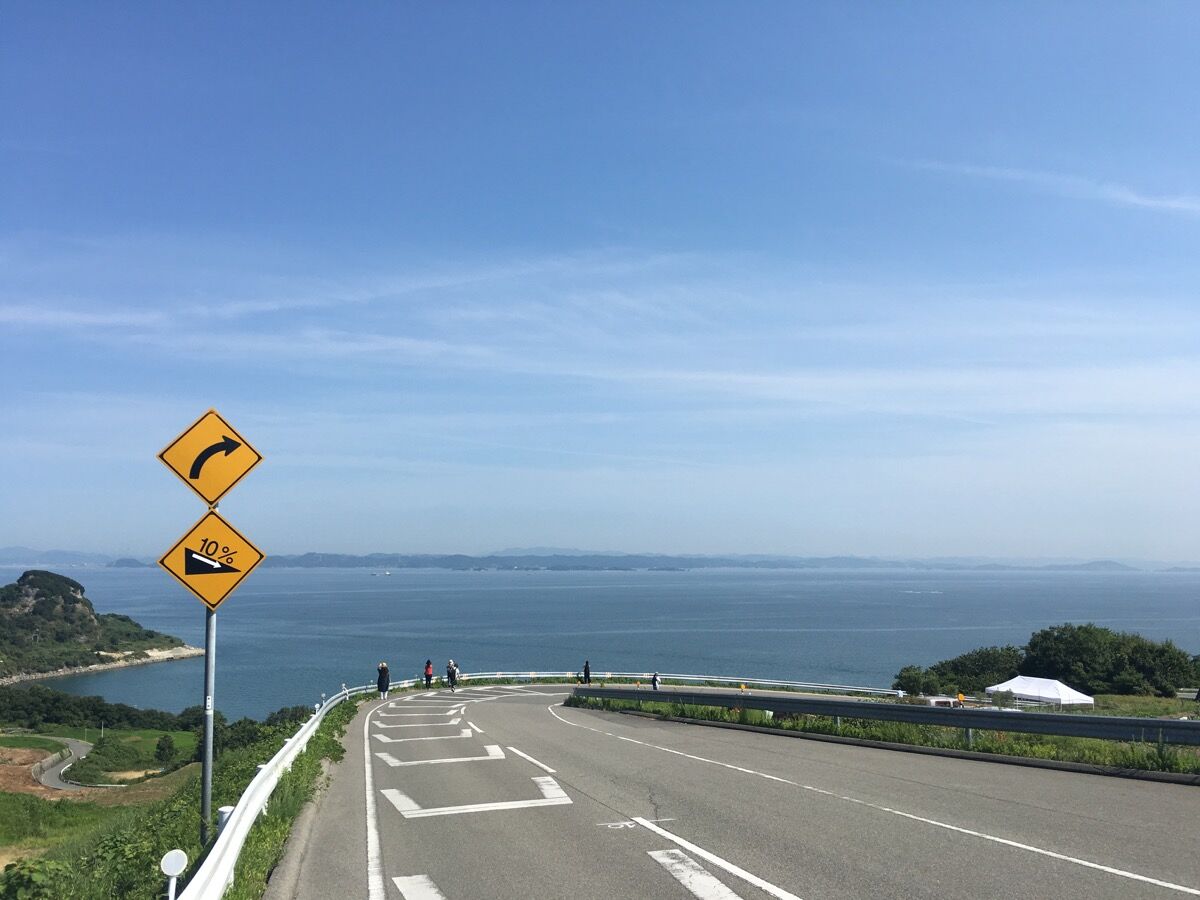 Teshima Art Museum is situated at the north of Teshima Island, in the eastern part of the Seto Inland Sea, and it belongs to the Kagawa Prefecture of Japan. Opened in 2010, in conjunction with the inauguration of the Setouchi Triennale (also known as the Setouchi International Art Festival), Teshima Art Museum is the brainchild of artist Naito and architect
Ryue Nishizawa
, who co-founded the Pritzker Architecture Prize-winning firm SANAA with
Kazuyo Sejima
in 1995.
The museum is part of the Benesse Art Site Naoshima, an ensemble of museums and art projects on the islands of Naoshima, Teshima, and Inujima, all of which are backed by Benesse Holdings, Inc. and Fukutake Foundation. In the second half of the 20th century, the islands suffered the consequences of Japan’s post-war economic boom. Refineries polluted Naoshima and Inujima with toxic chemicals, while industrial waste was illegally dumped on Teshima. Inhabitants deserted the islands, leaving the elderly behind.
Soichiro Fukutake, the former president and CEO of Benesse Holdings, Inc., began his encounter with Naoshima when his father was building a children’s campground there. In the 1990s, he decided to bring contemporary art to the islands in order to revitalize them. The Benesse House Museum was opened on Naoshima in 1992. This was followed by the development of the Art House Project throughout the ’90s, and the opening of the Chichu Art Museum in 2004 and the Lee Ufan Museum in 2010. 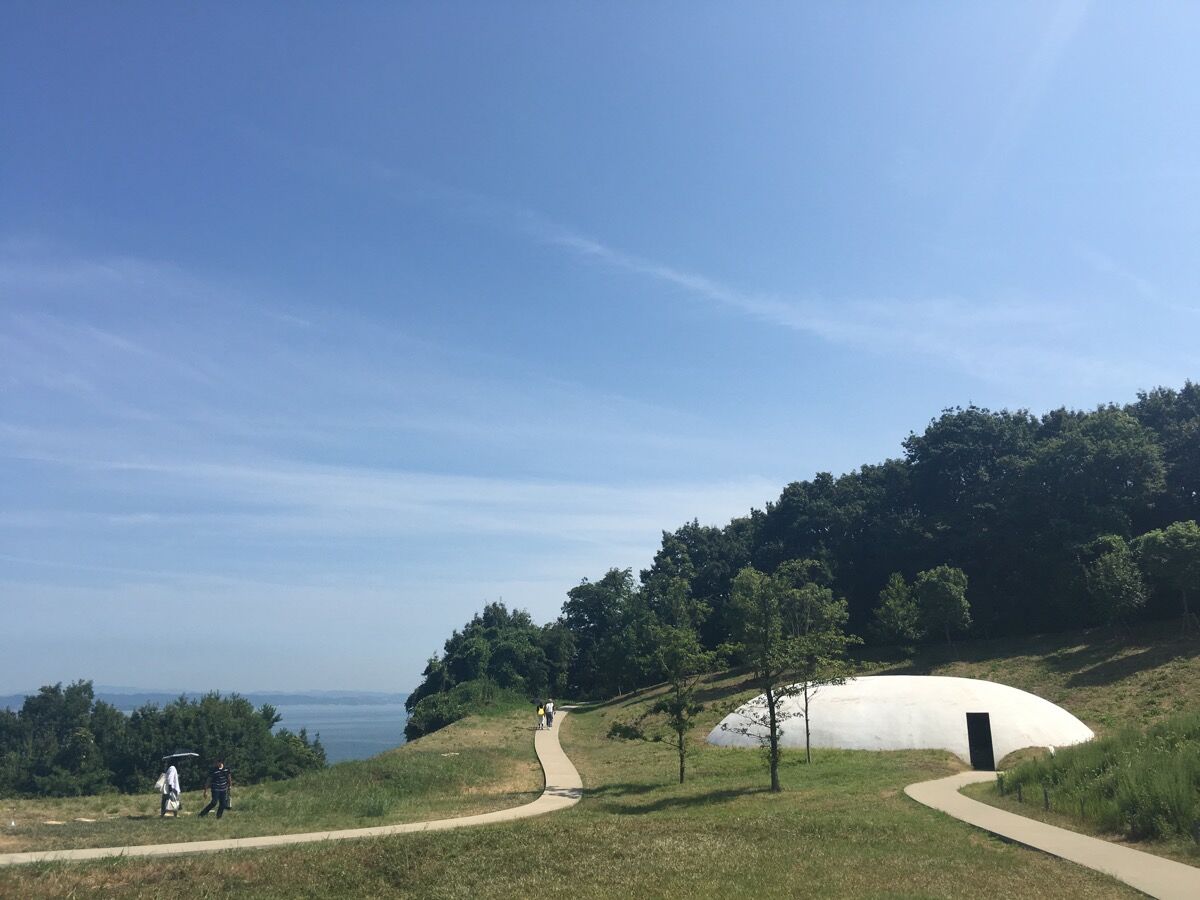 Advertisement
At the 2010 inauguration of the Setouchi Triennale (the third edition of which is now running until November 6th), which takes place across the three islands, Fukutake noted that art was not necessarily the main focus of the festival. “We hope to create a community in which art helps local people to smile again, and causes people from the cities to envy them,” he once said. “The most important artwork that we hope to create through the festival is the revitalization of the region.”
Naoshima was the birthplace of Fukutake’s artistic vision, and it is the most famous island of those in Seto Inland Sea, thanks to the three museums housed there—all of which are designed by renowned architect
Tadao Ando
—and a number of public artworks residing there, including
Yayoi Kusama
’s iconic, solitary Pumpkin. Compared to Naoshima, Teshima enjoys a much lower profile. Its population is less than one-third of Naoshima’s, and it lacks blockbuster artworks to draw people’s attention. But perhaps the island does not need another Pumpkin, as Teshima Art Museum itself is a magnificent artwork.
Once visitors arrive on the island, the journey to the museum begins with a bus ride that drops passengers off on top of the hill overlooking the sea. Museum-goers walk down a winding path, passing by terraced paddy fields, before reaching the museum. They must follow a pathway around a hilly slope, with the sea on the right and the island’s intense greenery on the left, to reach the exhibition space. This passage is a zen-like experience that cleanses busy minds, preparing them to enter Teshima’s shrine to art.
The museum is made up of two parts—a bead-shaped concrete building punctuated by two big holes, and a dome-like structure housing the museum shop and cafe. According to architect Nishizawa, instead of building a massive structure that would impose on the breathtakingly gorgeous vistas, he produced designs that were inspired by the contours of the island. The resulting building creates a profound feeling of harmony with the surrounding landscape. 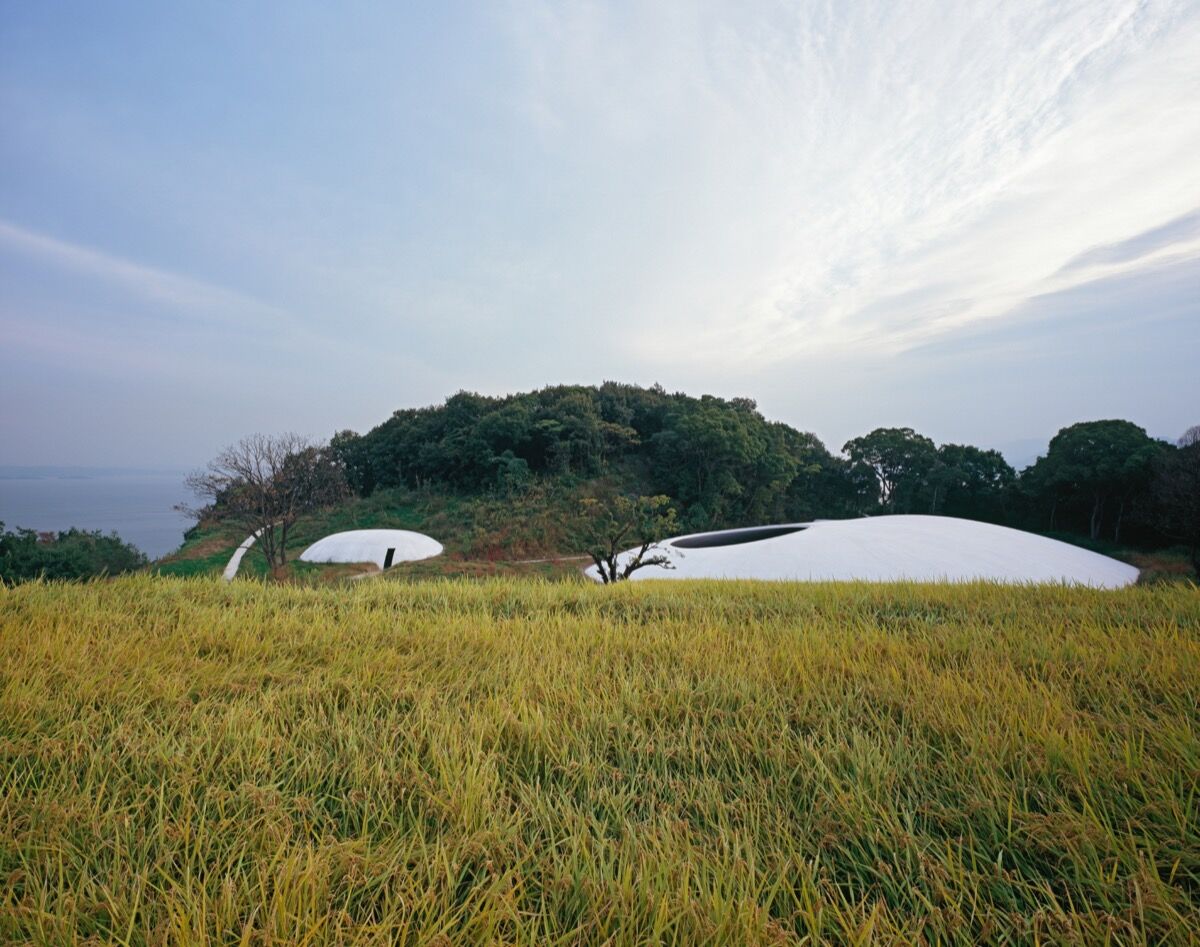 It really is a religious experience. Shoes must be removed before entering the sacred space. Inside it, a vast, empty gallery is characterized by a curved ceiling. During my visit, we were welcome to roam around freely, while being careful to watch out for Naito’s droplets of water on the floor. Rays of natural sunlight shone through the two large holes in the ceiling and were occasionally reflected in the water. The visitors were silent; all I could hear was the sound of nature. The tranquility of the space and the delicate installation within it made one forget about the world beyond. If heaven did exist, it might look something like this.
At the cafe, the rice served up was the produce from the neighboring paddy field. It was then that I realized that Teshima Art Museum is not just about the building and the artwork within it. It guides visitors through a unique experience of nature, which should be treasured and respected by humankind.
A great museum might not be about how magnificent its collection is, or how many blockbuster shows it stages each year. A great museum should, perhaps, offer an experience that leads one to discover territories unknown, bringing visitors into profound contact with the world. For those who are lucky enough to make it out to this far-flung island, Teshima Art Museum offers that experience.
Vivienne Chow
Related Stories