Alexander Forbes
Feb 25, 2016 1:00pm
In 2010, two dealers—Elizabeth Dee of the eponymous New York gallery and Darren Flook of London’s Hotel—set out to create a different kind of art fair. Styled as “part consortium, part collective,” Independent, as they called it, would have no booths, be free to the public, and be completely transparent with its participating galleries in its book-keeping. The fair was an immediate, runaway hit with its galleries, its public, and the press—all who were feeling a bit weary of the cookie-cutter trade-show vibe of most fairs at the time. 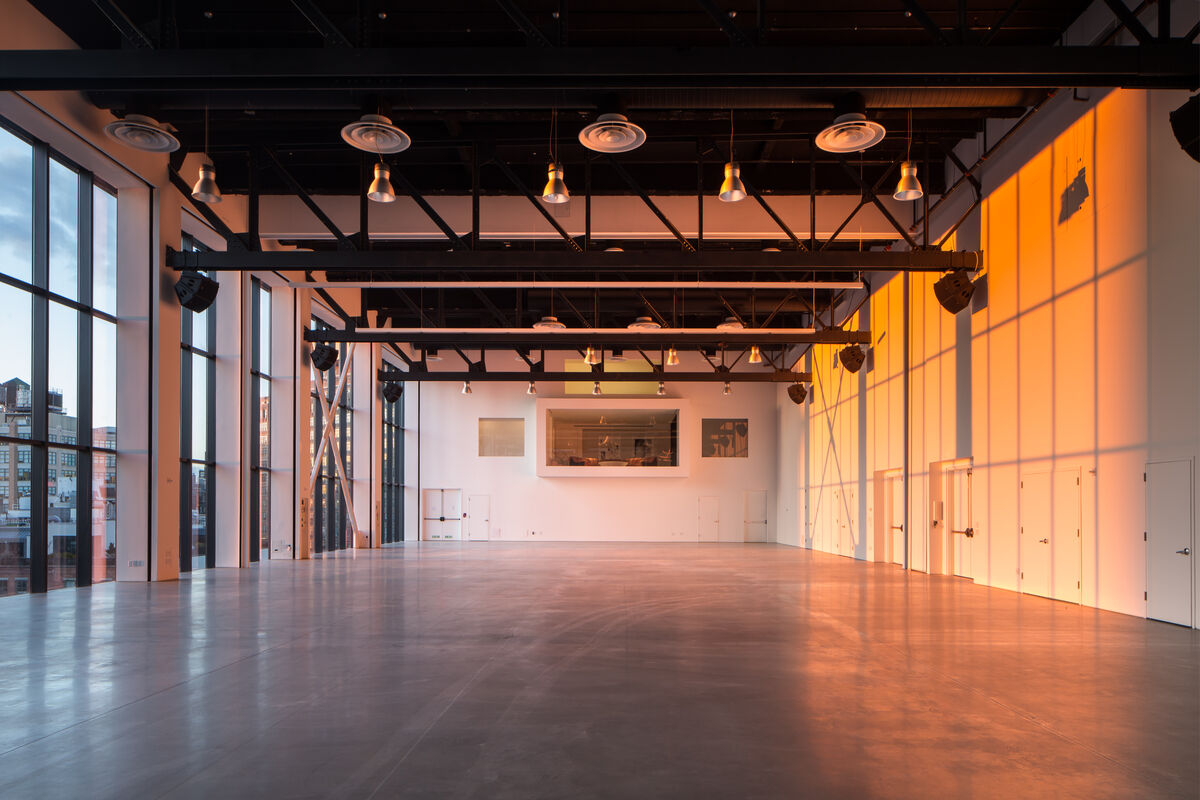 Six editions of the fair later, much at Independent has changed. The fair was kicked out of its Chelsea home, the former Dia space, by the building’s new owners after the spring 2015 edition. Next week, Independent will open for the first time at TriBeCa’s Spring Studios, the New York outpost of London creative agency and production firm, Spring. “I’m very sad that the Dia building isn’t going to be what it was before and that we won’t have access to it,” said director Laura Mitterrand when we toured her fair’s new home earlier this month. “But at the same time, we were ready for something else, a new challenge and a new way of playing with the space.”
As any seasoned gallerist knows, artists respond well to the opportunity of presenting work within a new locale. (Both Elizabeth Dee and Gavin Brown’s enterprise, where Mitterrand also serves as director, are Harlem-bound.) And a number of artists—especially those from New York, like
Justin Matherly
, who will show at Independent with Paula Cooper—have been by Spring Studios multiple times to plan their projects, according to the director.
Mitterrand, who’s been with Independent since the beginning, notes a consistent push towards more curated and solo presentations from the fair’s galleries over the years, a move away from the first edition’s ad-hoc vibe. And Spring Studios adds a commensurate—or even forward-looking—dose of polish to the fair’s appearance. Aside from Independent, the space is home to the TriBeCa Film Festival and a number of New York Fashion Week’s headlining shows. (Floor buffers were at full tilt as we circulated the four levels over which the fair will be split, readying their surface for a certain, particularly picky designer’s bi-annual inspection.) Half-century-old convention center this is not.
“It was the only space that could possibly be fit for what we want to do,” says Mitterrand of Spring Studios. Within the space, this seventh edition of Independent will see by far its most fair-like set-up: 16-18 booths will fill each of its two main halls (floors five and six) courtesy of three plus-sign-shaped configurations of walls designed by Jonathan Caplan and dropped in the middle of the floor-to-ceiling-windowed, industrial cathedral of a space. The mezzanine above hosts a more O.G. Independent open layout, bringing together not-for-profit spaces White Columns and Artists Space and galleries Herald St and Karma (“It’s a pretty tight group,” says Mitterrand). Meanwhile, the ground floor holds the fair’s inaugural edition of Independent Firsts, a section highlighting six galleries making their first appearance at the fair this year.
Between the addition of those new dealers and Spring Studios’s smaller amount of exhibition space compared to the DIA building, 2016 sees a noticeable reduction in familiar faces at Independent, with more than 20% turnover. Such a move would be verboten at many major fairs, a portion of whose halls can tend towards legacy participants who bring in local mid-rollers time and again. But at Independent, it’s a strategy to keep collectors engaged. “It’s painful” to cut certain participants, says Mitterrand, “but we want to be able to add new galleries to make sure that people don’t always already know what they’re coming to see.”

Advertisement
This year, galleries who didn’t make it into Independent’s spring fair in New York have added consolation. The fair has two more events on the docket for 2016: the inaugural edition of Independent Brussels and Projects, Independent’s fall New York fair, which takes place during the November auctions and this year will present shows of exclusively women artists. Galleries also have the possibility of mounting a longer-running show at the fair’s new, permanent Brussels space, Independent Régence, named for the street on which it sits in a building that also houses galleries such as Jan Mot, Catherine Bastide, and Micheline Szwajcer.
Independent Brussels, whose inaugural edition opens just seven weeks after the New York fair closes, will include over 60 galleries—more than any edition of Independent to date. Within this bunch, 13 dealers will overlap with New York. “There’s something very exciting and new happening there,” says Mitterrand of the Belgian capital, in which she hopes they can recapture “the same kind of energy that Independent had the first year it was in New York.”
Mitterrand notes the number of international galleries that have set up shop there in recent years, like Almine Rech and Nathalie Obadia from her native Paris, as well as Tel Aviv’s Dvir, which opened in the same building as Independent Régence in January. And galleries aren’t the only Parisians that have hightailed to Brussels, as a number of France’s wealthiest have relocated to Belgium following the election of President François Hollande in 2012 and his promised 75% tax on the country’s millionaires.
Régence is perhaps Independent’s most forward-thinking venture, and one that pulls most directly from the fair team’s experience as dealers themselves. It allows the fair’s participating galleries to set up shop in Brussels for a full, six-week-long show. “Galleries, and not only just the big ones, feel the need to be present in different cities,” explains Mitterrand of the space’s premise. “But the overhead is incredible.” The idea with Régence is to allow for a low-risk entrée into the center of the Brussels gallery scene. “They don’t have to sign their life away for it.” For Mitterrand, the space operates like “a very slow art fair,” and is aimed at fostering the same kind of collaborative atmosphere—with, for example, multiple galleries who share an artist working together on an installation—fostered during their comparably light-speed three-day fairs.
Though the fair’s focus with Independent Régence remains on Brussels, Mitterrand says, “we think that it’s a model we could export to other cities.” A New York space would no doubt be welcomed by many of Independent’s international exhibitors. And while there’s no plan in place to execute such an endeavor, the fair does hope to introduce year-round programming at Spring Place—Spring Studios’s adjacent social club and co-working space—when the facility is completed.
We’ll have to wait and see if, down the road, Independent can become the art-world version of a co-working space, allowing its network of galleries around the globe to gain a foothold in new cities. But the idea is certainly an interesting one, considering the slightly less transactional element of fairs for many young galleries these days. It’s a telling sign that Independent, despite growing up, retains its base as a platform created by dealers, for dealers. And it’s a heartening indicator that collectivity, and a belief in the rising tide’s benefit for all, can continue to thrive despite ever-increasing competition across the art-market landscape.
Alexander Forbes is Artsy’s Consumer Marketplace Strategist. He was previously the Executive Editor of Artsy Editorial.
Independent is on view at Spring Studios, New York, Mar. 3–6, 2016.
Related Stories