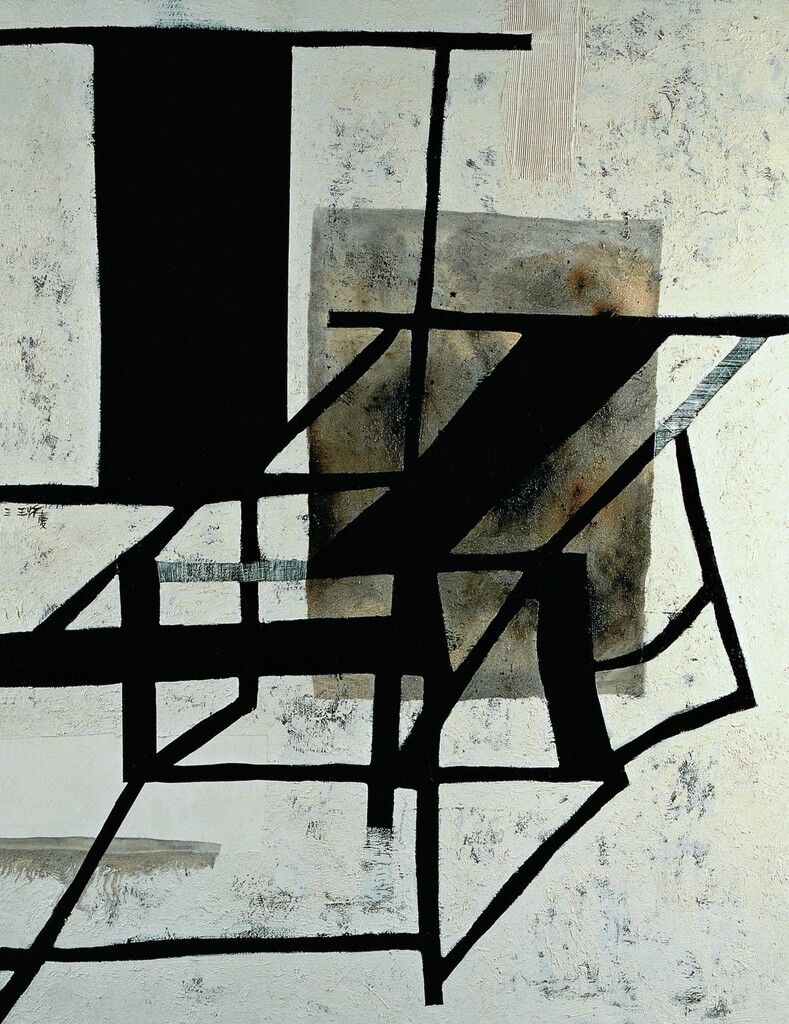 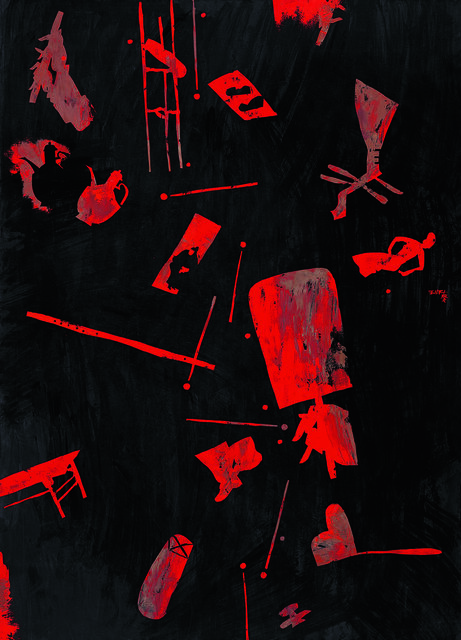 Wang Huaiqing
Night Revel (Han Xizai's Night Revel-4), 2006
Tina Keng Gallery
As a new survey of
Wang Huaiqing
’s work makes clear, the contemporary artist’s style draws more from traditional Chinese calligraphy and
cubism
than the
social realism
he studied under the Communist regime at China’s Academy of Fine Art. “Out of the Mountains,” now open at the
Tadao Ando
-designed Hyogo Prefectural Museum of Art in Kobe, Japan, shows the evolution of Wang’s work over the past 60 years through a selection of two- and three-dimensional work.
Wang, who had originally set out to study interior design, is now known for his abstract paintings of traditional Chinese furniture and architecture. His work digs deeply into nostalgia for his country’s heritage—an homage to China’s rich cultural past, and a reflection on his country’s cultural progress. During the Cultural Revolution, Wang was sent to the countryside for “rehabilitation through labor.” There he was mentored by the modern Chinese master painter Wu Guanzhong. Wang then went on to join an avant-garde group of artists called the Contemporaries, who endeavored to avoid political themes in their work—a political act in itself. 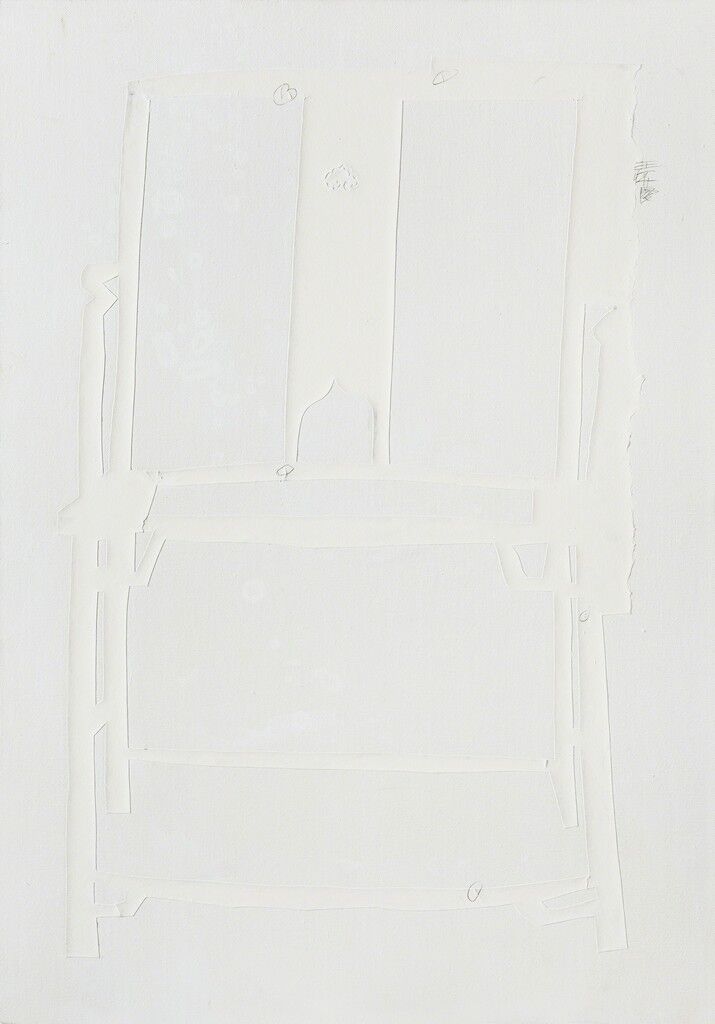 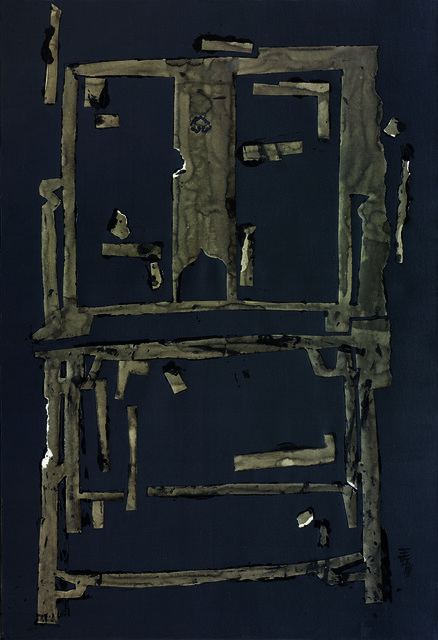 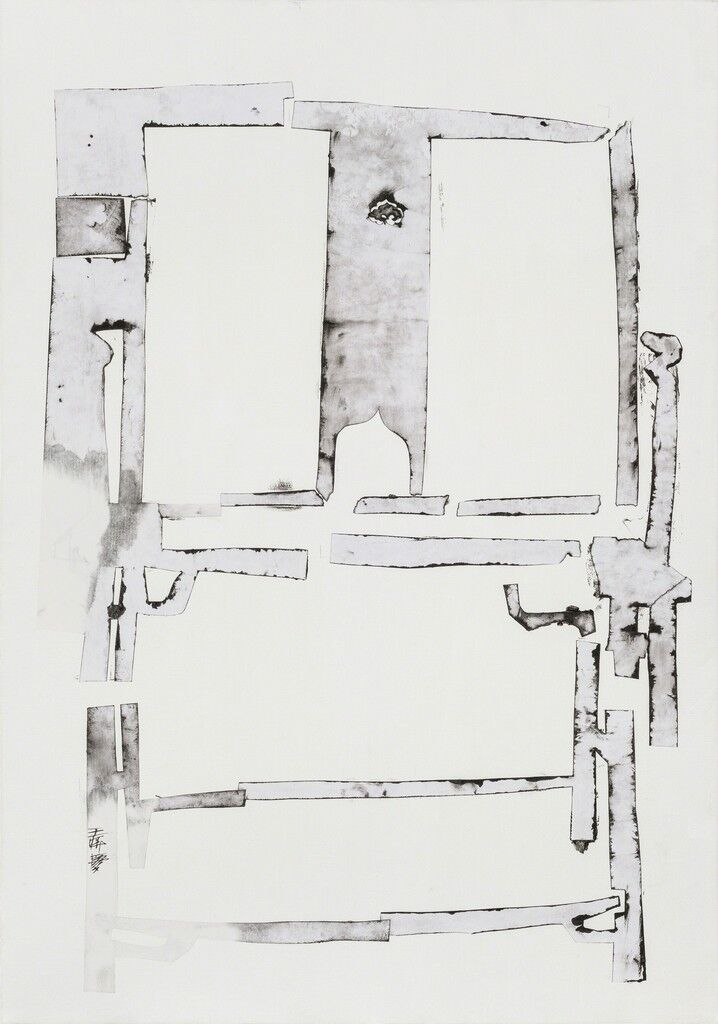 Wang Huaiqing
Sketch-3, 2013
Tina Keng Gallery
Wang’s subject matter stems from a variety of sources, all of them linked to his cultural patrimony. Houses (1987), for instance, is influenced by black-and-white Shaoxing style architecture found in Zhejiang Province. Wang visited the area early on in his career and the traditional constructions made a lasting impression on him. His design past is also reflected in such works as Sketch-1 (2013), Sketch-2 (2013), and Sketch-3 (2013–2014), all mixed-media works on canvas that translate classical Ming-dynasty chairs into two dimensions. While Night Revel (Han Xizai's Night Revel-4) (2006) is part of a continuing series based on a 10th-century classical Chinese painting of the same name; Wang removed the people from the scene, focusing only on the furniture. 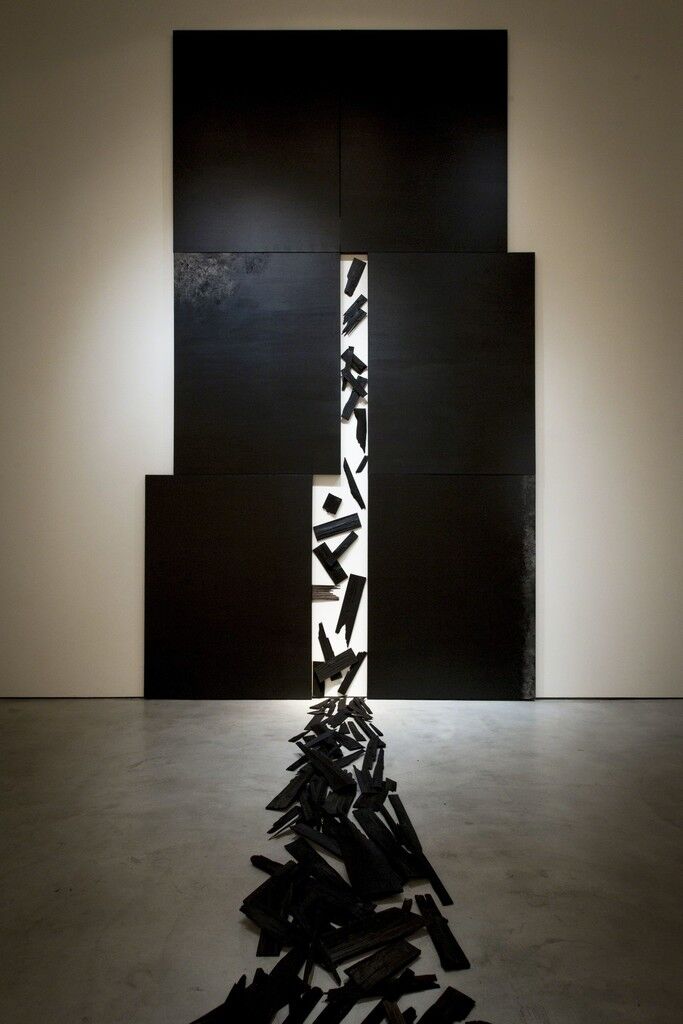 Wang Huaiqing
Out of the Mountains, 2012
Tina Keng Gallery
Advertisement
His large installation Out of the Mountains (2012)—from which the exhibition takes its name—is both two and three dimensional, and both figurative and abstract. Here, Wang has affixed six black panels to a wall in an abstract mountain-like configuration.  Shard-like bits and pieces of wood seem to fall down the wall and onto the floor in a tidy path. There is a subtle spiritual undertone to the work, a sort of peaceful, ordered chaos. A similar sentiment permeates his most recent accomplishment as well, a series of paintings called Secrets of the Secret (2015).

“Out of the Mountains” effectively showcases Wang’s singular body of work, which seamlessly merges a variety of unlikely traditions and materials, resulting in an earnest homage to Chinese  heritage.