A Summer Group Show Takes an Expansive View of Painting

Artsy Editors
Aug 5, 2015 4:32pm
Paul Balmer is one of the gallery’s most cosmopolitan artists, as can be seen in his affection for cities as a subject. Balmer is similarly cosmopolitan in his biography, having lived, studied, painted, and taught across the world, between his native South Africa, Australia, Switzerland, Paris, Boston, and New York. “There’s a stability and tranquility that comes out of the Australian experience,” Balmer has said. “Combining that with the New York context creates something brand new.” In Dark Night (2015), he depicts a cityscape after nightfall, its buildings and river mingling to create an atmosphere alive with possibility and emotion, the sort of feelings that New York has long evoked. The skyscrapers, with their articulated lines and weighty forms, appear like characters—each with their own psychological layers and relationships to one another. 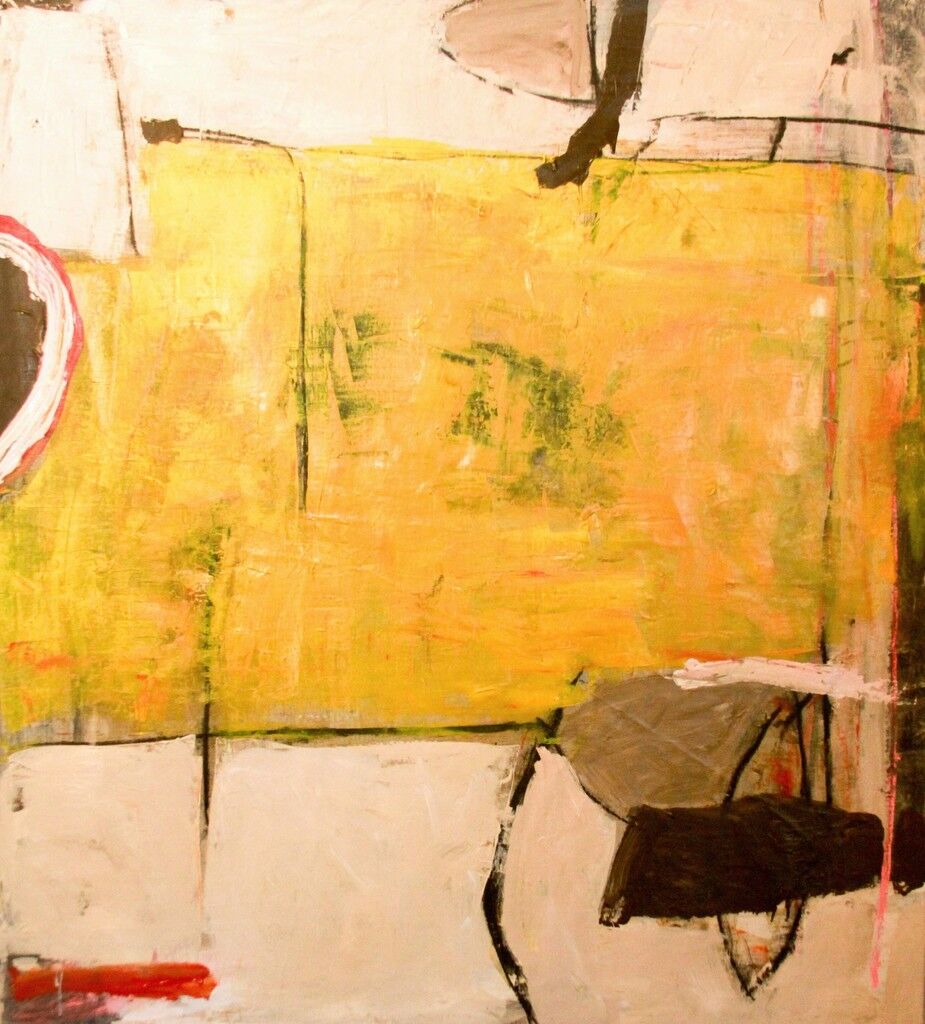 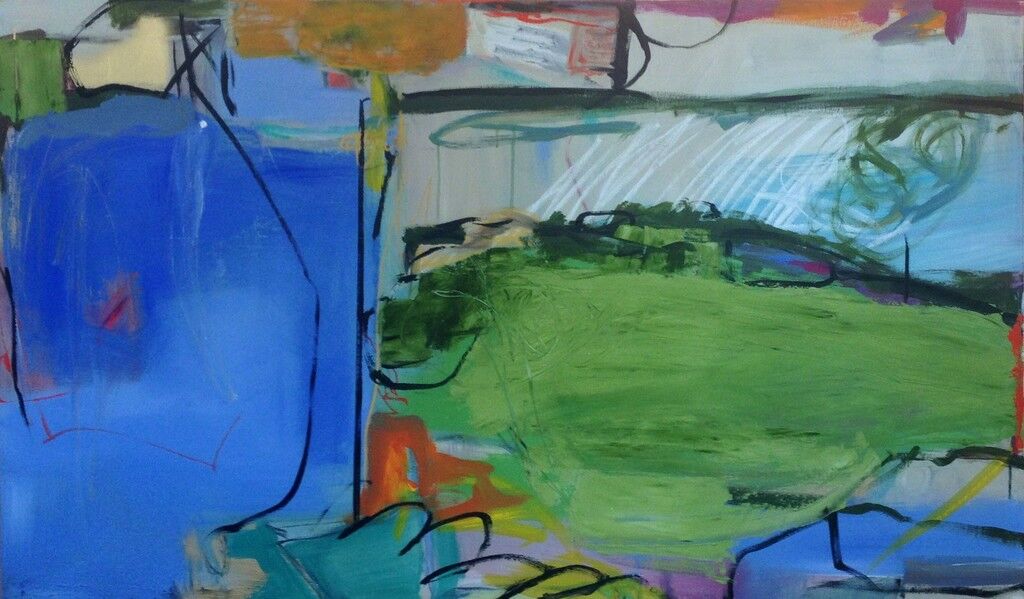 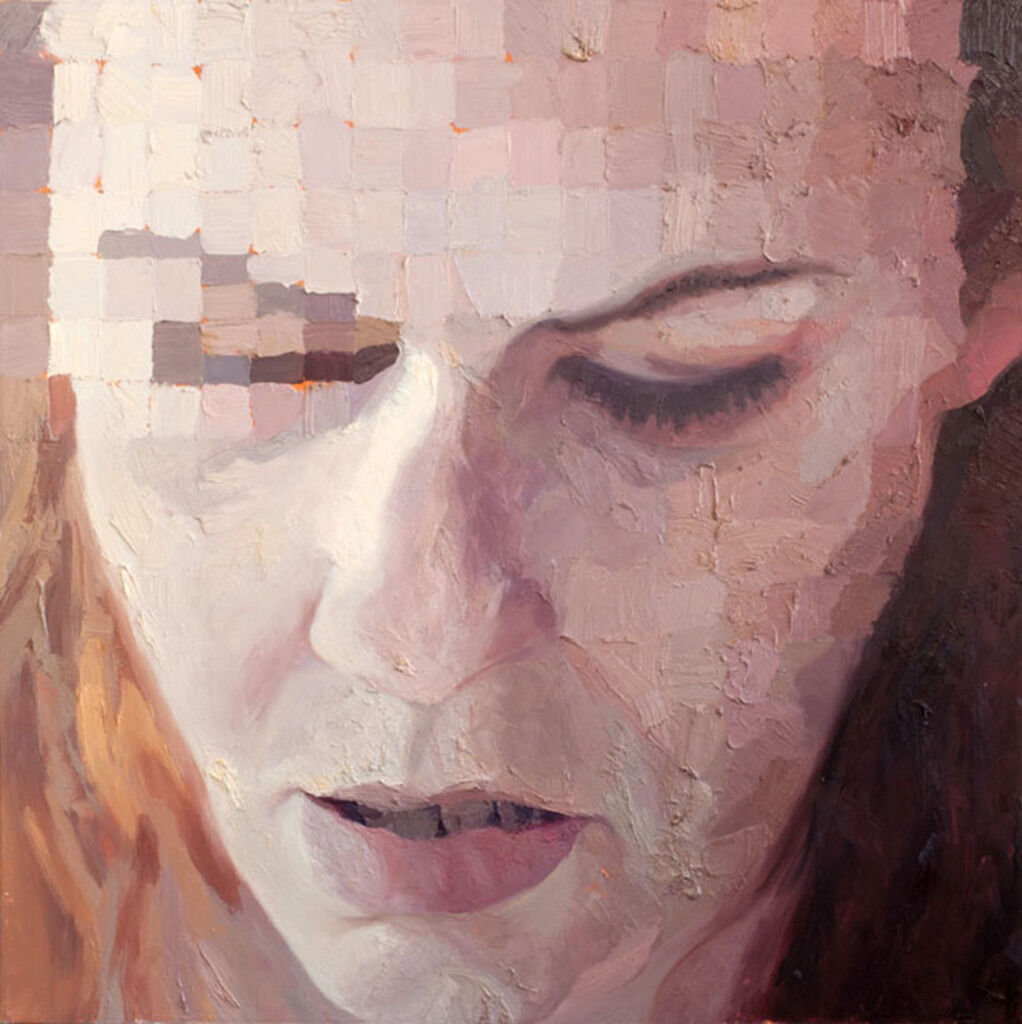 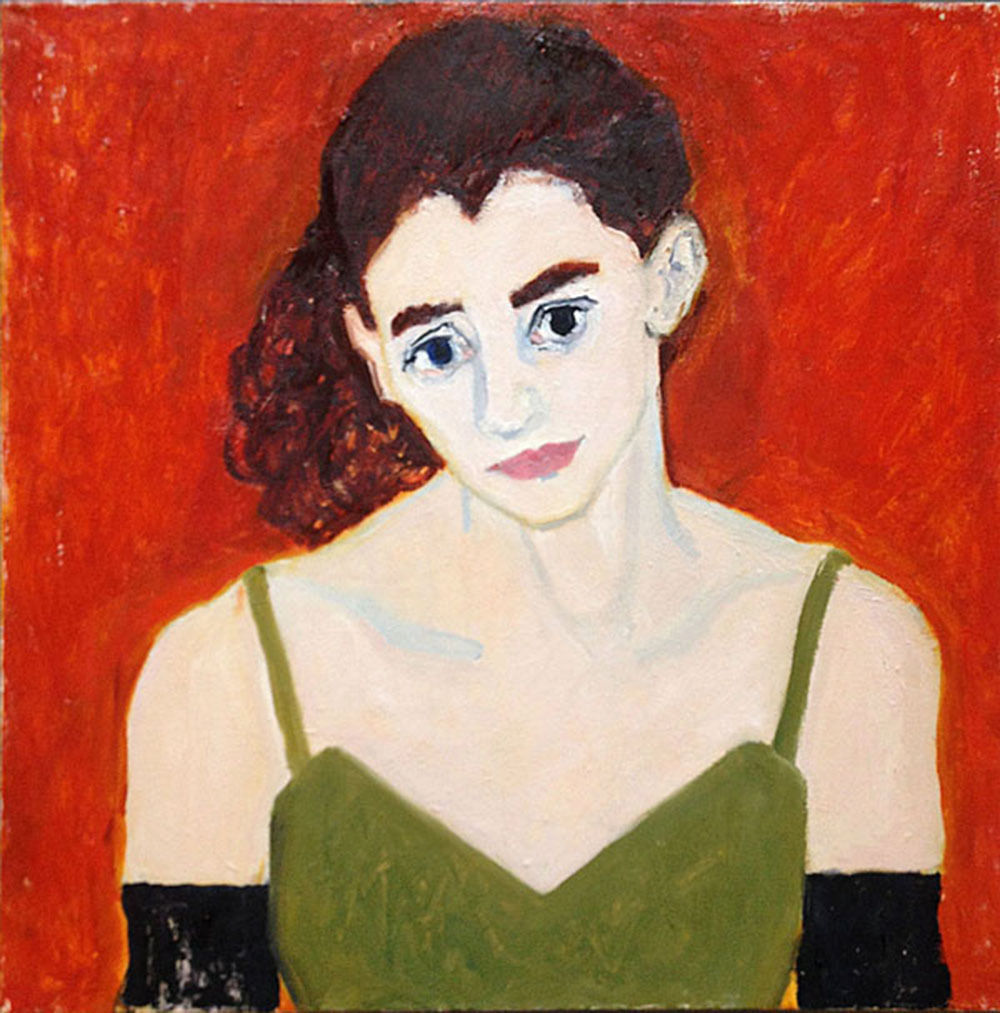 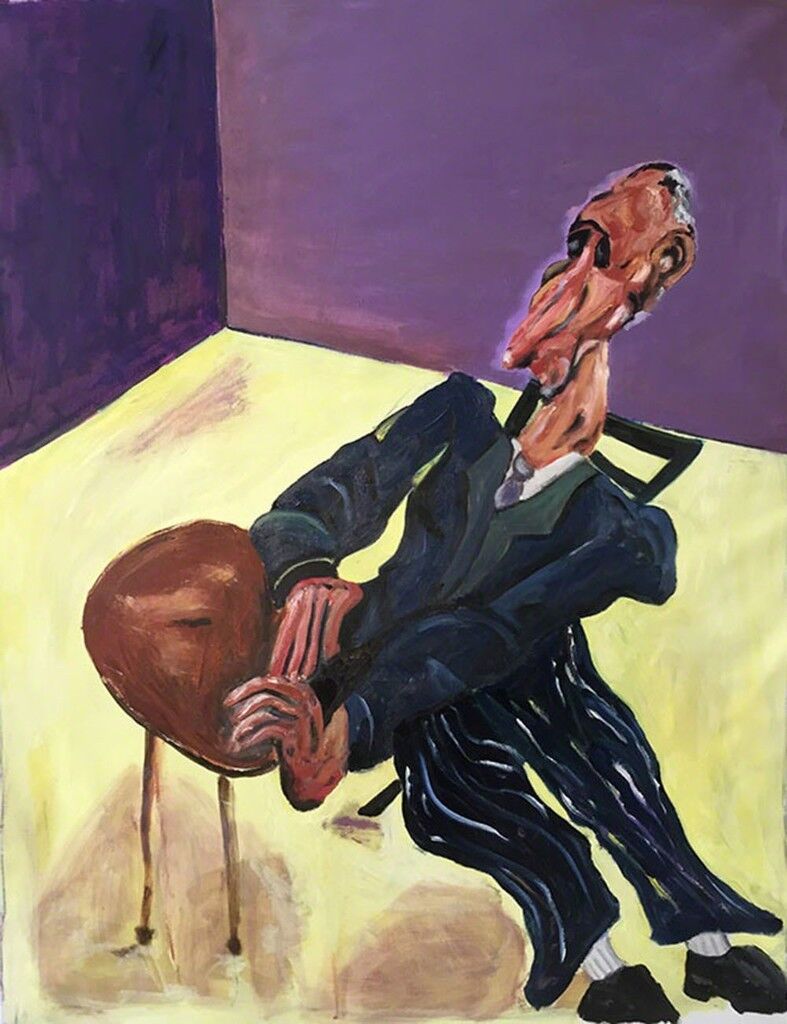 Whit Conrad
Man with a Big Nose (after Soutine), 2015
The Lionheart Gallery
Advertisement
Three of the artists play with the conventions of portrait painting, such as
Geoffrey Stein
’s BB Grid (2010), which uses a style of
photorealism
suited for the digital age. In this portrait he depicts his subject, a close-up of a young woman, with part of the image reduced to blocks of flesh color resembling pixilation. Whit Conrad’s Man with a Big Nose (After Soutine) (2015) pays homage to
Chaim Soutine
, one of the early 20th century’s greatest
Expressionists
. The painting also appears to have references to
Francis Bacon
in its construction of space and the man’s constricting posture. Altogether different,
Betsy Podlach
’s Lady Going to Rehearsal (2015) is reserved and self-assured. 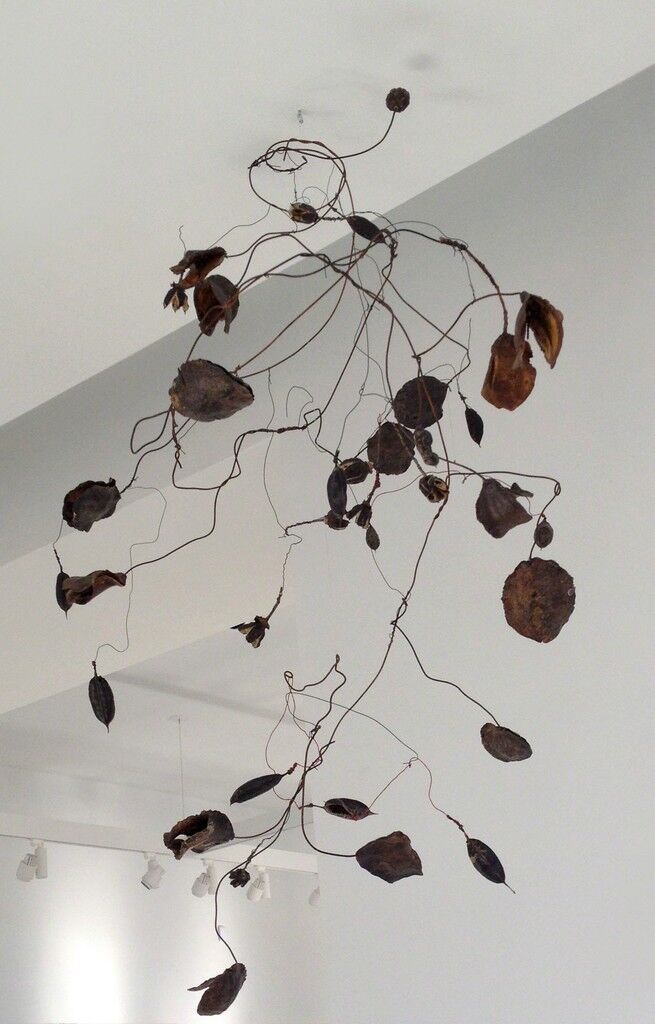 Donald Bracken
Survival of the Fittest
The Lionheart Gallery 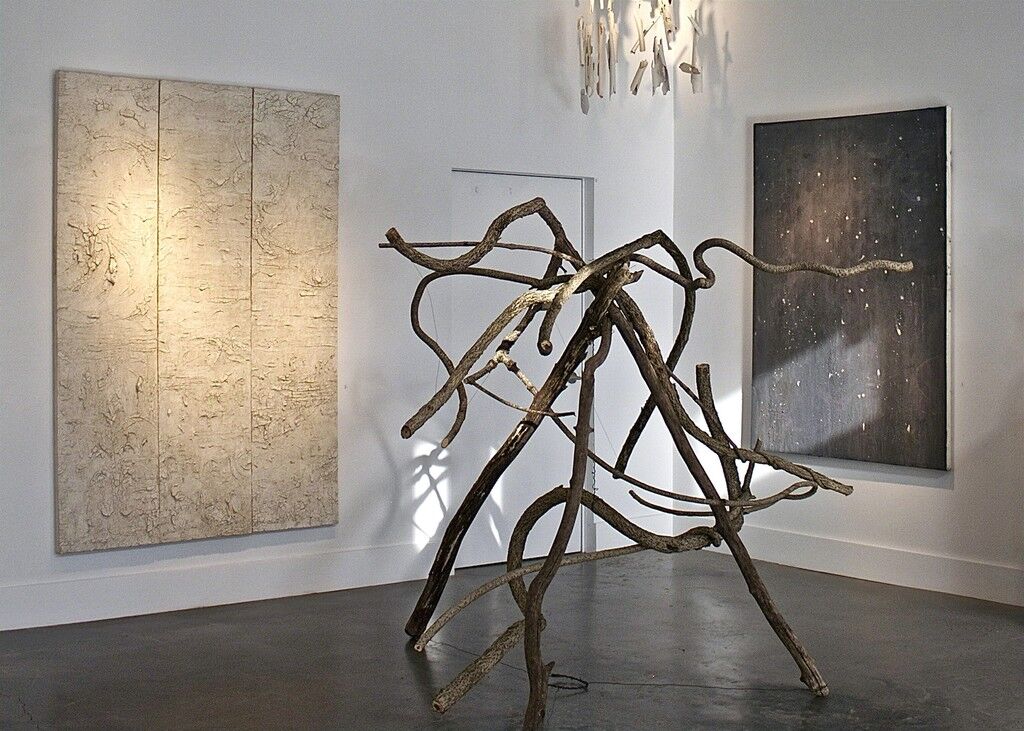