Artists, Designers, and Other Creatives Are Bringing This Bauhaus Ballet into the Digital Age 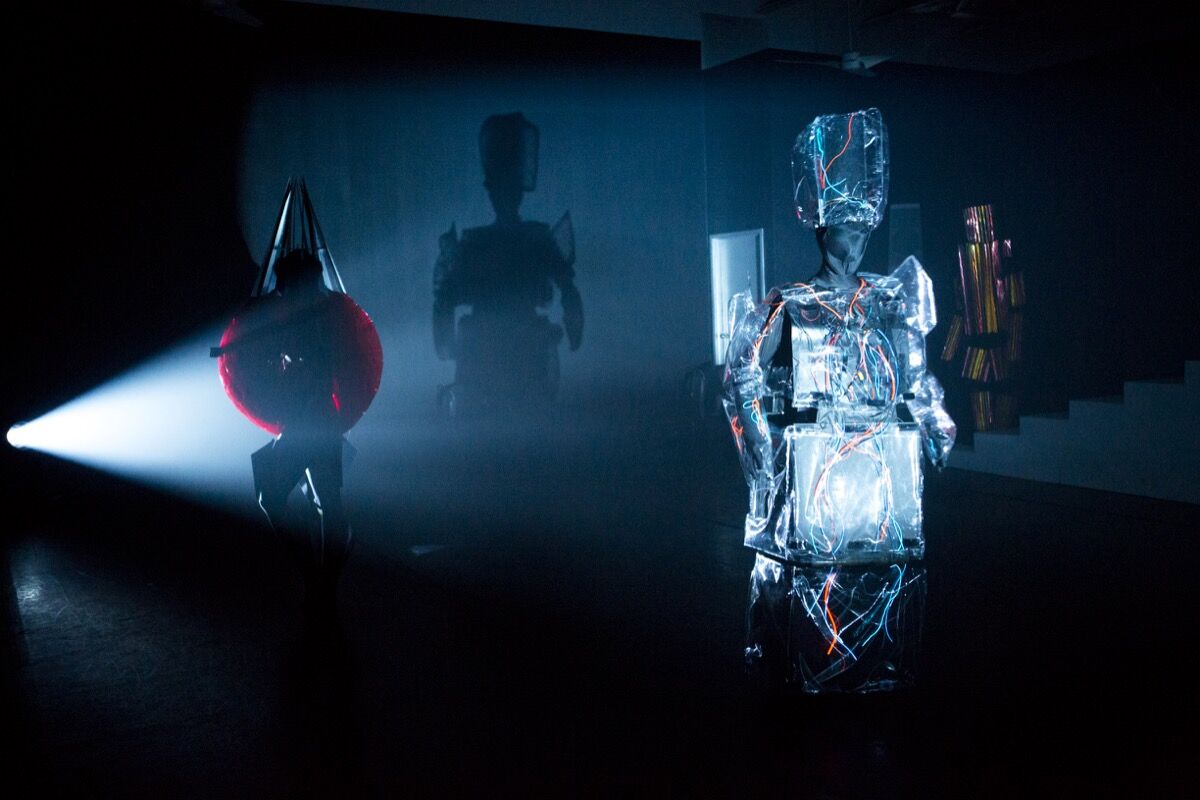 When
Oskar Schlemmer
premiered his Triadic Ballet in Stuttgart in 1922, he was reflecting on the effects of new technologies introduced during a period of rapid industrialization. The same holds true for a reboot of the iconic performance that debuted at Mana Contemporary this weekend—except that in 2016, of course, the industrial revolution has been soundly overtaken by the digital age.
“We’re dealing with a concept from almost 100 years ago,” explained Roya Sachs, who, along with fellow independent curator Mafalda Millies, is directing the performance. “Because of the industrial revolution and the post-war technological advancements, suddenly society was becoming more and more influenced by and integrated into the machine world. We’re really interested in the way those ideas are coming alive again.”
The original Triadic Ballet was an avant-garde production that fused the spheres of dance, music, theater, art, and architecture into a mesmerizing whole. Formally trained as a painter and sculptor, Schlemmer embodied the multidisciplinary spirit of the
Bauhaus
by crafting the costumes and choreography himself. Although that occasionally led to mishaps—according to Millies, the first costumes he made fell apart during an early performance—the work was met with wide acclaim during its 10-year run. 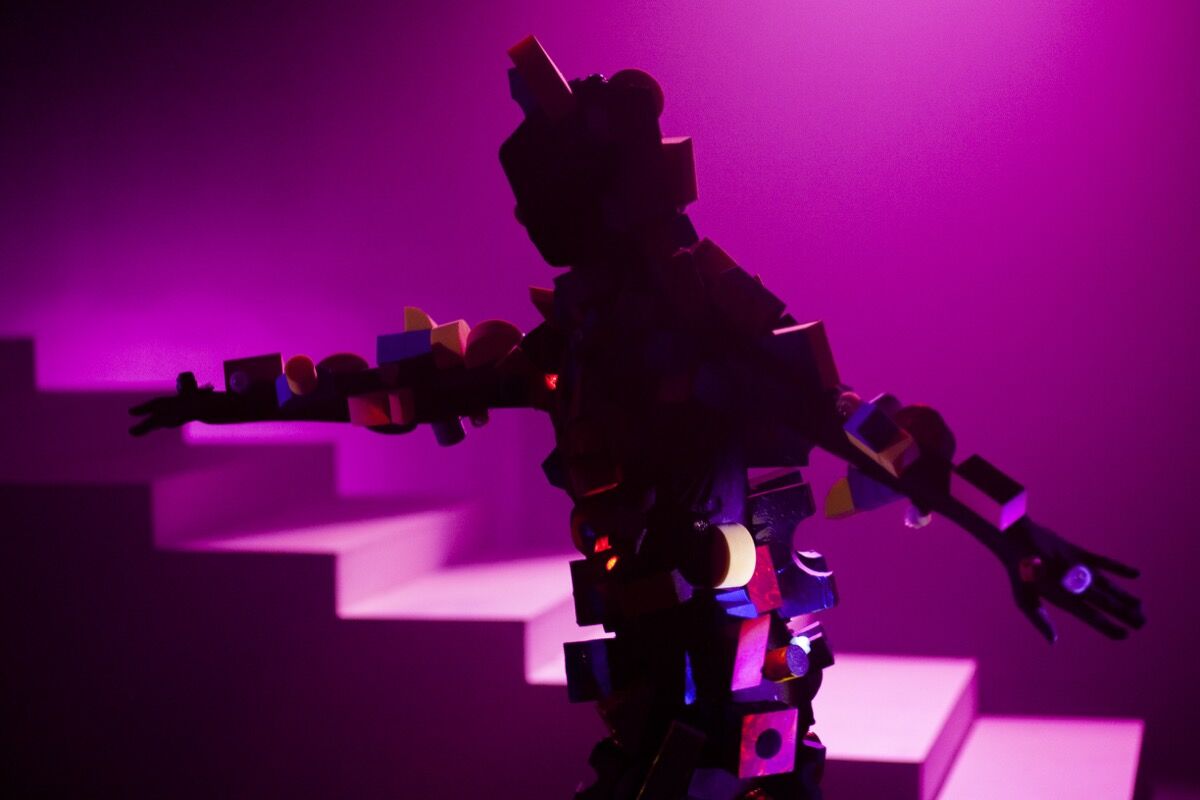 Following its final performance in Paris in 1932, however, the ballet was relegated to the archives. Specifics of the choreography and score have been lost to time, although photographs and sketches of the costumes still exist. A 1970 arrangement for video, currently on view at the Whitney as part of Dreamlands: Immersive Cinema and Art, 1905-2016, attempted to recreate the original production with sculptural costumes and mechanical choreography.
Sachs and Millies’s homage, titled Virtually There (2016) and hosted by Performa Visionaries, instead reimagines the ballet for the era of iPhones and artificial intelligence. They’ve maintained, however, Schlemmer’s original multidisciplinary approach. “What we loved about his approach to the Triadic Ballet was that it crossed different disciplines from the very beginning,” Millies said. “We really liked this idea of pushing boundaries and inviting artists to work with materials and medias that they were not at home in. We wanted to invite artists that had never been involved in performances or the ballet at all, and really push themselves to kind of follow in his footsteps and see what would come out of that.” 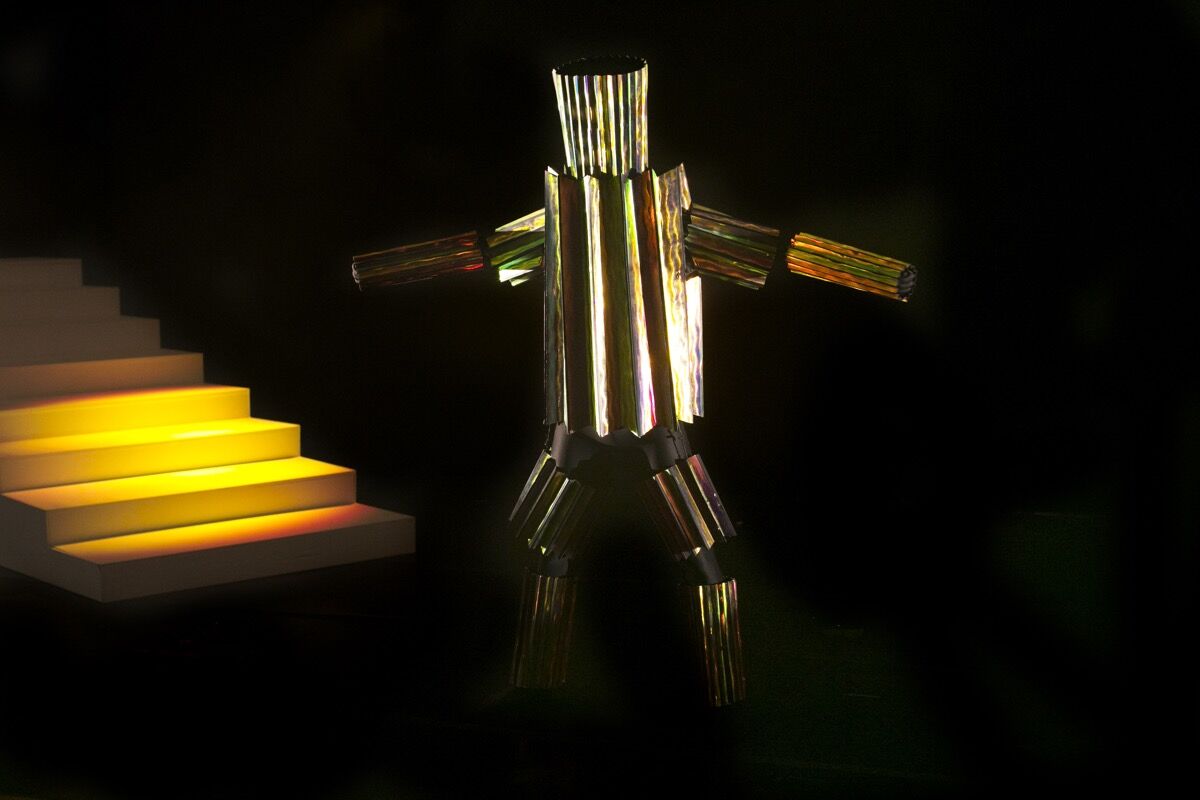 Photo by Eliza Soros, courtesy of Virtually There.

Advertisement
The team of collaborators they assembled—almost 30 in total—features an impressive array of names from across creative sectors. Prominent Brazilian design duo
Humberto and Fernando Campana
traversed New York’s Chinatown and Garment District to fashion five stunning costumes for the project; Karole Armitage, whose projects have ranged from the American Ballet Theatre to Madonna music videos, provided choreography; MATTE Projects, a creative agency that has partnered with Google and Redbull in the past, handled production elements including lighting; visual artists
Kate Gilmore
and
Heather Rowe
designed the set; and underground French composer Charles Derenne crafted the score.
As in Schlemmer’s original, the costumes steal the show. First onstage is the Honeycomb Woman, outfitted in a red sphere and spiked mirrored headdress that glints as she spins; she’s soon joined by the Accordion Man, whose rigid, folded costume gleams in metallic shades of gold and green. All of the dancers wear black morphsuits as a base, concealing their faces and lending an eerie anonymity to the performance. In comparison to Schlemmer’s original costumes—bulky and bulbous, resembling dolls or puppets more than robots or machines—the Campana Brothers’ creations allow a wider range of movement and even, on occasion, seem to amplify some of the dancers’ gestures, at times making their movements appear physically impossible. It seems appropriate, in an age where technology is becoming more and more lifelike, that these costumes would hover more delicately between man and machine. Also notable is Derenne’s score, featuring a live violinist and drummer playing over a recorded track. The drum lends a steady, thumping heartbeat to the electronic, at times video game-esque frills. 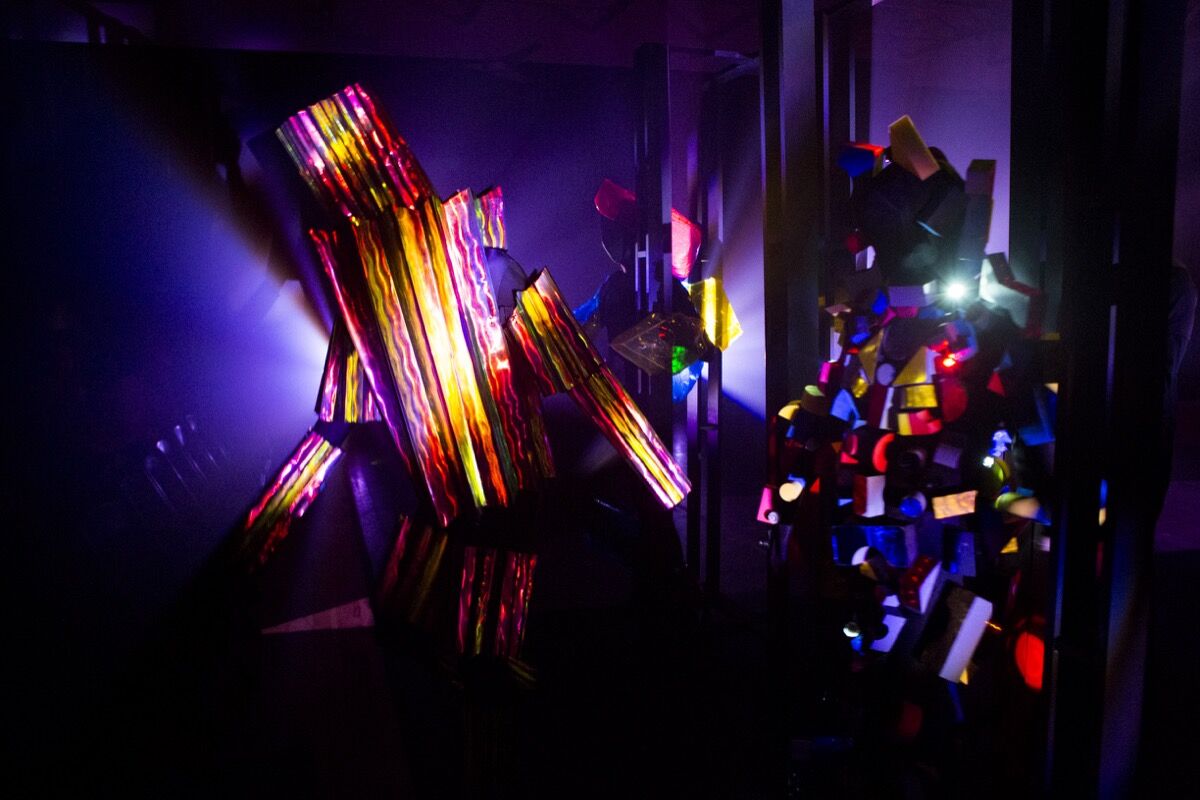 As Sachs notes, the ballet was ripe for a reboot: This year marks the 90th anniversary of the Bauhaus at Dessau and the 30th anniversary of Schlemmer’s first exhibition in the United States. But considering the history of the Bauhaus, disrupted and then eventually shuttered due to the increasingly right-wing government, there’s a more sobering parallel following this year’s U.S. presidential election. It’s true that history repeats itself—although this captivating reimagining of Schlemmer’s original performance offers a reminder that that’s not necessarily a bad thing.
Abigail Cain
Related Stories