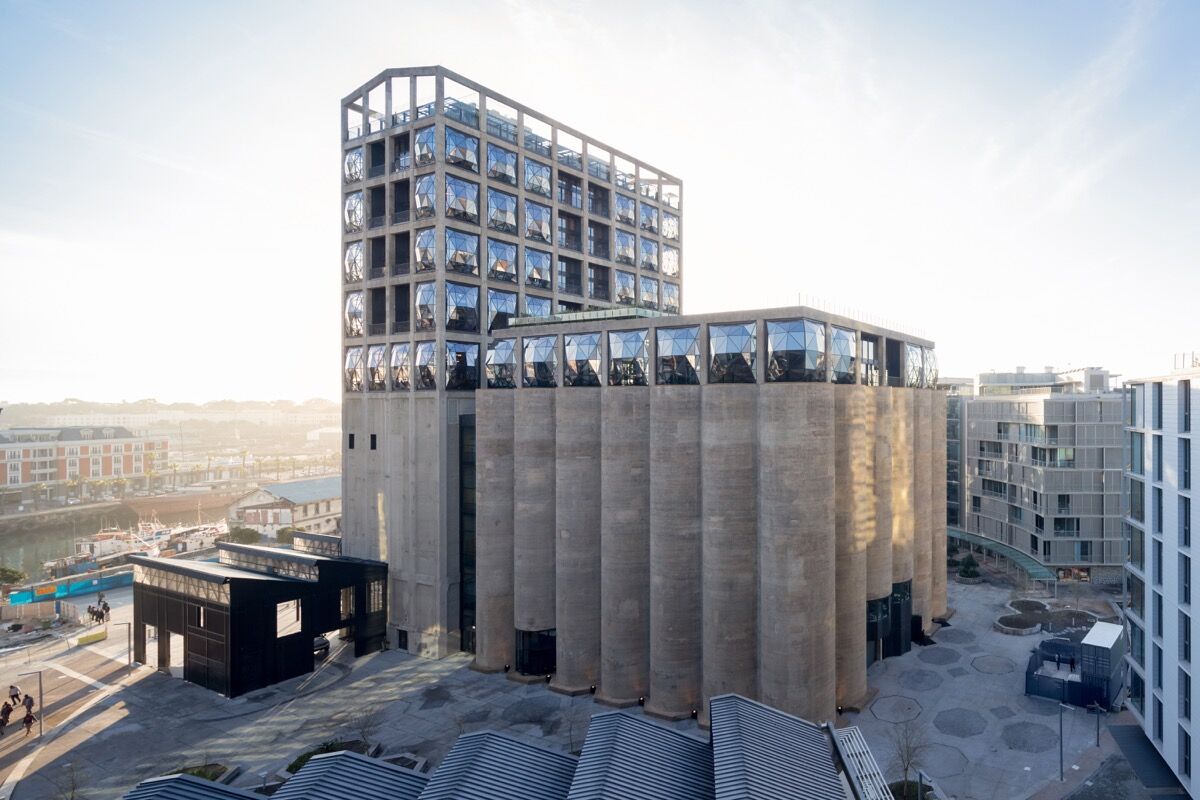 In 2011, the South African artist
Nicholas
Hlobo
presented Iimpundulu Zonke Ziyandilandela at the 54th Venice Biennale. The celebrated artist’s sculptural installation, whose title translates to “All the Lighting Birds Are After Me,” alludes to the Xhosa myth that sees the bird as an evil, vampiric creature, summoned to do the bidding of tribal witch doctors.
In mythology, the Lightning Bird can metamorphose into the form of an attractive male who preys on unwitting women. In bringing the legend to life, Hlobo, a gay artist, reimagined it as a deeply personal tale, one that both honors and challenges African traditions and taboos—in this case, ideas about masculinity on the continent.
Hlobo’s Lightning Bird—or hamerkop, the real-world African breed that is believed to correspond to the mythological creature—is the first artwork that will welcome visitors to Africa’s new Zeitz Museum of Contemporary Art Africa (Zeitz MOCAA), which opens to the public on Friday, September 22nd. Shrouded in pink light, with wings covered in satin ribbons, the giant creature is suspended amid the sound of birdsong that fills the grand concrete atrium. “It gets at the heart of our mission,” explained the museum’s chief curator and director, Mark Coetzee, standing before the bird last week. Coetzee, who oversaw every aspect of the museum’s creation, points to Hlobo’s sculpture as an indication of the seachange he and other museum representatives hope the institution will bring, providing a platform for African artists to subvert deeply entrenched stereotypes of African life and art.
Zeitz MOCAA, located in Cape Town, South Africa, is the first public institution to be devoted solely to contemporary African art (and art of the Diaspora) on the entire, 54-country continent.
Sitting on Cape Town’s V&A Waterfront, the Thomas Heatherwick-designed museum is a symbol of South Africa’s historical place within the global context. The 11-story building, which features a hotel at the top, was converted from Cape Town’s grain silo complex, completed in 1924. The tallest tower in sub-Saharan Africa for nearly half a century, the 42-silo building played a pivotal role in driving the movement of the country’s goods, ideas, and people around the world. Advertisement
Heatherwick has transformed the old factory into a grand kunsthalle, a truly awe-inspiring, concrete-cave-like, architectural wonder. His first project on the continent, the British architect brilliantly cut through the tight network of tubed silos to create the post-industrial structure, which features over 100 galleries, a rooftop sculpture garden, and six research centers dedicated to Art Education, Curatorial Excellence, Performative Practice, Photography, the Moving Image and Costume Institute.
If Zeitz MOCAA succeeds curatorially, the building could put South Africa in a position of considerable cultural power as it seeks to become the global trader of contemporary African visual experiences.
Zeitz MOCAA’s collection is built on the foundation of its namesake, Jochen Zeitz, the former CEO of Puma and avid collector of contemporary art from Africa and its diaspora. The Zeitz collection, however—unlike those of most Western institutions such as the Guggenheim Museum or the Tate galleries, which are named after principal patrons—is not a permanent part of the museum. Rather, the collection is on loan for the duration of Zeitz’s lifetime.
This fact has sparked controversy, causing one well-known white Johannesburg-based artist (who requested anonymity) to describe the project as something of a farce. “What museum?” he said, when I asked him to share his thoughts on the effort. Another artist I spoke to shared similar views: “We obviously all want it to succeed, but why is Zeitz’s name on the building? Is this colonialism?” 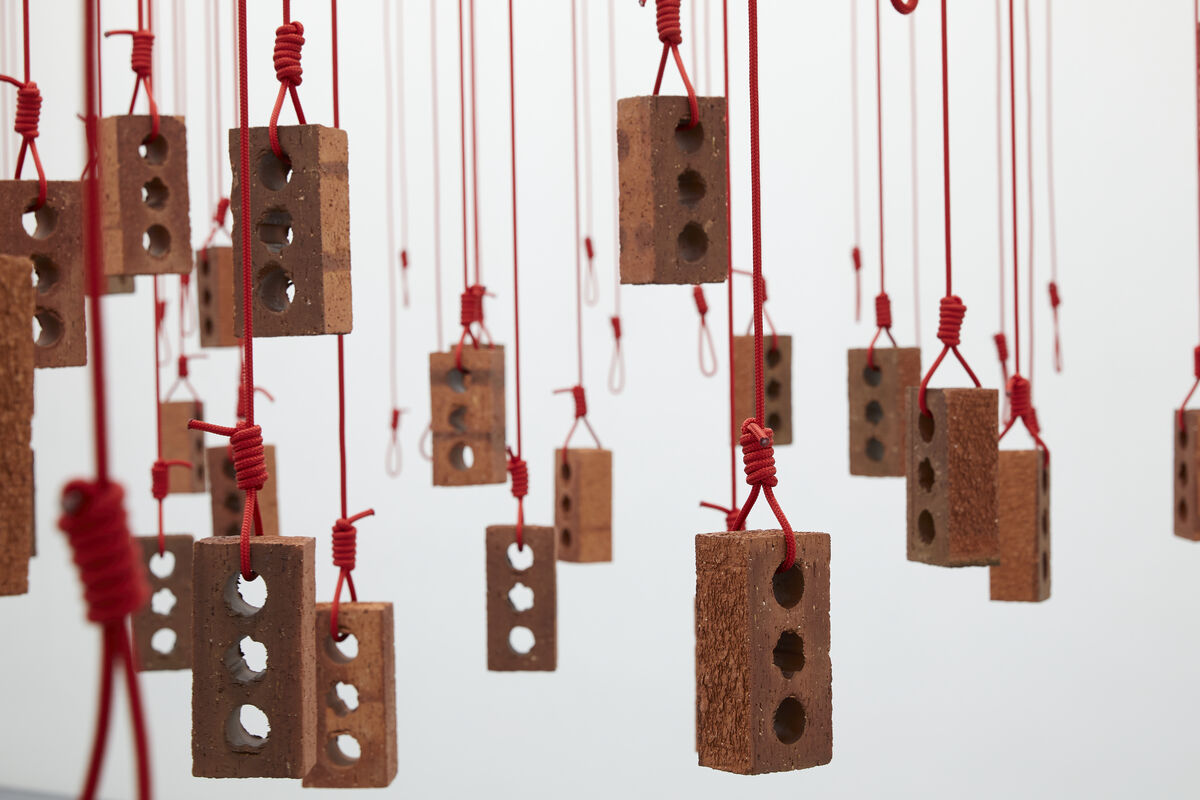 Art Africa staff writer Ellen Agnew put it this way: “When researching Zeitz, there is certainly some difficulty in ignoring the overarching amount of white male voices present in the construction of the museum.” She notes that the building was designed by Heatherwick, a white British man; founded on the collection of Zeitz, a white German man; and is being run by Coetzee, a white South African man—all in a country that is nearly 80 percent black.
“One is reminded,” Agnew writes in a profile of the museum, “of Sartre’s words about how the ‘white man has enjoyed the privilege of seeing without being seen for the past 3,000 years.’”
The appearance of the museum being yet another white power grab in Africa is further exacerbated by the fact that the museum’s five trustees are white and the advisory board is co-chaired by David Green—the white British CEO of the V&A Waterfront, who funded a large part of the museum’s 500 million rand ($38 million) construction cost—and Jochen Zeitz himself. (When I spoke to Zeitz in Johannesburg recently, I asked him what he wanted to achieve with the museum. He simply said: “I hope many people from all over the world come see it.”)
A board meeting at Zeitz MOCAA may be like one convened at MoMA or the Whitney Museum, but unlike those august institutions, the curatorial staff, according to Coetzee, is representative of South Africa’s most recent census and is overwhelmingly black. The museum also has an endowed curatorial program that will train aspiring African curators, with the hopes that they return home to work specifically in the context of their communities. Installation view of a gallery with works by Nandipha Mntambo. Courtesy of Zeitz MOCAA.

Gallerists, curators, and artists I spoke to raised concerns about the museum’s centers of power. But all remained hopeful that, although Zeitz MOCAA’s leadership does not look like the public it will serve, the museum could be a cultural space unlike any seen on the continent. “When you look at the contemporary art scene, we have great artists but we don’t have platforms for them,” said the director of the FNB Joburg Art Fair, Mandla Sibeko.
According to Sibeko, only 12 countries in Africa have at least one contemporary art gallery, so platforms like FNB Joburg and Zeitz MOCAA represent two of very few international opportunities for artists.
“Look, if there is any institution that can support and house African art on the continent, I think it’s a very positive thing,” said South African artist
Robin Rhode
before his performance at the fair. The celebrated Nigerian curator Bisi Silva was also tentatively enthusiastic. “We are all very excited about it, of course,” she said, “but what we do definitely want to see is that it reaches out across the continent, and that’s something that’s sometimes not as easy from South Africa. I think that is going to be very important.”
The 100,000-square-foot museum’s inaugural exhibitions feature about 300 works of art that, at least to my Western eyes, are impressive. The 11 shows—“Wounded Negatives,” “LGBTQI+,” “Material Value,” and “States of Grace,” to name a few—present an intergenerational mix of a few white but mostly black voices from across the continent, such as Gabrielle Goliath,
Nandipha
Mntambo
,
Mouna
Karray
, and
Samson Kambalu
. 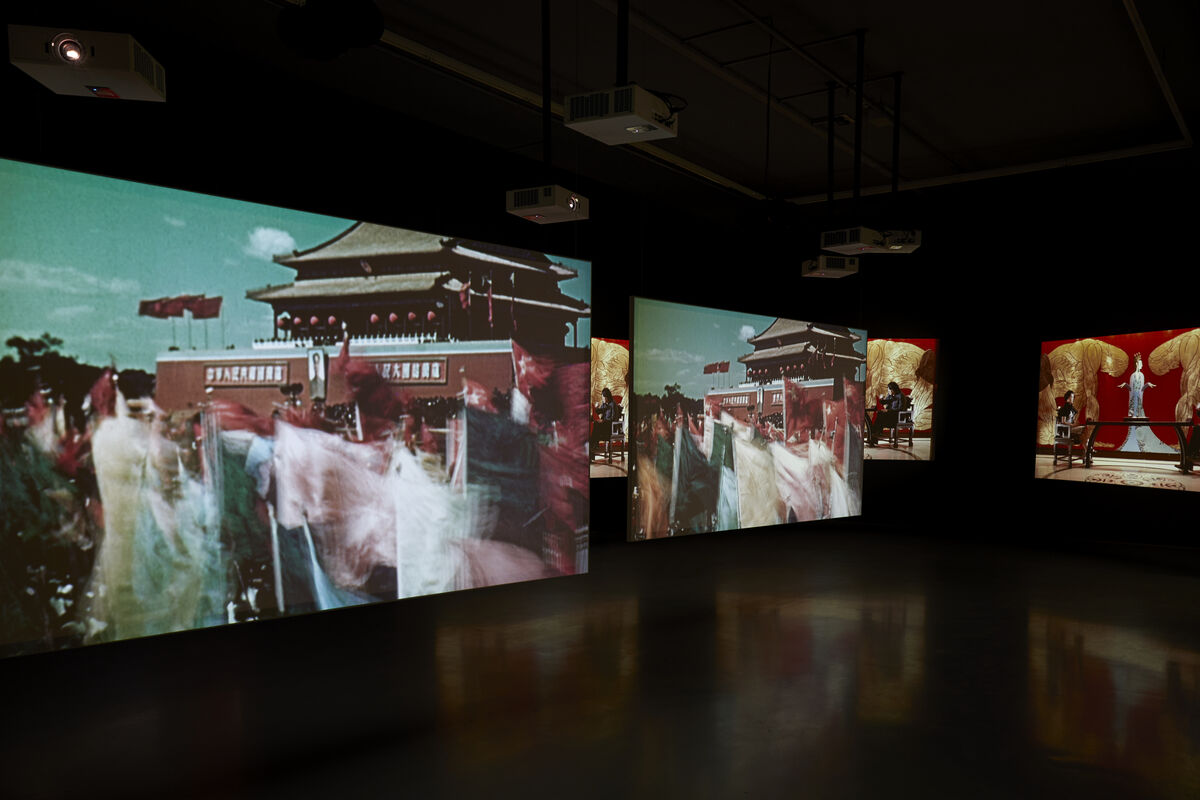 There are works by the biggest names in African art, including
El Anatsui
, who created a special wall work for the museum, and
William Kentridge
, whose processional history, More Sweetly Play the Dance (2015), is on view. The British-Nigerian artist
Yinka Shonibare MBE
’s Addio del Passato (2011) occupies the museum’s four-story dusthouse and the British artist
Isaac Julien
’s incredible nine-double-sided screen projection, Ten Thousand Waves (2010), occupies another gallery.
During its opening weekend, Zeitz MOCAA is expecting about 24,000 people to pass through its doors. To appeal to a broad audience and maintain the flow of visitors, the galleries are heavy on figurative art. There’s a room devoted to the rising stars of South African photography, like
Zanele Muholi
and
Mohau Modisakeng
, and a series of masked self-portraits by the Kenyan artist
Cyrus Kabiru
, “Macho Nne 01-25” (2014).
In the third-level galleries, the Zimbabwean artist
Kudzanai Chiurai
has an early-career survey titled “Regarding the Ease of Others.” His cinematic photographs explore colonialism, nation-building, and masculinity by recasting Africa and its symbols (many of them inherited from colonialism) into a femme fantasy where women reign supreme.
“It’s incredible to have my work shown at the museum,” said Chiurai. “But what you have to consider is the museum will be there for the next 600 years and it’s not  just a reflection of my lifetime. It will change, and for me, that’s the exciting part. There might not be a need for a museum in 300 or 400 years’ time.”
“All Things Being Equal..,” the major group exhibition curated by Coetzee and a host of Zeitz’s assistant curators, makes the museum’s primary opening statement. It features some of America’s best black male artists such as
Glenn Ligon
,
Kehinde Wiley
,
Hank Willis Thomas
, and many more African artists like
Ghada Amer
,
Wangechi Mutu
, and
Jeremiah Quarshie
. Taken together, the works present a cacophony of voices grappling, according to the exhibition’s curatorial statement, with one question: “How will I be represented in the museum?” Installation view of Mary Sibande, In the midst of chaos, there is opportunity. Courtesy of Zeitz MOCAA.

“People should be able to see themselves on the walls and in the work,” explained Coetzee of this relatively simple guiding curatorial strategy. “Museums have not been user-friendly environments, they have not represented our entire communities, and not seen themselves in service of the entire society. Of late, [museums] have really become conscious of this stuff, but there’s no audience—so we have to build one.”
In South Africa, black people were barred from entering museums until 1994, when Apartheid officially ended. Given this history, Coetzee says, the museum has decided to privilege the black figure as a way of welcoming a skeptical audience. “A lot of the work is trying to reconnect the city, the country, and the continent,” he said.
The heavy focus on literal depictions of the black body in almost every room of the museum also runs the risk of essentializing it, I suggested to Coetzee. “That’s a higher-level art problem,” he said. “We get one shot to present ourselves to the public.”
So it is that the art on the walls often uses the black body to contest history, as a kind of protest instrument. It’s a play right out of the market-driven, Western production of black art. But is that how Africans want to see themselves?
Walking through the Zeitz MOCAA’s galleries, what becomes resoundingly clear is that a contemporary art museum is a uniquely Western idea. The challenge for the institution is to make it a truly African one.
Antwaun Sargent
Related Stories